DC Comics & Flash #765 Spoilers & Review: Doctor Alchemy Gets A BIG Power Upgrade, But Is He Really Behind Flash’s Troubles?

Doctor Alchemy Gets A BIG Power Upgrade, But… 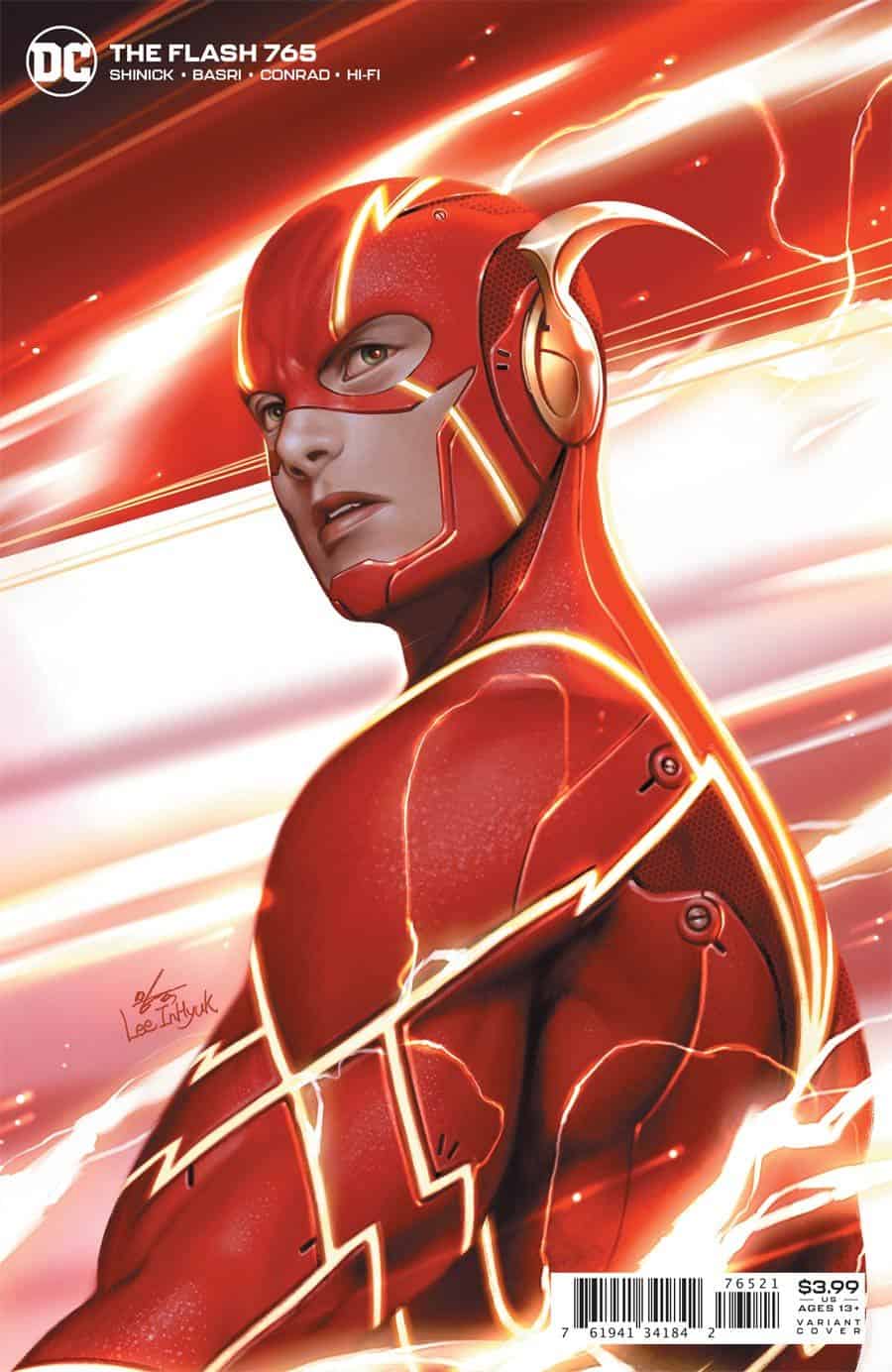 …Is He Really Behind Flash’s Troubles? 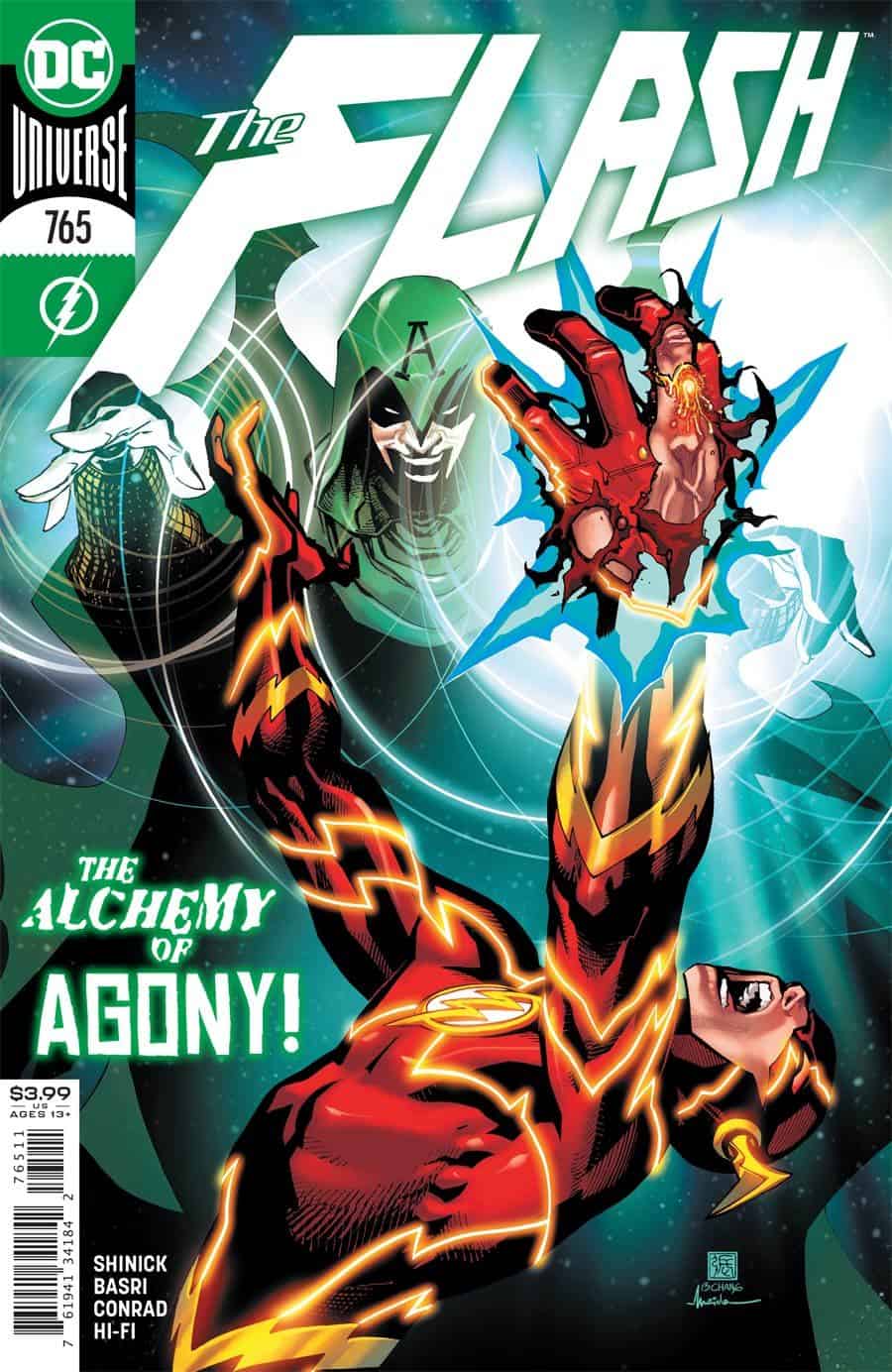 Barry Allen aka the Flash… 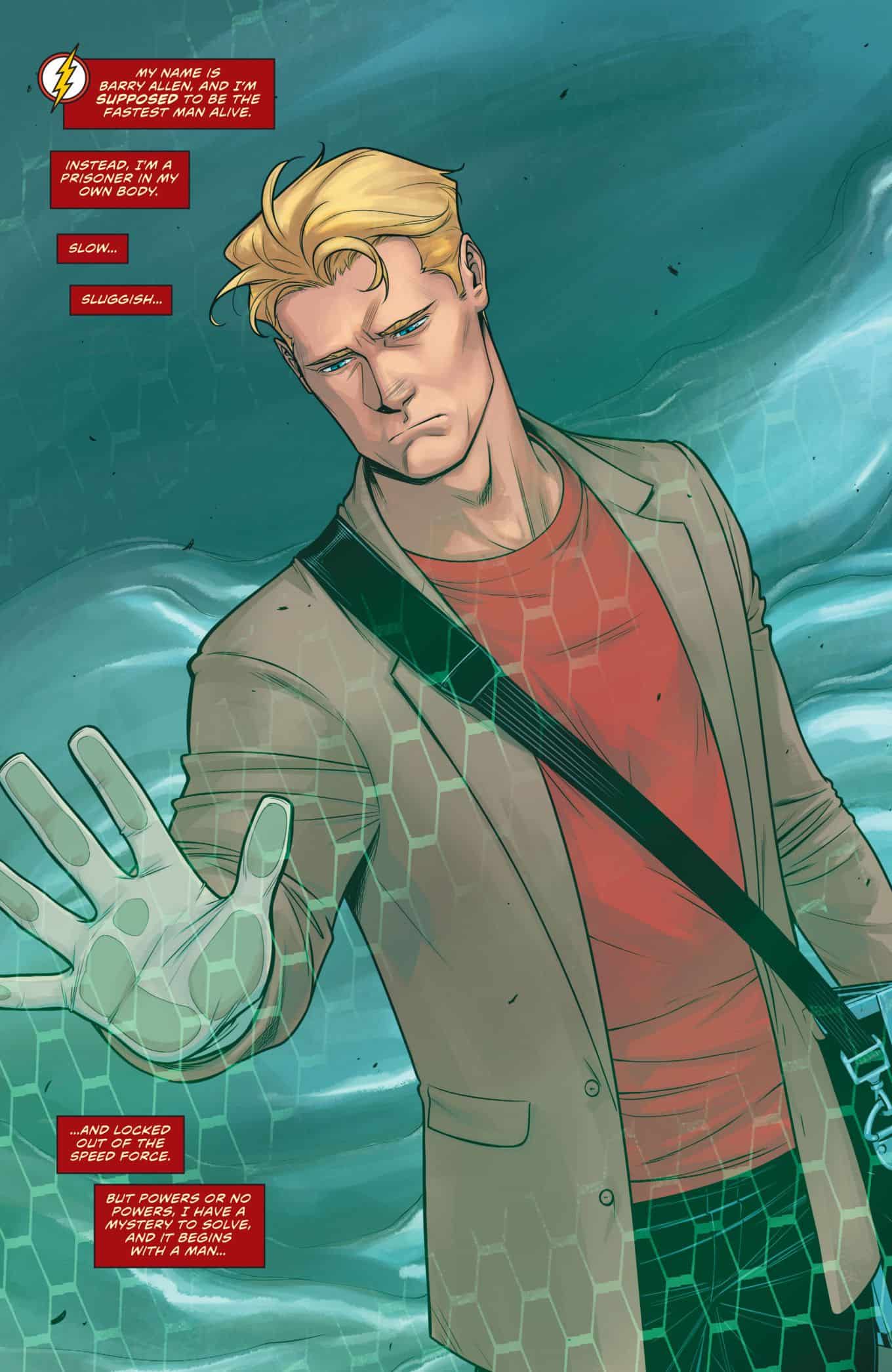 …gets readers caught up on… 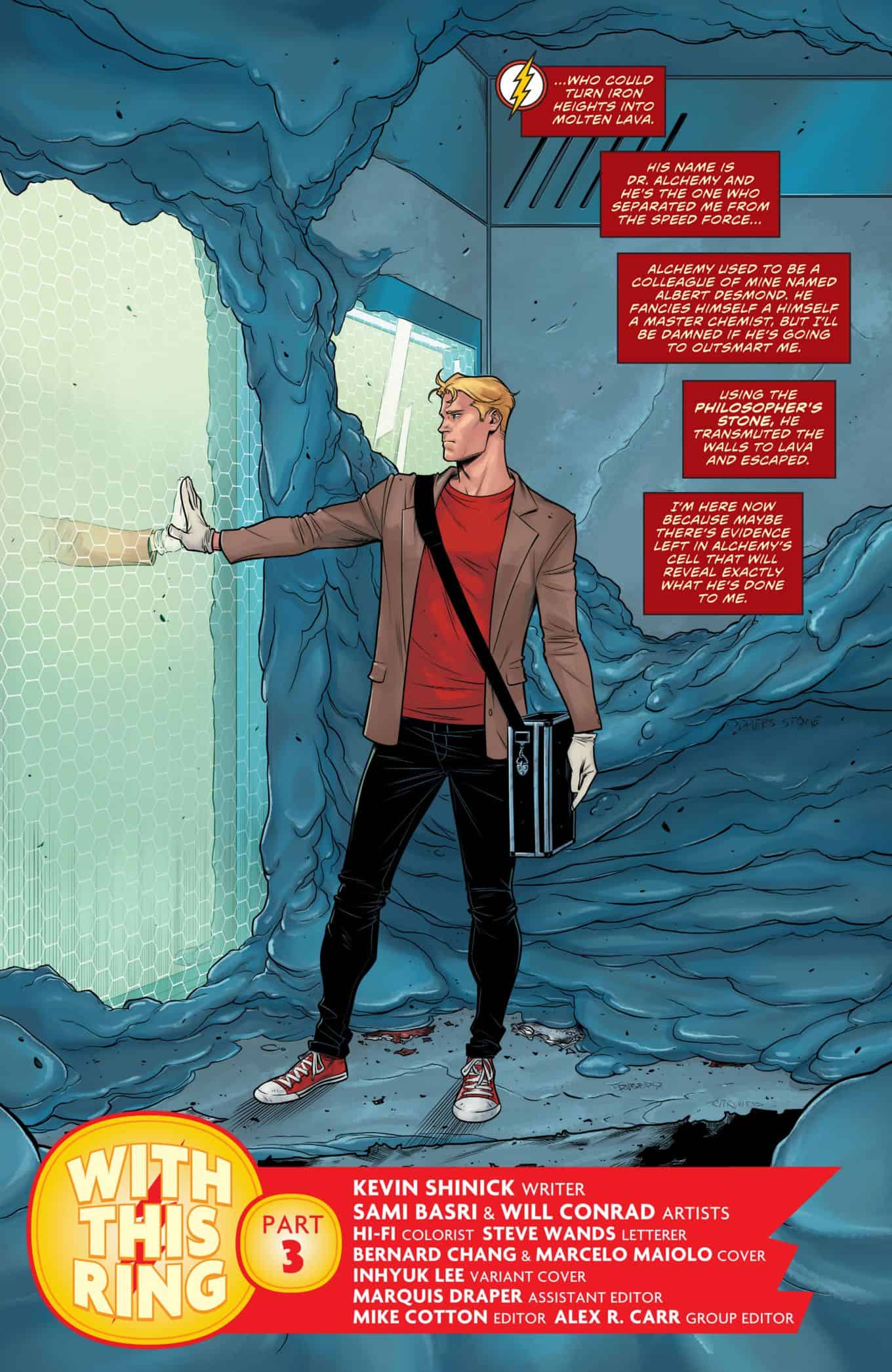 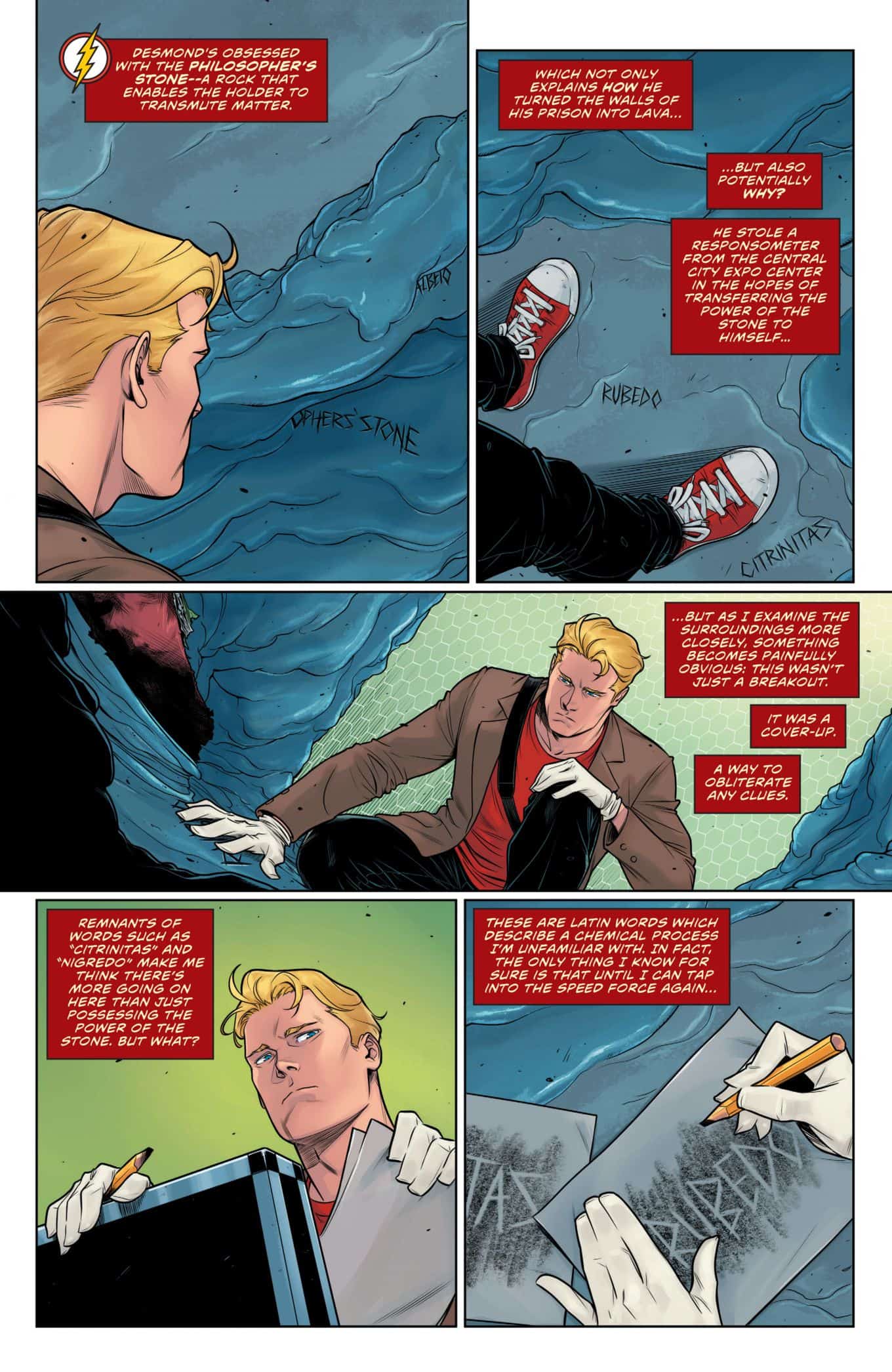 Doctor Alchemy has seemingly severed his connection to the speedster and running roughshod over Keystone City. 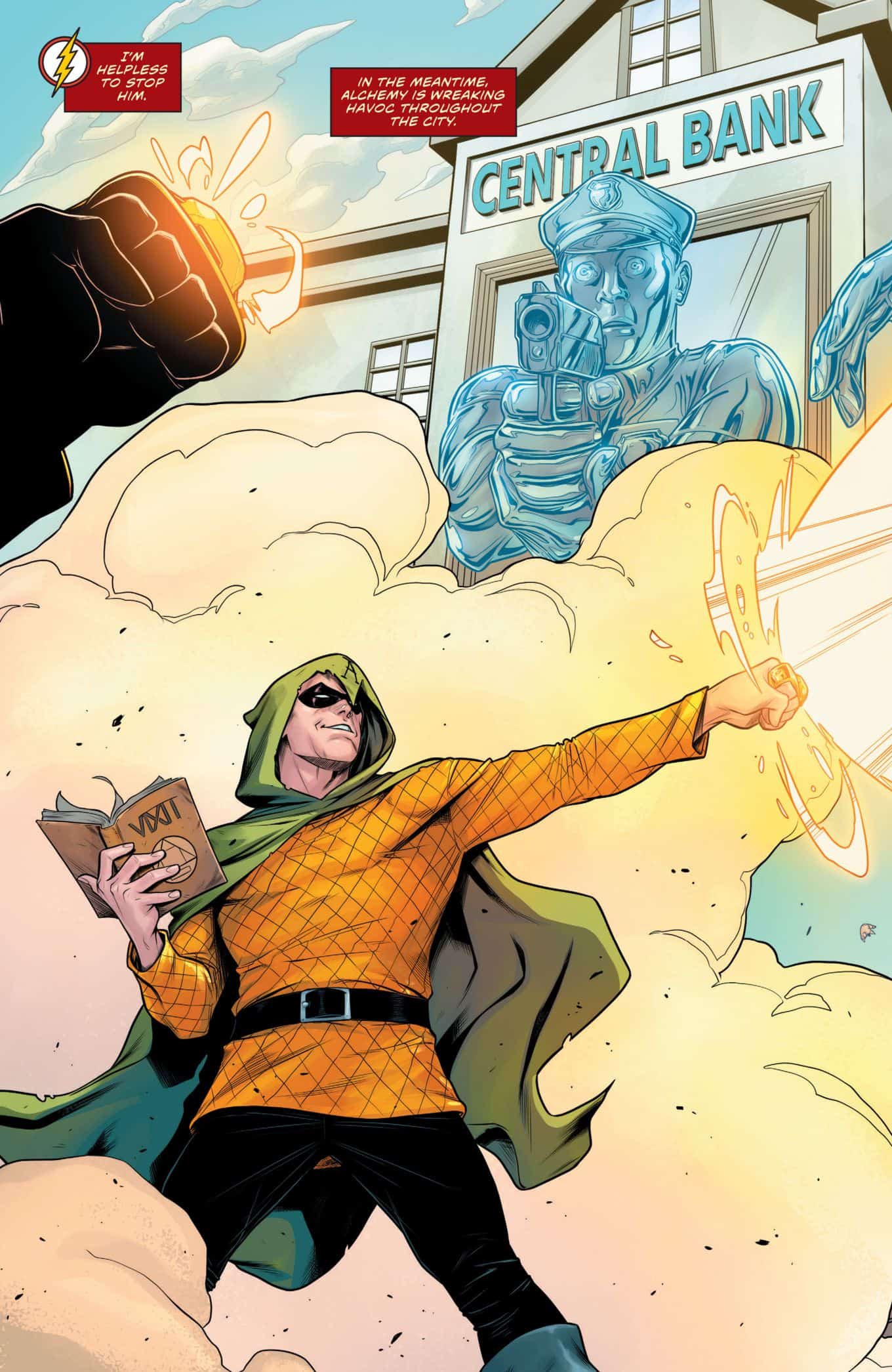 In a roundabout way, the Flash realizes that Doctor Alchemy did something to his ring that stops him from connecting to the Speed Force, but without the ring he’s the Flash again. 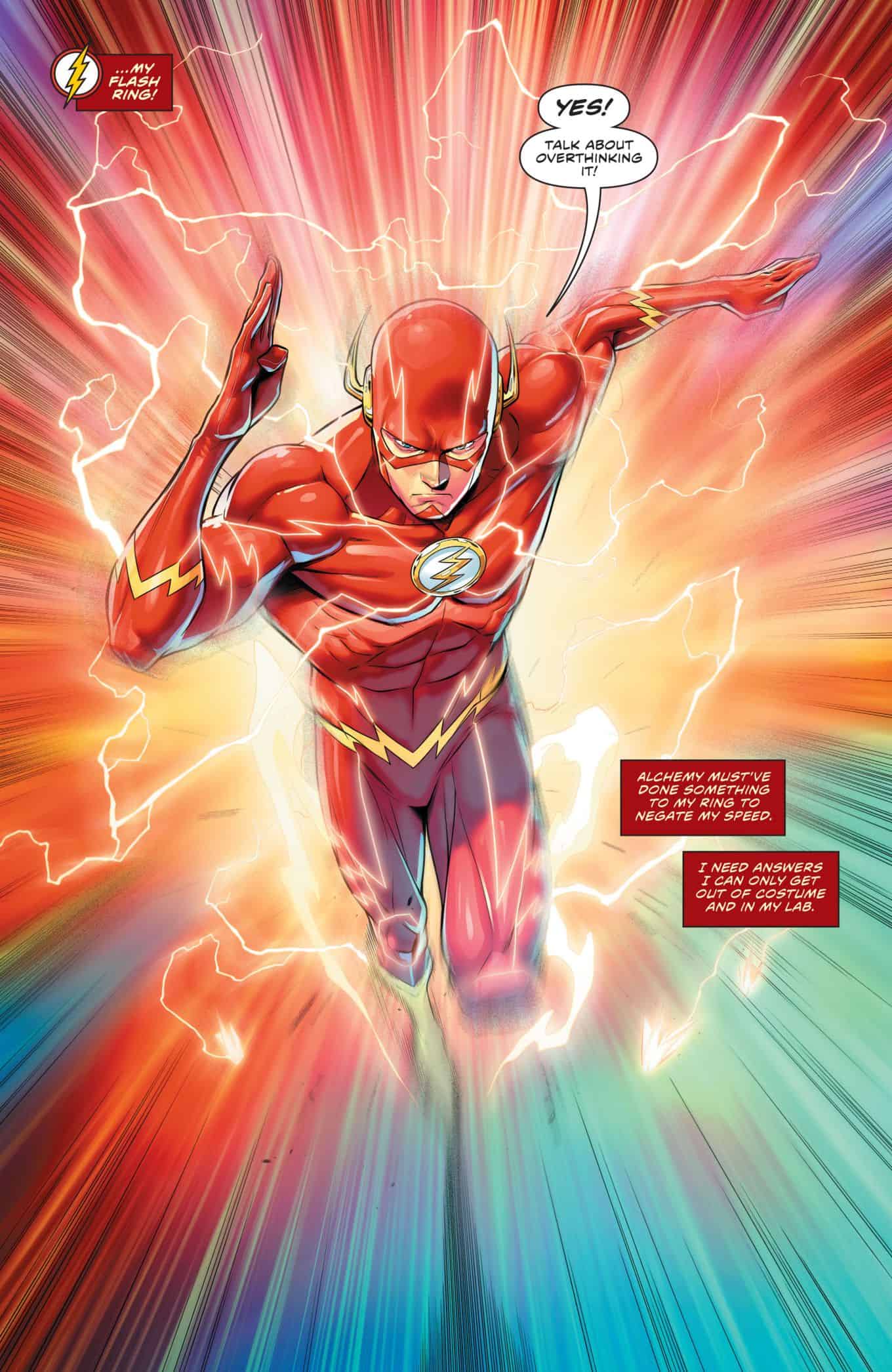 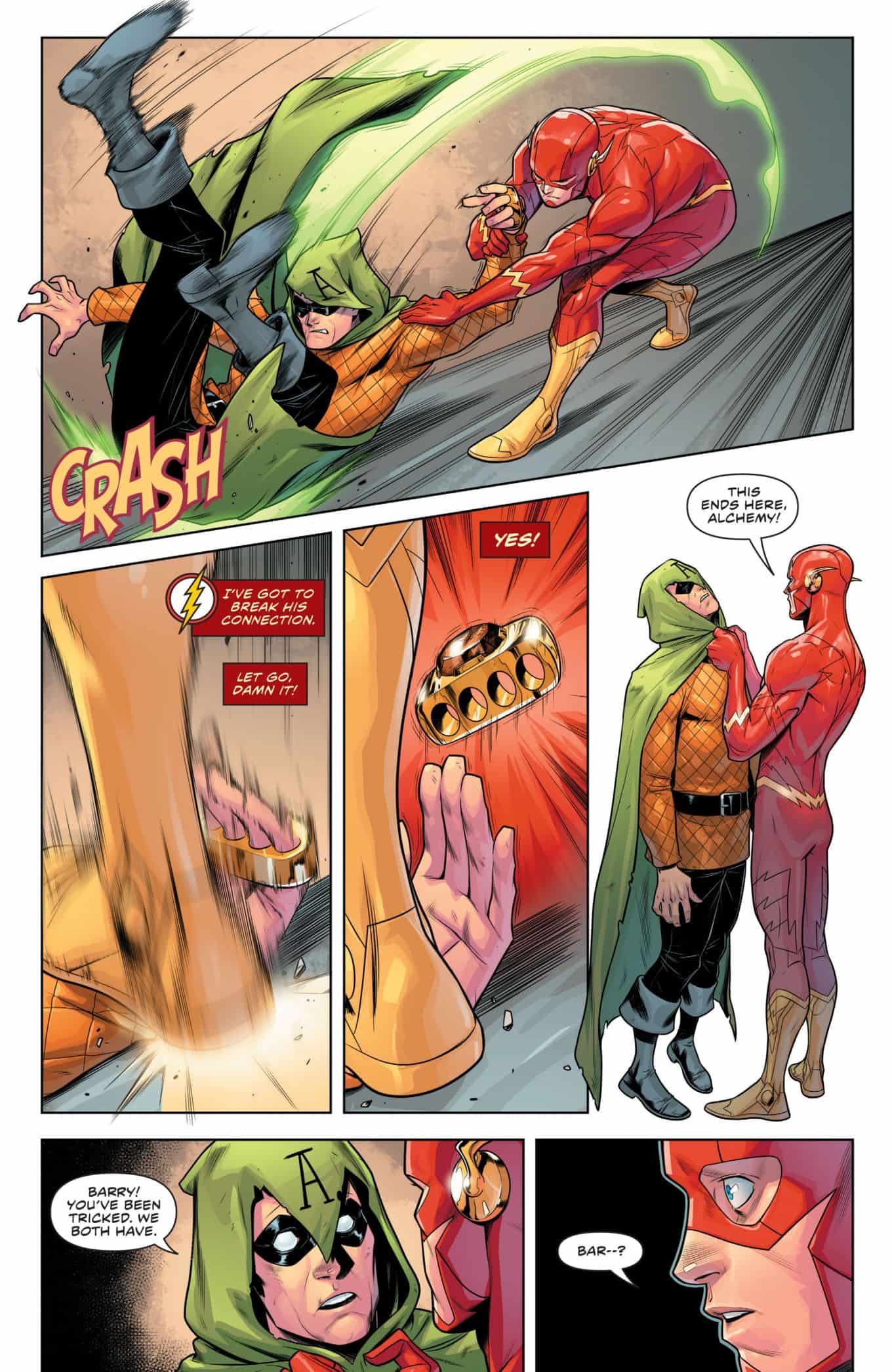 …stunning him and allowing Alchemy to get a big punch in. 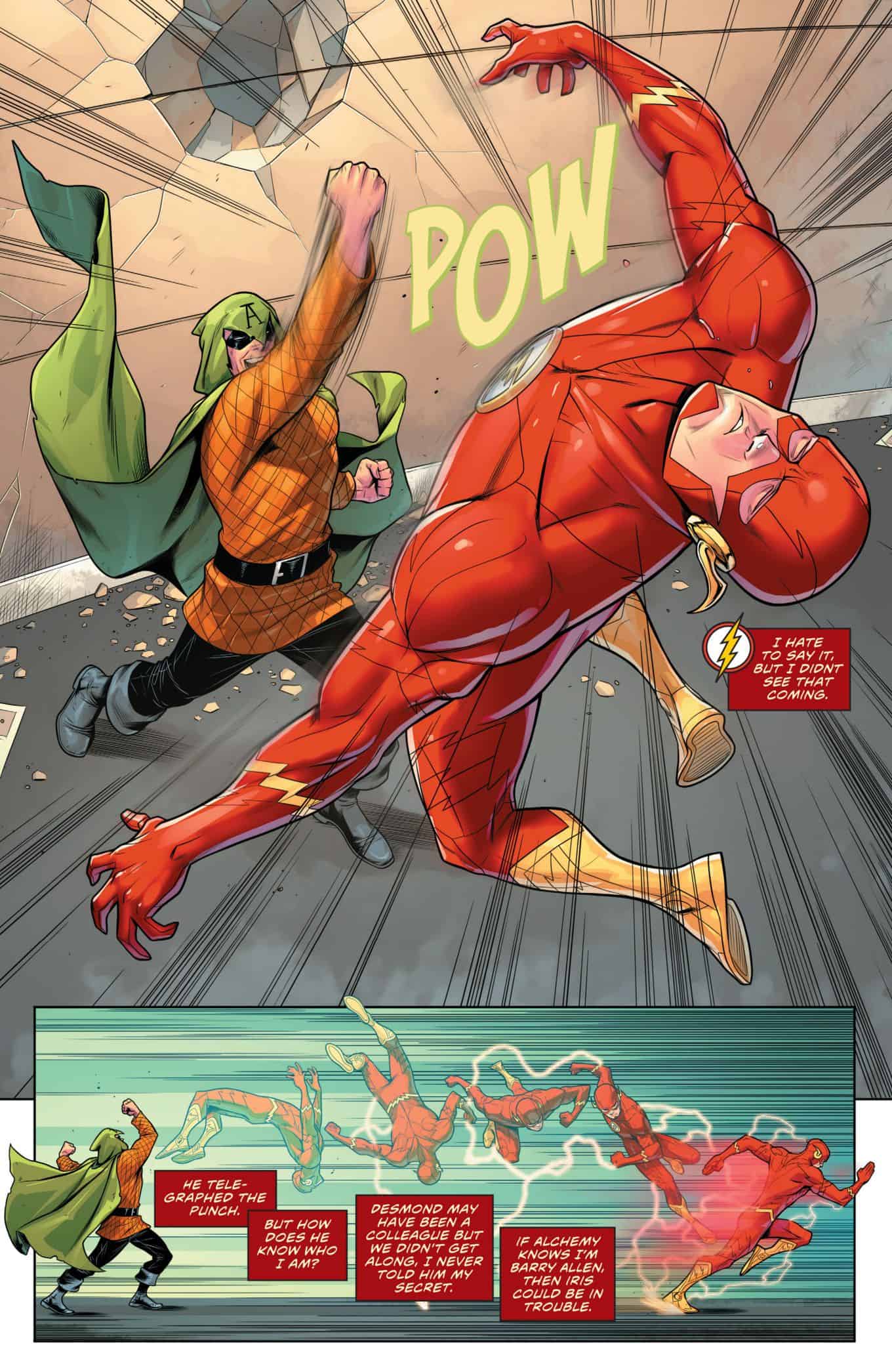 Barry worries about Iris and takes her to safe space, but Alchemy is able to follow because two issues ago the Trickster put micro-cameras on the Flash eyes; so just how many villains know the Flash is Barry Allen now? 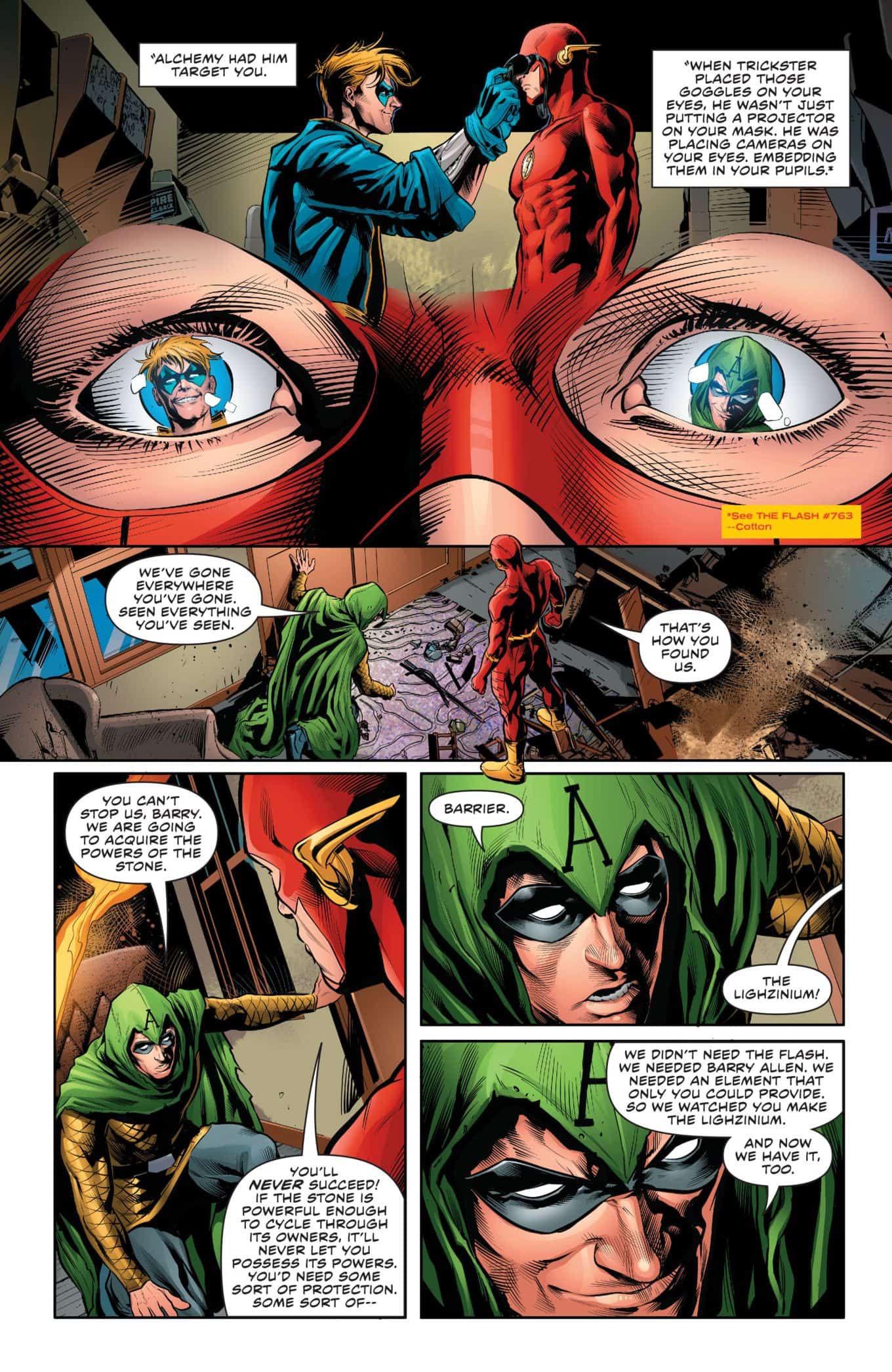 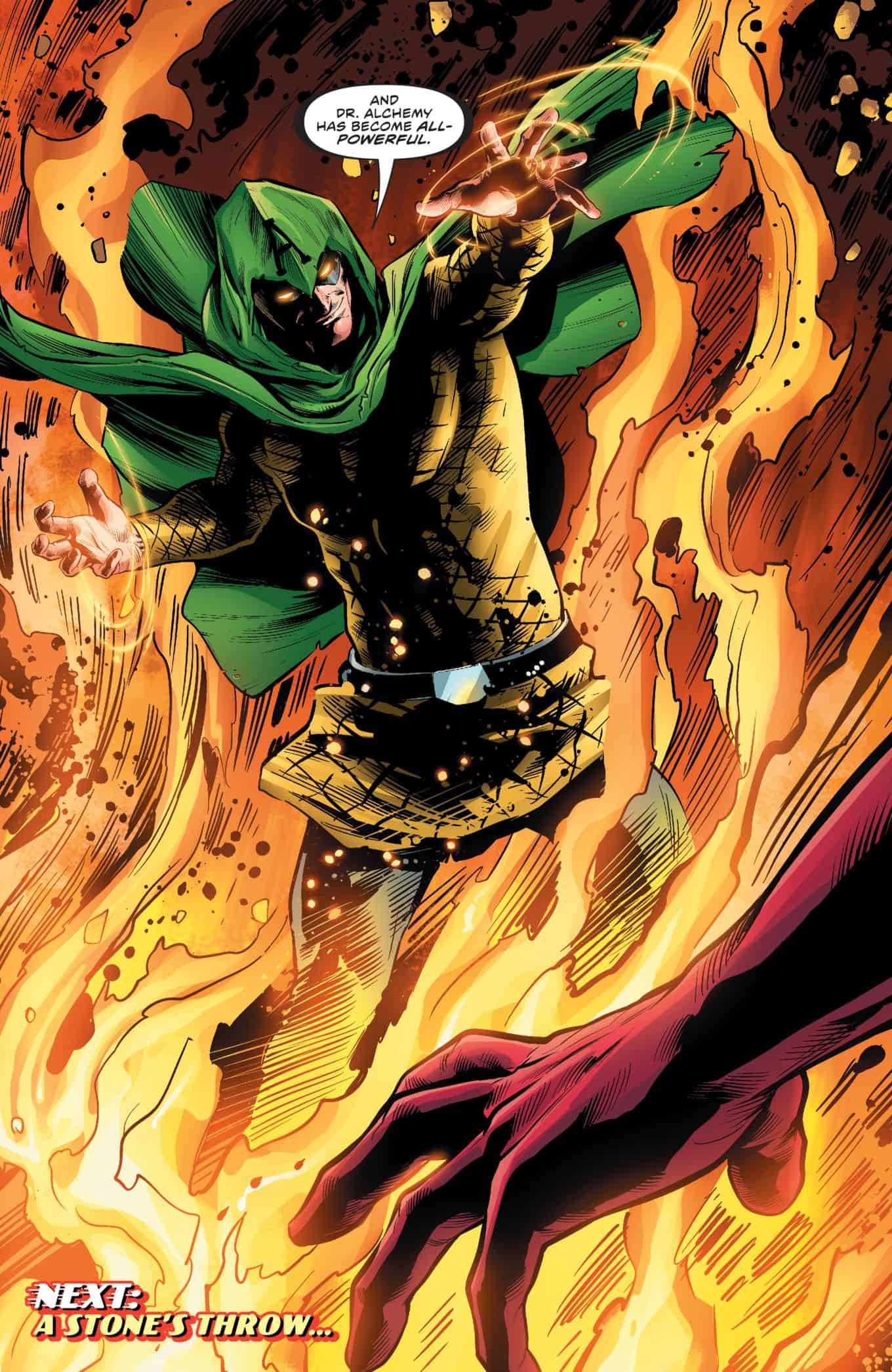 A compelling issue with solid art. 8 out of 10.