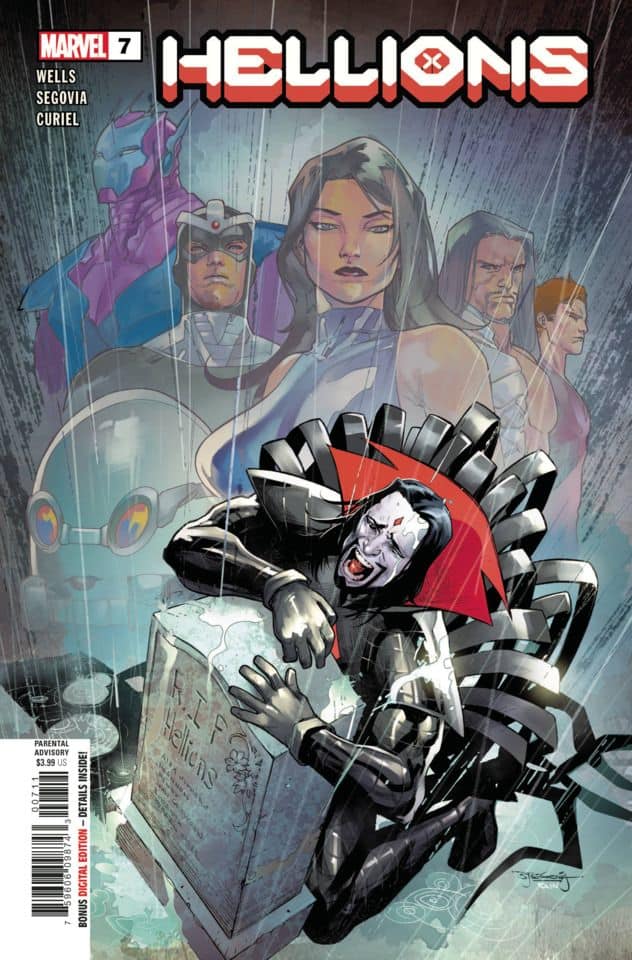 Hellions #7 – It’s a little odd that Hellions would be the first X-Men book to come out after the end of X of Swords, but it’s maybe even odder that this book, which I made fun of when it was announced, is turning into one of my favourite titles.  Mister Sinister is going to great lengths to get the team resurrected and working for him again, although both Wild Child and Nanny, who died on Arakko, come back differently.  Orphan Maker is also changed, and needs a new suit of armor if he’s going to be able to exist on Krakoa.  That means the team is off to retrieve Nanny’s old ship from the Right, who have confiscated it.  Kwannon continues to play Rick Flag to Sinister’s Amanda Waller, and it creates a really interesting team dynamic.  There’s a lot going on with this book, and it looks like it’s going to be using its connection to X of Swords to further enrich where this book is headed.  I hope it picked up lots of new readers from that event that are going to stick around for a bit.  Also, this issue made me laugh, which doesn’t happen all that often when I’m reading comics. 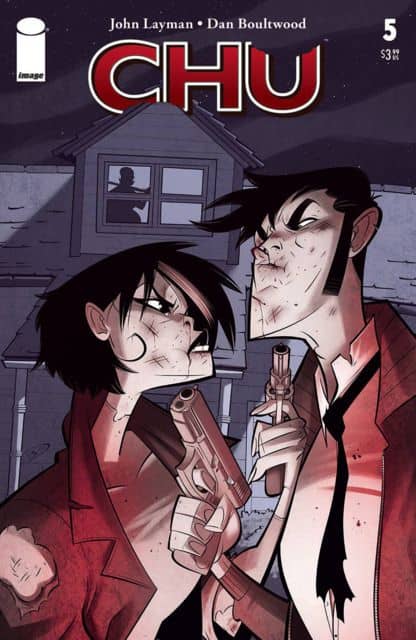 Chu #5 – Last week I missed a couple of books (the joys of curbside pickup shopping through a big vinyl screen), and so didn’t get to experience this until now.  I feel like this final issue in the first arc of Chu really makes everything click, and establishes this book as its own thing, out of the prequel shadow of Chew.  Saffron has to face what she’s brought on herself, but that helps ensure her future path.  I am liking this book a lot.  With this issue, I feel like artist Dan Boultwood let himself get even freer, and move away from the established look Rob Guillory created for the first run.  This is good stuff, and I’m looking forward to it returning from hiatus in the spring.

Daredevil #24 – When I missed this issue last week, I didn’t expect that there’d be another issue out already.  I will never understand some of the choices that Marvel makes.  This is another solid issue in a solid run.  Daredevil’s trial begins, and he has to decide if he’s going to fight the charges against him, or accept a deal and do some time.  Chip Zdarsky keeps the legal intrigue flowing here, and it’s a pretty exciting comic, especially considering that there are no actual fights in it. 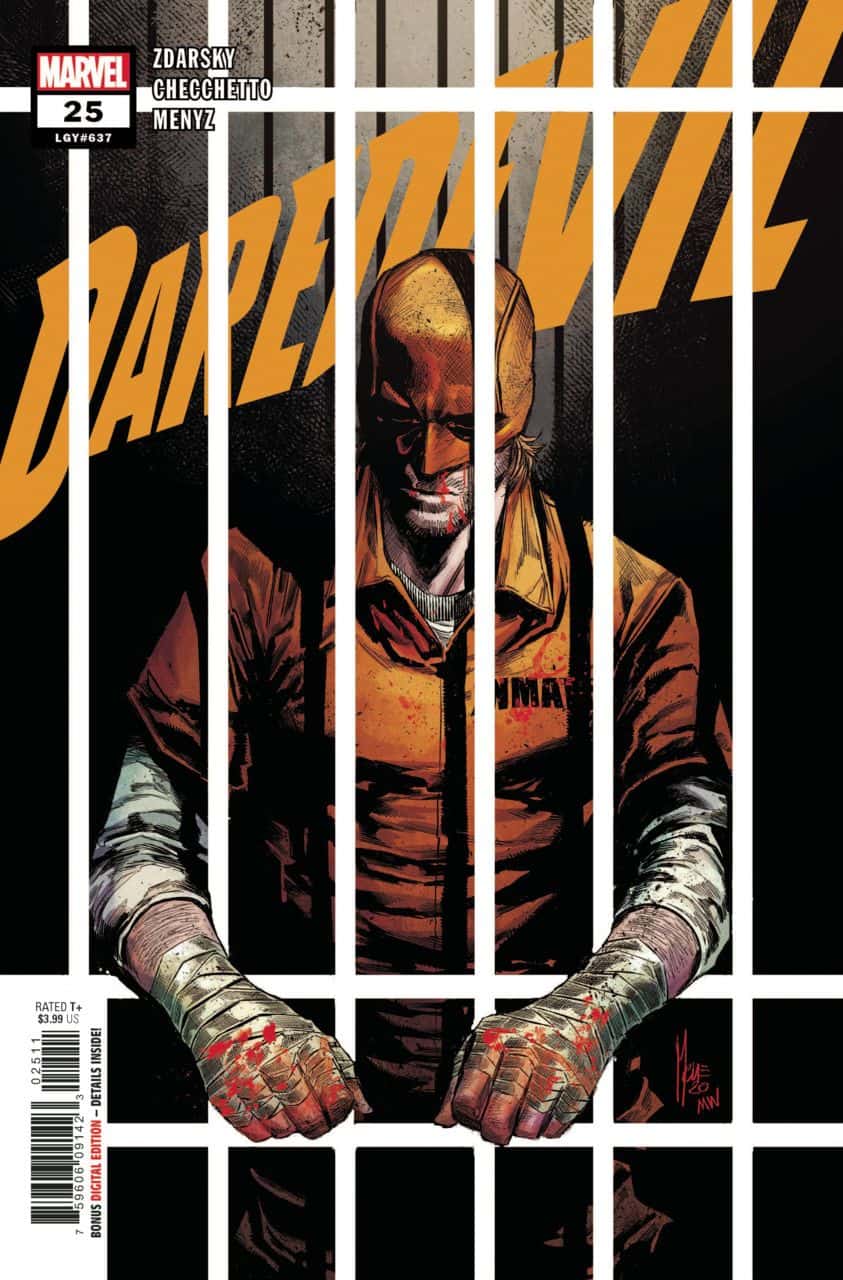 Daredevil #25 – Elektra has been showing up from time to time over the course of Zdarsky’s run, and now we finally learn why, and what she needs Matt for.  Unfortunately, with Matt locked up and unwilling to help her, she’s on her own, unless she can convince him that she’s changed.  This is a solid issue, setting up the next big storyline.  I like it.

E-Ratic #1 – Kaare Andrews (and Brian Reber) are back with a new miniseries, this one landing at AWA/Upshot.  It focuses on Oliver, who has just moved with his mom and older brother to a new town.  He’s had problems in the past, and is generally pretty terrified to repeat previous social blunders, although really, he seems to do okay on his first day.  The school is a very strange place, with teachers lecturing on oppression and social good (in front of what looks like a portrait of Kim Jong-Un).  This book apparently ties in with The Resistance, another Upshot book that I haven’t read.  We also learn that Oliver has gotten powers, somehow, that he can only use for ten minutes a day.  I found that the stuff about Oliver’s life, like that his mom’s promised new job is fake, and that she’s an alcoholic, was a lot more interesting than the random robot squid attack scene.  I always like Andrews’s art, and the character works for me, so I’ll stick around for the whole series.  I’m wondering if The Resistance is worth tracking down now… 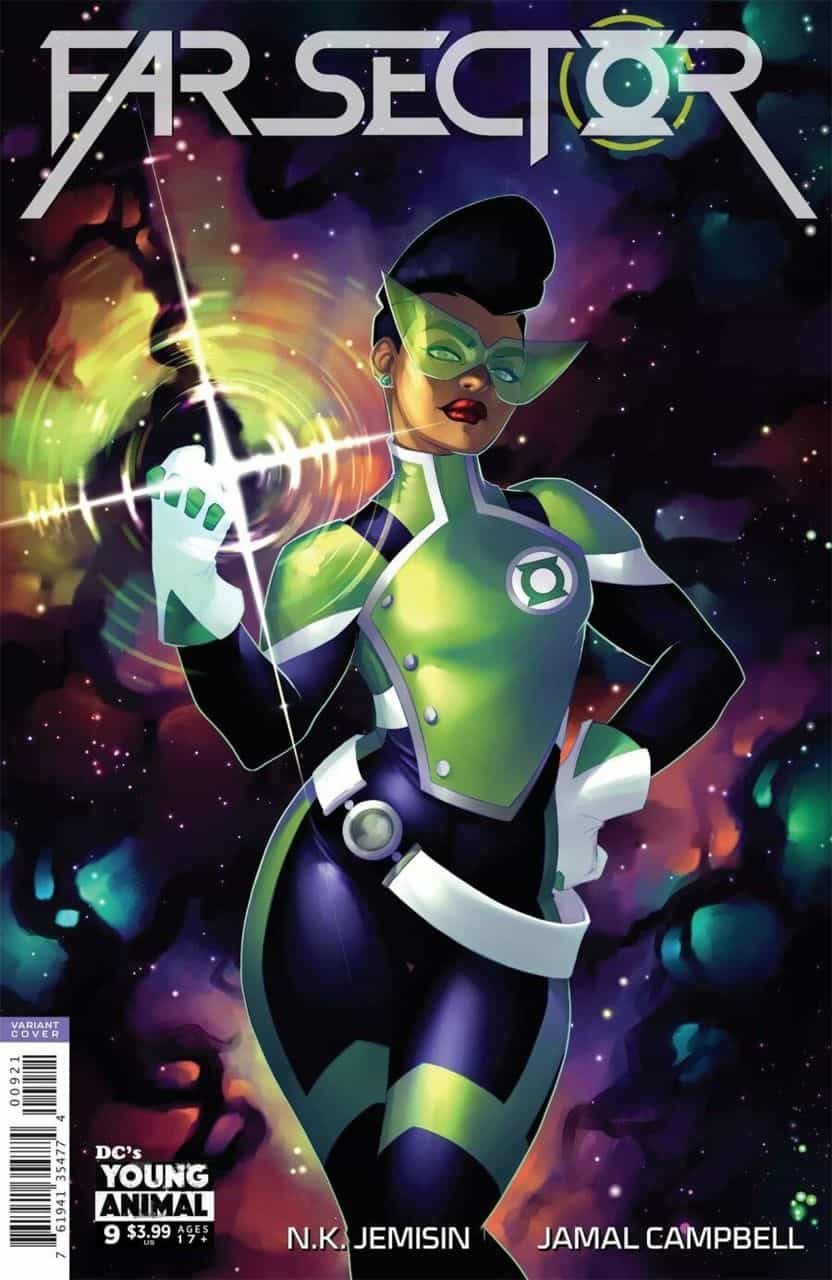 Far Sector #9 – I continue to really enjoy this series, but I’m wondering at the apparent lack of forward motion.  It often feels like each issue is given over to Jo continuing to explore the alien world she’s been assigned to, and while she keeps learning new things about the case she’s working on, I don’t ever feel like she’s getting closer to figuring out what’s going on.  Still, in terms of pure worldbuilding, this book is incredible.  I’m hoping that this is not NK Jemisin’s last comic.

Fire Power #6 – It starts to look like we’re finally going to be getting some answers in this issue, but instead, we end up with a lot more fantastic martial arts fighting.  Robert Kirkman and Chris Samnee are putting out a terrific series here.  I like how they’ve taken the typical martial arts tropes and secret orders, and really grounded them through the lives of Owen and his family.  The connections between the characters are so strong, that the sudden appearance of and apparent betrayal by Owen’s teacher doesn’t impact the depth of the relationship the two men have.

Miles Morales: Spider-Man #21 – The end of the Ultimatum storyline results in a pretty big loss for Miles, which I didn’t really see coming.  I’ve been finding myself checking out of this book lately, as it’s been stretched a little thin with the sort-of connection to that Outlawed thing that never really went anywhere, but the emotional ending of this issue really lands.  I’m hoping we’re getting back on track (but with upcoming King in Black tie-in issues, I fear the opposite is true).

Sacred Six #5 – With each new issue, the different strands of this series come together, as various characters reach a level of detente with each other, just as the conflict between the towns of Ashthorne and Sacred begins to grow.  I love Christopher Priest’s comics, the more confusing the better, but I always like it best when his complicated plans start to come together, like they are here.  The art is easier to follow than some previous issues too.

Spy Island #4 – We come to the end of Spy Island, which is a very strange little series.  Chelsea Cain is making a name for herself for creating unconventional and left field comics that incorporate fake ads and other fun tricks.  This series, about the spies who live in the Bermuda Triangle, got pretty weird around the time that trained sand fleas entered into the mix, but it all comes together nicely in the end (a lot better than the strands of Man-Eaters did).

Strange Adventures #7 – I’m not sure what all of the implications of the events portrayed in this issue are yet.  Adam comes clean to Alanna about something pretty pivotal to the book so far, and we get a look at what things were like for him when the Pykkts held him prisoner before, but I’m certain that Tom King is holding back some key information for later on.  This series continues to be a challenging and rewarding read.

That Texas Blood #6 – The first arc of this excellent crime comic wraps up this month, in a bloody way, and it’s all very good.  This book reminds me a little of Fargo, and how a bunch of straight-forward seeming people reveal more and more complexity in themselves as they get further into hot water.  I’ve been very impressed with this book from day one, and am pleased to know that sales are strong enough that it’s going to be around for a while.  I hope to see a lot more of Joe Bob and rural Texas in the months ahead.

Thor #10 – So Donald Blake is back, and he’s a psychopath who manages to cut his way through Asgard easily this issue.  Every single Thor arc is so apocalyptic lately, but I like how this one has a more personal aspect to it, and very little of Thor himself.  Nic Klein is doing great work on the art, and I think the concept is pretty cool.

X-Factor #5 – I’m so happy to see this book back to its regular cast and storylines, post X Of Swords.  The crew is helping with the restoration of the resurrection protocols, and use Wind Dancer as their test case.  Leah Williams has given this book a pretty big cast, but finds space to give them all a moment or two.  I like this title a lot, and am really happy with the selection of characters that populate it.  It’s strange how this and Hellions, two books that didn’t interest me when they were first solicited, have ended up becoming some of my favourite X-Books.

Ólafur Arnalds – Some Kind of Peace – When things get tough, and you realize that you can’t go get a massage or soak in your building’s hot tub due to Covid closures, putting on this new album from Iceland’s preeminent classical/ambient composer is a good alternative.  This is a lovely album, that sees Arnalds collaborating with Bonobo and JFDR on a couple of tracks.  It hit just right this week.

Adrian Younge, Ali Shaheed Muhammad, and Azymuth – Jazz Is Dead 4 – It’s been a great year for Younge and Muhammad, as they’ve been steadily pumping out these collaboration albums with jazz greats.  This time around, they partner with Brazilian greats Azymuth to give us a string of incredible compositions.