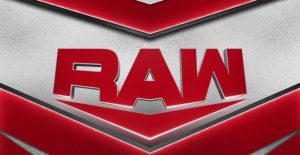 The regular show intro hits before the Firefly Inferno Fallout is hyped up. Charlotte comes out with the women’s tag title and her gear – with everything matching. Asuka comes out before Nia and Shayna come out for some bickering before Mandy and Dana come out. Mandy compares Nia and Shayna to reindeer and Dana says they aren’t the champs anymore. Dana and Mandy lose when Dana taps to the Kirafuda clutch with Charlotte and Asuka on commentary. This was a lot of yammering leading to a fairly sub-par match, and Charlotte’s commentary was grating. The faces get an edge by beating up the heels for a bit and the Hurt Business comes out to brag about their title win before posing and Truth photobombs them. The 24/7 gang chases Truth before the Hardy Bros come out and we get some horrible promo work with Riddle. Jeff says that the Hurt Business is greedy and they’ll fight with faith. Okay then. This was in fact a way to say some words.

Angel Garza offers to give the women in the world the gift of Garza before beating Drew Gulak with a sky high and Wing Clipper. WWE Title recap leads to AJ and Omos backstage with AJ complaining about Miz screwing him out of the title. He’ll be out for Miz TV to hear what Miz has to say with AJ burying Miz for losing and also losing his case. Miz hypes up the case in losing it as the thing that would get him in the main event once again, but now, no one respects him or cares – he needed that title. This is among his best promos ever and he apologizes to AJ and says he blew it. Morrison and AJ argue with some horrible banter before Drew, Sheamus, and Keith come out for a revolving door promo to set up a holiday street fight with all of them against each other.

Ricochet faces T-Bar, but not before a Retribution video package. Drew tells Keith to follow Sheamus tonight. T-Bar demolishes Ricochet with Feast Your Eyes before New Day cuts a promo earlier today about bouncing back. Lashley and MVP face the Hardy Bros with Riddle taking out MVP with an exploder and broton. Jeff’s in, but a twisto into the Hurt Lock ends it. I love that the full nelson is absolute death in 2020. Elias is interrupted by the Lucha House Party. Ryker pounces Metalik and chokebombs him to win. Randy cuts a boring promo about the stench of flesh burning before the lights go out and Alexa is mid-ring on a swingset. She cuts a promo on Randy saying that he built it for her and she wants to play with Randy. She says the Fiend could be getting sunburnt, or eating BBQ. He’s home – but he can leave home one day and come back to the playground. And if he does, it will be like nothing Randy’s ever seen.

Hyped for Super Fiend! Asuka and Charlotte face Peyton and Lacey with Charlotte tapping Peyton with the figure eight. Titus does a charity video and rewards someone with a car. The main event is every WWE holiday plunder street fight in history. Sheamus for some reason took a bump off the top through a holiday-themed table – which had better be replayed to death given that he’s got spinal stenosis and is working on borrowed time. AJ goes through a table and gets covered in egg nog, before Omos catches Morrison and tosses him through a table and Keith Lee spirit bombs Miz to win. Sheamus, Lee, and Drew have great chemistry, but the holiday stips hurt this main event-level match.