How Does FINAL One-Shot… 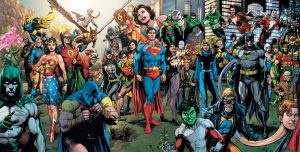 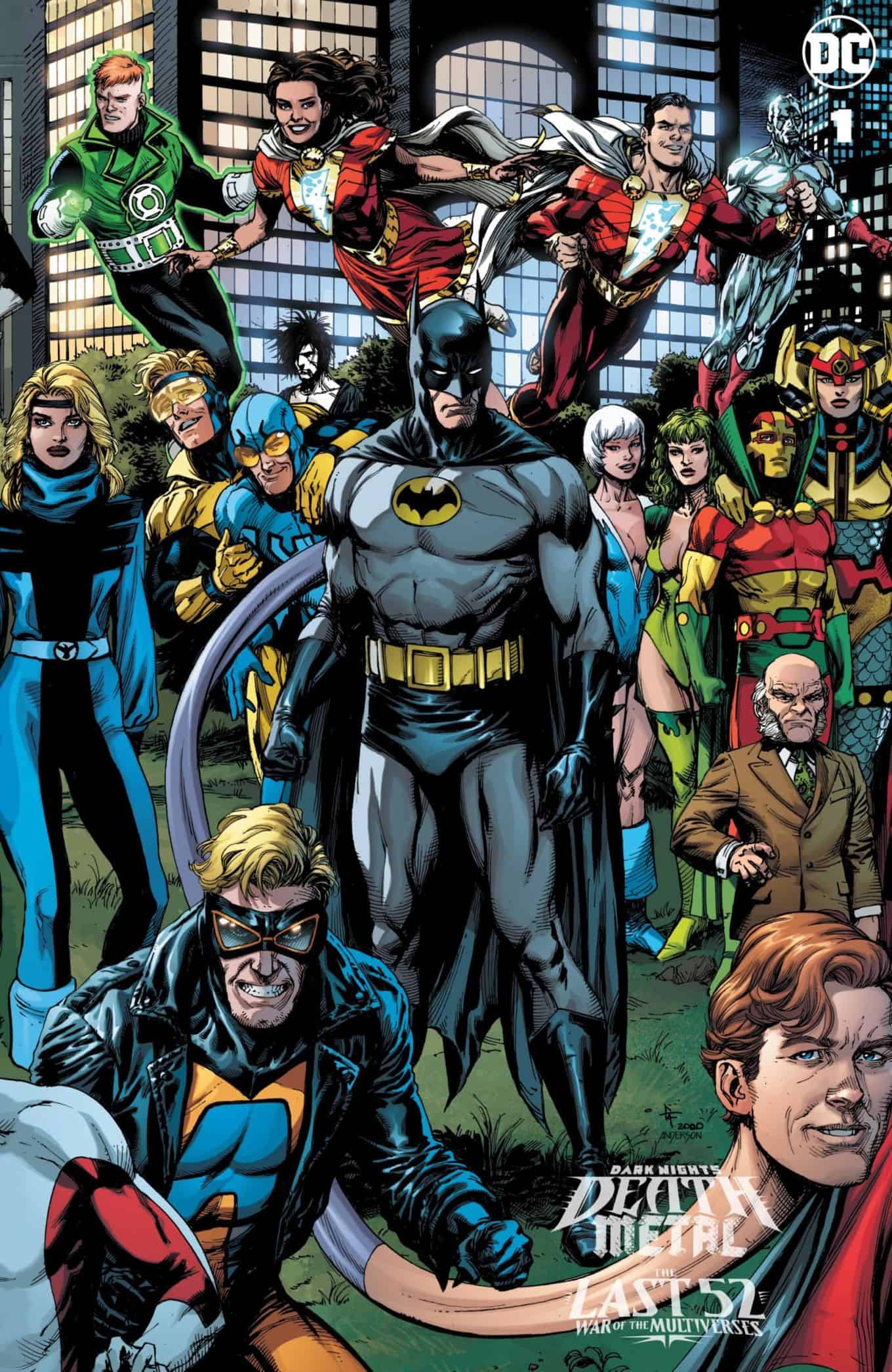 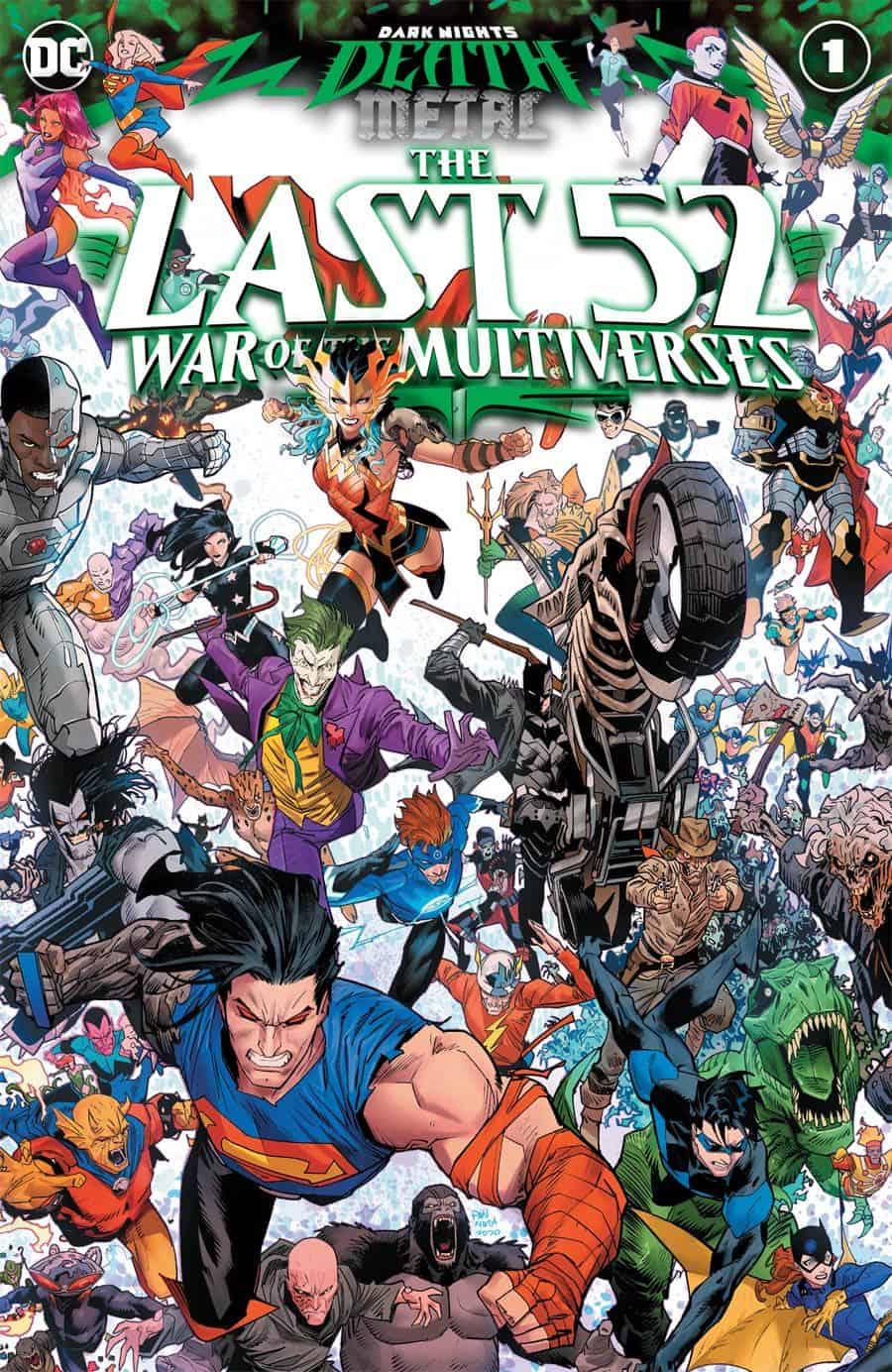 The book opens with a table of contents for the stories we’ll be getting in this almost 80 page one-shot. 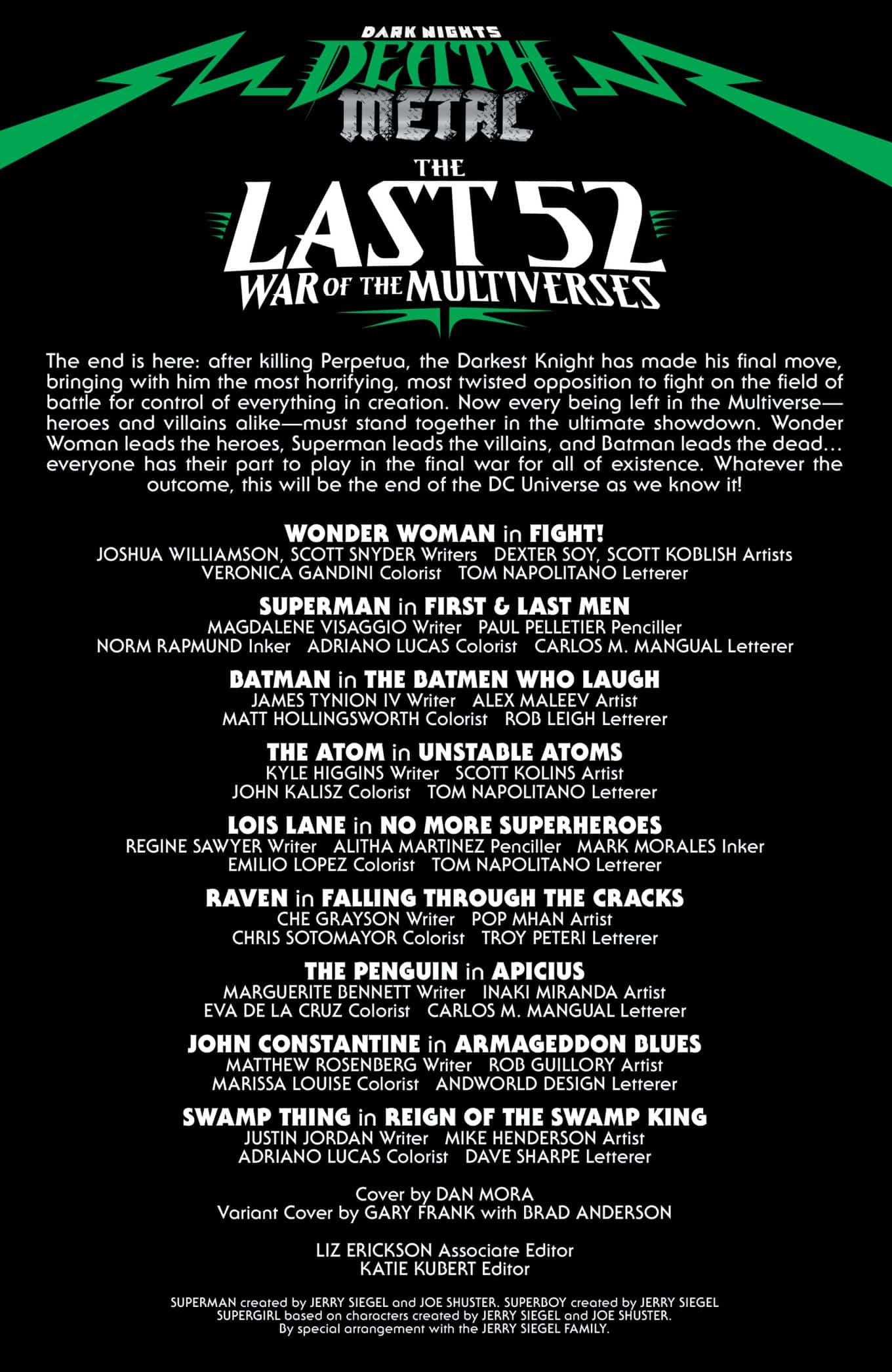 The opening story is the battle between the goddess Wonder Woman and an evolved Batman Who Laughs, using the powers of the Watchmen and Doomsday Clock’s Doctor Manhattan, in the form of the Darkest Knight. 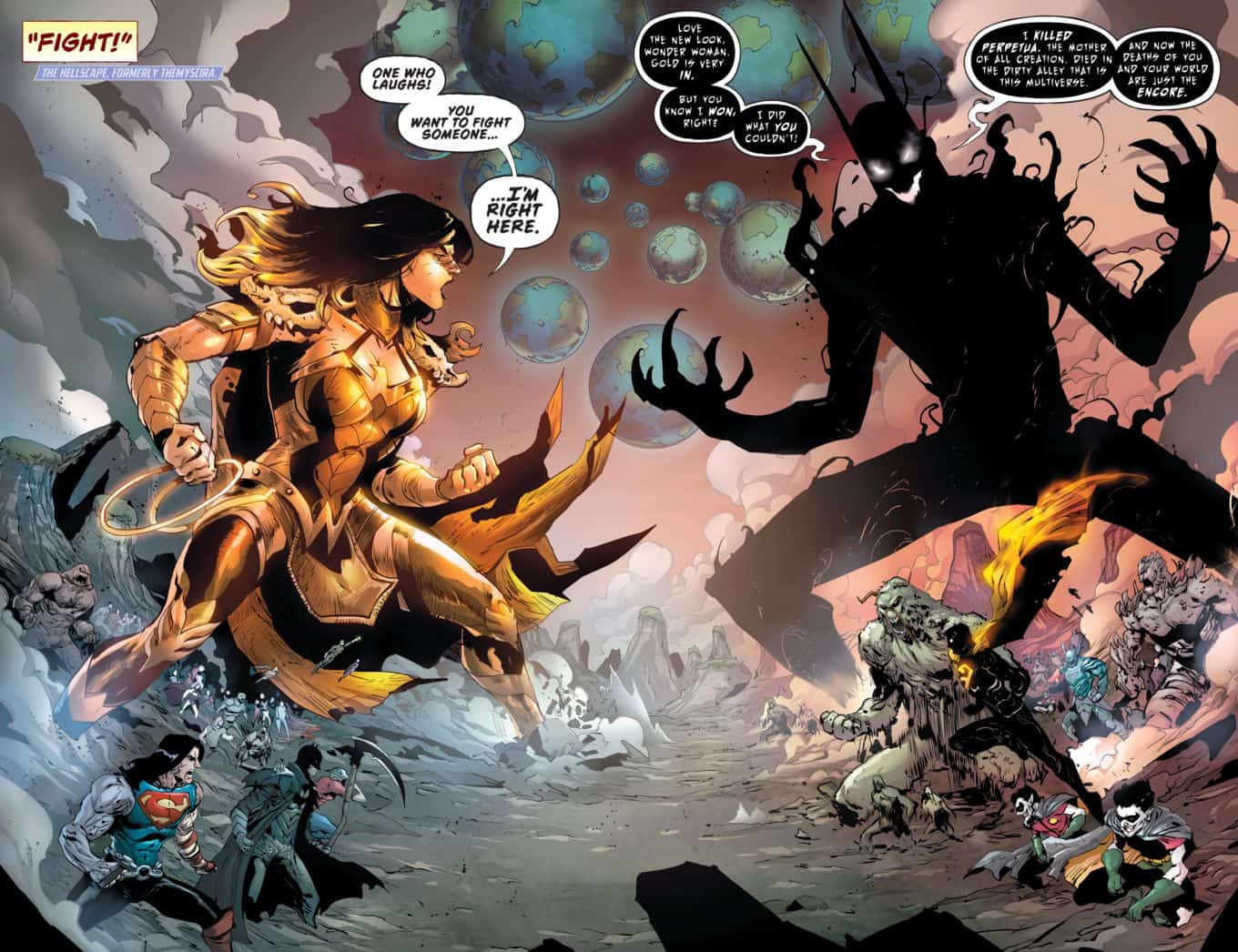 The Darkest Knight reveals that his Dark Multiverse soldiers are the truths that DC Comics core multiverse can’t come to terms with. 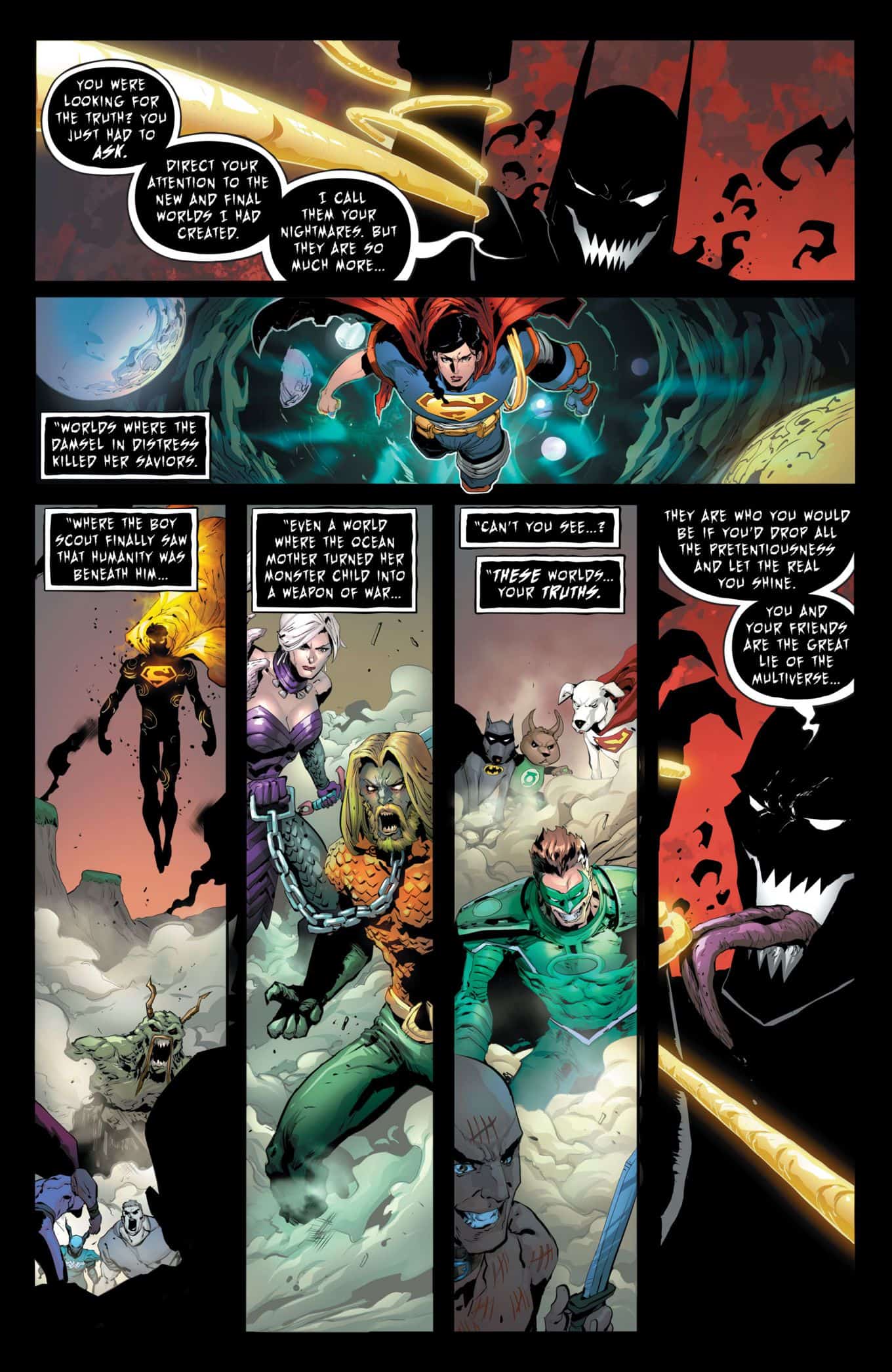 There’s more talky-talky during the battle, but… 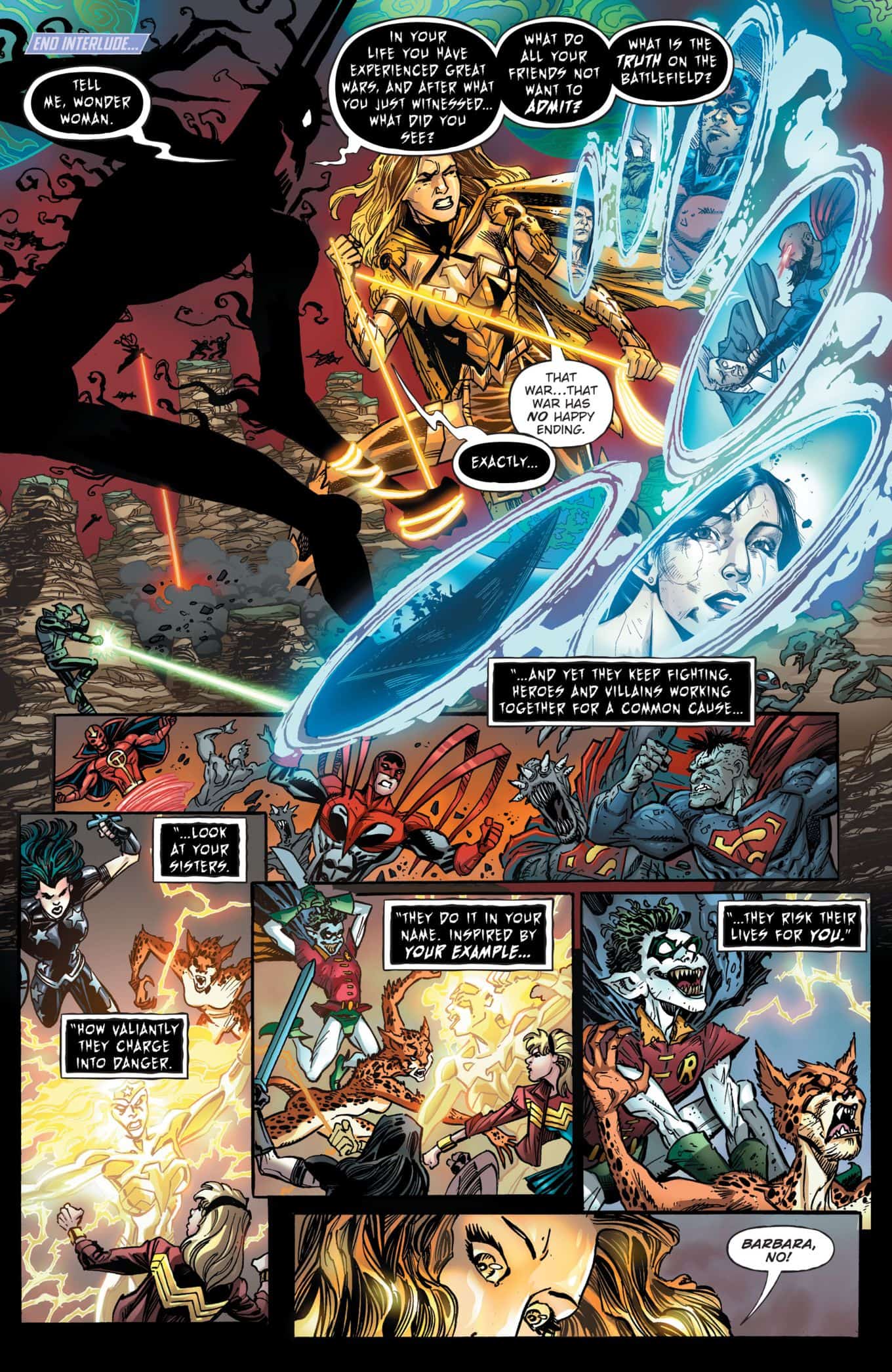 …this is a warrior goddess and she plans to… 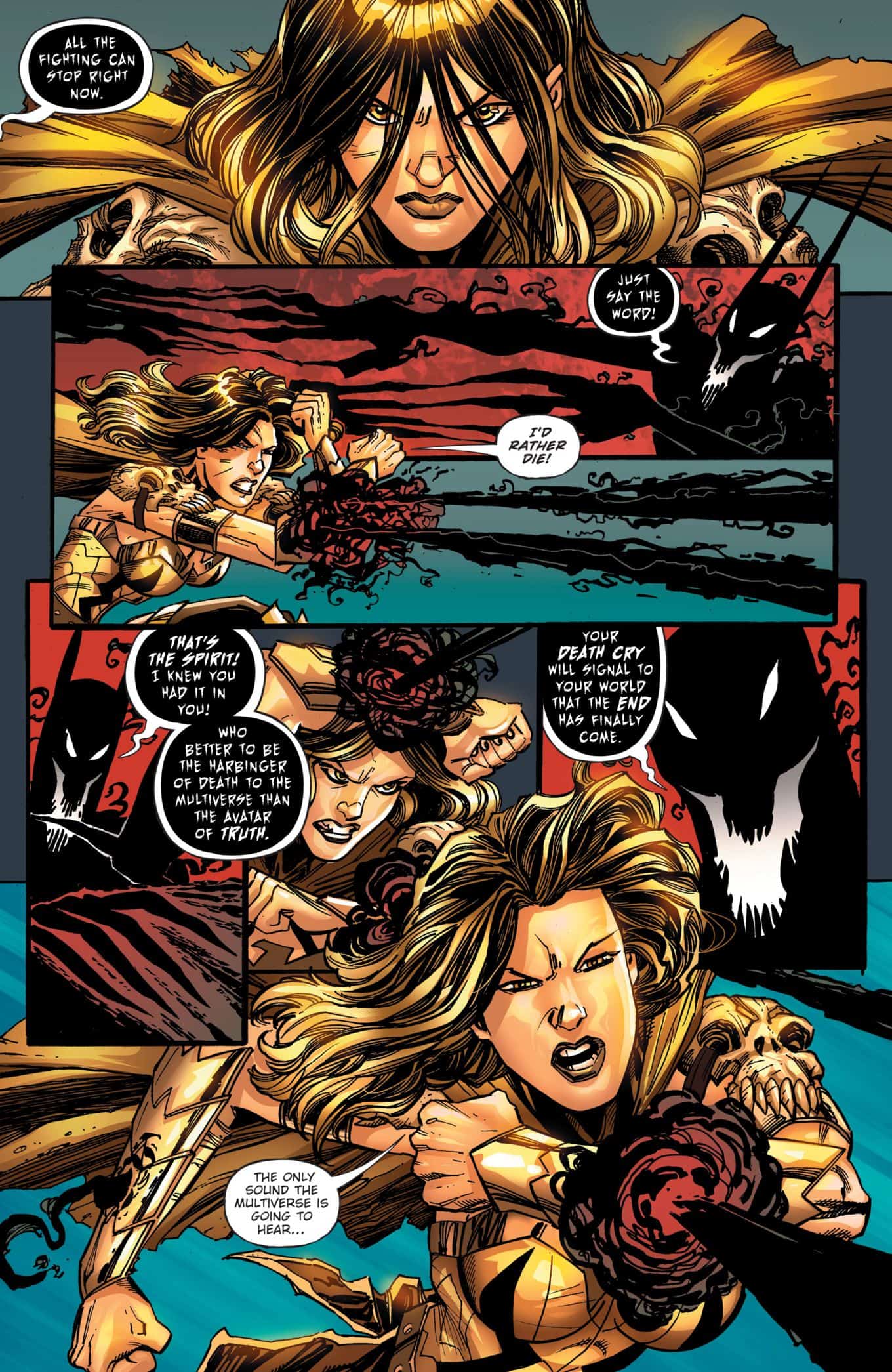 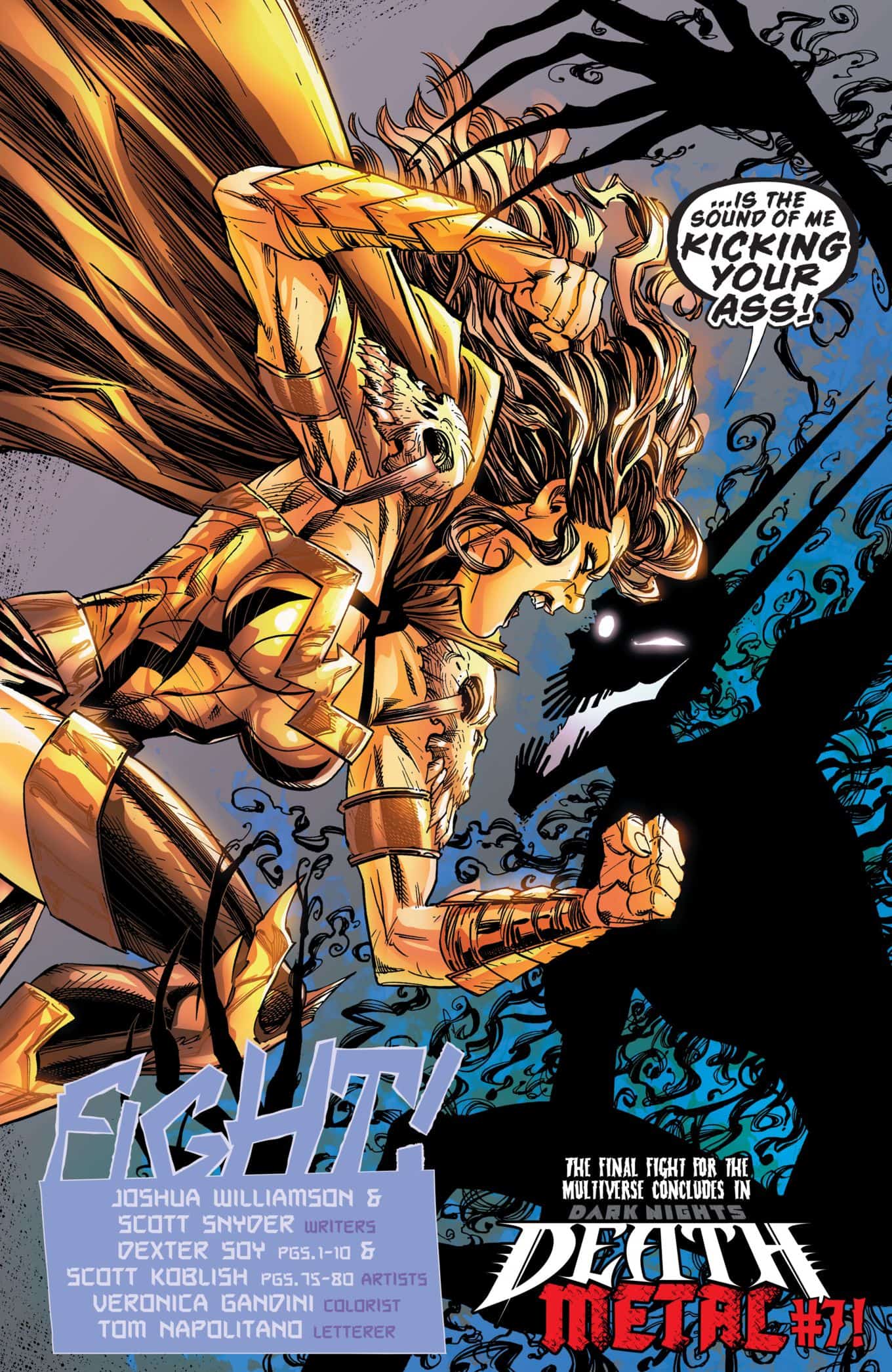 This looks to directly tie into Dark Nights: Death Metal #7 (of 7) out next week. Here is a preview with a look at the interior pages. 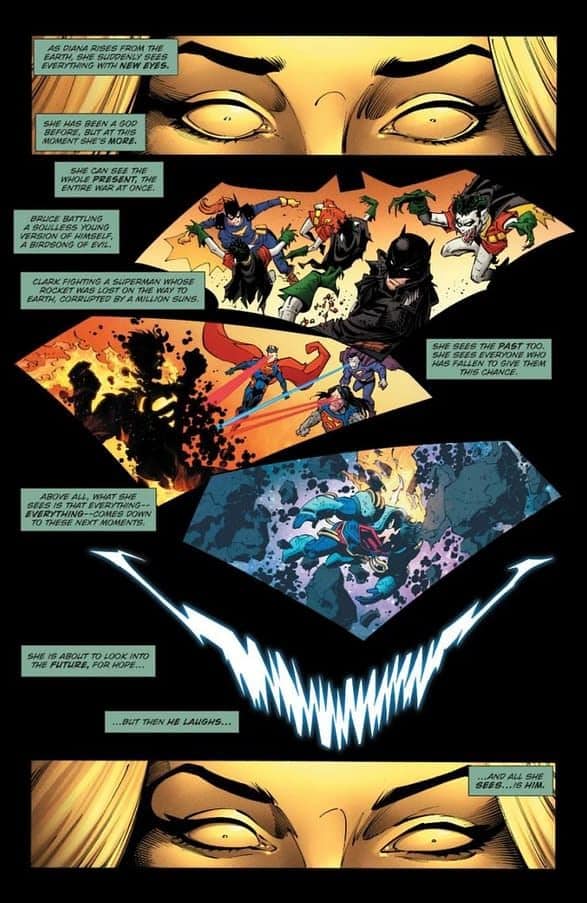 The song remains anything but the same as the house lights start to come up on DC’s biggest, baddest battle for control of the Multiverse! The Darkest Knight is on the verge of ending this concert once and for all, but Wonder Woman has more than just a greatest hit planned. The Amazonian warrior stands ready to shred the Darkest Knight, solo! Plus, this extra-sized finale issue includes not one but two mind-blowing epilogues that lead directly into the next phase of the DC Universe—and no fan will want to miss that! 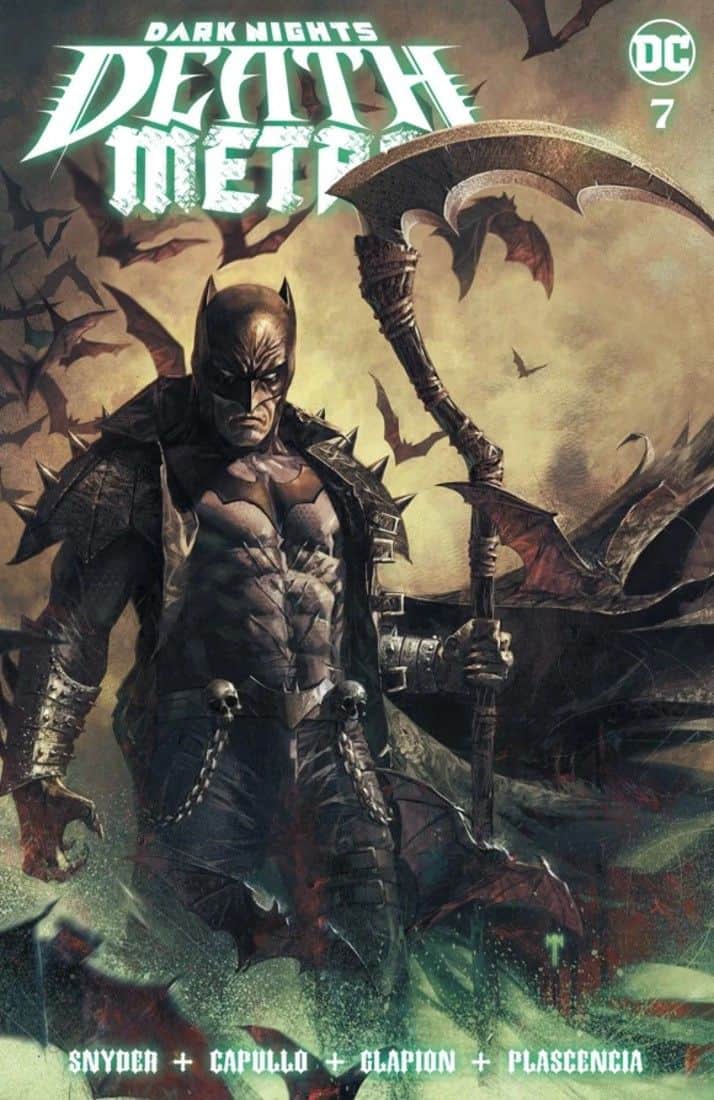 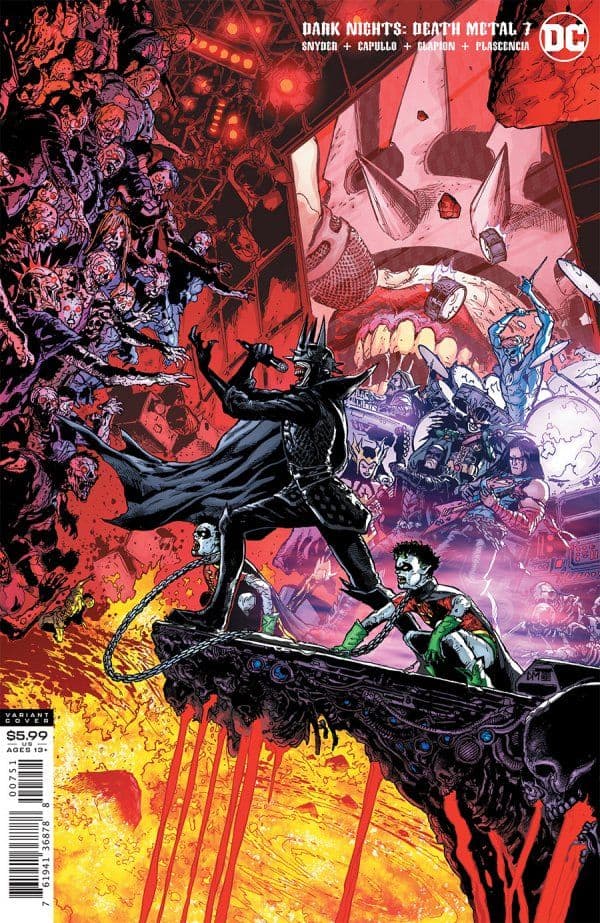 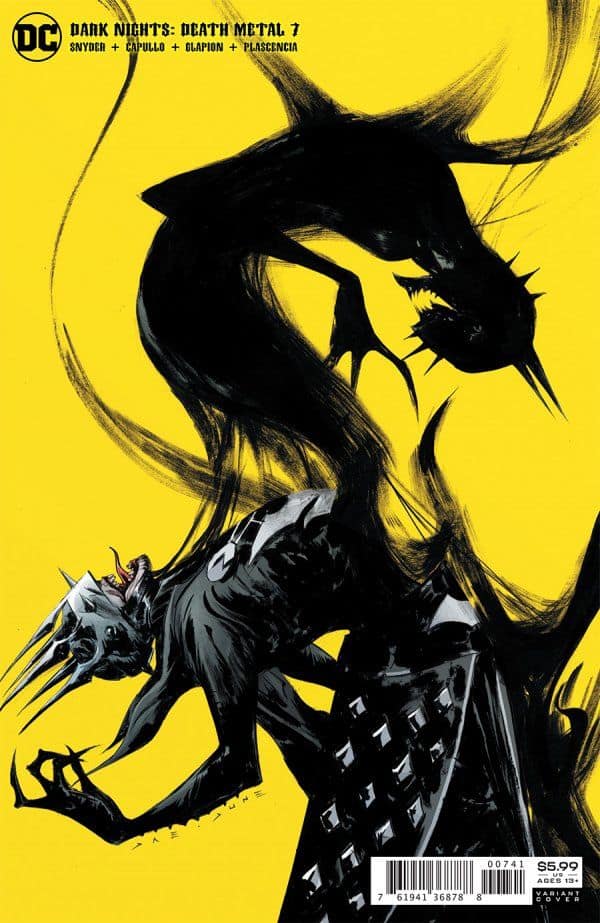 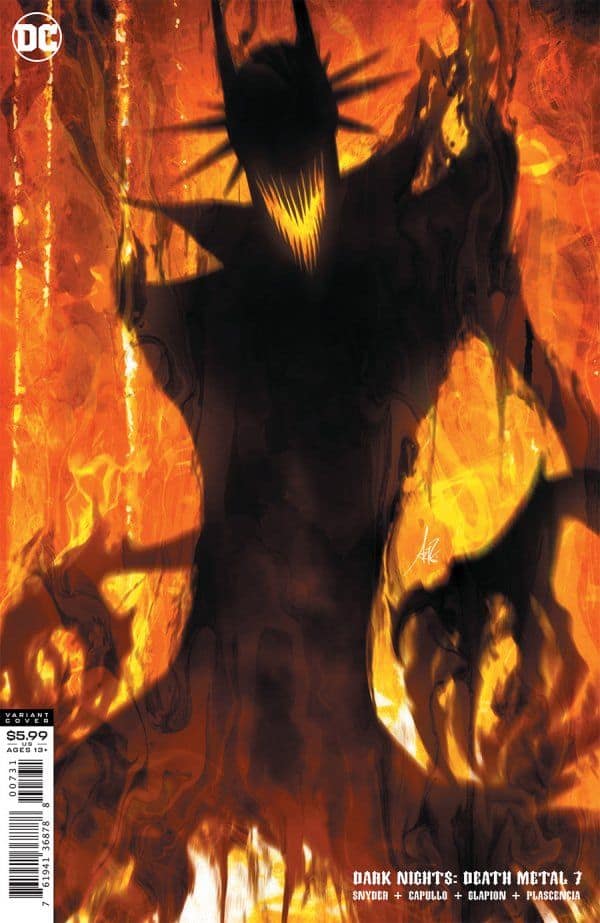 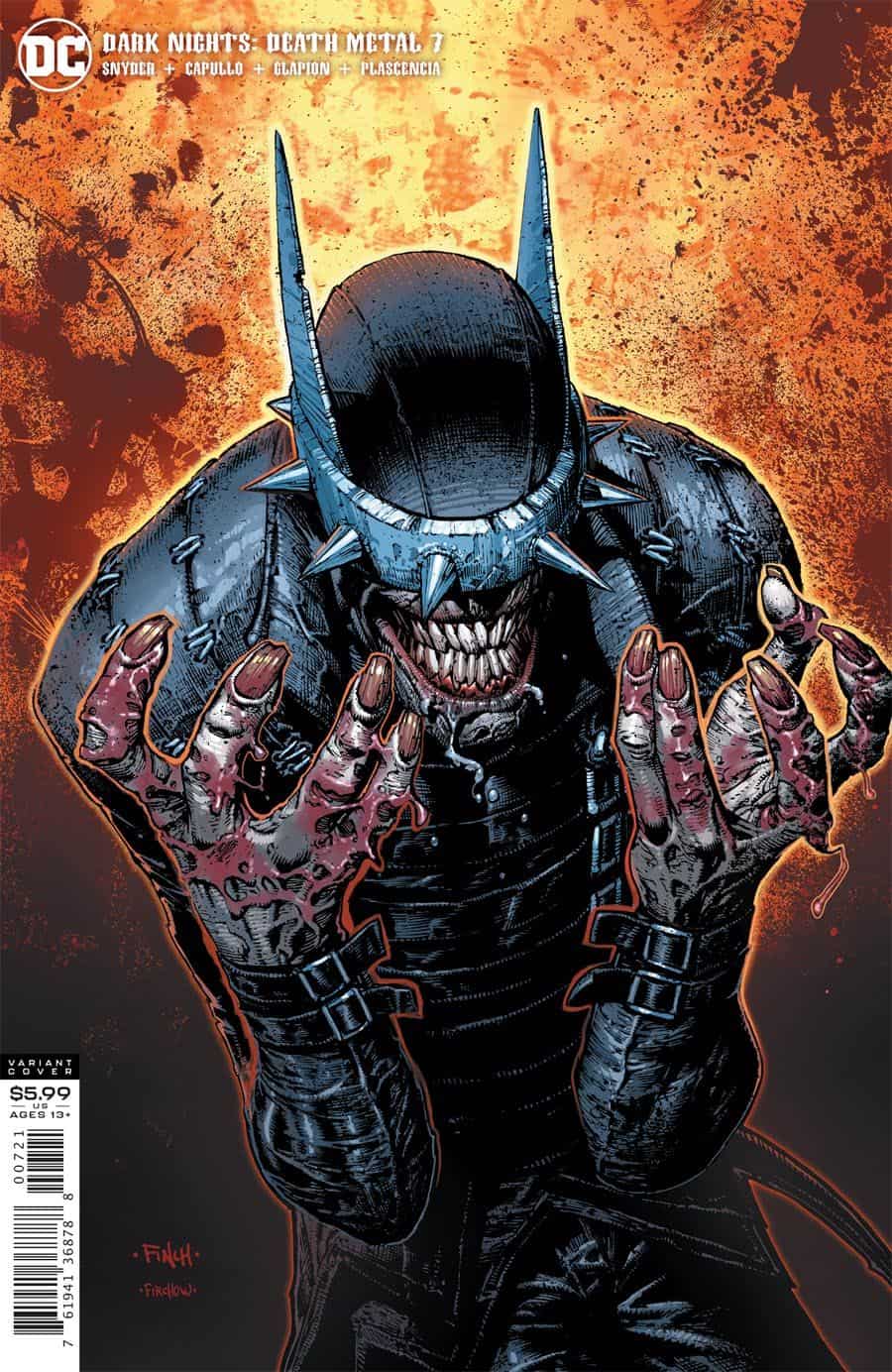 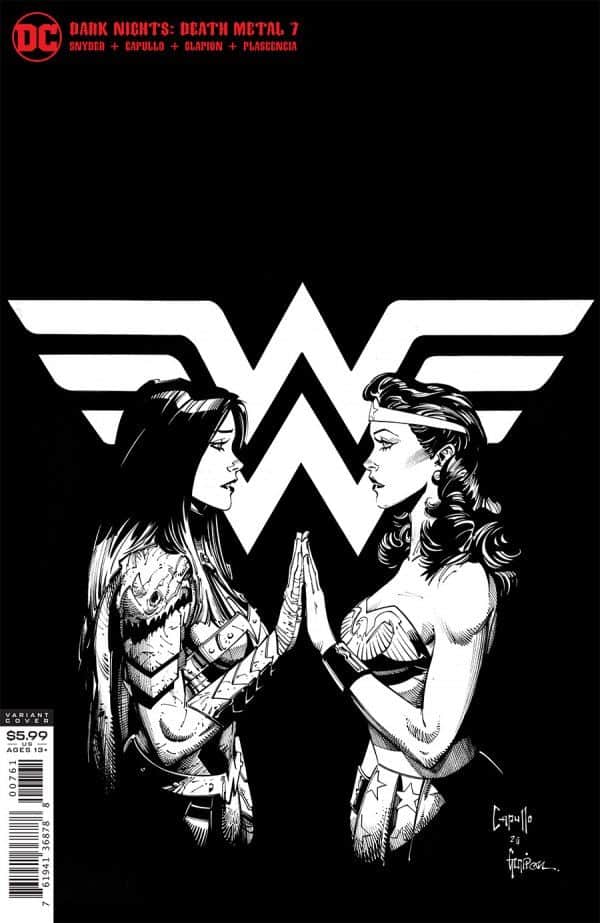 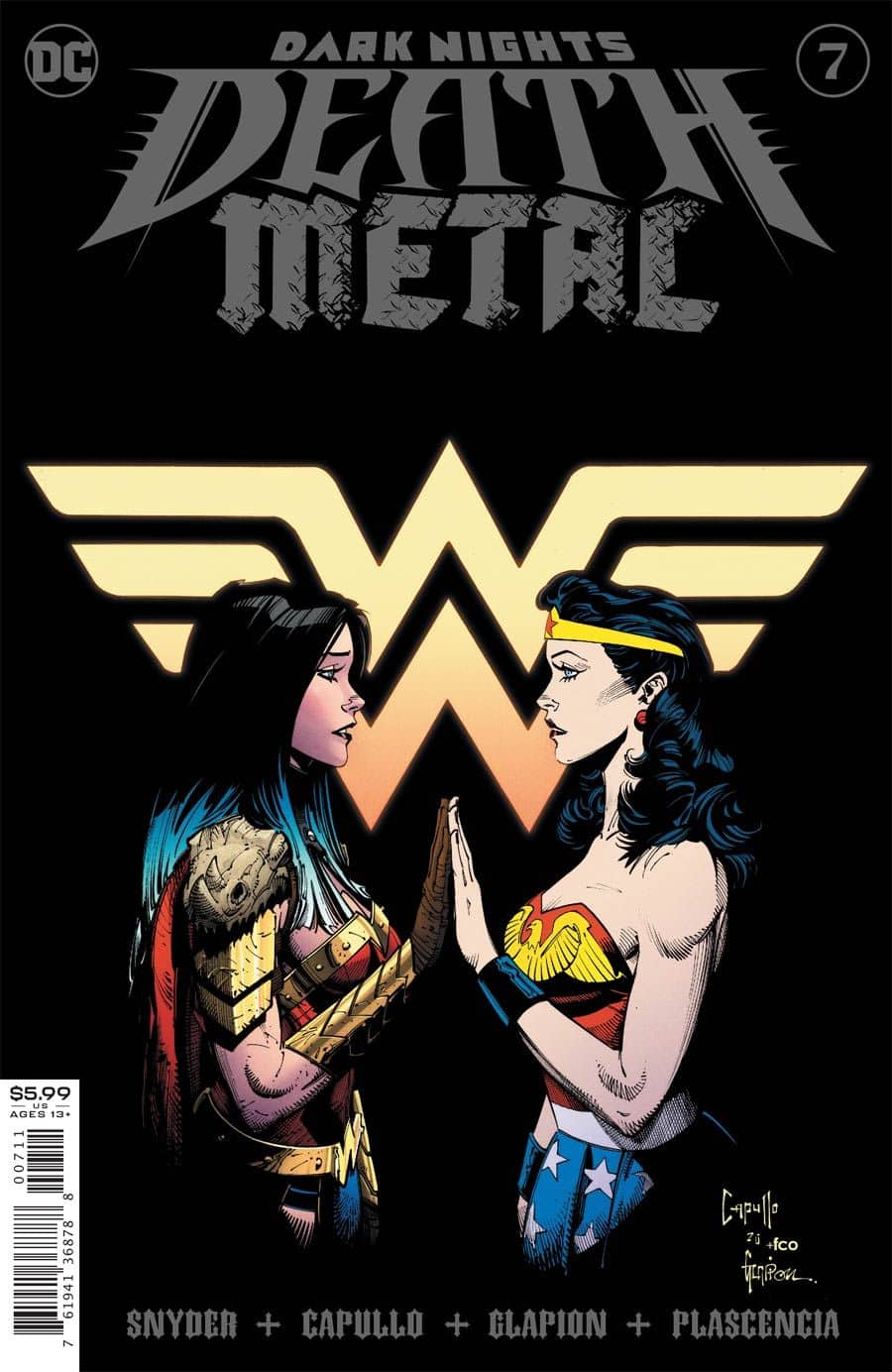 This all goes down next week on the first new comic book day of 2021. Anyhow, back to Dark Nights: Death Metal: The Last 52 War Of The Multiverses #1.

The second story is Superman’s. 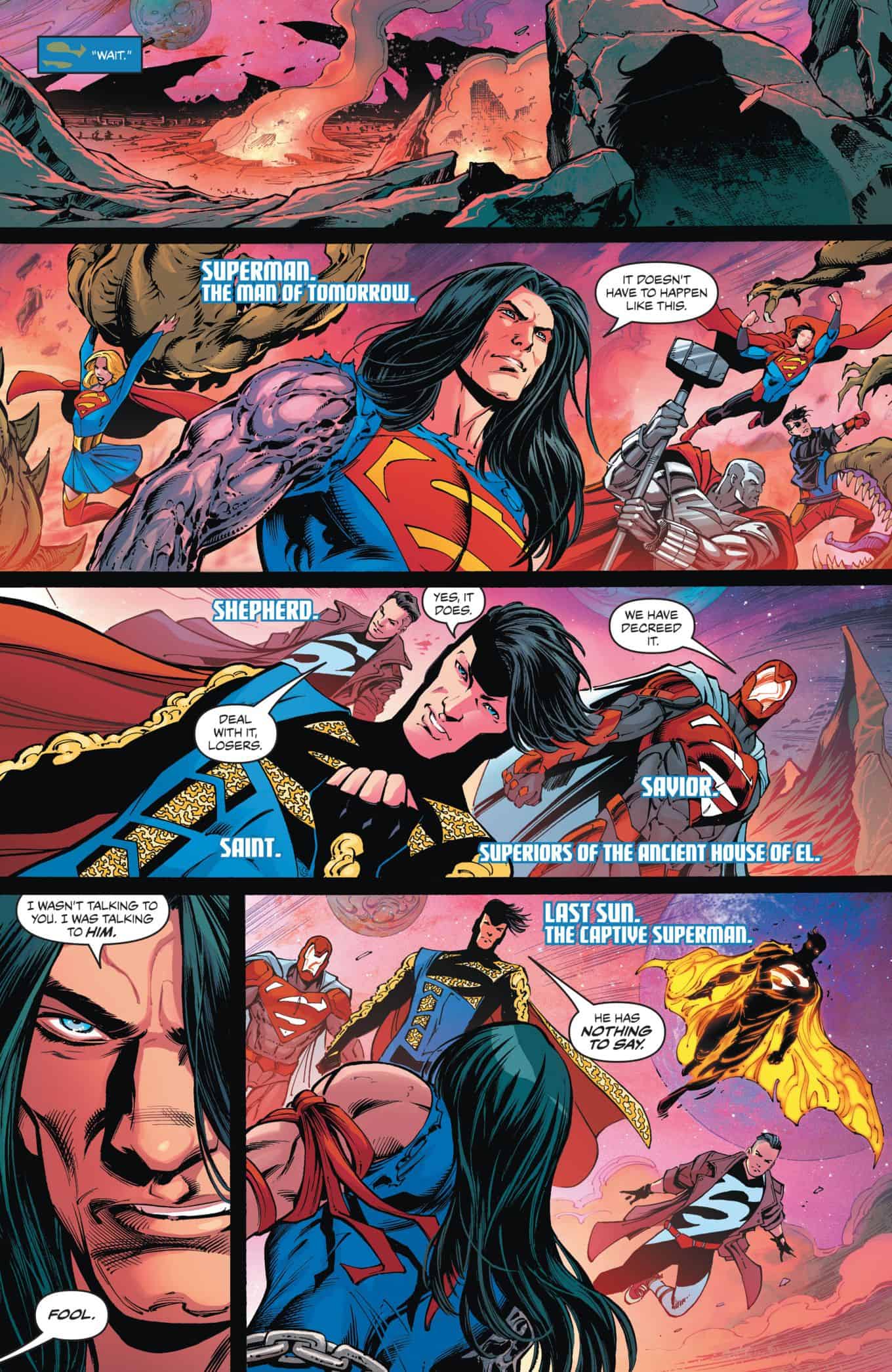 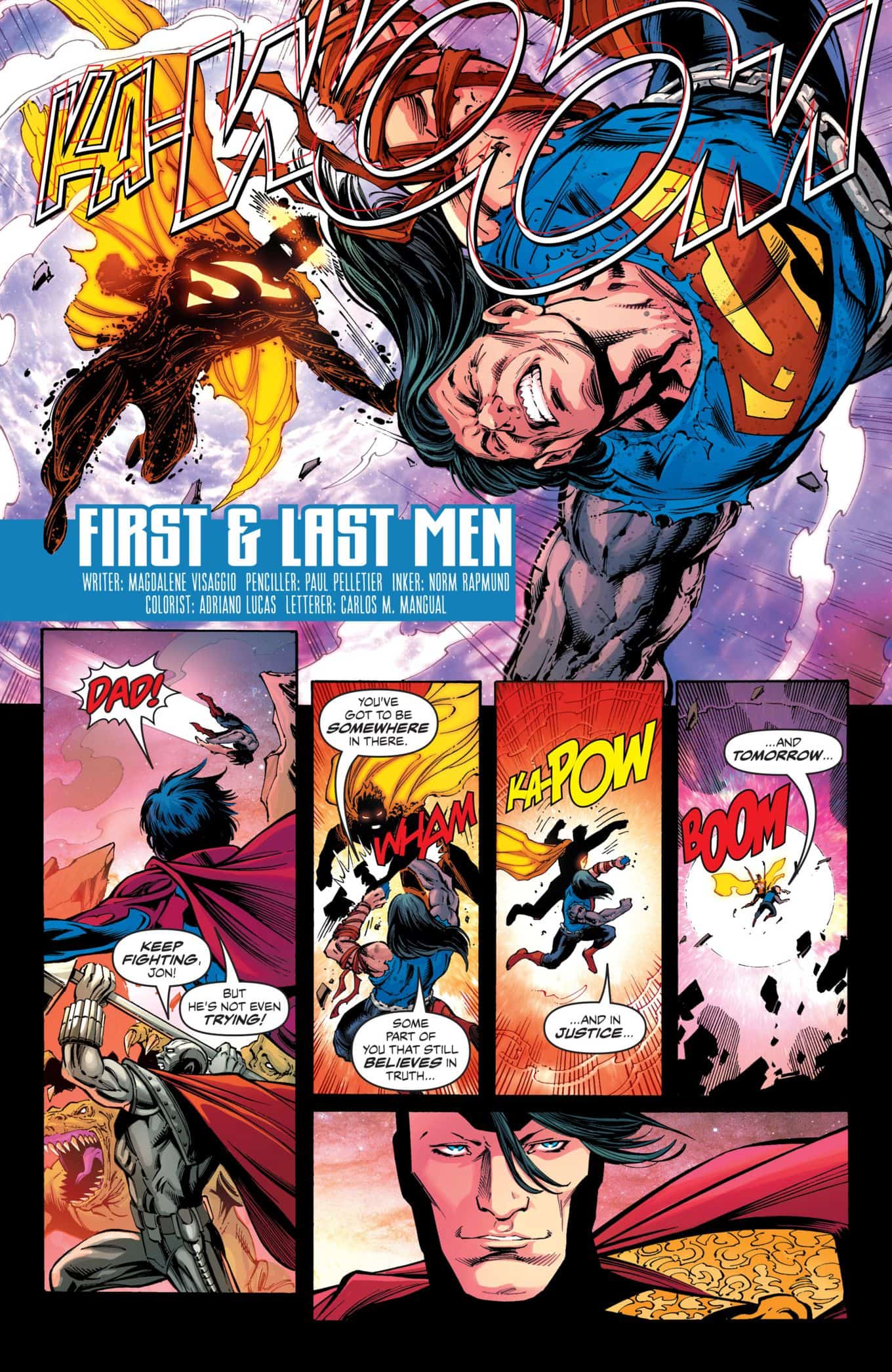 …this story seemingly continuing in Dark Nights: Death Metal #7 next week too. 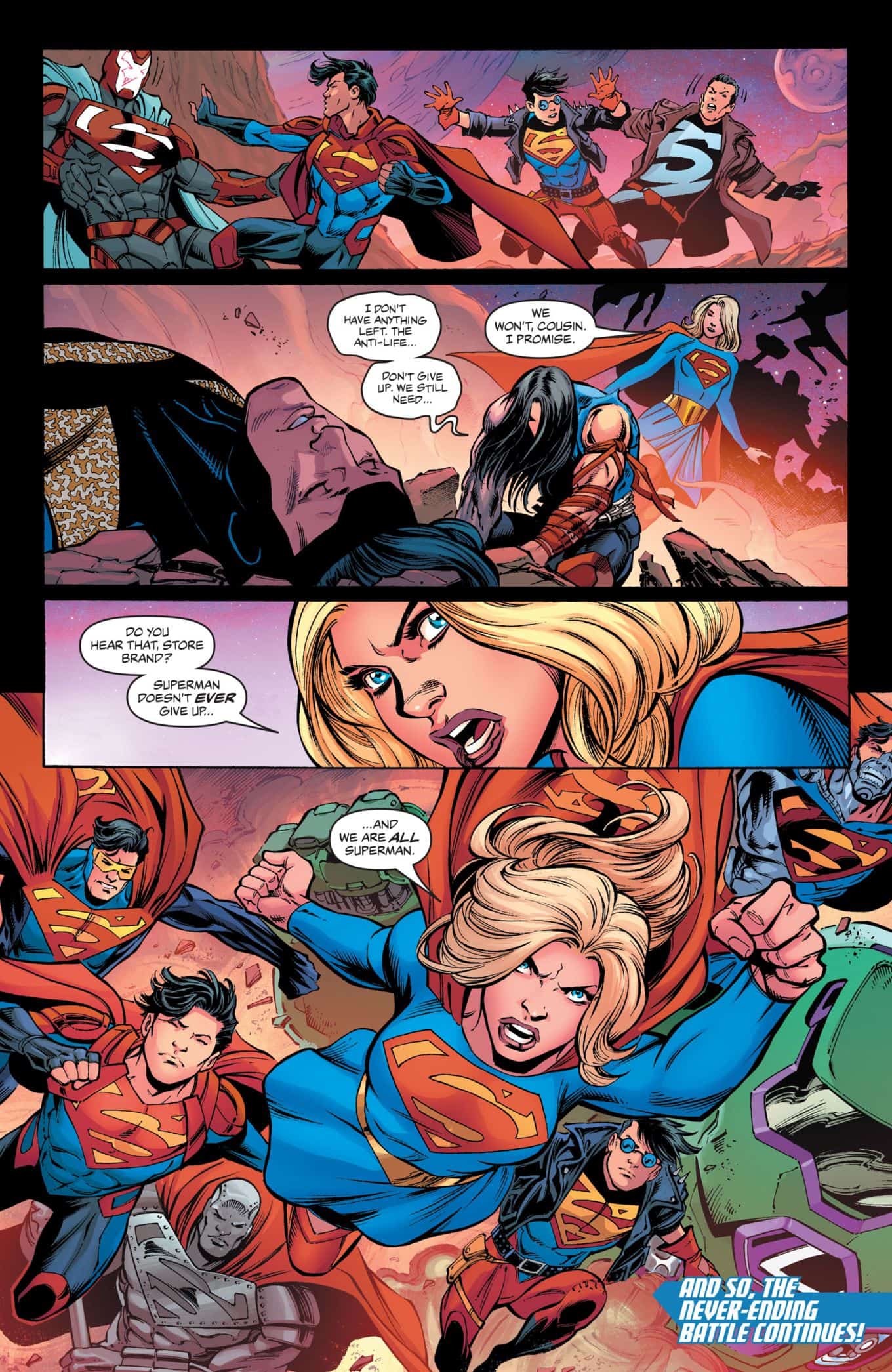 The next few stories featuring the Batman… 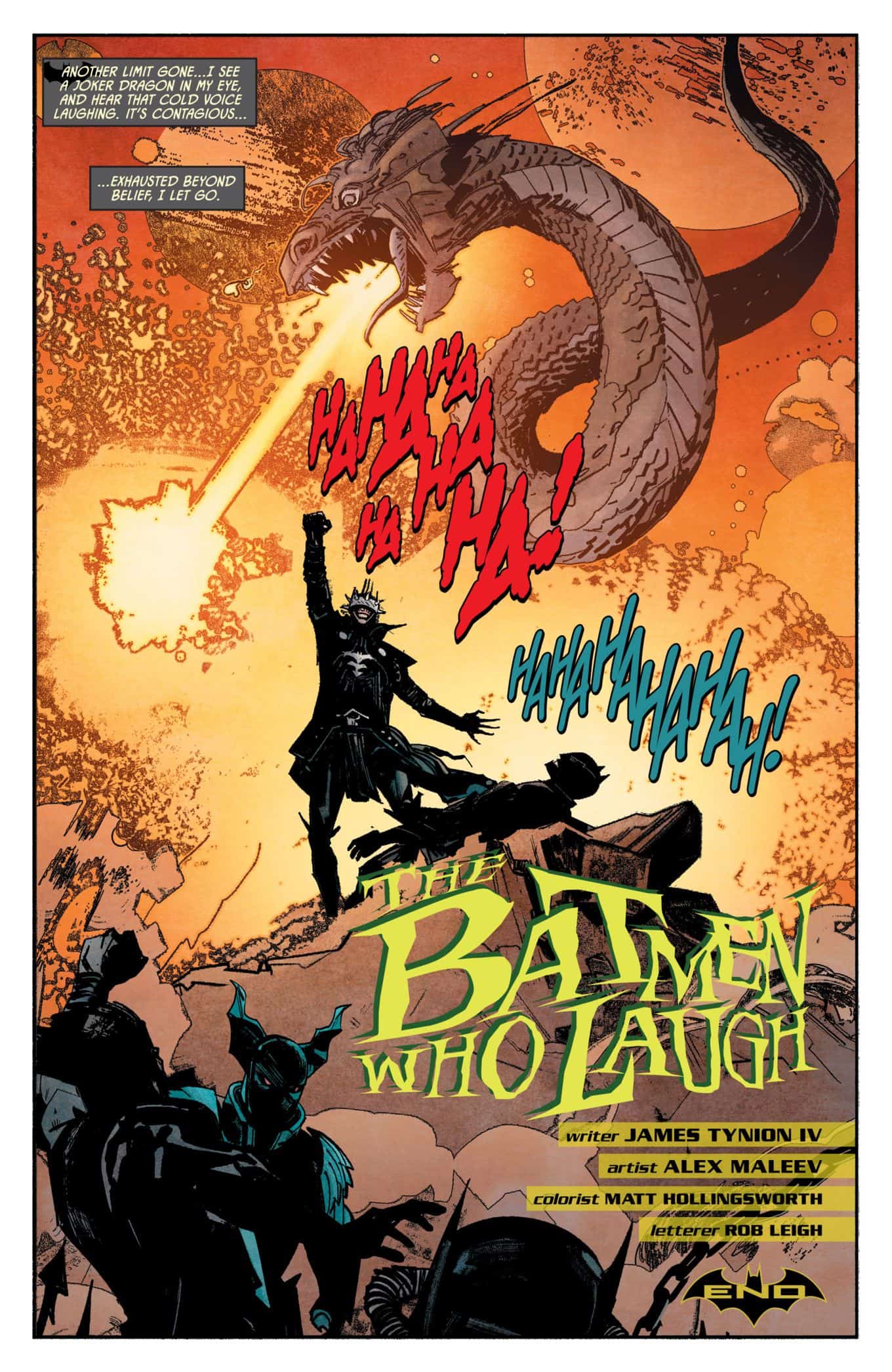 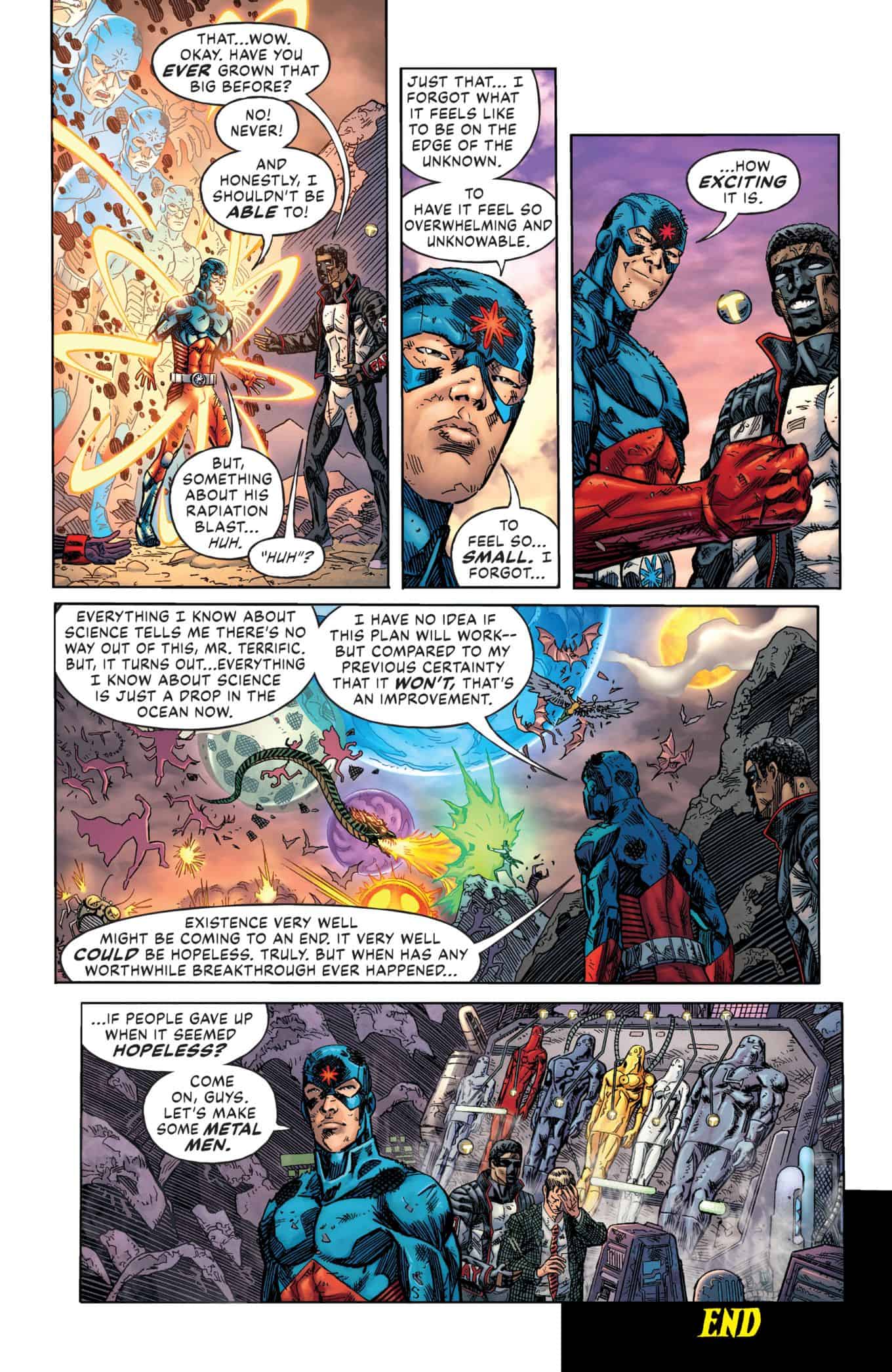 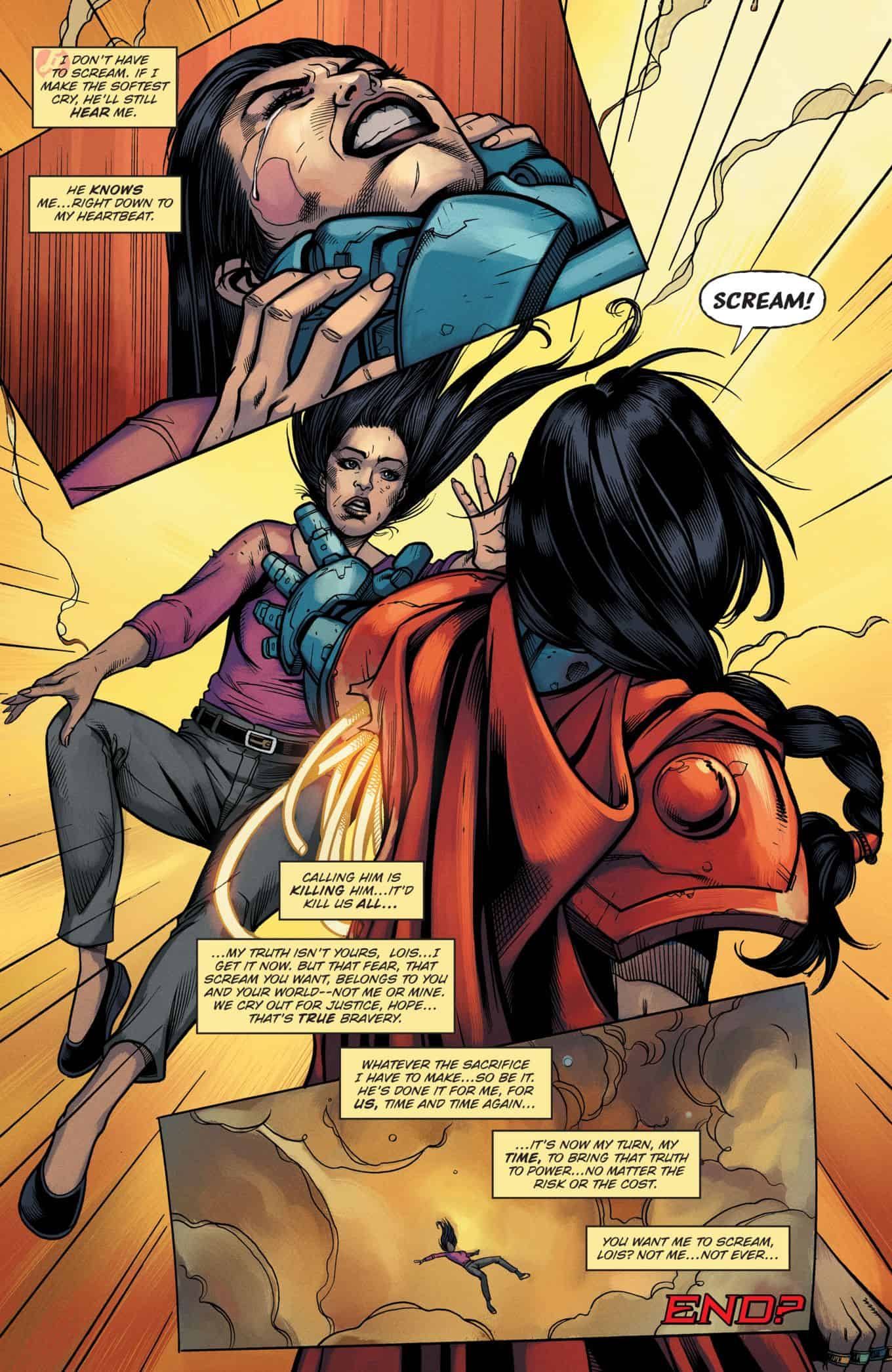 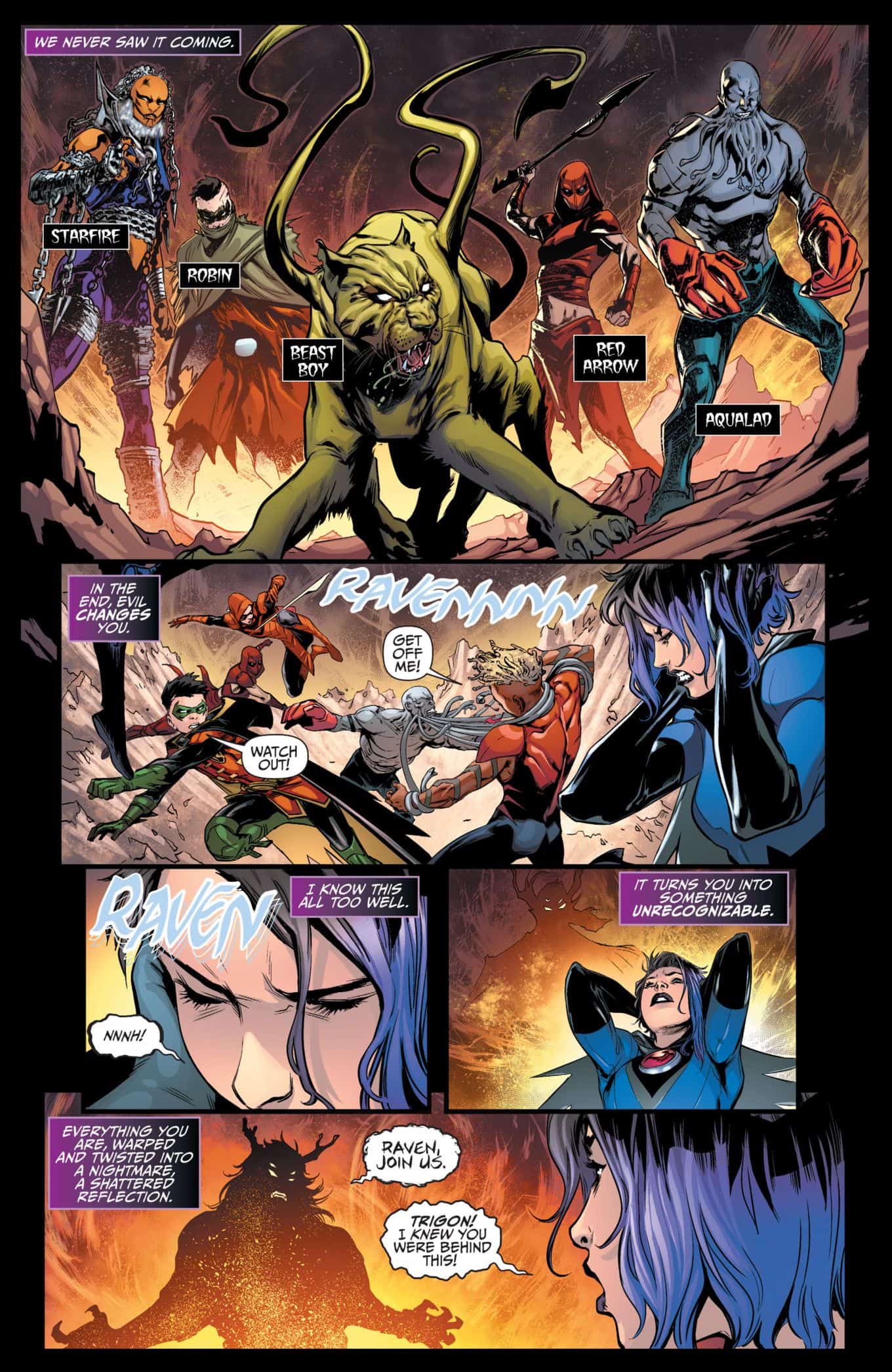 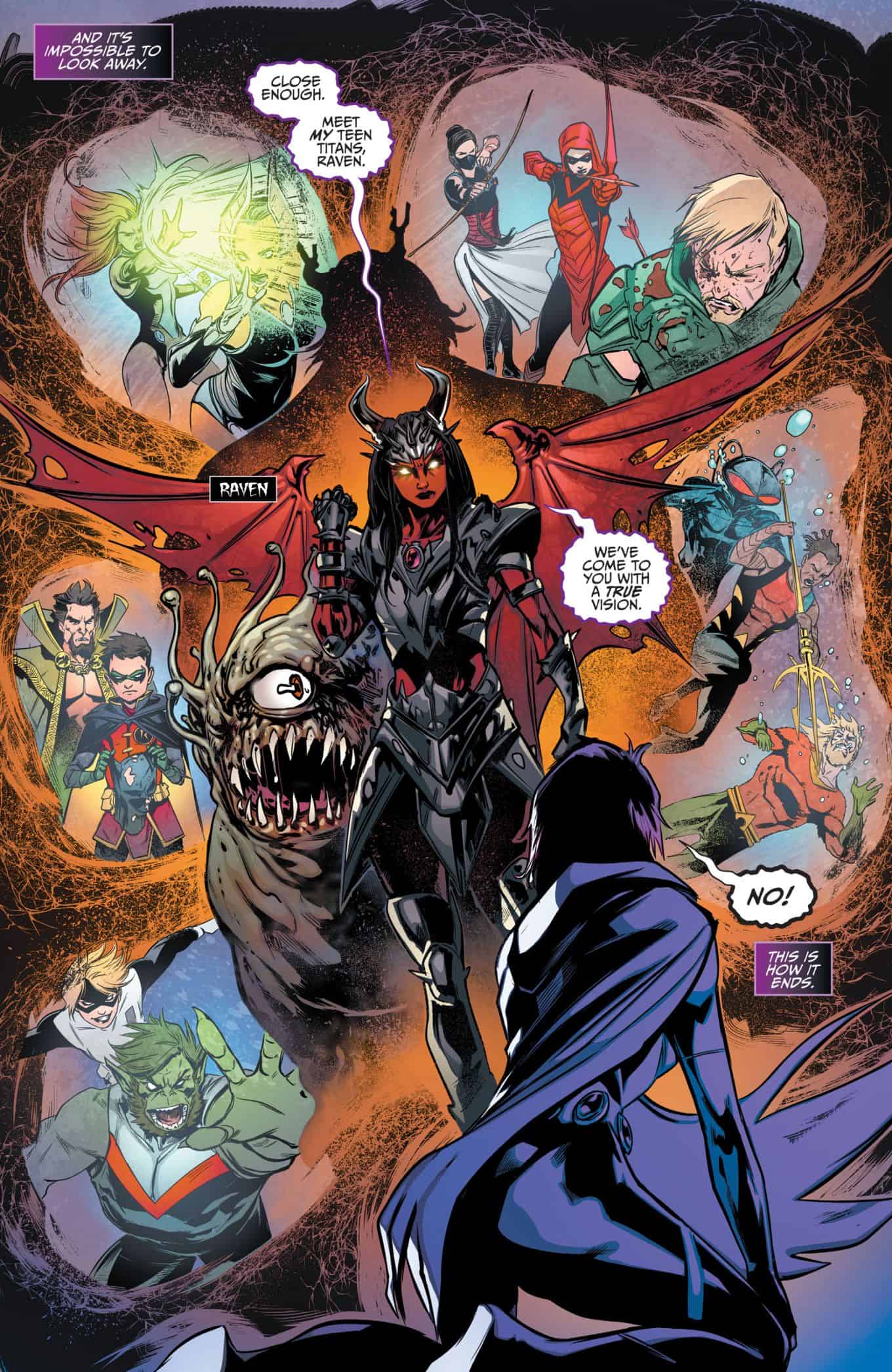 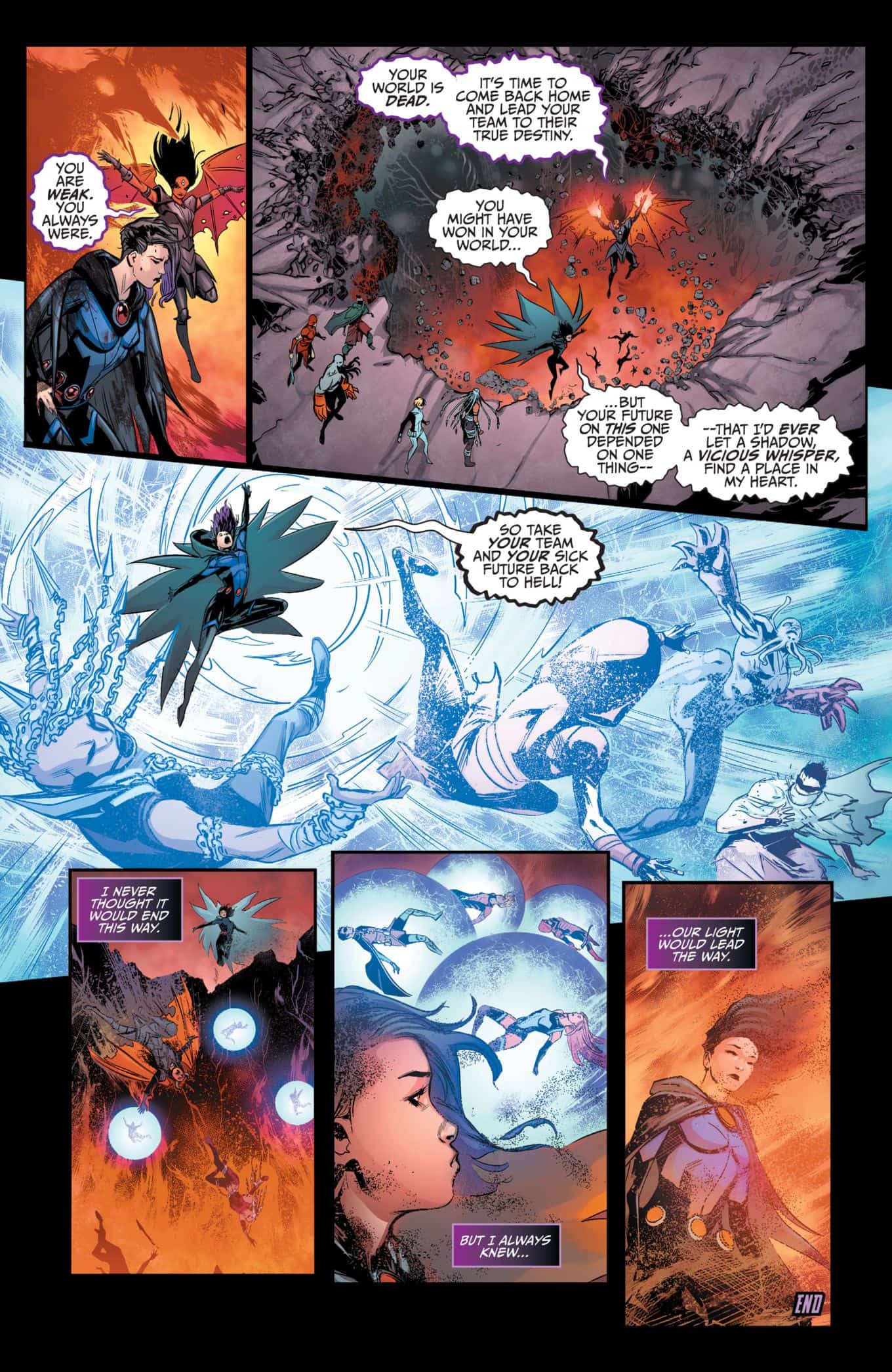 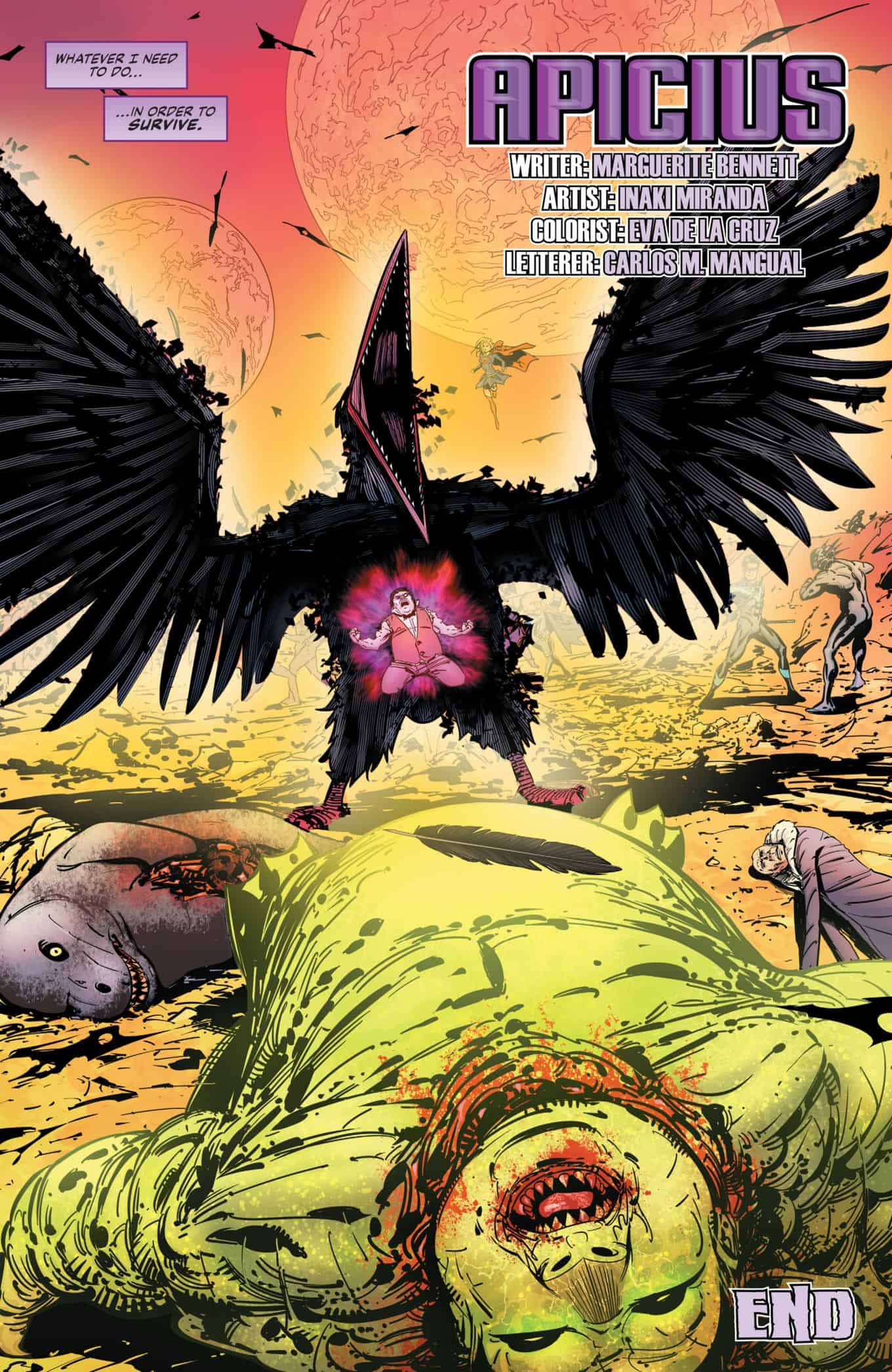 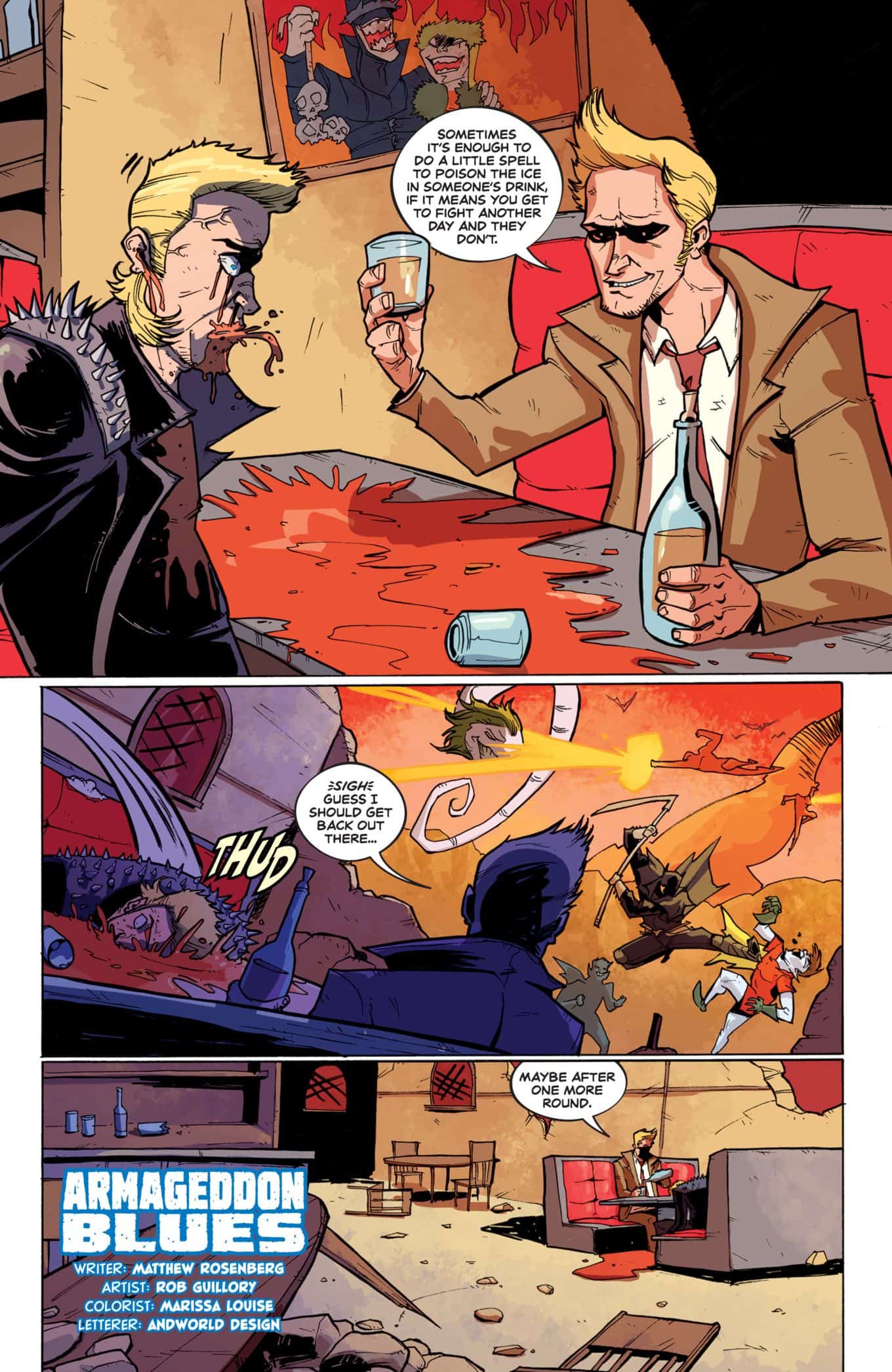 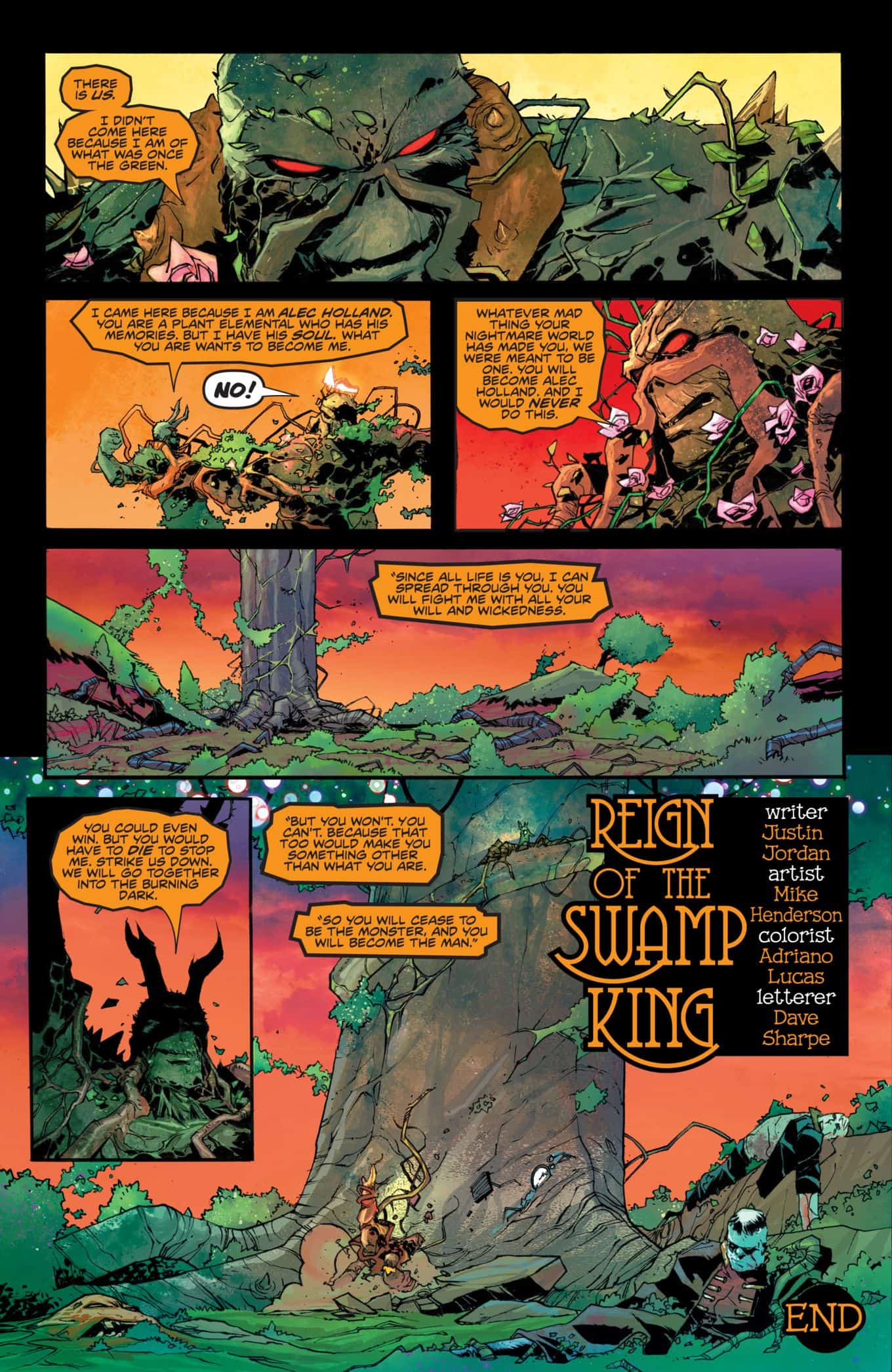 Not all the stories felt relevant to the main Death Metal narrative, but they were interesting slices at wat different characters have been going through. The Wonder Woman, Superman and Teen Titans stories seemed the most relevant to the event and were the most entertaining reads. A mixed bag on stories and art generally though. 5 out of 10.