End Of An Era For DC Comics Almost 50 Years In The Making! (Sans Spoilers)

New Year’s Eve 2020 marked the end of an era with 2021 beginning with long-time writer, editor and executive at DC Comics the 64 year old Paul Levitz not being on the company’s payroll. He best known for his writing of Legion of Super-Heroes and for his various leadership roles in the company. #ThankYouPaul!

Today’s the end of a year we’re all happy to see vanish into infamy, but it’s also the end of an era for me personally, as I go off the payroll of Warner/DC after so many decades: over 47 years on ‘staff’, 36 of them on employment contracts. I’ll still be doing occasional freelance assignments for them I expect, but it’ll be weird not to list them as ’employer’ as I have for my adult life.

I sent off thank you notes to some of the people responsible for my professional career–names you’d recognize like Jenette Kahn, one of my great mentors and champions before we were happy partners-in-crime for so long; and names you probably wouldn’t recognize, like Bill Sarnoff and John Schulman. And sadly it’s no longer possible to thank Joe Orlando, my first great mentor, or Dick Giordano, a wonderful collaborator for a baker’s dozen of years.

But it’s also an appropriate time to thank the many other colleagues who made those years possible and so often a joy. The DC executives, editors and staffers who put up with me, the creative contributors who made the magic, and our business partners who enabled our success. But most of all, the readers whose support allowed me this uniquely wonderful career. I’m not done yet (I hope), but I know that nothing else I co is likely to match the importance of the time at DC. I’m so proud that a part of that time will be regarded by historians as one of the peak periods in 20th Century American Comic Books (along with E.C. Comics and that magic first decade of Marvel).

If you’re reading this, thanks for being part of the journey, and I hope we’ll have more to share before I’m completely done. 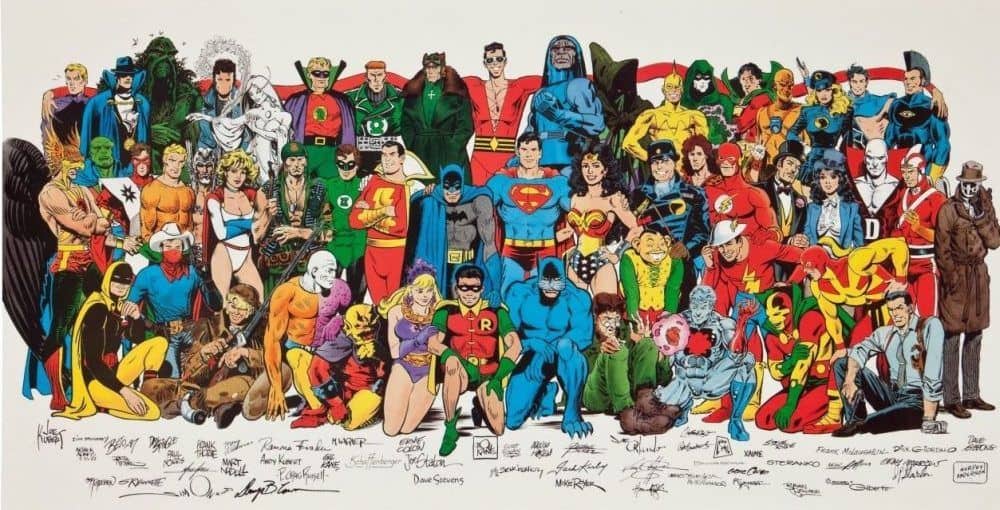