Bruce Kirby, the veteran character actor perhaps best known for portraying the gullible Sgt. George Kramer on the long-running NBC series Columbo, has died. He was 95.

Kirby, who excelled at playing authority figures during his more than five decades in show business, died Sunday at Cedars-Sinai Medical Center in Los Angeles, his son, John, reported.

The elder Kirby also portrayed District Attorney Bruce Rogoff on NBC’s L.A. Law, and early in his career he was one of the goofy cops from the fictional 53rd Precinct in the Bronx seen in the early 1960s sitcom Car 54, Where Are You?

In Rob Reiner’s Stand by Me (1986), Kirby played the market owner Mr. Quidacioluo, who tells Gordie (Wil Wheaton) that he resembles his older, deceased brother. He also was a detective in Throw Momma From a Train (1987), and in the 2006 Oscar best picture winner Crash, he appeared as Pop Ryan, the father of cop John Ryan (Matt Dillon).

A native of New York who studied with Lee Strasberg, Kirby (real name: Bruno Giovanni) also recurred as Sgt. Al Vine on Kojak and then starred as a San Francisco police officer opposite Kojak co-star Kevin Dobson on another CBS crime drama, Shannon.

On Columbo, his unimaginative Sgt. Kramer constantly fell for for the killer’s alibi, accepted clues at face value and thought Peter Falk’s character was nuts. Kirby appeared in nine episodes of the show spanning more than two decades. 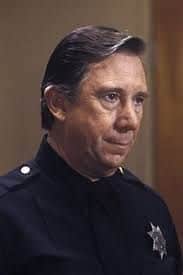 He played another cop for laughs on the wacky, short-lived 1976-77 sitcom Holmes and Yo-Yo.

After Arthur Miller saw him as Alfieri in an L.A. production of A View From the Bridge, the playwright brought him to Broadway and cast him as Uncle Ben opposite Dustin Hoffman in Death of a Salesman in 1984. (Kirby had made his Broadway debut in 1965 in Diamond Orchid.)

In addition to John Kirby, an acting coach, survivors include his wife, Roz.

Wrote his son: “Thank you Dad for everything you taught me about acting and how to have such a strong work ethic while sharing your love for the arts and the craft of it all. I will miss you and love you always. I’m glad you’re up there with Bruno and so many of our loved ones.”

On behalf of the IP team, I offer our condolences to the family, friends and fans of Bruce Kirby.