And finally, there’s a new team of villains on the loose and you won’t believe who’s a part of it. Natasha Romanov, Clint Barton, Scott Lang, and Victor Creed lead an assault on the Squadron in writer Cody Ziglar and artist Paco Medina’s HEROES REBORN: SIEGE SOCIETY. After the Civil War that split the Squadron Supreme in half, Nighthawk formed his own Squadron in Europe. But not all of Europe is okay with it. Baron Zemo has put together his own team to take them down and the Squadron doesn’t stand a chance.

“I’m incredibly stoked to be playing in the world that Jason and Ed have created,” Ziglar told SYFY WIRE. “It’s fun, it’s familiar but also very different, it’s also big and weird; everything a nerd like me could ask for! Being able to play in that same sandbox is a dream come true and I can’t wait for folks to see what cool updates and twists we’ve added to classic Marvel characters and a classic Marvel story!” 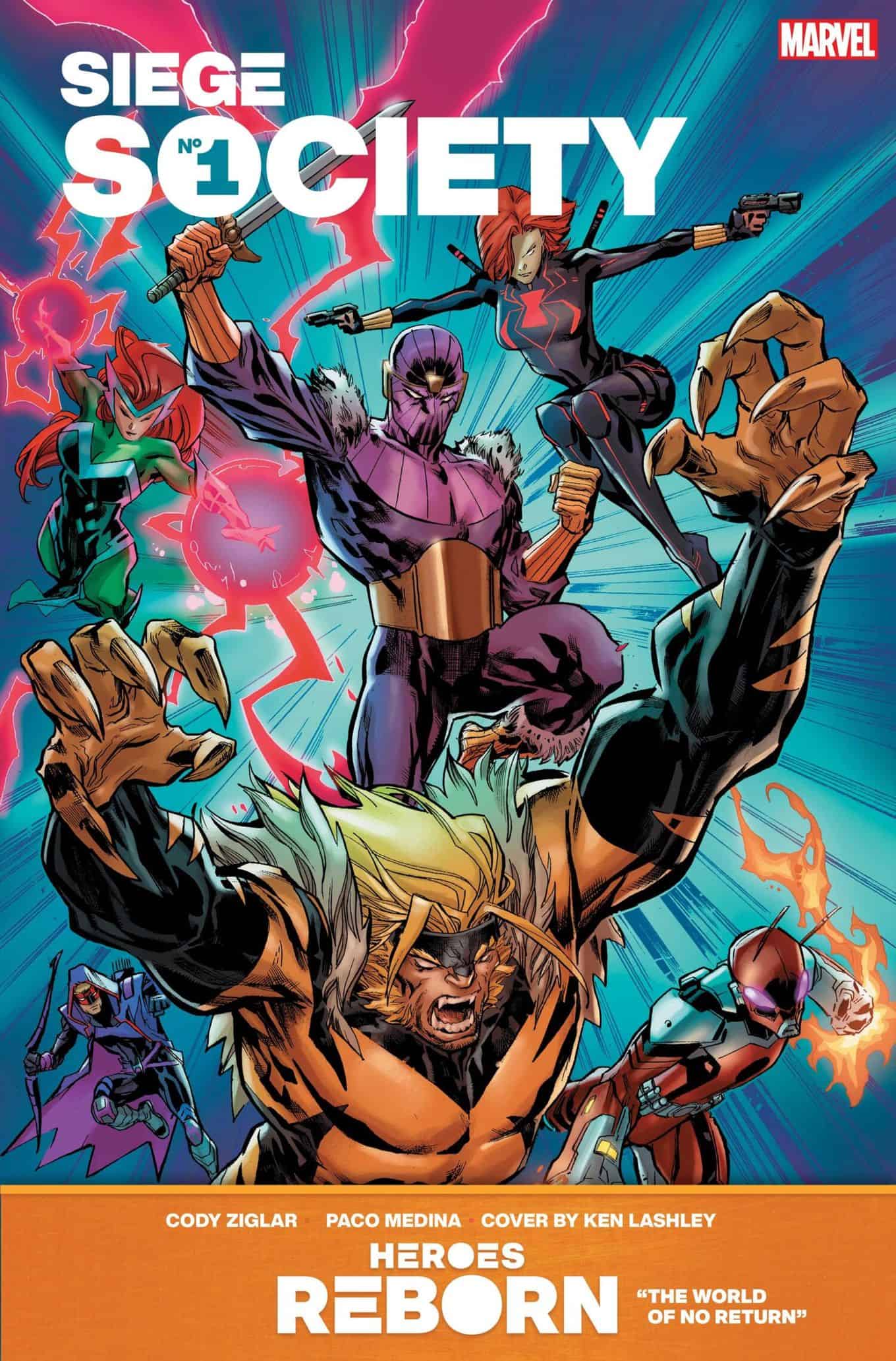 This one looks promising.