The Marvel Universe has always been protected by Earth’s Mightiest Heroes. But this May, the world will be reborn without the Avengers! From mastermind creators Jason Aaron and Ed McGuiness comes HEROES REBORN, a bold new vision of the Marvel Universe where the Avengers never assembled and the Squadron Supreme took their place as Earth’s greatest Super Heroes. Today, Marvel Comics is excited to announce that each issue of this exciting series will have a special TRADING CARD VARIANT COVER by superstar artist Mark Bagley!

Featuring all the major players of this upcoming saga including Hyperion, Doctor Spectrum, Whizzer, and Blade, this extraordinary collection of covers will allow fans to further immerse themselves in the new world of HEROES REBORN with cover designs modeled as ’90s-style trading cards. A series of nine covers, the HEROES REBORN TRADING CARD VARIANT COVERS will connect to form one epic image. Check out four of them here, along with a sneak peek at the full connected image! 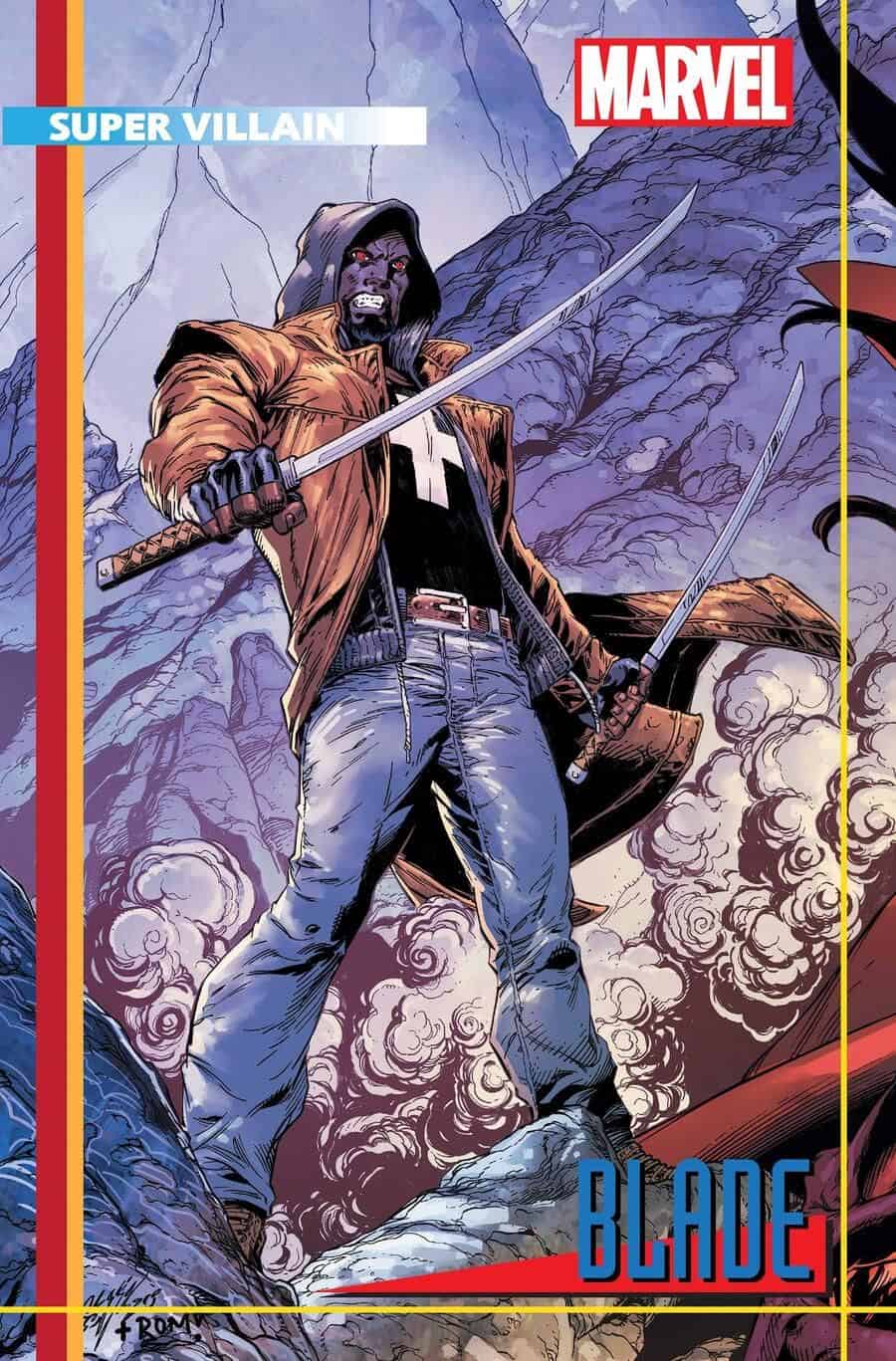 “Man, THIS was fun! I got to draw a BUNCH of characters for the first time, which doesn’t happen very often after all these years of drawing comics,” Bagley said. “I was just a kid comics fan when the Squadron was created, and I remember loving John and Sal Buscema’s art at the time. Even then, I aspired to do what they were doing, so it was a thrill doing this, and I’m proud to have been offered the opportunity.” 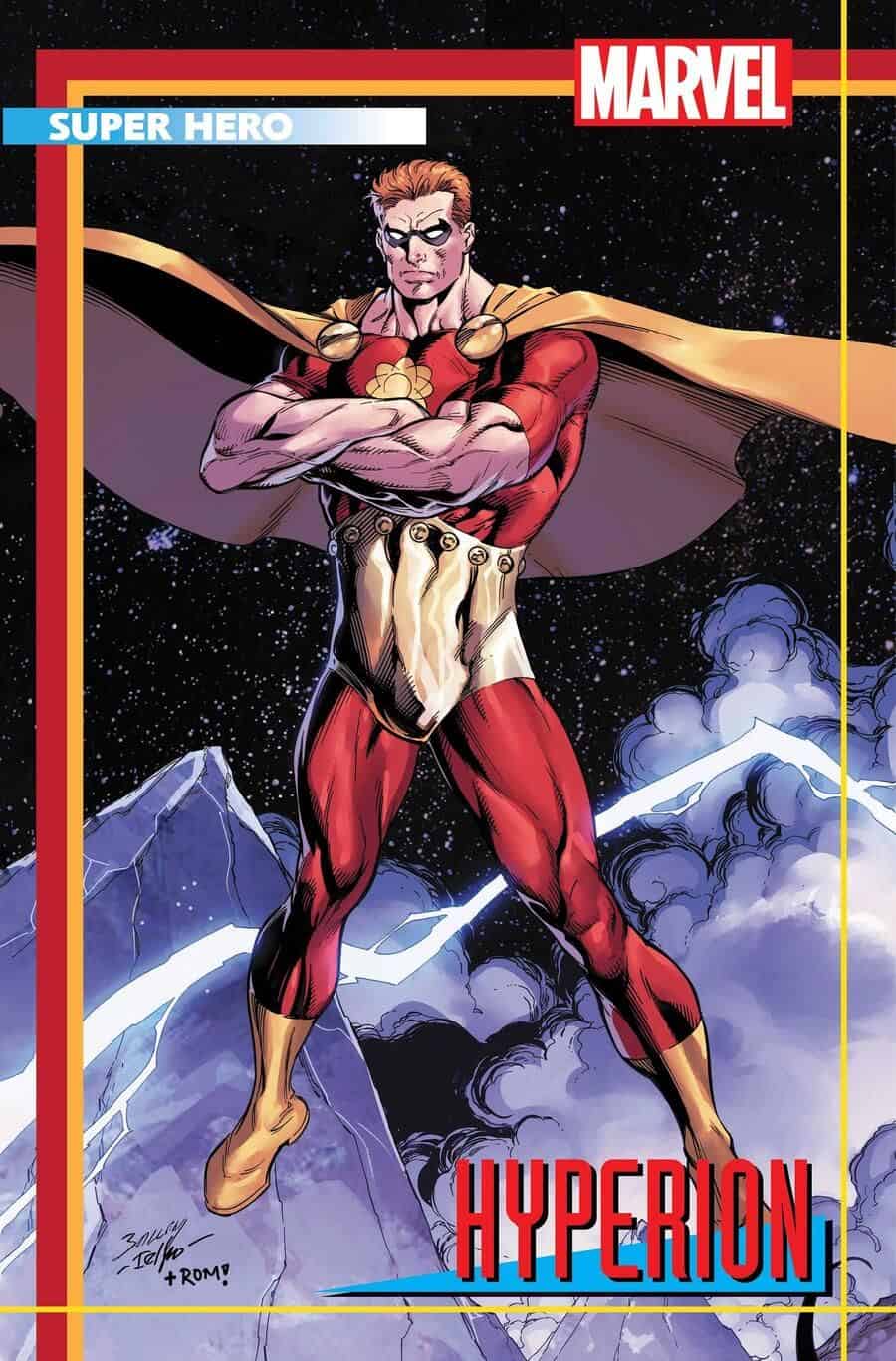 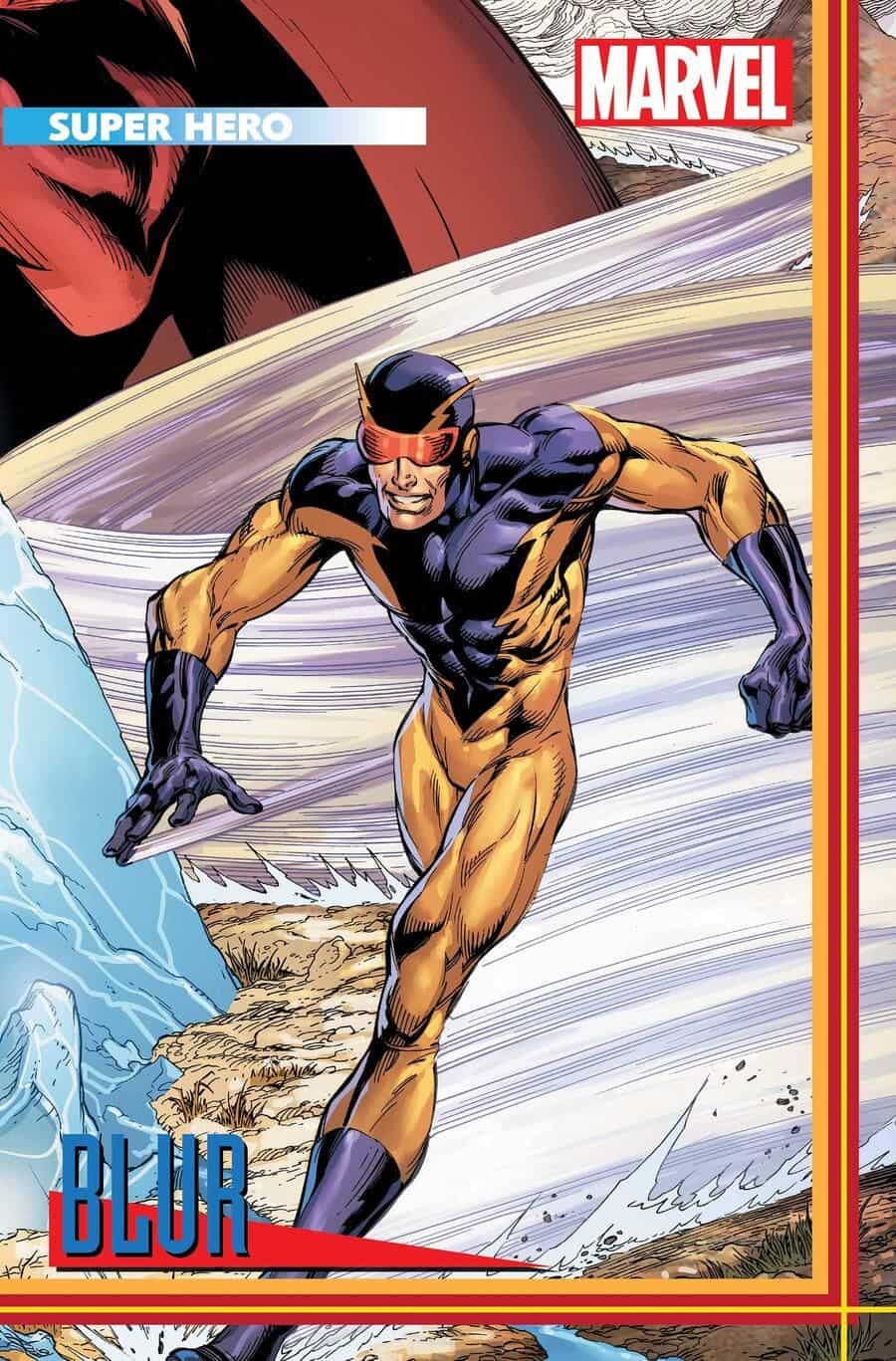 In addition, the artwork from these variant covers will be featured on trading cards, and the cards will be available at participating comic shops while supplies last! Packed with essential information on the main heroes and villains of HEROES REBORN, these trading cards will help immerse fans into this new Marvel Comics era. Retailers will be able to order these packs and begin distributing them when HEROES REBORN #1 launches on Wednesday, May 5. 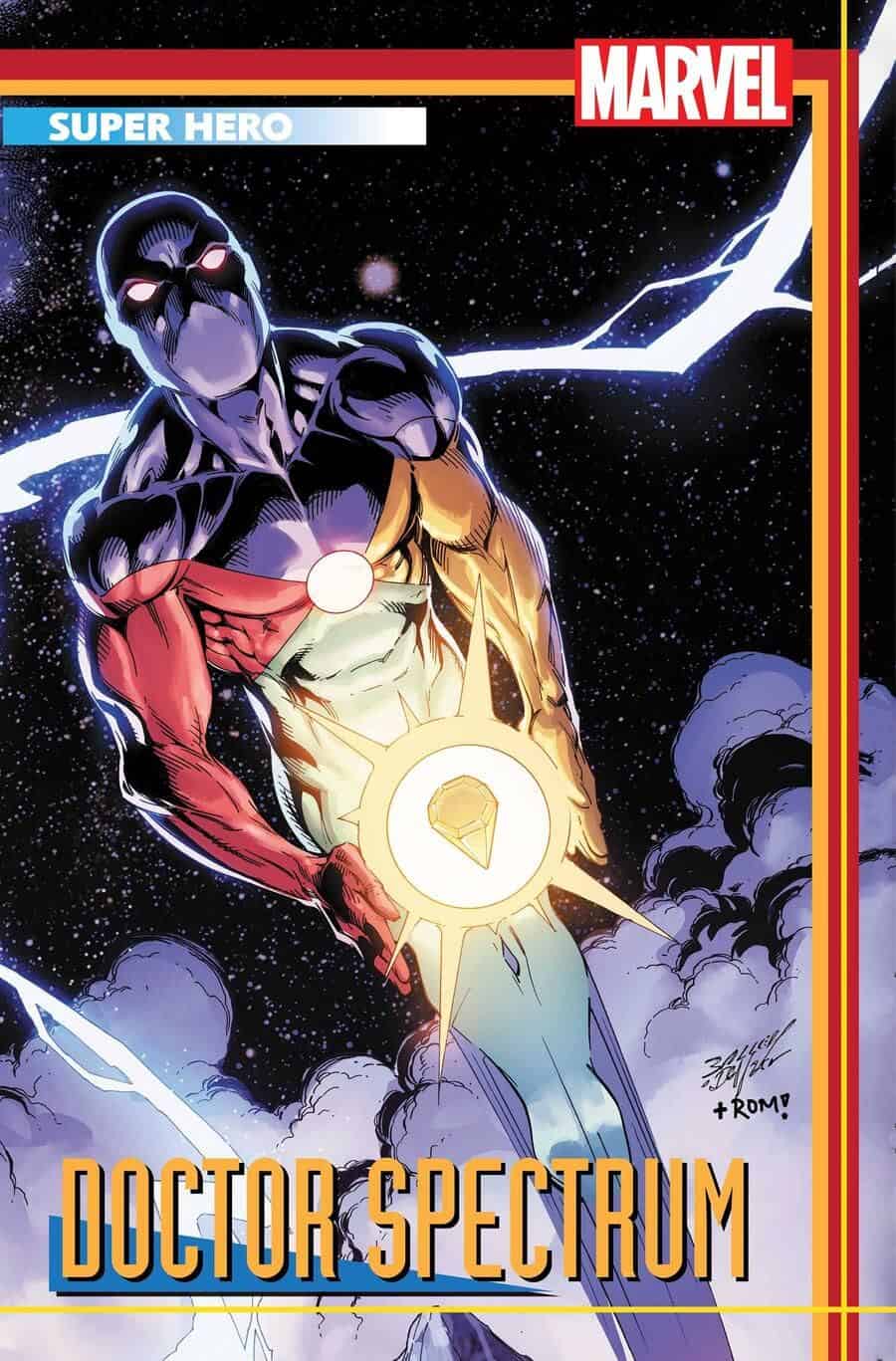 Trading cards have always been a beloved part of the comic book world, offering fans another way to collect a piece of their favorite stories. Celebrate this tradition by picking up this these unique variant covers when the first five covers debut in May. 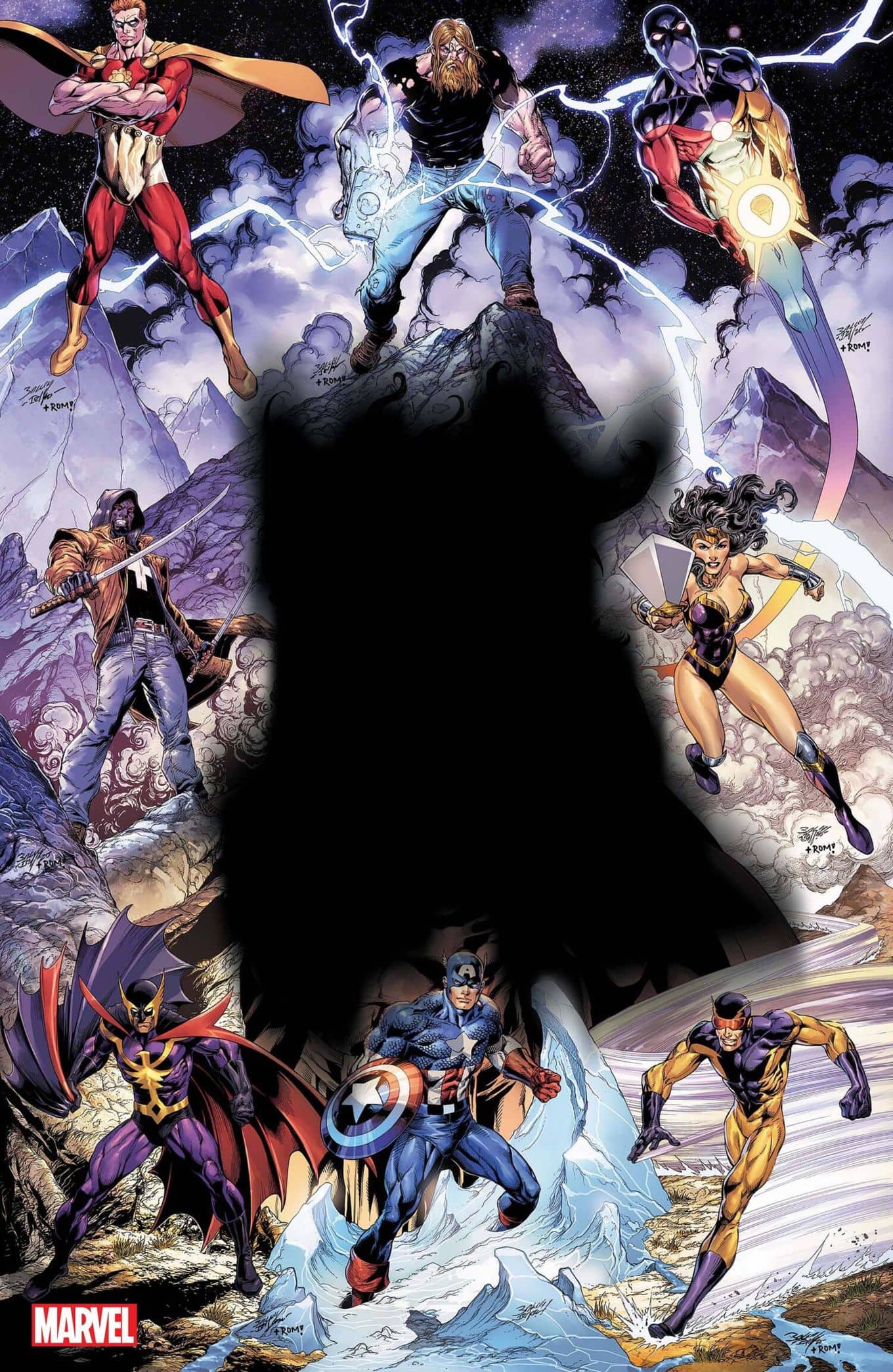 Be on the lookout for more HEROES REBORN TRADING CARD VARIANT COVER reveals in the coming weeks!

I wonder, based on the what’s been brewing in the Avengers series, if the main big bad(s) is / are Mephisto and/or Phoenix perhaps aided and abetted by Phil Coulson? Also, since this 2021 event is named after its 1996 namesake, could one or the big bad be Onslaught? What do you think? Stay tuned.