Earlier Marvel announced that Rob Liefeld would working on 30 variant covers to adorn books across their line with about 11 variants teased.

Now, Rob Liefeld is selling exclusive versions of at least three variant covers on his own website putting the Merc with the Mouth in is grey X-Force costume. See original variant cover below followed by the grey variant of them, um, variant. 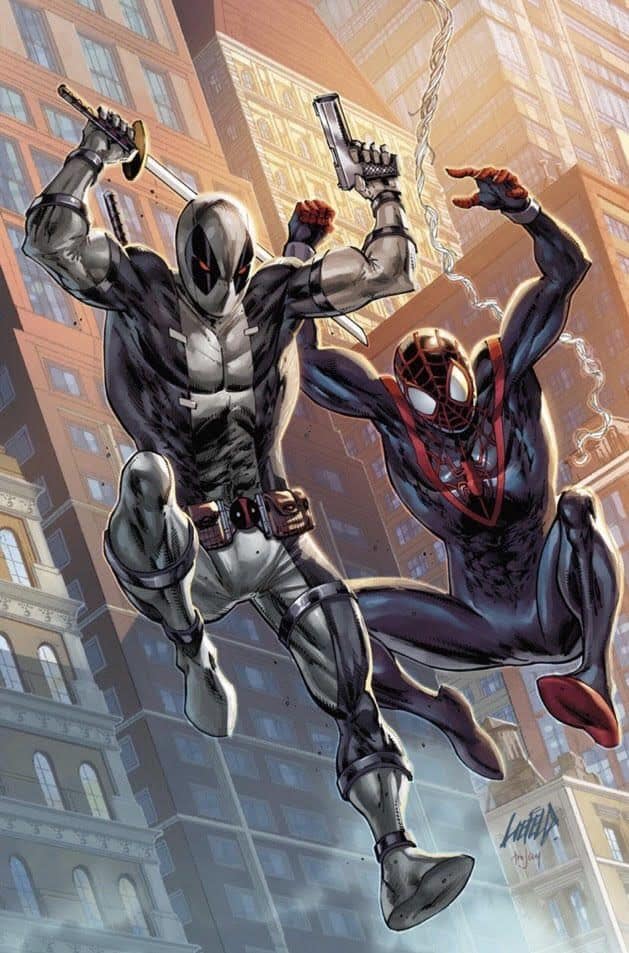 Unnumbered Guardians of the Galaxy.

Interestingly, the red and grey versions of Deadpool are the two standard variants Marvel announced at the time for X-Force #18.

Head over to Liefeld’s site to to peruse and purchase.

Blu-ray Review: Shriek of the Mutilated