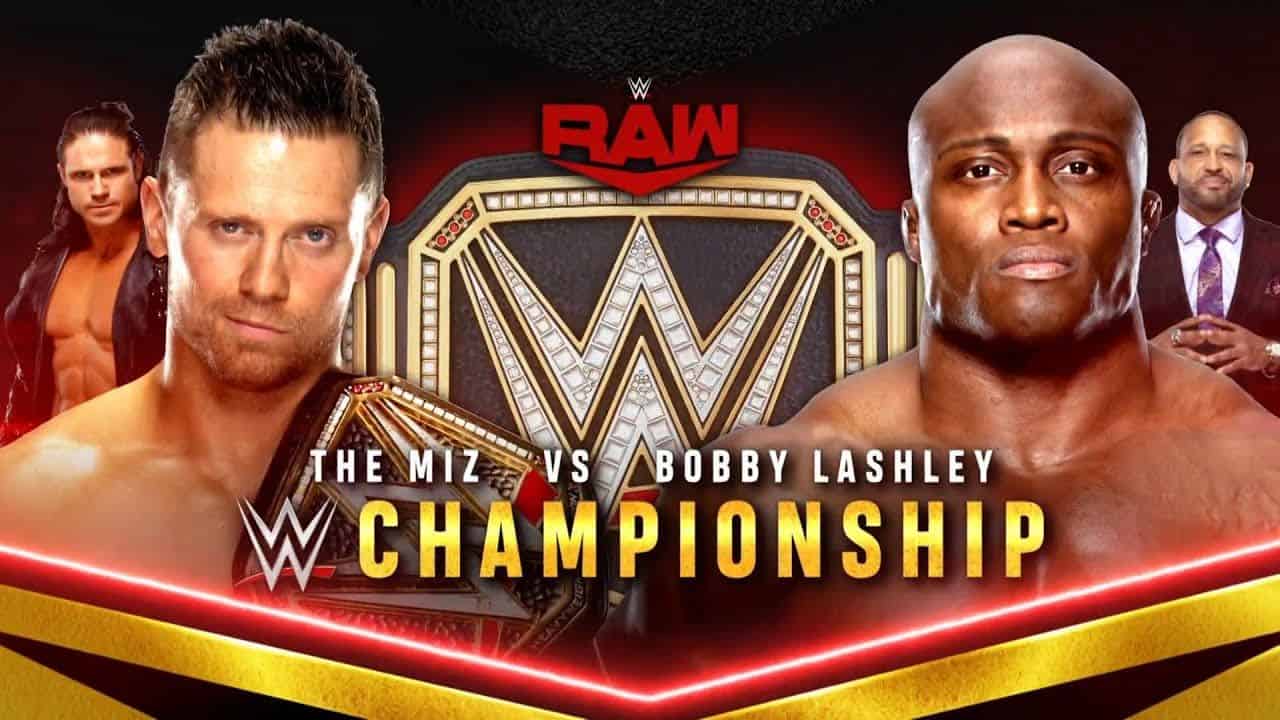 Last week’s Miz TV recap starts the show. Sheamo vs. Drew starts the show with no hype for the match. Brilliant! But first, Drew recaps his feud with Sheamus before talking about losing to Miz, leading to Miz coming out. They ramble on for-ever with Miz throwing Lashley under the bus. Miz pitches Miz, Morrison and McIntyre – THE THREE M-MIGOS! Lashley’s theme hits and MVP’s out and says Lashley vs. Miz is up at 9 before SHEAMUS COMES OUT TO TALK MORE. It’s 16 minutes into the show! Sheamus and Drew brawl then they have their match. Nice brawling and a snap suplex by Drew.

Drew does Sheamus’ chest clubs and White Noise gets 2 for Sheamus. Drew gets a belly to belly. Drew shoves him into the apron and then belly to bellys him into the announce table. Wasteland on the table and a diving lariat gets 2. White Noise leads to a schoolboy for Drew for 2. Future Shock hits for 2! Super white noise by Drew gets 2 and Sheamus hits an Alabama slam for 2! Sheamus sets up a brogue kick, but Drew claymores him out of nowhere. This was a PPV-quality match – shame to see it just given away with minimal hype on Raw.

Naomi dances backstage before Nia interrupts her – they wrestle next. Nia bullies her for a bit. Bearhug by Nia and she powerbombs her to win. Lashley scary face video before Miz vs. Lashley…is postponed due to Miz having cramps and his match will be at 10 PM instead. Braun bitches and talks some more and says he has a tag match later and HE’S PISSED OFF! Shane says Braun needs to work with WWE Management and he needs to be forced to do so and he’ll team with WWE Management – in Pearce. They bicker and Shane makes it a Raw Tag Title match and Braun makes a creepy face. This is now up – can they let any moment breathe on this show?

Braun bowls the heels over and sends Shelton over the top on a lariat. Strowman Express on the floor to both guys. Braun gets a powerslam, but Shane wants a powerslam and Pearce comes in and loses via small package and Braun is pissed. Priest and Bad Bunny meet with Elias and Ryker. We get wacky comedy before Elias faces Priest. CHINLOCKS from Elias. Priest gets his imaginary arrow and hits a corner elbow before the Broken Arrow gets 2. O’Connor roll gets 2 for Priest and he dives into an Elias knee for 2 Priest Hits the Lights to win. Miz title win recap to kill time. Miz walks backstage to kill more time.

Randy appears next to Charly looking 80 feet tall and recaps the black liquid stuff. Then Lexi’s on a screen with a jack in the box and wants him back. Randy then appears in a cloak on-screen to cut a promo on…Randy Orton chatting with Charly. Okay, so we get possessed Randy vs. Randy – TONS of chinlocks. Miz proposes MORE TALKING ON THIS SHOW. Miz says this isn’t the stage – it’s WRESTLEMANIA! Miz runs to the floor and gets counted out. Tremendous. Recap of Miz bailing.

Backstage, MVP tells Shane that this is bullshit and Shane agrees and makes Miz vs. Lashley again and if Miz pulls this shit again, Lashley gets the title. Charlotte talks about this rollercoaster for the last few weeks. YES! WE COULD GET CHARLOTTE WINNING ANOTHER TITLE AT MANIA! We see Shayna kick Asuka’s mouth and bust a tooth out. Shayna’s out and cuts a promo with Nia about them changing the road to WrestleMania for Charlotte. Shayna and Charlotte brawl before their match.

Shayna works on the arm and Charlotte works the knee before natural selection ends it after she blocks the RNC. 15 minute countdown for Lashley vs. Miz. LHP and Riddle face off with Mace, T-Bar, and Slapjack. Chokeslam backbreaker gets 2 for T-Bar. Metalik dives off Lince with an elbow for the win. Ali is pissed and wants to show his team how to win, so he faces Riddle AND WINS. Boy this title win did a lot of good for Riddle. Shane meets with Miz and he says that AS WWE CHAMPION, HE DOES EVERYTHING FOR THIS COMPANY AND HE DESERVES RESPECT while crying.

Lashley and Miz come out and Shane brings out lumberjacks. Miz goes for a belt shot, but Lashley grabs it. Miz bails and Gulak throws him in for a lariat. Lashley runs him down and gets the Hurt Lock and wins the WWE Title for the first time. MVP has managed Lashley to both the TNA and WWE World Titles. Hurt Lock on Miz again! 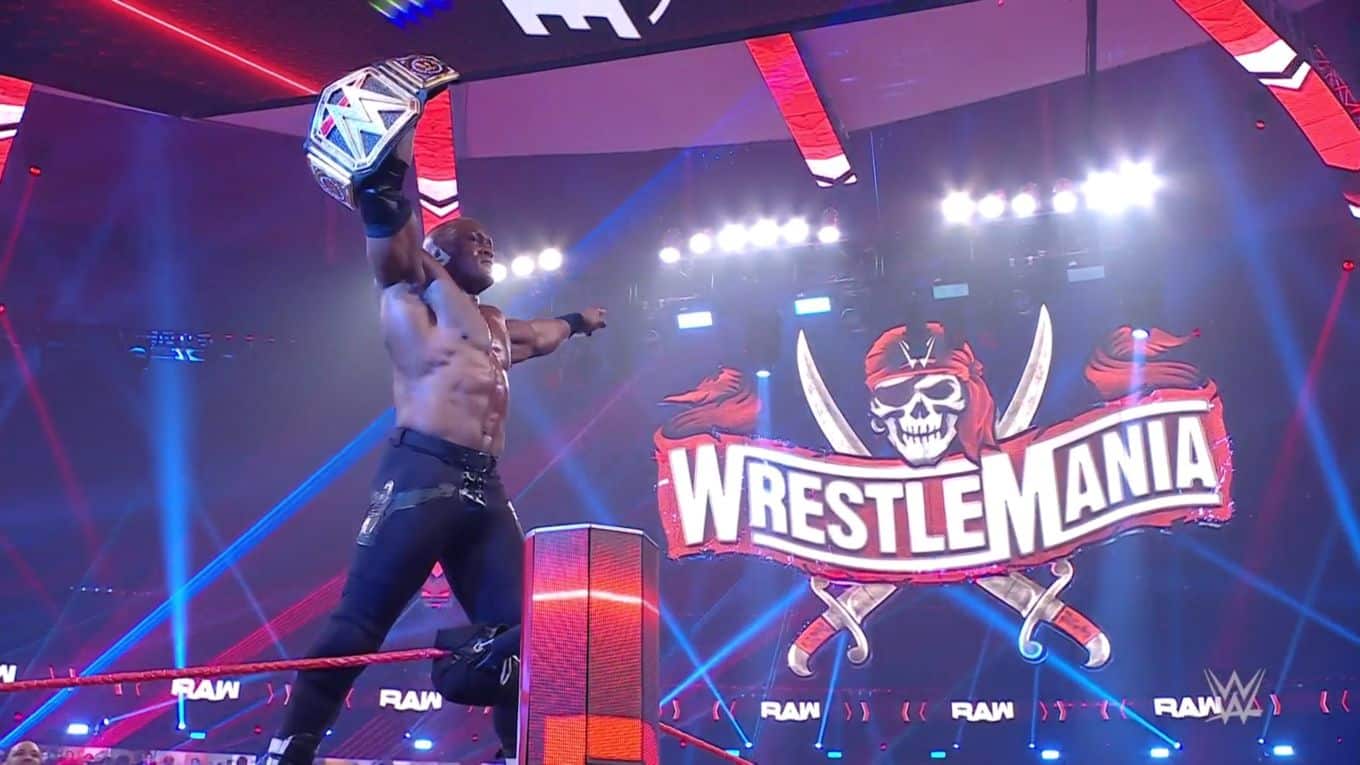