A Dead Joker Makes Mom and Daughter A… 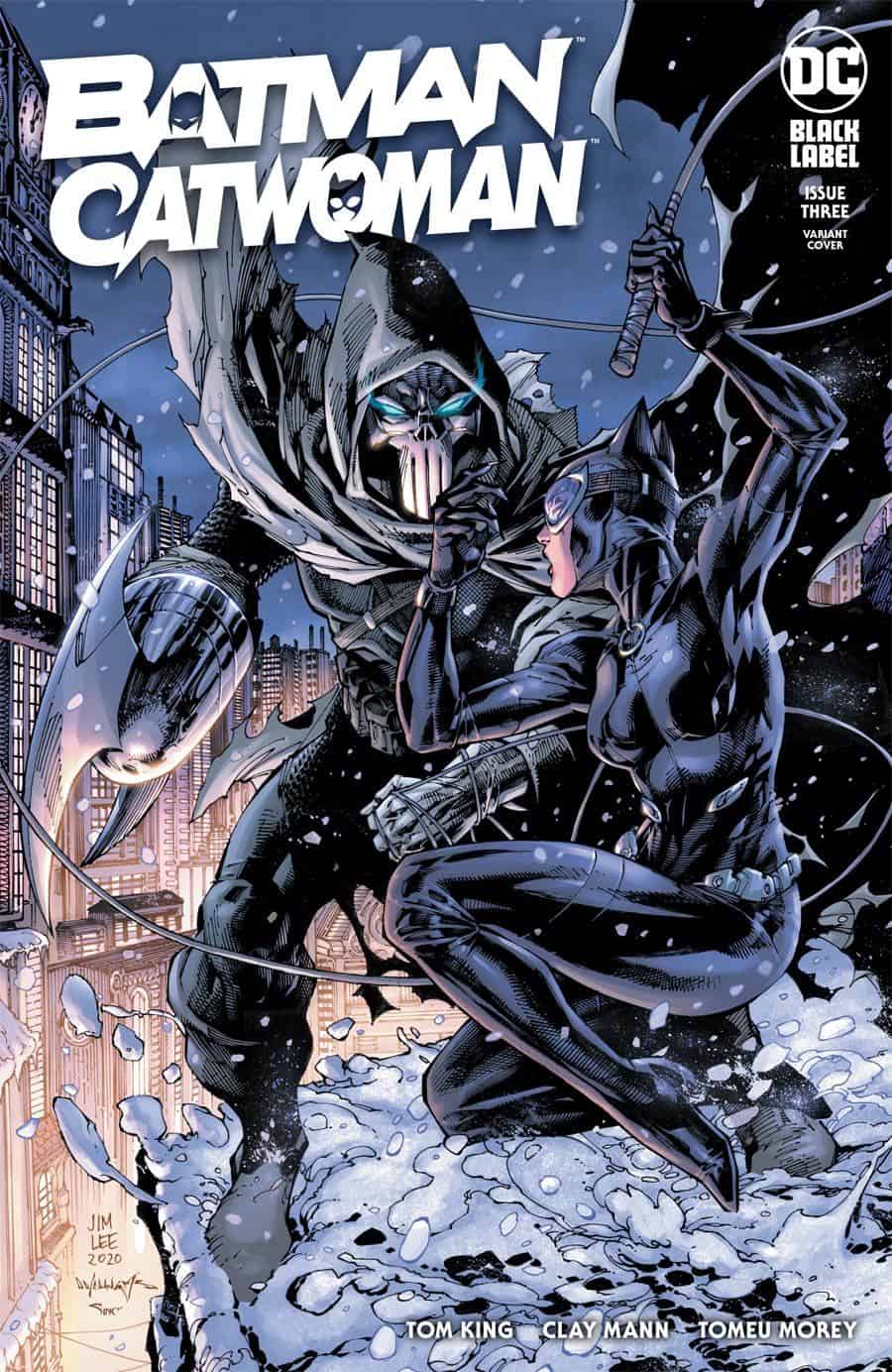 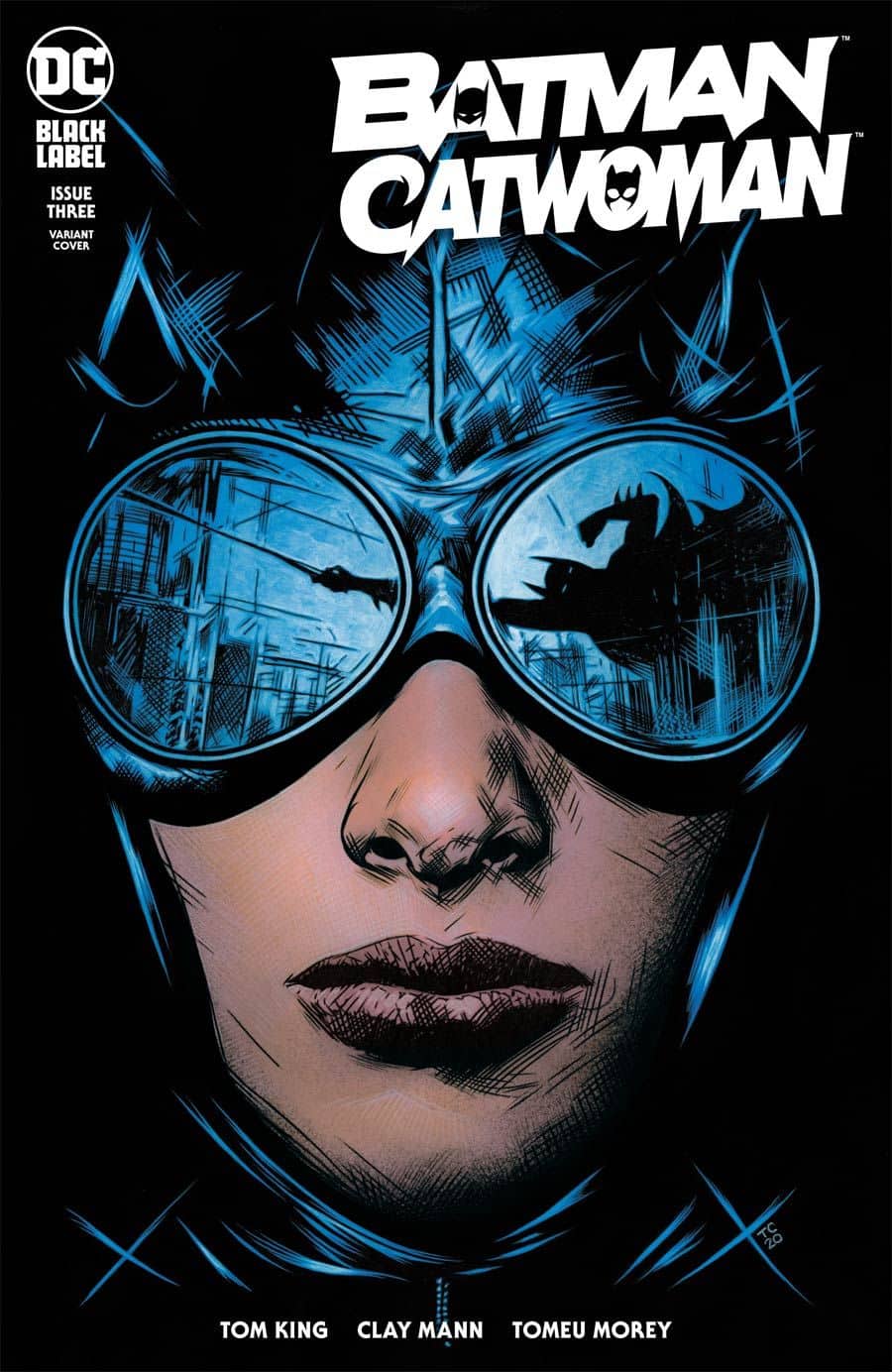 Plus A Bloody Deadly Phantasm! 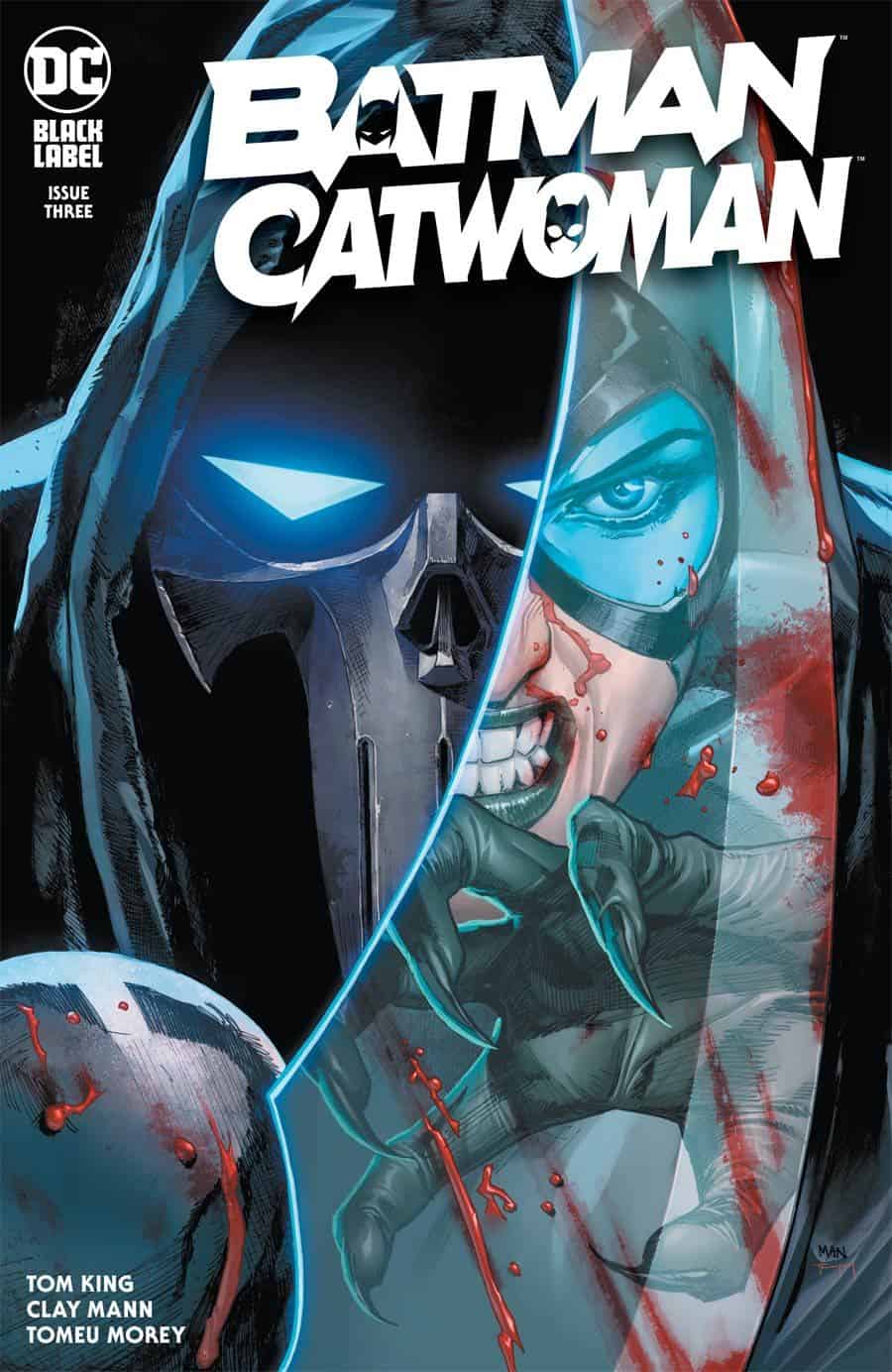 For my look at this book, I will use 2021 as the “present”; when I mention the past and futures parts of this story its rooted in that. 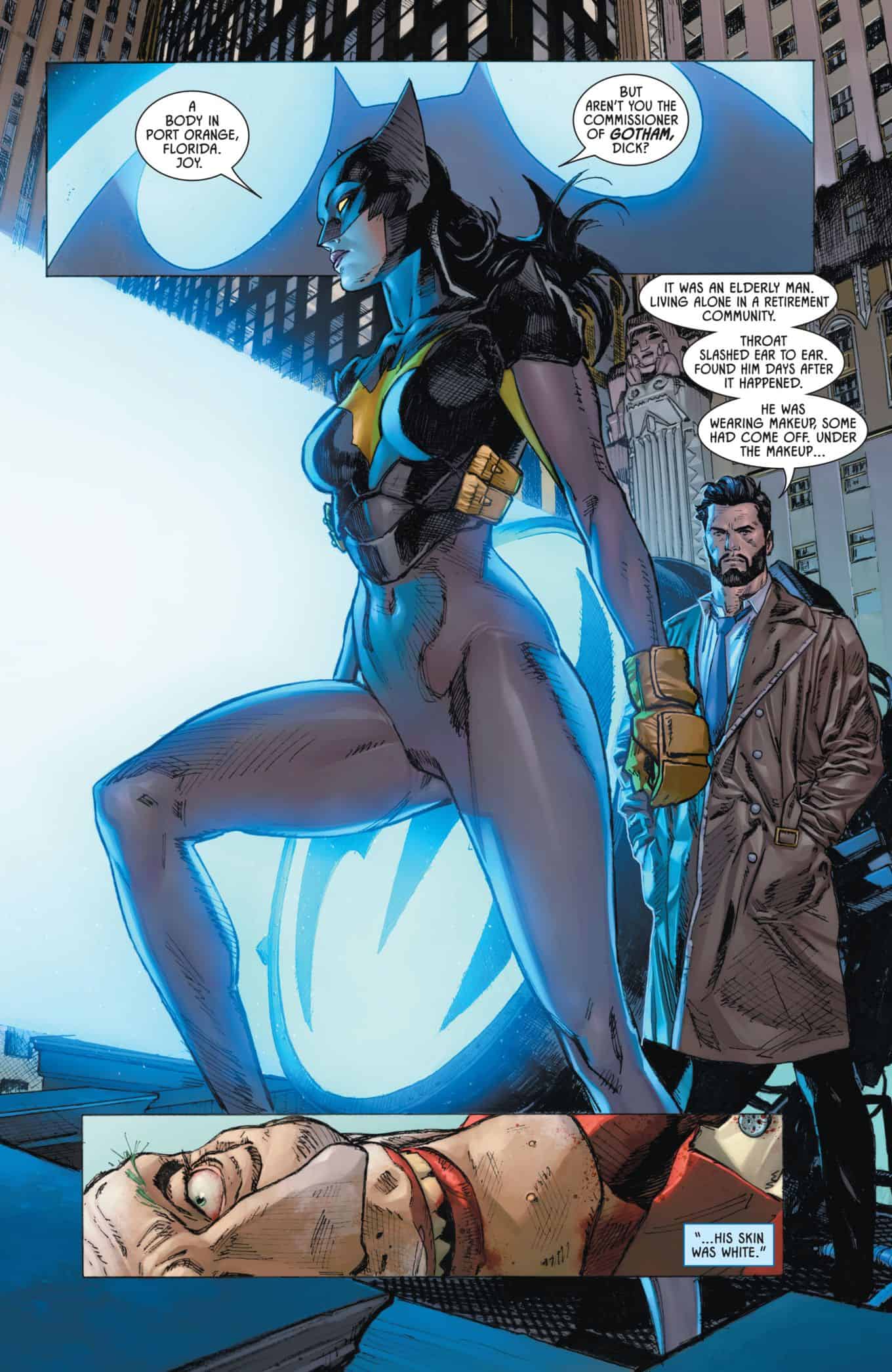 The book opens in the future with former Nightwing and now GCPD Commissioner Dick Grayson briefing Helena Wayne as Batwoman not Huntress about what appears to be the death of the Joker; who readers know is dead and also who killed him from last issue. 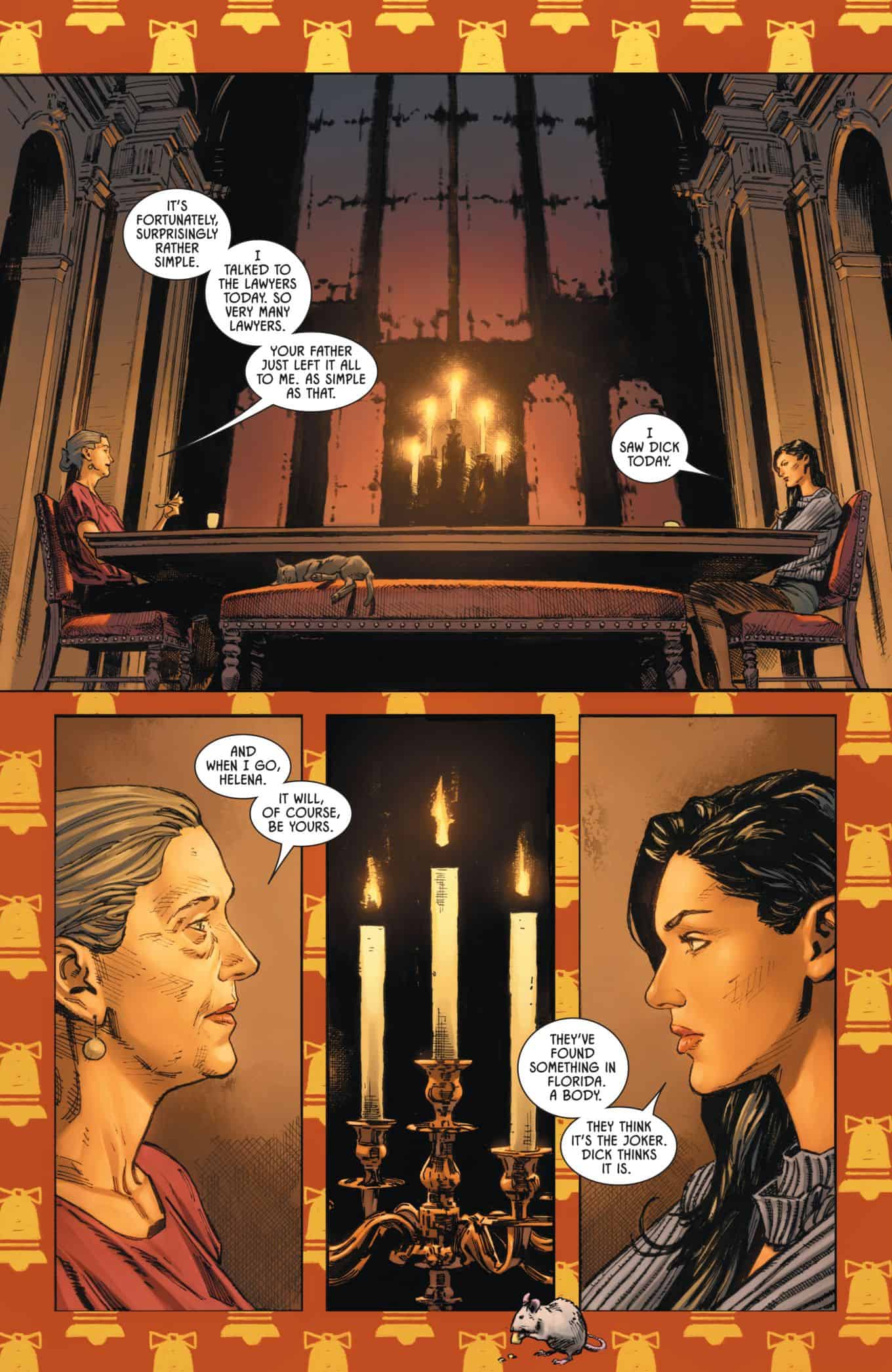 Later, it is confirmed that the Joker is dead and Batwoman tells her mom the former Catwoman. 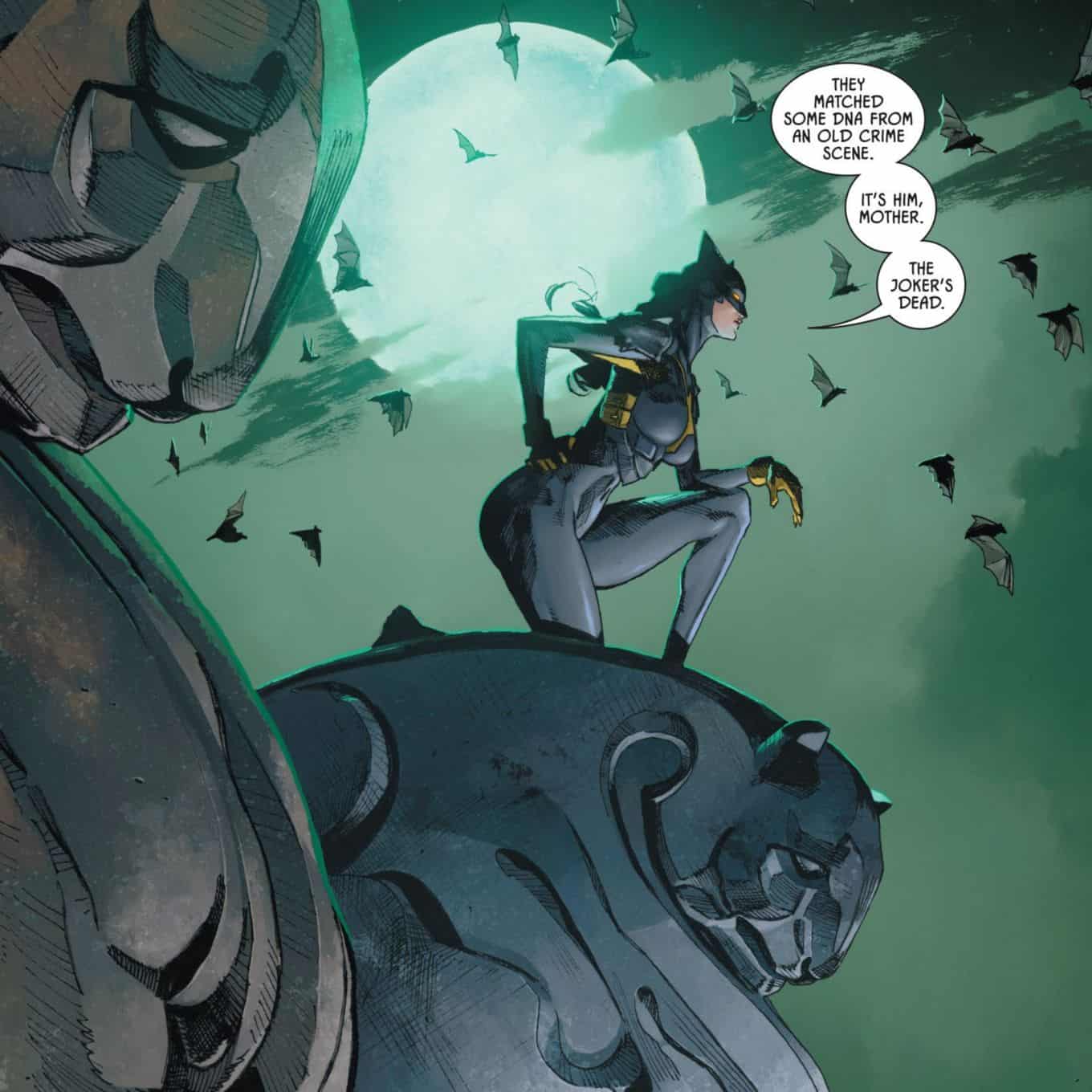 With Batman having died recently, the death of the Joker has greater resonance for mother and daughter. 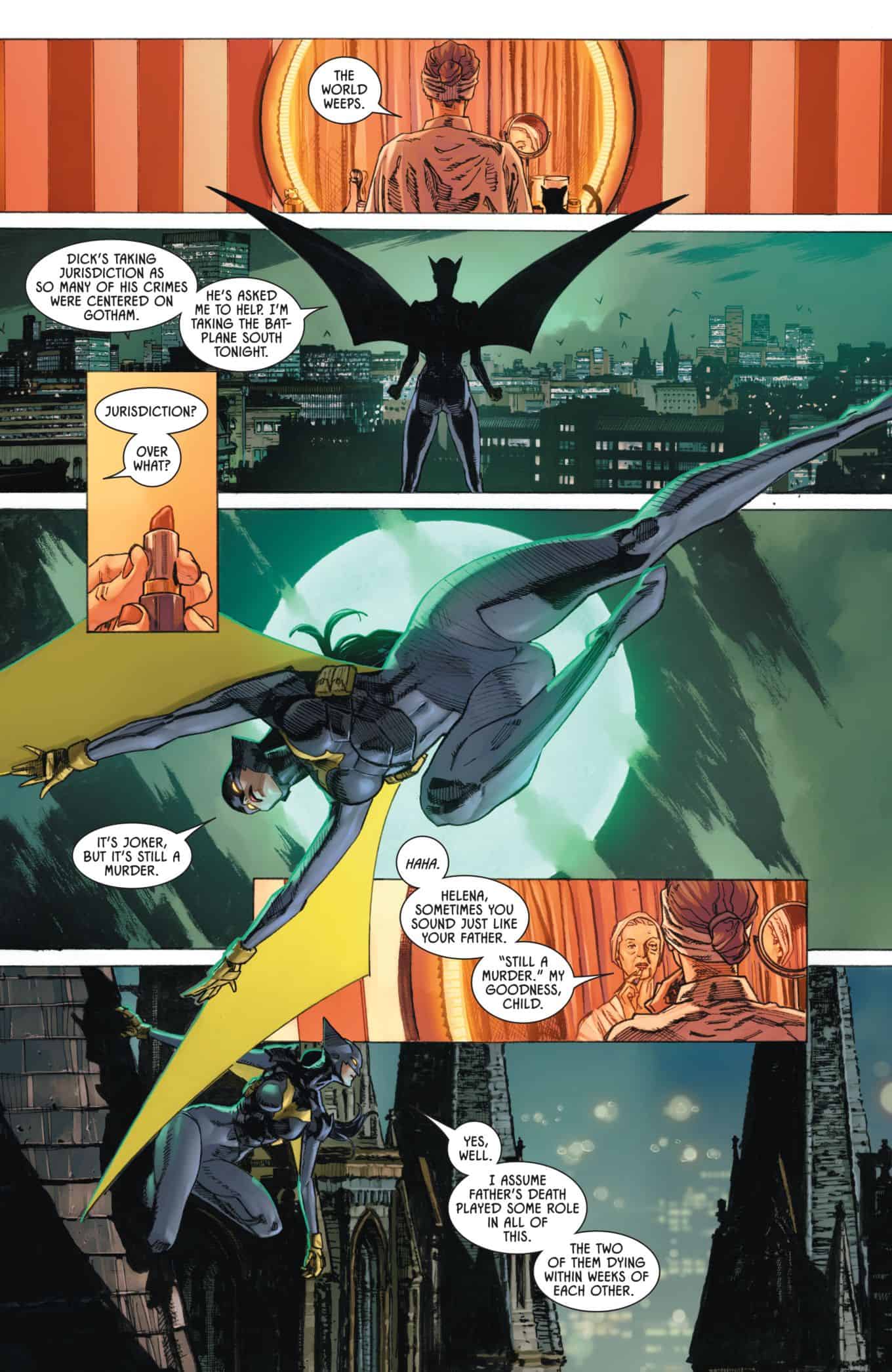 In the present, Phantasm attacks Selina Kyle and…

…she puts up a fight as a Catwoman would… 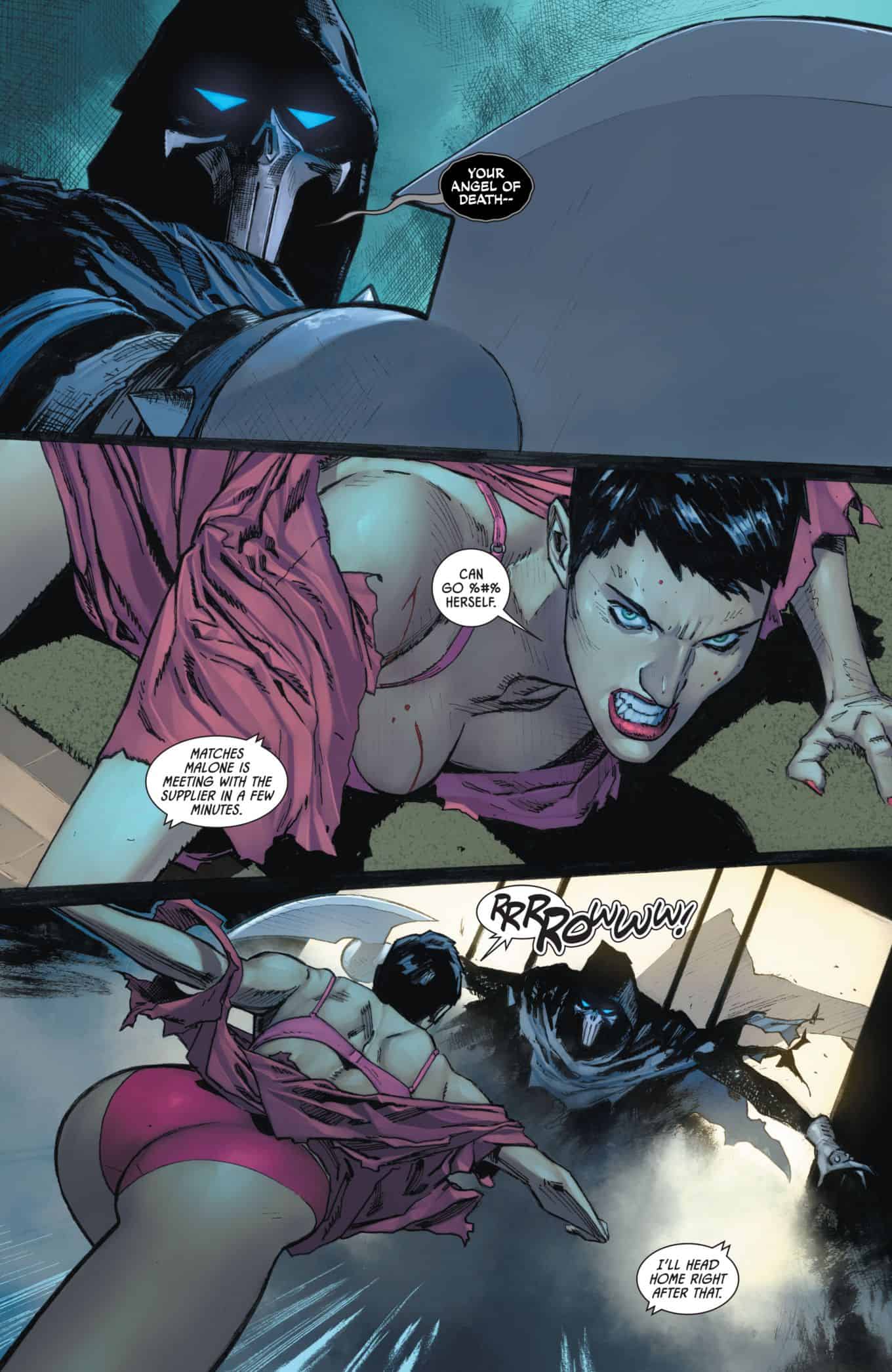 …including tossing them both out the window… 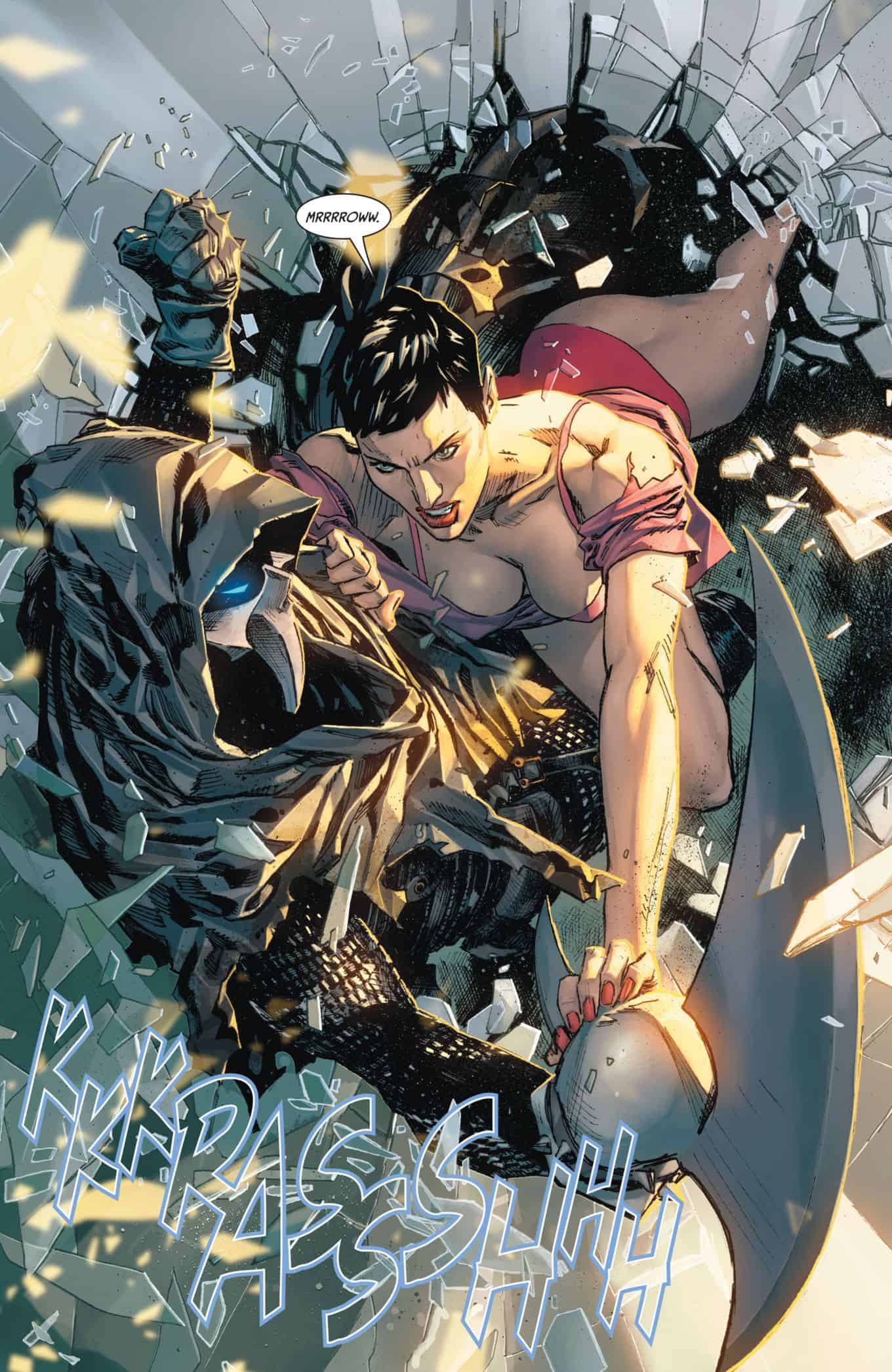 …knocking them both unconscious. 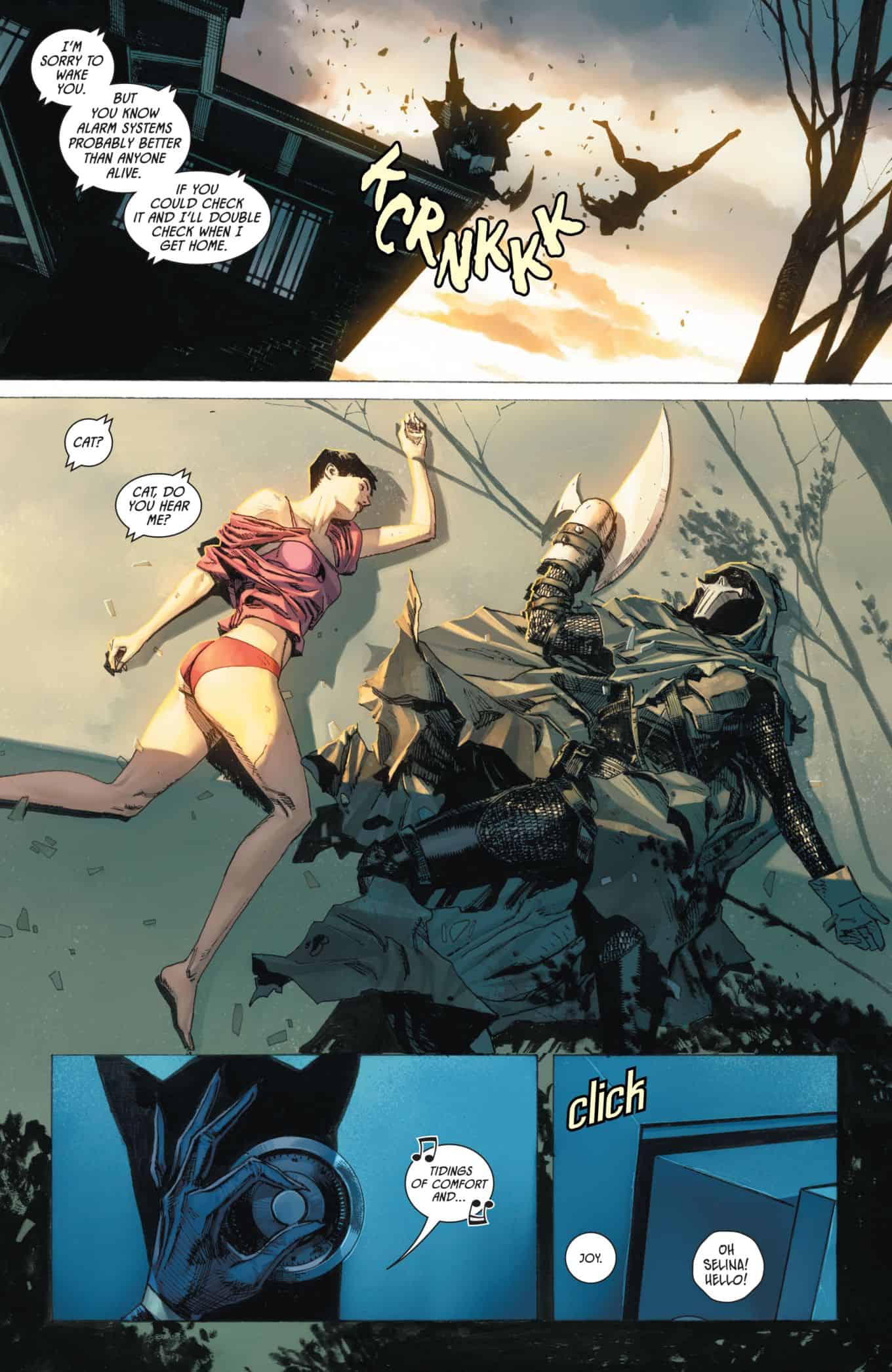 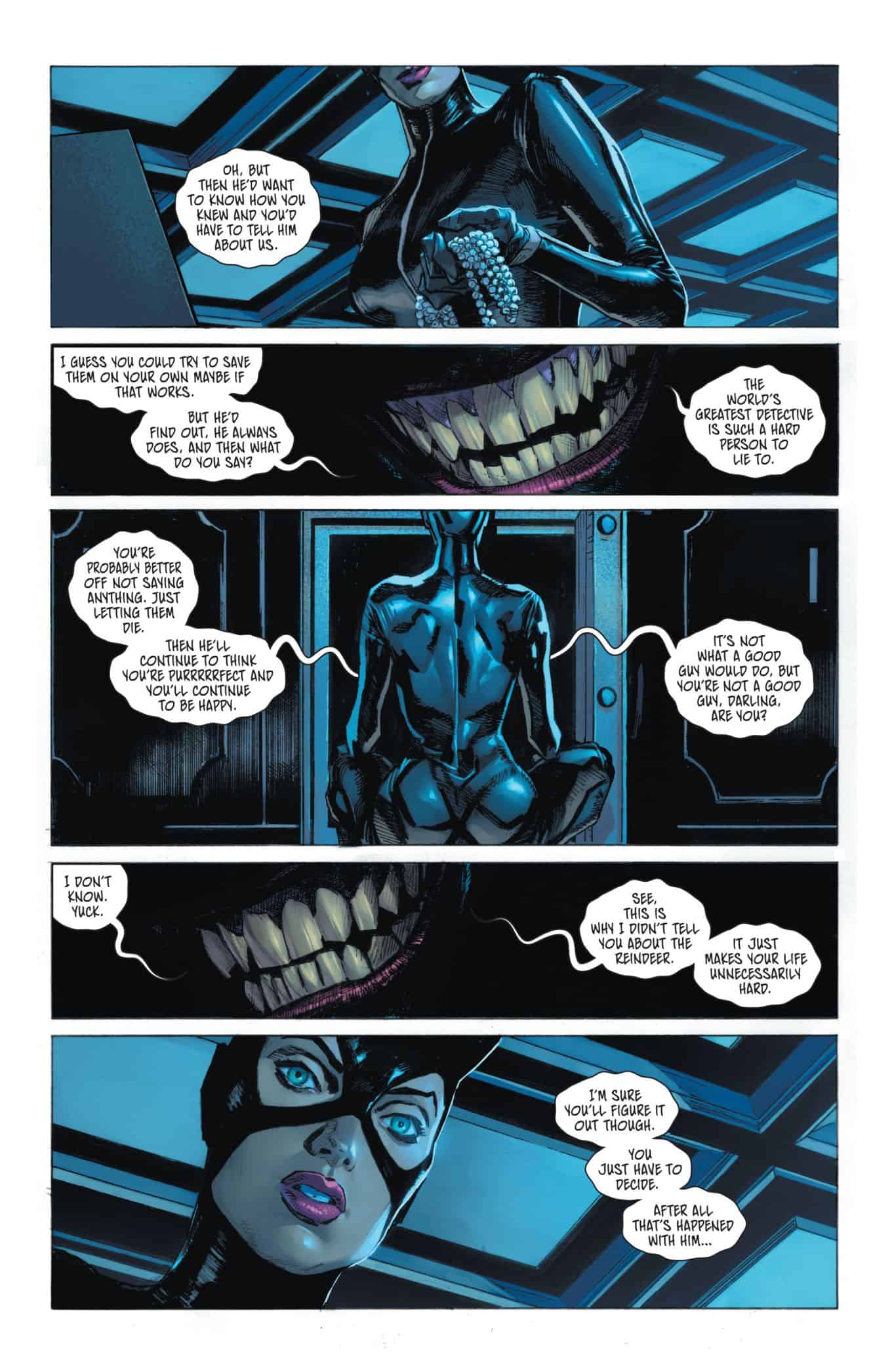 …working with the Joker. 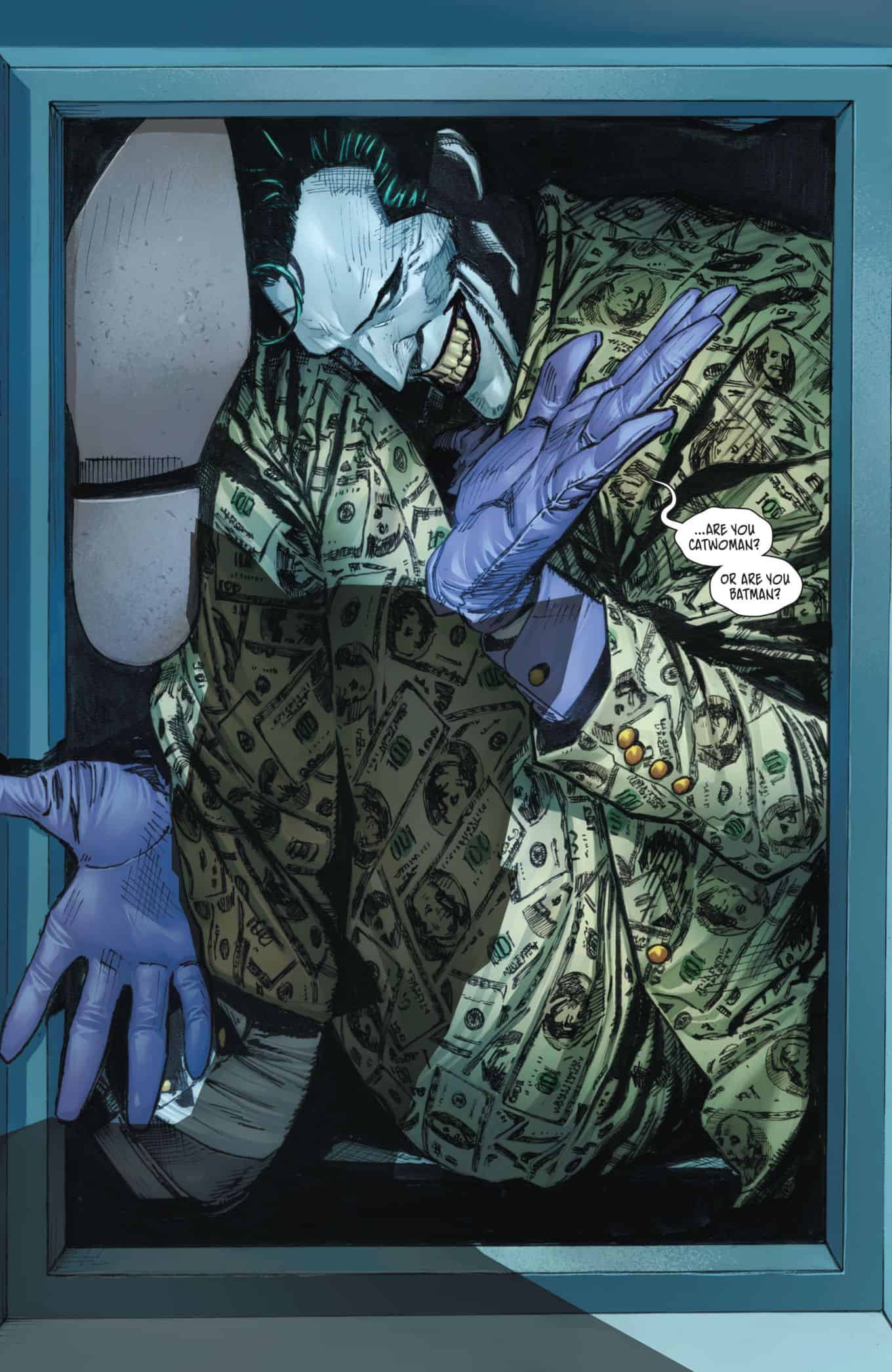 The book ends in the future with Batwoman on the hunt for the Joker’s killer. 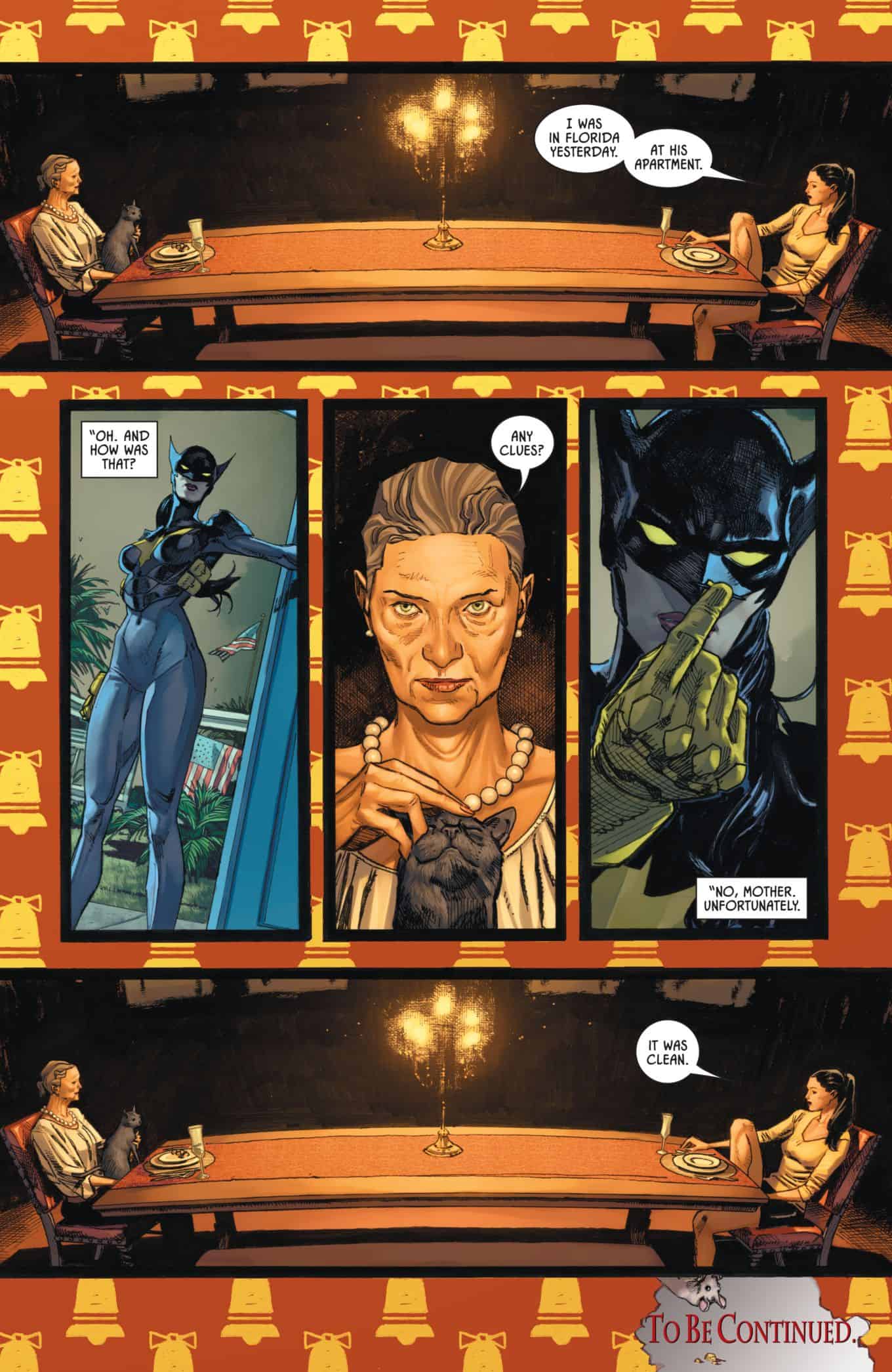 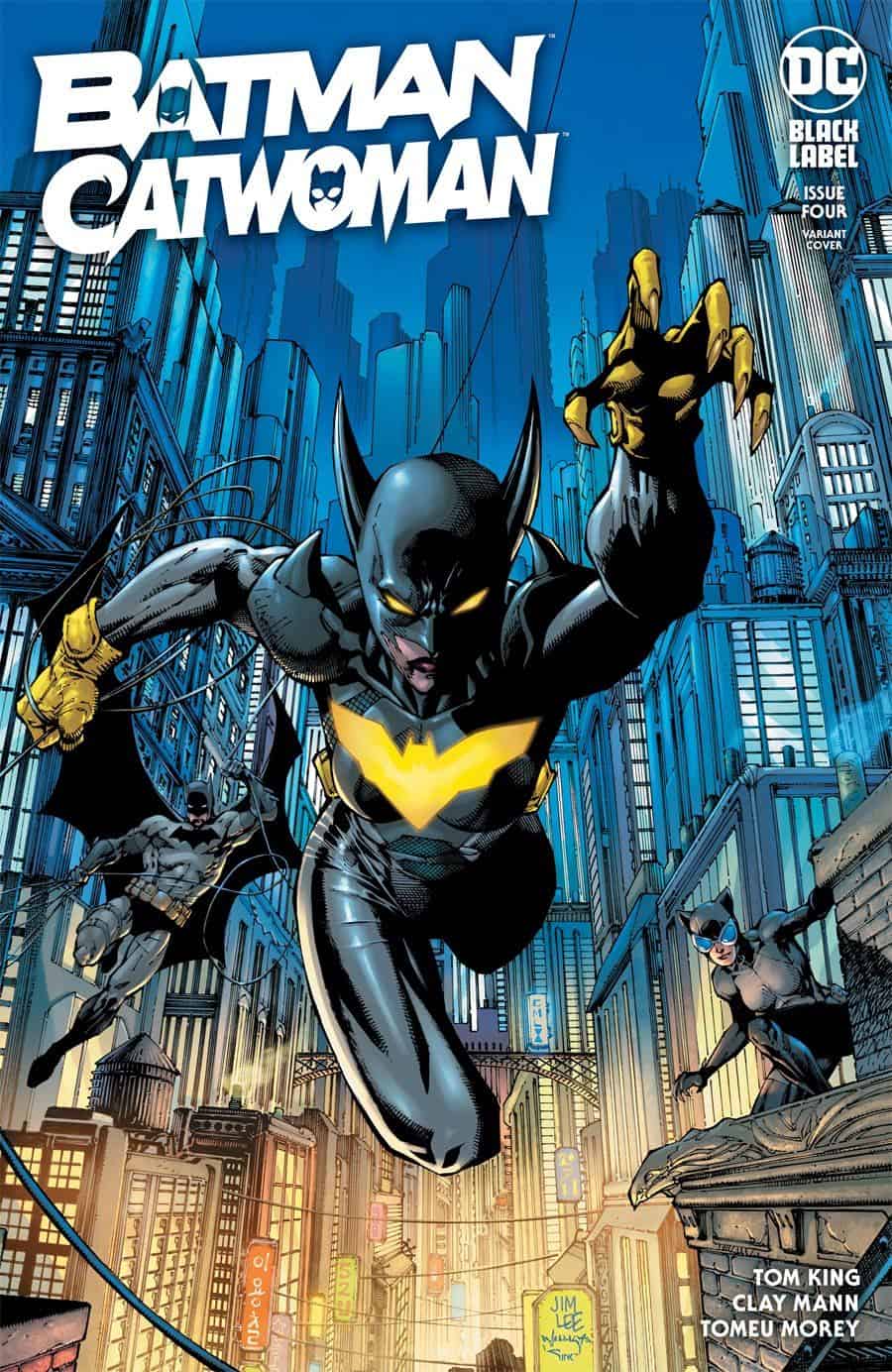 A gorgeous book visually. The story is compelling and intriguing. I do like the various times through which the story is told, but the transitions are jarring and makes parts of the story incomprehensible at worst, but at best requiring multiple reads. 7 out of 10.