Why Spider-Man Gets New Amped-Up Suit?! Plus Who Does Kingpin Want Dead? 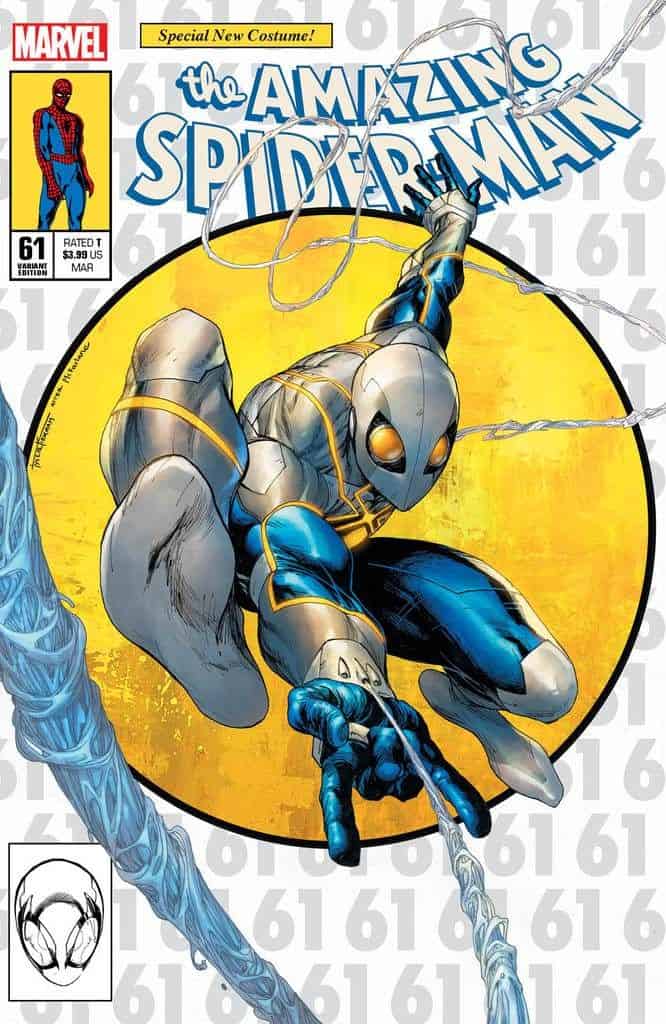 The book has a few more variant covers on top of the above. 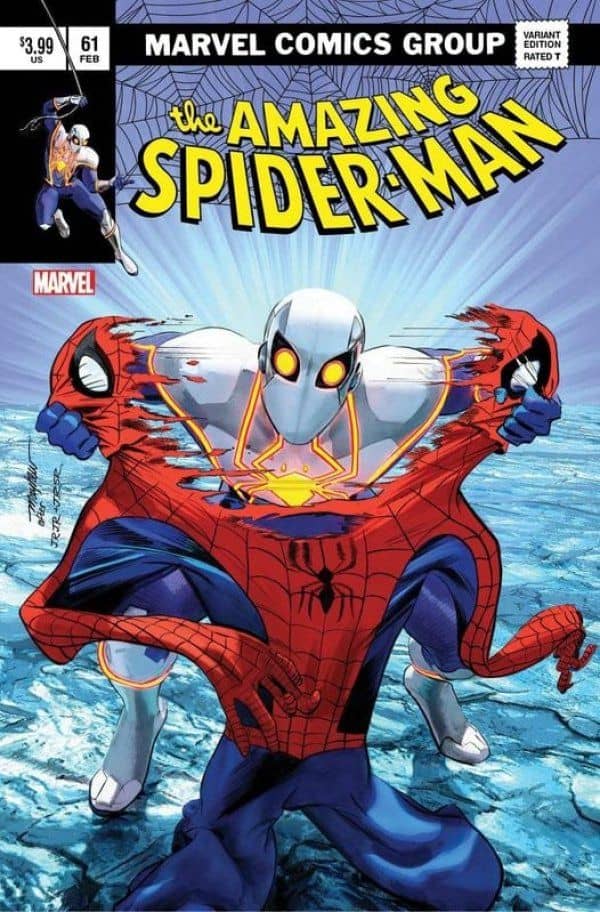 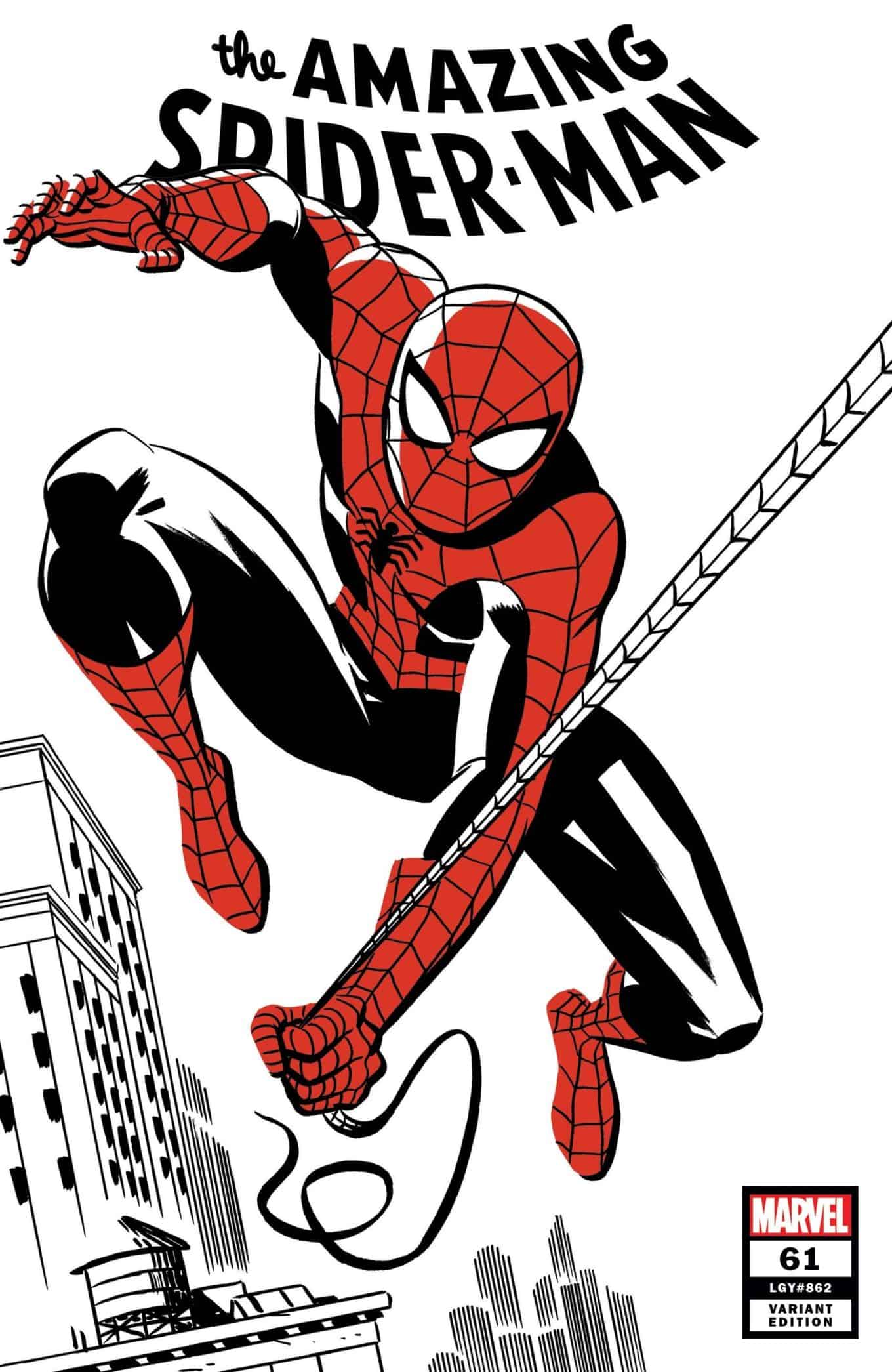 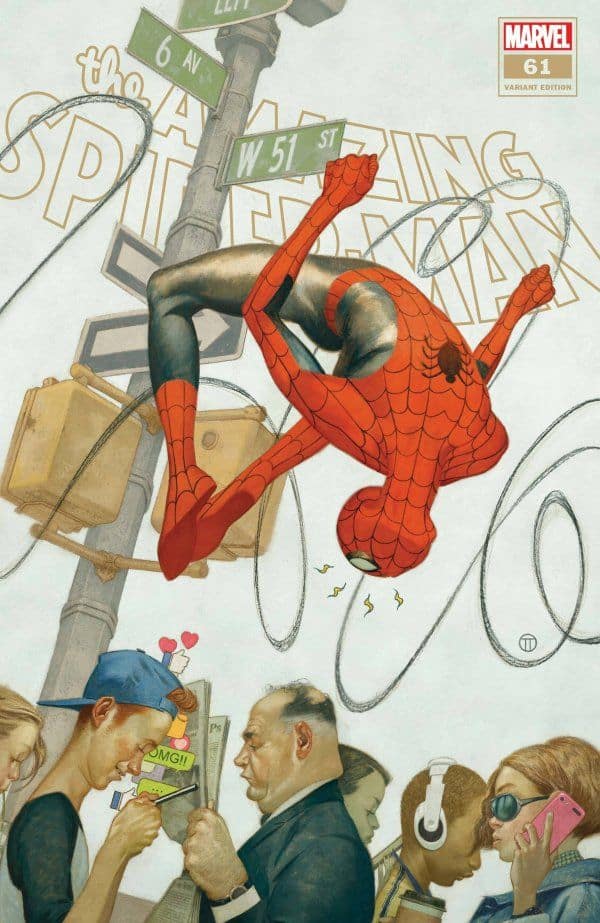 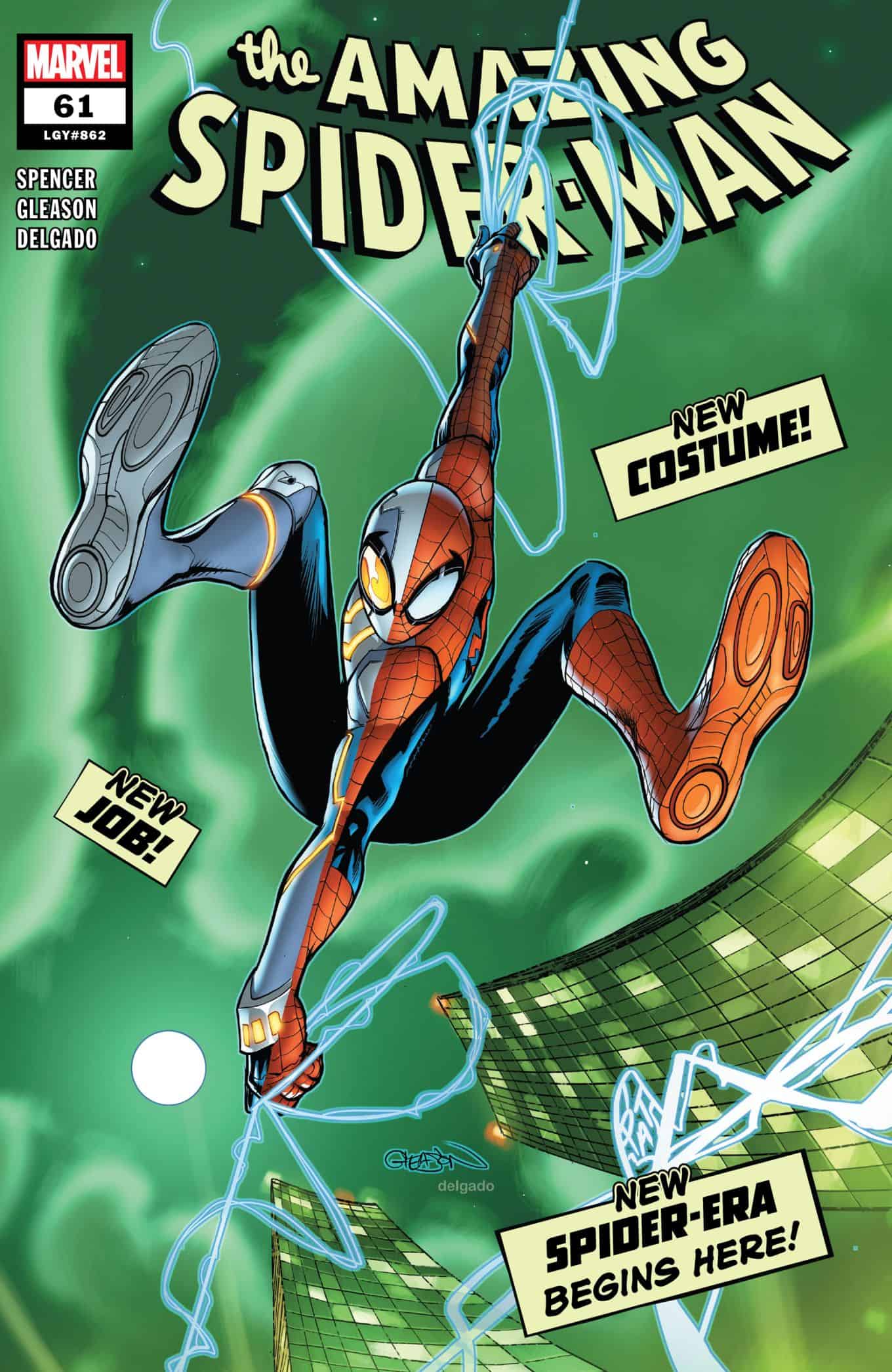 Here’s a better look at the new costume.

The book opens with a recap on what’s transpired including a shot of Kindred who has been around since the beginning of this series plus we see Spider-Man’s new costume in action. That leads into readers finally understanding why Kingping has assembled Marvel’s top villians; he wants Boomerang (Peter Parker’s roommate) dead?! 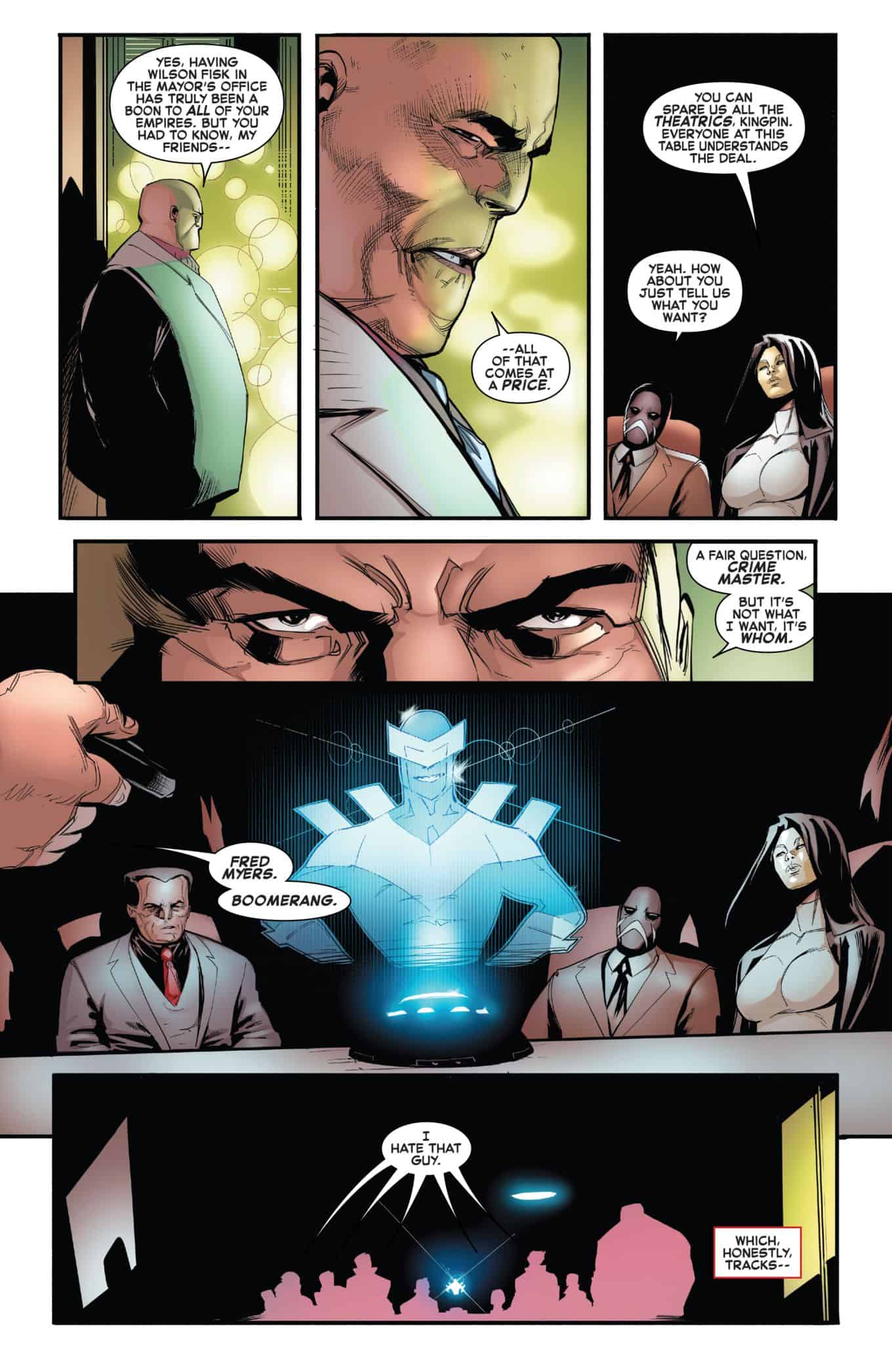 Later, we get a flashback I think that shows Norah Winters… 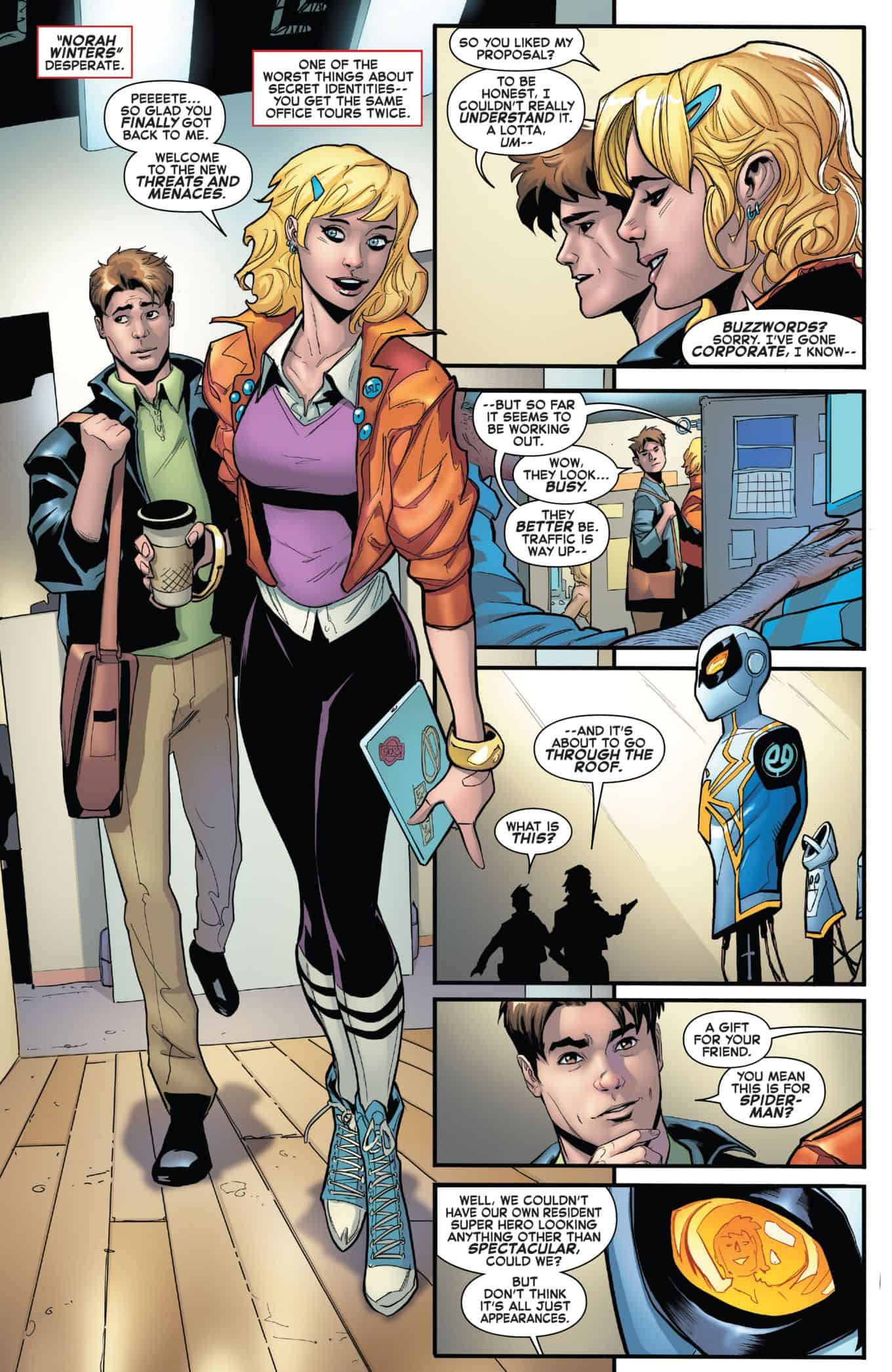 …showing the new costume she wants to present to Spider-Man that has cool new gadgets in them as well as other super-hero’y things. 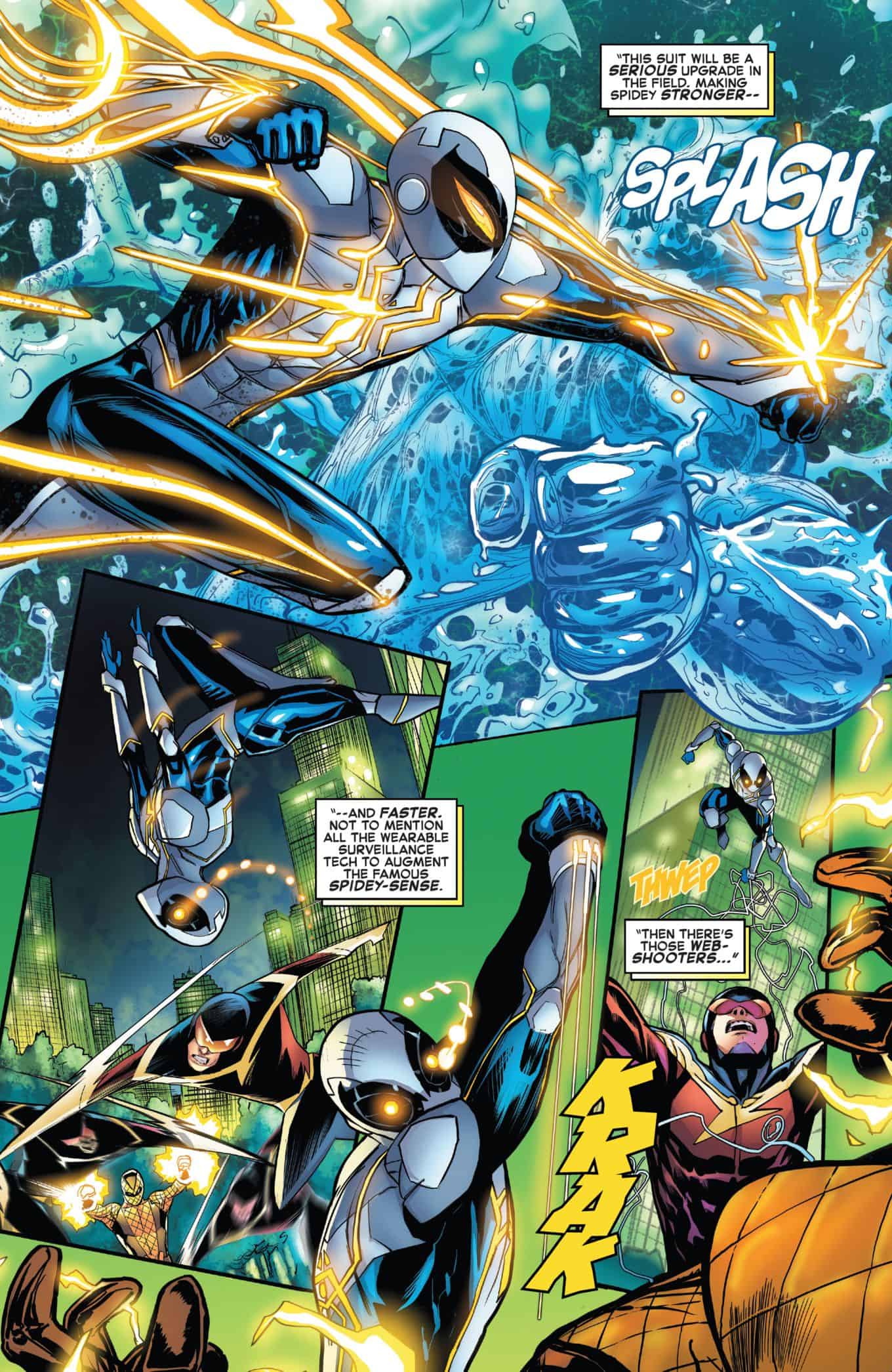 What’s in it for her is… 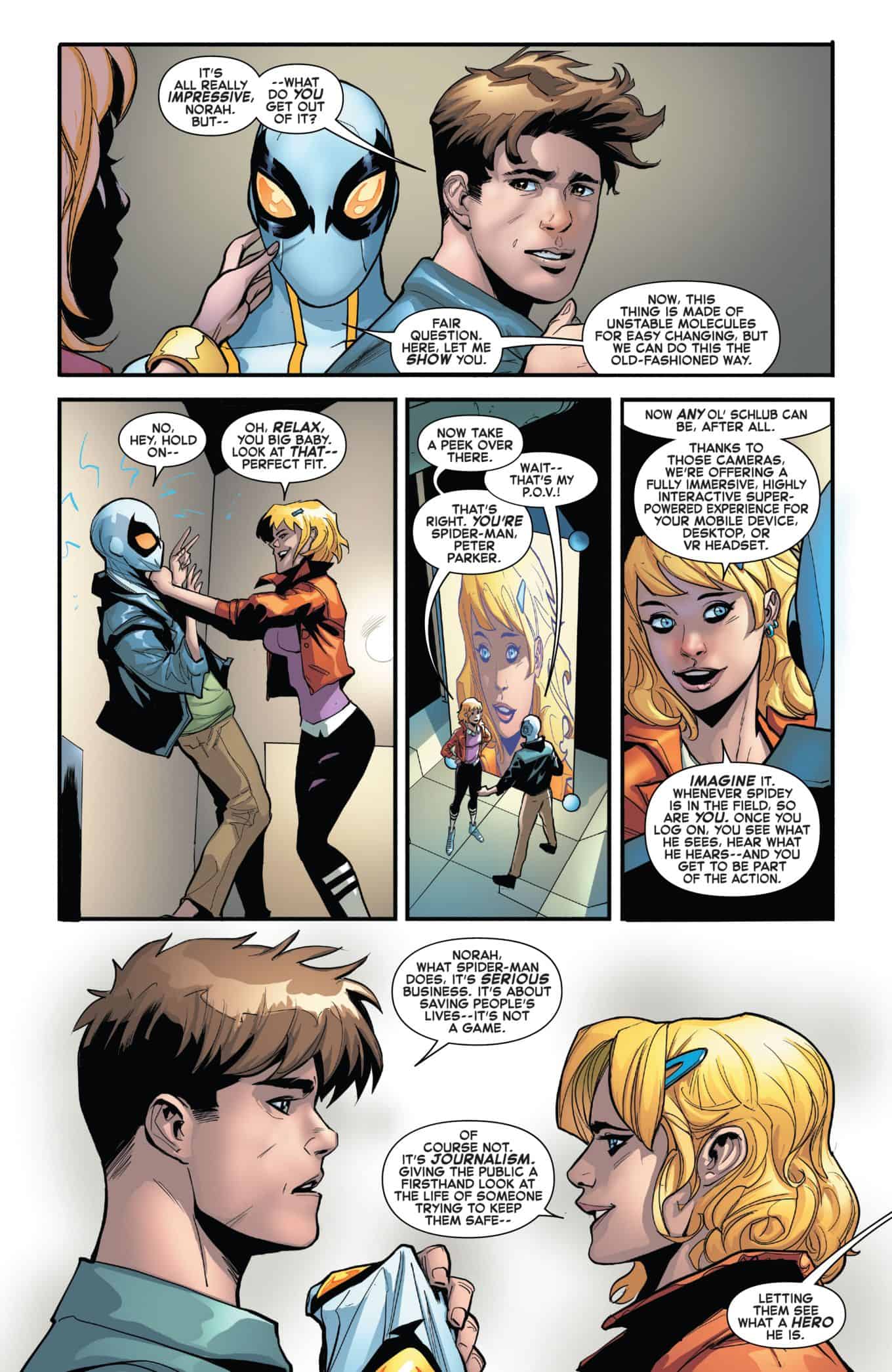 …is allowing the public to see through his eyes for J. Jonah Jameson. 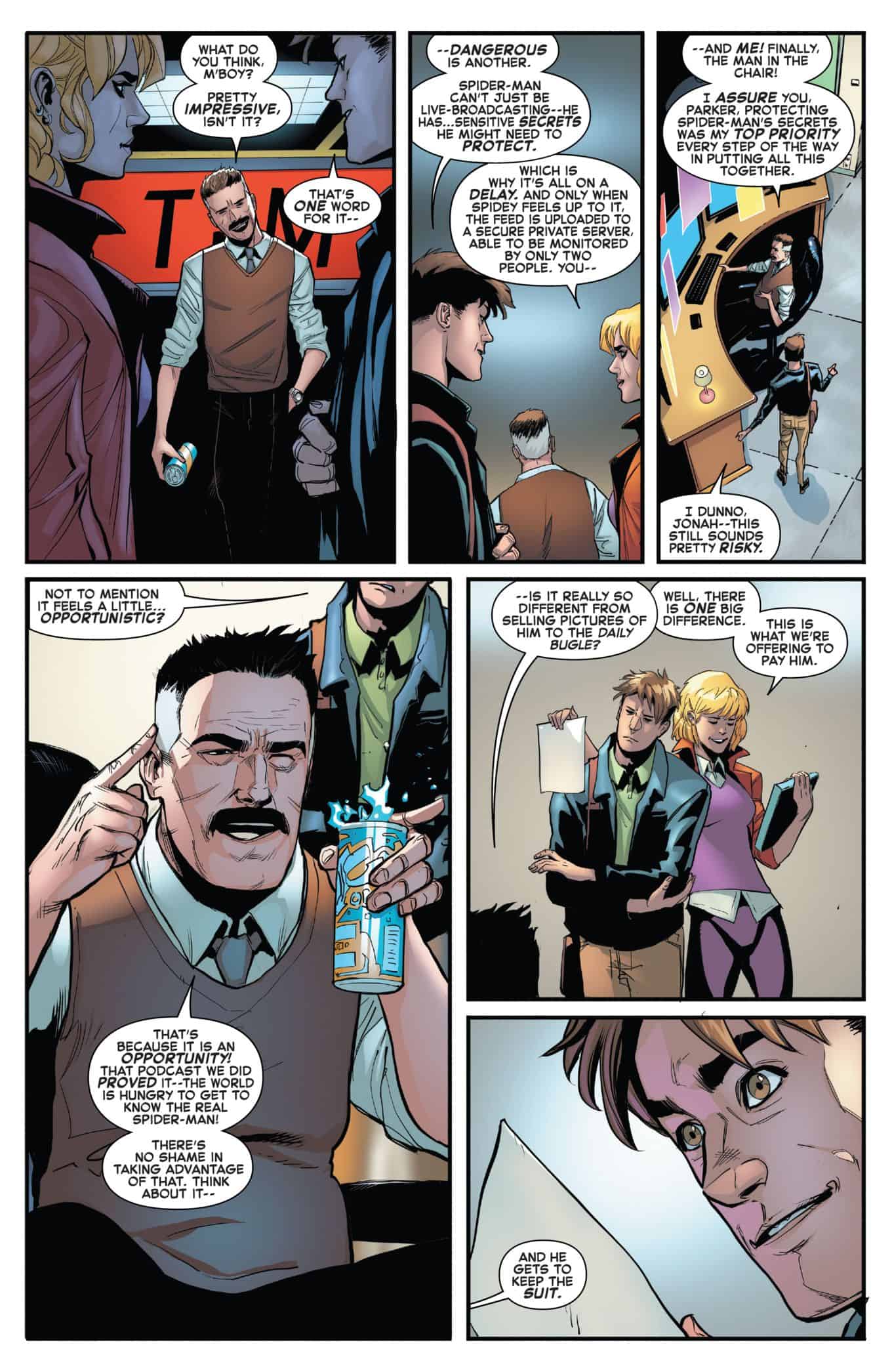 I think we’re in the present now and it seems the public can choose Spider-Man’s one-liners in battle too. 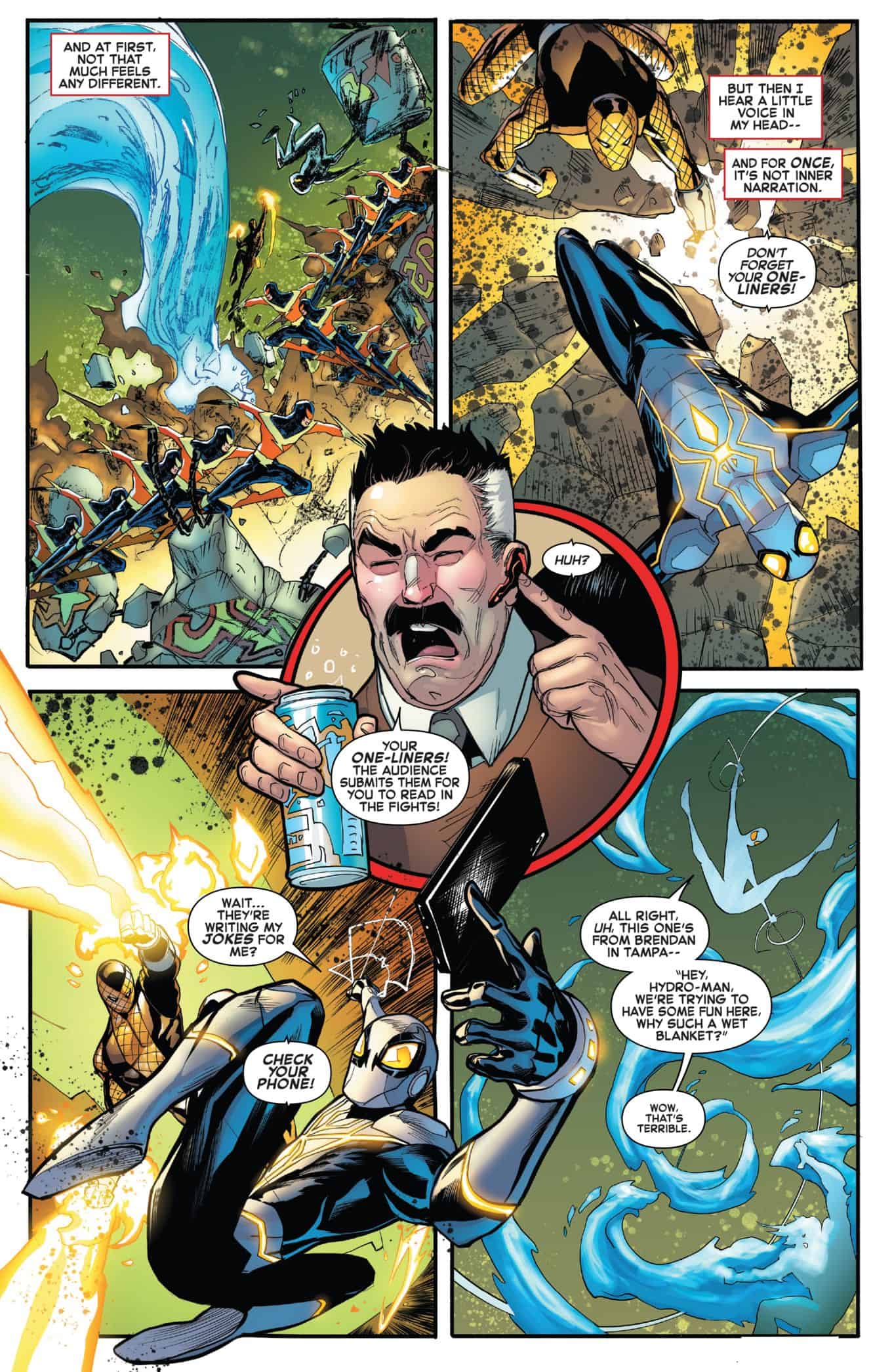 The book ends with Tombstone entering the Boomerang deadpool… 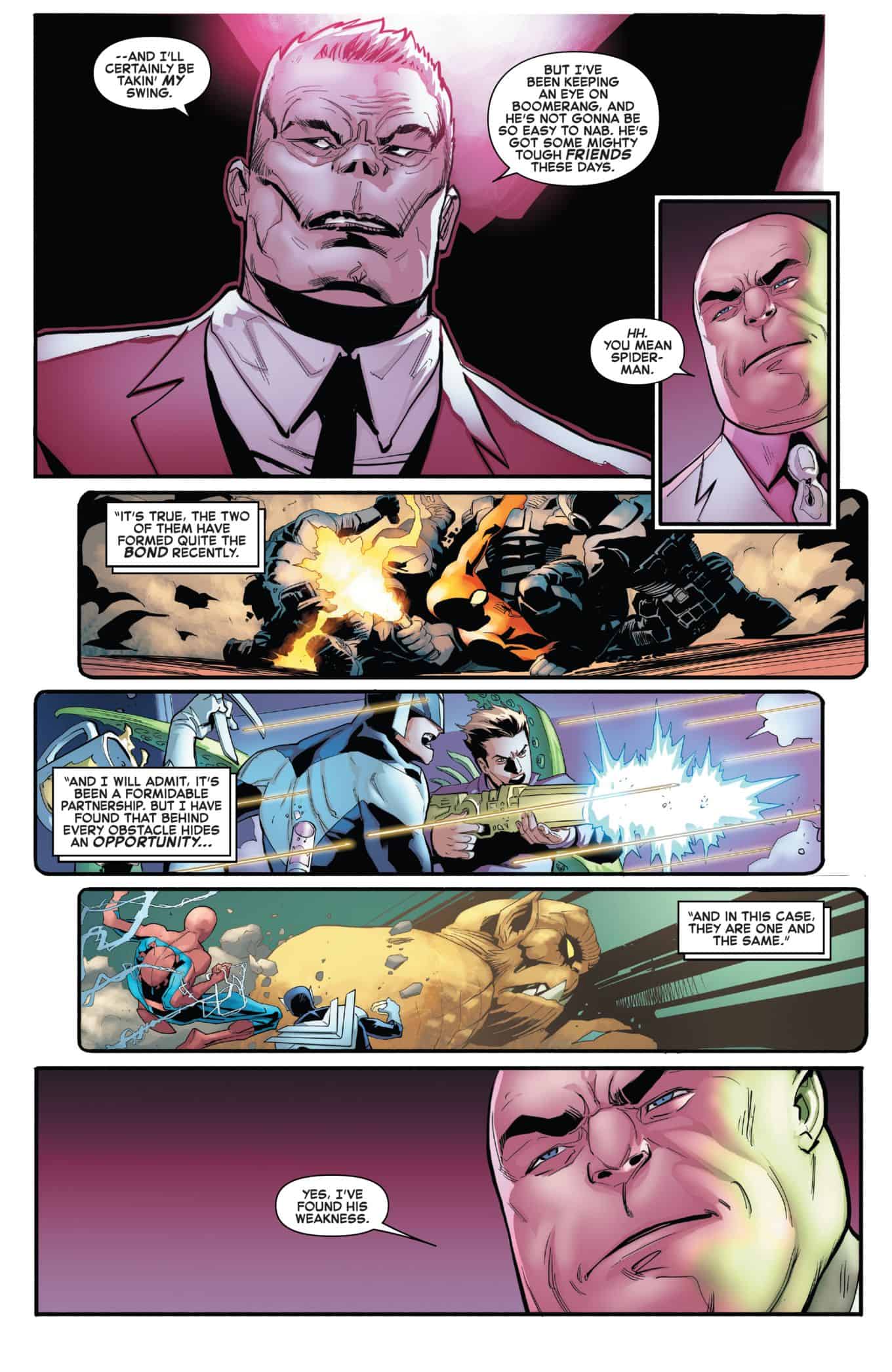 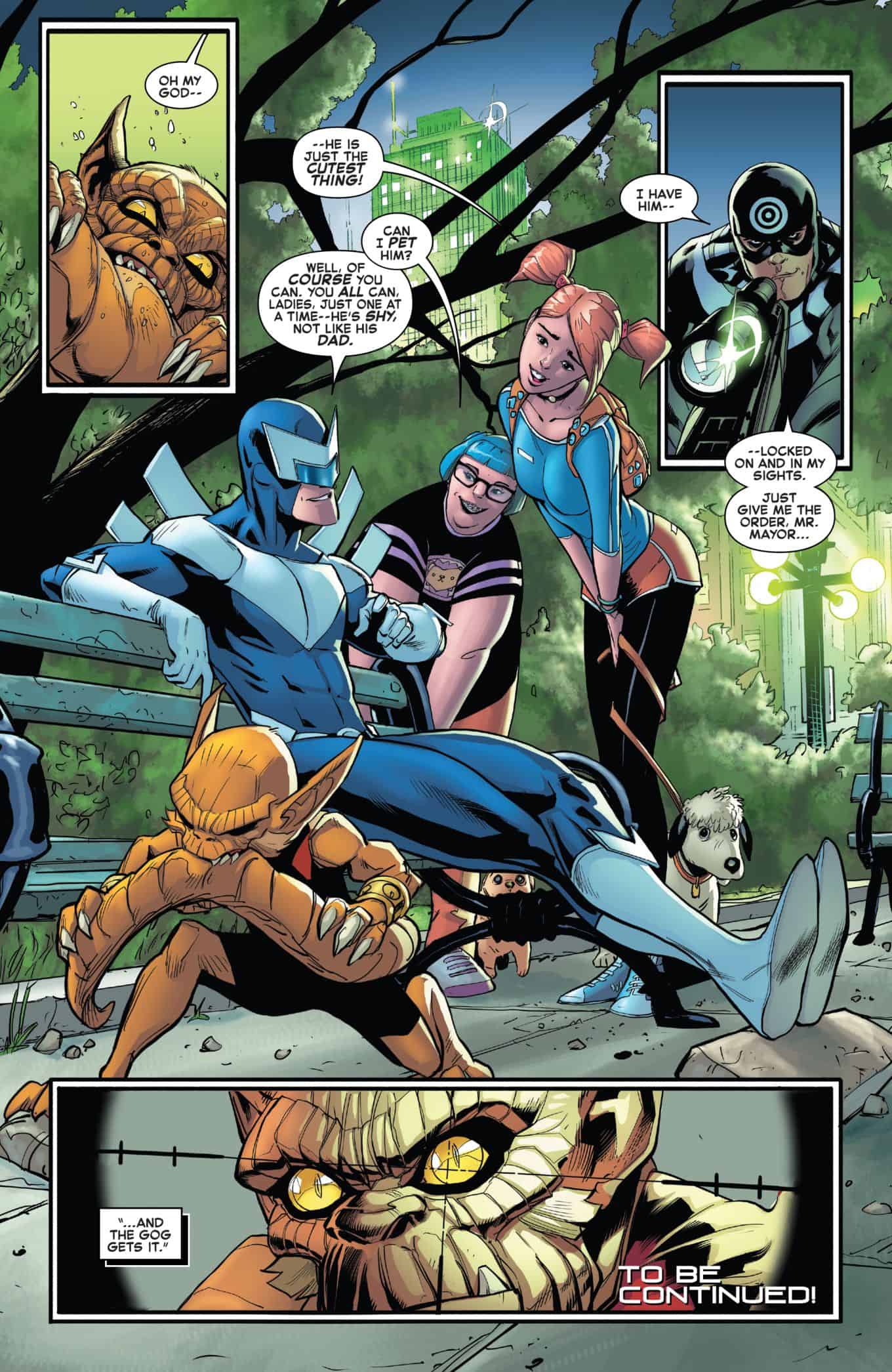 A new era that is an interesting social commentary too. Interesting new costume and cool art. An entertaining and compelling issue. 8 out of 10.