Walt Disney Co. CEO Bob Chapek is weighing in on allegations that Gina Carano was ousted from “The Mandalorian” due to her political beliefs.

Chapek’s comment came.. during the company’s annual shareholders meeting, where, according to a preliminary transcript by S&P Global Market Intelligence, a shareholder asked him about Carano and a “new blacklist punishing conservatives in the entertainment industry.”

On Feb. 10, Carano received backlash for a series of incendiary social media posts and memes mentioning Jeffrey Epstein and appearing to compare conservatives in the U.S. to Holocaust victims. Lucasfilm later confirmed to USA TODAY that Carano would no longer star in the Disney+ series and denounced her posts as denigrating people’s cultural and religious identities.

During a Q&A portion of Tuesday’s meeting, the shareholder said Carano and her “Mandalorian” co-star Pedro Pascal have shared “similar analogies” on social media, yet Pascal still has his role while Carano does not. In 2018, Pascal tweeted an image on the other side of the political spectrum that seemed to compare the detention of migrants at the U.S. border to concentration camps.

In his reply, Chapek said he doesn’t consider Disney to have any political bias.

“I don’t really see Disney as characterizing itself as left leaning or right leaning, (but) instead standing for values, values that are universal, values of respect, values of decency, values of integrity and values of inclusion,” he said. “And we seek to have not only how we operate, but the content that we make reflective of the rich diversity of the world that we live in. And I think that’s a world that we all should live in, in harmony and peace.”

USA TODAY has reached out to Disney for further comment. 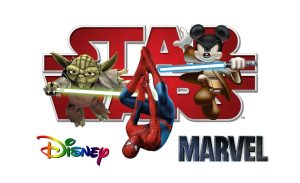