Iconic Character Actor George Segal, Whose Career In Film & TV Spanned 6 Decades, Passes Away At 87 Due To Surgical Complications! RIP

Iconic Character Actor George Segal, Whose Career In Film and TV Spanned 6 Decades, Passes Away At 87 Due To Surgical Complications! RIP.

The Goldbergs Star George Segal Has Died at 87

The versatile actor had a career spanning six decades and multiple genres, ranging from TV comedies like Just Shoot Me! to his Oscar-nominated role in Who’s Afraid of Virginia Woolf? 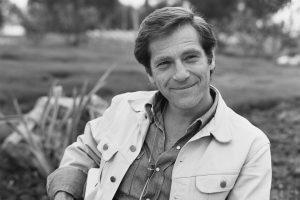 George Segal, the versatile actor who starred in dramatic films like Who’s Afraid of Virginia Woolf? and TV comedies including Just Shoot Me! and The Goldbergs, has died. Segal died of complications stemming from bypass surgery on Tuesday in Santa Rosa, California, according to The New York Times. He was 87.

Segal’s six-decades-long career in Hollywood saw the actor excel in both drama and comedy, pivoting from one genre to the other late in his career. Born in New York City on February 13, 1934, Segal attended Haverford College, eventually graduating from Columbia University with a degree in performing arts and drama. He began his acting career in the theater before being drafted into the U.S. army. Upon his return, Segal worked on Off Broadway and in film, signing a contract with Columbia Pictures in 1961 and making his film debut in The Young Doctors. He won a Golden Globe for new star of the year for his work in Columbia Pictures’ The New Interns alongside Harve Presnell and Chaim Topol in 1964. In the late 1960s, Segal would go on to star in TV adaptations of classic American dramas including Of Mice and Men, where he played the quick-witted George Milton, and Arthur Miller’s Death of a Salesman, portraying Biff Loman, the elder son of the hapless Willy Loman.

Somewhat fittingly, Segal received his most critical acclaim acting in the big-screen adaptation of another canonical American drama—earning an Oscar nomination for his work as Nick, the young husband and biology professor in Mike Nichols’s film adaptation of Edward Albee’s Who’s Afraid of Virginia Woolf? starring Sandy Dennis, Richard Burton, and Elizabeth Taylor in 1966. 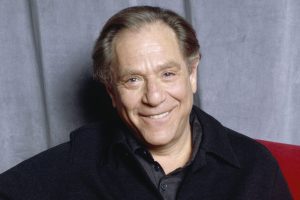 As his career progressed, Segal gradually shifted from dramatic roles to more comedic ones, winning another Golden Globe for A Touch of Class in 1974. Throughout the 1970s, Segal flexed his funny bone, most notably portraying a bookish lawyer opposite Barbra Streisand in 1970’s The Owl and the Pussycat and half of an affluent married couple on the run with Jane Fonda in 1977’s Fun With Dick and Jane. In 1976, Segal cohosted the Academy Awards with Gene Kelly, Goldie Hawn, Walter Matthau, and Robert Shaw.

After a bit of a slump in the 1980s, Segal cemented his status as a comedic powerhouse in the late ’90s with his turn as Jack Gallo, the powerful yet oblivious owner of a New York City fashion magazine, on the sitcom Just Shoot Me! More recently, Segal costarred on ABC’s long-running family sitcom The Goldbergs as Albert “Pops” Solomon, an eccentric but lovable grandfather. The Goldbergs showrunner and series creator, Adam F. Goldberg, took to Twitter to pay his respects to the late Segal, writing, “Today we lost a legend. It was a true honor being a small part of George Segal’s amazing legacy. By pure fate, I ended up casting the perfect person to play Pops. Just like my grandfather, George was a kid at heart with a magical spark.” Segal is survived by his wife, Sonia Schultz Greenbaum, and two daughters.

On behalf of the IP team, I offer our condolences to the family, friends and fans of George Segal.