Marvel Comics & Excalibur #19 Spoilers & Review: Psylocke Vs. Captain Britain! Can Betsy Braddock Be Reborn & What Does Kwannon Have To Say About It?! 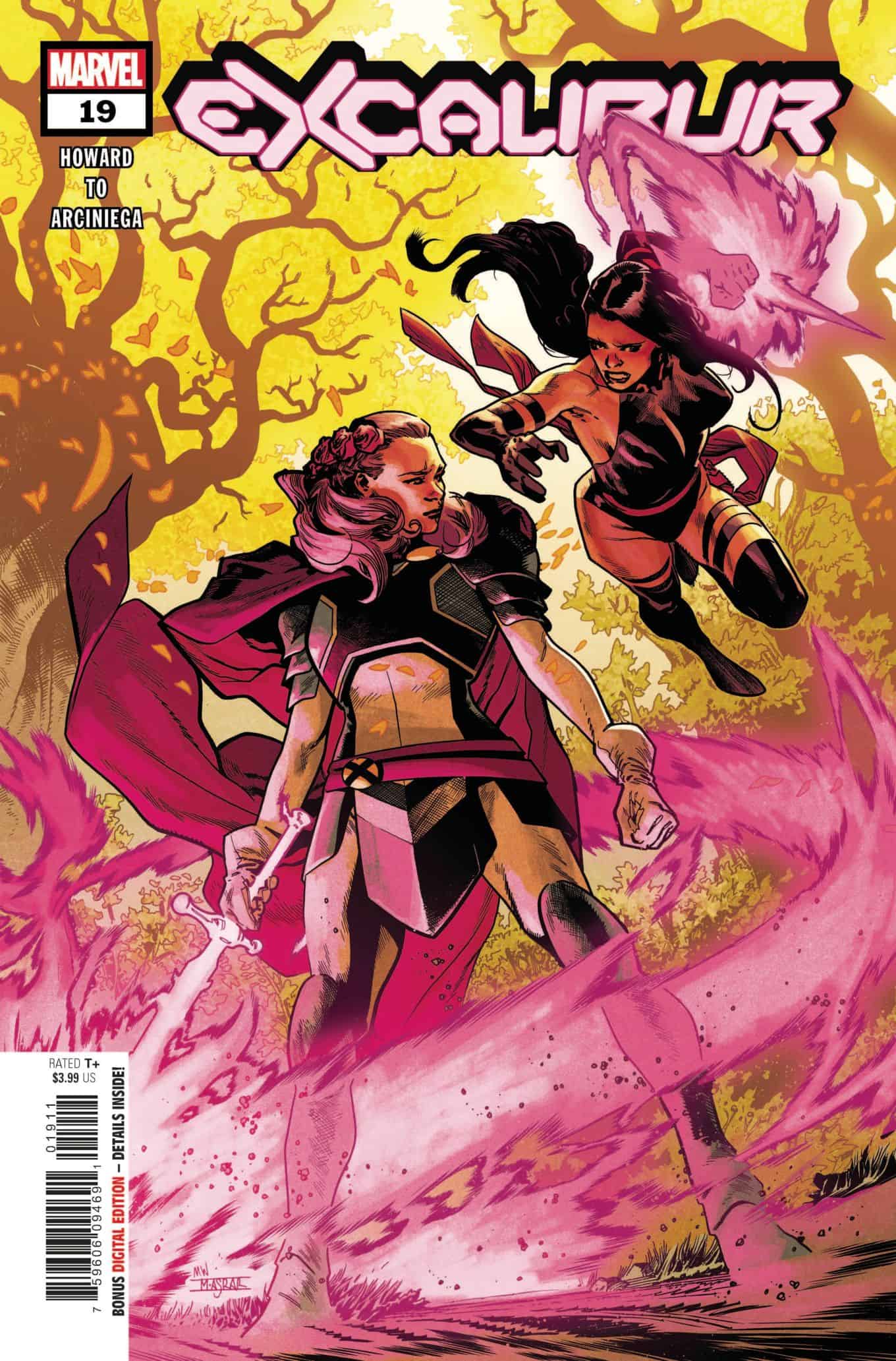 Can Betsy Braddock Be Reborn and What Does Kwannon Have To Say About It?! 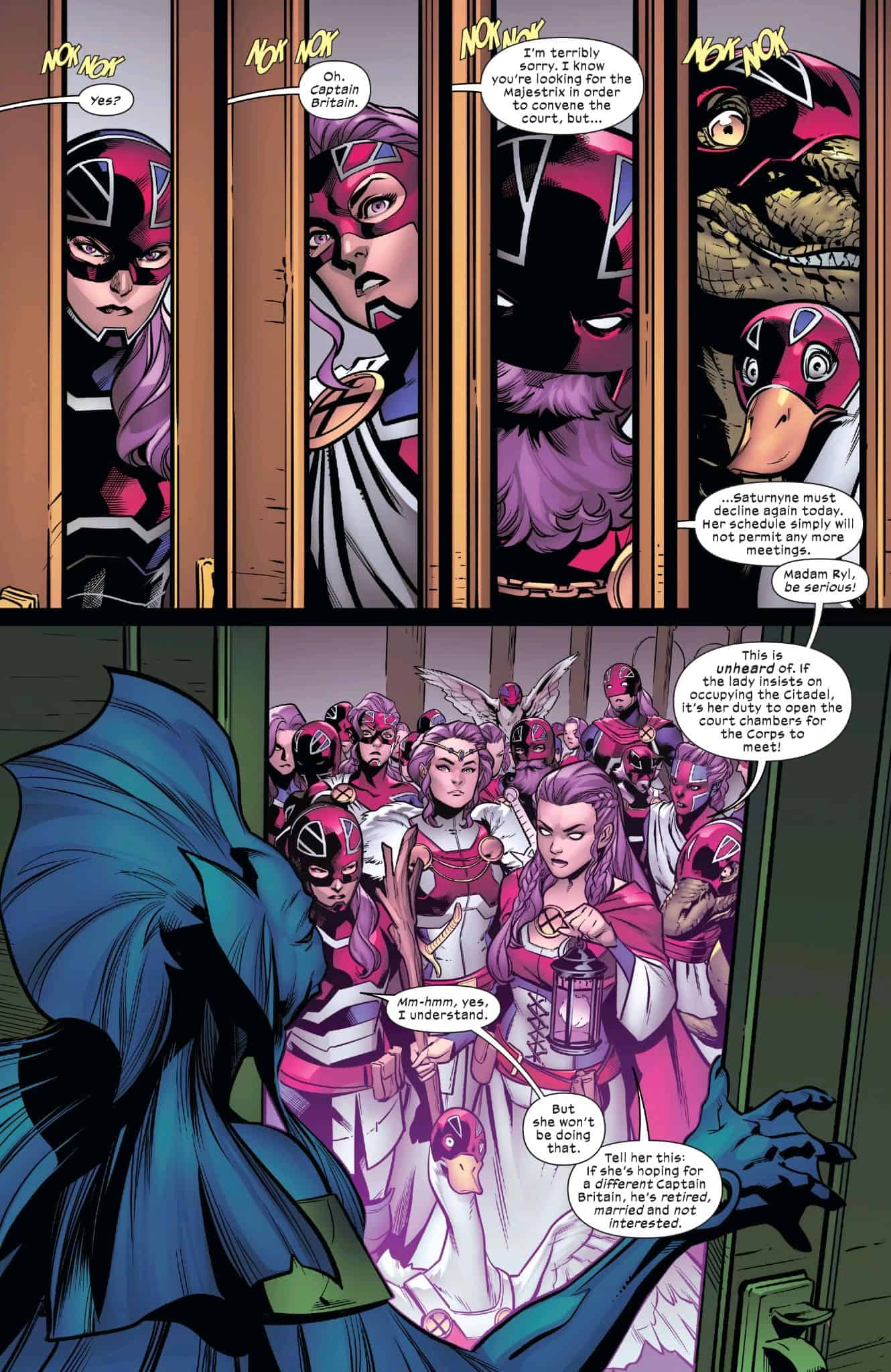 …Saturyne will not undo her fate during the X of Swords event.

On Earth 666, Marvel’s prime Earth for its core publishing line anyway, Excalibur has Betsy’s body, but can’t revive her.

Psylocke aka Kwannon who once shared a body or essence or somesuch with Betsy unleashes her light or somesuch and will follow it to bring her sprit or essence back to her body.

Psylocke gets a cool new costume out of the deal… 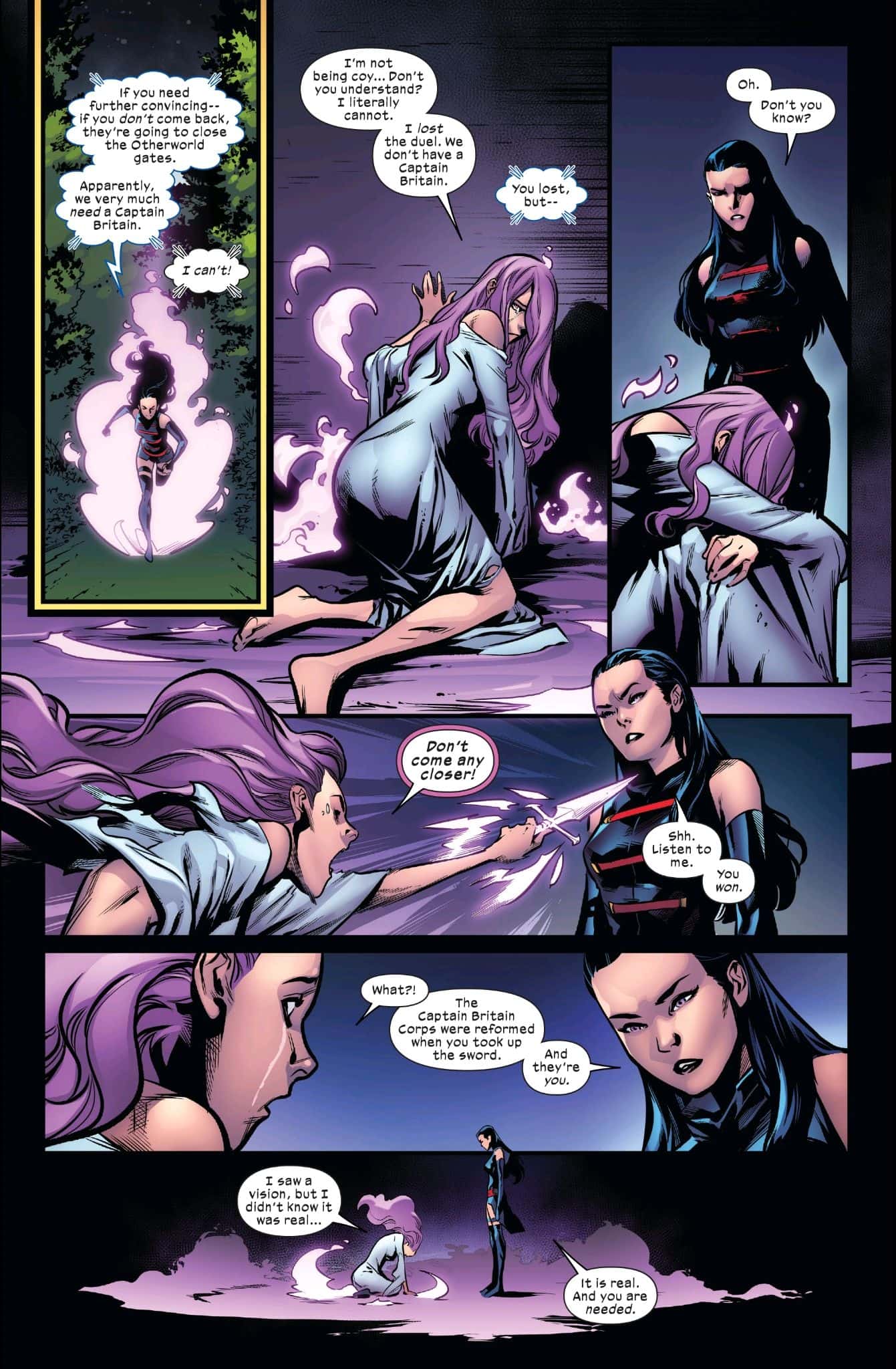 …fights her which culminates in a detente.

…returning it to her body bringing her back to the land of the living. 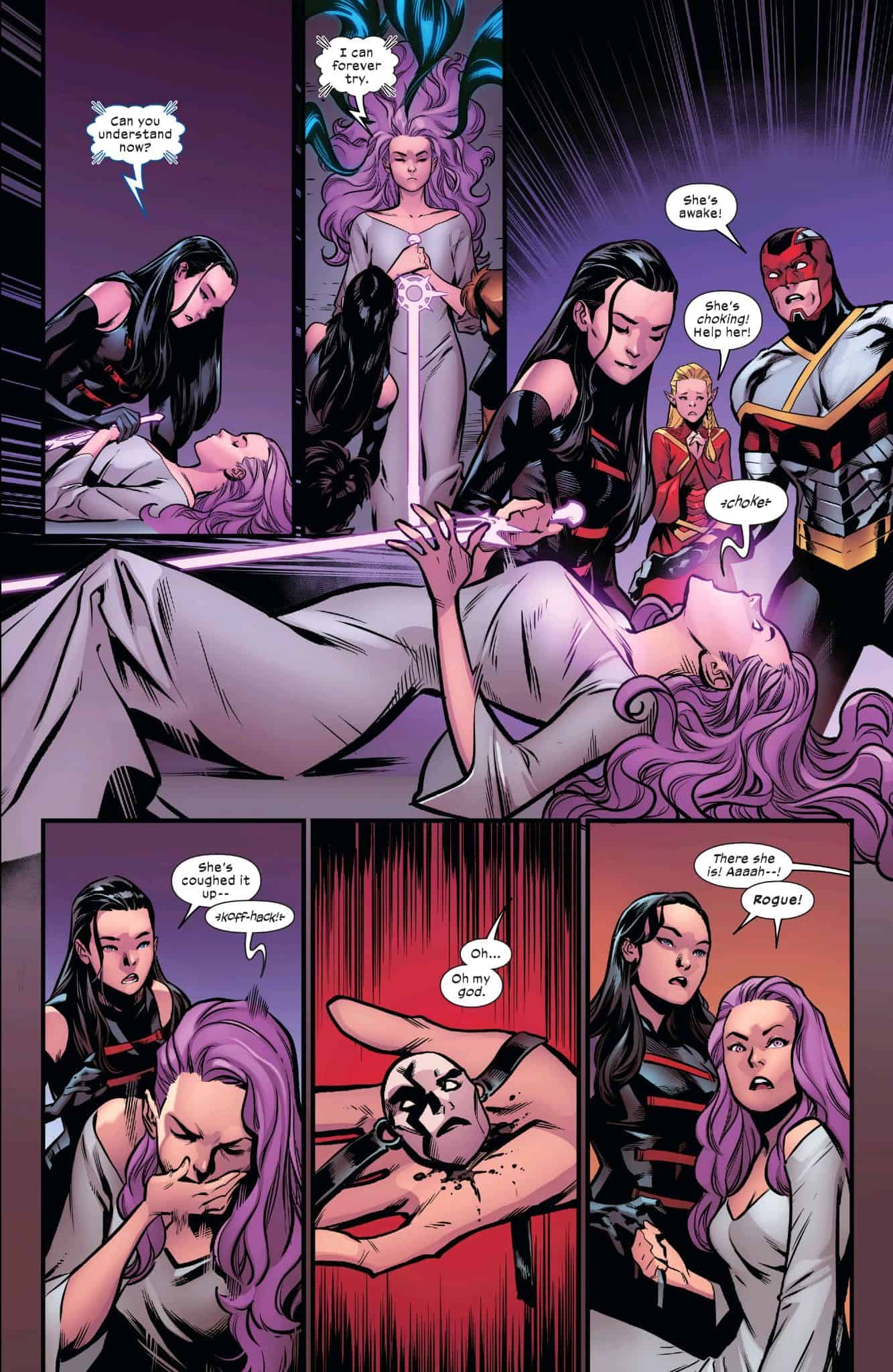 The book ends with the reveal that Malice complicated Captain Britain;s return to life.

Malice was a one-time member of the Marauders from her classic Marvel Handbook Who’s Who type bio.

Solid art and compelling story. 7 out of 10.