WWE’s has another high profile non-wrestling female exit from the company as Charly Arnolt follows Dasha Kuret Gonzalez fka Dasha Fuentes out the door although the latter left almost two years ago to the day. 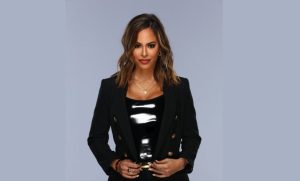 Multi-platform host and reporter Charly Arnolt will be joining ESPN on a full-time basis beginning in early April as part of a new, multi-year contract extension with the network. Arnolt – who recently launched the weekly ESPN Podcast First Take, Her Take alongside Kimberley A. Martin and Chiney Ogwumike – will continue to have a significant role across many of the network’s other signature brands as well.

In addition to First Take, Her Take, Arnolt will continue to contribute to select editions of ESPN’s morning debate show First Take and the network’s signature news and information show, SportsCenter. Arnolt will regularly appear on ESPN+’s weekday morning show, SportsNation along with other digital shows across the industry-leading sports streaming service as well.

“It is so incredibly exciting to become a full-time member of the ESPN family,” said Arnolt. “I look forward to continuing to grow with such a talented group of professionals and I can’t wait for all the opportunities that lie ahead.”

David Roberts, ESPN senior vice president, production, added, “From radio and podcasts to TV and streaming, Charly continues to thrive across any platform she pursues. We are excited to have her join ESPN full time and interact with fans even more regularly across the network.”

Congrats to Charly Arnolt on her new gig.