GEIGER SELLS OUT AT DISTRIBUTOR AHEAD OF RELEASE, IMAGE TO RUSH SECOND PRINTING TO KEEP UP WITH REORDERS 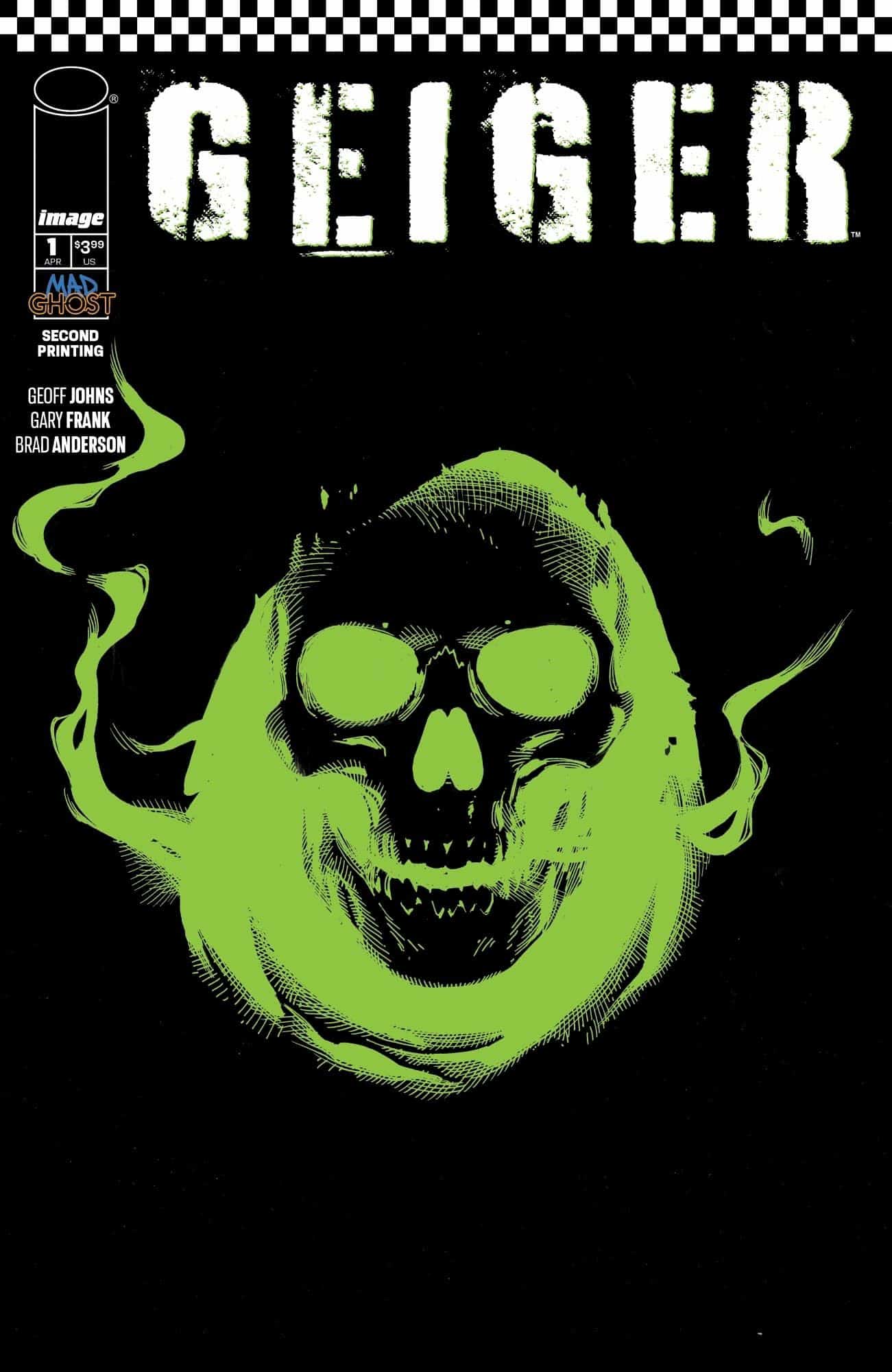 PORTLAND, Ore… — The highly anticipated new series Geiger—by Doomsday Clock creative team Geoff Johns and Gary Frank—will ship to comic book stores sold out. Early demand for the series has depleted the entirety of the debut issue’s print run, tripping the alarm for preemptive second printings of Geiger #1 ahead of its April 7 on sale date.

Reorder activity from retailers on Geiger #1 is multiplying at a breakneck pace. Image has greenlit two variations of the Gieger #1, second printing cover in response. Both will feature art by Frank, but one will feature Geiger’s chartreuse skull, while the Cover B will reveal his cowled face.

“Gary and I are very grateful to the retailers for the support and I’m excited for readers to see Gary cut loose on something entirely original!” said Johns.

Frank added: “It’s odd because, for so long, we’ve been immersed in this book without thinking too much about how it will fare in the World. The degree of support, though, is humbling and hugely exciting.”

Geiger is set in the years after a nuclear war ravaged the planet where desperate outlaws battle for survival in a world of radioactive chaos. Out past the poisoned wasteland lives a man even the Nightcrawlers and Organ People fear. Some name him Joe Glow, others call him the Meltdown Man. But his name… is Geiger.

Geiger #1, first printing will be available at comic book shops on Wednesday, April 7—grab it from your local comic shop while supplies last.

Geiger #1 will also be available for purchase across many digital platforms, including Amazon Kindle, Apple Books, comiXology, and Google Play. 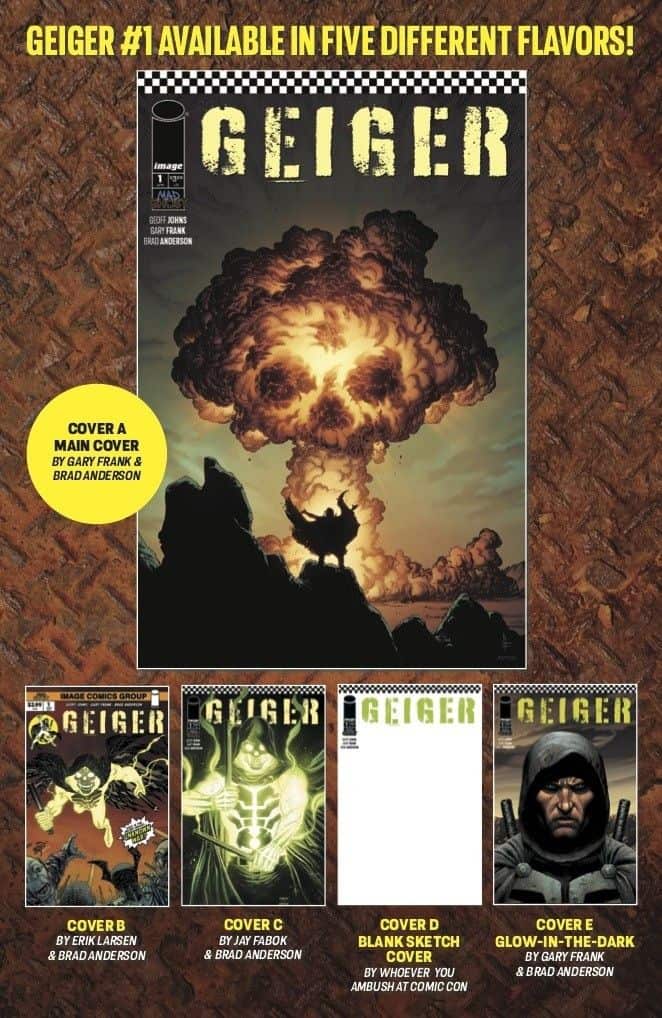 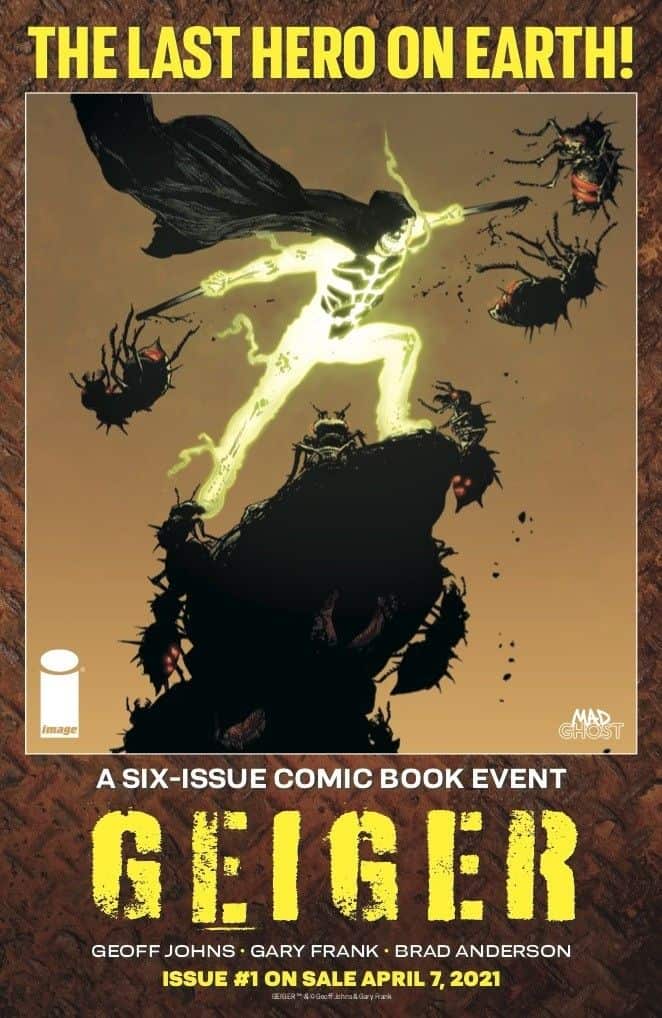 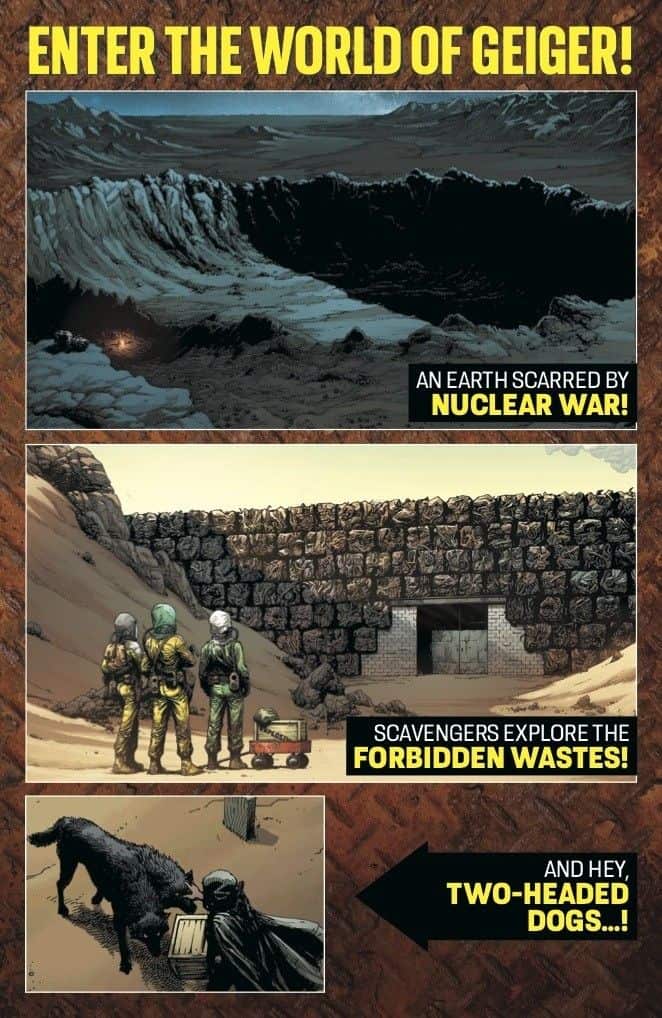