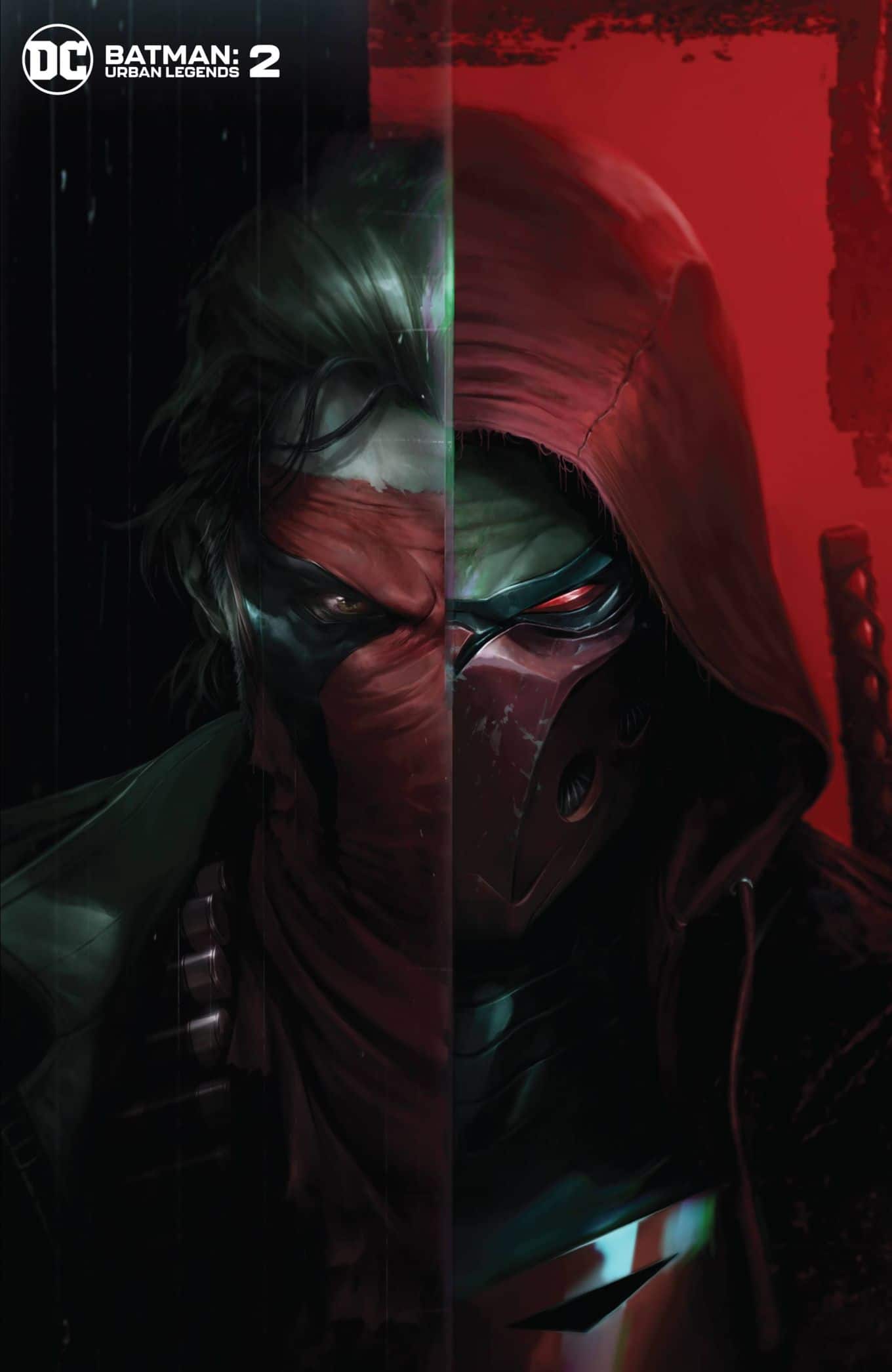 The book has an additional variant cover to the above. 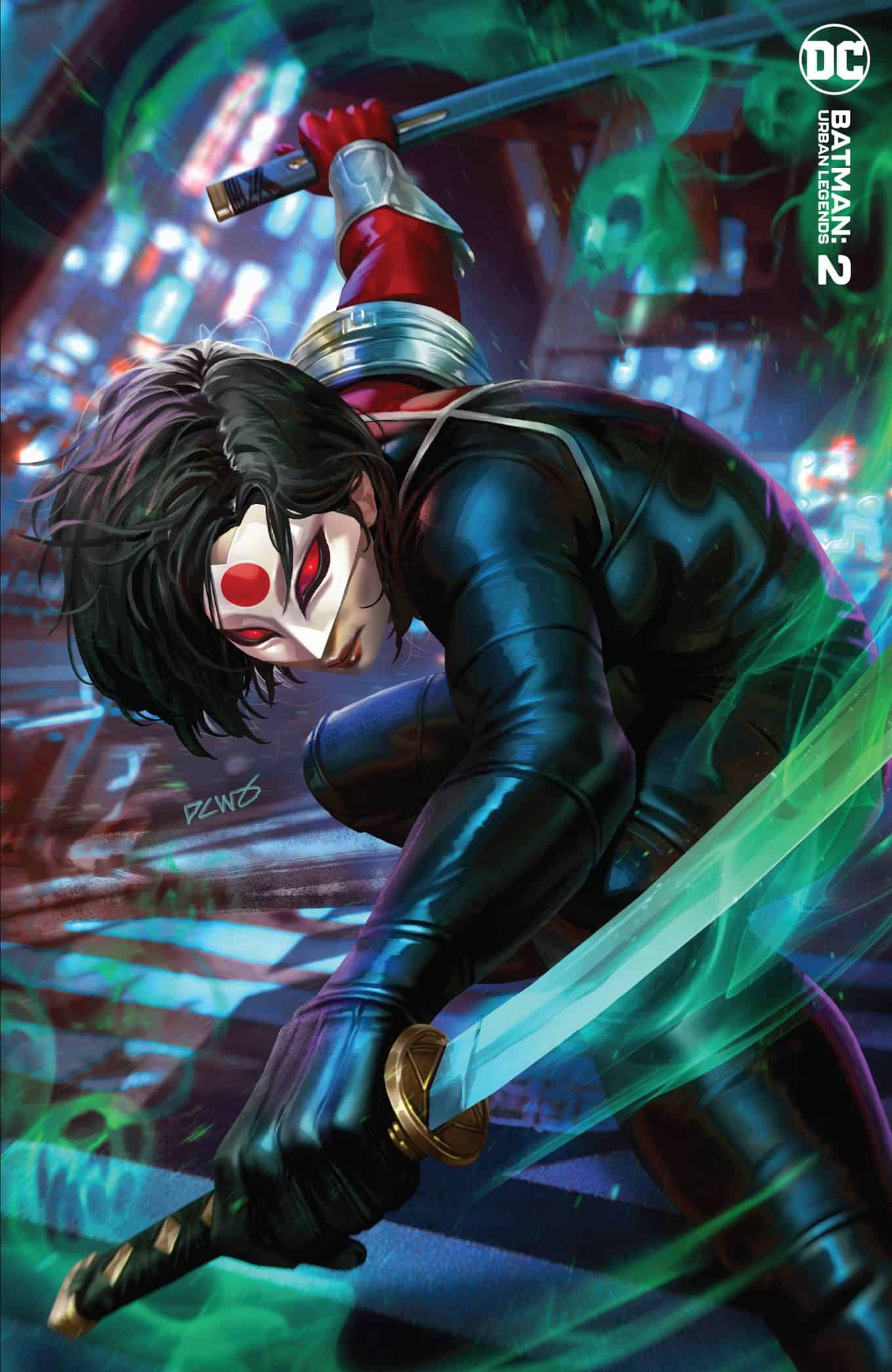 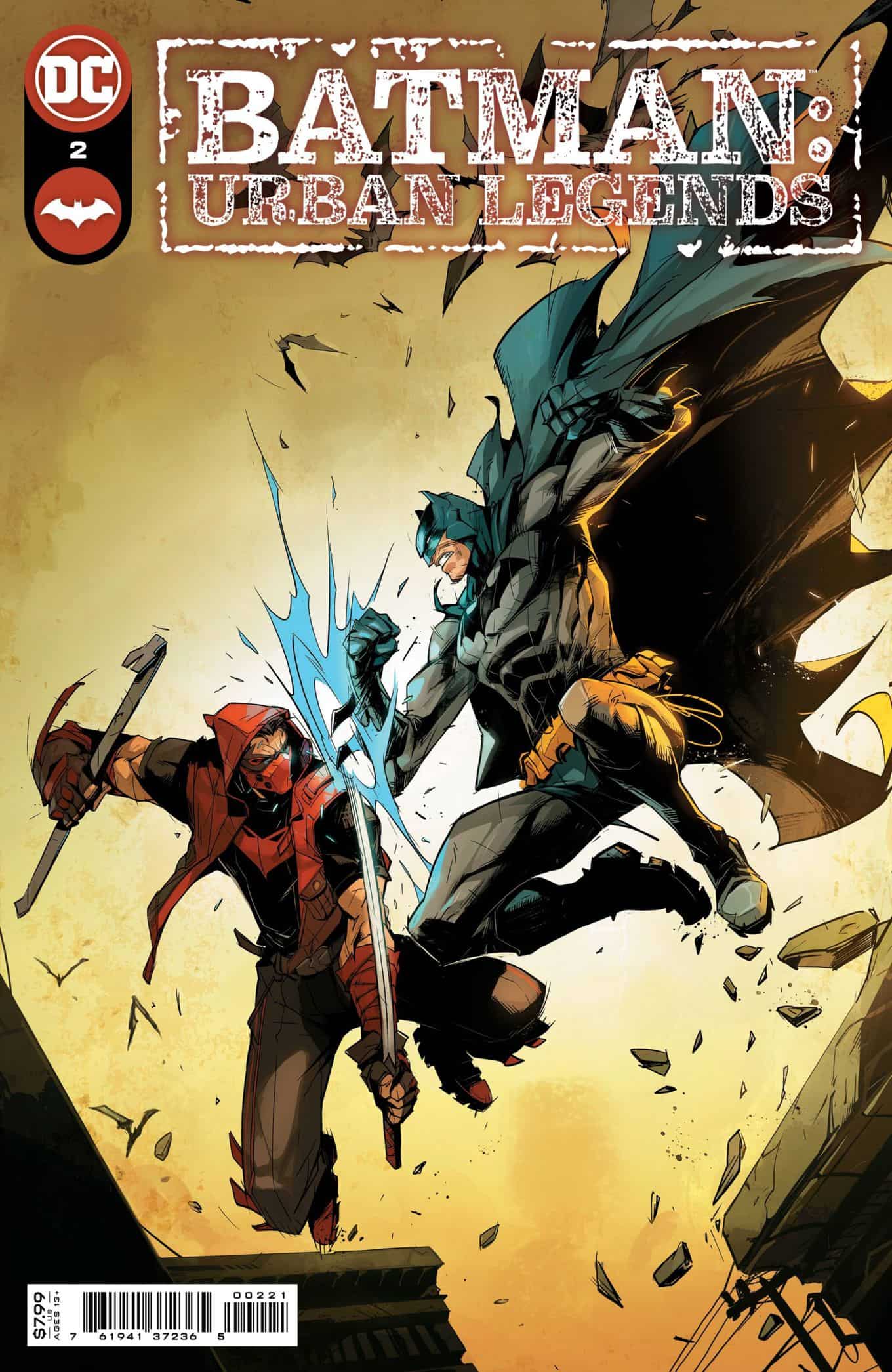 We open with a table of contents and creators’ credits page. 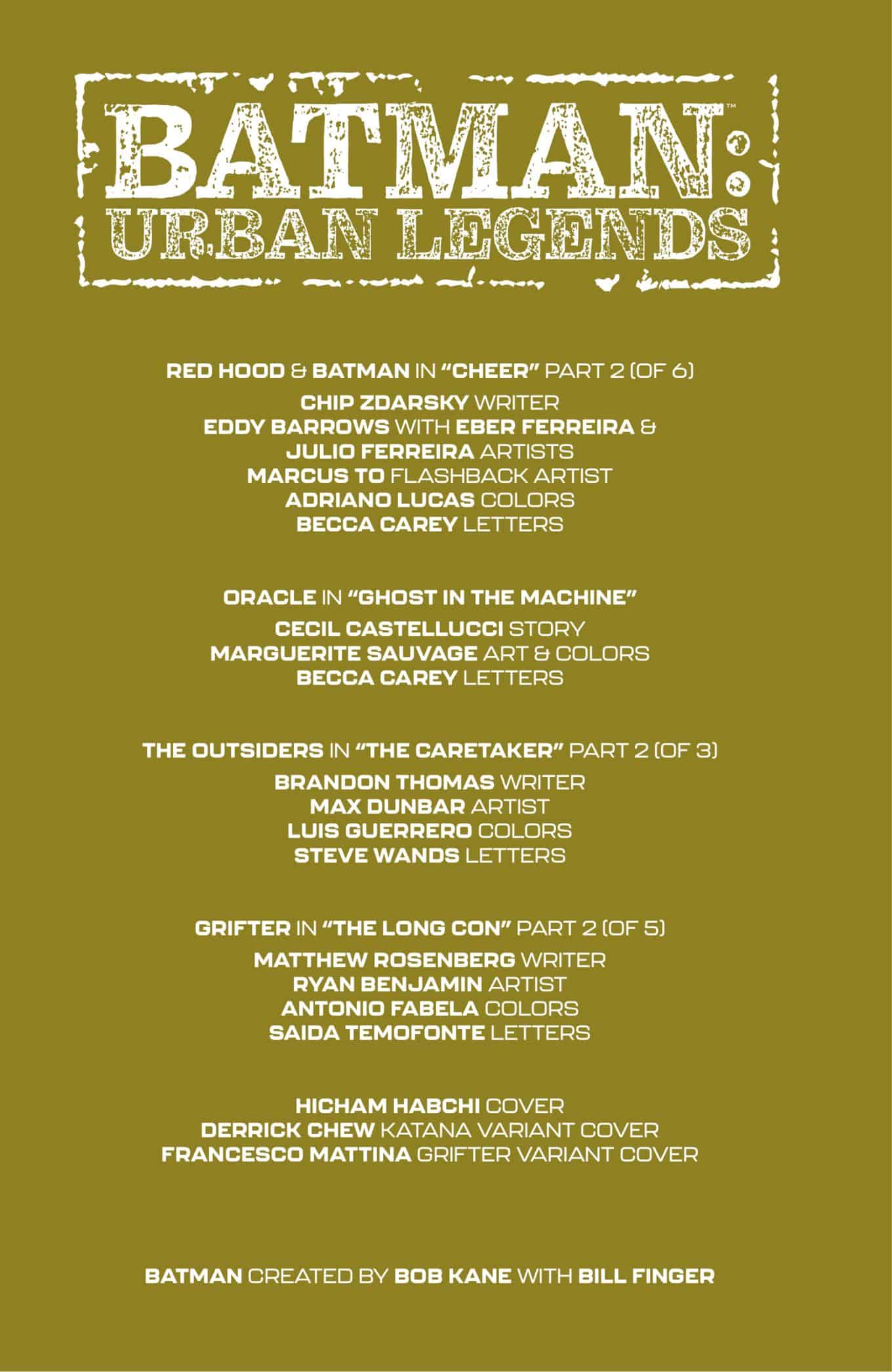 The book ends in a similar fashion. 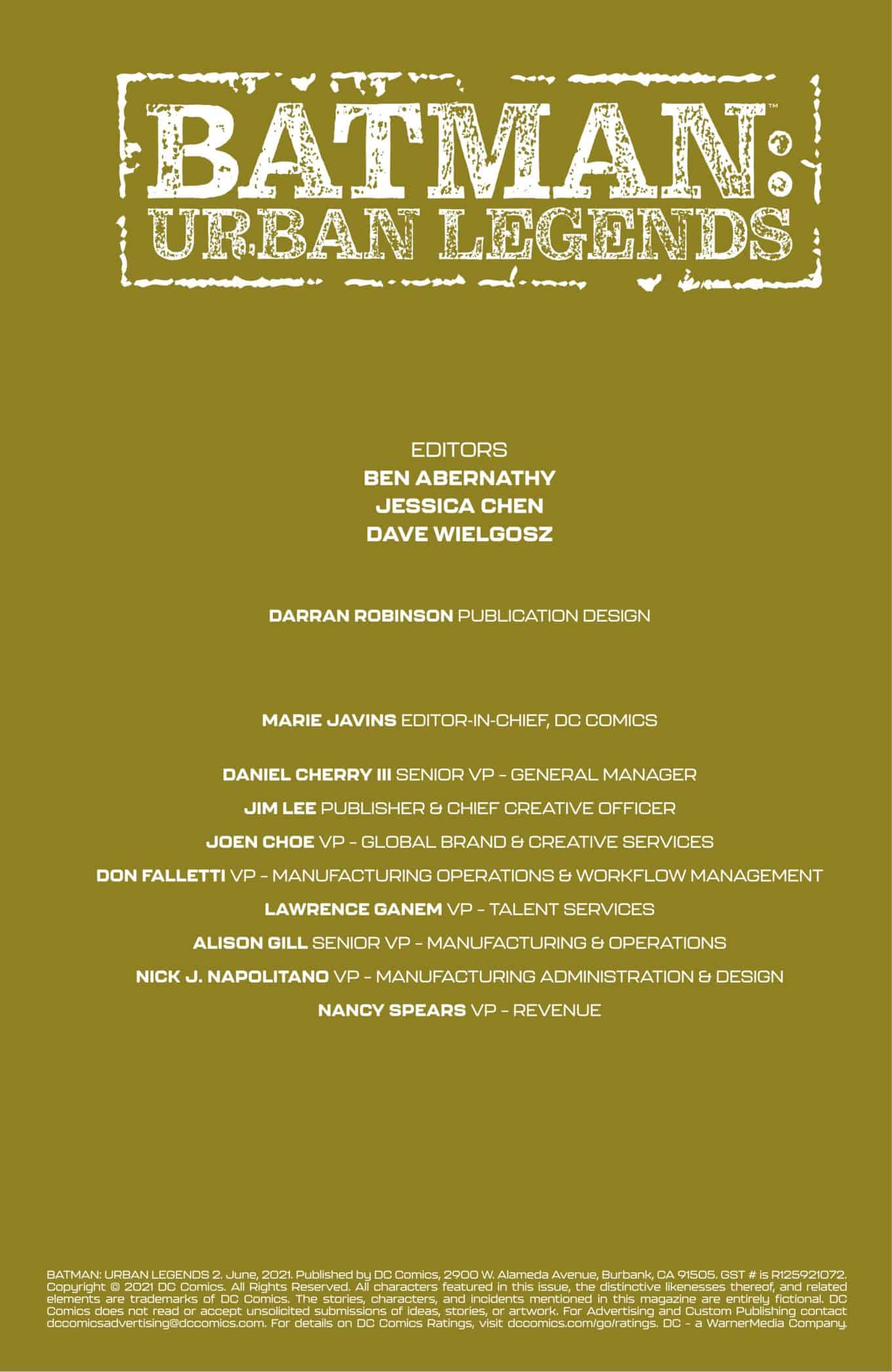 With today’s piece I’m focusing in the opening Red Hood tale and concluding Grifter story while tomorrow I’ll take on the Oracle and Outsiders ones. 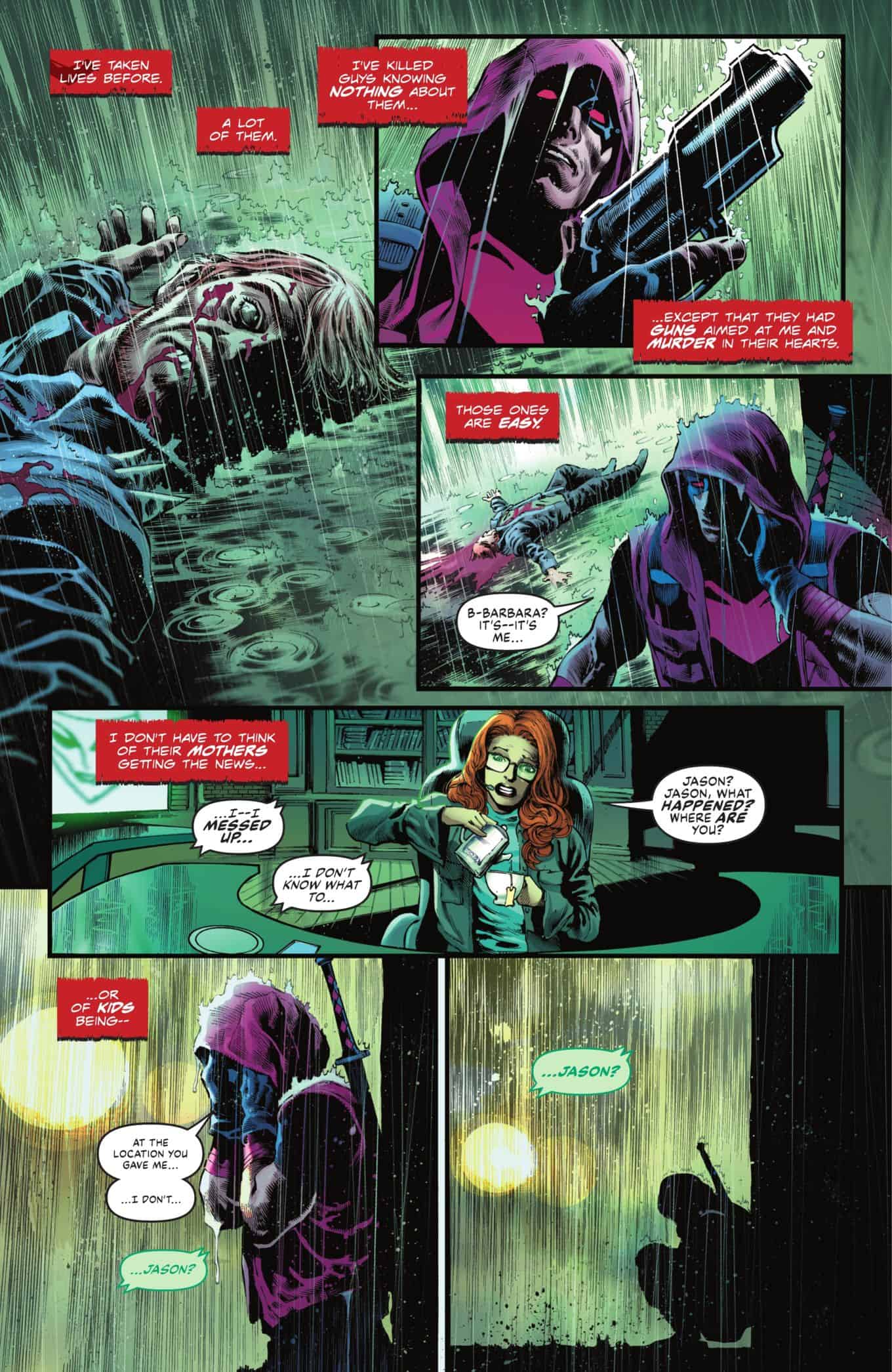 Red Hood believes he killed a man, a bad man, last issue and is worrying that he left his son an orphan; he connects with Oracle about it who talks to Batman about it as he’s hunting Mister Freeze. 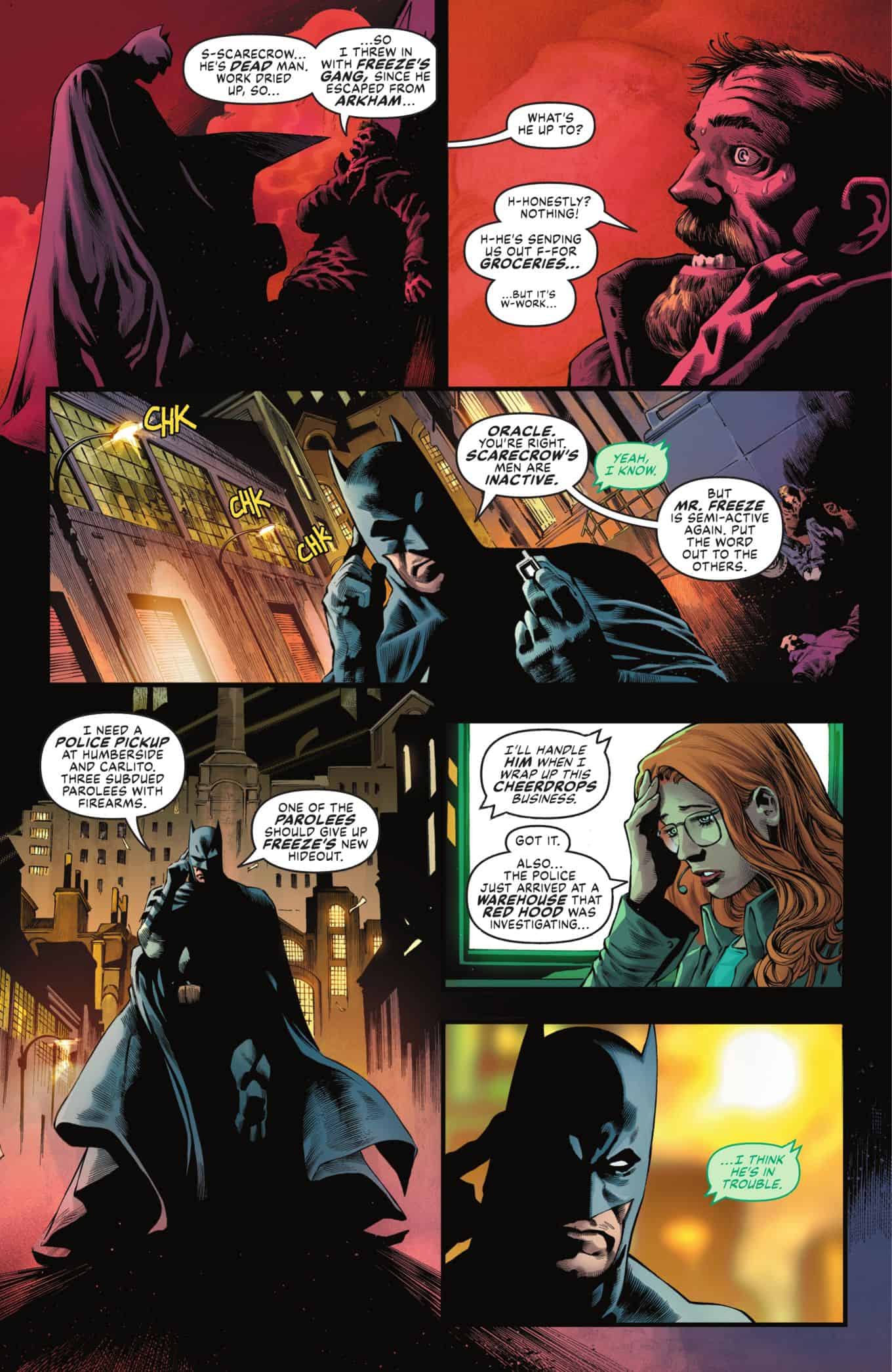 Red Hood has taken the boy to his home waiting on hear about his mom who has been hospitalized at the hands of her now dead partner. 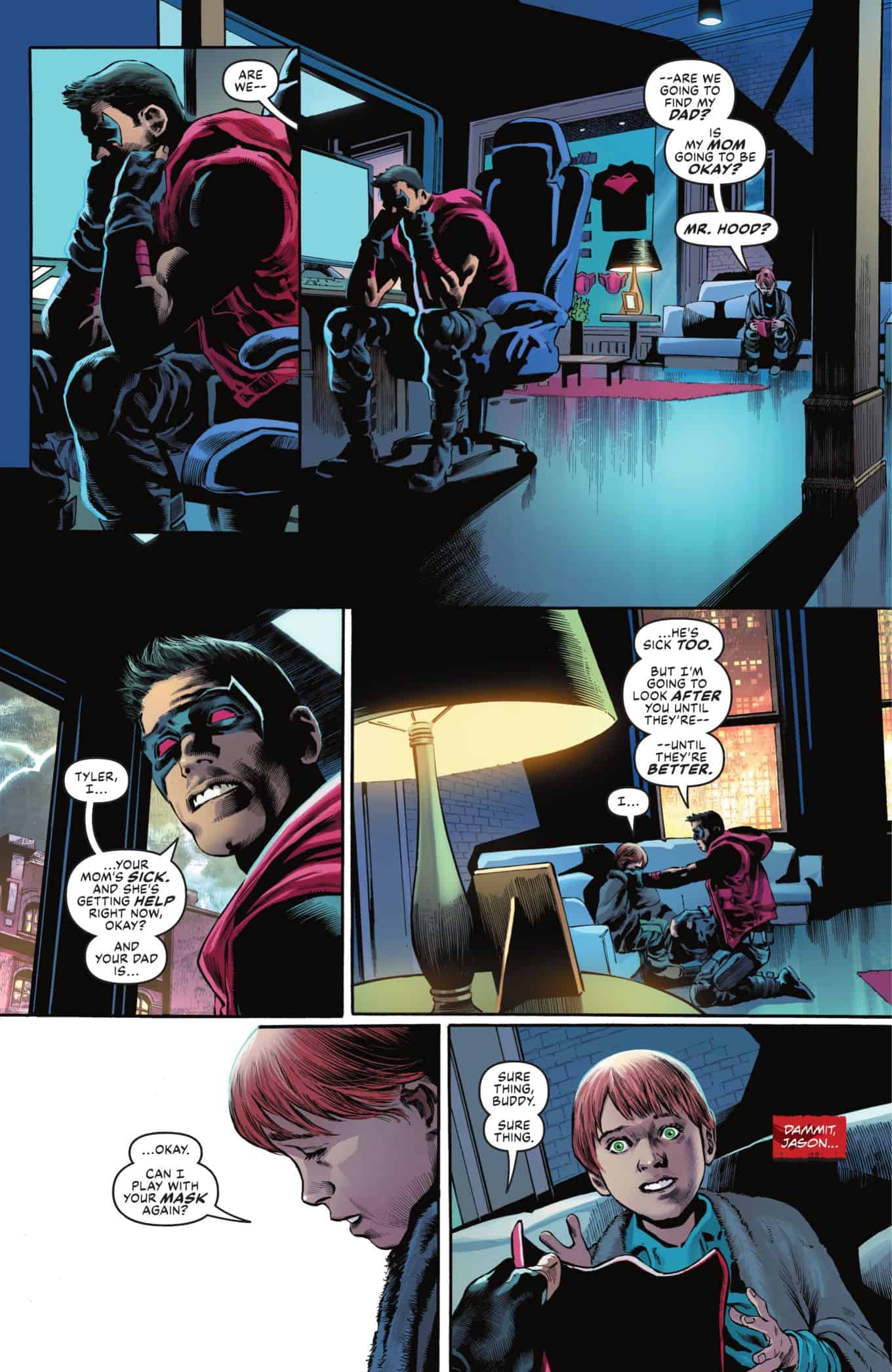 The boy gets to play with Red Hood’s mask and… 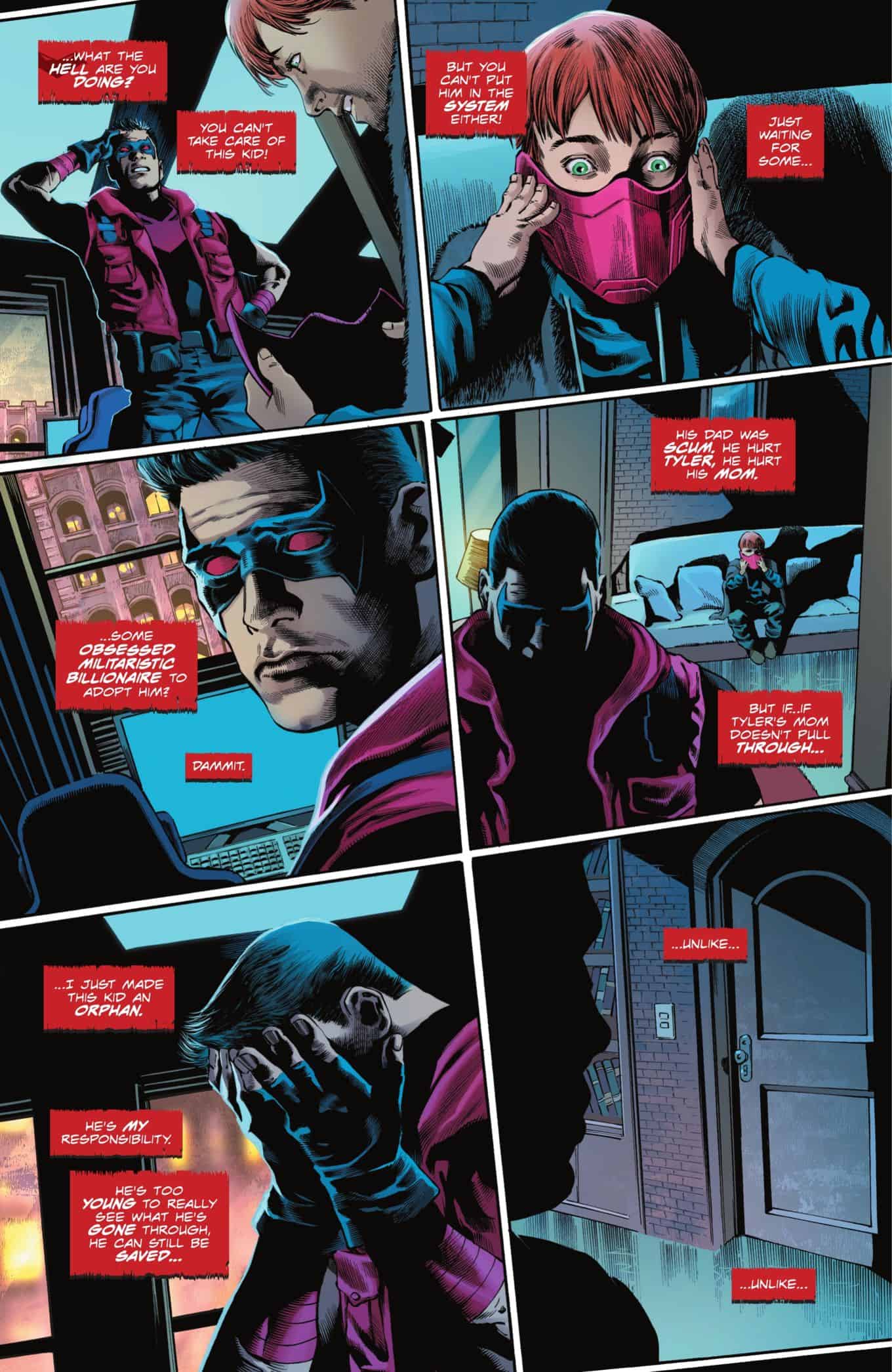 …let’s him now a message transmitted via the mask; Batman is on his way to see him. 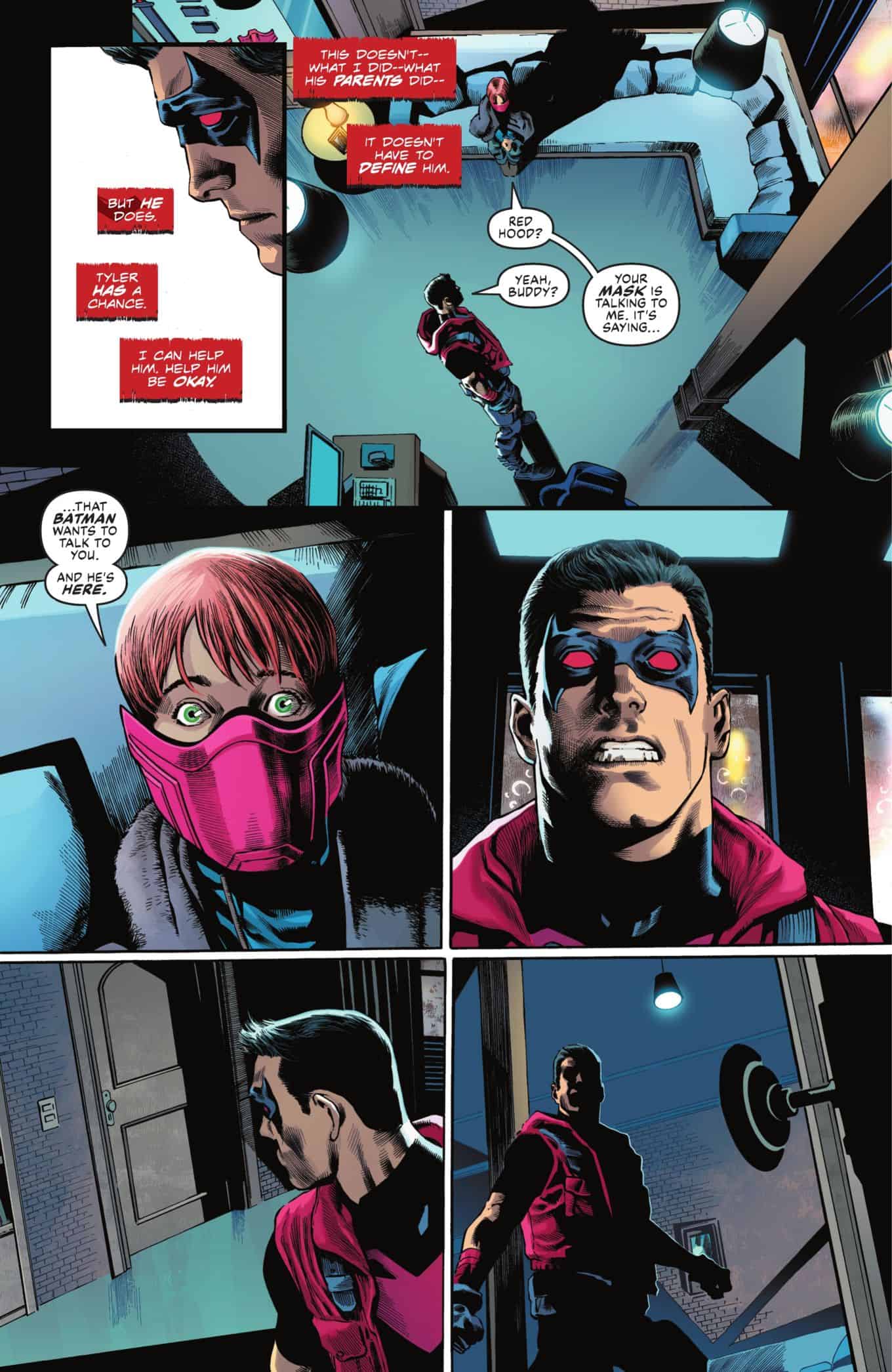 The exchange is testy over murder… 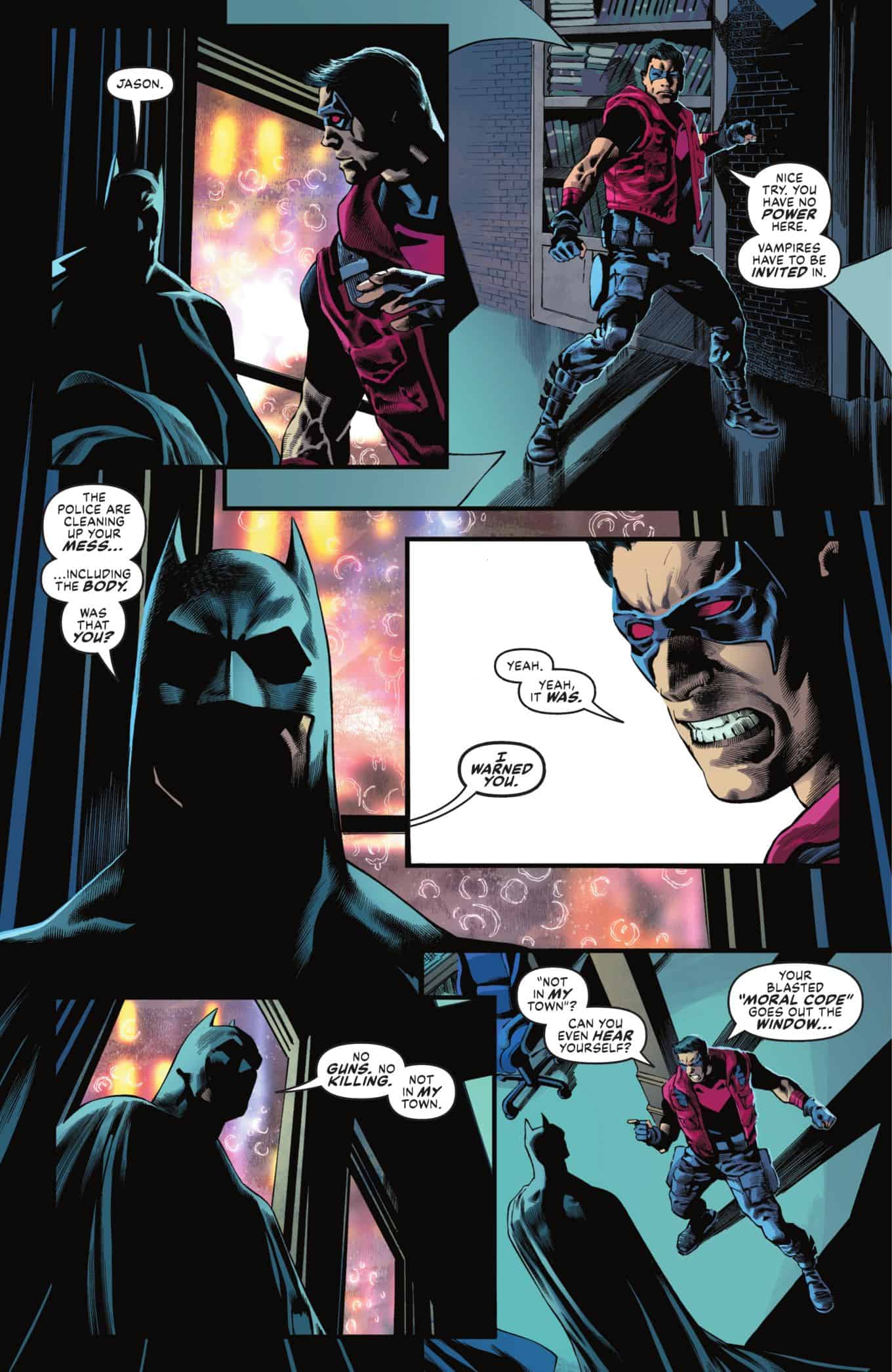 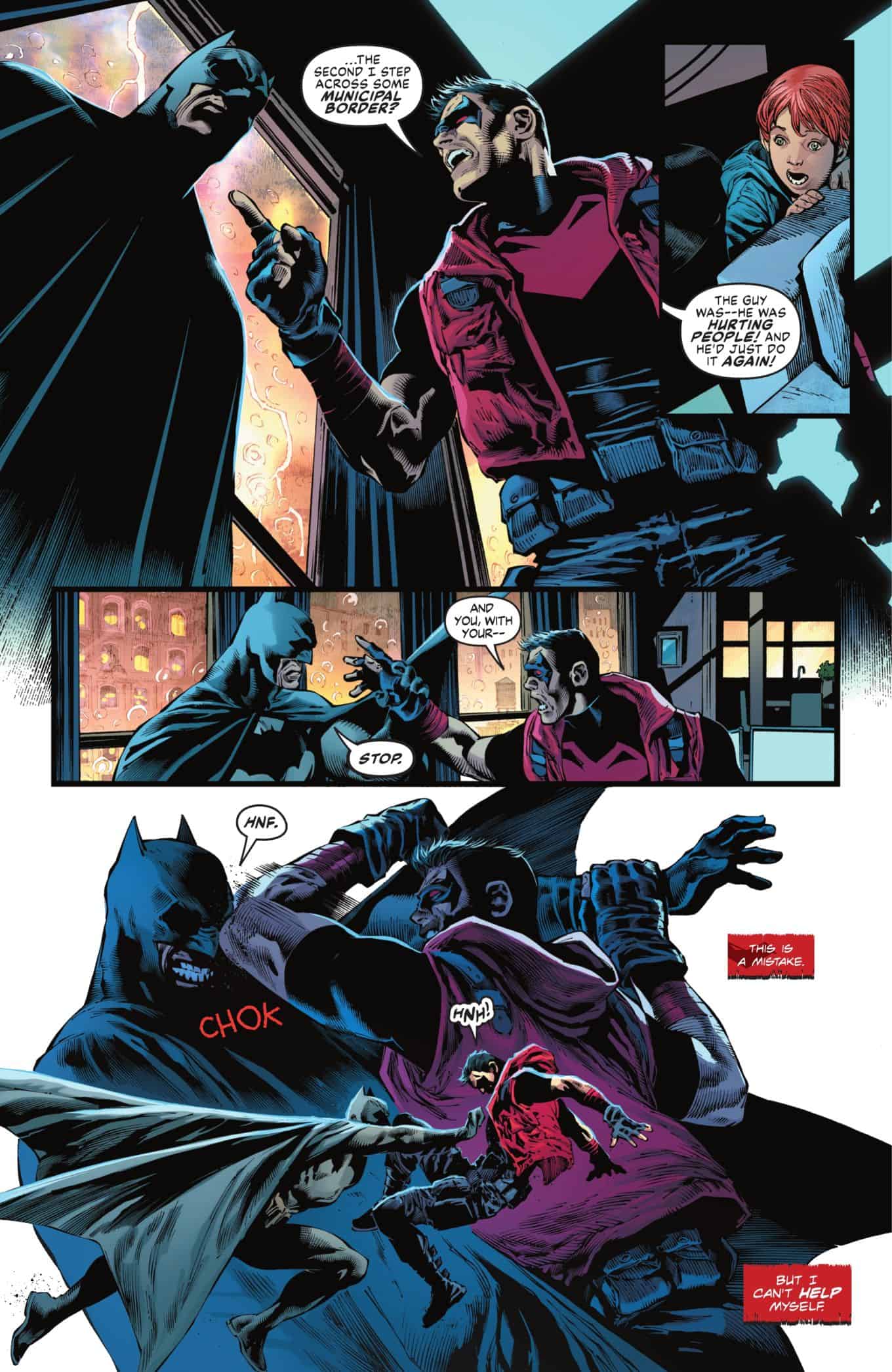 …resulting in the boy protecting Red Hood from Batman! 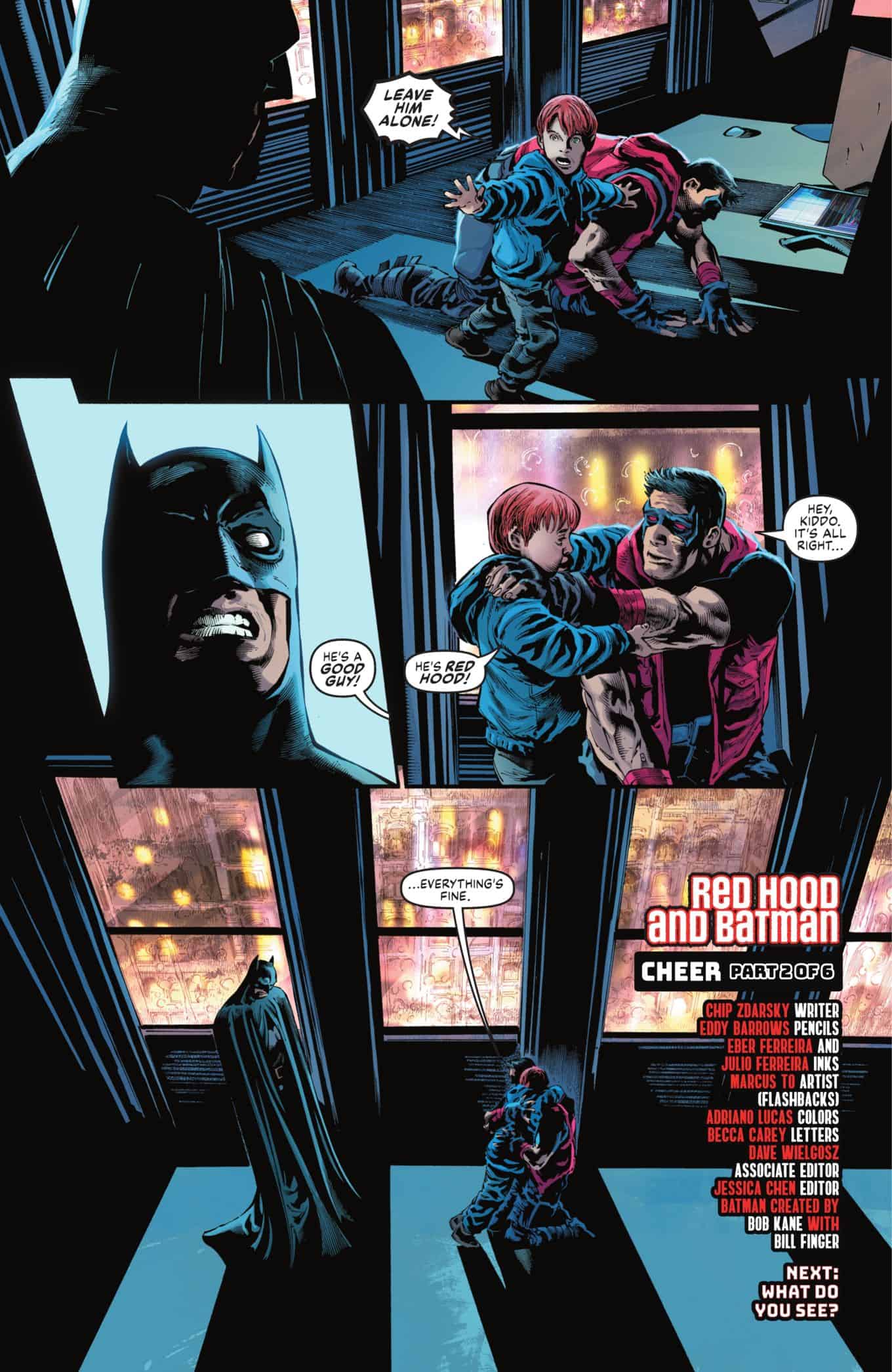 In the concluding story, we learn how… 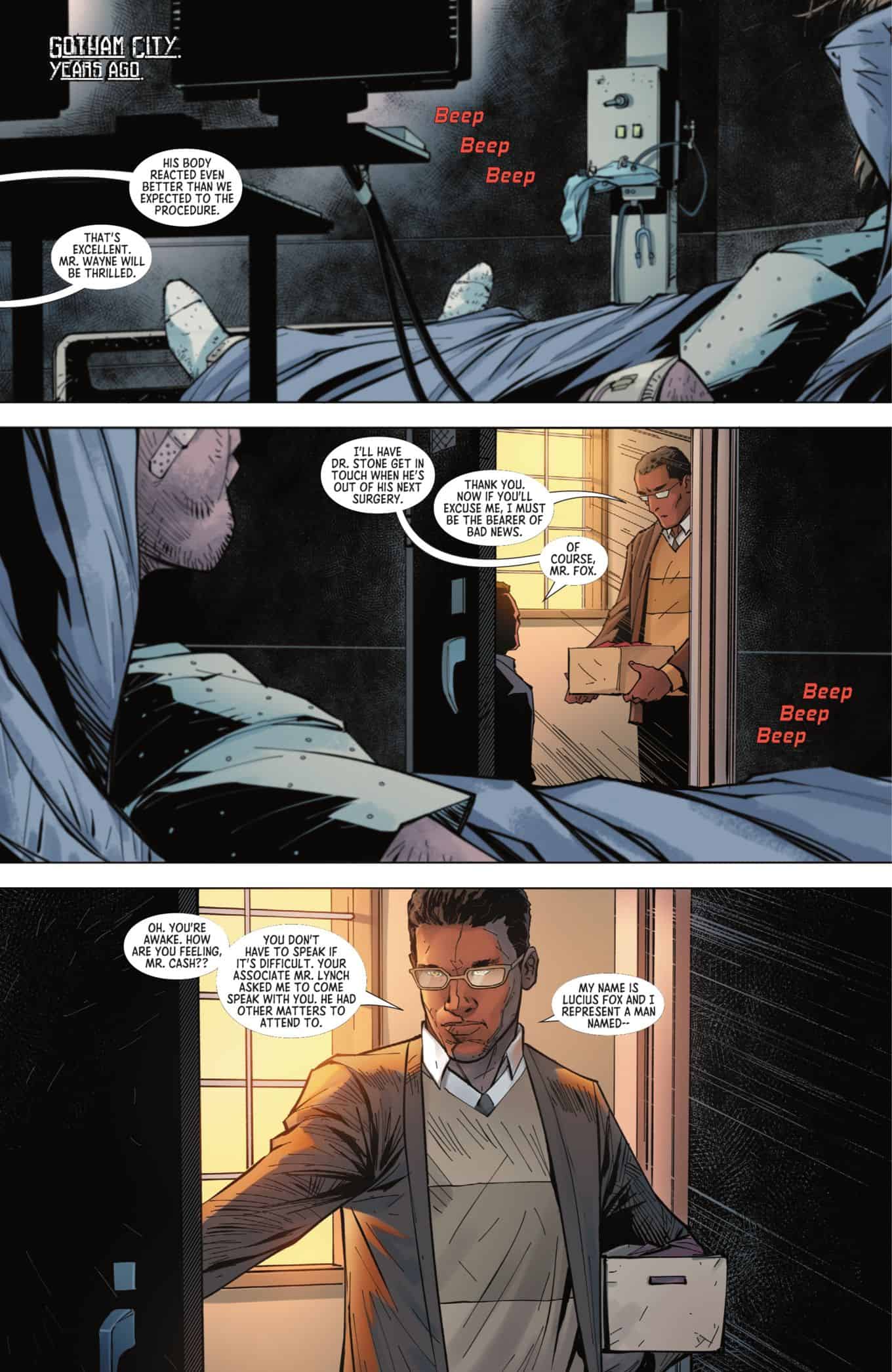 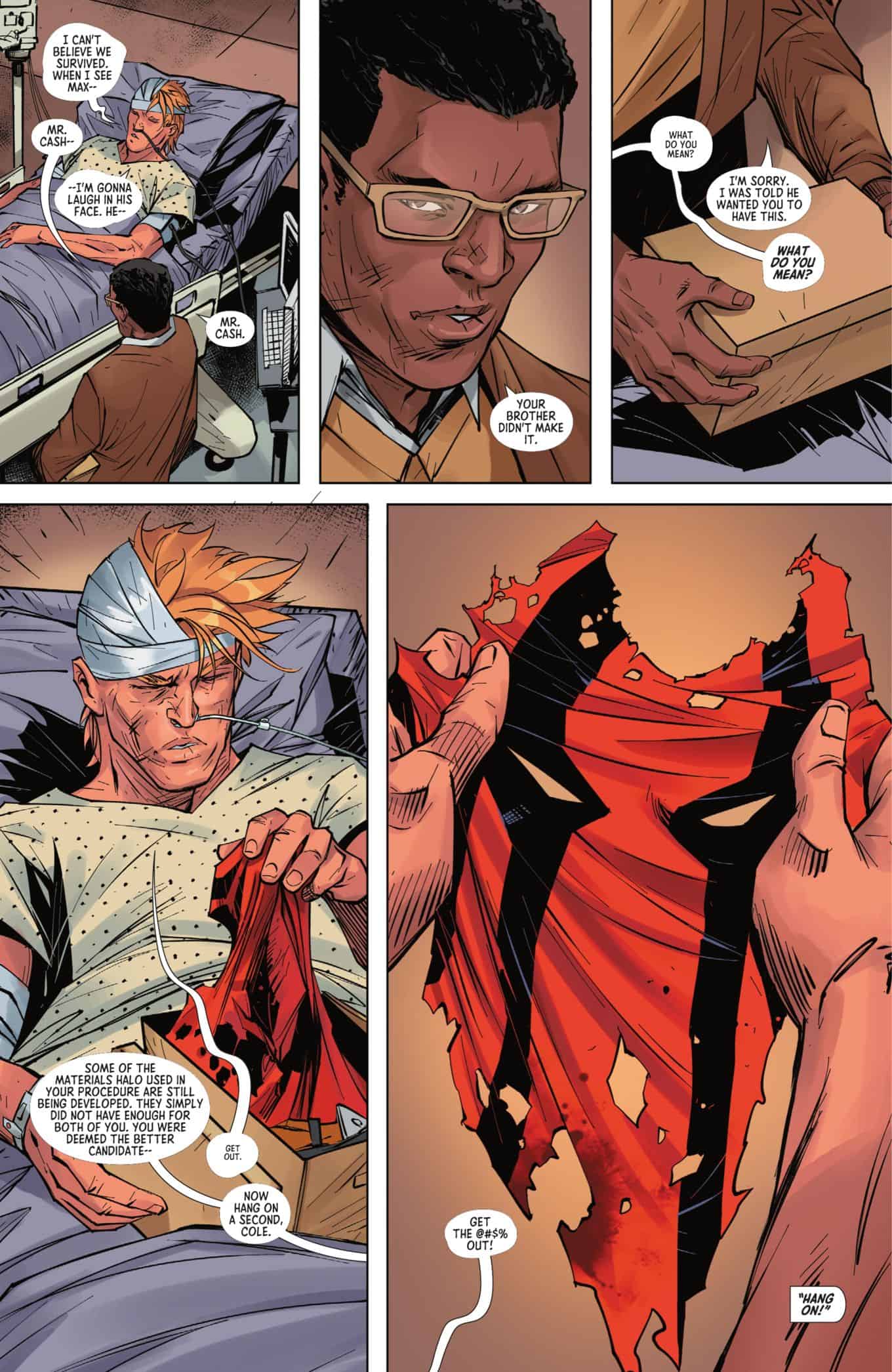 Then we pivot to today as both are under attack… 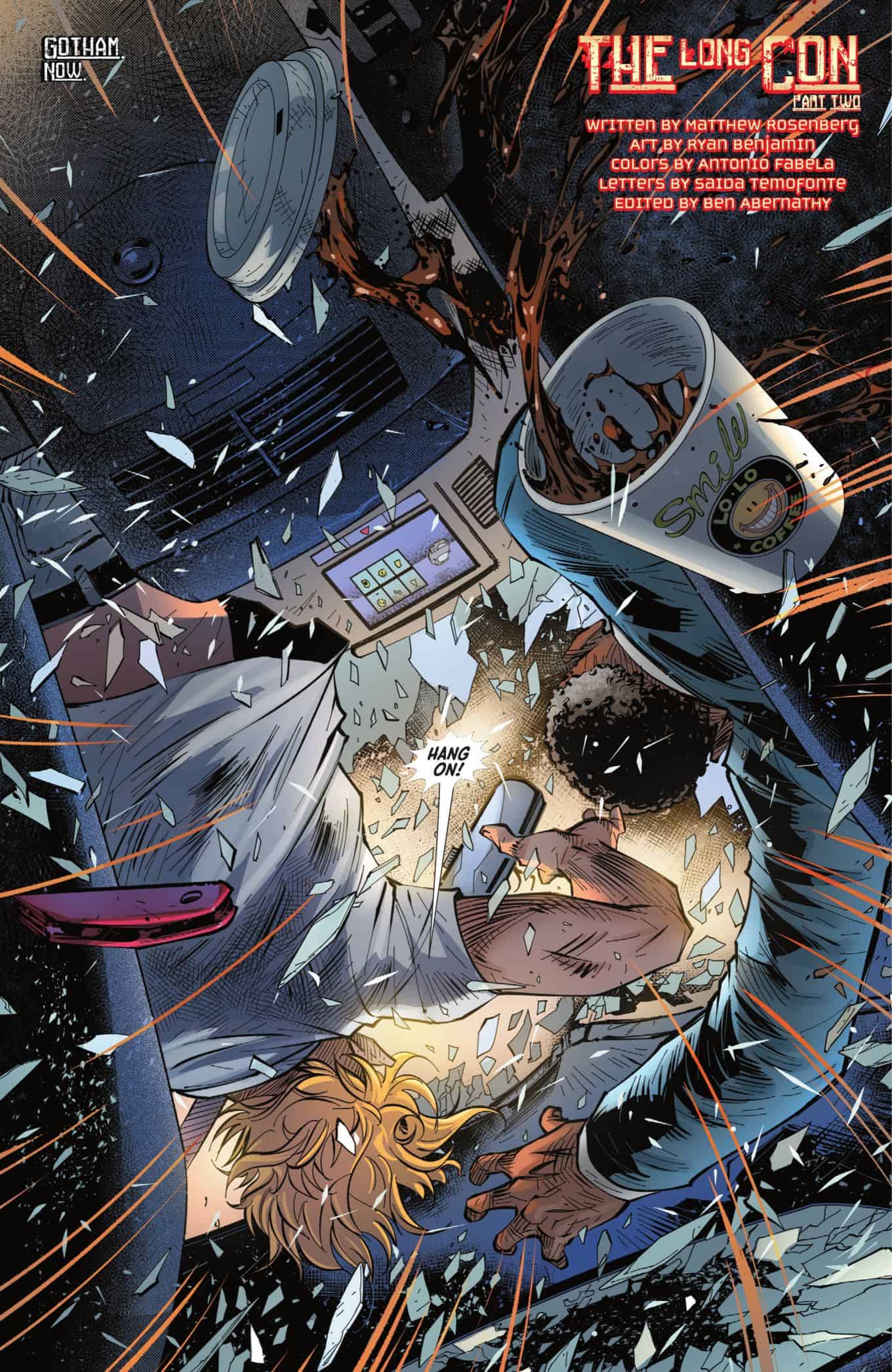 …resulting in a serious car crash. 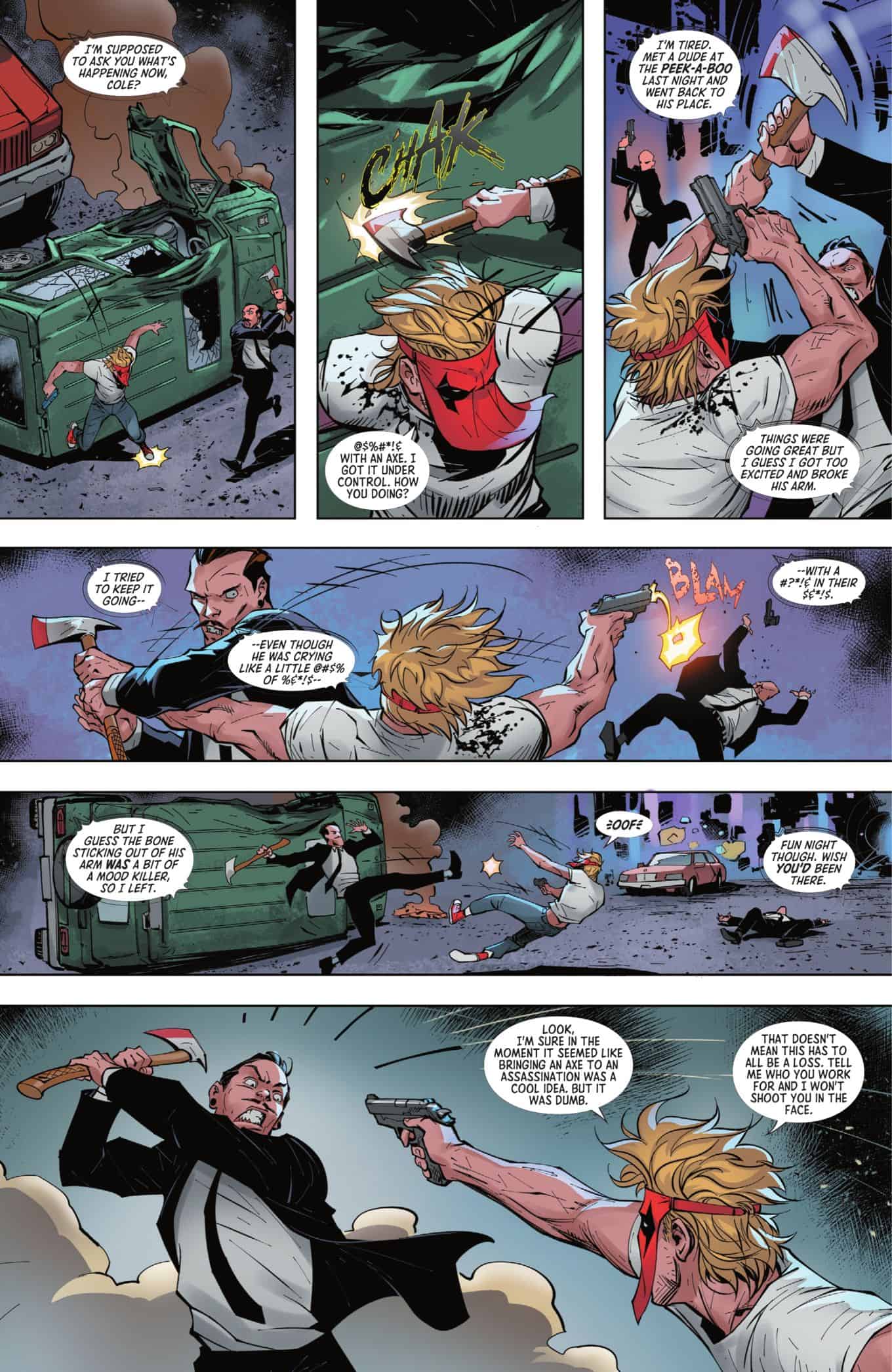 While Grifter takes out the bad guys, he does collapse due, presumably, to injury. 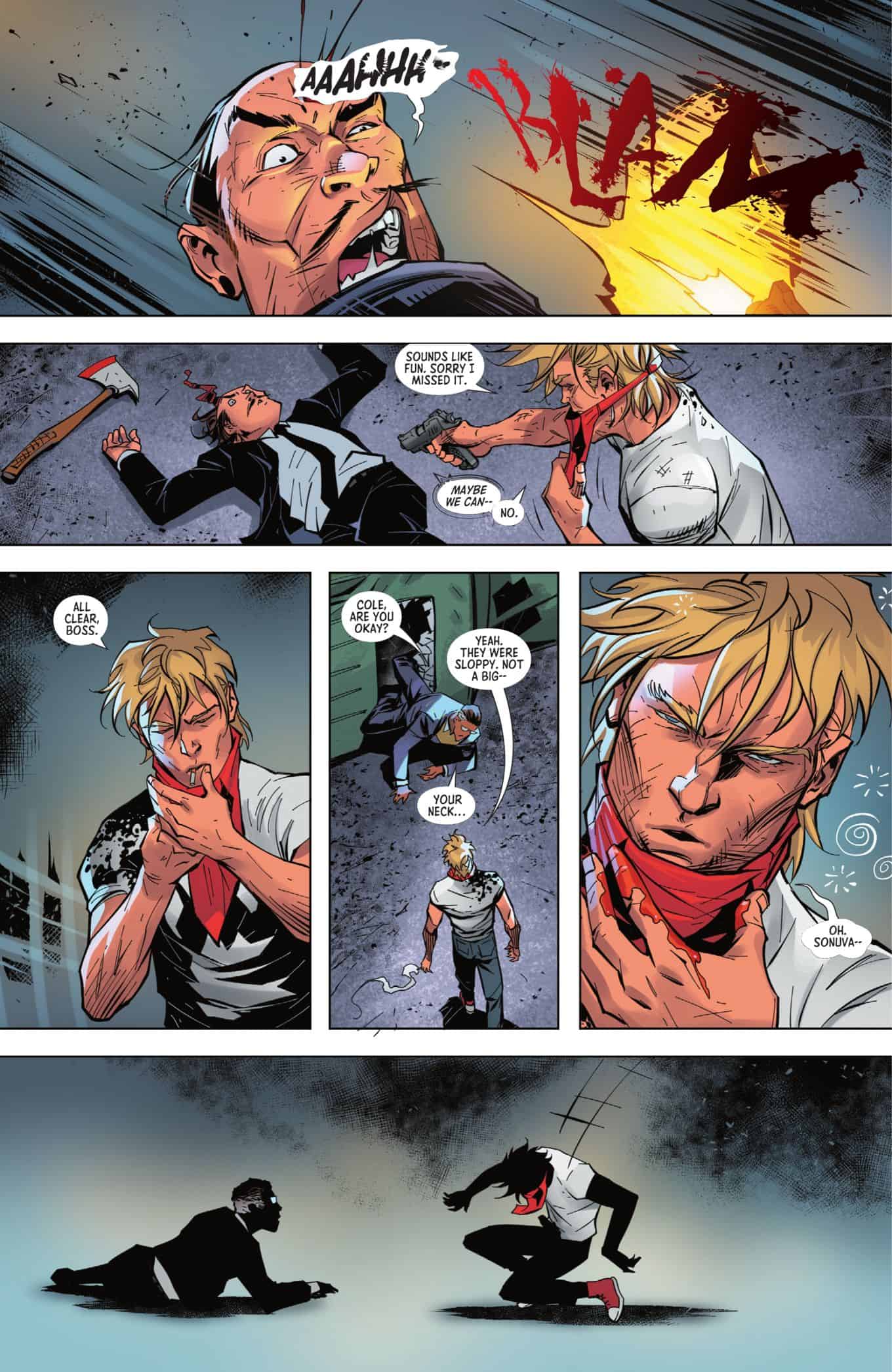 We wakes up on gurney of an ambulance attendant and assesses the situation with his gun. 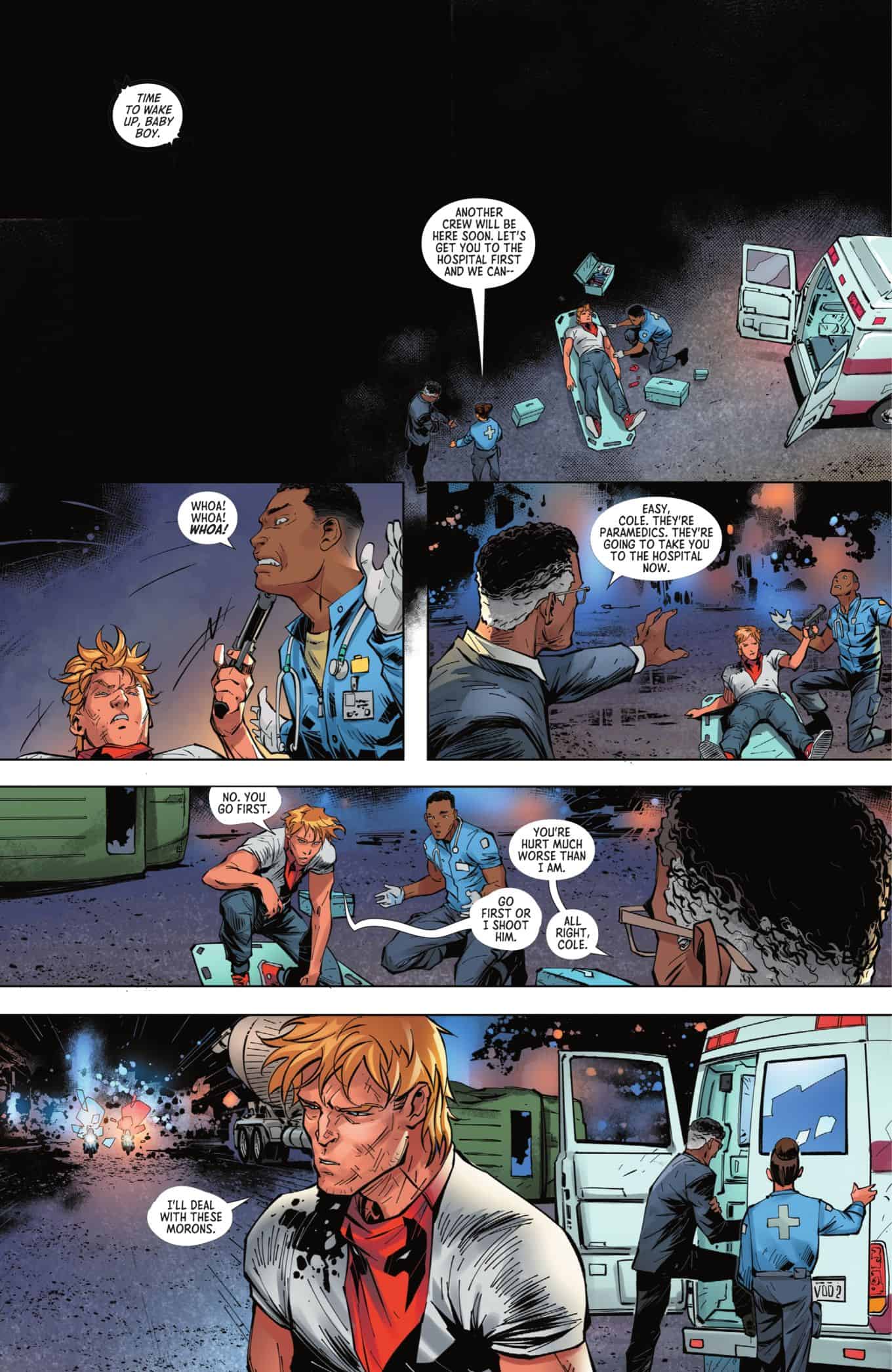 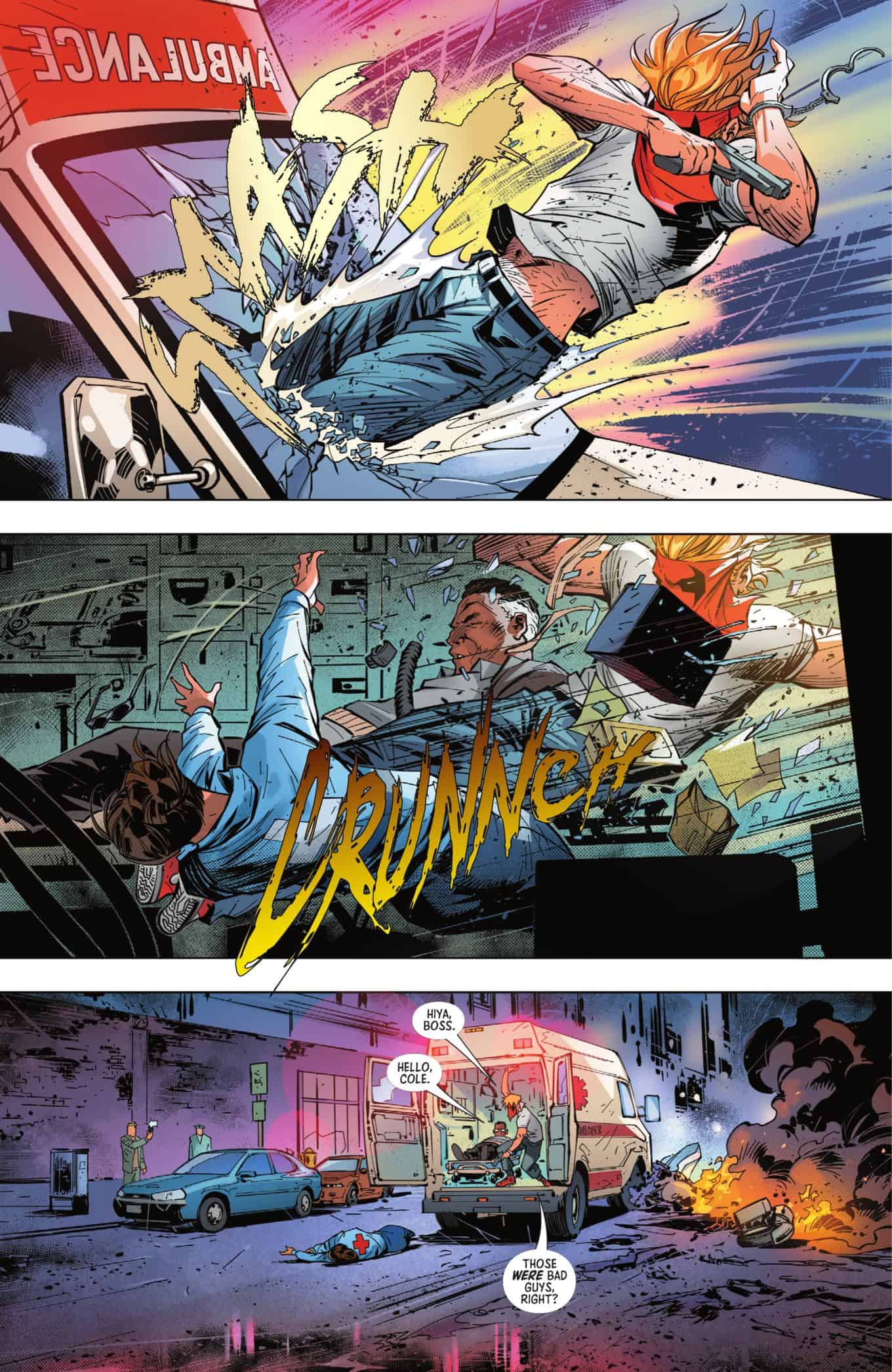 …more bad guys before getting himself and Fox to the hospital and meets an exec in Fox’s employ Chance Adibi. 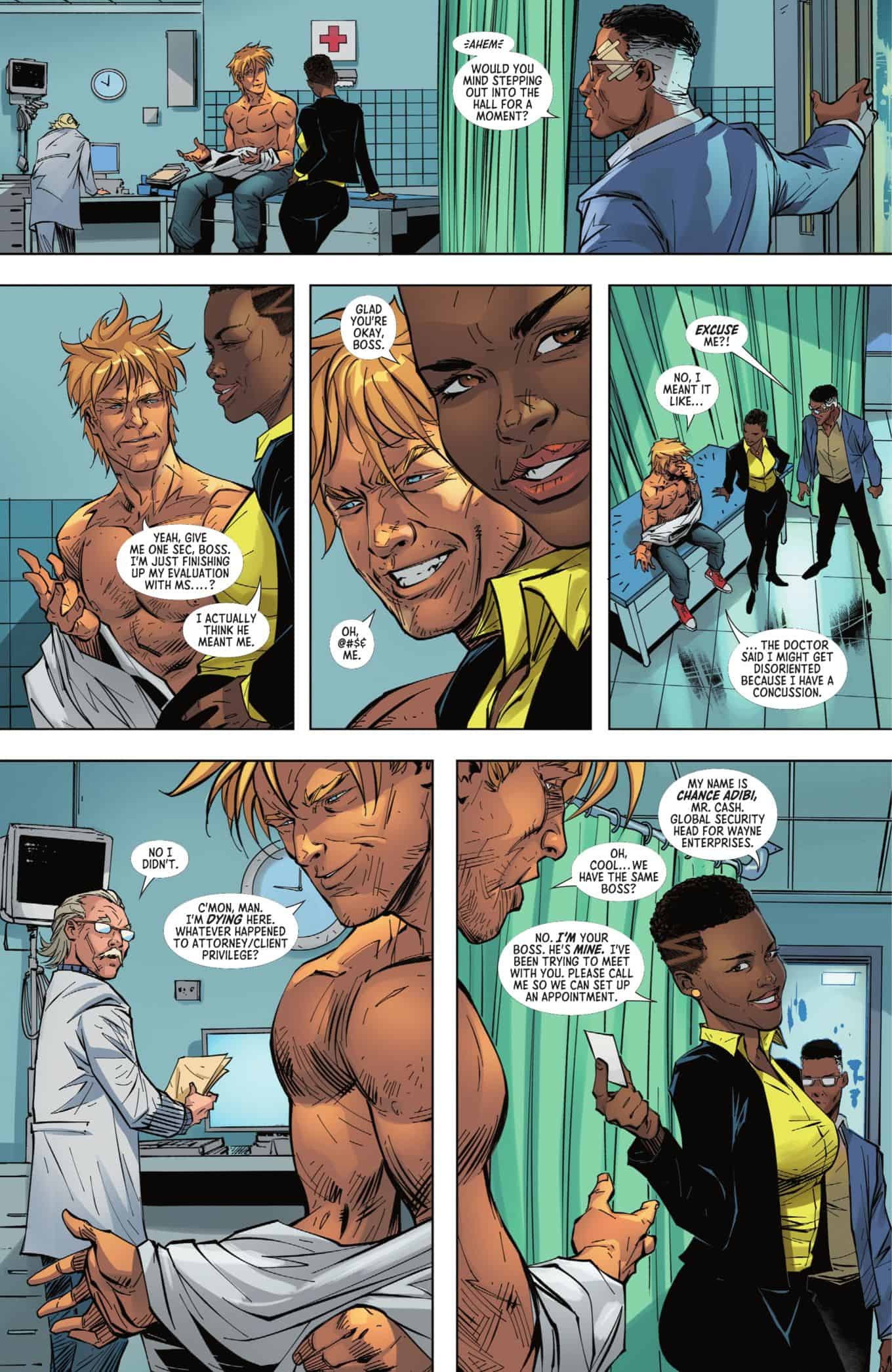 The book ends with Grifter following a lead that gets him to Superman villain Toyman as Red Hood watches. 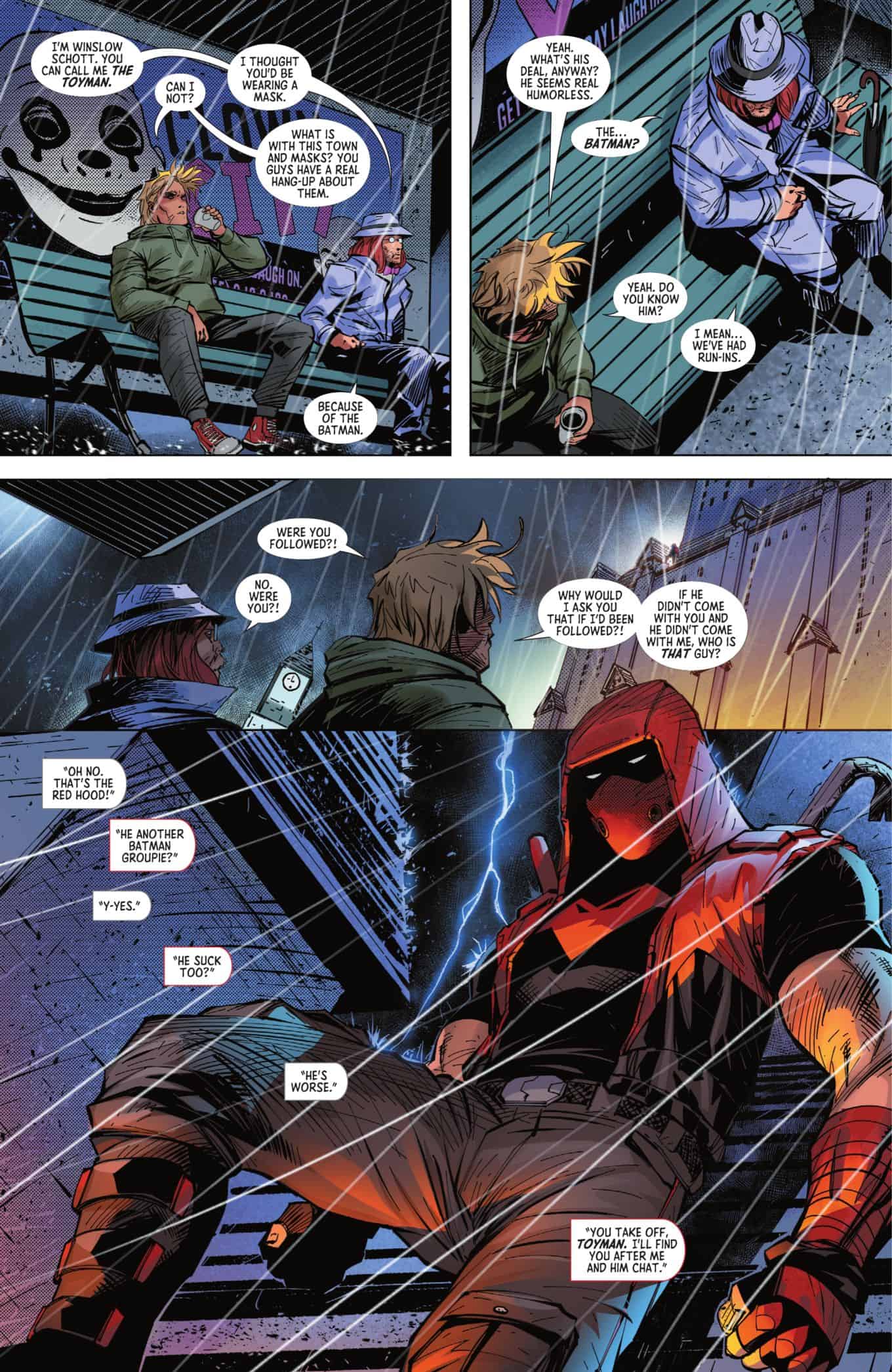 A fight ensues between Red Hood and Grifter with the story ending with Red Hood waking up a little light on cash with a dead Toyman at his side. 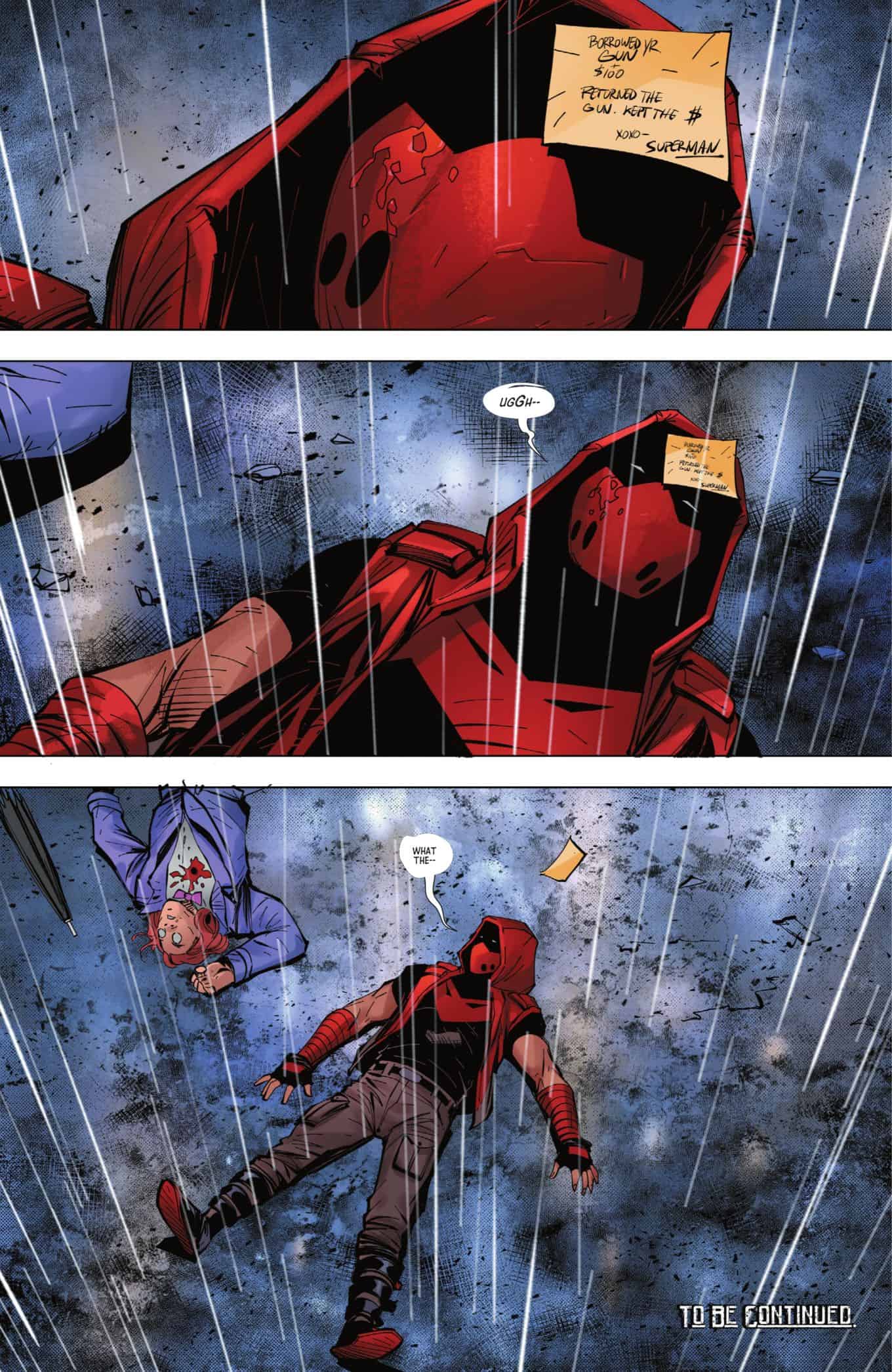 Compelling stories and strong art teams on these stories. Morally complex yarn with rich characterization peppered with action. 8 out of 10.