Damian Wayne versus his grandfather, the immortal Ra’s al Ghul! For years, Batman’s son avoided learning the ways of the Demon from Ra’s, but now that training may be exactly what Robin needs to win the League of Lazarus tournament.

Plus, Ravager follows the mysterious Respawn into the secrets of Lazarus Island!

It’s Damian Wayne’s birthday, and the Bat-Family throws him a surprise party in the Batcave! But it seems someone has other plans, as a pair of ancient Hittite deities crash the party! Robin’s battle with Tarhun and Arinitti takes him on a wild ride all the way to Budapest, ultimately leading him to his grandfather, Ra’s al Ghul. As Batman wages a battle to rescue his son, Damian is left to ponder a life-altering question: choose immortality and stand at his grandfather’s side, or choose mortality and continue on his path alongside his father. 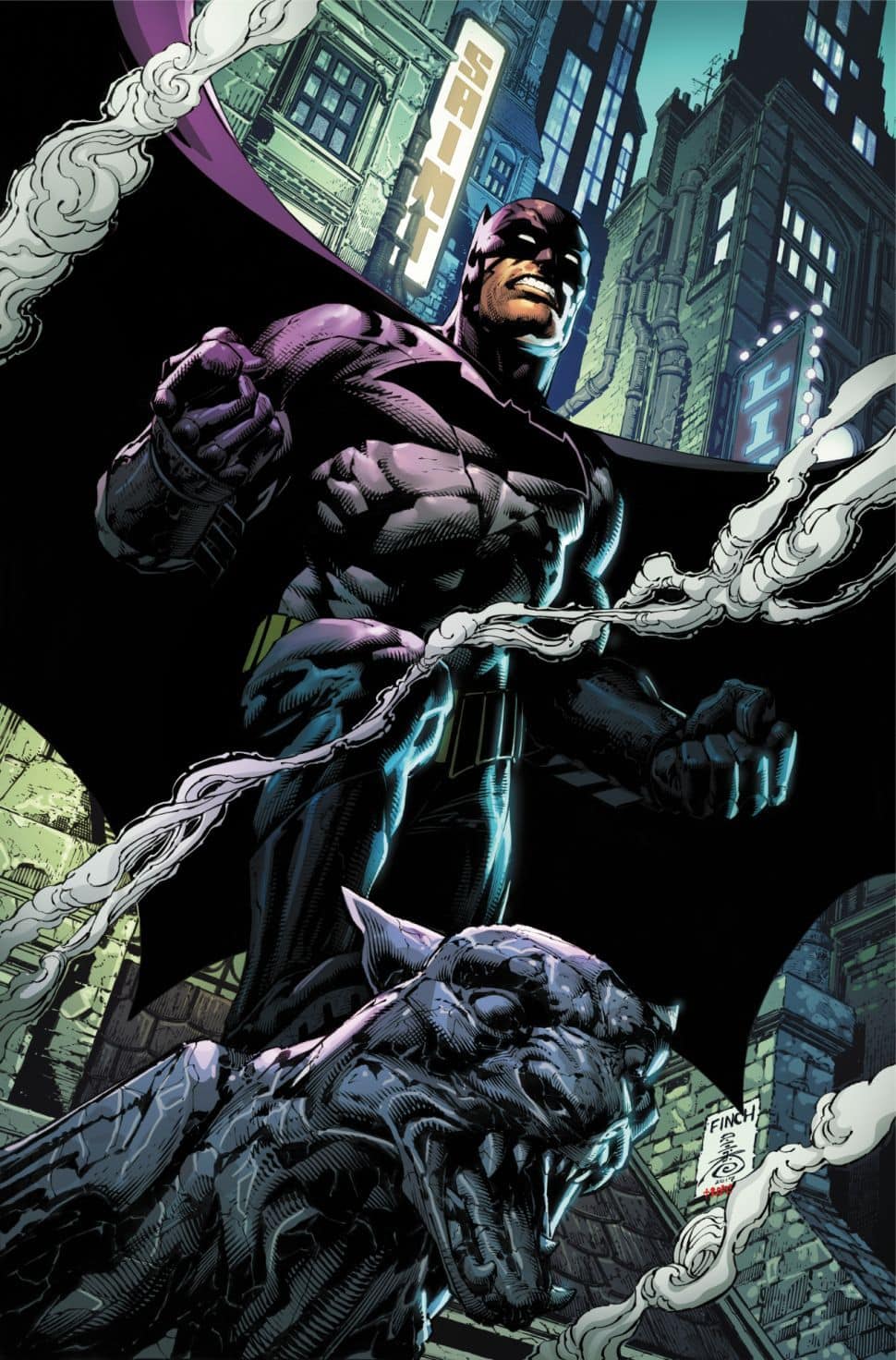 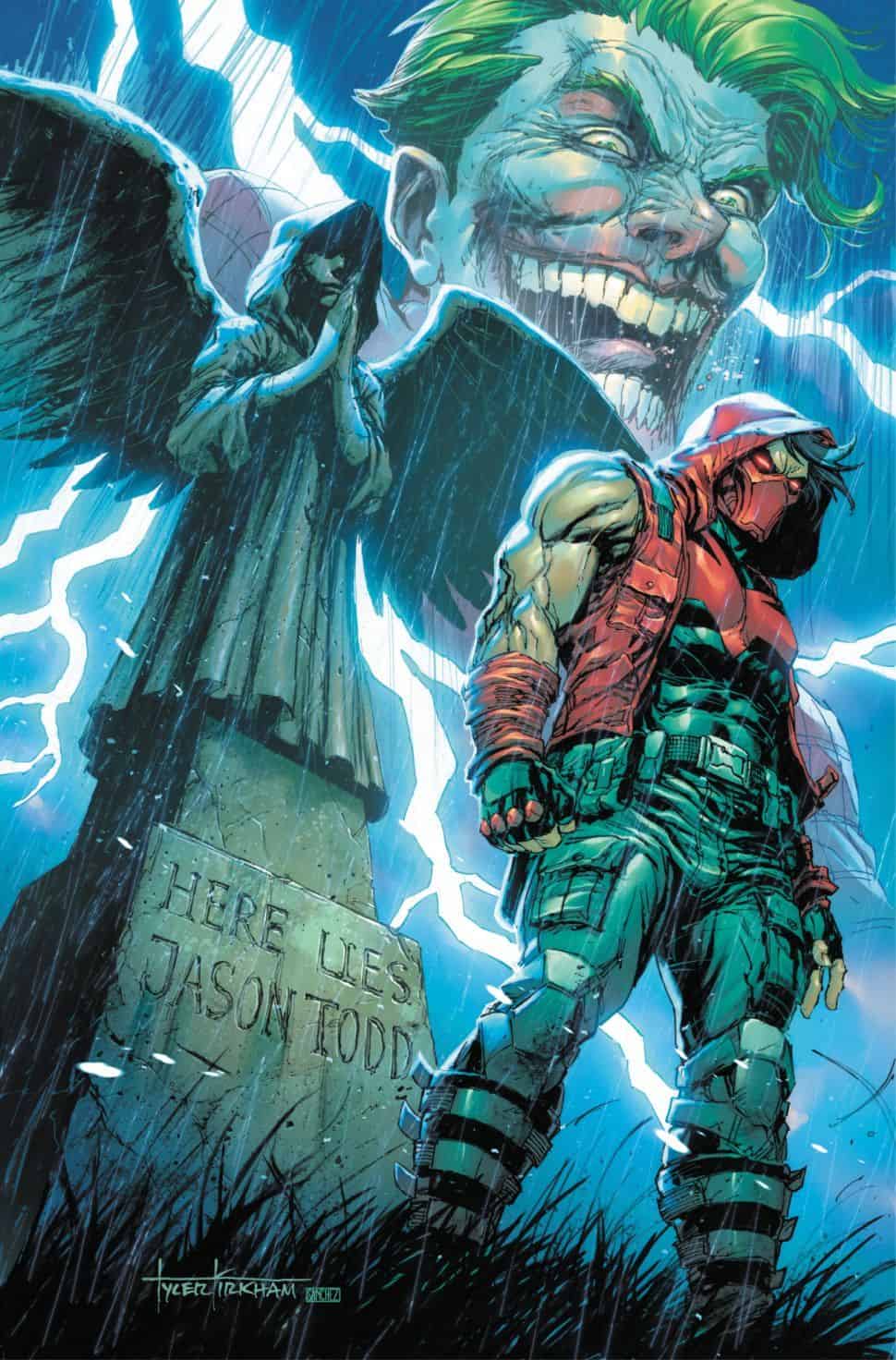 Red Hood: Meet Cheer, the villain behind the insidious Cheerdrops altering the citizens of Gotham. When confronted with a man responsible for taking the lives of so many, including Tyler, the kid Jason Todd swore to protect, will Red Hood be able to stop himself from taking vengeance for a whole city?

Grifter: Through four chapters of blood, bullets, and Batman, the true reason for Cole Cash emerging in Gotham City reveals itself at last…but it’s not what you think!

Tim Drake: Tim is determined to find his friend Bernard, who was taken by a Chaos Monster before his very eyes. But this case is different from any Tim has taken on before, and the cracks are starting to show. 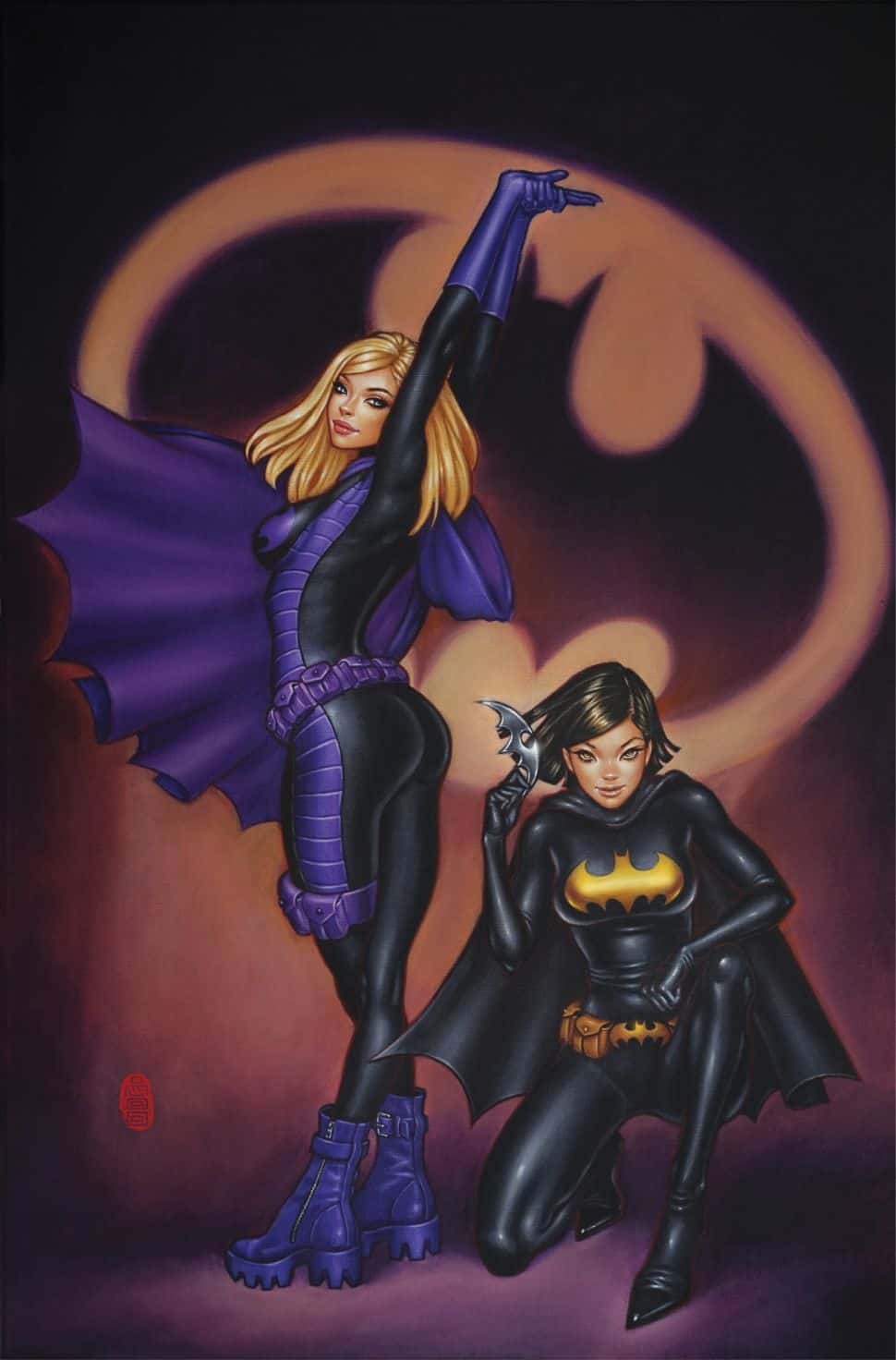 Batgirls: Cassandra Cain and Stephanie Brown are just two teenagers breaking into Wayne Manor so they can play some video games. But when Oracle gives them a mission, the Batgirls suit up and head to an abandoned arcade to investigate. 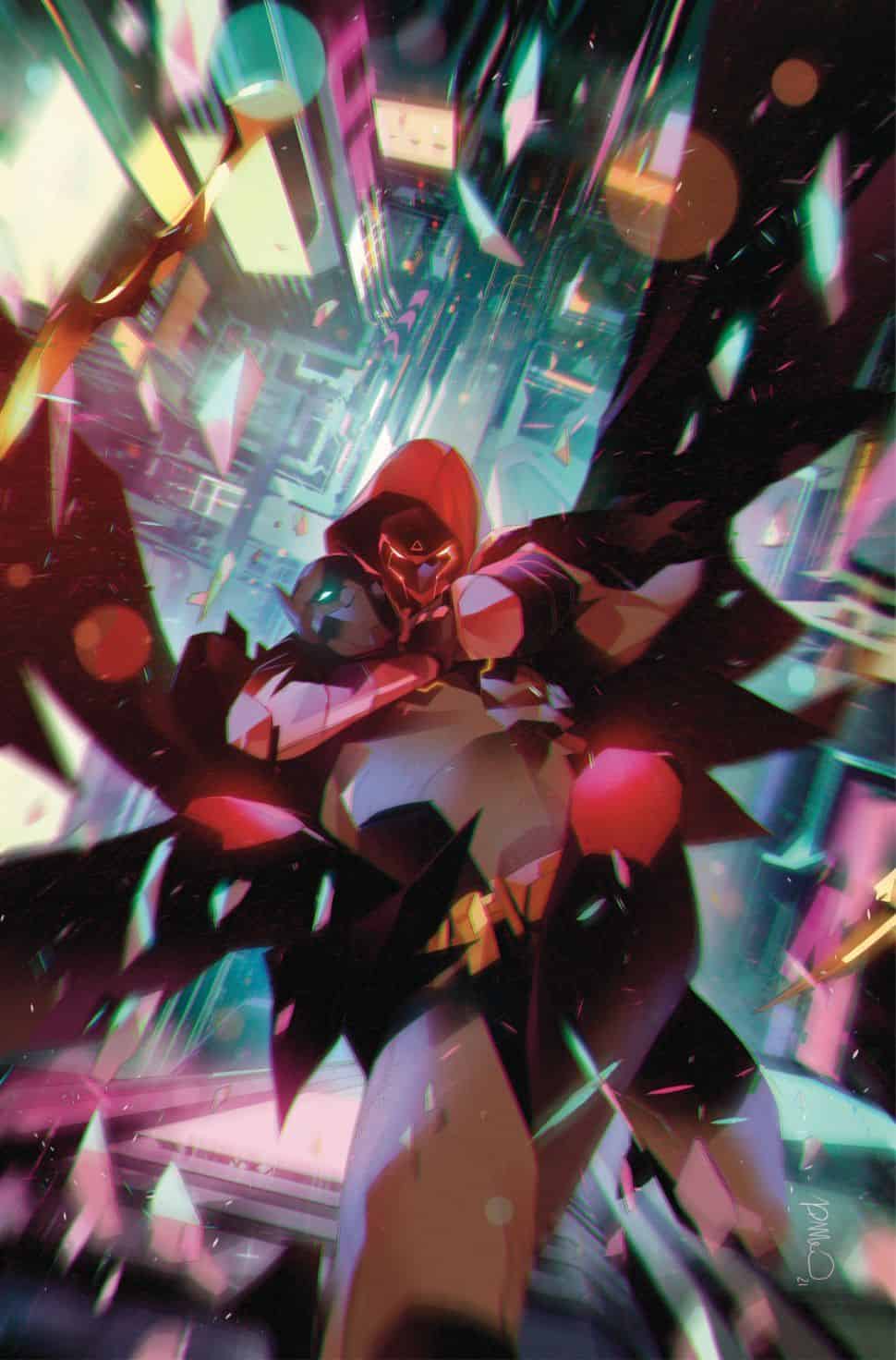 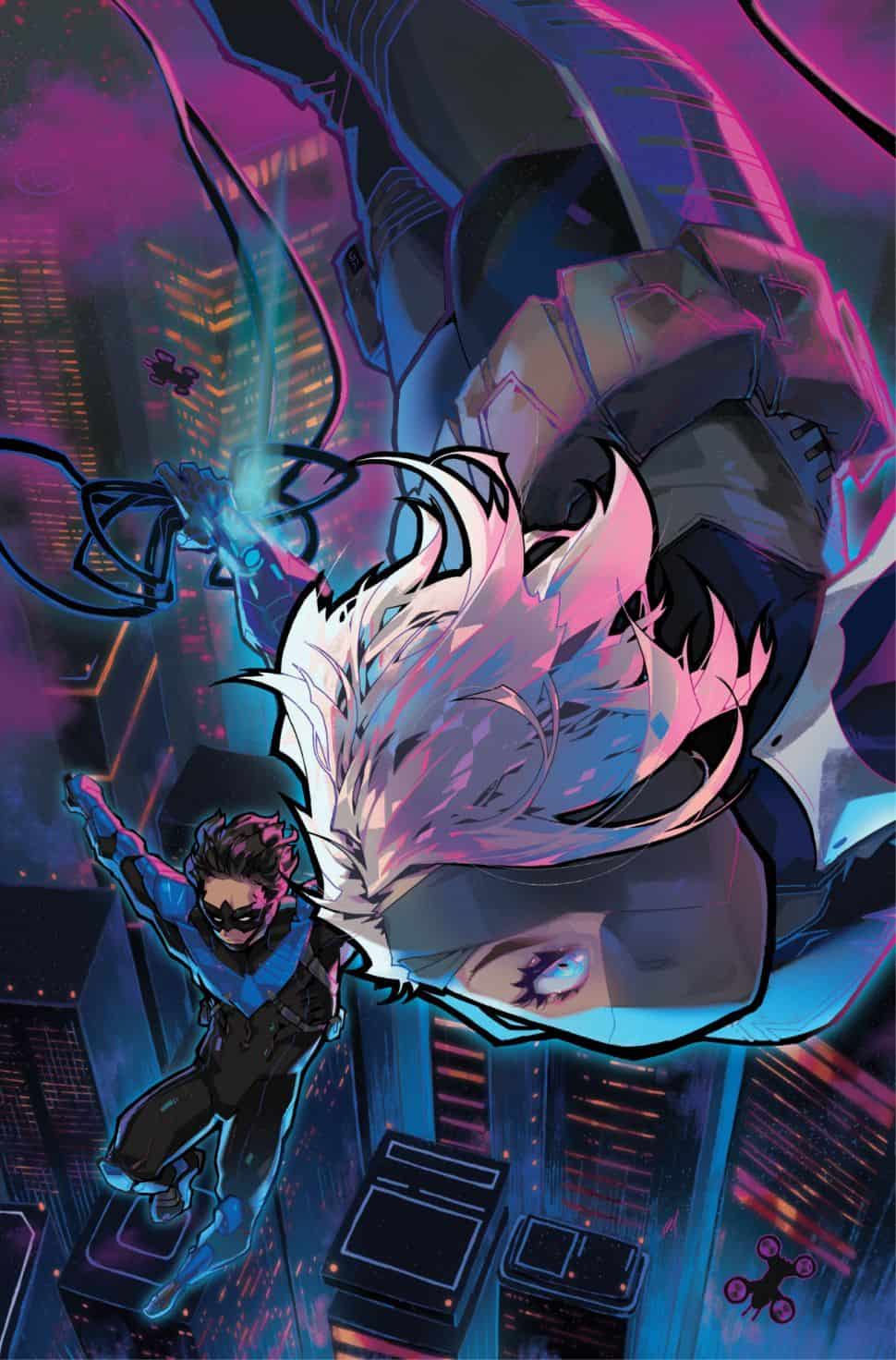 Red Hood comes mask to mask with Gotham’s most wanted, the Next Batman, as the future of the Bat-Family continues! It’s a deadly showdown made worse by the horde of psychopathic criminals who want to kill them both! And finally, the new Gotham villain Warmonger reveals himself!

Melinda Zucco’s connection to the man who killed Dick Grayson’s parents wasn’t a surprise to the Blüdhaven hero, but what the former Robin discovers about Melinda’s ties to the Flying Graysons leaves the usually upbeat detective speechless.