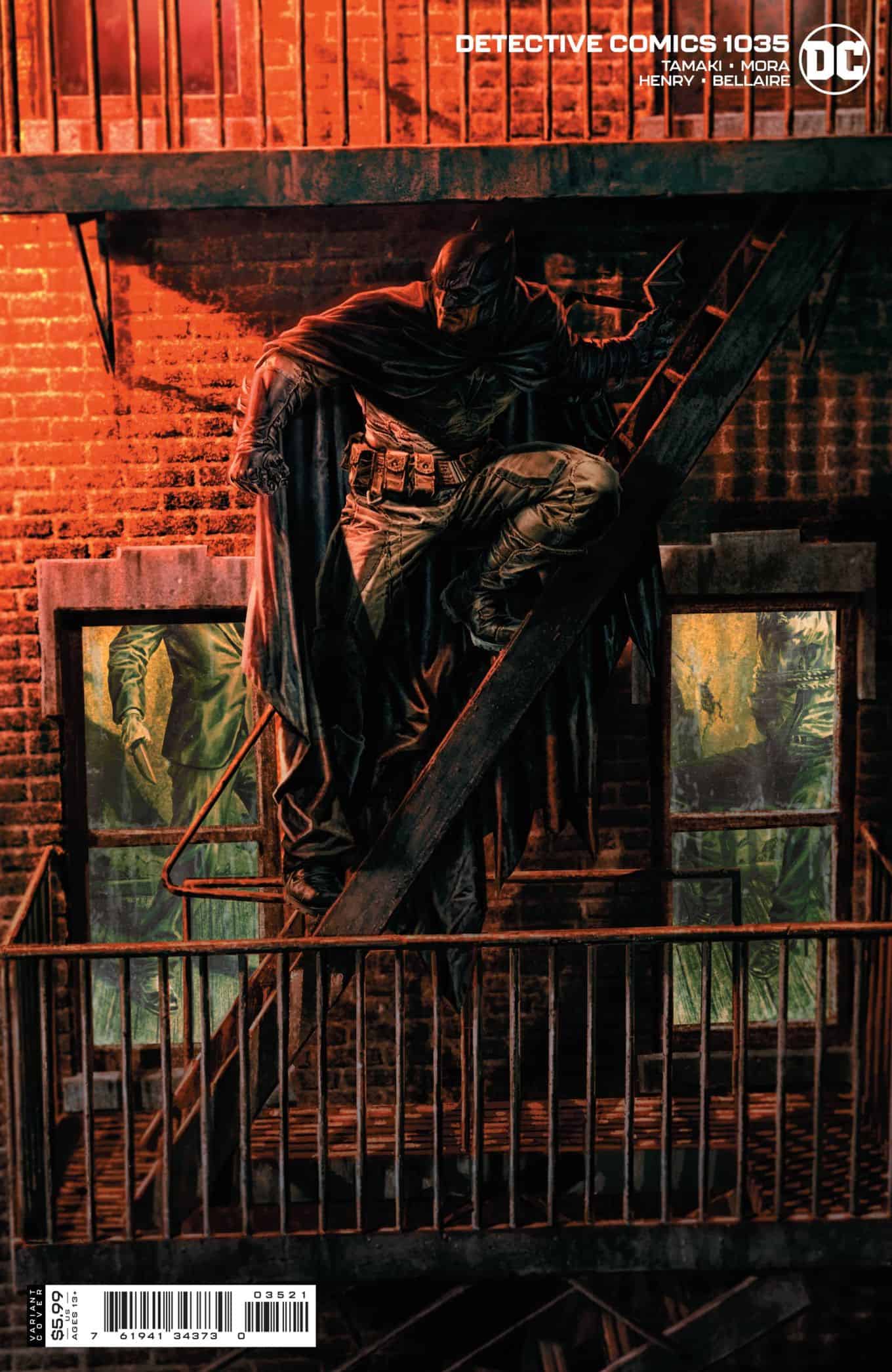 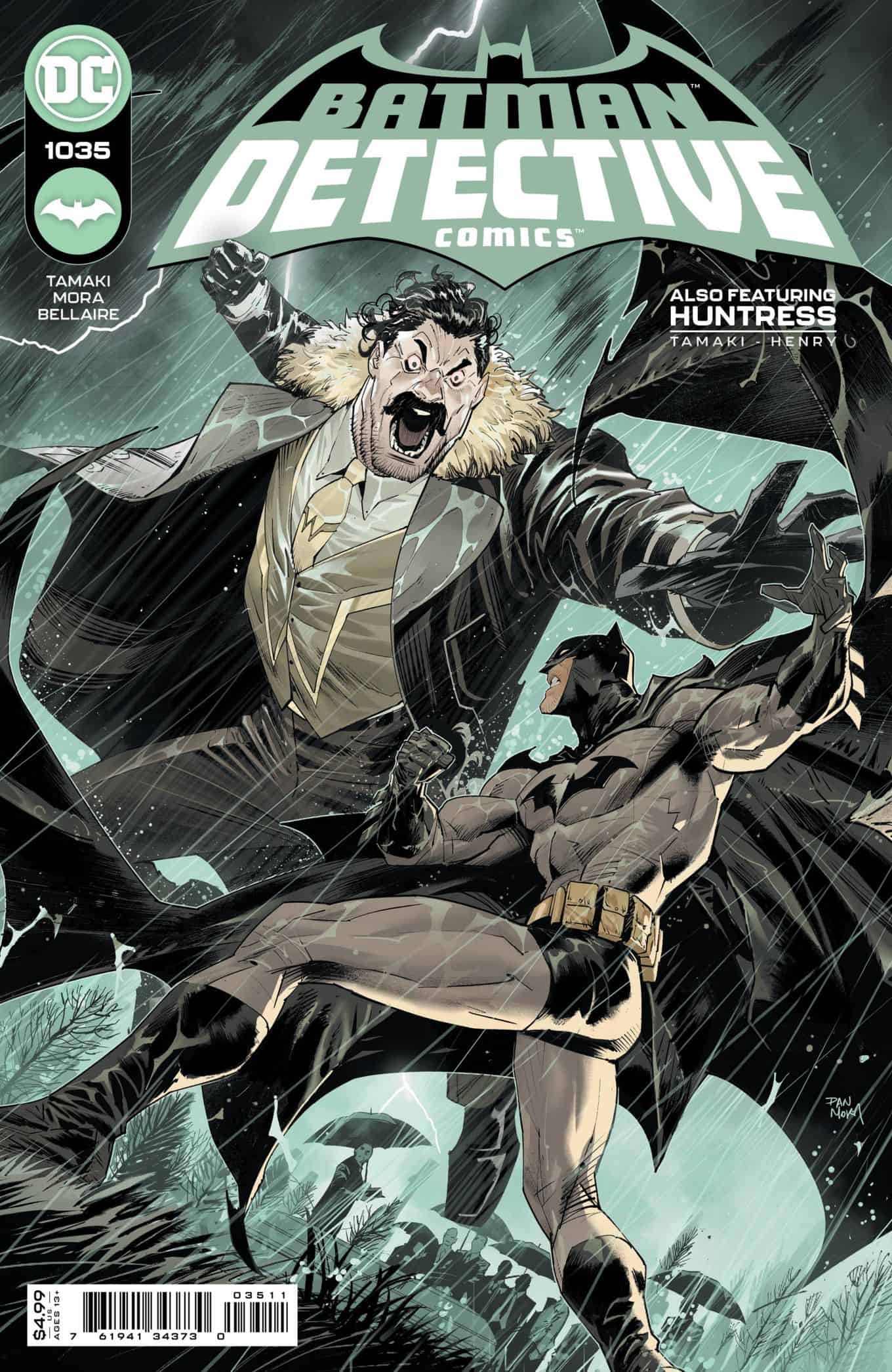 Mayor Nakano has been informed for Sarah Worth’s disappearance as her family comes from old Gotham City money. 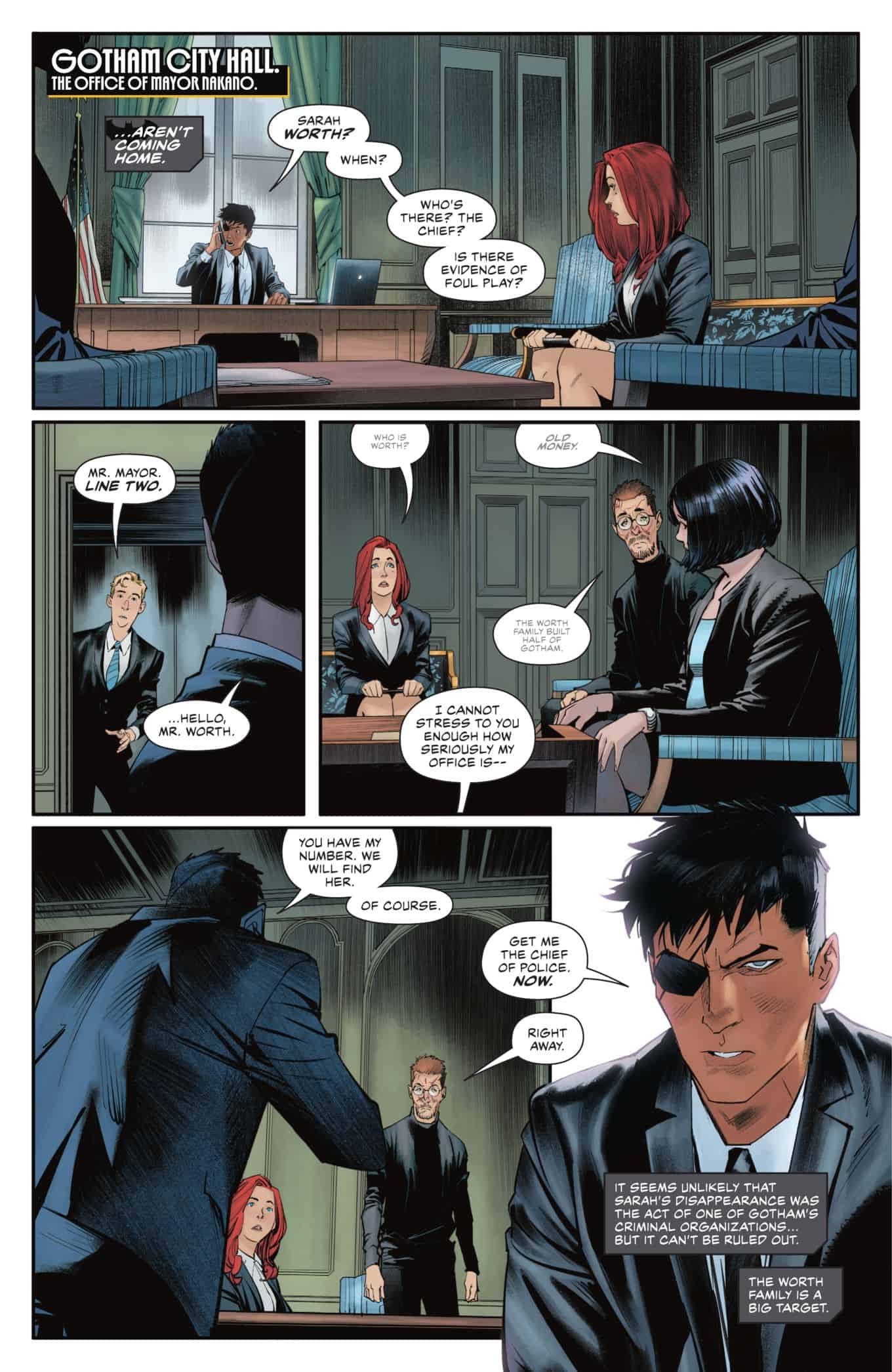 Batman is also searching for her… 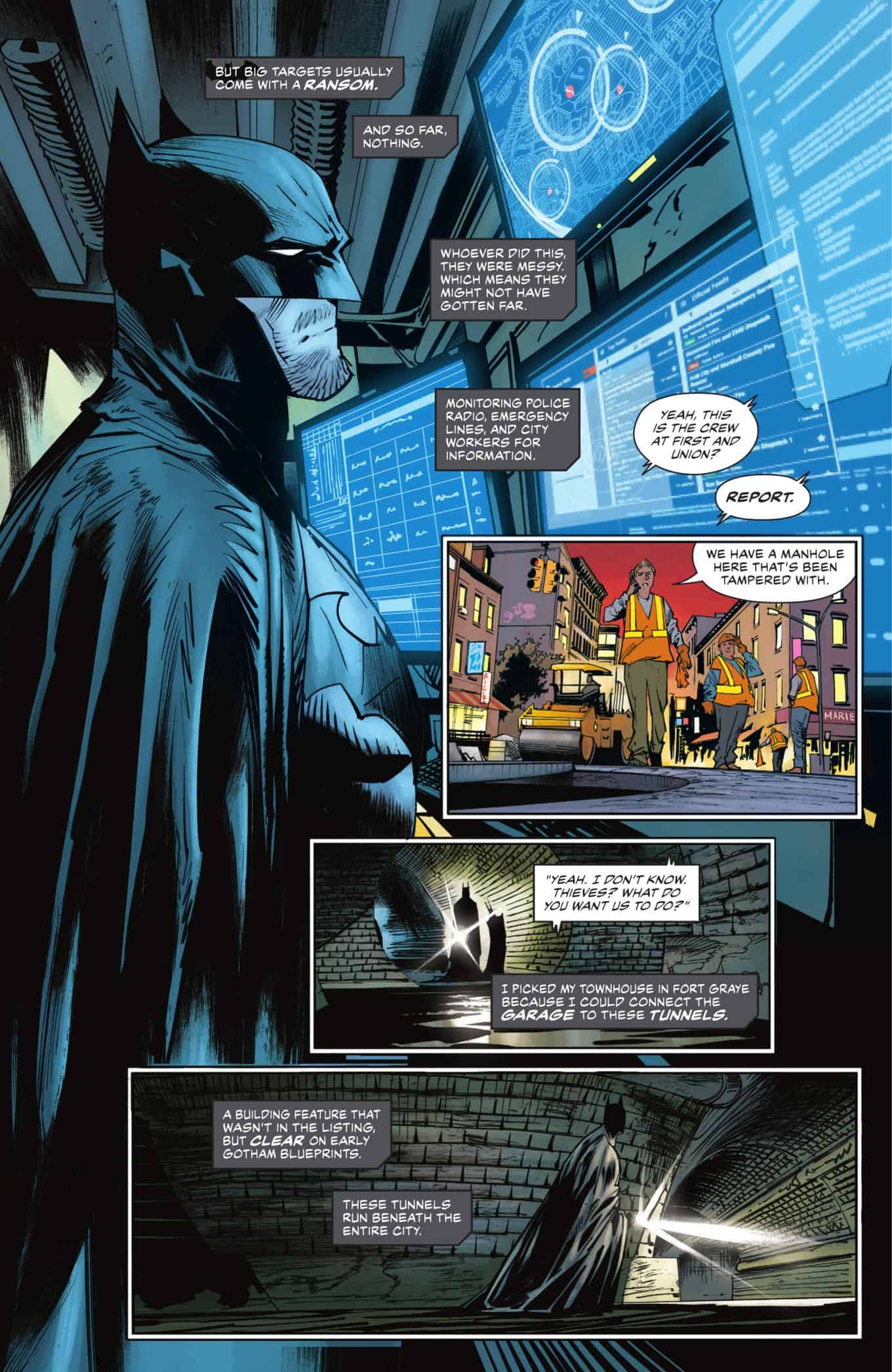 …eventually finding her corpse in the sewers of Gotham City. 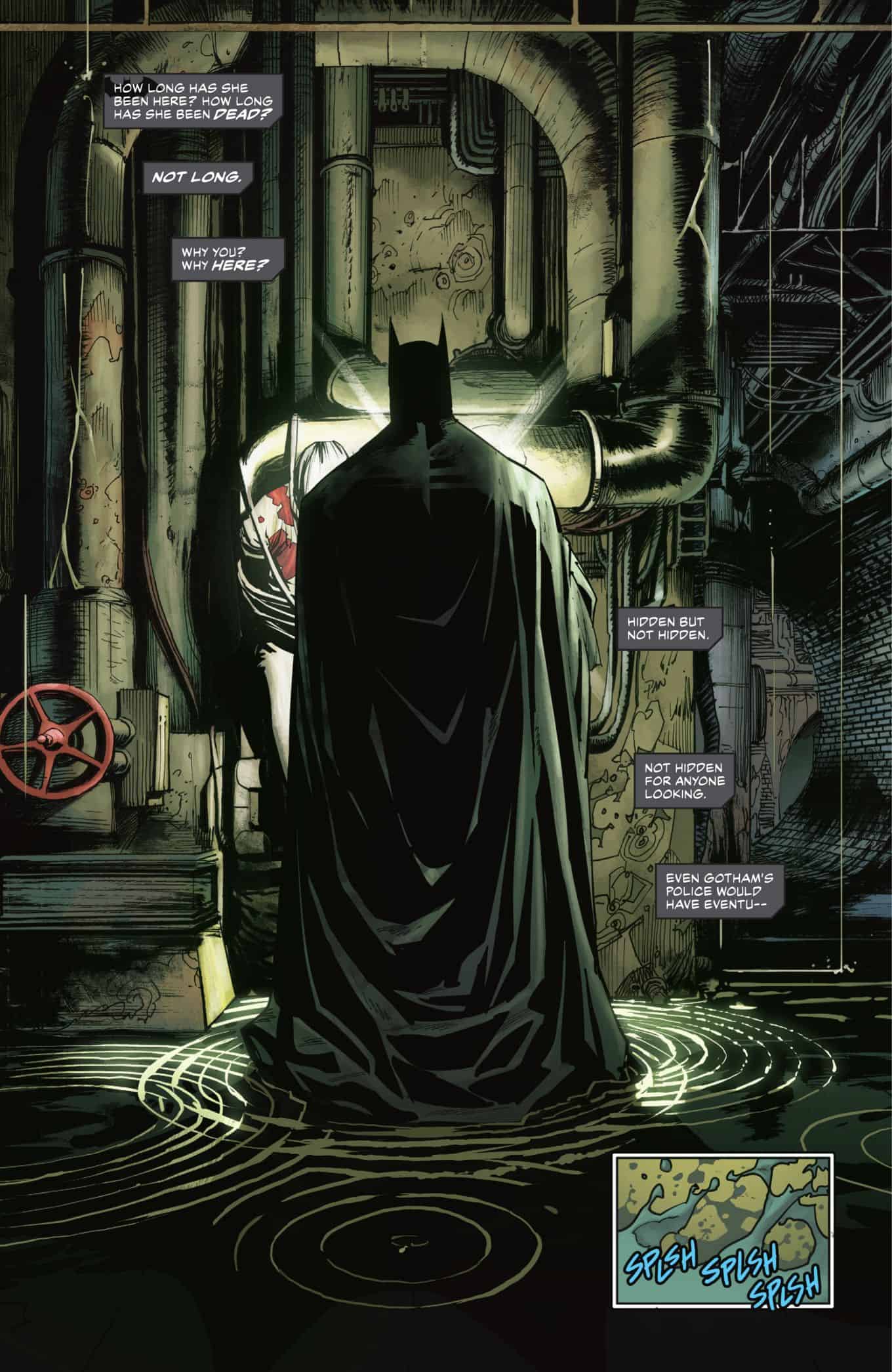 The police find him and the body opening fire; a bullet cuts through his left arm as another bullet from the cops ricochets and injures an officer. 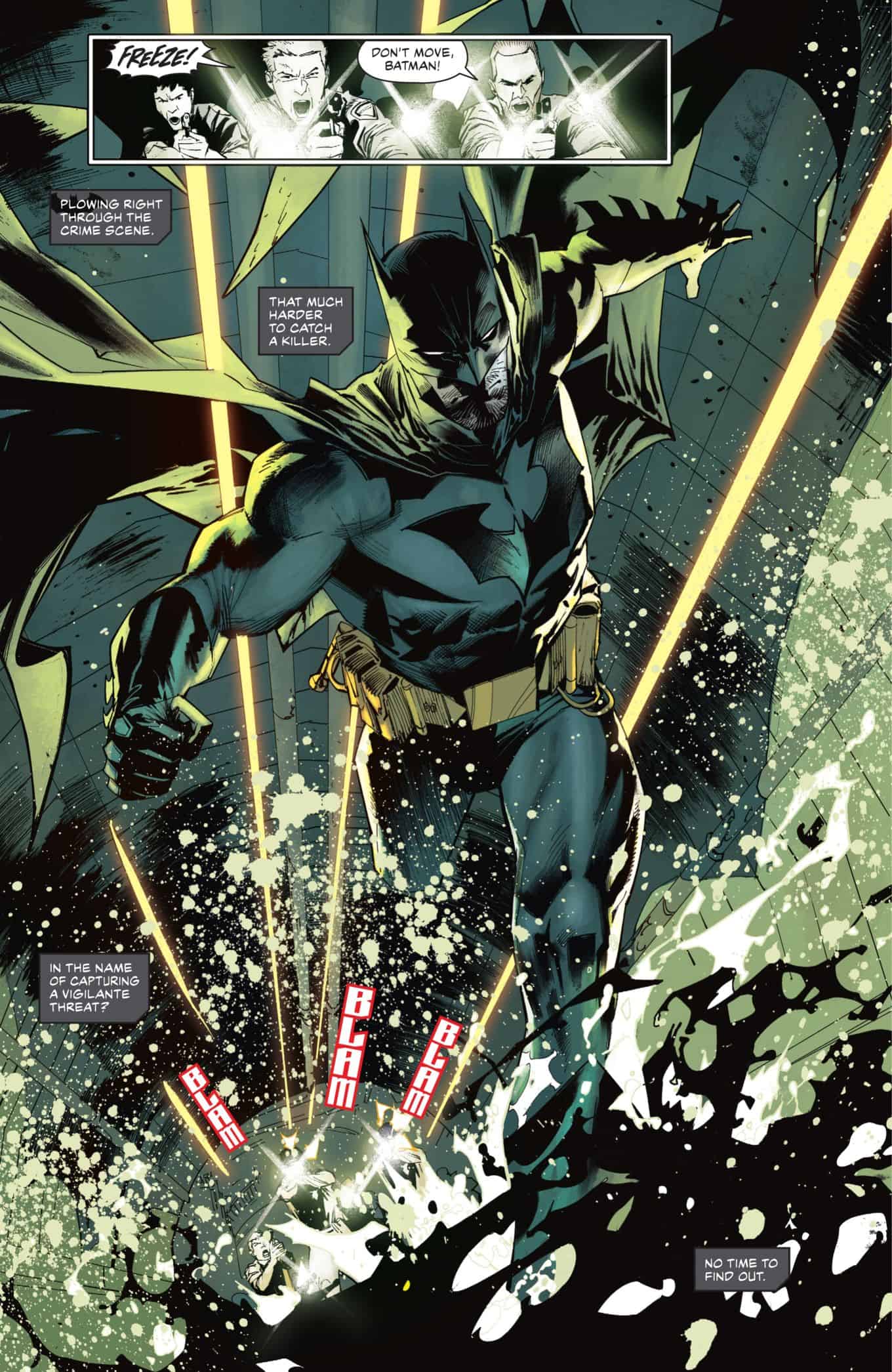 Later at his daughter’s funeral, Mr. Worth vows revenge and justice to whomever killed her. 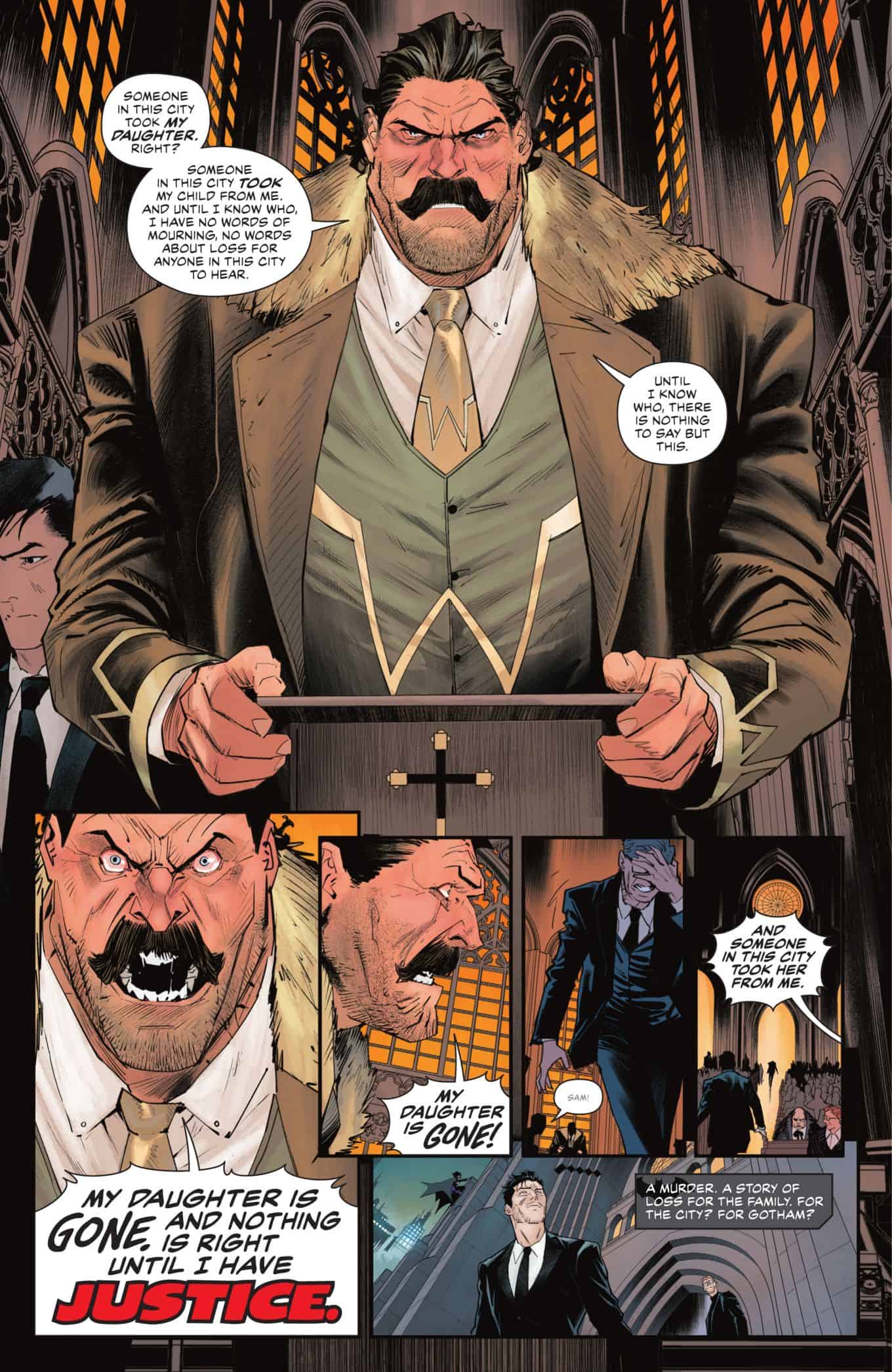 Batman tracks down Sarah’s partner Sam Term, but he almost seems possessed and is definitely unhinged. 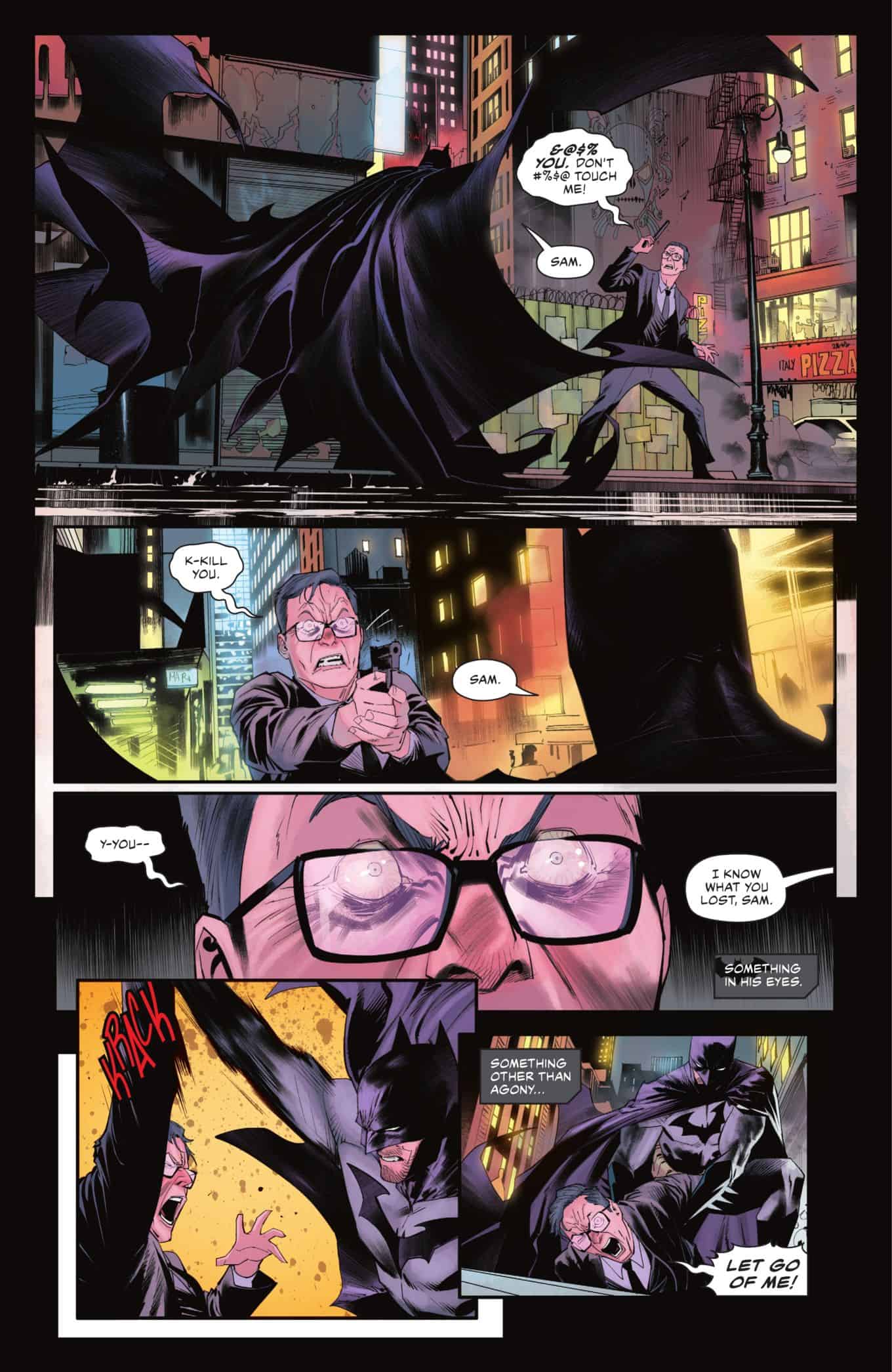 Elsewhere, Mayor Nakano’s speechwriter is undergoing mental health issues of his own. 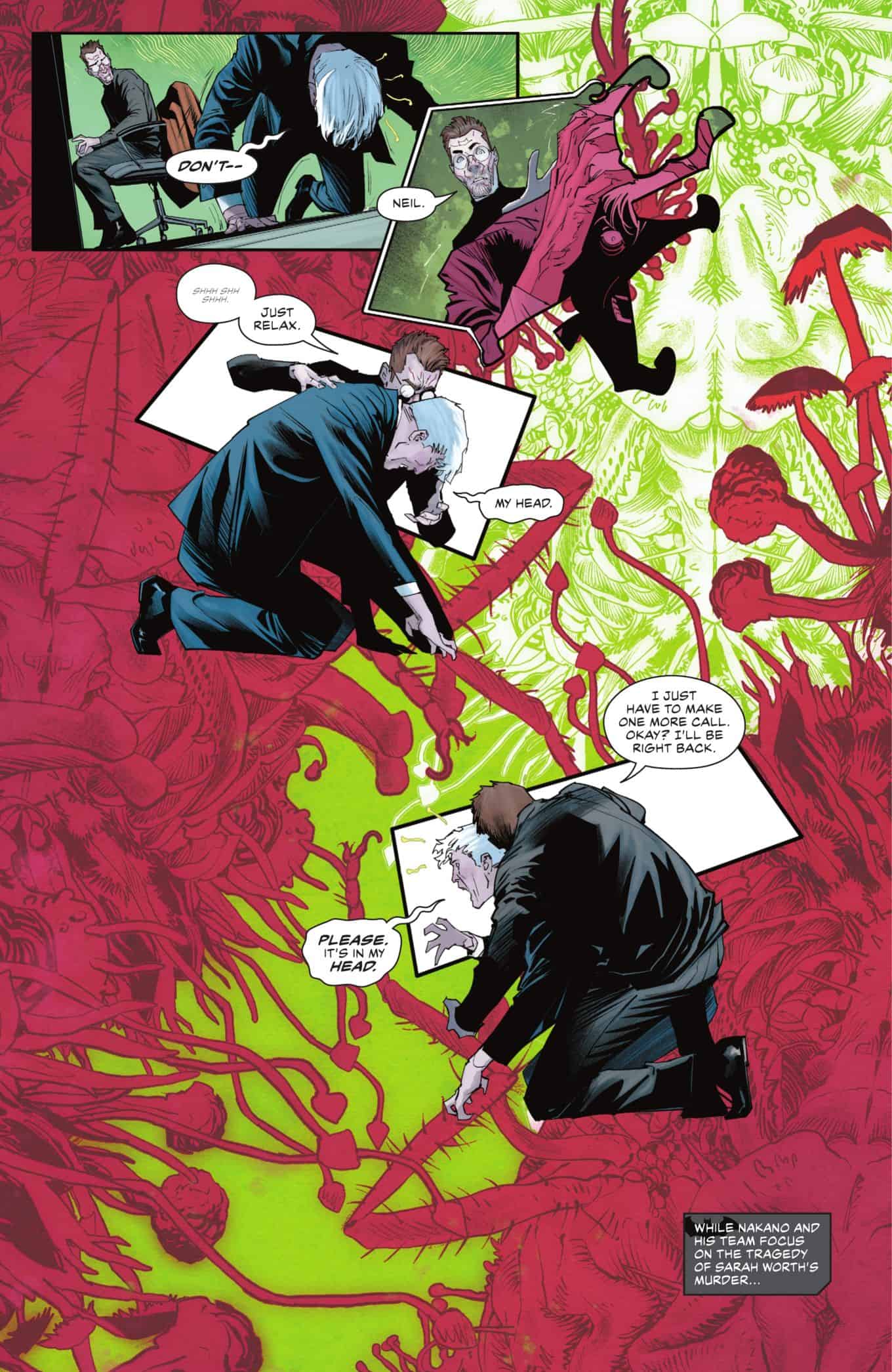 Huntress gets a cameo and is not just relegated to the back-up story. 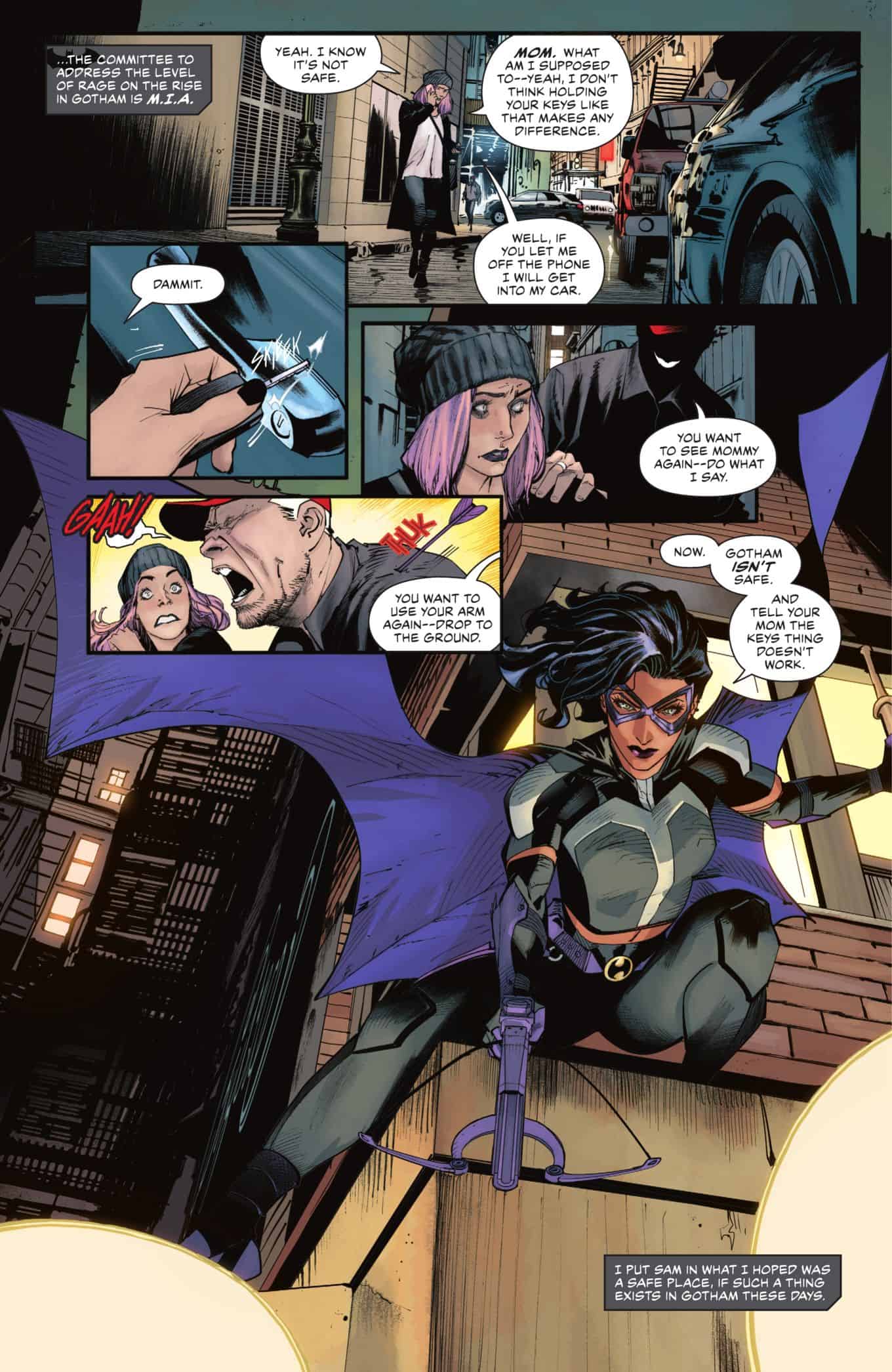 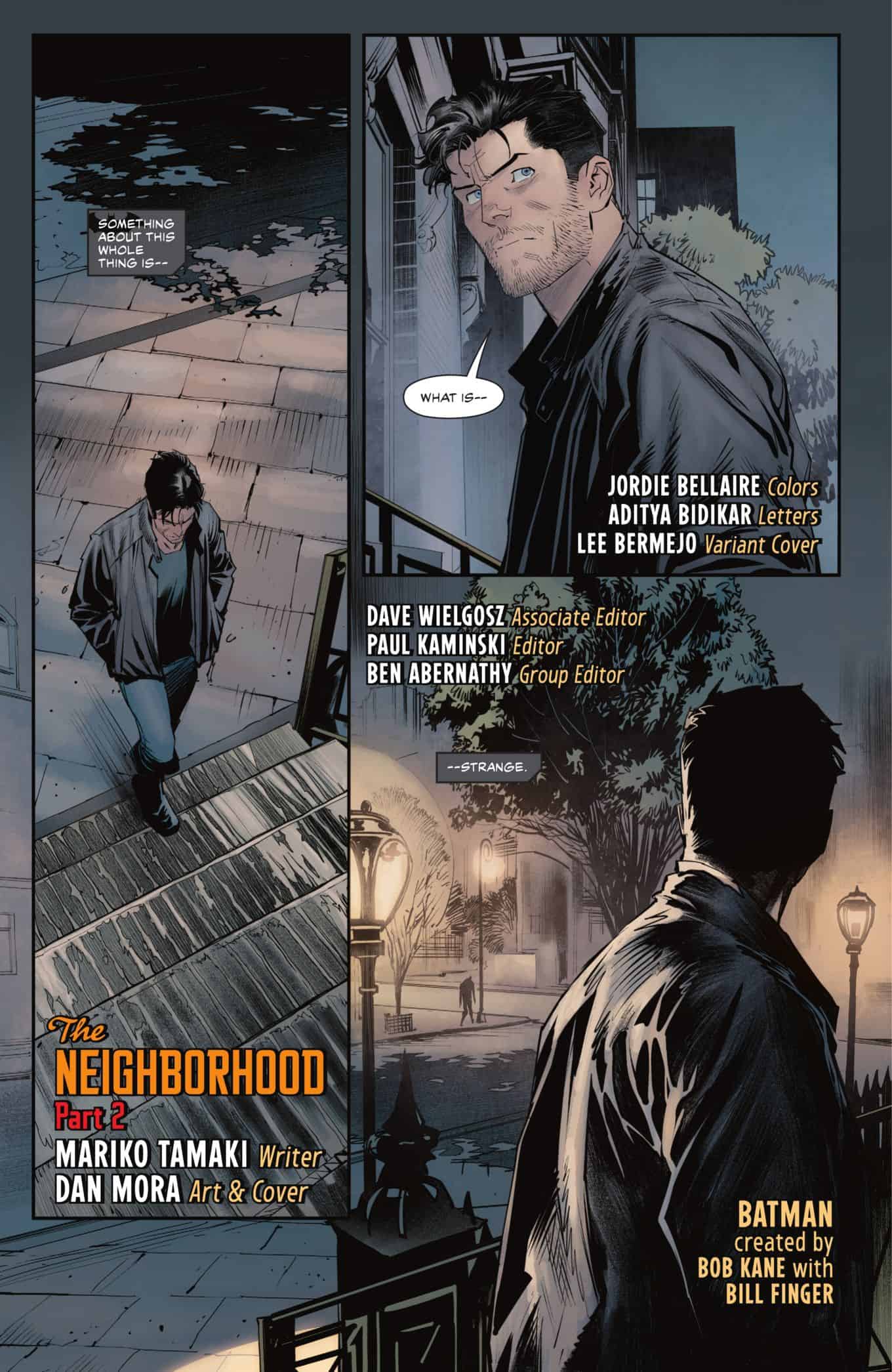 …be greeted by his dead neighbor Sarah Worth?! 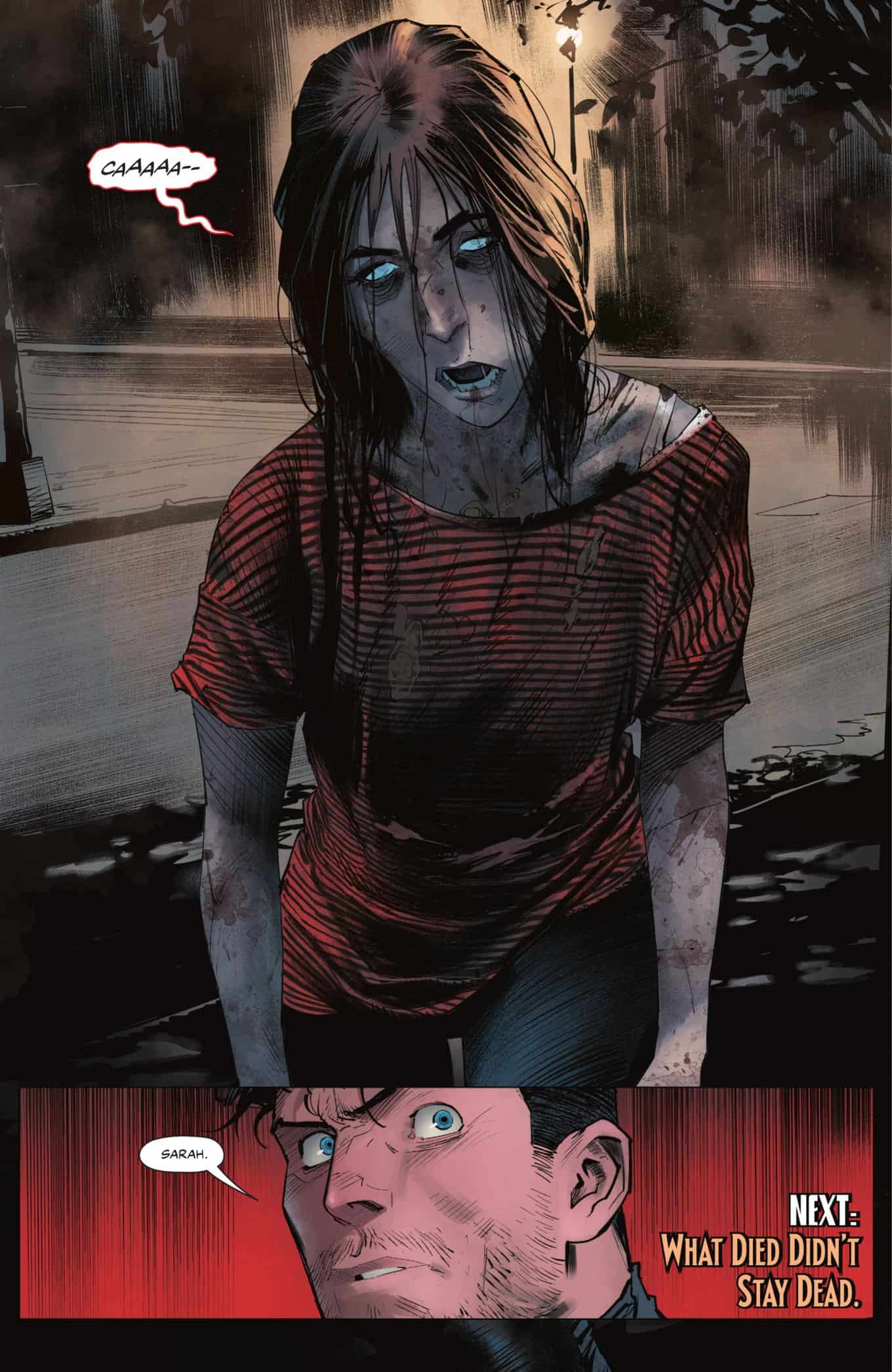 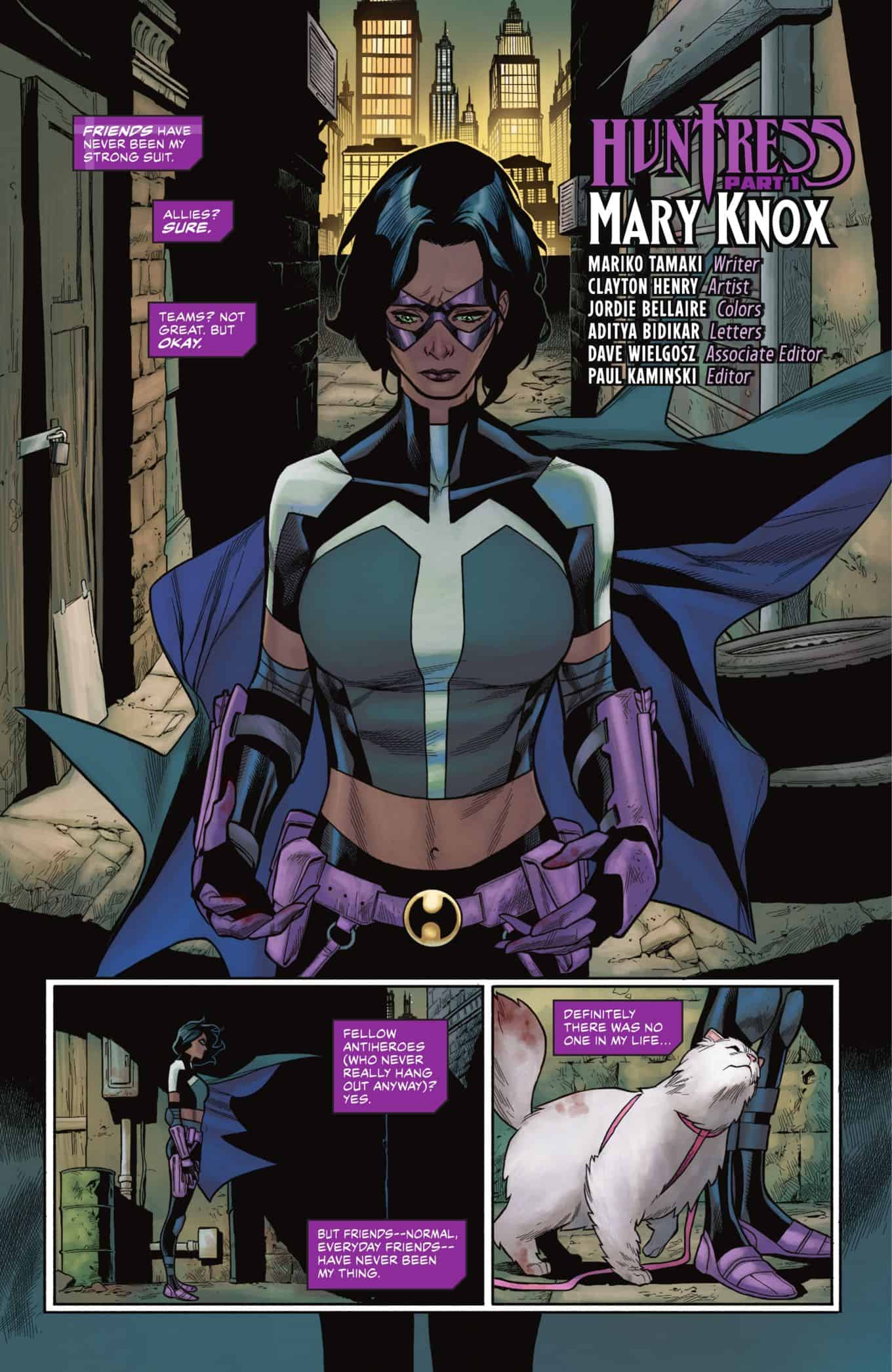 …on the trail of the killer who… 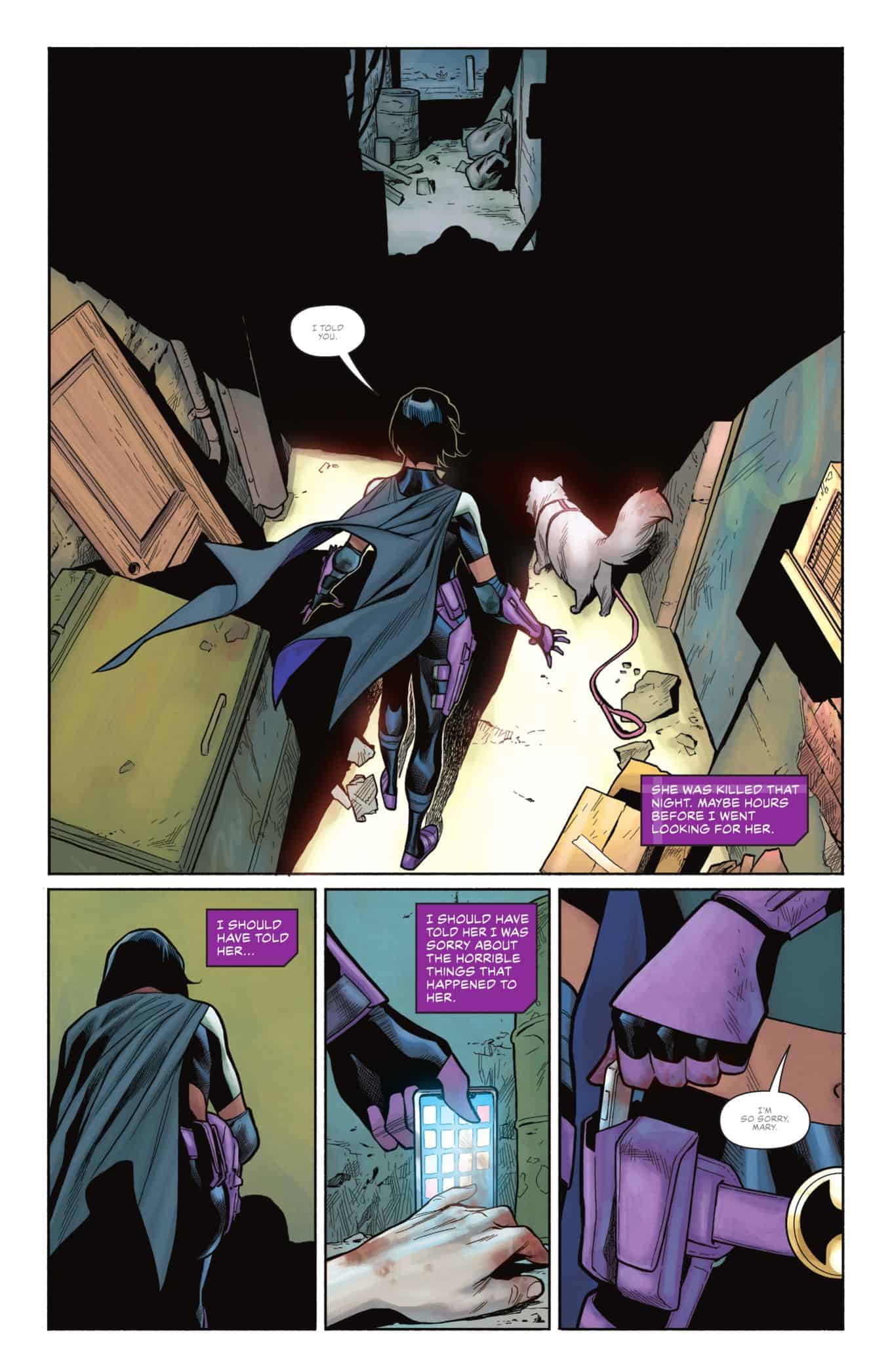 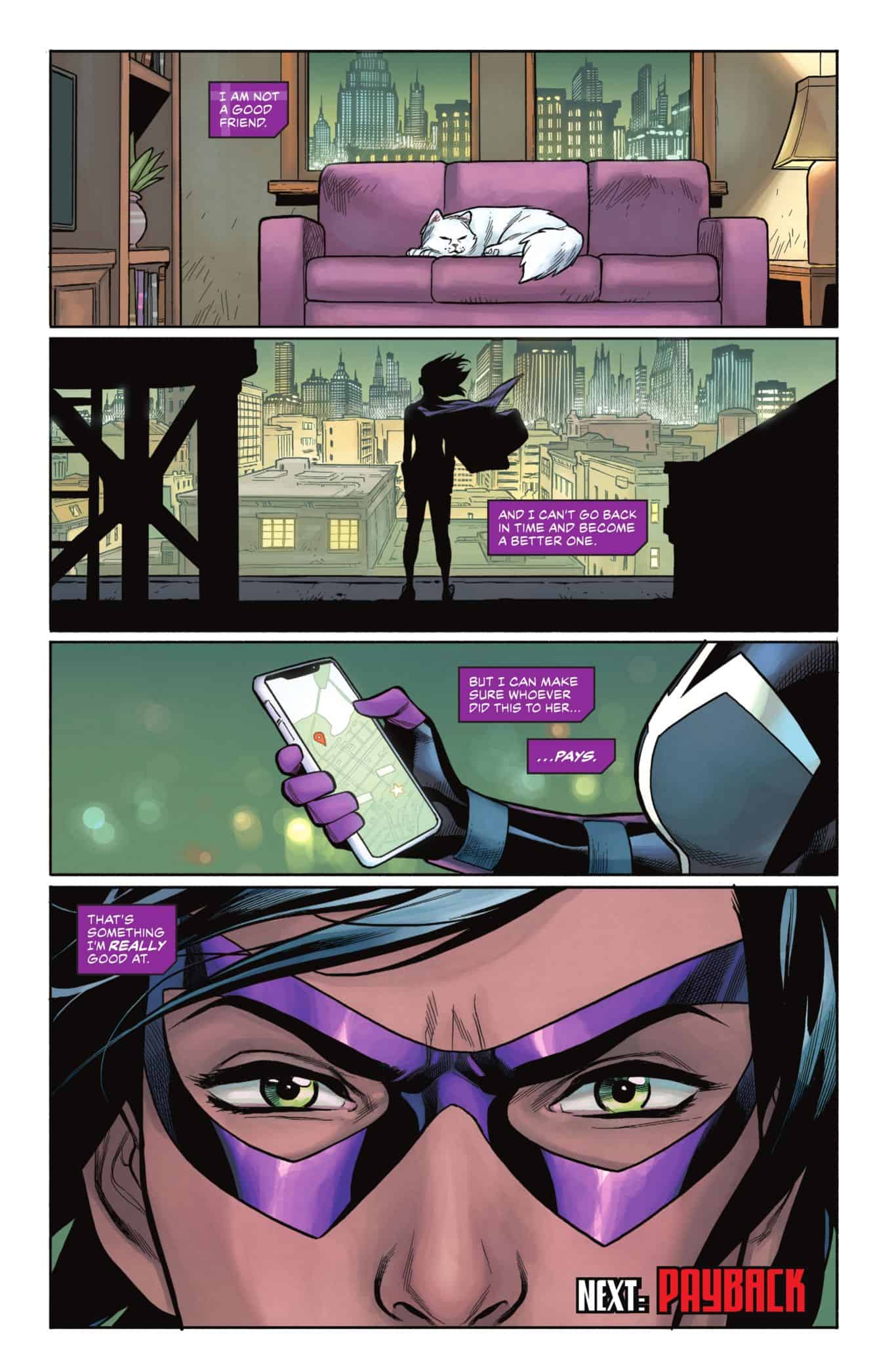 Both the main story and back-up focus on the “detective” part of this series. Murder mysteries that need solving. I am intrigued by both and curious about what is up with Sarah Worth and the Mayor’s speech writer. Solid art for both stories too. An entertaining read from cover to cover. 8 out of 10.