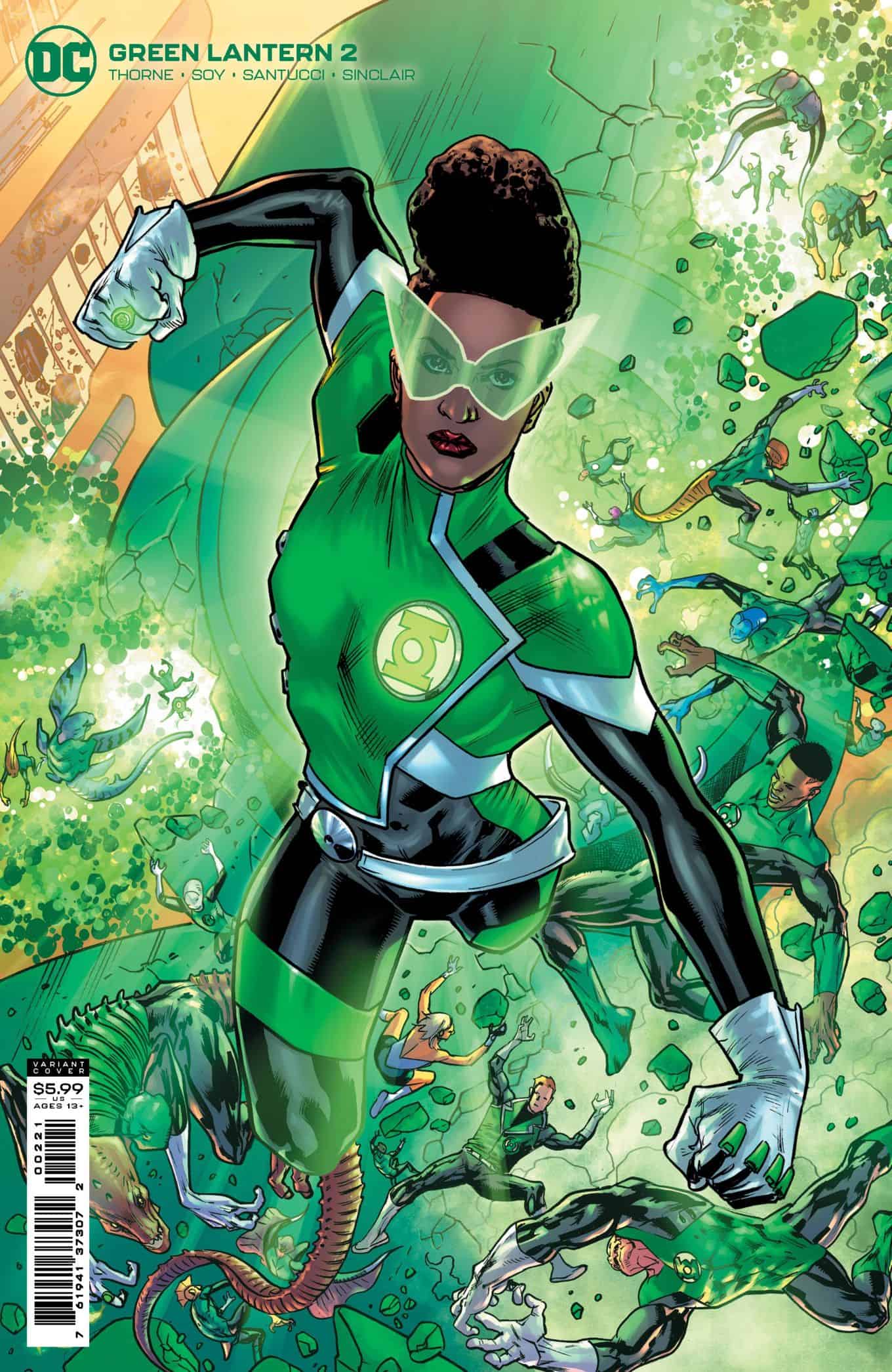 …Due To United Planets and Terrorism?! 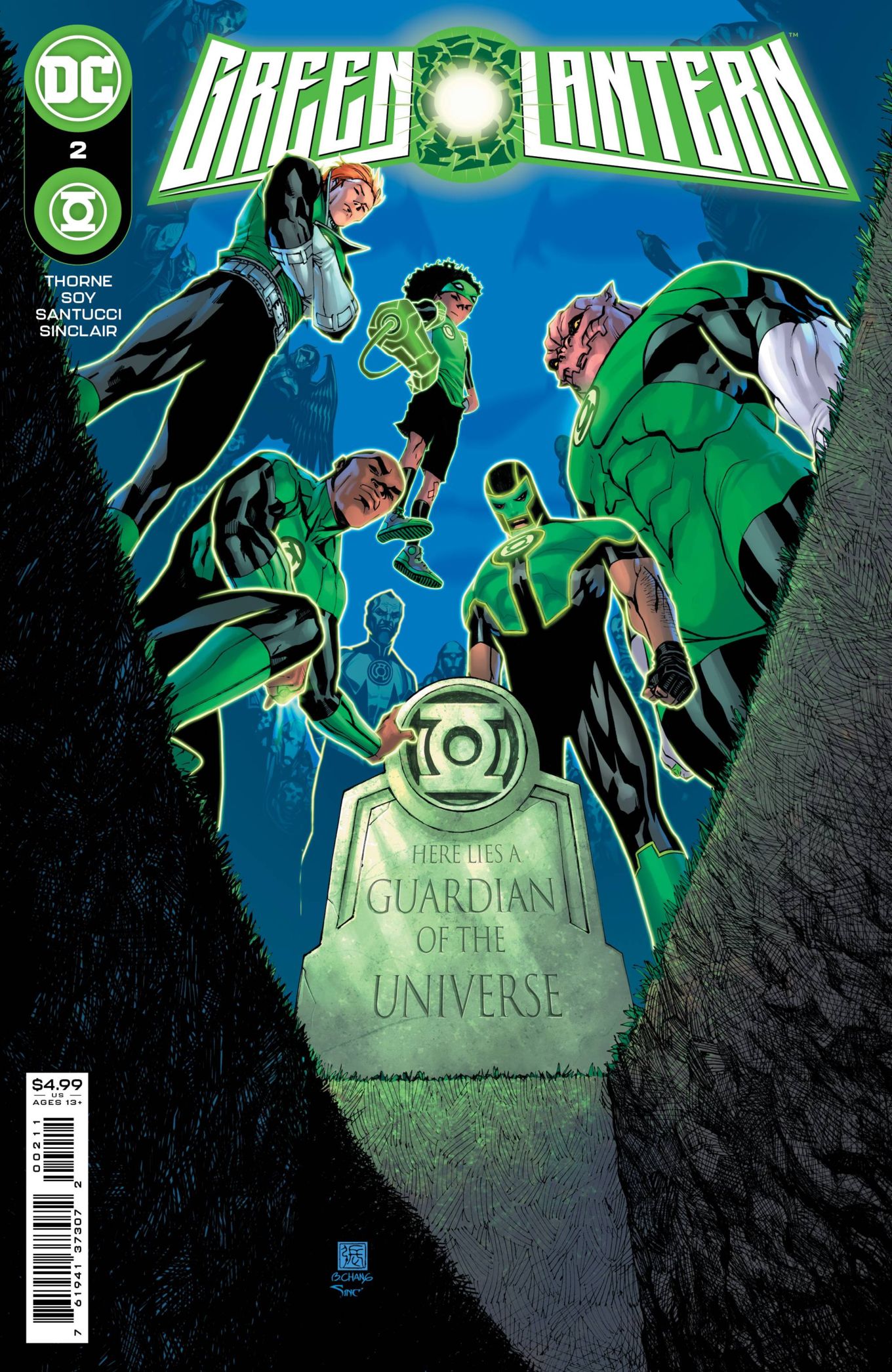 We open with “Corps Leader” John Stewart explaining to the Green Lantern Corps (GLC) what’s transpired in the last issue. 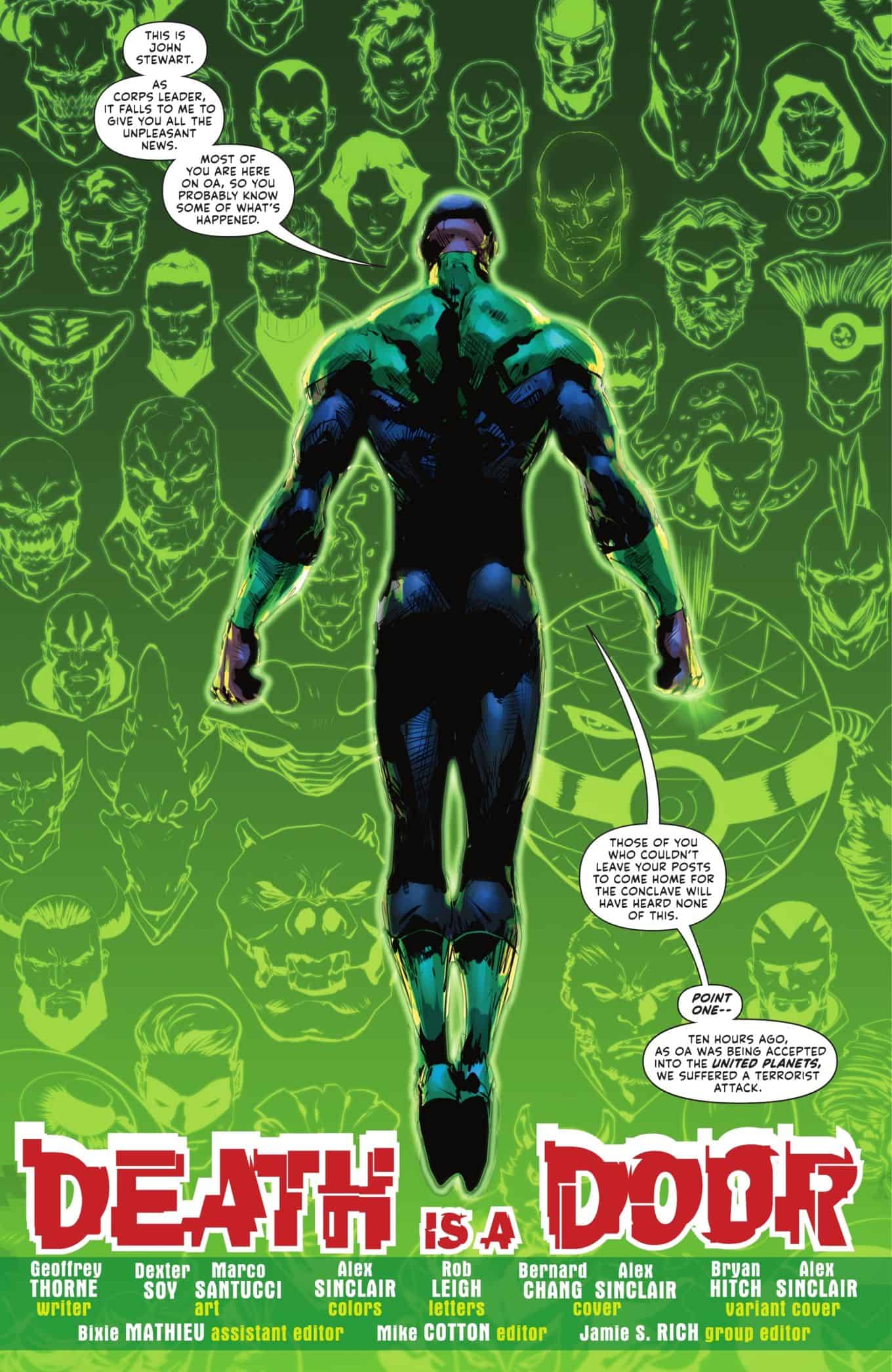 A terrorist attack whose perpetrators, harbingers of a magic age, have been captured and put in the Science Cells on Oa. 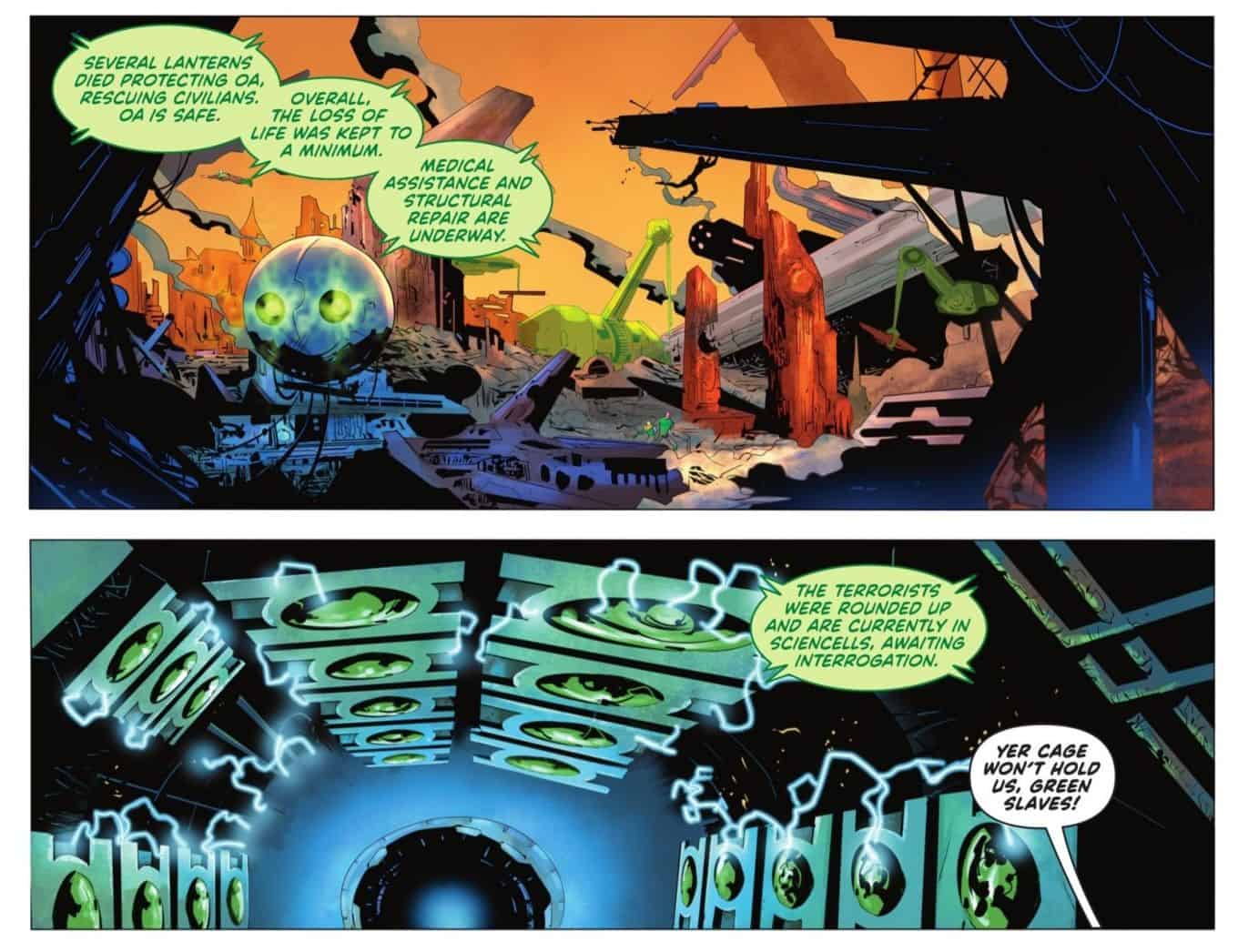 A second terrorist attack saw a Guardian of the Universe murdered.

Oa is now part of the United Planets, but we don’t know how that will change things yet; plus the GLC has a funeral to prepare and attend first.

A new Guardian of the Universe, not Ganthet, named Nemosyni now speaks for the Guardians and officiates the funeral that sees the dead Guardians corpse return to energy in the Giant Battery that fuels the Green Lantern Corps’ power rings. 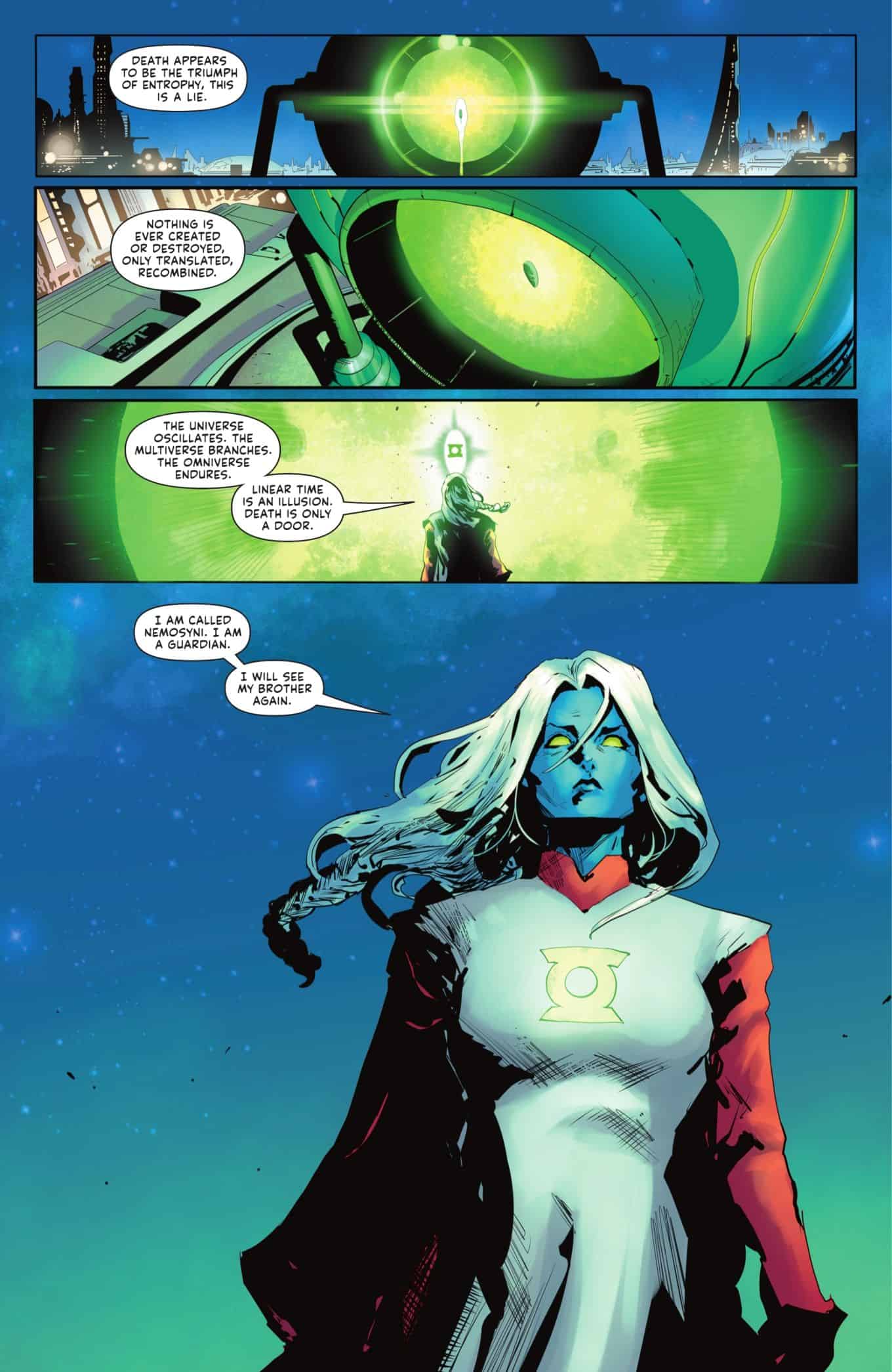 At the funeral, which is a bit indelicate as Guardians have been known to be, the whole GLC mythology changes…

…a 1/3 of the GLC sectors are wiped out with their Green Lanterns reassigned for assignments called Quest, Outrider and Crux.

…except for Guy Gardner and John Stewart. 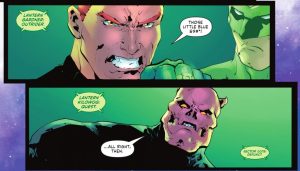 We don’t know what Gardner’s mission is, but Stewart will be the Quest leader into the Dark Sectors to explore them as there are a multitude of things barring the Guardians from seeing in including Hypertime. 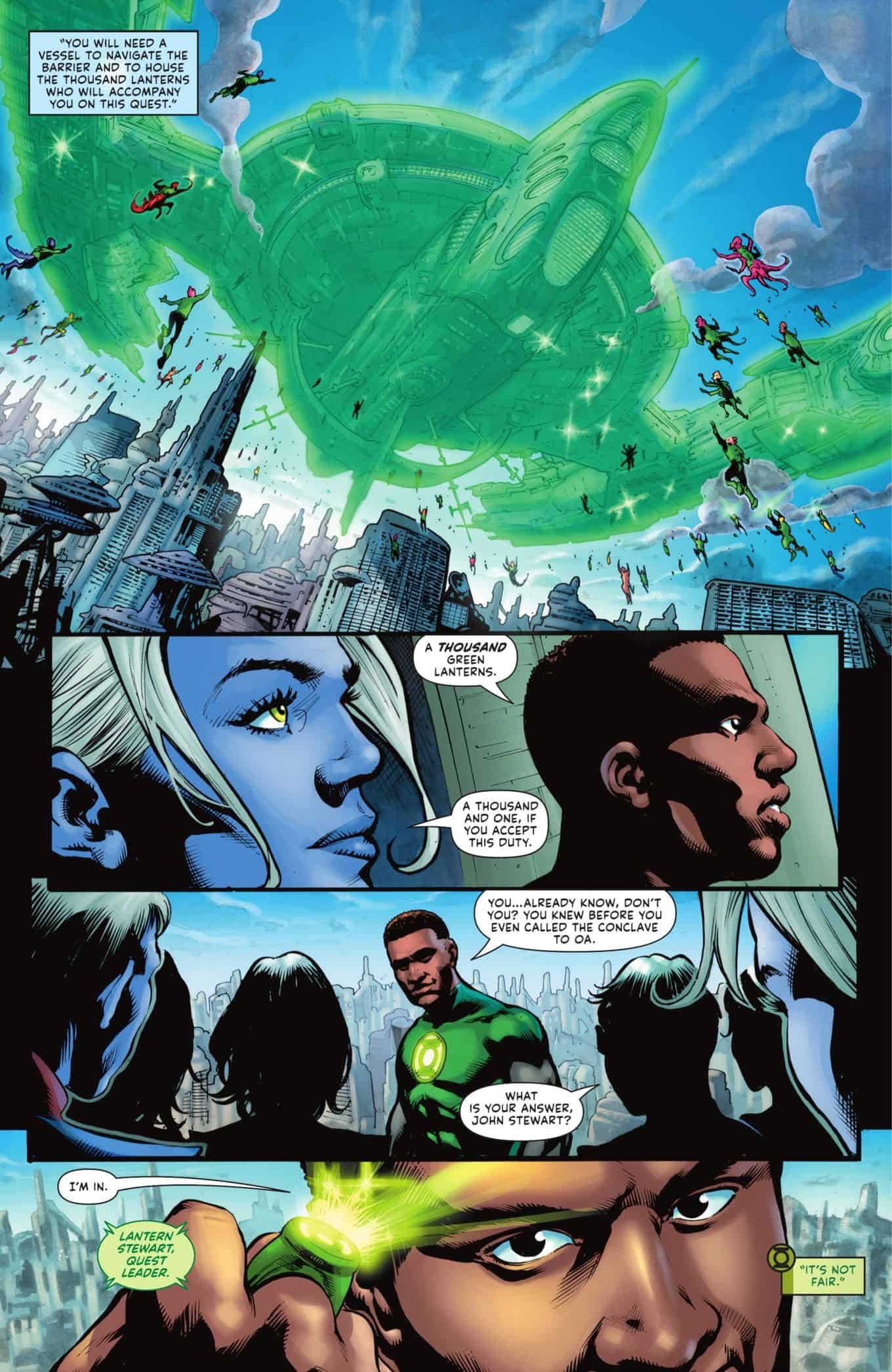 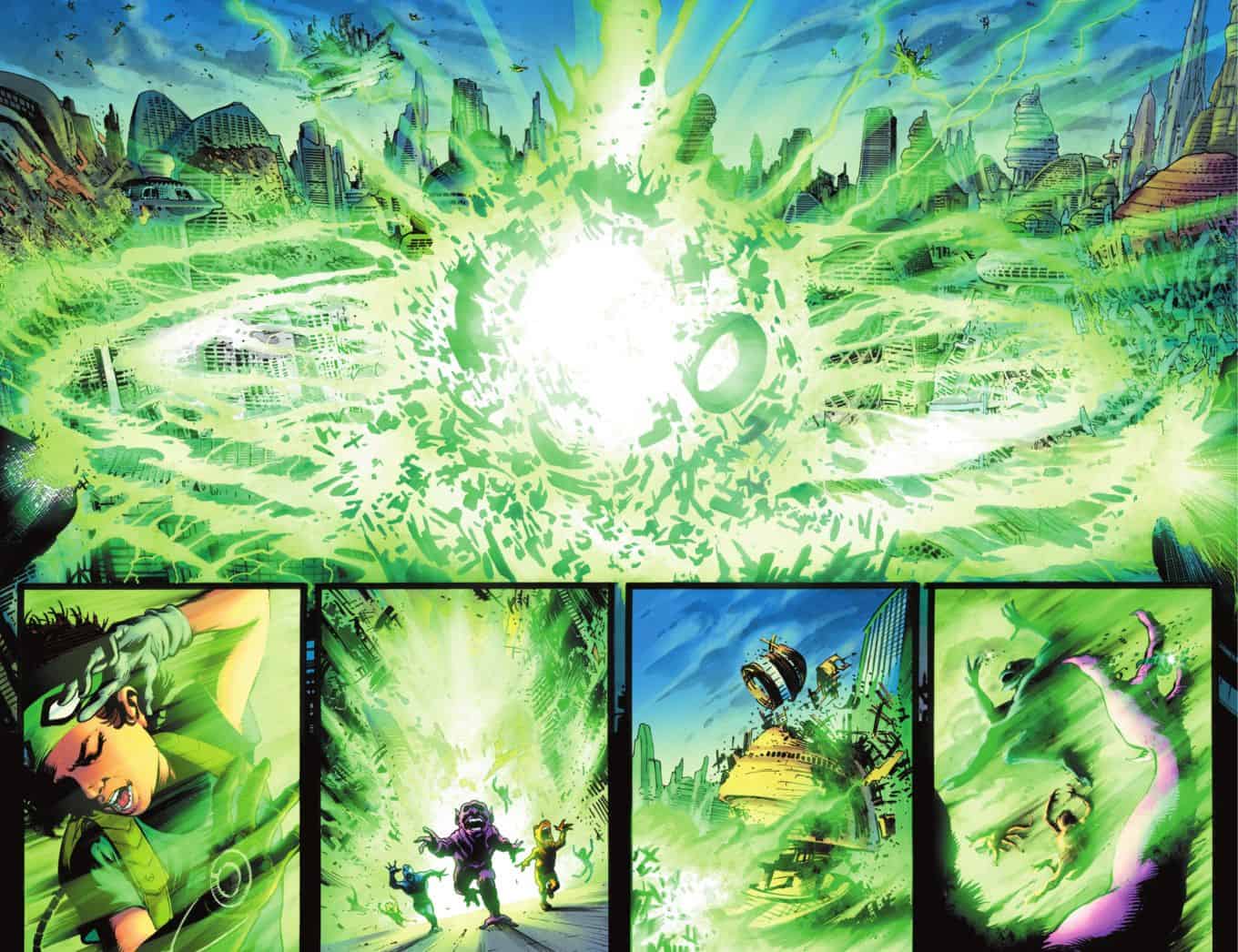 …a devastated Oa that felt and watched from all corners of the universe. 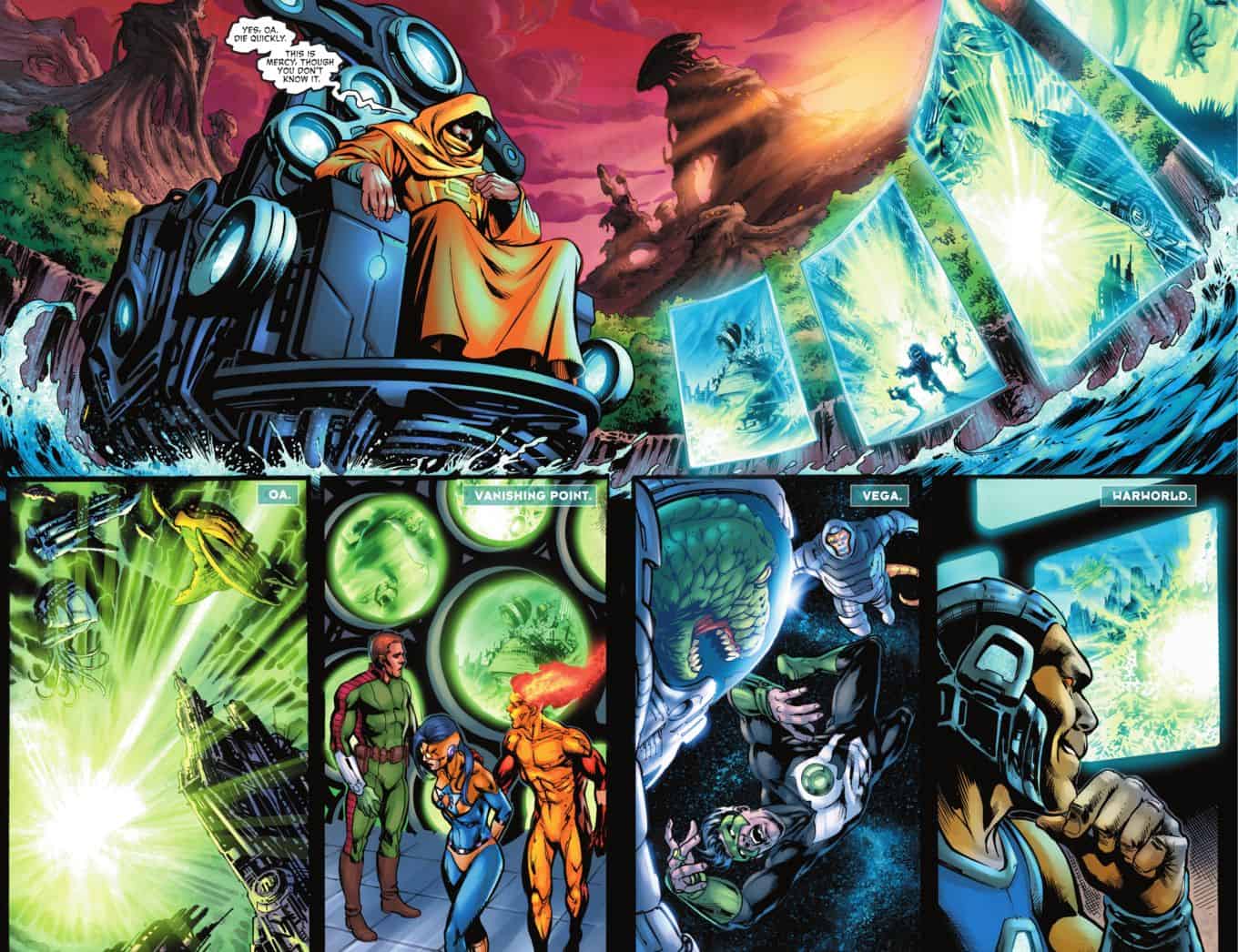 As Far Sector’s Sojourner Jo Mullein, an Earth born GL whose ring is different or experimental,  returns to Oa she finds all Green Lanterns dead with only Teen Lantern, not a GL, the only survivor. 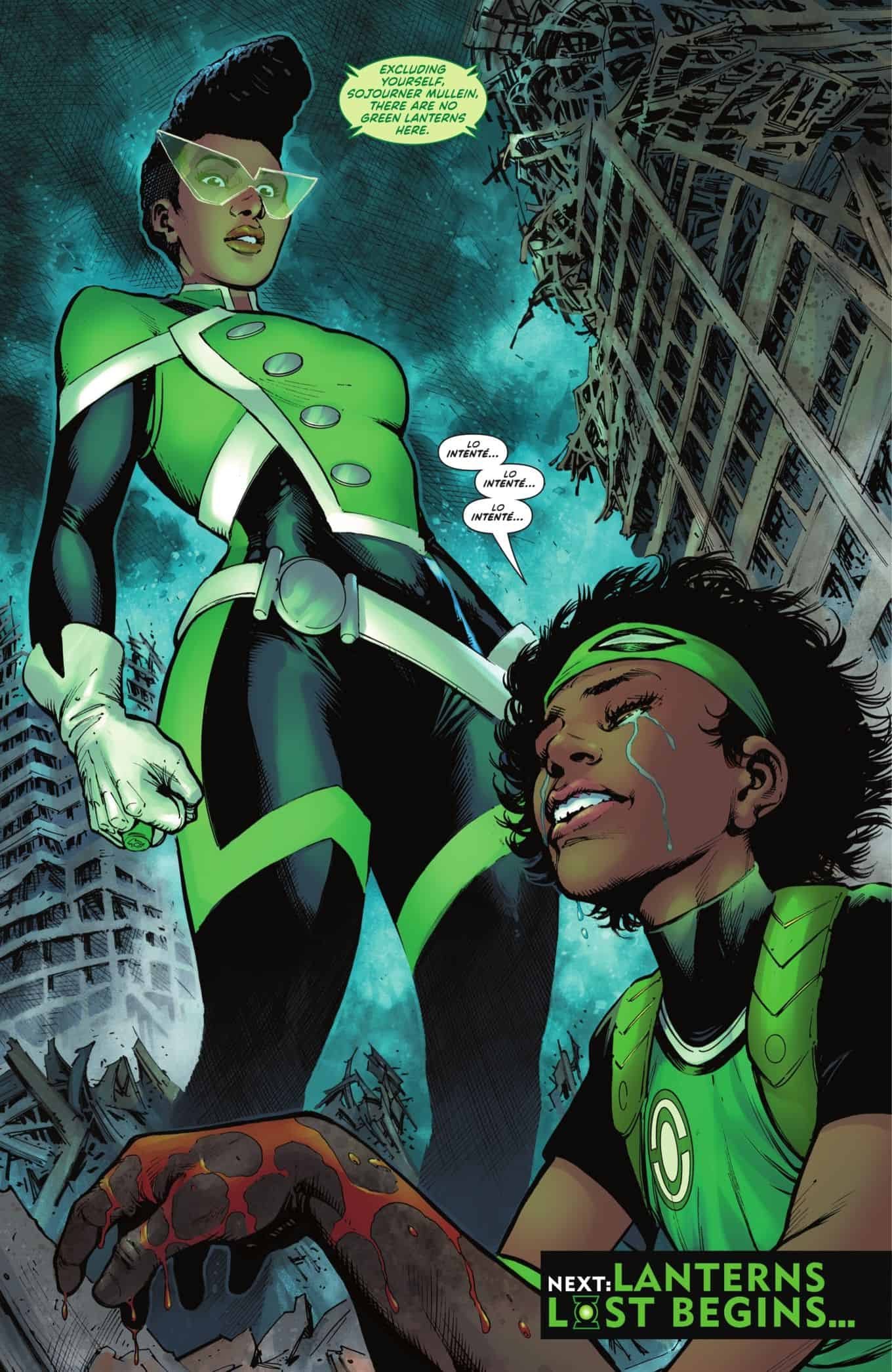 No word on what happened to Earth born Green Lantern Simon Baz who was seemingly assigned to look after the Crux world of Oa nor the terrorist prisoners in the Science Cells.

Lots of changes in this issue to the Green Lantern Corps possibly even setting up future series. Really will need to read this over-sized issue a few more times, but it was compelling stuff. No real spotlight in the issue beyond John Stewart, but the cliffhanger has me hopeful. Decent art too. 7 out of 10.