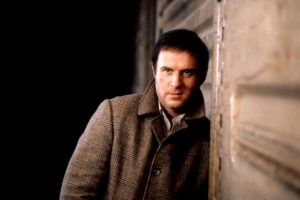 Charles Grodin, The Heartbreak Kid and Beethoven Star, Dead at 86

Charles Grodin, who starred in popular films like The Heartbreak Kid and Beethoven, is dead at the age of 86.

The actor died on Tuesday at his home in Wilton, Connecticut, the New York Times reported.

The cause of death was bone marrow cancer, his son Nicholas confirmed to the NYT.

A familiar face onscreen and on the stage, Grodin was known for his versatility and comedic chops, and acted in supporting and lead roles in classic films like Catch-22, The Heartbreak Kid, Midnight Run, Beethoven and more.

The Pittsburgh native had his big screen break in the 1968 horror film Rosemary’s Baby, playing Mia Farrow’s obstetrician Dr. C.C. Hill, who unknowingly turns her over to a coven of witches.

Soon after, Grodin played the lead in the 1972 romantic comedy The Heartbreak Kid. Written by Neil Simon and directed by Elaine May, the movie solidified the actor’s signature perplexed and deadpan comedic style, and earned him a Golden Globe nomination. 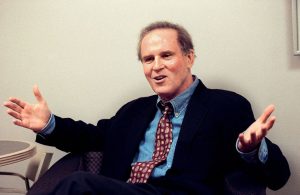 The star made his Broadway debut in 1962’s Tchin Tchin, and tried his hand at directing with the 1968 play Lovers and Other Strangers.

Grodin’s career saw an uptick in 1988 when he acted opposite Robert De Niro in the hit action comedy Midnight Run. In a statement to PEOPLE, De Niro said, “Chuck was as good a person as he was an actor. Midnight Run was a great project to work on, and Chuck made it an even better one. He will be missed. I am very very sad to hear of his passing.”

In 1992, Grodin took up the role of crotchety father George Newton in the family favorite film Beethoven.

The actor also had a brief stint as a talk show host in the 1990s, and frequently graced late night shows like The Tonight Show Starring Johnny Carson and Late Night With David Letterman with his witty humor and endearing back-and-forths with the hosts.

Grodin delved into writing during his career, penning numerous plays and books. In 1977, he won a Primetime Emmy Award for Outstanding Writing for a Variety Special in 1978 for the Paul Simon Special.

Recently, Grodin had a recurring role as Carl Shapiro in ABC’s 2016 miniseries Madoff, and was seen in his final movie An Imperfect Murder in 2017.

On behalf of the IP team, I offer our condolences to the family, friends and fans of Charles Grodin.