…An Army Of Deathstroke (Plural)?!

Despite the solicitations that follow, Green Arrow is part of a third active DC Comics super-hero team not two as noted below. 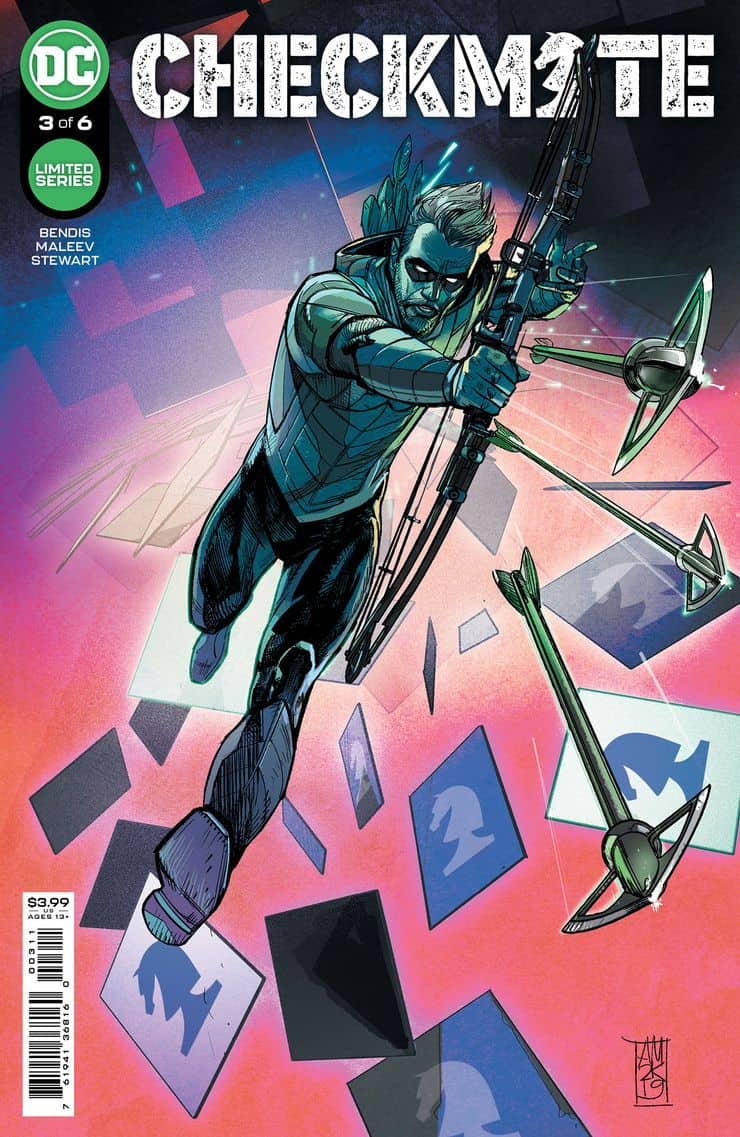 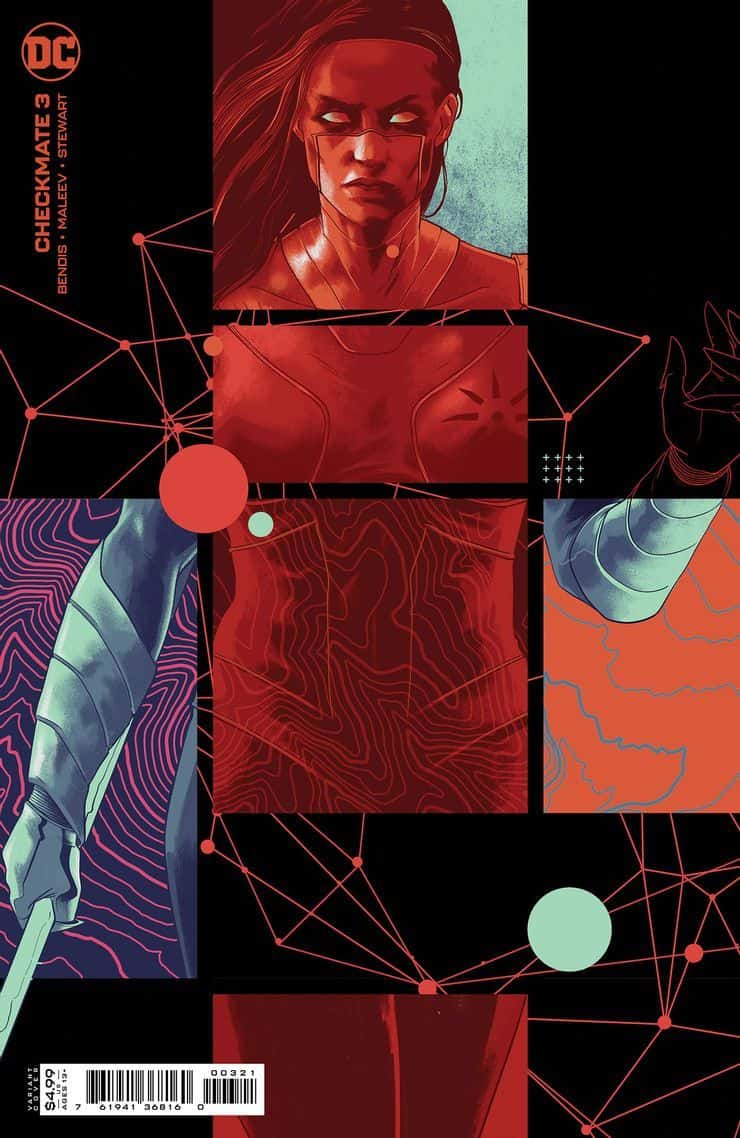 All-new story! As the super-spies try to keep Leviathan from getting its hands on the Heroes Network, Lois Lane does her best to get to the bottom of the new truths in front of her. Meanwhile, her husband—the Man of Steel—has had just about enough of Leviathan. That’s right, finally! The man behind the rise of Leviathan, Mark Shaw, and Superman clash! Plus: Who is Mr. King really? Guest-starring Robin and Talia al Ghul! And Superman.

The Hall of Justice has been invaded by the cosmic threat of the Synmar Utopica, and it will take the full force of the United Planets, led by Superman, to defeat it without destroying Earth in the process. Meanwhile, the secrets of Checkmate are being whispered among the Justice League, and that spells trouble for Green Arrow and Black Canary. All this, and guest star Deathstroke!

Meanwhile in Gotham, Batman stands watch as the Eternal Knight continues her quest through the maze of Randir Singh’s mind. And she’s not the only one lost within it! But where is the Justice League Dark in all of this? Under the sea in the lost city of Atlantis! Merlin is ready to rule, and it’s up to Aquaman and this band of magical misfits to save the entire kingdom!

It’s the Justice League versus the United Order as the truth that gives power to this new cosmic super team crosses a line that the Justice League cannot allow. Will there even be a United Planets after this thunderous clash of intergalactic superpowers? Also, Green Arrow must come to terms with his responsibilities to both Checkmate and the League. Ollie may have to pick which path to follow, but what does it mean for the future of the League if the guy paying the bills has to bail?
The Silent School used their magic for years to protect Atlantis from all kinds of invaders, but nothing prepared them for the most powerful sorcerer ever…Merlin! Luckily, the Justice League Dark arrives to turn the tide of the battle. However, they’re not fighting at full strength. Zatanna is harboring a dark secret, and if she unleashes her magic, it could drown everyone!

Across the globe people begin disappearing, replaced with different but similar individuals. So where is Superman and who is this new monstrous Overman?! In order to get to the bottom of what’s happening, the Justice League will need to first take down the new villain! And what horrors are revealed in the twisted mirror room?!