DC Comics & September 2021 Solicitations Spoilers: Bring On The Bad Guys With 10 Series From Joker To Suicide Squad & Everything In Between!

Bring On The Bad Guys With 10 Series From Joker To Suicide Squad and Everything In Between!

Gordon must get to Joker ahead of the Sampsons, but has the Clown Prince set an ambush for his pursuers? Plus, Barbara fights for her life after her introduction to the new Talon!

Punchline backup: The search for Kelly Ness—Punchline’s former friend who is also in Blackgate Penitentiary—begins.

The mystery grows! With The Joker still in police custody for a murder he didn’t commit, it’s the perfect time for him to continue his tales of the twisted treasure hunt with Black Mask’s sojourn to the Siberian Sea and Harley Quinn bringing her over-the-top adventure underground.

The startling conclusion of this Black Label epic rockets to its surprising, yet inevitable, confrontation between The Joker and the Suicide Squad. With Red Hood wondering who he can trust as he’s forced to team up with Harley Quinn and other rogues against the Clown Prince of Crime, one last betrayal changes everything before the final page.

Amanda Waller pulls in her newest recruit to Task Force X: the unstoppable and outstanding Ambush Bug! With a mission that literally takes the Squad to hell and back, the sometimes fourth-wall-breaking hero may be the team’s only chance at survival. Embarking on a quest to gain access to the Rock of Eternity, the Squad must also face the threat of Rick Flag, who’s on the hunt for Waller’s head.

Broken and untethered from the Green, the Swamp Thing is on the run and being hunted by the Suicide Squad, deep in the forests of Kaziranga. Having learned about the true nature of the Green, Levi Kamei knows that if he is to make it out alive and regain his powers, he must choose to embrace the memory of the events that made him the new avatar of the Green—no matter how painful. But time is running out, and Levi must make his choice, as an old nightmare now stalks his steps.

On leave from the Suicide Squad, King Shark and unfortunate tagalong the Defacer get swept into a mystical tournament for totemic animal spirits at the behest of King Shark’s father, the god of sharks! Now King Shark must battle brutal warriors like Queen Tiger, King Roach, Prince Nematode, Princess Peregrine, and the terrifying Man King to finally attain his destiny and make his dour dad proud! 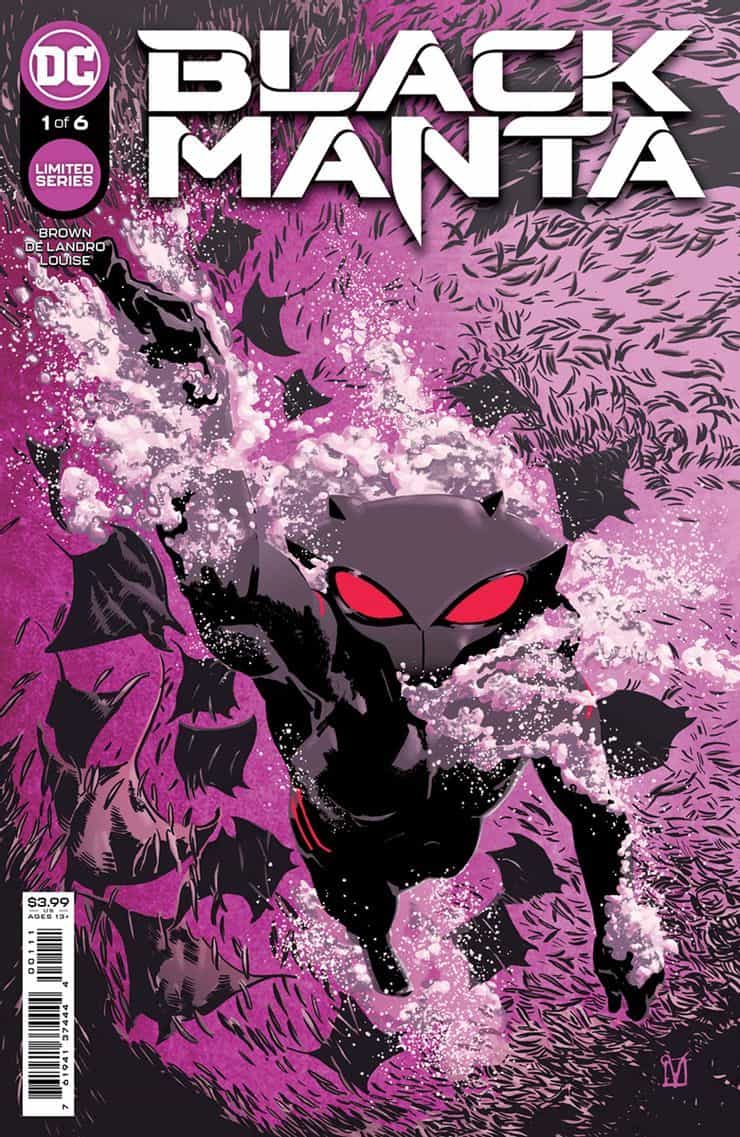 Following his appearance in the Aquaman 80th Anniversary 100-Page Super Spectacular, the scourge of the seas now gets his own series. Black Manta is chasing a rare metal with incredible powers, and he’s not the only one who wants to get his hands on it, friend and foe alike! Torrid is a former ally who has escaped hell (literally!) to answer the call of the metal, but can Manta trust her? Hopefully so because he might need her help to fend off Devil Ray, a new competitor for the role of the biggest villain underwater.
Both Aquaman: The Becoming #1 and Black Manta #1 feature a connecting variant cover by superstar artist Francis Manapul! 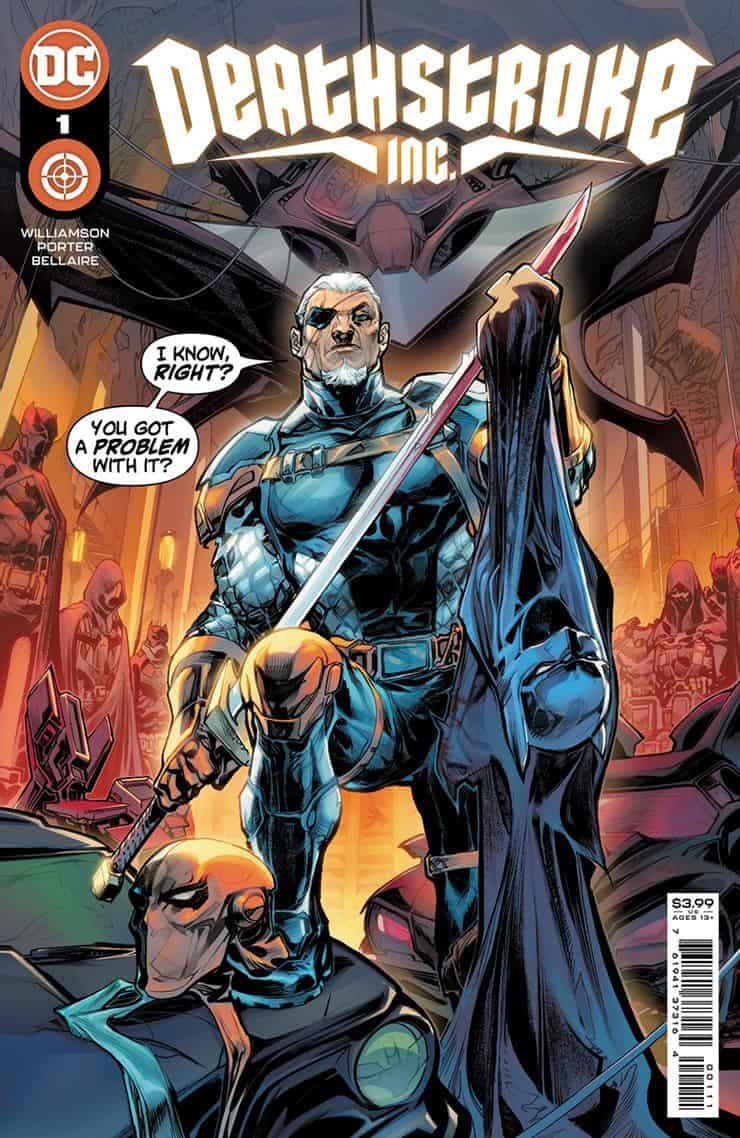 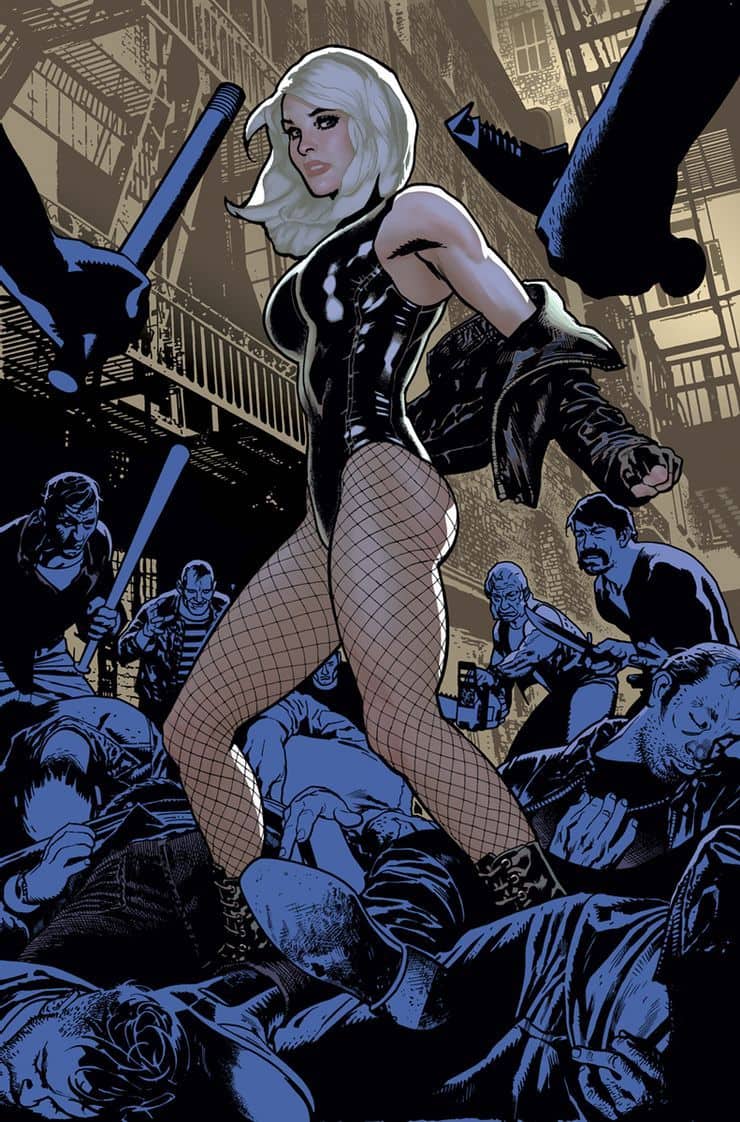 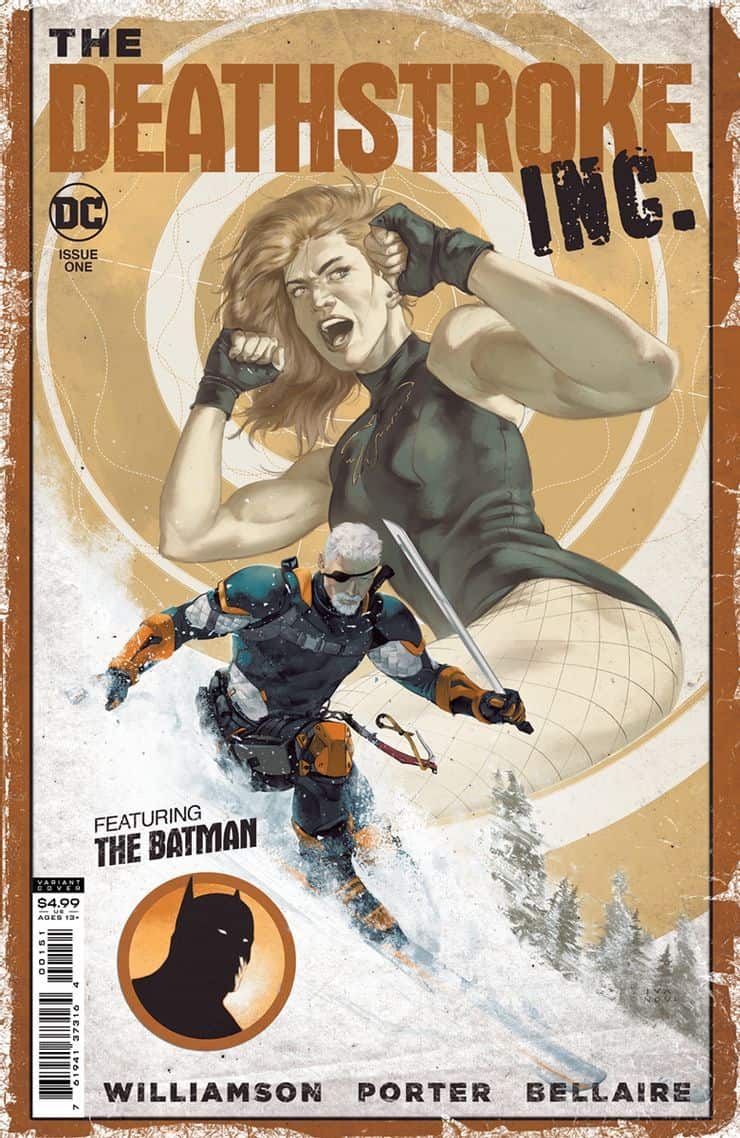 After suffering too many losses, Slade Wilson decides it’s time for a change. When he’s enlisted to work with an ages-old secret organization called T.R.U.S.T. who want to take down the heavy-hitter villains, he’s all in. They’ll supply him with an all-new team and resources for his new mission into the depths of the weirdest parts of the DCU, including a new partner…Black Canary! 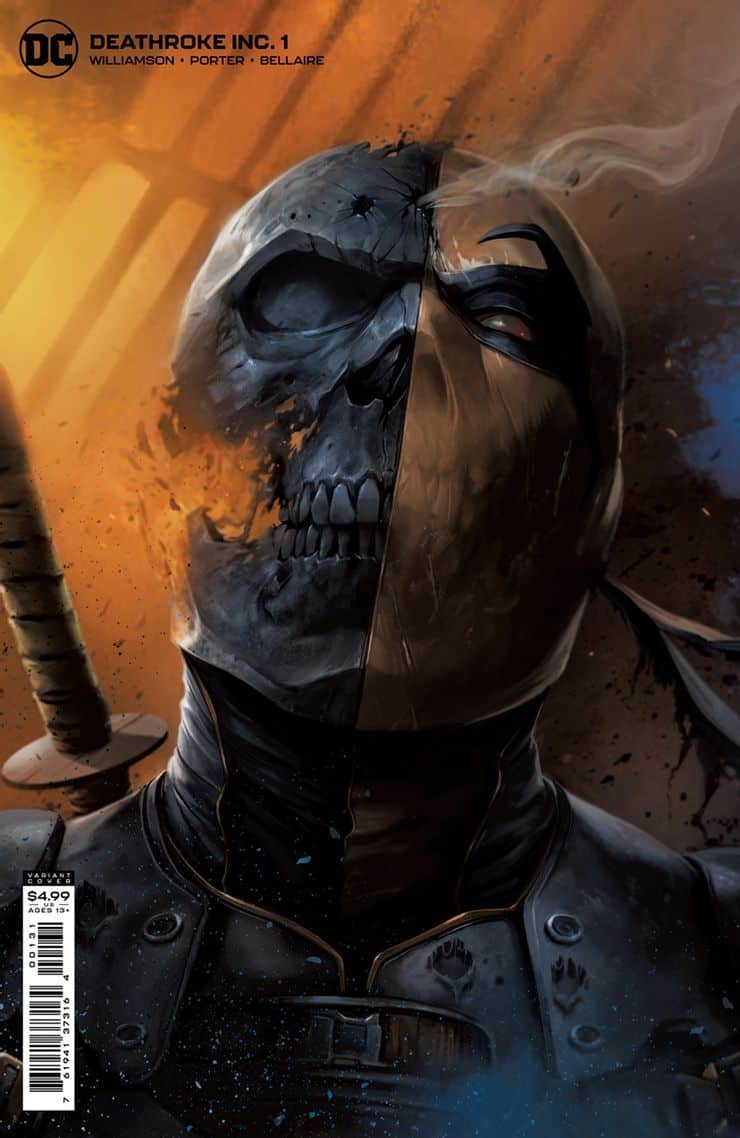 Wait what?! Enjoy explosions, kick-ass action, and new outrageous adventures as DC’s meanest S.O.B. gets tangled up in a major mystery building in the shadows of the DCU. 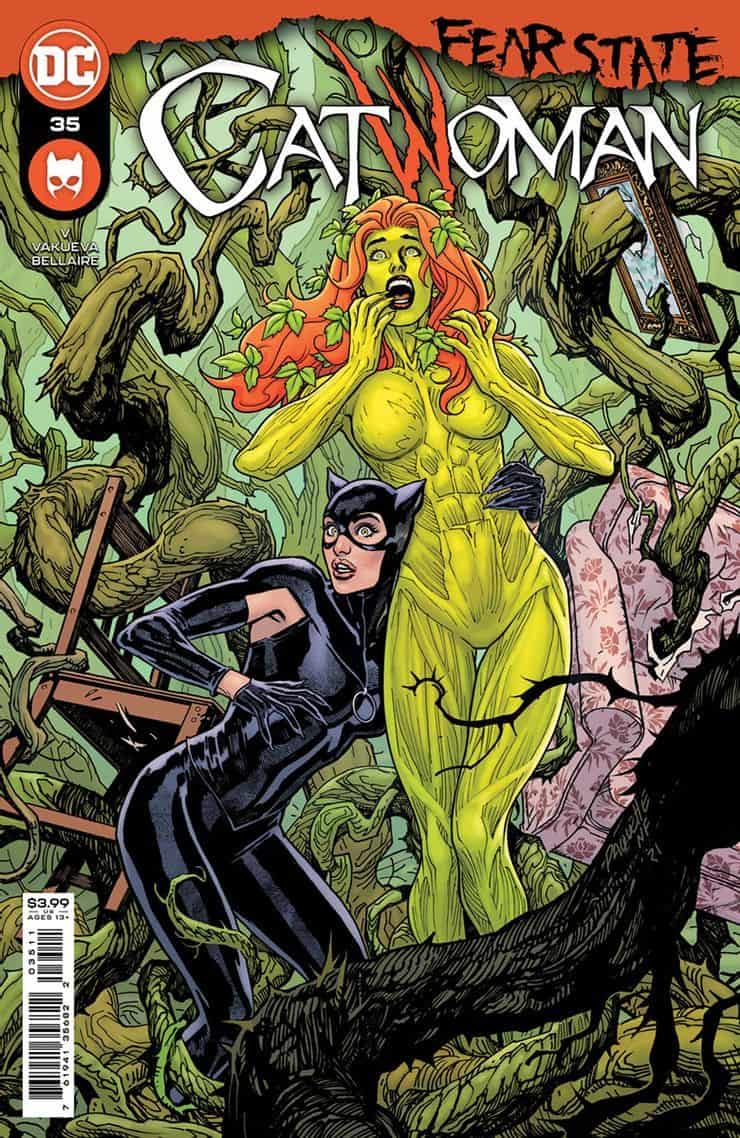 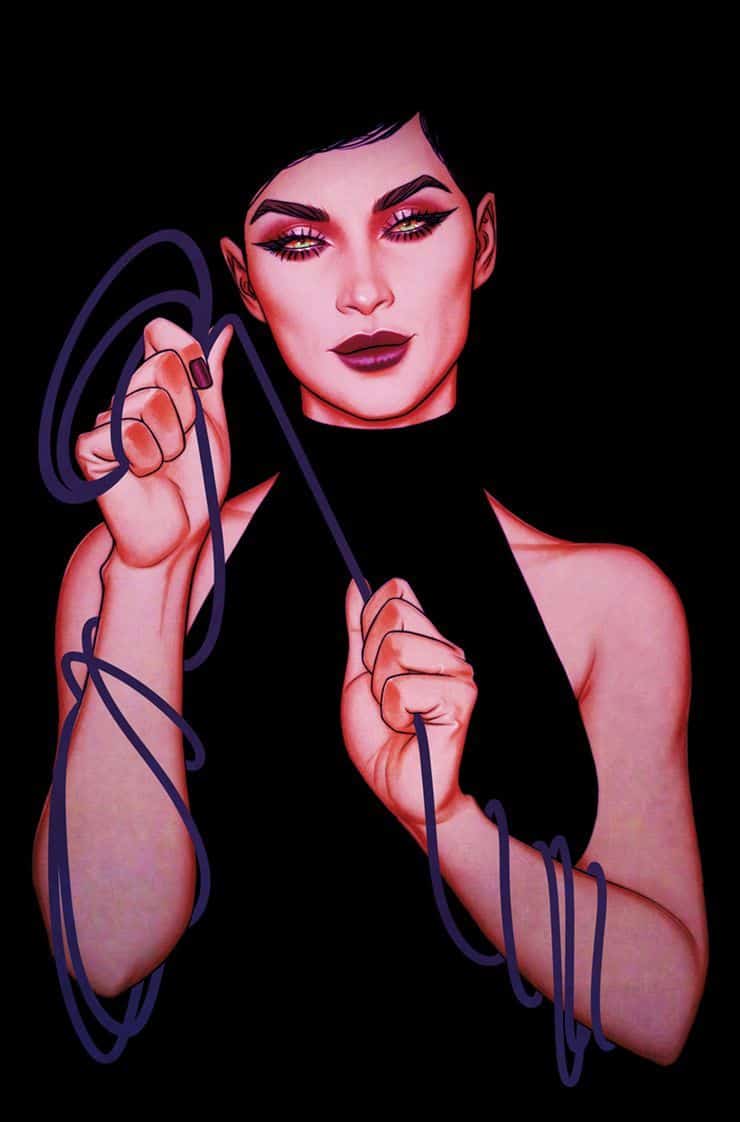 The Strays disable the Magistrate’s communication around Alleytown and replace it with their own ramshackle network. Harley Quinn believes Ivy is the key to helping the city, so she and the Gardener start heading to Alleytown to track down Catwoman and retrieve Ivy.

Heya, folks, Harley Quinn here! In case you all haven’t noticed…things have been a little wild lately. Hugo Strange, out-of-control orderlies, kidnapped clowns, and a new villain named Keepsake…it’s a lot for any one former villain turned antihero turned real hero with impeccable fashion sense to handle. I’m talkin’ about ME if that wasn’t clear. With all the Fear State happening in Gotham, I thought it would be a good time to go on a little camping trip. But, turns out, Gotham is gonna be Gotham…Keepsake’s forming a new army, Hugo’s playin’ dress-up, and the city is literally tearing itself apart. This looks like a job for Harley Quinn, Kevin, and…the Gardener? Oh yeah, Bella’s in this one, too! I just love her little plant dogs!