Iconic Action Star Of Movie and TV With 289 Credits, William Smith, Passes Away At 88! RIP. 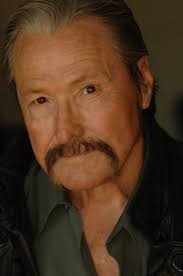 The legendary tough guy appeared in biker movies and blaxpoitation pics and went toe-to-toe with Clint Eastwood in ‘Any Which Way You Can’ and Rod Taylor in ‘Darker Than Amber.’

William Smith, the rugged actor who starred on television on Laredo, Rich Man, Poor Man and Hawaii Five-O and went toe-to-toe with Clint Eastwood and Rod Taylor in two of the more remarkable brawls in movie history, has died. He was 88.

Smith died Monday at the Motion Picture & Television Country House and Hospital in Woodland Hills, his wife, Joanne Cervelli Smith, told The Hollywood Reporter. She did not want to reveal the cause of death.

The 6-foot-2 Smith, who was a champion discus thrower at UCLA, an arm-wrestling champion and a black belt in the martial arts, had 18-inch biceps and could do 5,100 continuous sit-ups and reverse curl 163 pounds. As prolific as he was strong, he had a whopping 289 credits on IMDb, seemingly in everything from the ’60s onward.

Smith starred with fellow bodybuilder Arnold Schwarzenegger in Conan the Barbarian (1982) and spoke fluent Russian as a colonel in Red Dawn (1984) — both those films were directed by John Milius — and, as a gang leader named Carrot, battled Yul Brynner with a ball and chain in The Ultimate Warrior (1975).

ABC’s Rich Man, Poor Man, which premiered in February 1976, was the first miniseries broadcast on American television (it preceded Roots by 11 months) and was an adaptation of the Irwin Shaw novel about two German-American brothers (Peter Strauss and Nick Nolte) and their lives after World War II.

Smith appeared late in a vicious turn as the hired thug Anthony Falconetti, then returned the following year for the sequel.

As a sadistic bodybuilder in Darker Than Amber (1970), he participated in a violent free-for-all with Taylor that is regarded as one of the most realistic of all time. Taylor broke three of Smith’s ribs and Smith busted Taylor’s nose during the scene.

“Fight choreography and staging went out the window when Rod decided to really hit me,” Smith remembered in a 2010 interview. “And so the fight was on. That was a real fight with real blood and real broken bones. Rod is a skilled fighter and at the same time a real scrapper. Now that was a good fight!”

After they healed, they worked again in the Western The Deadly Trackers (1973).

In Any Which Way You Can (1980), Smith’s Jack Wilson squares off with Clint Eastwood’s Philo Beddoe in a long bare-knuckle bout through the streets and restaurants of Wyoming. The trailer called it “the most knuckle-busting, gut-wrenching, brain-scrambling, butt-bruising, lip-splitting brawl of all time.”

“It has to be one of the longest two-man fights ever done on film without doubles,” Smith said in an interview for Louis Paul’s 2014 book Tales From the Cult Film Trenches. “We shot it in Jackson, Wyoming, which is about 8,000 feet high in altitude, and I was smoking so hard at the time.”

Speaking of smoking, Smith was the last “Marlboro Man” in commercials before cigarette advertising was discontinued.

Smith enlisted in the U.S. Air Force in 1951, won a boxing championship and served in the Korean War. Fluent in Russian, German, French and Serbo-Croatian, he caught the eye of the CIA and NSA, which gave him a teaching position within the agencies. But while working on his doctorate in foreign-language studies, he landed an acting contract at MGM.

In 1961, he starred on the studio’s ABC police drama The Asphalt Jungle opposite Jack Warden. Two years later, he worked on the BBC series Zero One (its title was the call-sign of the International Air Security Agency) with Nigel Patrick.

An inductee into the Muscle Beach Venice Bodybuilding Hall of Fame, Smith was perfect for the role as Adonis, a henchman for Zsa Zsa Gabor’s evil Minerva on Batman. On the ABC show’s final episode in 1968, he was on the receiving end of a Whamm!!, Zowie!, Splatt!, Crash! and Sock! from Batman, Robin and Batgirl.

Smith used a ball-and-chain belt on Brynner in the climax of The Ultimate Warrior, and his character ends up falling down a chute filled with rodents. (They smeared Karo syrup and peanut butter on his face to keep the critters in the shot.)

He also played the father of the title character in Conan the Barbarian, writing his own lines for his monologue that opens the film. “No one, no one in this world can you trust … not men, not women, not beasts … this you can trust,” he says pointing to the movie’s iconic steel sword.

Smith remembered besting Schwarzenegger in an arm-wrestling contest and never working with him again. “As he walked out my front door, he turned around and said in German, ‘I will be a movie star,’ and was and is — and now so much more!

“The one thing about Schwarzenegger that I will never forget is that nobody could double him, be his stunt double, because of the shape he was in. He did all his own stunts. He worked 12 hours a day and then he walked two miles. Then he would work out for two hours.”

Smith appeared in the cult movies Piranha (1972), where he said his stunt with a very large anaconda almost cost him his life, as an FBI agent in Invasion of the Bee Girls (1973), and as a drag racer in David Cronenberg’s Fast Company (1979).

In addition to his wife of 31 years, survivors include his children, William E. Smith III and Sherri Anne Cervelli.

For all the toughness he demonstrated onscreen, Smith showed off a softer side in his 2009 book, The Poetic Works of William Smith. In an excerpt from “The Reaper,” he wrote:

“You’ve done some bad and you’ve done some good
You wouldn’t change things even if you could
‘Cause through the years you’ve run a good race
The Reaper chased and couldn’t keep your pace
So toast those that live and those that die
And while you can, spit in the Reaper’s eye.”

On behalf of the IP team, I offer our condolences to the family, friends and fellow fans of William Smith.