Top 5 Image Comics January 2022 Solicitations With Returns Of Arrowsmith and Nocterra Plus Radiant Black and More, But Adventureman and Geiger Sequel MIA!

Adventureman and the Geiger sequel are MIA, but other January 2022 picks are below from the full Image solicitations.

The new KURT BUSIEK era at Image begins here, as he and superstar artist CARLOS PACHECO (Fantastic Four, Avengers Forever, Final Crisis, X-Men, Superman) bring you the much-anticipated return of ARROWSMITH! It’s World War I-but a war of wizards and dragons as much as bullets and barbed wire. Young airman Fletcher Arrowsmith plunges back into the heat of war-and finds himself behind enemy lines, facing a threat that could doom the Allied Powers. The first issue in a new ARROWSMITH-universe miniseries! And don’t miss the remastered hardcover of the original series in February! 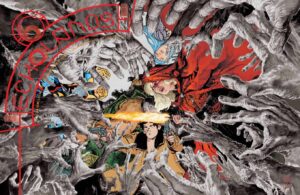 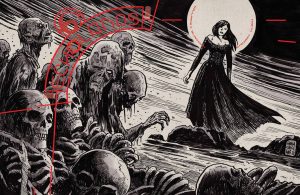 THE FIRST ARC OF IMAGE’S EPIC ADVENTURE CONCLUDES! Hope Redhood’s journey is just beginning, as the part one of the genre-bending ECHOLANDS comes to a close. After only just escaping from the crime lord demigod Romulus, Hope and her crew are confronted by their former captor-but will he be an ally or an enemy? Will Cor kill him or trust him? Can Dena come to terms with new cybernetic changes? Will Rosa finally accept Hope’s plans? What is wrong with Castrum’s gut? And what new dangers await the band of thieves when they finally reach Horror Hill?

“PEDAL TO THE METAL,” Part One

Lights, camera, action! SCOTT SNYDER and TONY S. DANIEL’s rip-roaring hit series returns as Val, Bailey, and the Ferrymen continue their mission to bring back the light. But with all-new shade variants around every corner, darkness will reign like never before. Meanwhile, Blacktop Bill meets some old friends.

The explosive second arc starts here! After the game-changing events in Brazil, the Awakened regroup to plan their next steps. But with thousands of lifetimes rushing back to them, can they agree on anything long enough to get started? And what are their enemies planning on the other side of the world?

Camera on. Mic check. Put the stream live. Hide the alien artifact that gives you superpowers. Wipe away the tears. And three, two, one…

Series writer KYLE HIGGINS is joined by Twitch superstar MEGHAN “STRAWBURRY17” CAMARENA and iconic artist GO I MONTES for a standalone story that reveals the secret origins of Radiant Pink!

What caught your eye?