As reported earlier, we had two branch new champions early on in the night; first we had a brand new Digital Media Champion crowned. 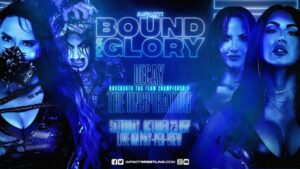 The debuting IInspiration, with new entrance music by Cameron Hayes, won the titles.

The first-ever Digital Media Champion is set to be crowned in the finals of the Digital Media Championship Tournament! The first person to score a pinfall will be declared the winner. Jordynne shows off her tremendous strength with a shoulder tackle to Fallah, followed by her signature corner combination. Jordynne connects with the Vader Bomb for two. Chelsea soars with a top rope missile dropkick to Skyler. Rayne spikes Steve with a tornado DDT. Chelsea stomps Madison’s head into the mat but Jordynne breaks the pin. Steve traps his opponents in the Upside Down but Fallah breaks it up with a running splash in the corner. Jordynne hits the Grace Driver on Skyler to win the match and become the first-ever Digital Media Champion!

The IInspiration make their IMPACT debut tonight as they challenge Decay for the Knockouts Tag Team Titles! Rosemary hits Cassie with a sidewalk slam in the early going. Rosemary bites Jessie, then locks in the Upside Down to do some serious damage. Cassie quickens the pace, leading to tandem offense from The IInspiration to turn the tide. Havok hits a backbreaker clothesline combo to Cassie, then splashes both of them in the corner. Cassie pulls down the middle rope, sending Havok crashing to the floor. Rosemary hits Cassie with the Scorpion Death Drop to create separation and make the tag. Rosemary spears Cassie for two. Havok takes out Jessie with a sitdown chokeslam. Cassie clotheslines Rosemary over the top rope to the floor. The IInspiration send Havok into the steel ring post multiple times. Cassie makes the blind tag and kicks Rosemary from the apron. The IInspiration deliver double team offense to Rosemary and pin her to become the new Knockouts Tag Team Champions! 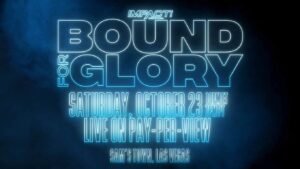 Impact wrestling further reported on all their Bound for Glory 2021 matches here, but we’re focusing on the championship and championship adjacent matches below.

The finals of the X-Division Title Tournament will determine a new X-Division Champion! Trey gains control in the early going with a stunning dropkick to Phantasmo. Trey is about to fly when Phantasmo picks his leg from the outside, allowing Maclin to attack from behind. Maclin and Phantasmo exchange strikes on Trey. Trey locks in a submission on Phantasmo, then simultaneously delivers a bridged suplex to Maclin. Phantasmo hits Maclin with a springboard Moonsault. Phantasmo shows off his incredible athleticism, connecting with a step-up Hurricanrana. Maclin takes out both of his opponents with unique combo offense. Trey goes for a handspring but Maclin cuts him off with a spear to the floor.

Maclin continues the assault with a flying hip attack over the top. Phantasmo hits a springboard Moonsault to the outside. Trey hits Maclin with Code Red for two. Phantasmo picks Trey off the top, sending him crashing into the knees of Maclin. Trey hits a Brainbuster on Phantasmo, followed by the top rope Meteora to become the new X-Division Champion! 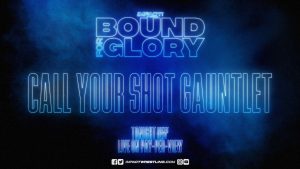 The winner of this match will earn a future title match of their choosing, anyplace, anytime! Eliminations occur by throwing your opponent over the top rope to the floor. Chris Sabin enters the match at #1. With the first surprise entrant of the gauntlet, NJPW star Rocky Romero enters at #2.

Madman Fulton enters at #3. Rohit Raju enters at #4. Tasha Steelz enters at #5. Rohit throws Romero over the top rope for the first elimination. Ellering enters at #6. Fulton is the next to be eliminated. Savannah Evans enters at #7. Johnny Swinger enters at #8. Meanwhile, Ellering and Evans are eliminated. In another surprise, the legendary Melina enters at #9.

The surprises keep on coming as The Demon enters at #10. 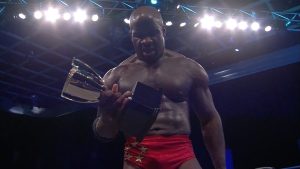 Above are the participants and entrance order for the Call your Shot Gauntlet 2021. 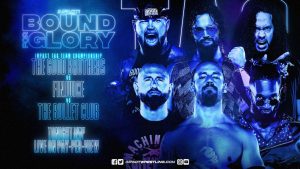 Three of wrestling’s top teams collide for the IMPACT World Tag Team Titles! Finlay hits Bey with a back suplex, followed by a squatting senton from Juice. Gallows and Hikuleo square off in a showdown of giants. Hikuleo knocks Juice off the apron, before hitting Finlay with a delayed vertical suplex. Hikuleo whips Bey into Finlay, then delivers a high sidewalk slam for two. Finlay creates separation and makes the tag to Juice who delivers repeated fists to Anderson. Juice hits Bey with an elevated Gutbuster for two.

Chaos reigns supreme and everyone is down. Juice hits a top rope frog splash on Bey but Anderson tags himself in and steals the victory! 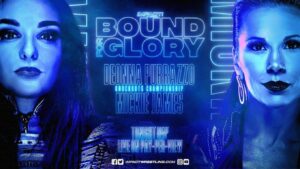 The Knockouts Championship is on the line is this highly-anticipated dream match. Purrazzo’s “Drama King”, Matthew Rehwoldt, is banned from ringside. Mickie launches herself off the apron, colliding with Purrazzo on the floor. The brawl spills to outside as Purrazzo drives Mickie back-first into the stage. Purrazzo throws Mickie into the ring as the bell rings, officially starting the match. Purrazzo continues the beatdown on Mickie, wearing her down in the corner. Deonna counters a Hurricanrana attempt into a modified powerbomb for two. Both Knockouts collide with double crossbodies, allowing Mickie to create separation. Mickie and Purrazzo exchange strikes in the middle of the ring. Mickie gains the upper-hand with a running boot. Mickie hits her signature Hurricanra, followed by a flapjack. Purrazzo counters the DDT into a jumping pump kick. Mickie successfully hits the DDT but Purrazzo somehow kicks out at two. Purrazzo locks in the Fujiwara Armbar but Mickie gets her feet underneath the ropes to break the hold. Purrazzo connects with an assisted Queen’s Gambit but this time it’s Mickie who kicks out just in time.

Referee Brandon Tolle stops Purrazzo from introducing a steel chair. Purrazzo uses the referee as a shield but it costs her as Mickie sends her face-first into the chair. Mickie hits a tornado DDT to win the match and become the new Knockouts Champion! 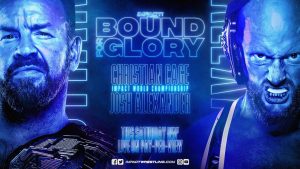 Josh Alexander exercises Option C to challenge Christian Cage for the IMPACT World Title in the Bound For Glory main event. Alexander pushes Cage off the top, sending him toppling all the way to the floor. Alexander remains in control with a backbreaker, followed by a bridged suplex. Cage avoids the C4 Spike and backdrops Alexander to the outside. Cage counters the Ankle Lock on the floor, sending Alexander head-first into the steel guardrail. Alexander turns the tide with a release German suplex into the turnbuckles. Cage pummels him with repeated shots in the corner but Alexander comes back with a powerbomb backbreaker for two. Cage hits his signature reverse neckbreaker. Alexander soars with a top rope knee to the back of his head. Cage hits a tornado DDT out of the corner for another two count. Alexander connects with the Chaos Theory.

Alexander locks in the Sharpshooter but Cage fights out. Alexander overshoots the Moonsault, allowing Cage to capitalize with the Spear. Cage pushes Alexander off the top, then follows up with a Frog Splash for yet another near fall. Alexander counters the Killswitch into the Ankle Lock. Cage attempts to break the hold but Alexander holds on. Alexander steps on his hand, forcing Cage to submit. Josh Alexander is the new IMPACT World Champion!

After the match, Cage hands Alexander the IMPACT World Title in a show of respect. Alexander is celebrating with his wife and son when Moose appears in the ring and calls his shot! 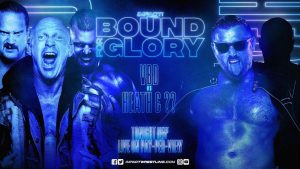 As well as Awesome Kong’s induction to the Impact Wrestling Hall of Fame. 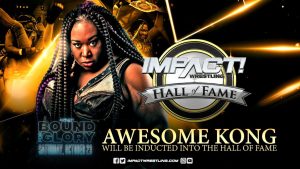 Also, above is the list of all inductees to the Impact Wrestling Hall of Fame since its inception.

So, what did you think of Impact’s biggest PPV of the year?