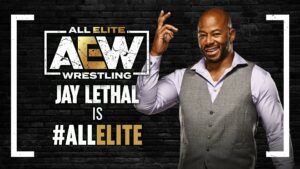 Tony Schiavone was on the stage for a very special announcement! 20-Year veteran and multi-time champion Jay Lethal was introduced to the crowd!

Lethal said he found the forbidden door, he has stepped through it, and he is All Elite!

“I heard there was an open challenge for the TNT title. So Sammy, how about me and you this Wednesday at DYNAMITE?” asked Lethal.

Sammy Guevara walked out with his title. He had a facedown with Jay Lethal. Sammy held up his title and said, “You’re on!” 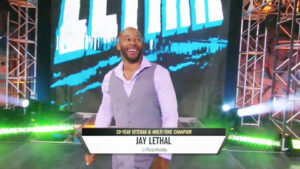 Check out AEW video of the debut below.

It is also being reported that Lethal asked for and received his release form ROH, which was up at the end of the year, over ROH’s uncertain future.