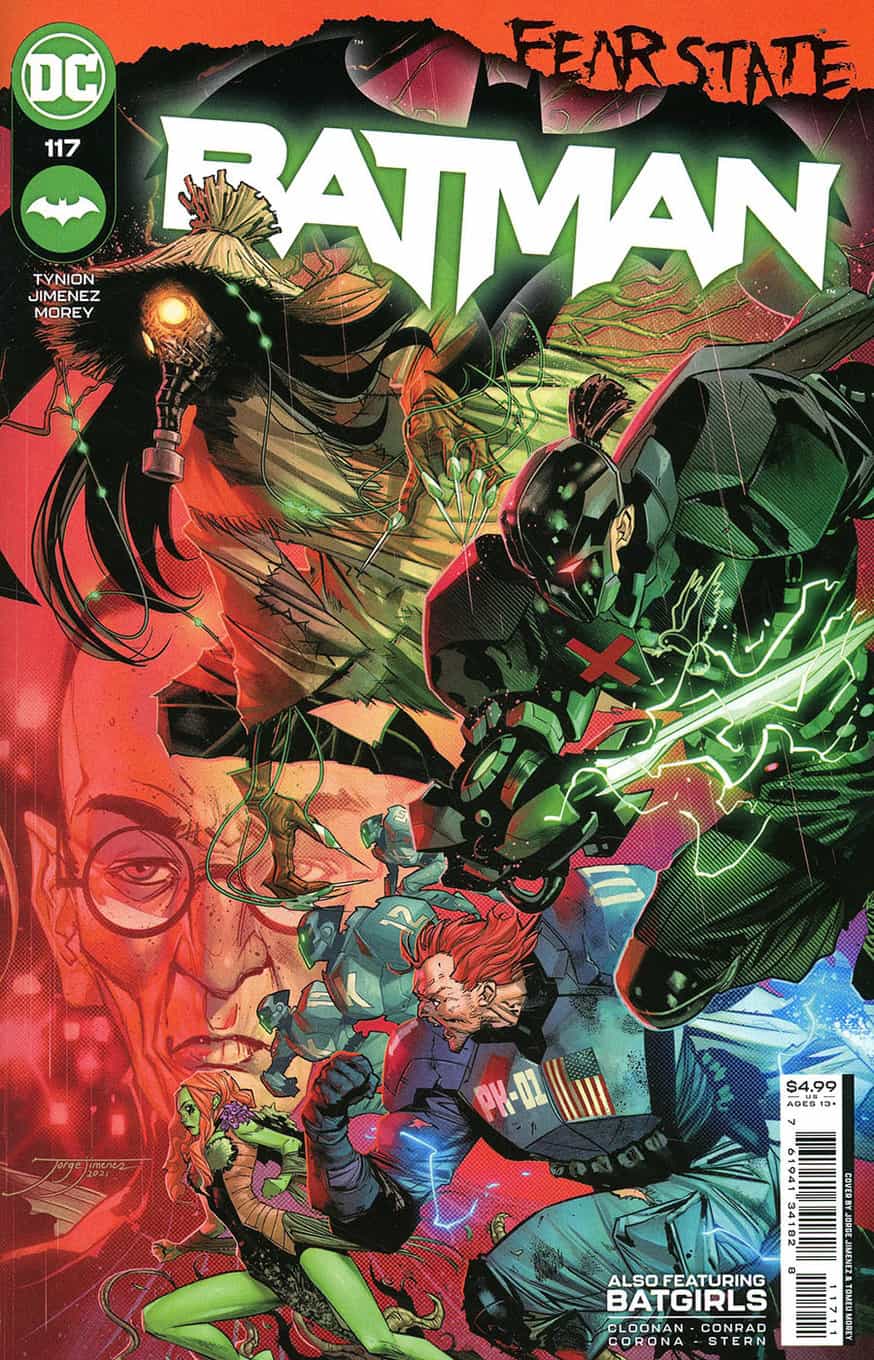 This is the end of the big Batman and family event. 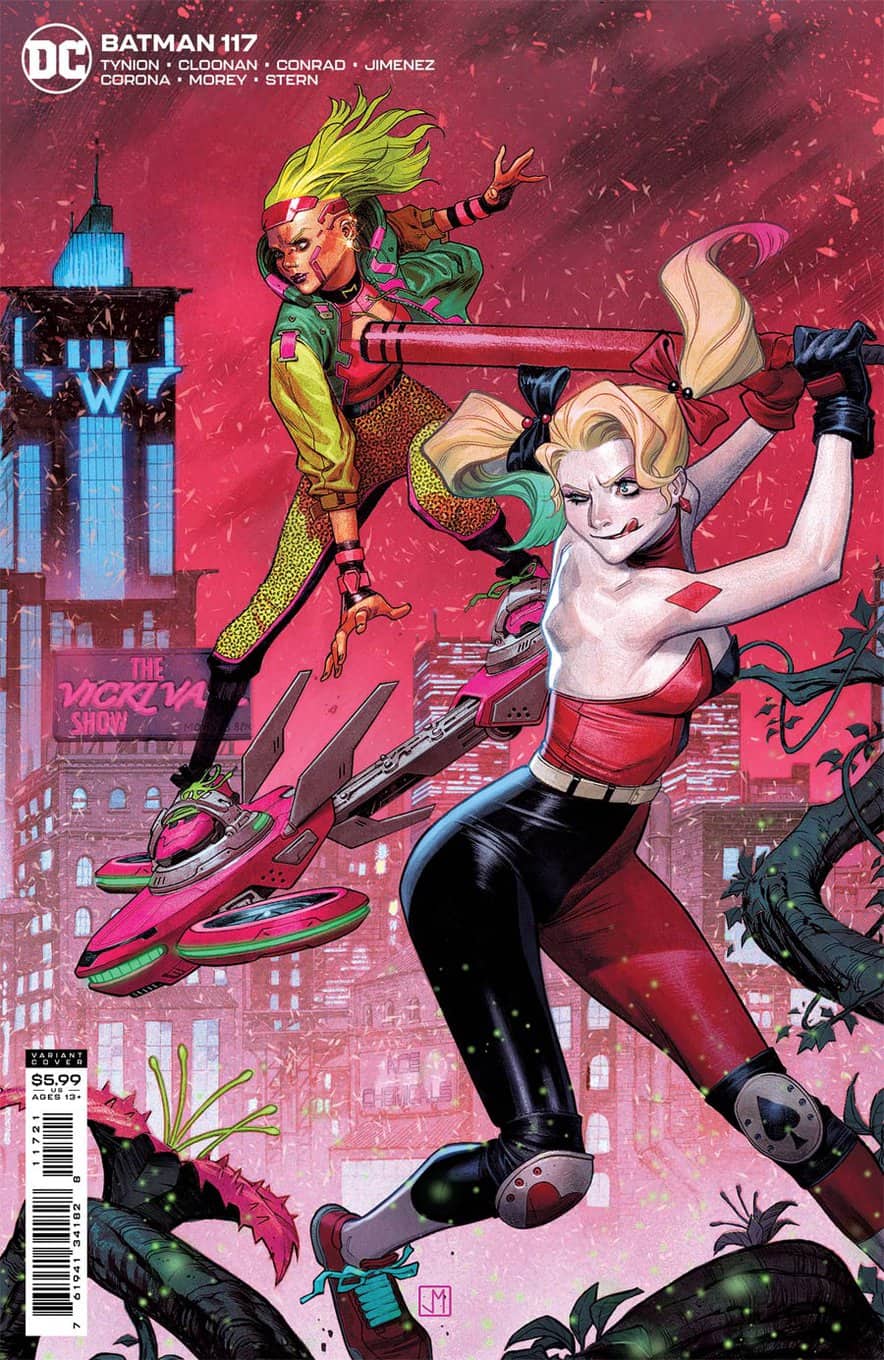 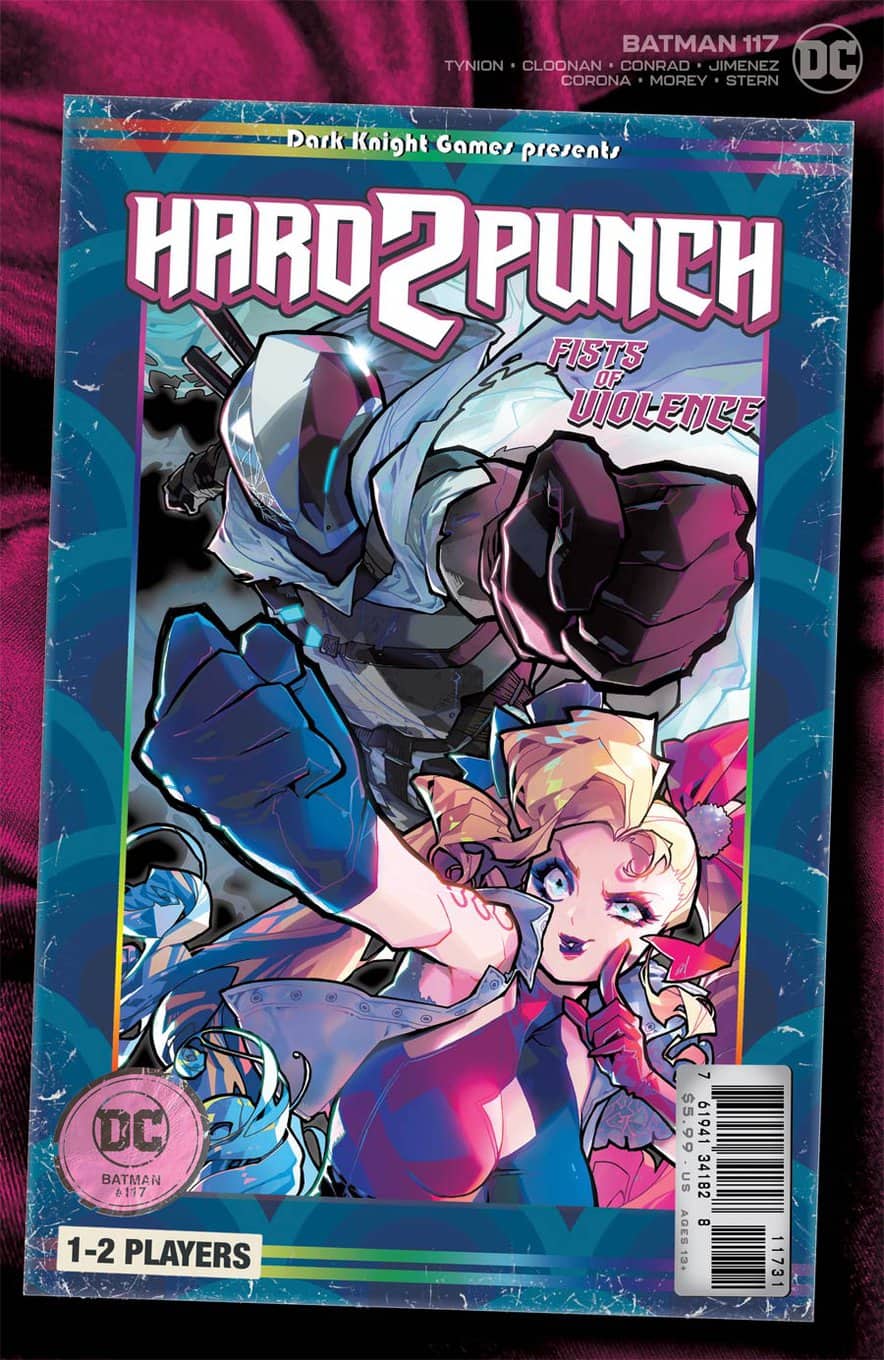 Simon Saint is mortified that with all his money that he can’t stop one man in a bat suit. 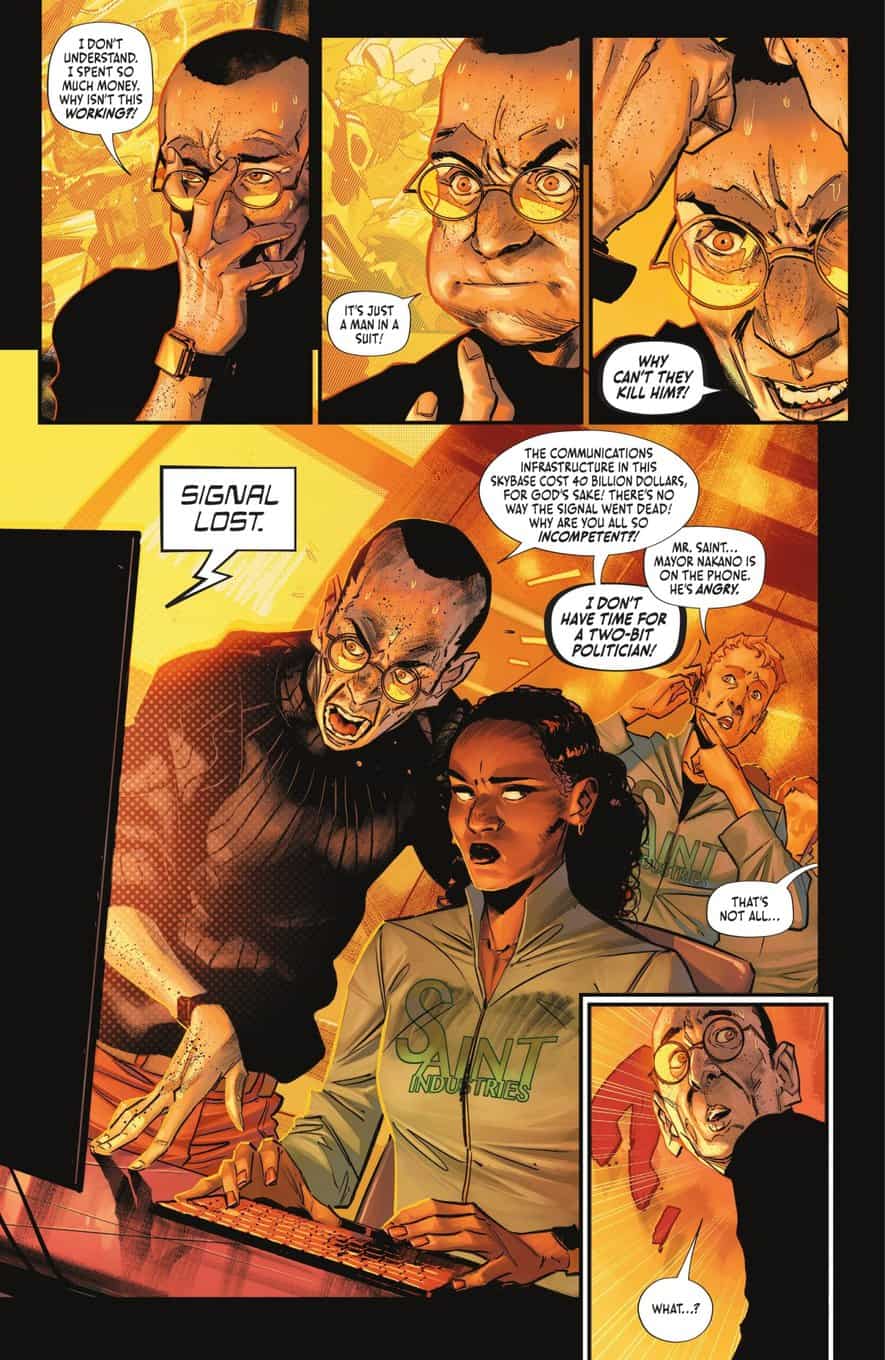 Turns out the Batman’s family also plays a role in bringing down Saint. 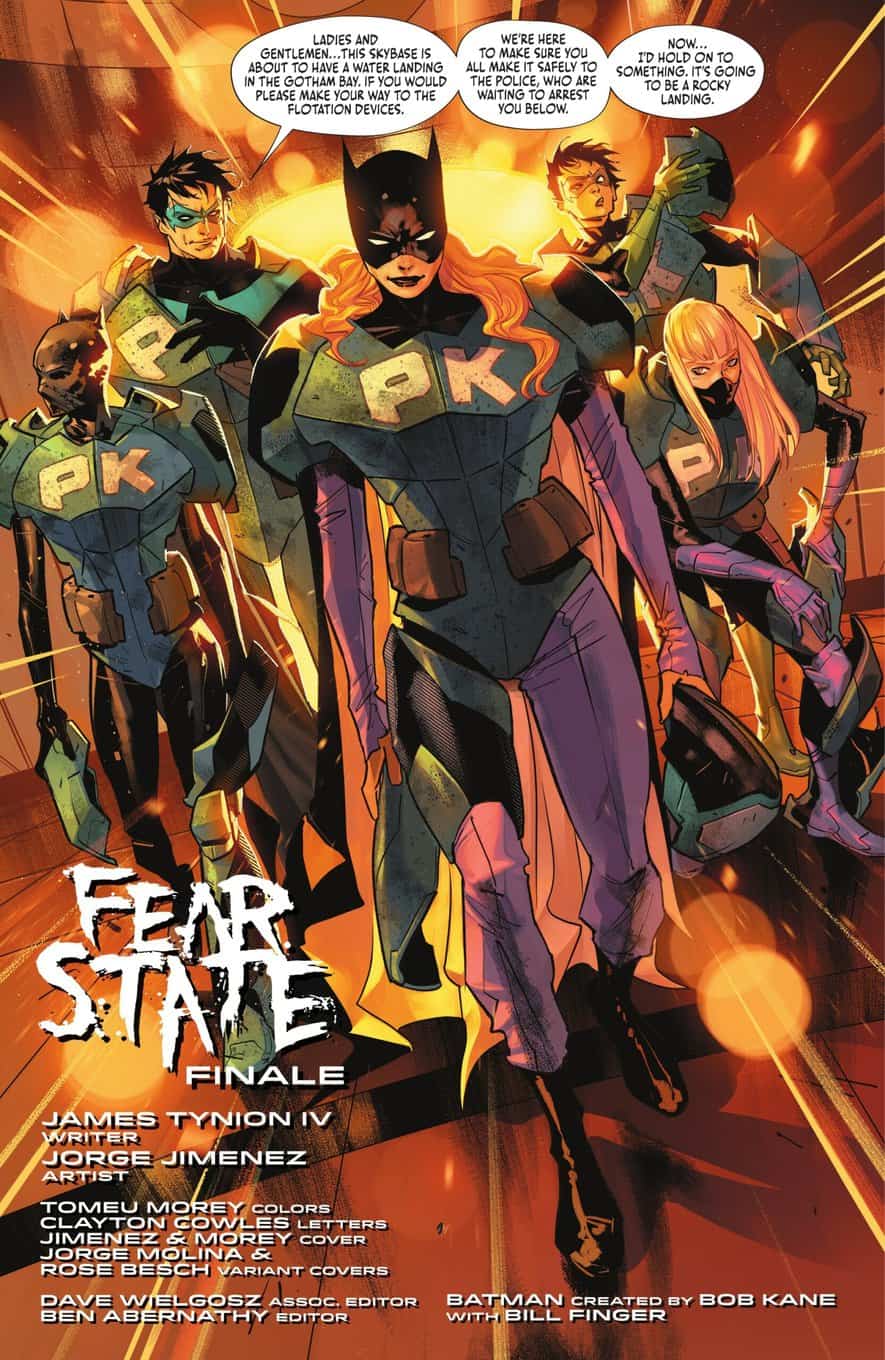 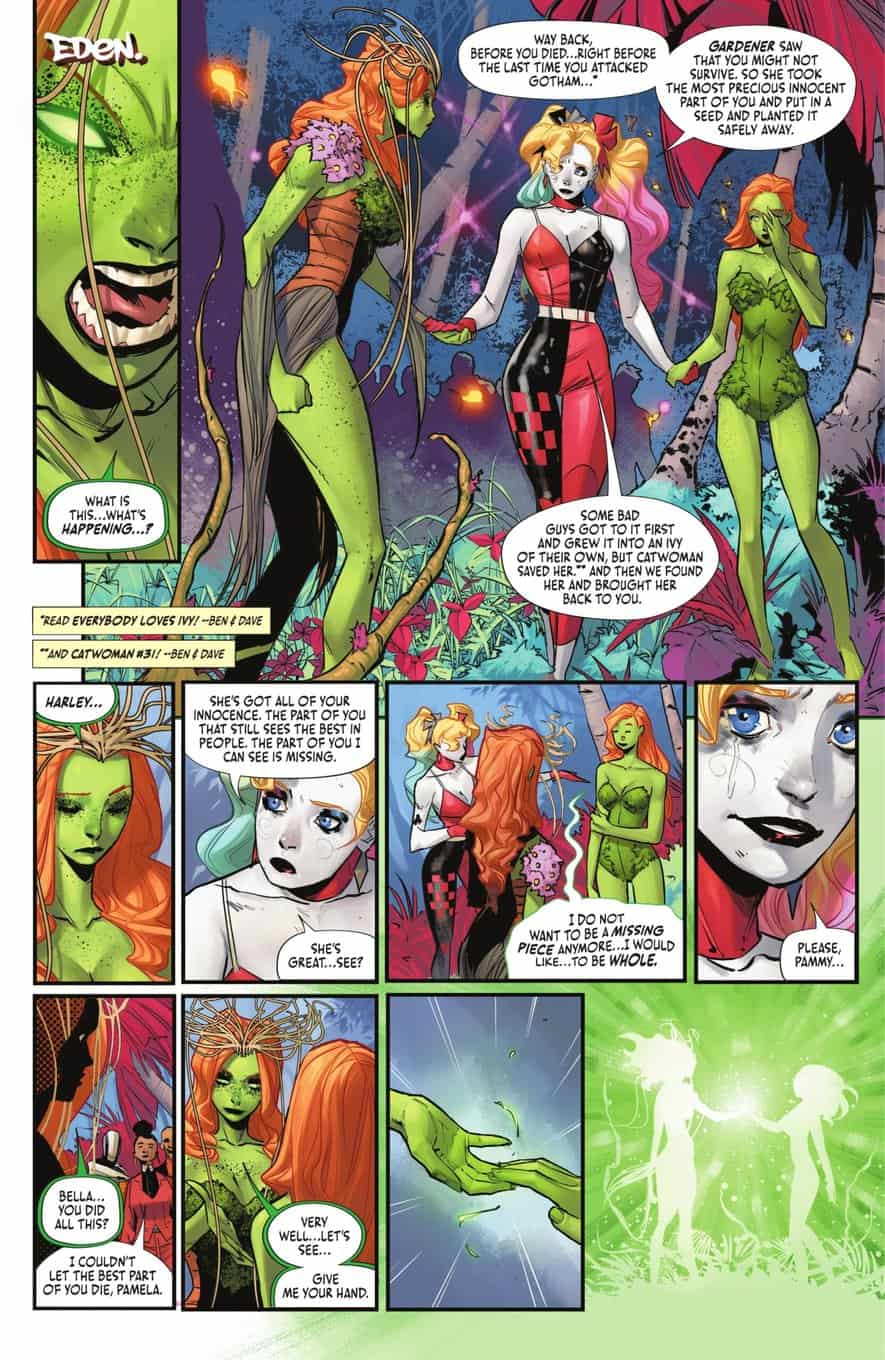 …brings Queen Ivy and Poison Ivy together to form a new Ivy, but this Ivy is a force for good and still in love with Harley Quinn. 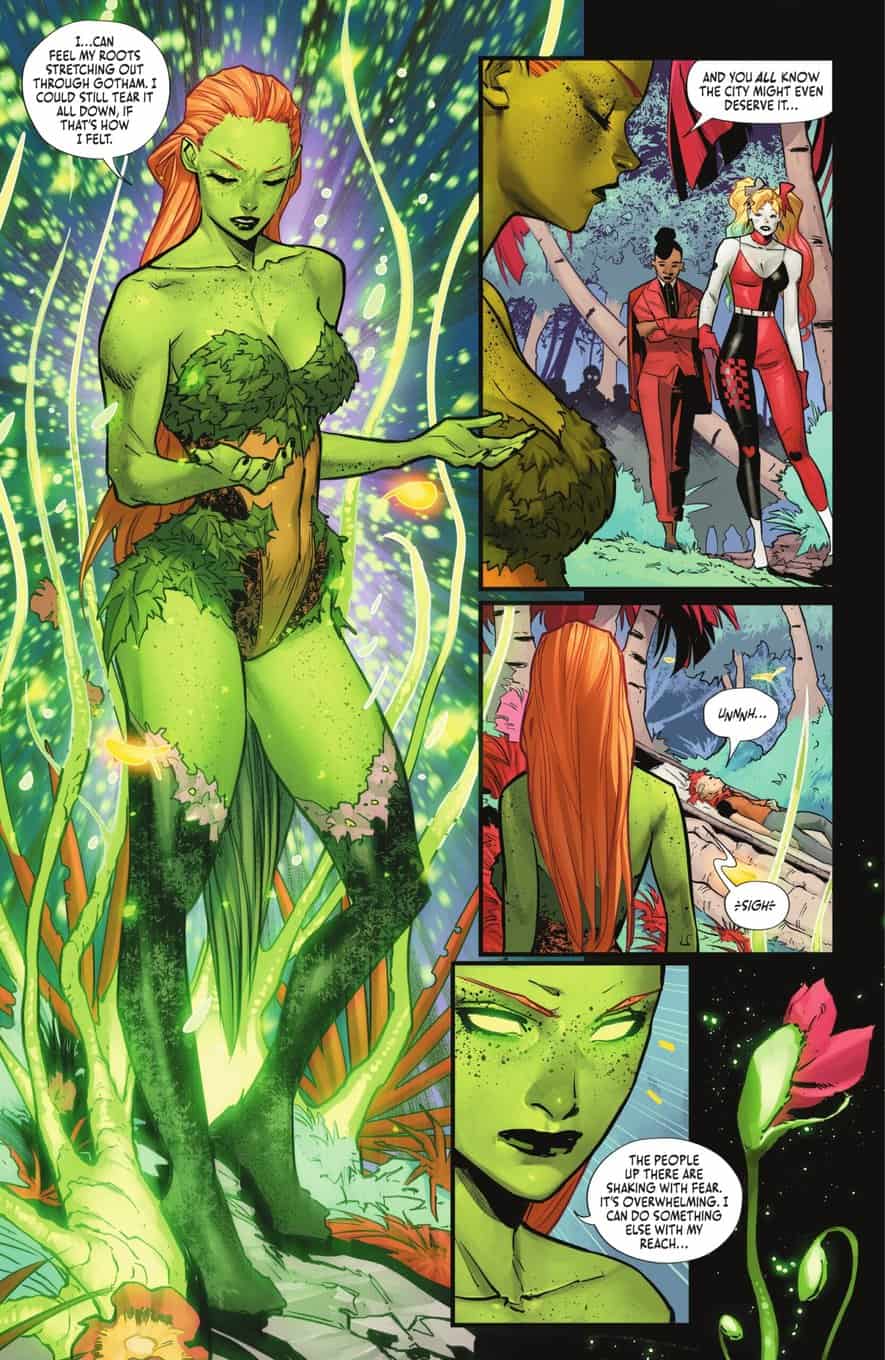 There is also a confrontation between Saint’s one-time ally Peacekeeper-01 who has been manipulated by both Saint and Scarecrow, but… 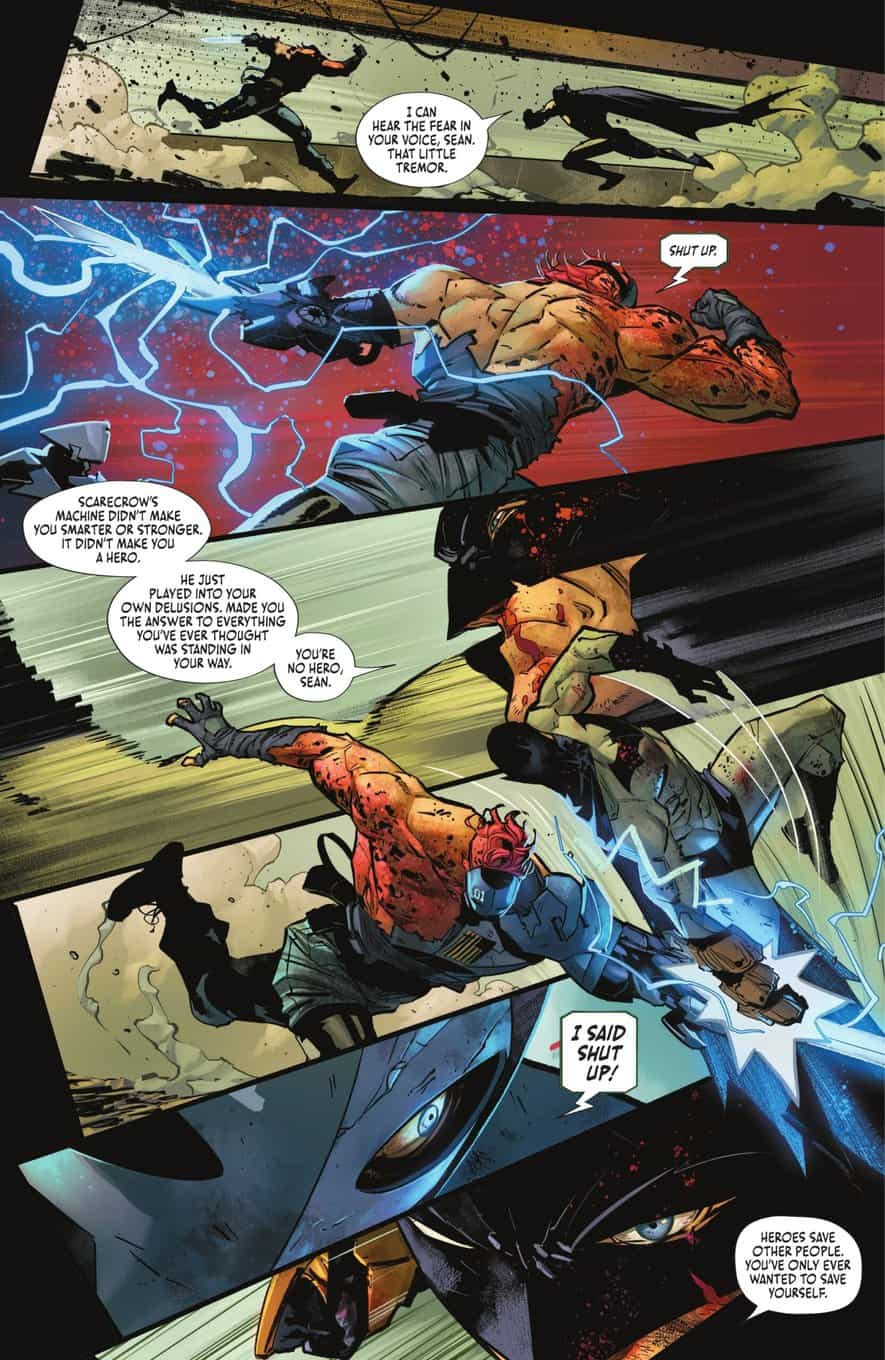 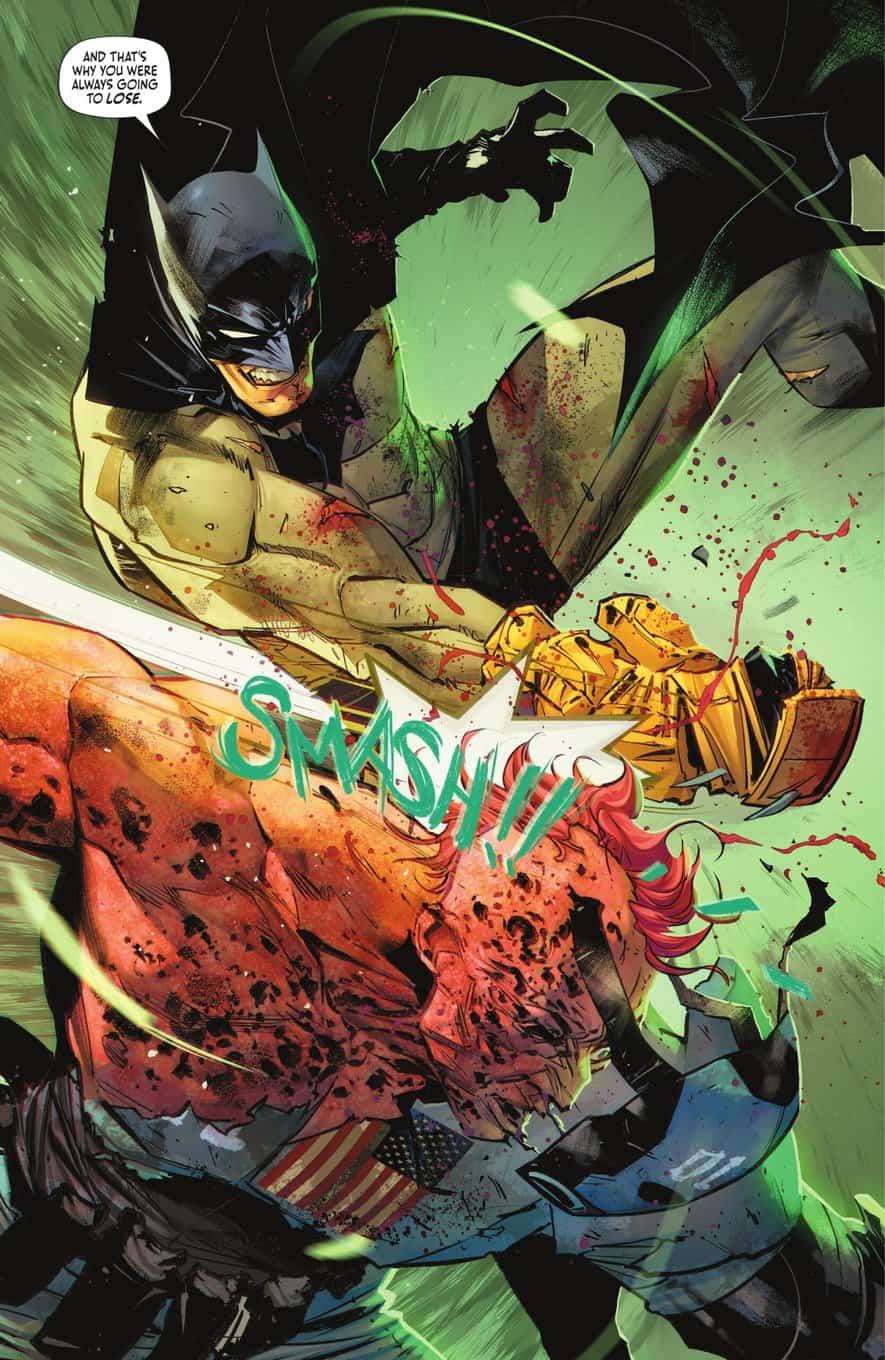 Next up is Miracle Molly who, after contributing to Fear State architect Scarecrow’s brief and ingenious appearance in this issue, decides she won’t disarm his fear bomb as Gotham City needs a cleansing and do-over. 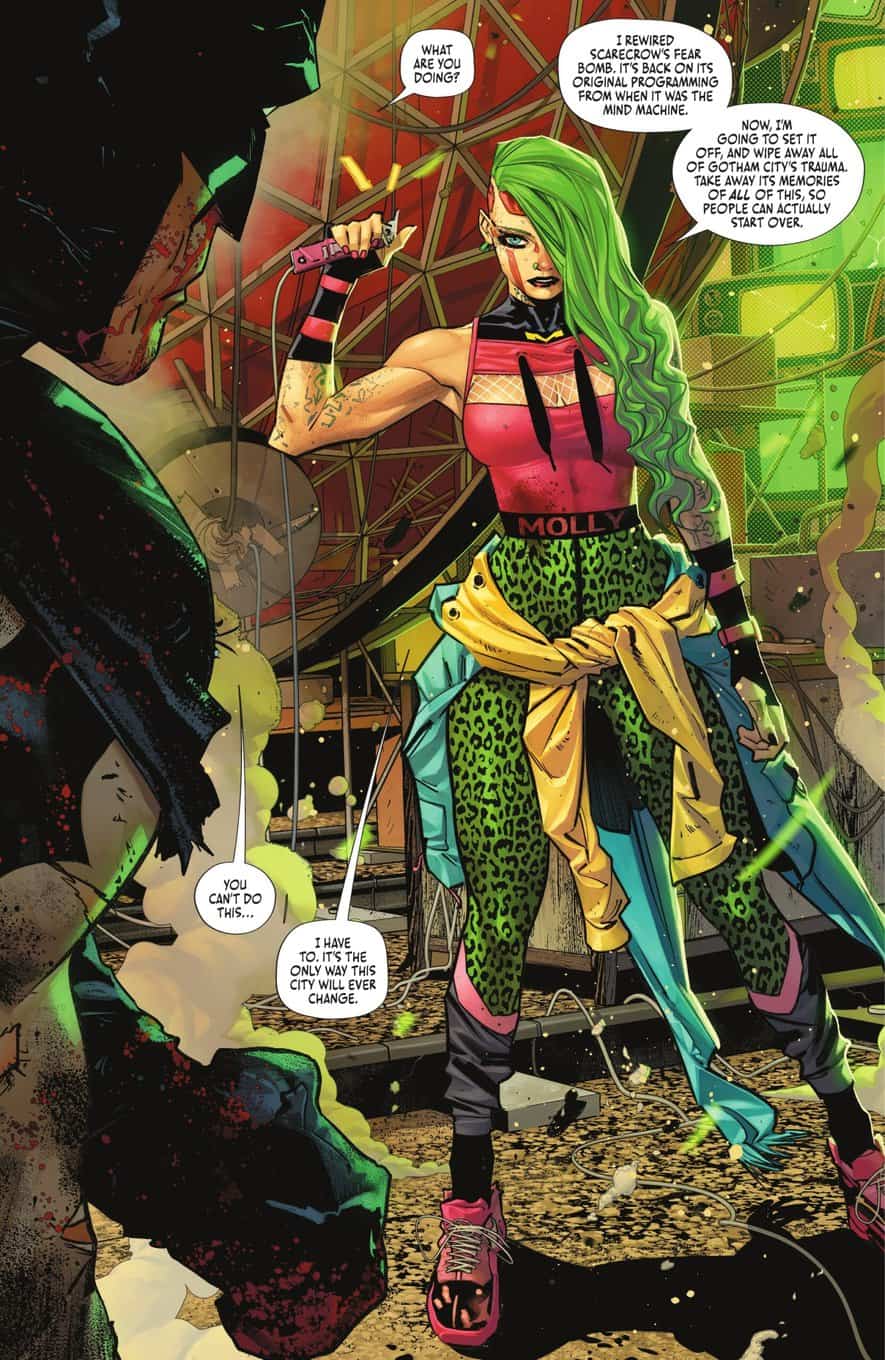 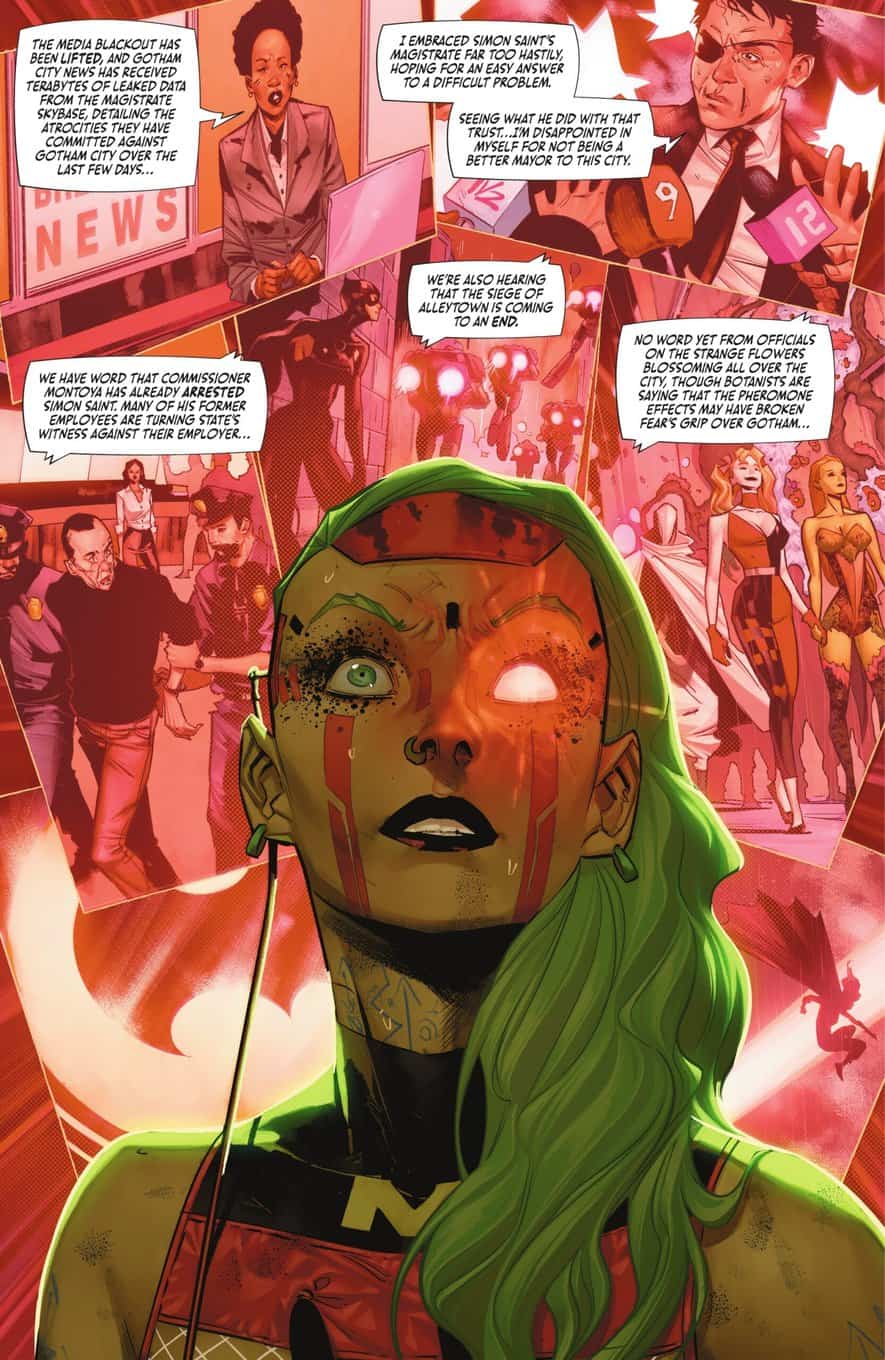 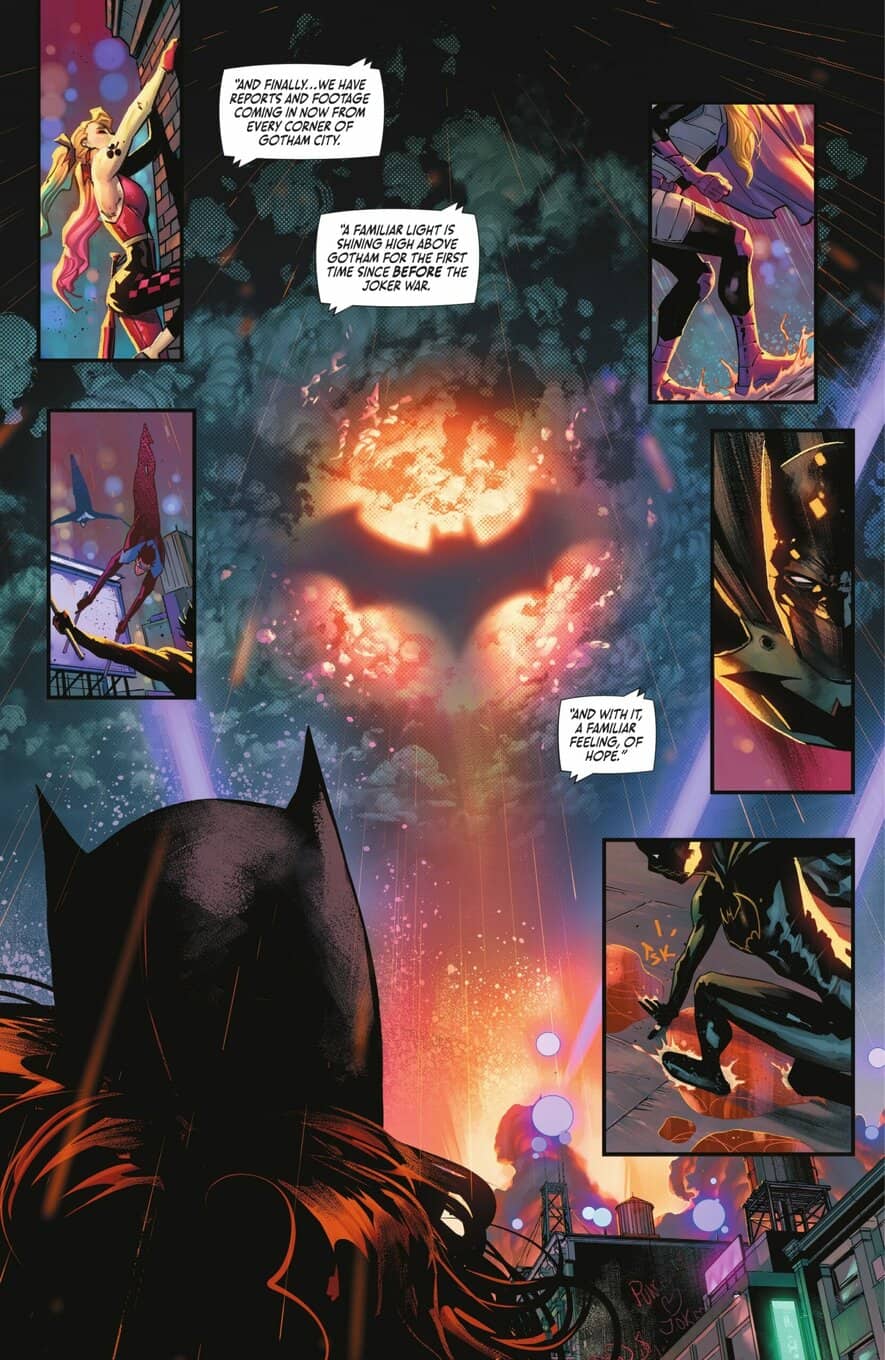 …how the Batman and his family is perceived, but… 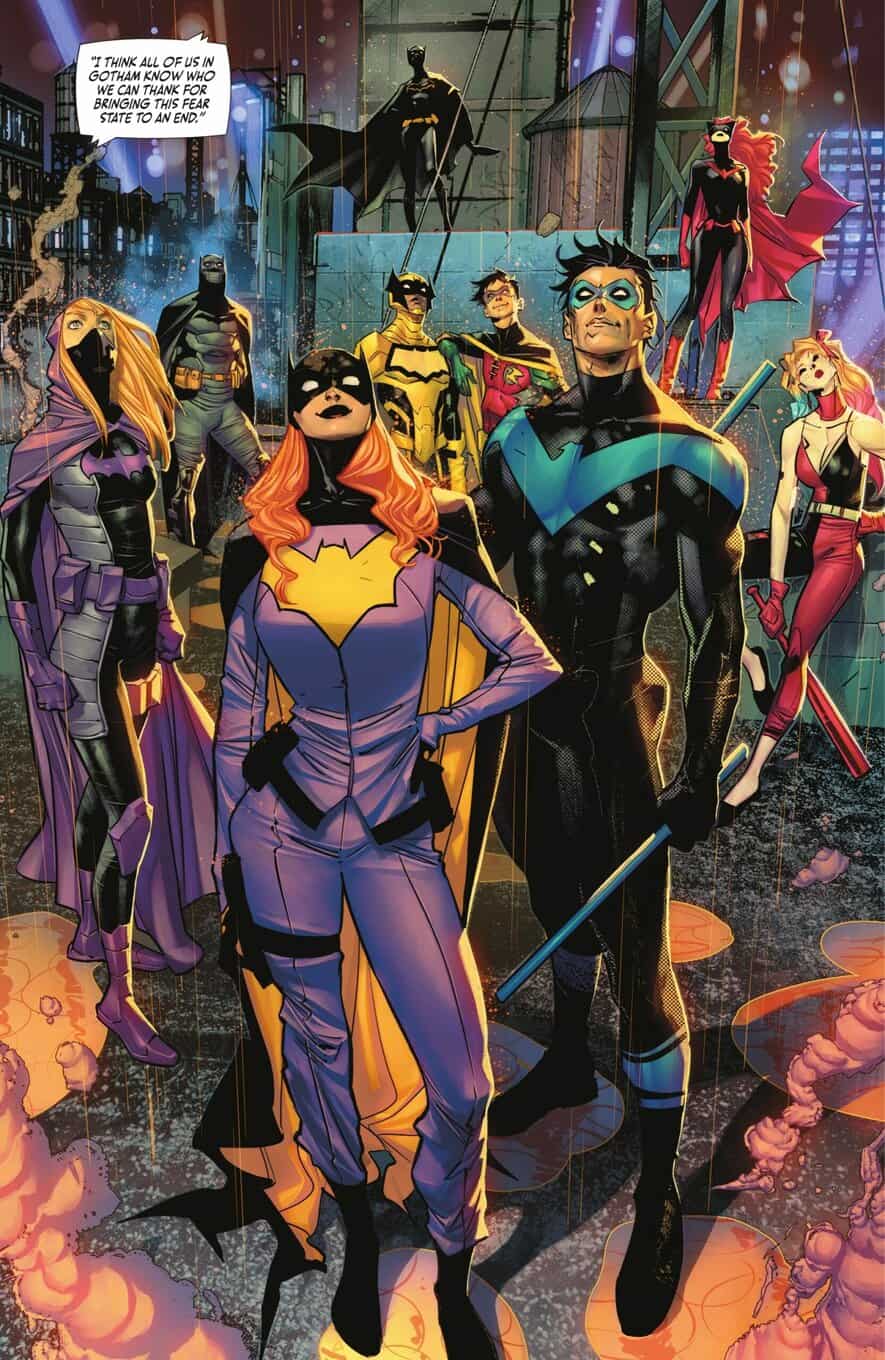 …to convince Miracle Molly to deactivate the bomb due to Gotham City’s potential and their collective hope in it. 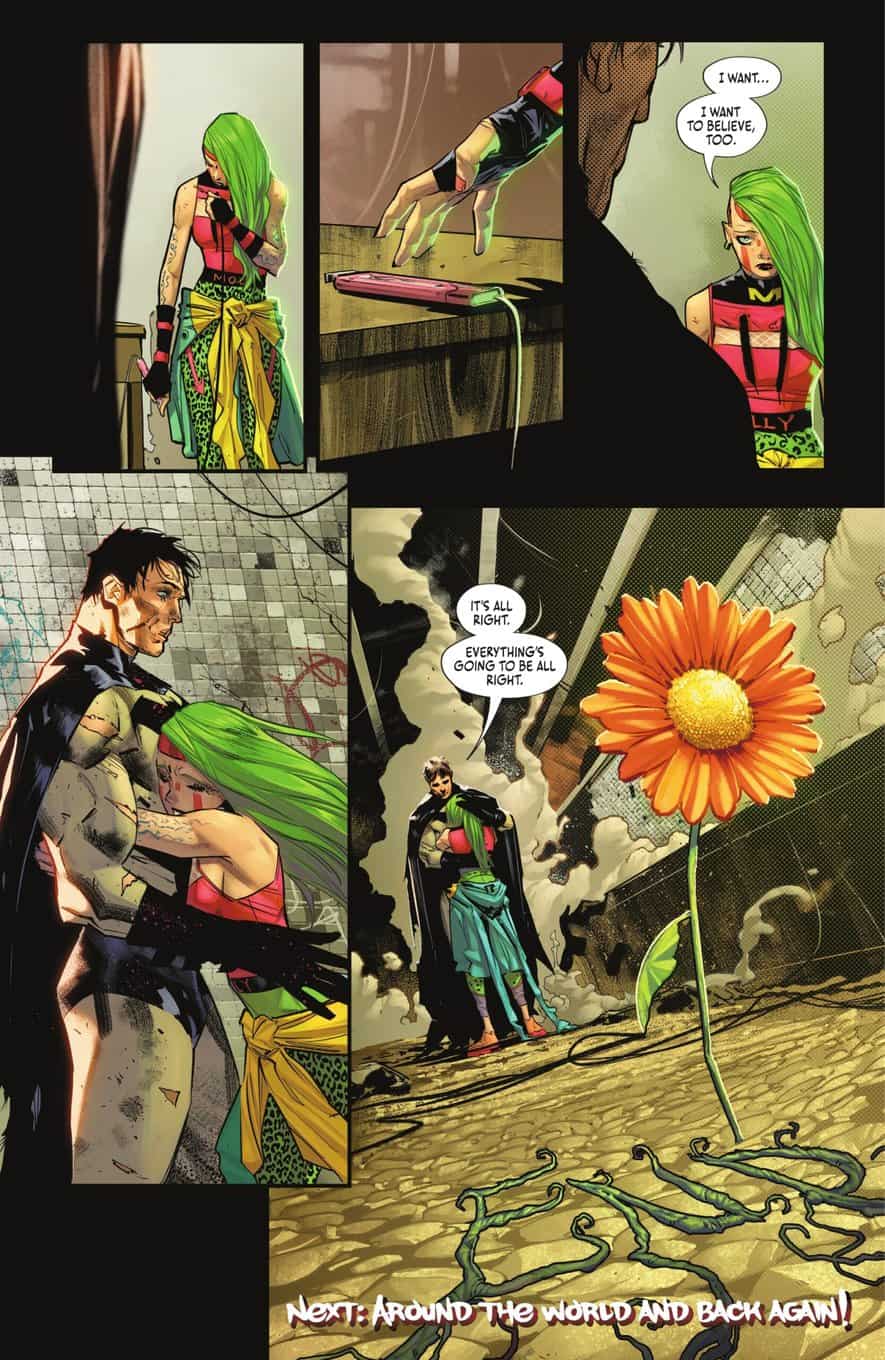 That’s the end of the main story, but there’s a back-up tale… 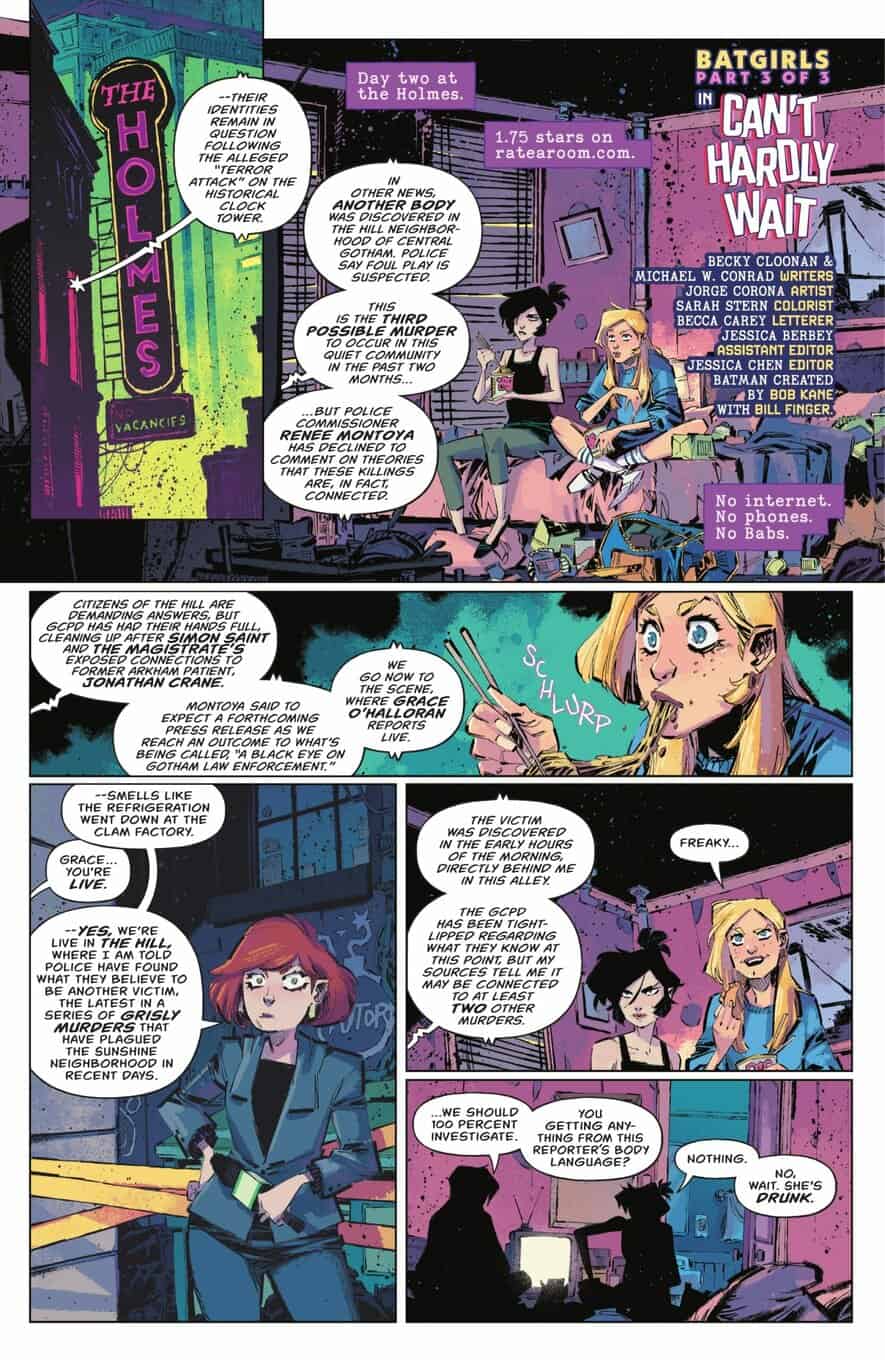 …featuring the Batgirls that continues into their own series and ends on the reveal on what the anti-Oracle Seer looks like in the flesh. 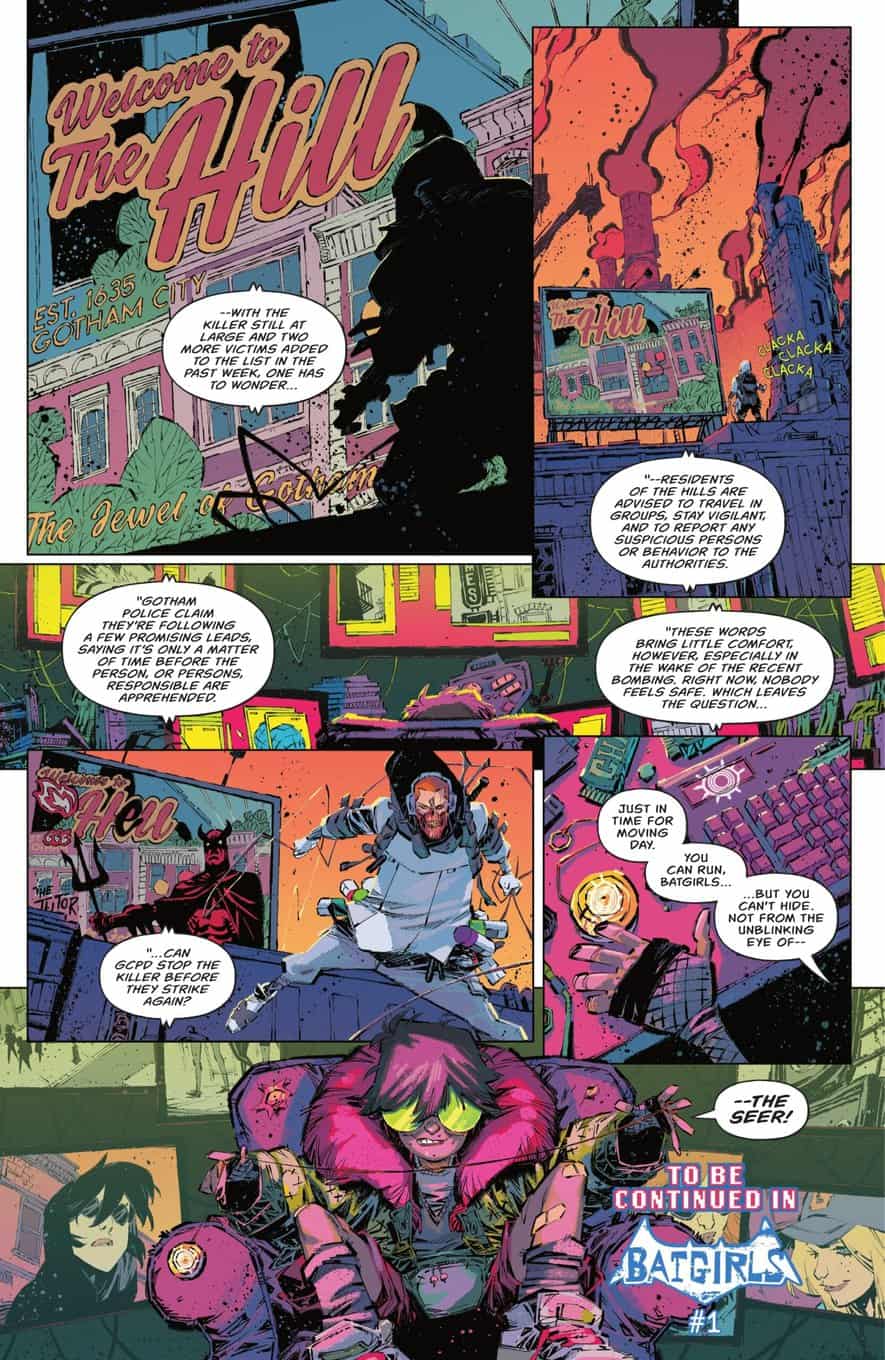 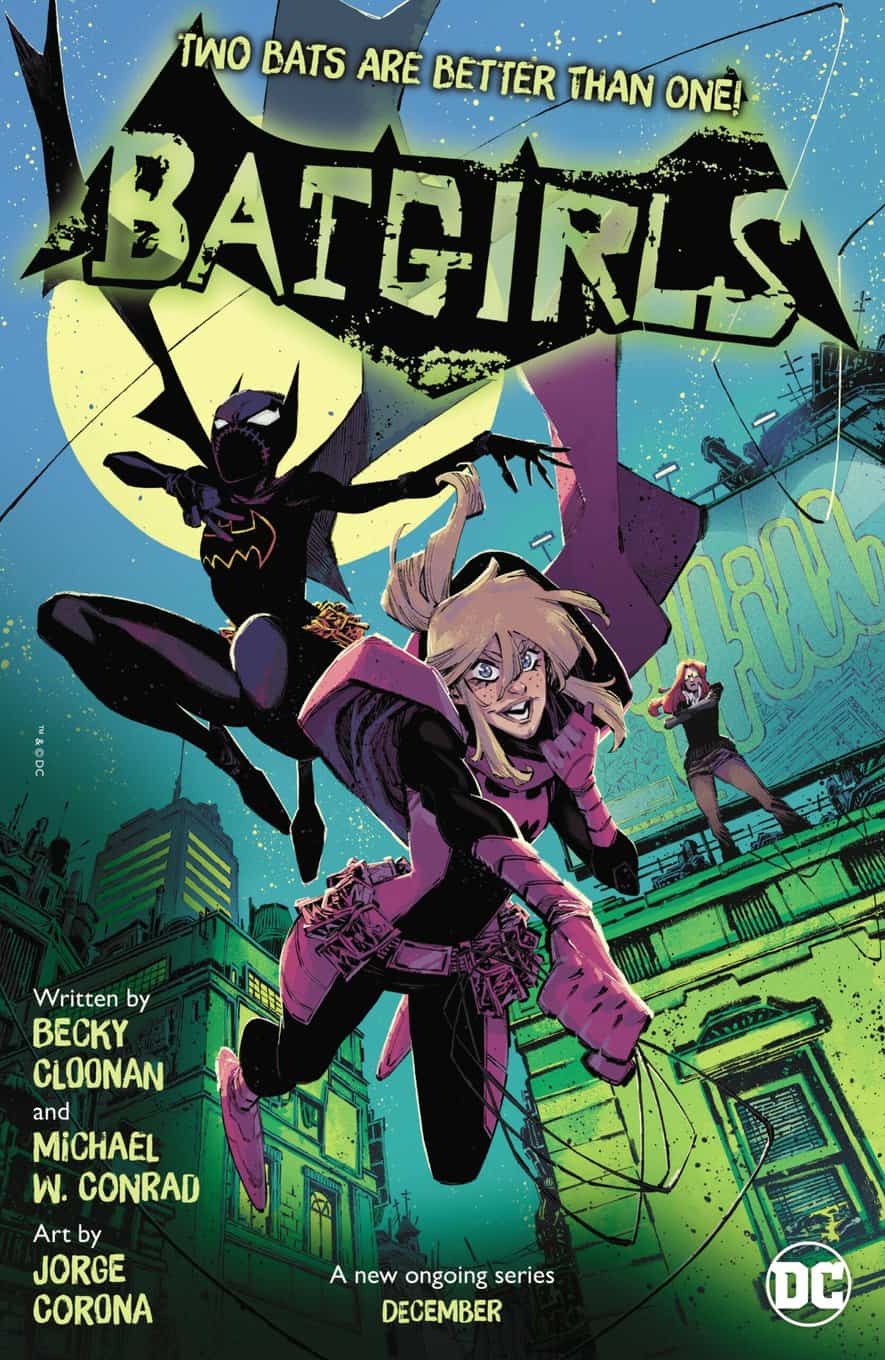 …as well as a five page look at its interior pages via a preview. 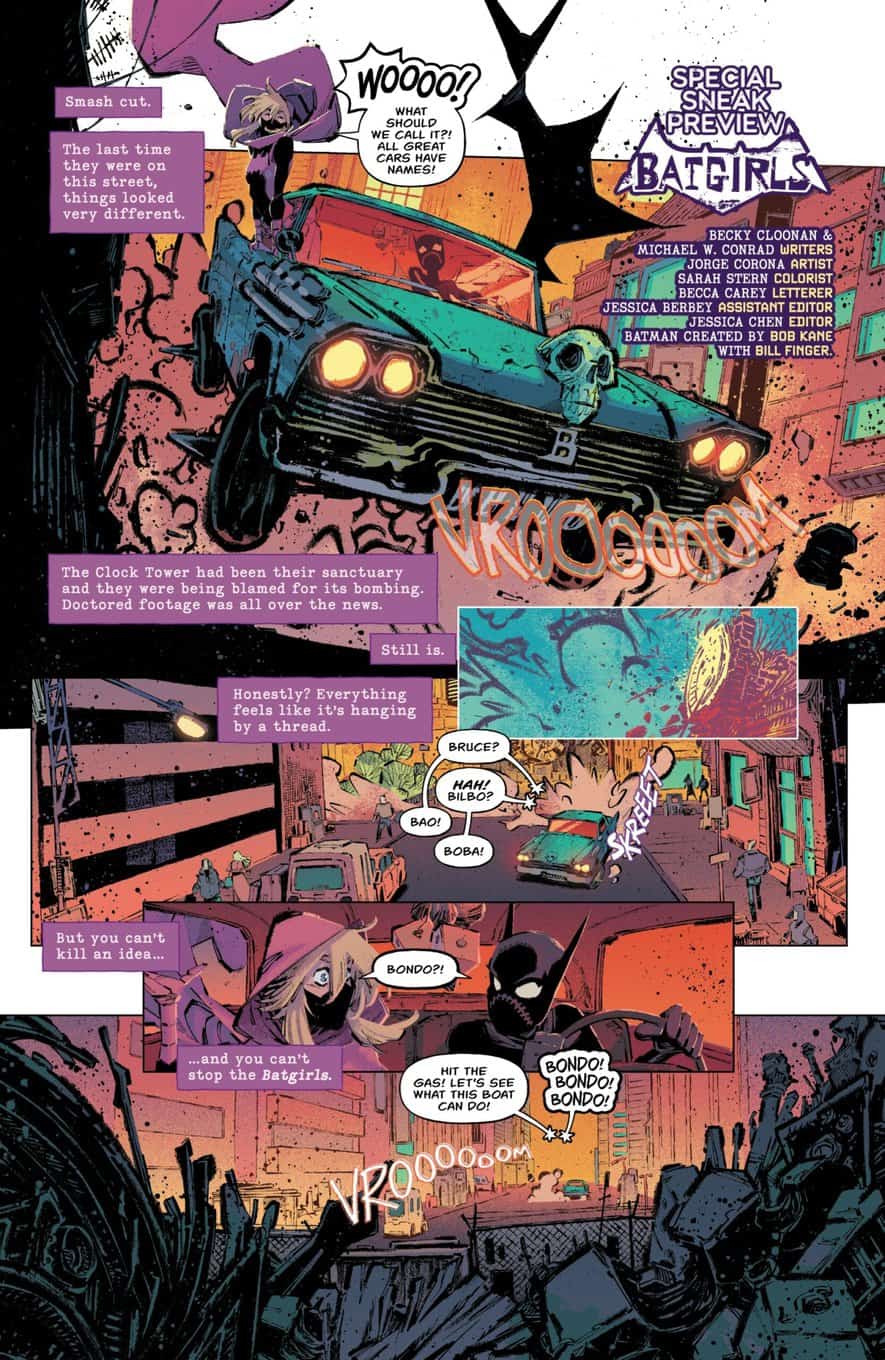 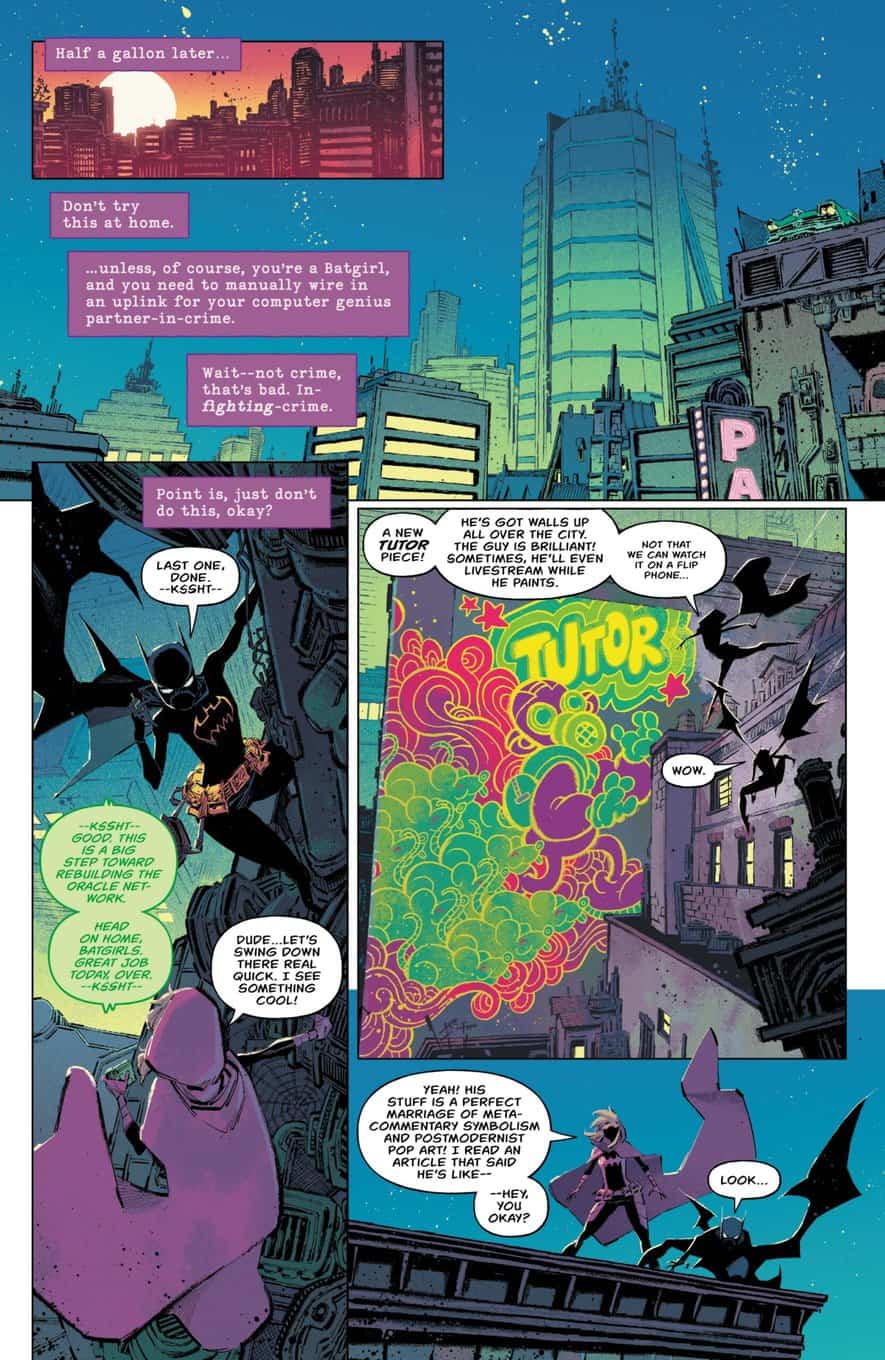 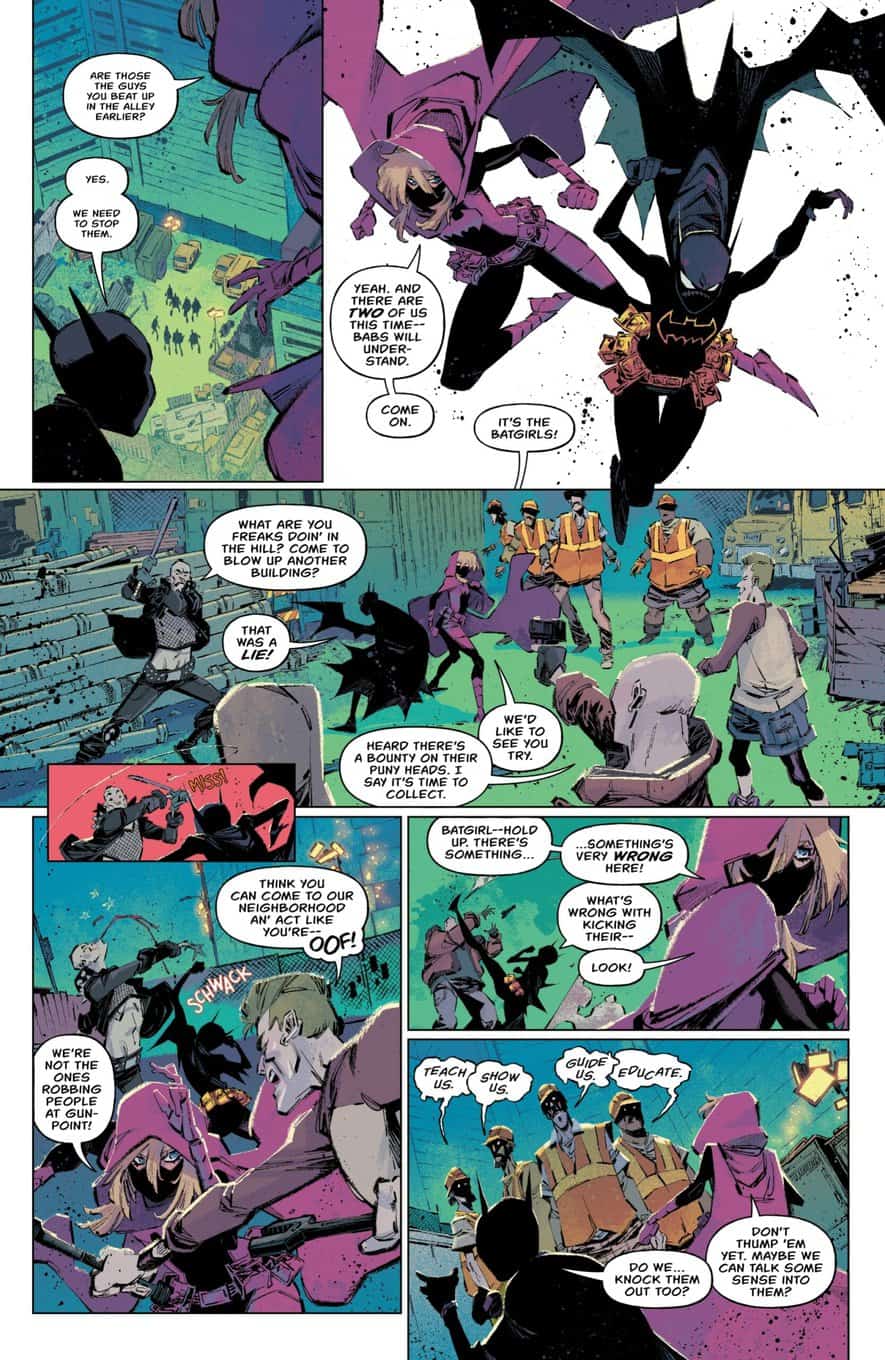 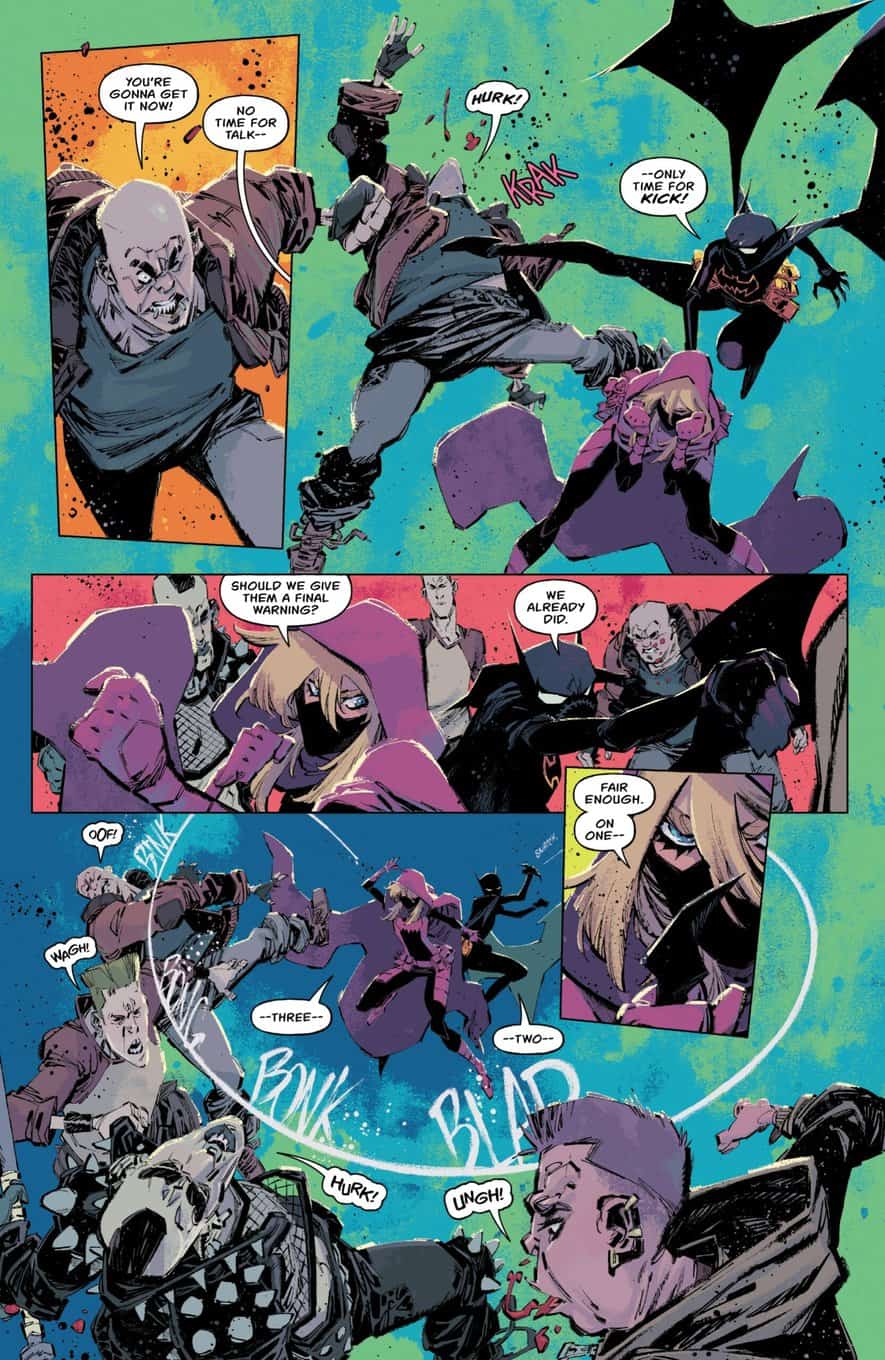 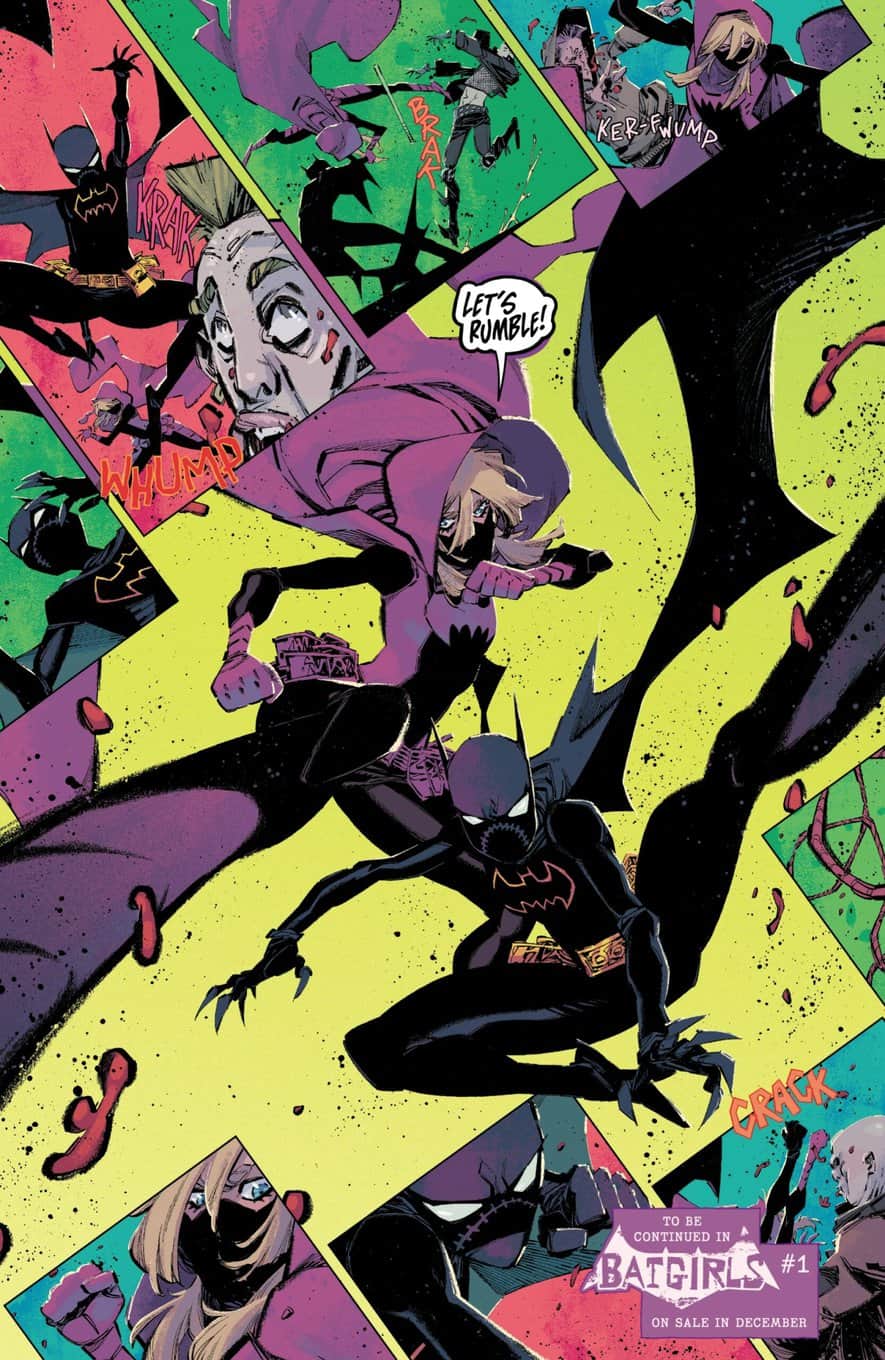 This is writer James Tynion IV’s last work on the series with writer Joshua Williamson taking over with Batman #118 in stores on December 7, 2021 that sees Batman get his yellow oval bat symbol back. 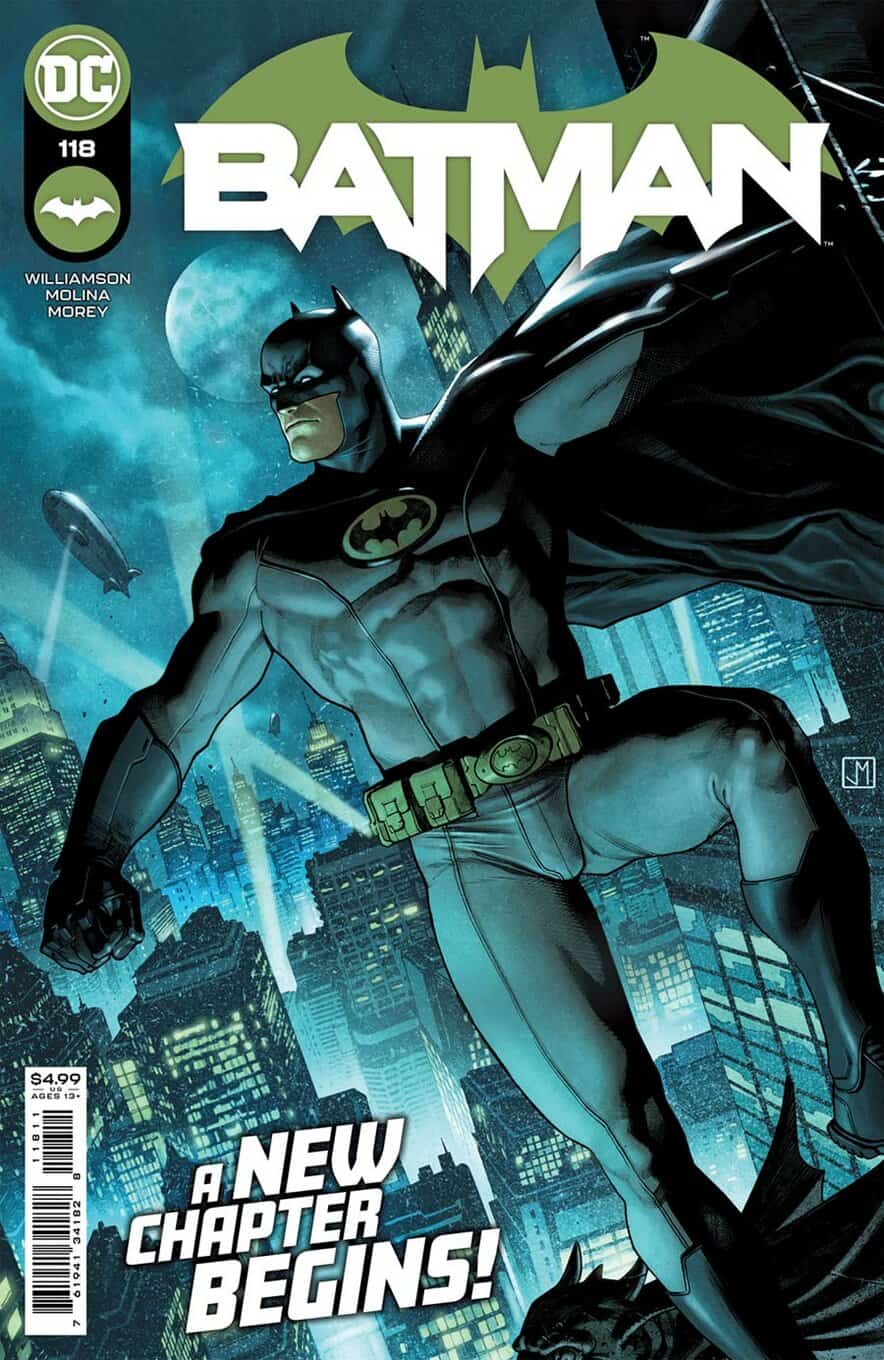 Plus the debut of Abyss. 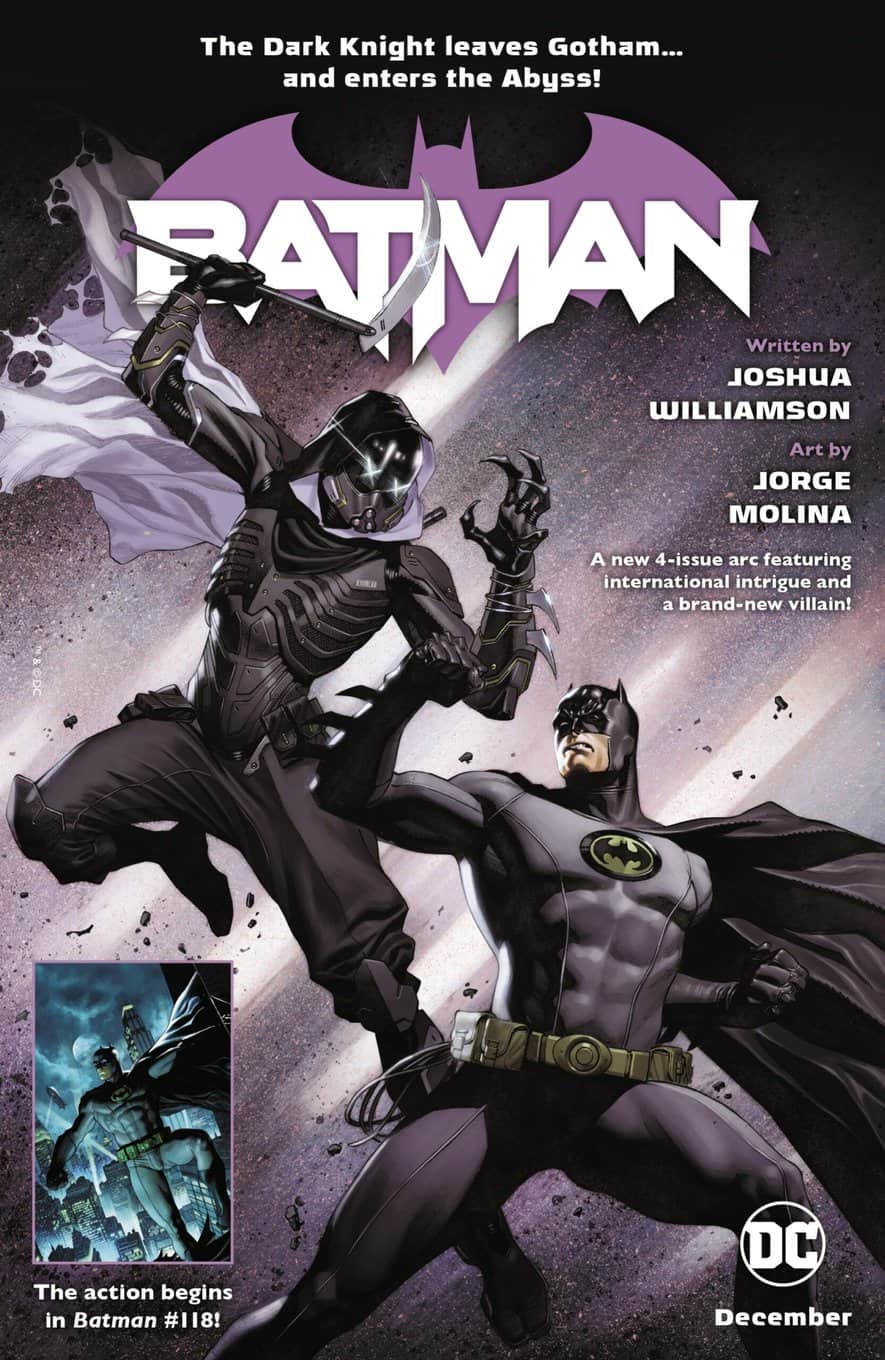 A wild issue with minimal Scarecrow and Simon Saint, the baddies behind Fear State. However, in this era of decompressed storytelling in may work well in the inevitable trade paperback or omnibus. Solid art on both stories with intriguing possibilities about the future. 7 out of 10.