…in the pages of Batman: Urban Legends #7 [which was released on September 14, 2021 and is in stores now], the future hero known as Batman Beyond returned to DC Comics with the battle of his life. In the new story, Terry McGinnis was tasked with finding out who killed his mentor, Bruce Wayne, and discovered plenty of new secrets about his city in the process. Now, with the legacy of Batman resting squarely on his shoulders, Terry McGinnis is embarking on the next chapter of his adventure in Neo Gotham.

As teased on the final page of his Urban Legends story, next year will bring the launch of Batman Beyond: Neo-Year, a six-issue miniseries from writers Collin Kelly and Jackson Lanzing and artist Max Dunbar, the same creative team who brought Terry back to solve Bruce’s murder. Drawing inspiration from classic noir stories like Batman: Year One and Batman: The Long Halloween, Neo-Year will follow Terry as he sets out to rebuild the Batman legacy for himself, even as the very heart of Neo Gotham seeks to oppose him at every turn.

“This is the long-awaited next chapter in Terry McGinnis’ life—one where he must learn what becoming Batman means to him in a city that doesn’t want to be saved,” Lanzing told SYFY WIRE. “We’re digging into the noir tradition of Batman: Year One and The Long Halloween to push Terry past the lessons Bruce gave him and into a tradition defined by his own character and the strange new Gotham in which he operates. What’s past is prologue. This Batman must go beyond.”

In the gallery below, you can get an exclusive first look at Neo-Year #1 via Dunbar and colorist Sebastian Cheng’s main cover for the issue, as well as a variant cover by Christian Ward. 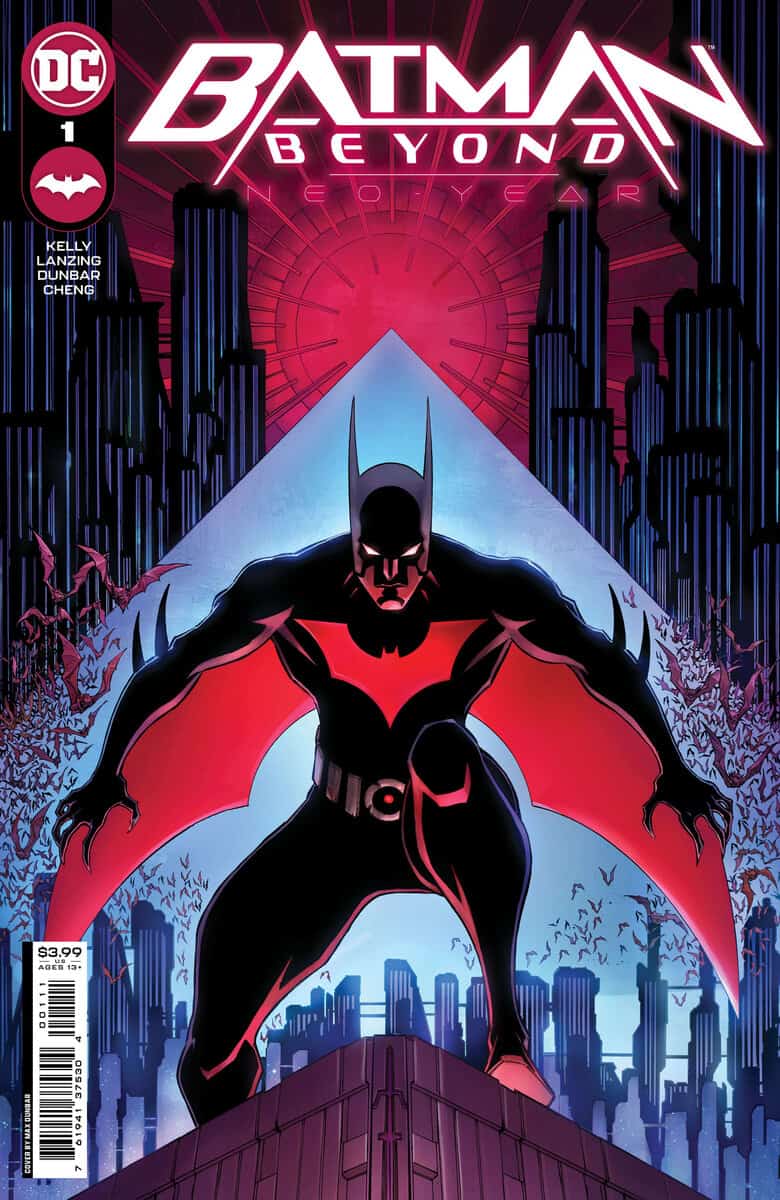 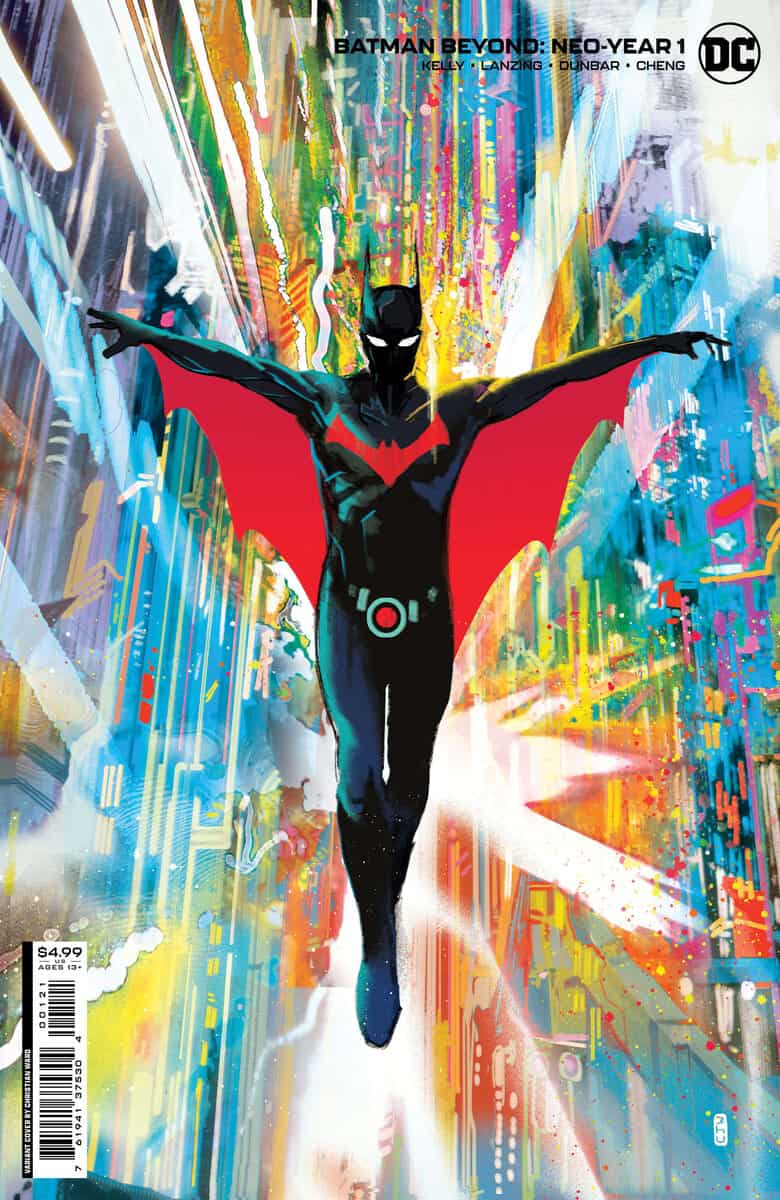 …Lanzing added, “Our number one priority with Neo-Year is to introduce new villains, new allies, and a new paradigm for Neo Gotham. Fans can expect the return of certain fan favorites like the Jokerz and Commissioner Barbara Gordon—but we’re taking this opportunity to forge a new era quite seriously. Bruce’s villains reflected his journey through mental health. obsession, and tragedy—it’s time that Terry had a rogues gallery who reflected his path through legacy, loneliness, and hope.”

The next phase of Terry’s path forward begins when Batman Beyond: Neo-Year #1 arrives April 5, 2022. 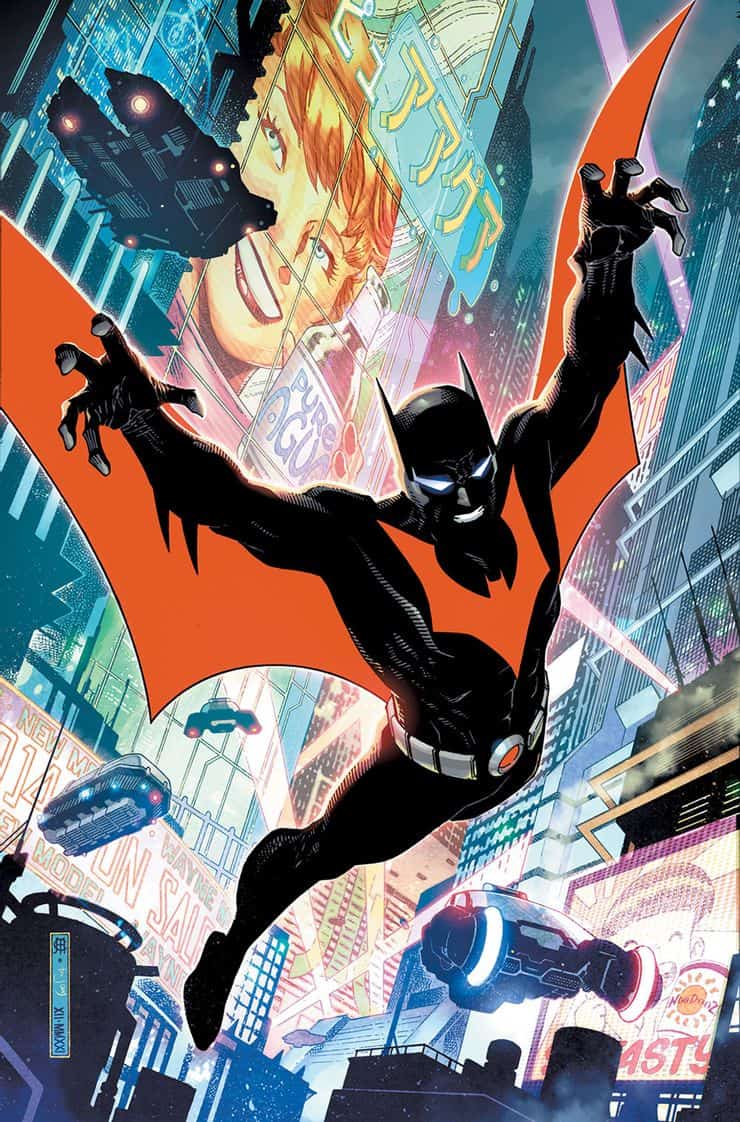 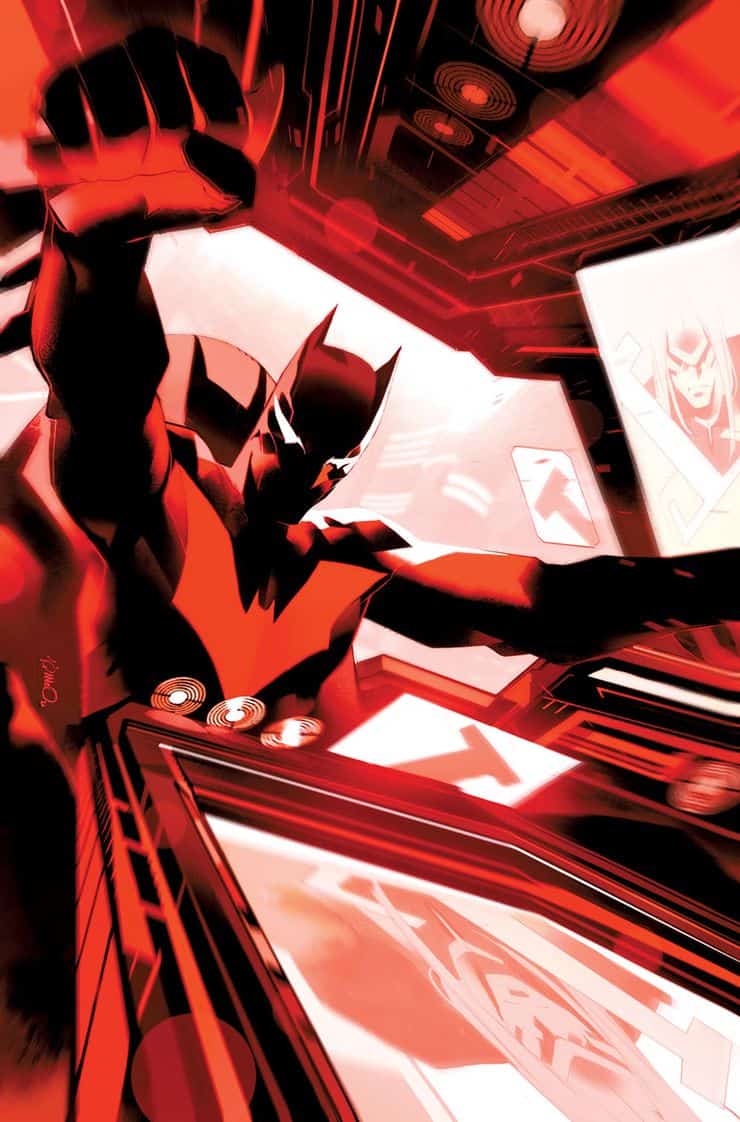 Three Wishes For Cinderella arrives on Blu-ray in October