Savage Dragon #1 debuted in 1992, the third comic book released under the Image Comics icon, with it’s first mini-series with its four issues initially collected in 1993. 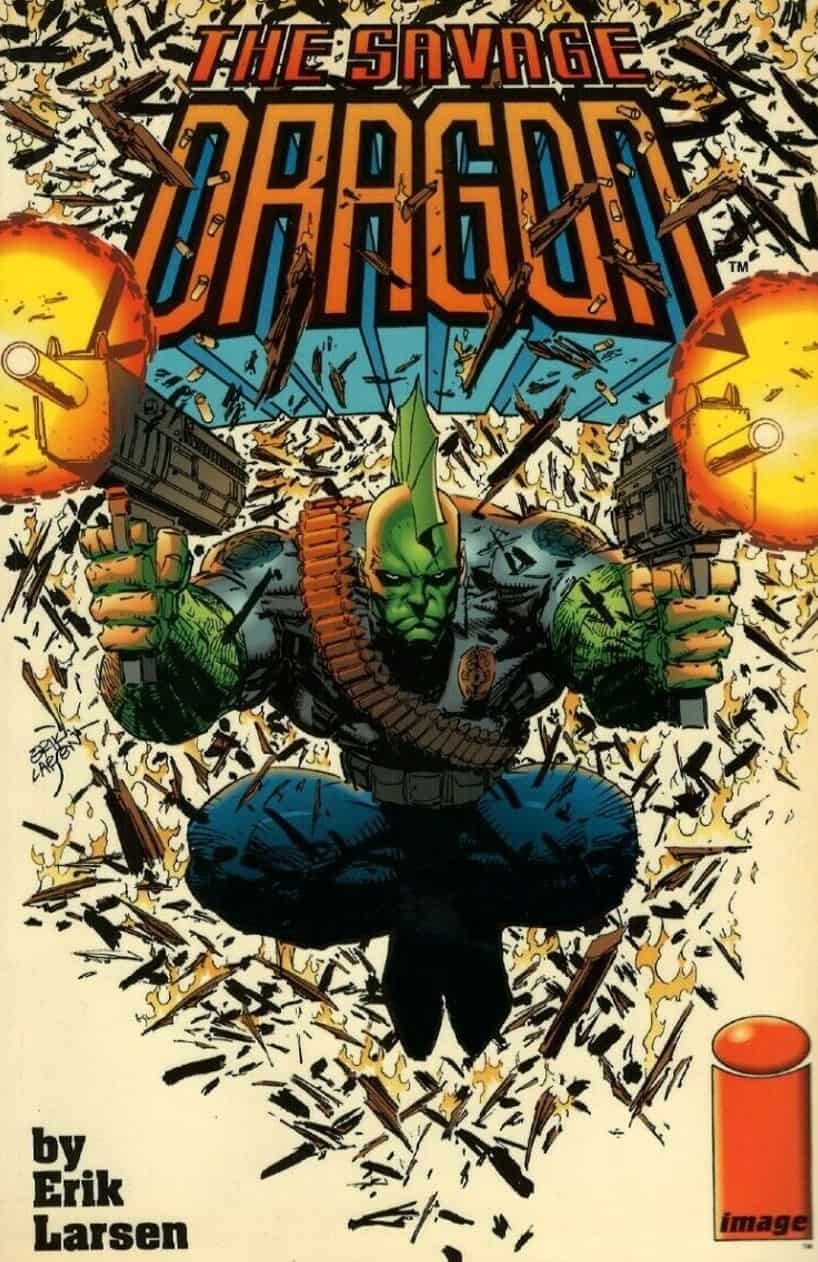 The man known as the Dragon is found in a field of fire, and without any memory of who he is, or where he’s from. Chicago is a city where the super-human villains out number, out gun, and out power the police, and the heroes are falling like flies. Can Lieutenant Frank Darling convince Dragon, perhaps the only person the strength to stand up to the mutants, to join the police department?

Erik Larsen is Image Comics’ iron man having written and drawn the Savage Dragon since its inception and its official series debut with Image Comics. Todd McFarlane got to issue #300 quicker, but McFarlane has not been a steady penciller, for example, on his series. As of January 2022, Image Comics releases Spawn #325 and Savage Dragon #261.

While the first four issues of collected read quickly and easily, Larsen seems to have found the best balance on art and writing in the early days of Image Comics compared to his six other founding peers. The art was, naturally, dynamic and very much unique evoking Larsen’s style. However, he also found the “less is more” approach to scripting that many of his peers, or those they hired to write, missed badly in their creative owned initial offerings. This book was not over scripted and the art, in many ways, was able to tell much of the story with text complementing not supplanting the art.

It wasn’t a happy story and the Dragon’s struggles or the emotions they evoked felt relatable. He was conflicted about joining the police force, but was manipulated by a mentor. He had a relationship itch he scratched one evening only to have her killed next day by a villain in his apartment the morning after.

Even the questions asked about how an amnesiac could be trusted to do the right thing on the police forces was a valid line of questioning; could he have villainous tendencies? That could also have been the effort to “other” the Dragon because he looked different; an experience that many people that do not identify as Caucasian in North American can related to.

A fun, entertaining and beautifully rendered collection. Probably the strongest on art and story of all seven Image Comics founders’ opening salvos. 8.5 out of 10.