Marvel has teased a big spring and summer for the Hulk and Thor, both celebrating 60th anniversaries, but Marvel also added more about its April 2022 plans. 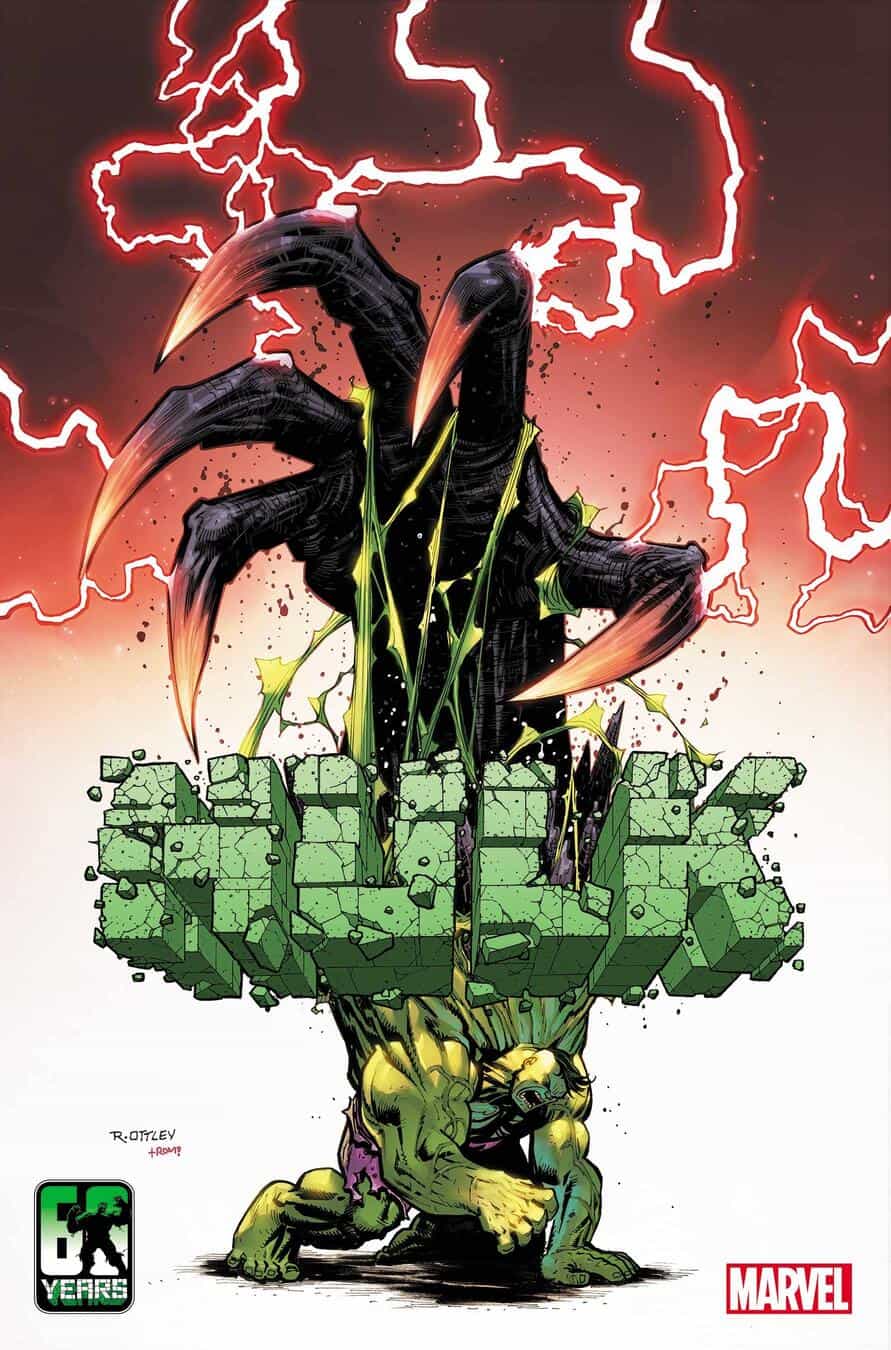 The first arc of Donny Cates and Ryan Ottley’s mind-blowing Hulk saga will reach its epic climax as Bruce Banner’s control over Starship Hulk slips…and something much worse takes the wheel. The new threat that emerges promises to smash the HULK mythos to its core and will fuel Bruce Banner’s rage for the foreseeable future.

“This new threat is basically the Hulk’s Knull, but just like Donny and Ryan’s run on HULK overall, it’s crazier and more dangerous than you can imagine,” Editor Wil Moss said. “The heroes of the Marvel Universe may think Hulk is the problem, but he’s not — THIS is the problem. And after HULK #6, there’s no stopping it…”

Check out your first glimpse of this new powerhouse Hulk character on Ryan Ottley’s cover for HULK #6 and stay tuned to upcoming issues of HULK to learn more!

However, it looks like this dark Hulk debuted this week in Hulk #3. 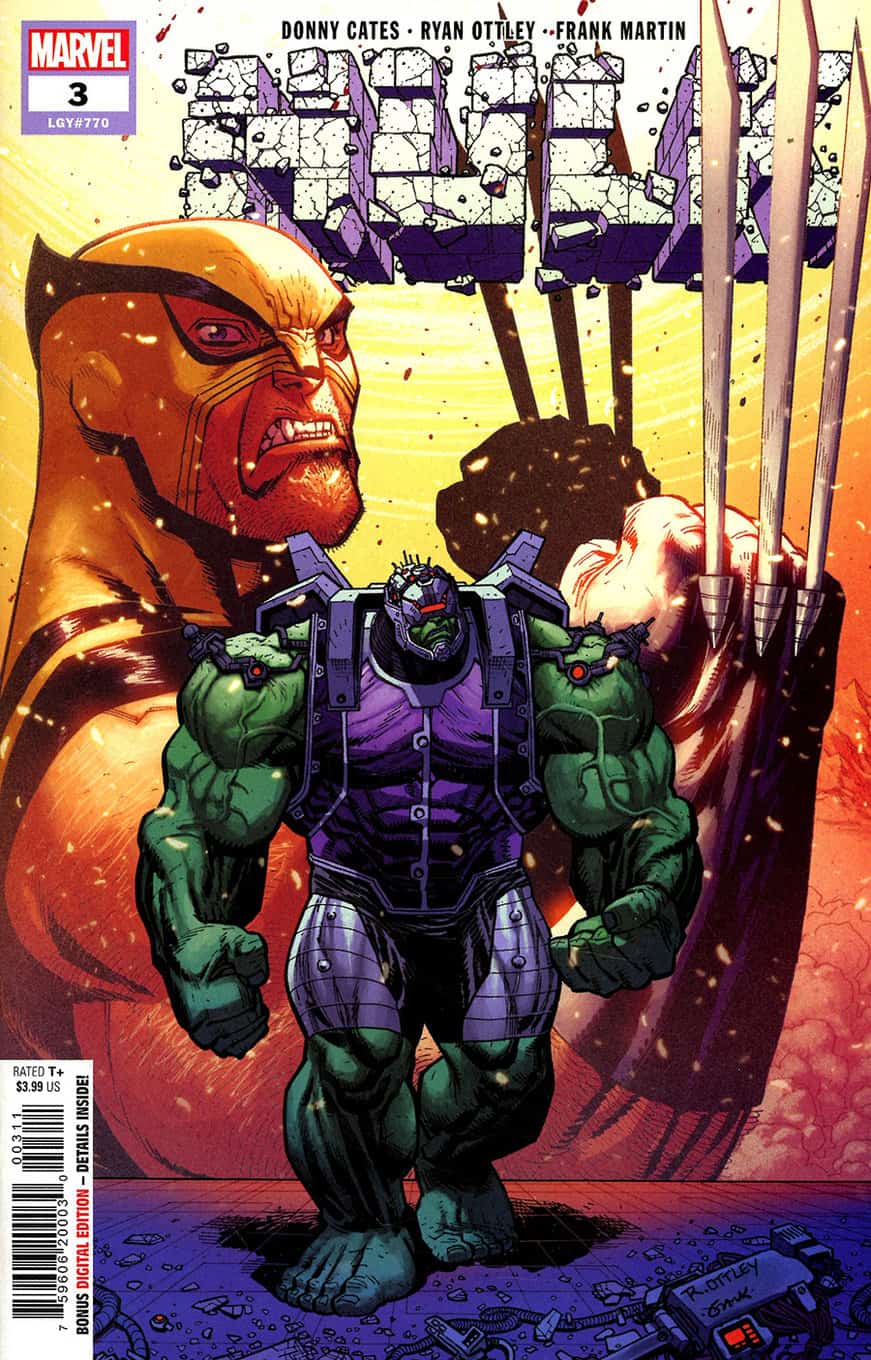 The promise of the issue is noted in its solicit.

There is another Bruce Banner! But where is his Hulk? The answer to that question? Well, it’s a doozy. And it’s about to change our Hulk’s entire course of action! The most insane, action-packed HULK story you’ve ever read gets even MORE epic as Donny Cates and Ryan Ottley take things to a whole other level!

Well, it looks like this deadliest Hulk is revealed in a flashback scene. 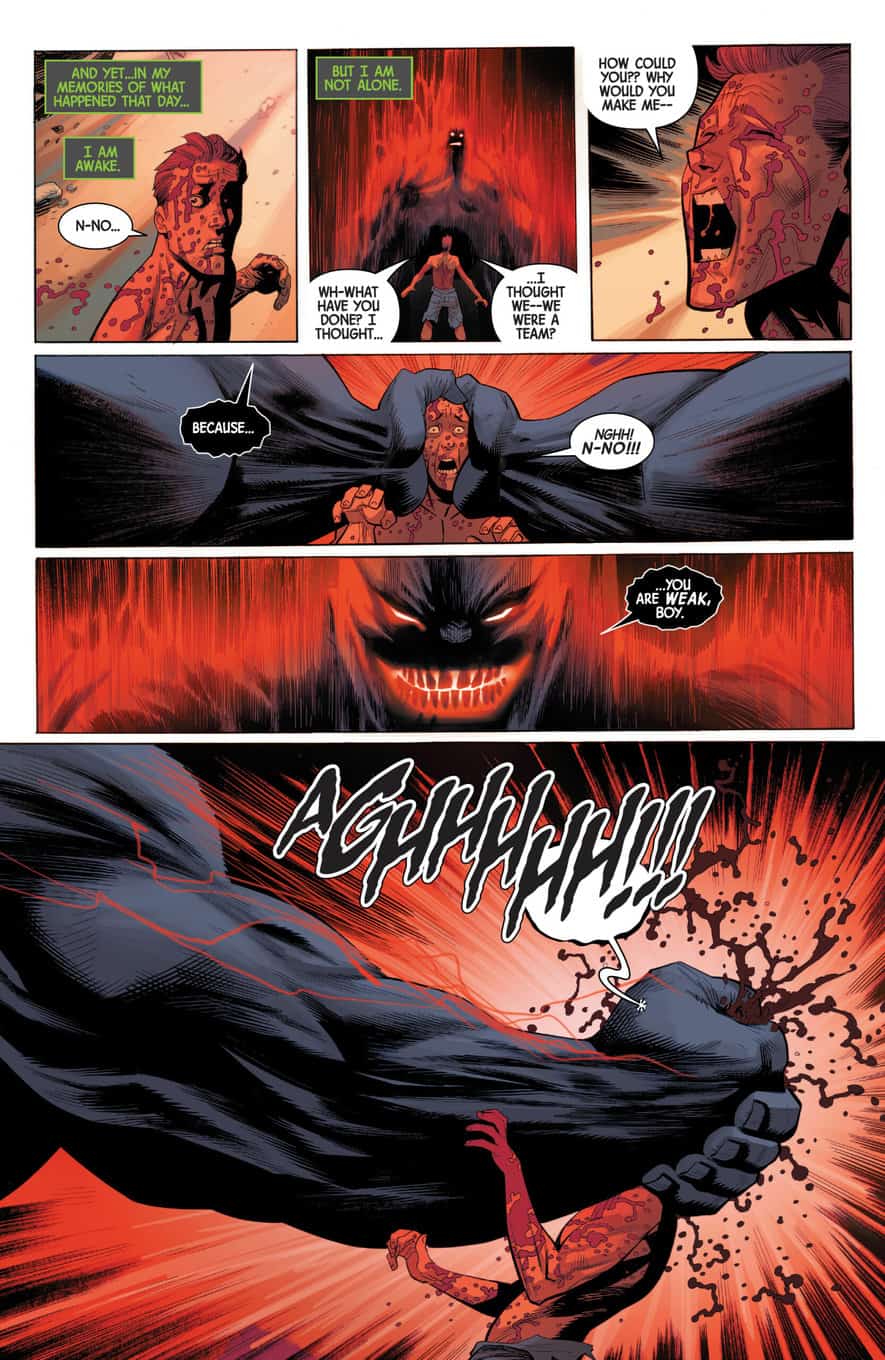 However, he / it is also seen in modern day lurking in Starship Hulk?! 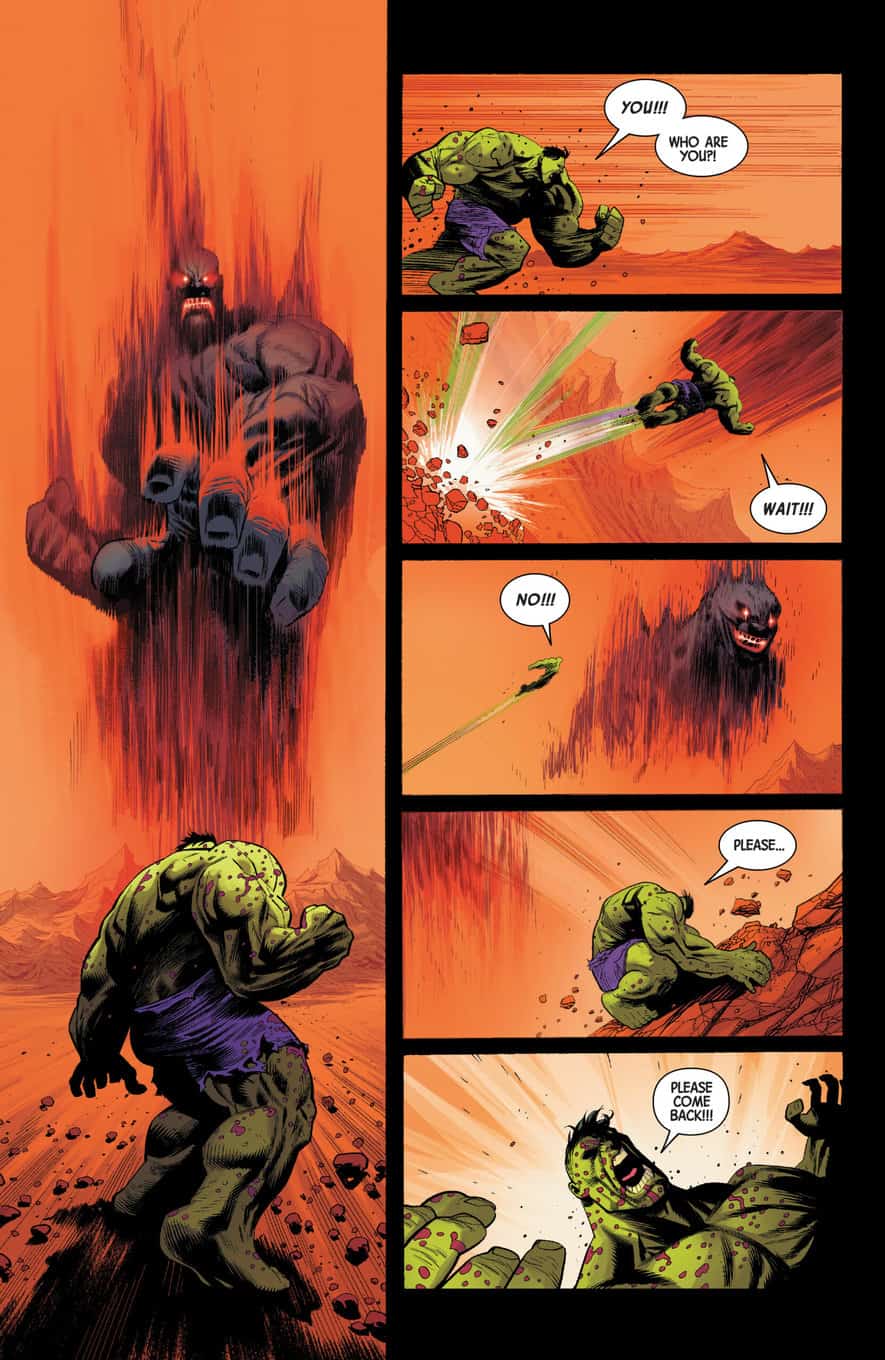 Who is this deadliest Hulk?