Can Royal Flush Gang Get… 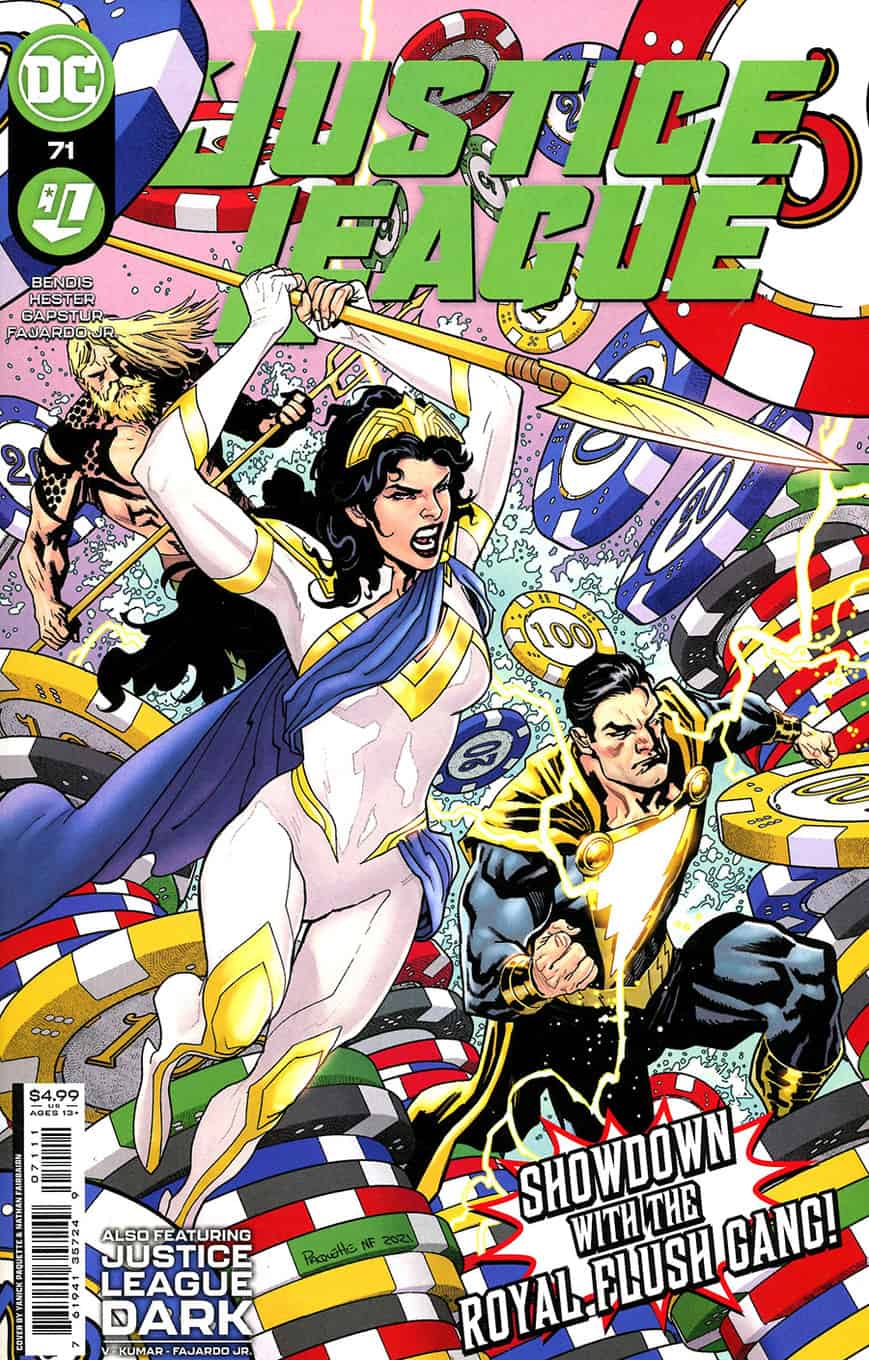 …An Royal Flush This Time?! 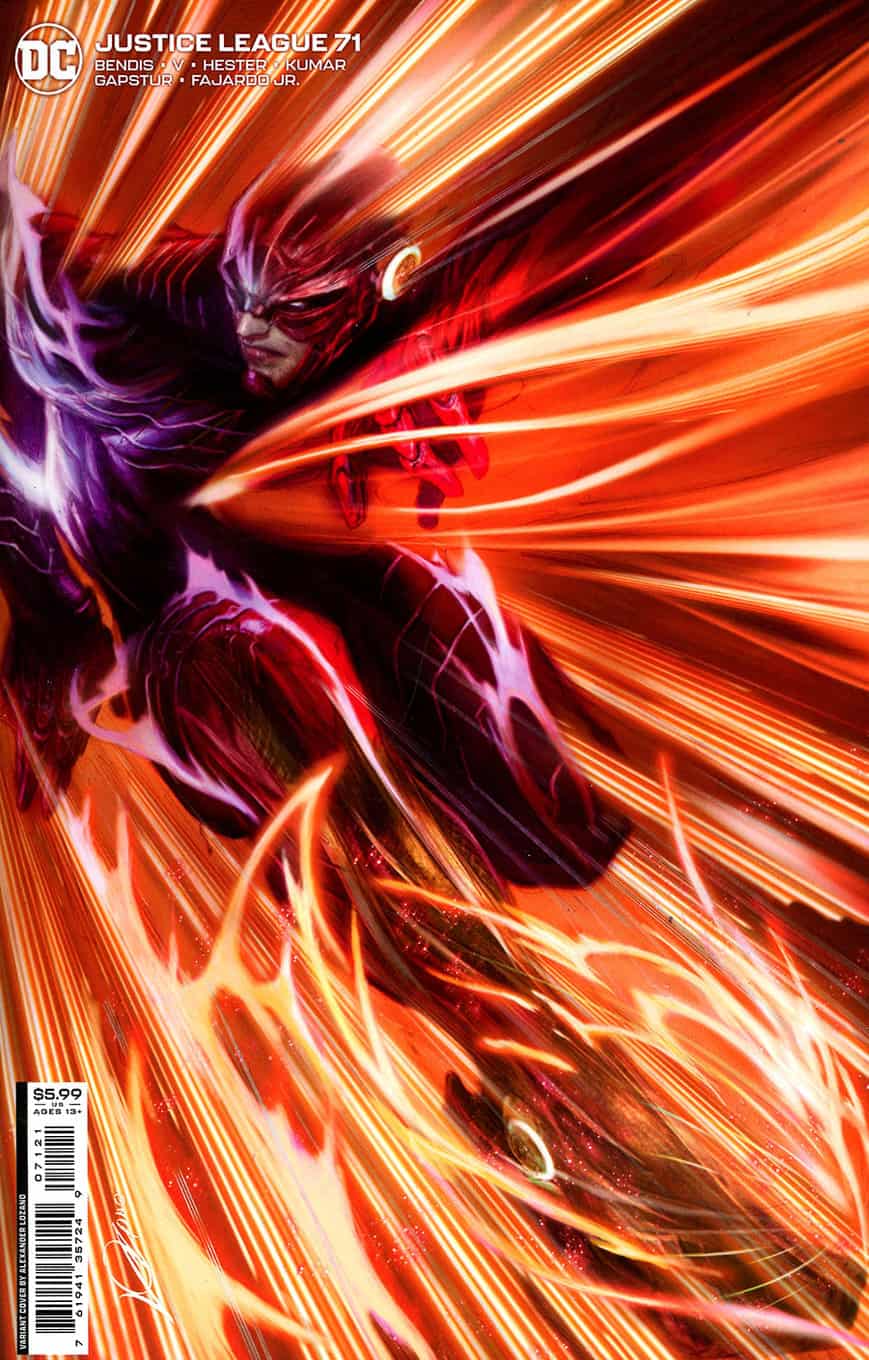 The promise of the issue is revealed in its solicit.

The Royal Flush Gang hatched one of the most elaborate plans in the history of the DC Universe, and now we know that all of it was a prelude to the crime of this and maybe even the next century. How does it connect to the trial of Black Adam?

When all seems lost, hope can still be found! With Wonder Woman now by their side, the Justice League Dark have survived to fight another day. Merlin is only getting started—can the team still prove they have the magic within to defeat the medieval mage? 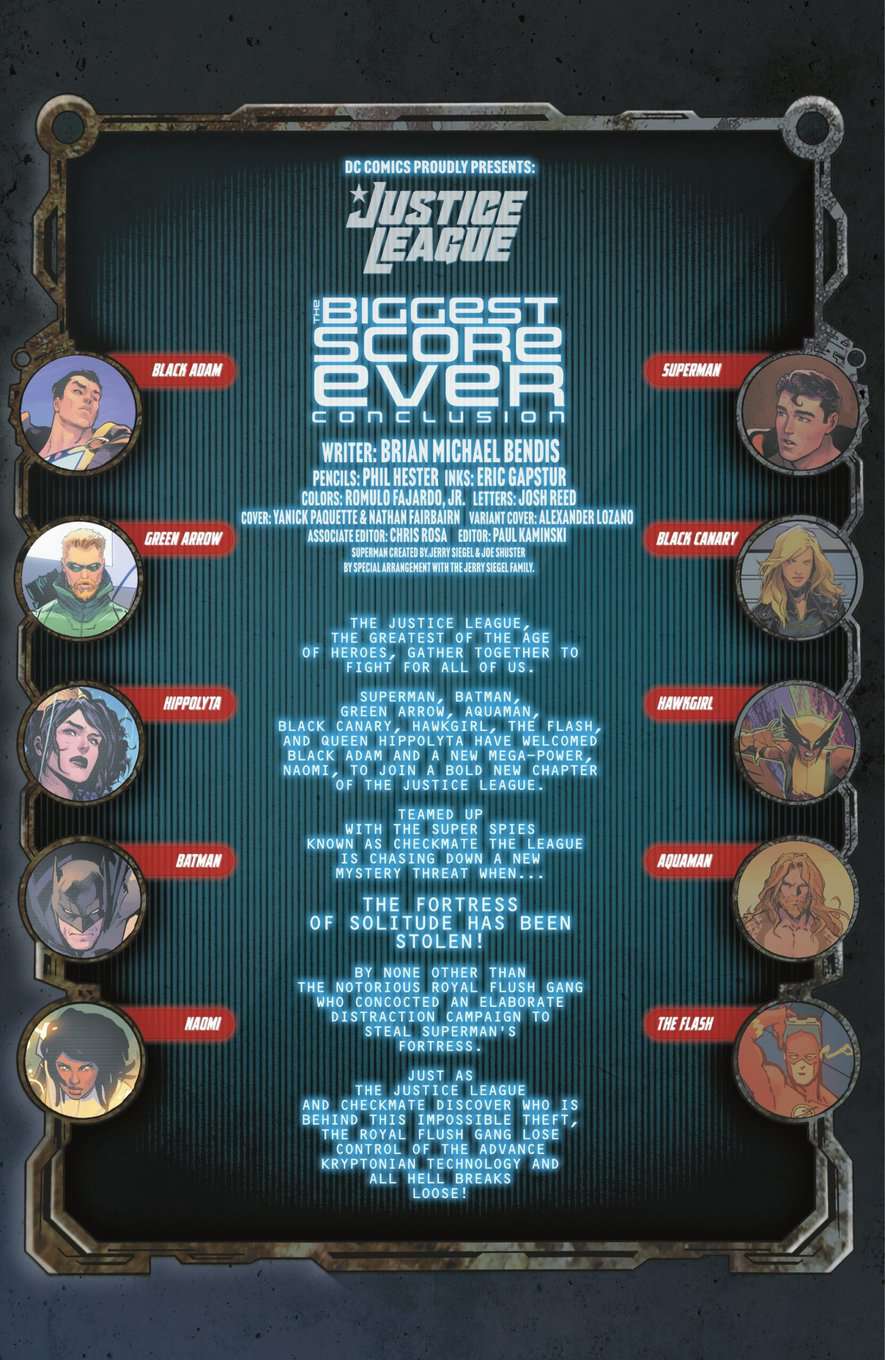 The King of the Royal Flush Gang apologizes for stealing Superman’s Fortress of Solitude and asks how the Justice League responded to their machinations. 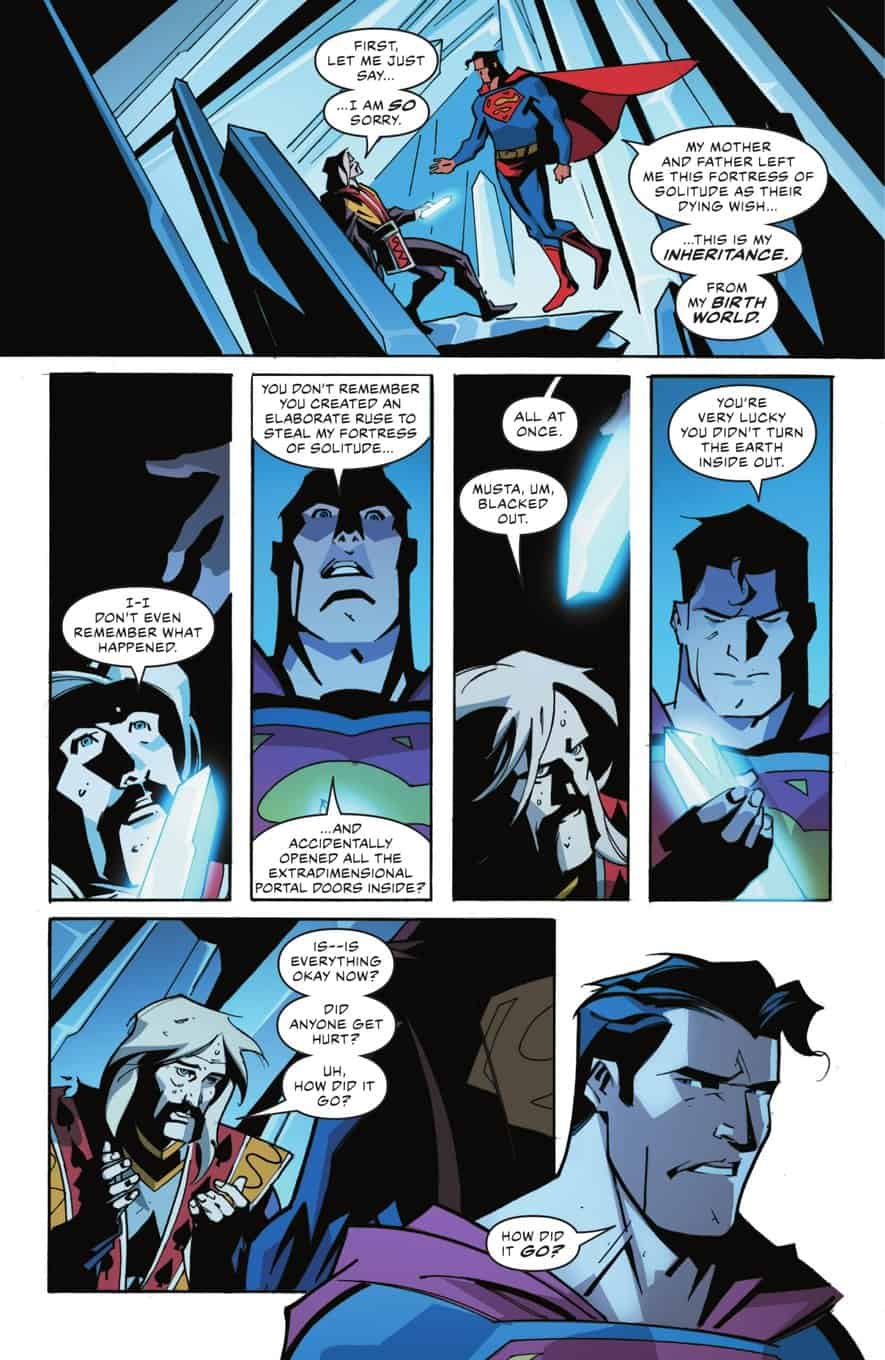 Over three beautiful art-forward textless pages (one, two and three) we see the Justice League thrashing the interdimensional threat foisted on them. 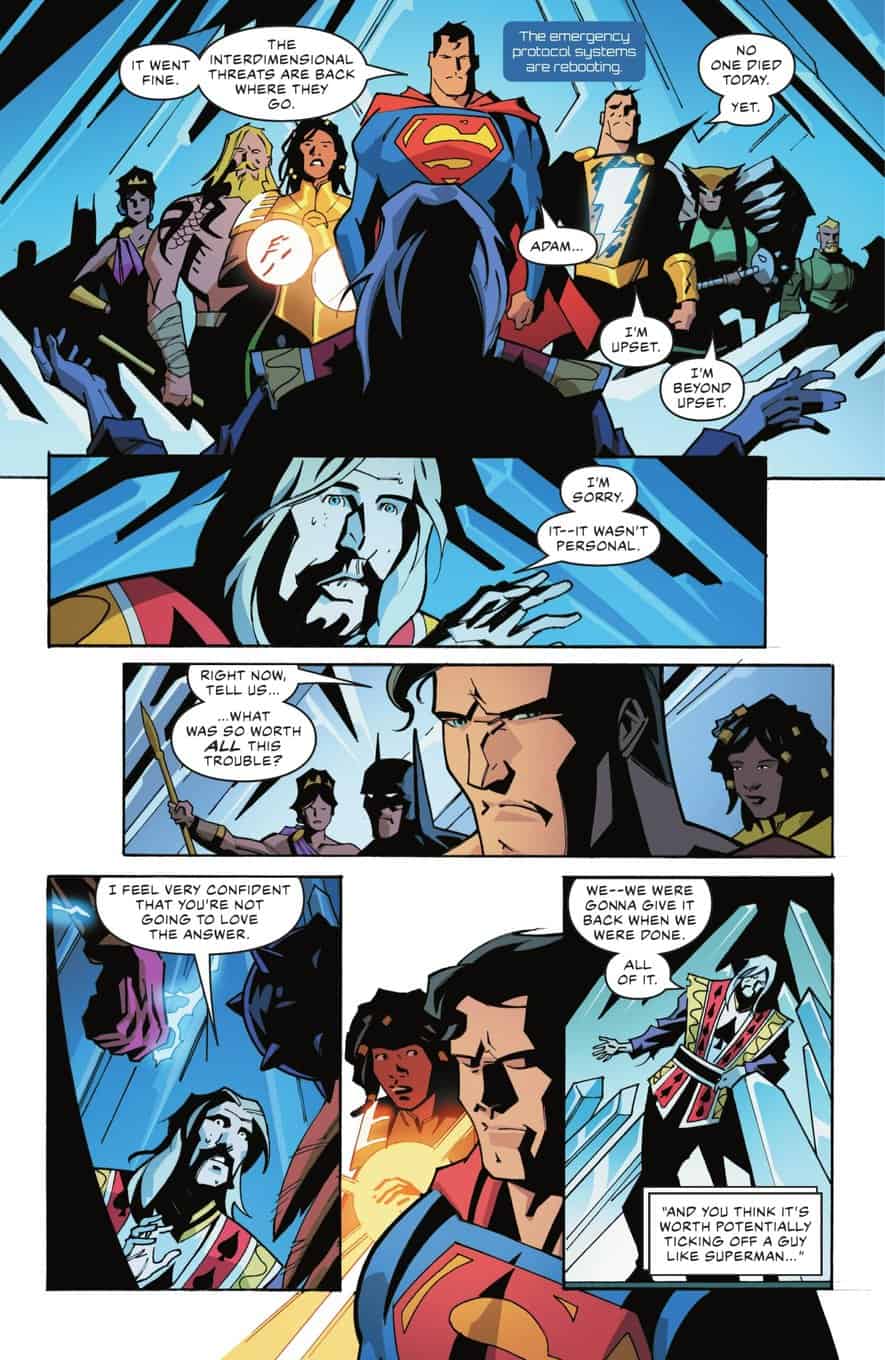 We also get a flashback to see how the Royal Flush Gang’s latest plot was hatched, but… 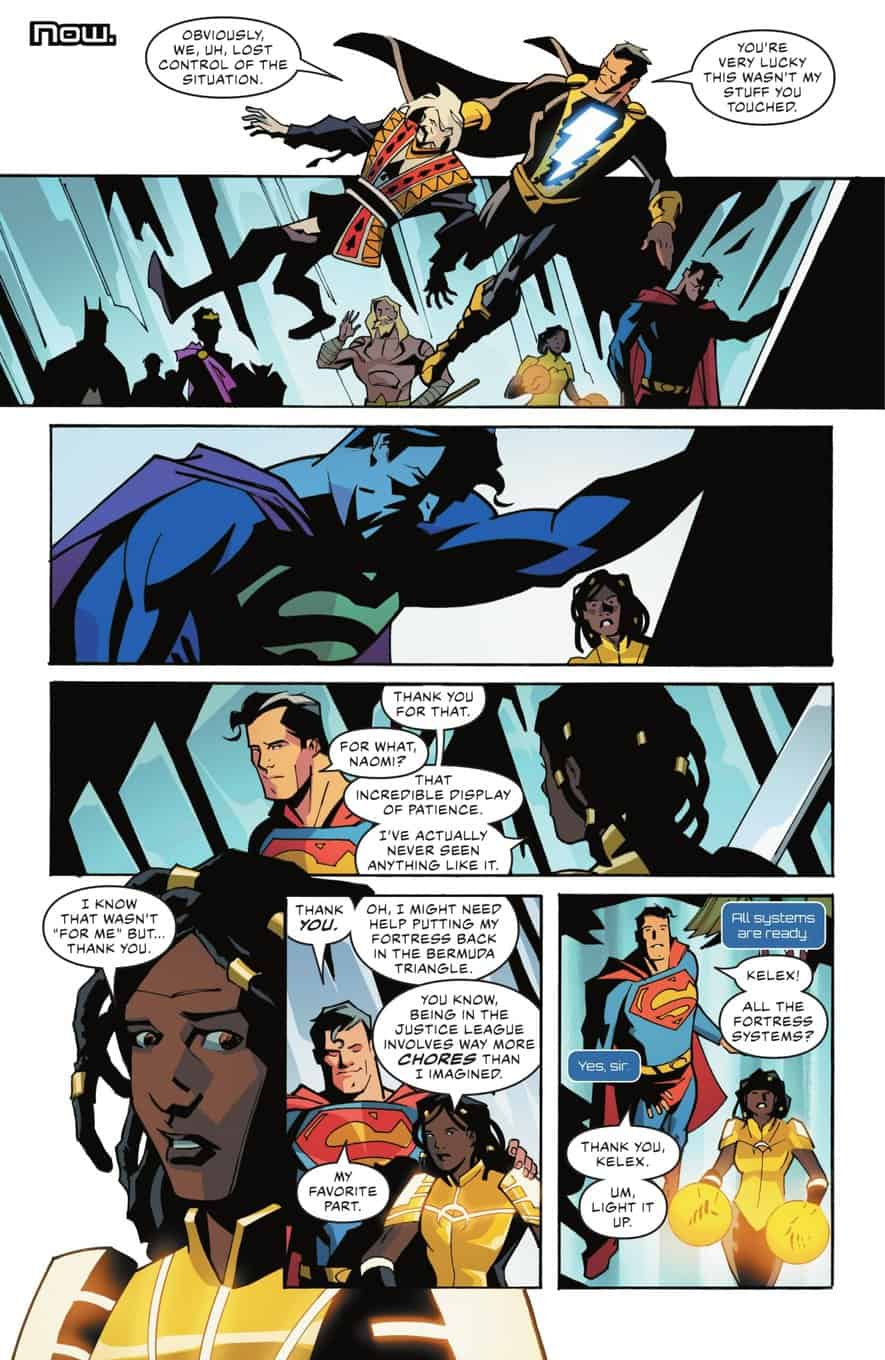 …despite talk of apologies, they attack the Justice League again and… 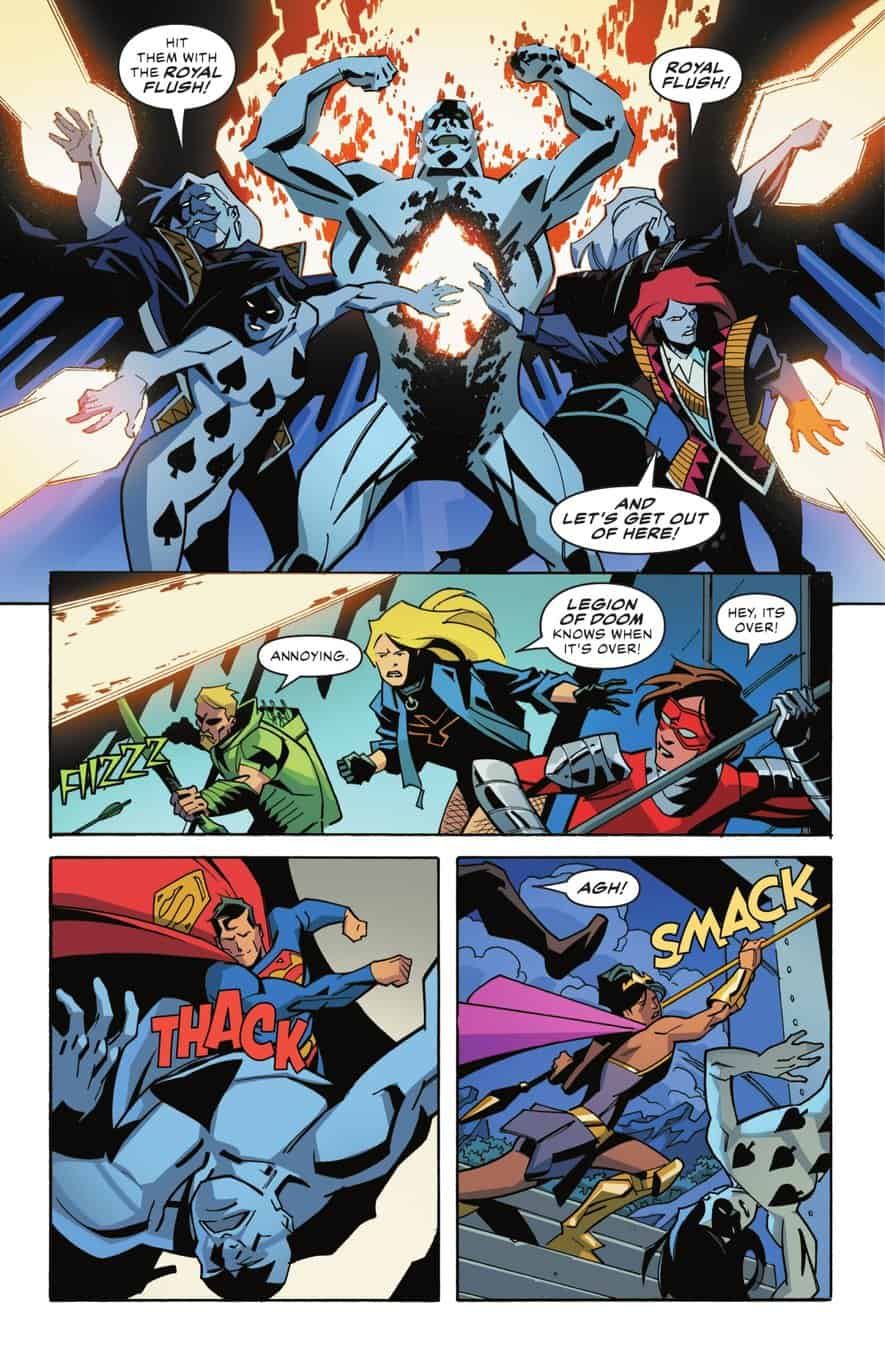 …having a losing hand. 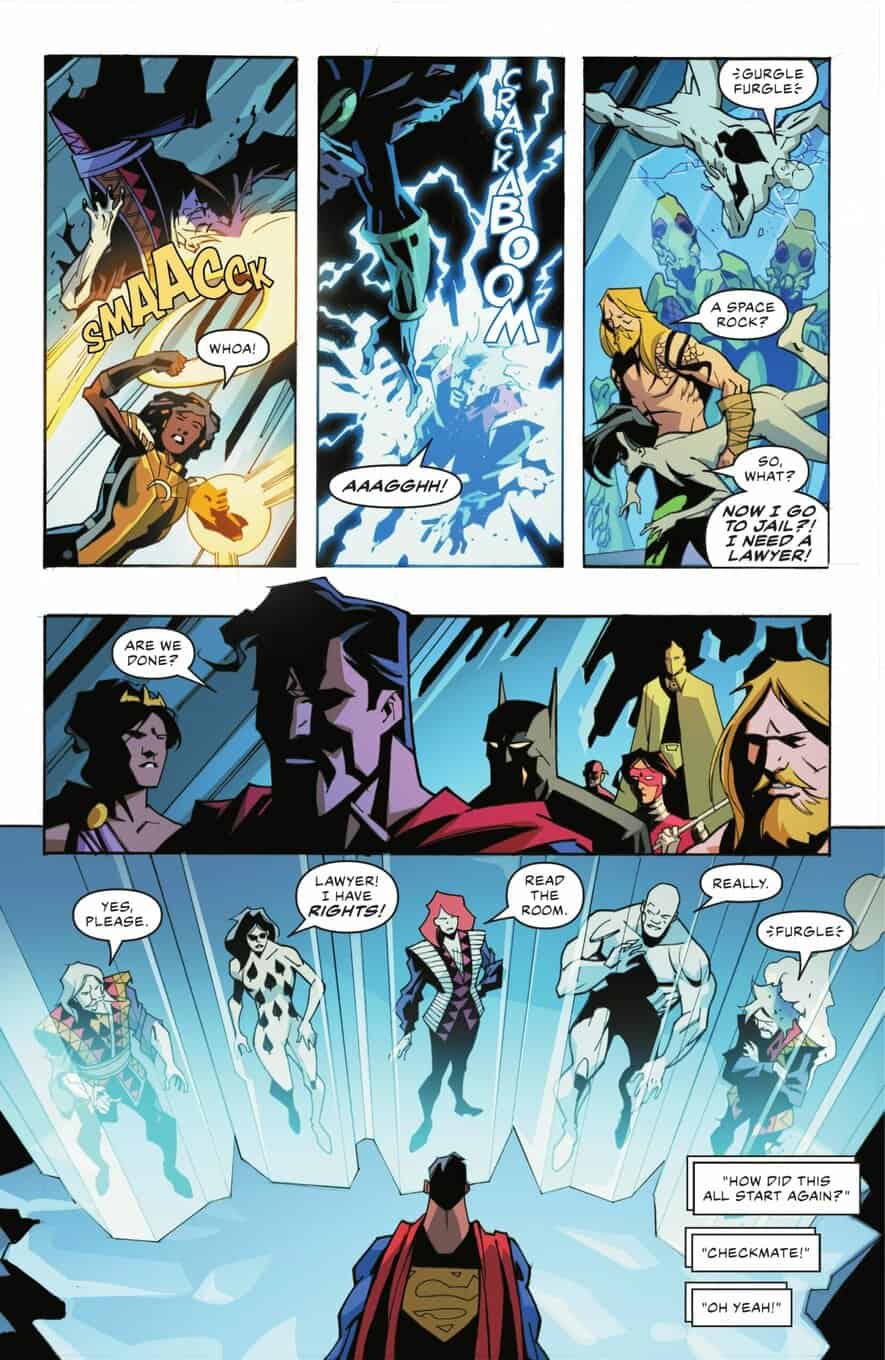 The book ends with Lois Lane’s brother codenamed Daemon Rose invited to and actually joining Checkmate at Green Arrow’s request as well as the Justice League confronting GA over his dual loyalties, but actually thank him for his scheming. 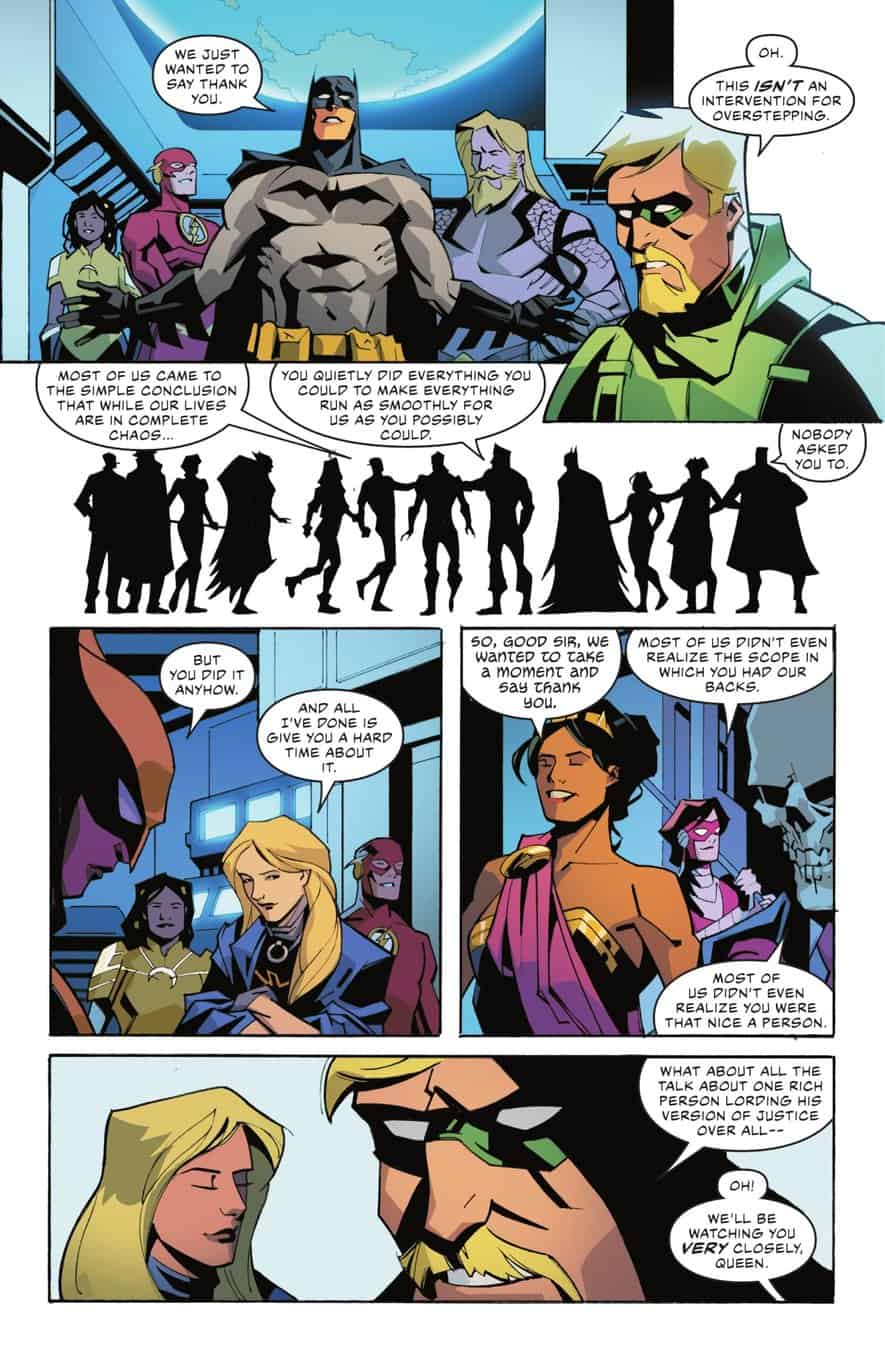 The main story ends either on a détente or an alliance forged between the Justice League and Checkmate. 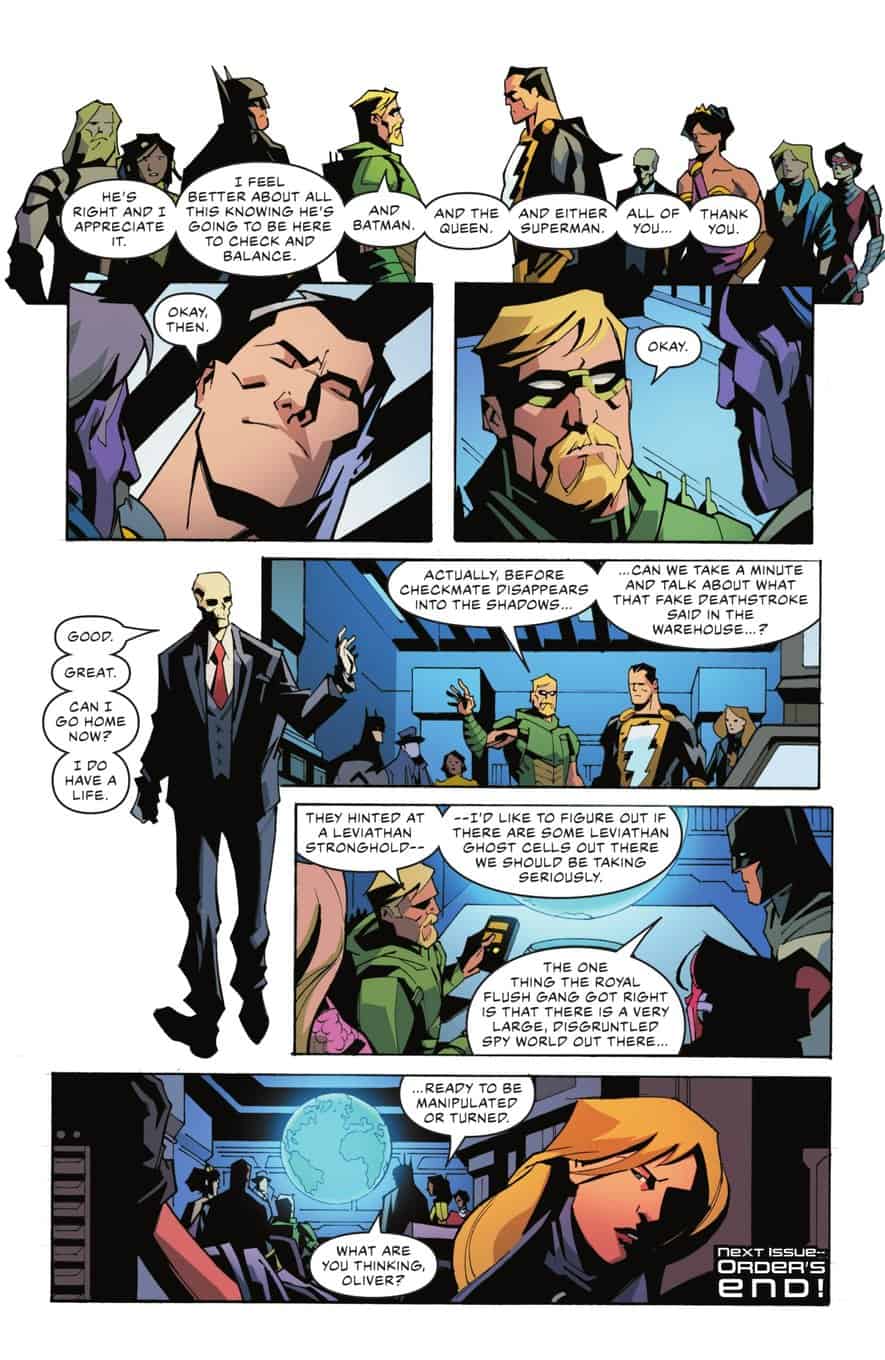 The back-up remains focused on the Justice League Dark… 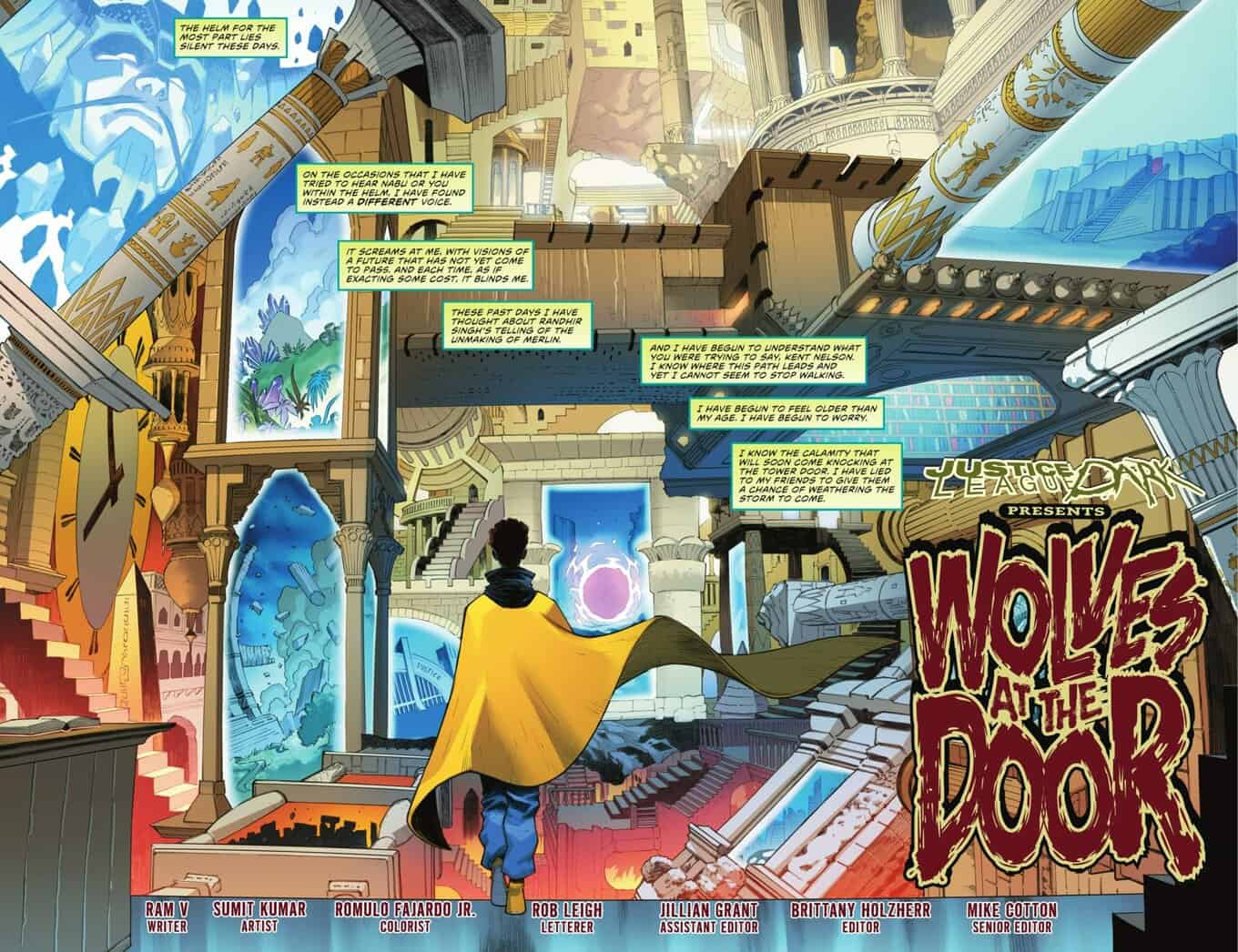 …with the special focus on the modern era Doctor Fate Khalid Nassour. 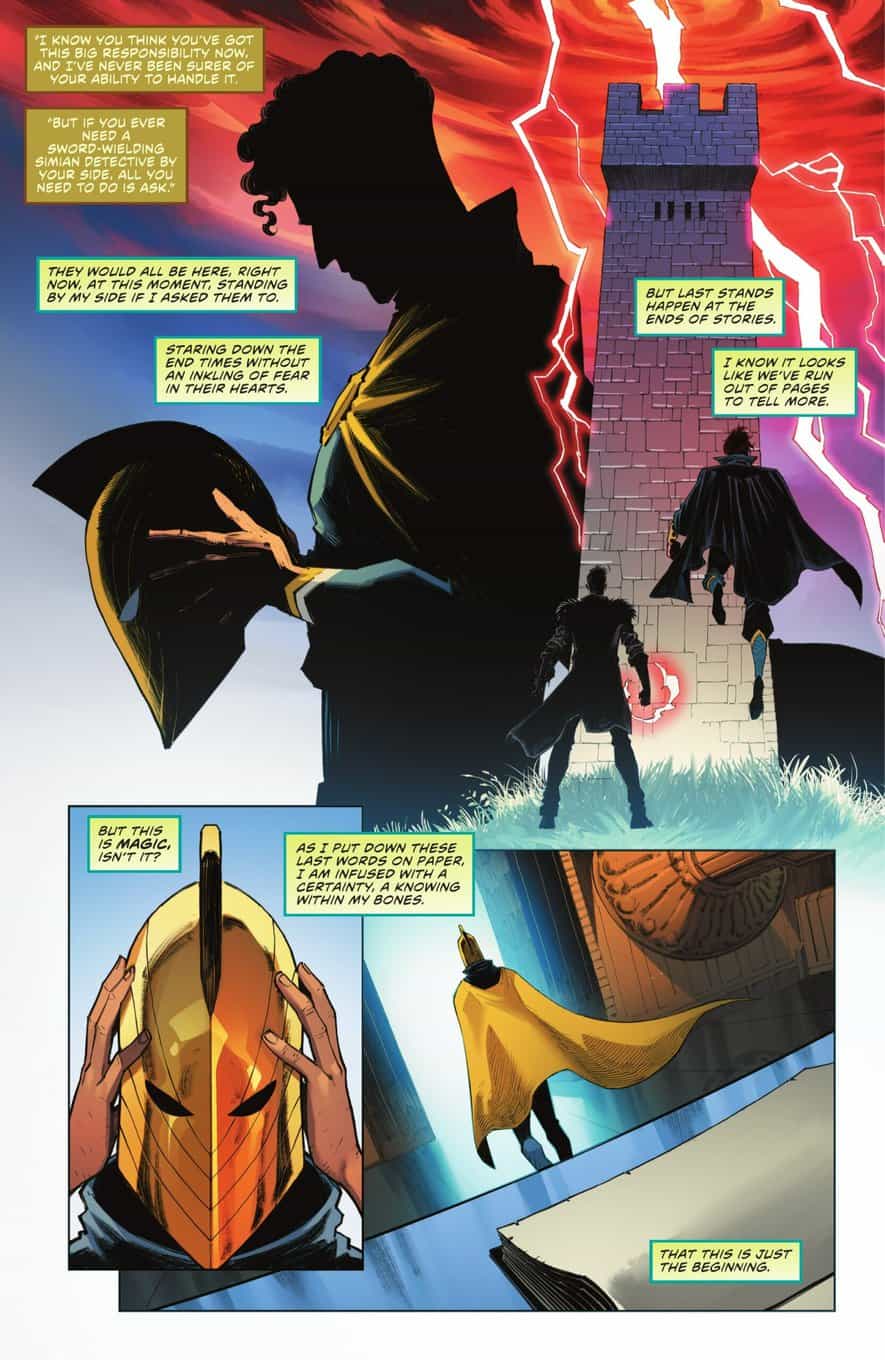 A satisfying issue, but feeling less relevant due to the upcoming Death of the Justice League. Art was amazing on both stories with the story on JLD stronger than the main story. Entertaining though. 7 out of 10.