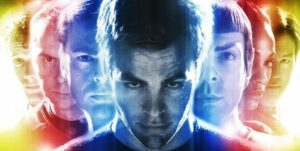 Paramount is getting the Enterprise gang back together. No, not the 1960s series turned film series cast, but rather the cast of the J.J. Abrams relaunch that debuted in 2009 and went on to star in two subsequent movies.

Paramount executive Brian Robbins and producer Abrams made the announcement at Paramount’s investor event Tuesday, although details were not revealed. No deals are in place, but Paramount hopes that returning castmembers will include Chris Pine, Zachary Quinto, Simon Pegg, Karl Urban, Zoe Saldaña and John Cho, who have starred in three films, beginning with 2009’s Star Trek.

The announcement signals a breakthrough to relaunch Trek on the big screen. The studio has been trying to regroup the cast since at least in 2018, when negotiations with Pine and Chris Hemsworth, who had a small role in Abrams’ 2009 film, fell through. Since then, Paramount has tried to redevelop the project, with creatives such as Quentin Tarantino and Noah Hawley taking stabs at films that did not move forward. Pine also played Captain Kirk in Star Trek Into Darkness (2013) and Star Trek Beyond (2016), the last big-screen outing.

WandaVision director Matt Shakman is directing the next Star Trek movie, with Josh Friedman and Cameron Squires rewriting a script from Lindsey Beer and Geneva Robertson-Dworet.

In recent years, Trek primarily has lived on the small screen, with numerous streaming shows on Paramount+ including Star Trek Discovery and Picard. Executives at Paramount’s investor day noted the company was focused on creating franchises that lived both on the Paramount+ streaming service and on the big screen, with other projects announced including a third Sonic the Hedgehog movie as well as a live-action TV spinoff starring Idris Elba’s Knuckles. Filmmaker John Krasinski also revealed his A Quiet Place Part III will arrive in 2025. 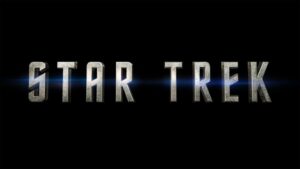