In The Middle Of A Fatal Family Feud! 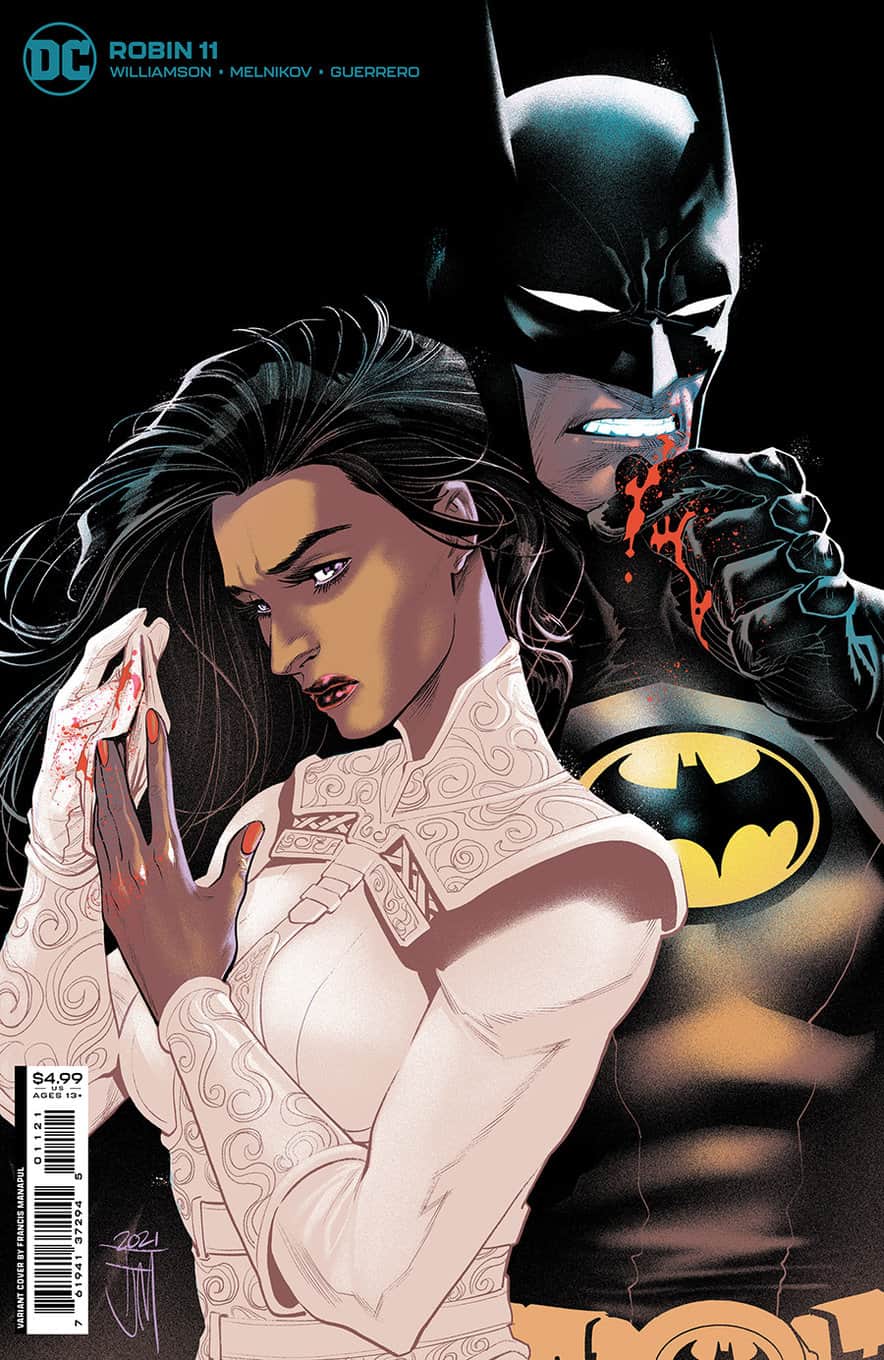 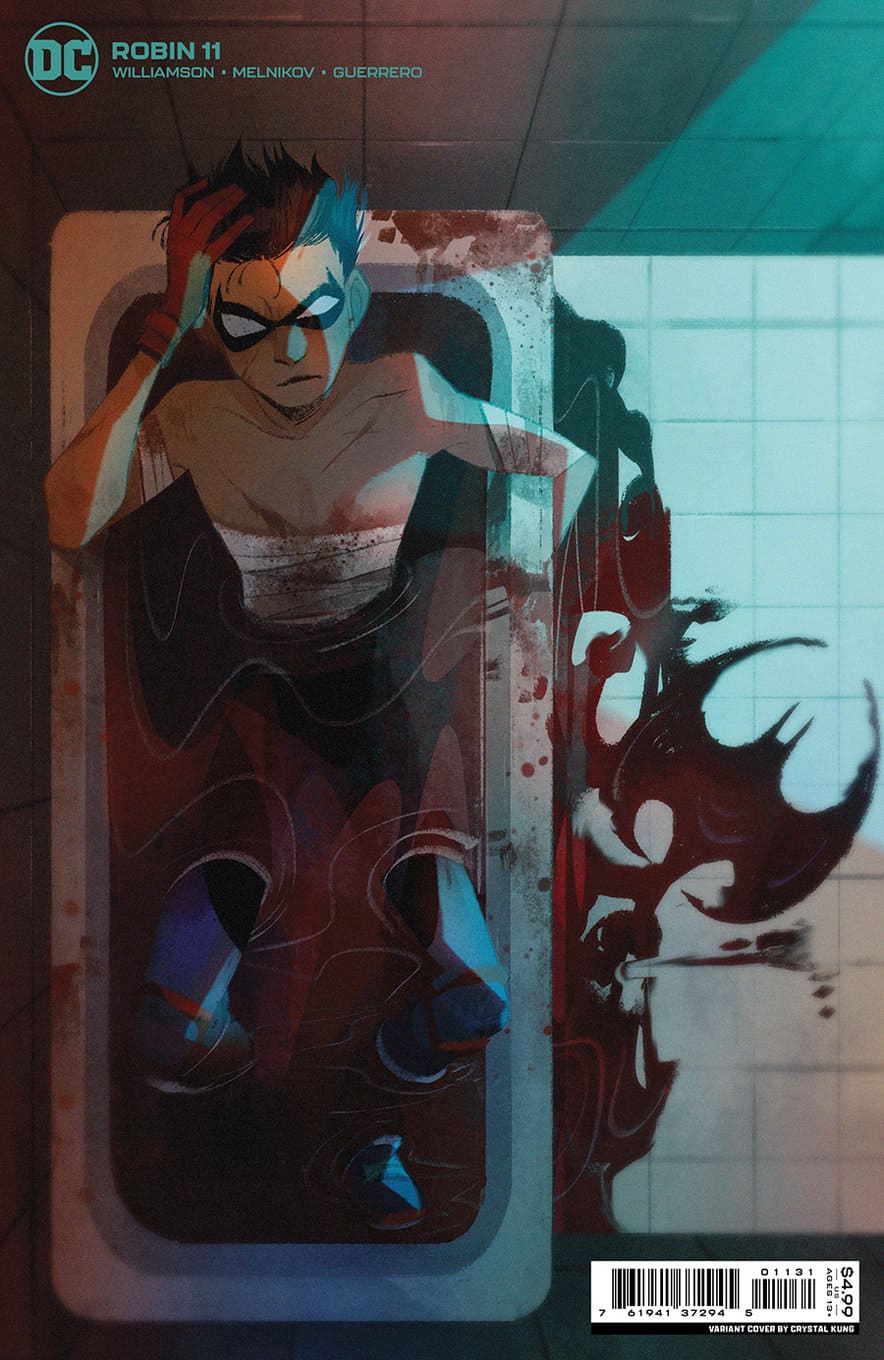 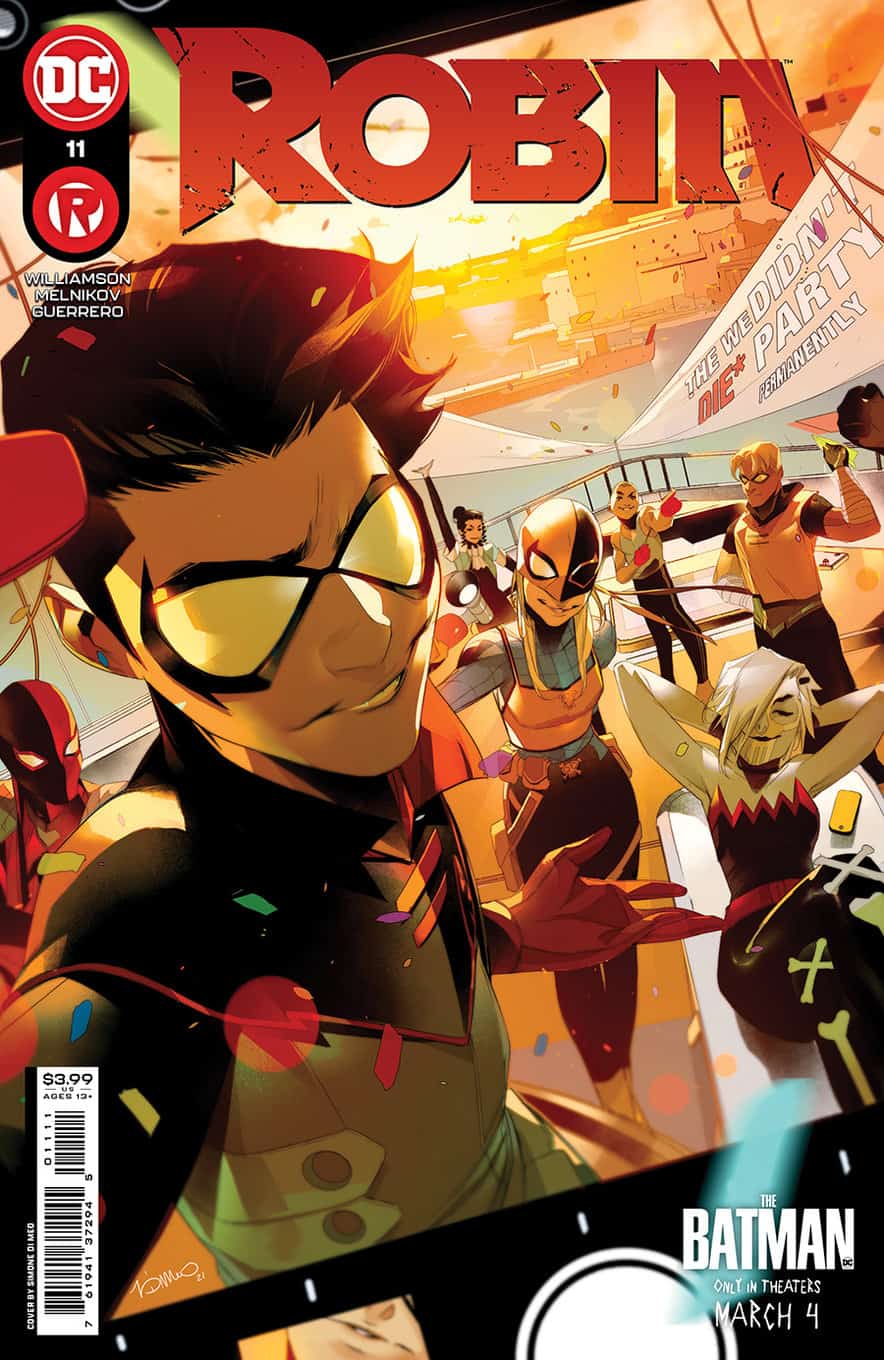 They survived the League of Lazarus tournament! Damian, Flatline, Ravager, and Connor Hawke celebrate with the rest of the fighters, but their party quickly turns into another deadly fight! Secret crushes are revealed, hearts are broken, and Hawke has one last confrontation with an old enemy before he can return to his former life!

We open with a family feud between Damian Wayne Robin’s grandfather Ra’s Al Ghul, his mom Talia Al Ghul and his great grandmother Mother Soul here and here; Robin stops the feud and gets some Lazarus Resin form his mom. 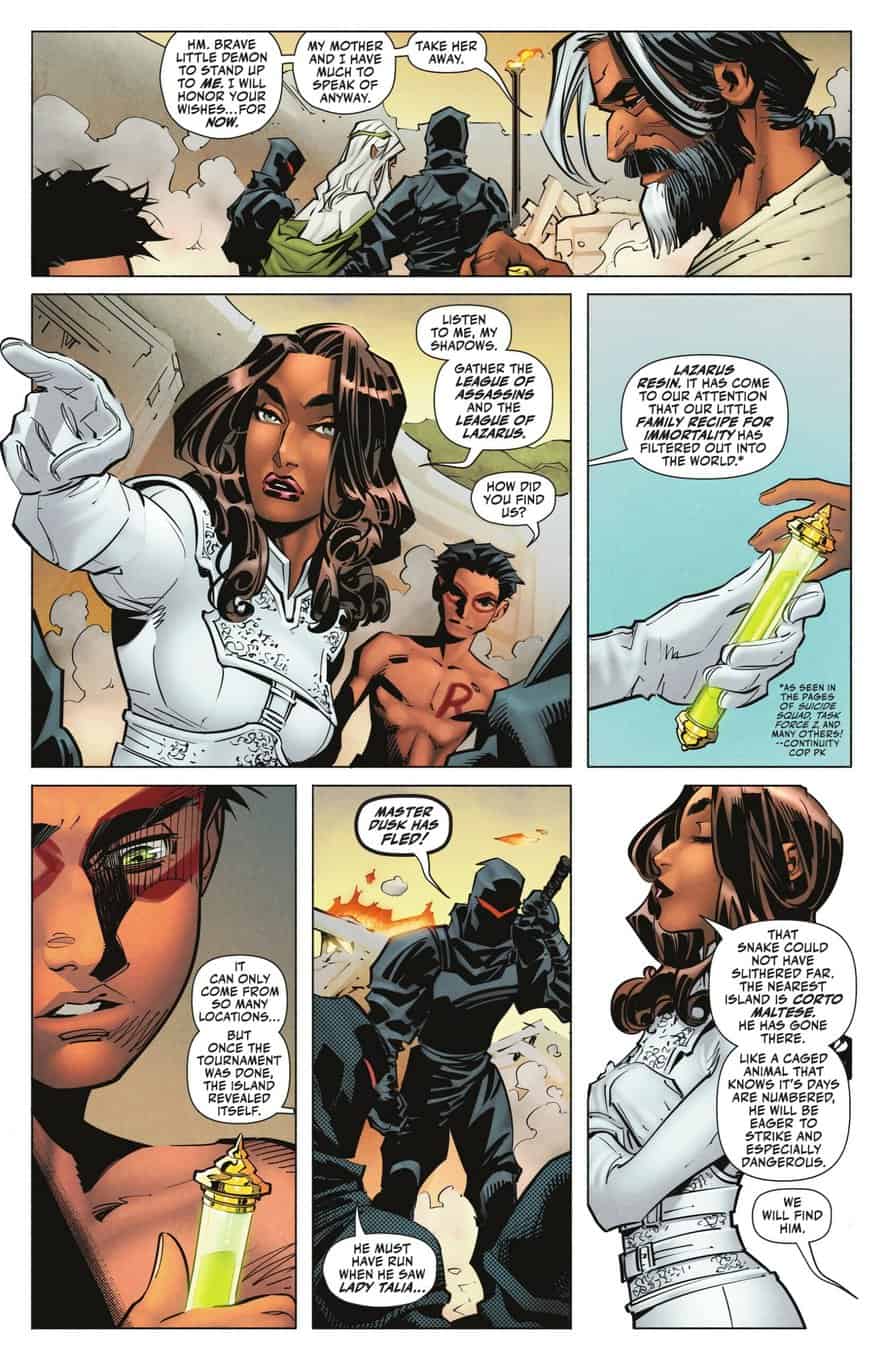 Robin tells his mom to stand down as he and hos friends with find and take down Master Dusk; those friends are Ravager, Connor Hawke, Flatline and ReSpawn. 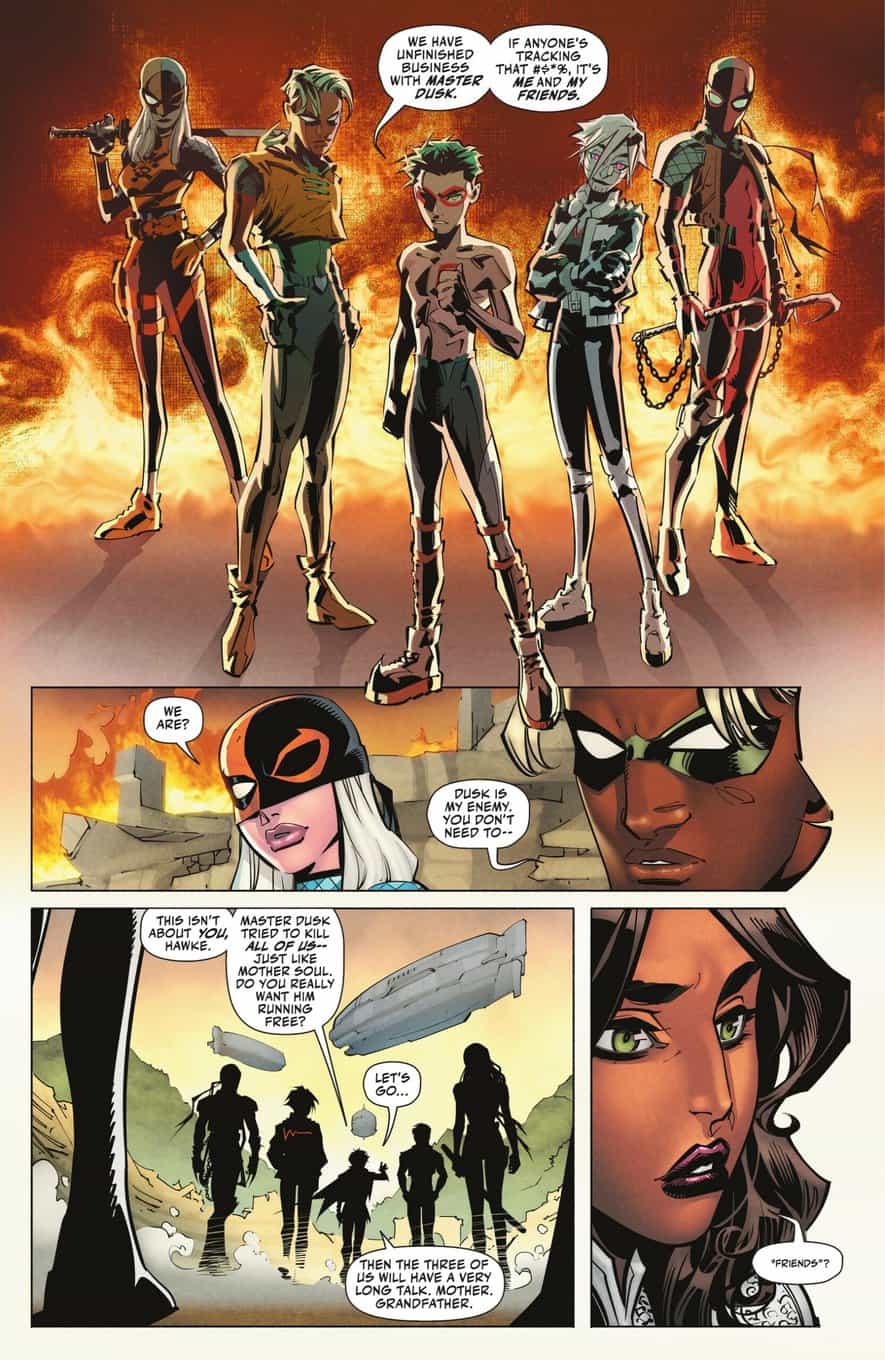 As they pair off, ReSpawn reveals his true identity to Ravager who recognized him and wants to whisk him away to keep his identity a secret. 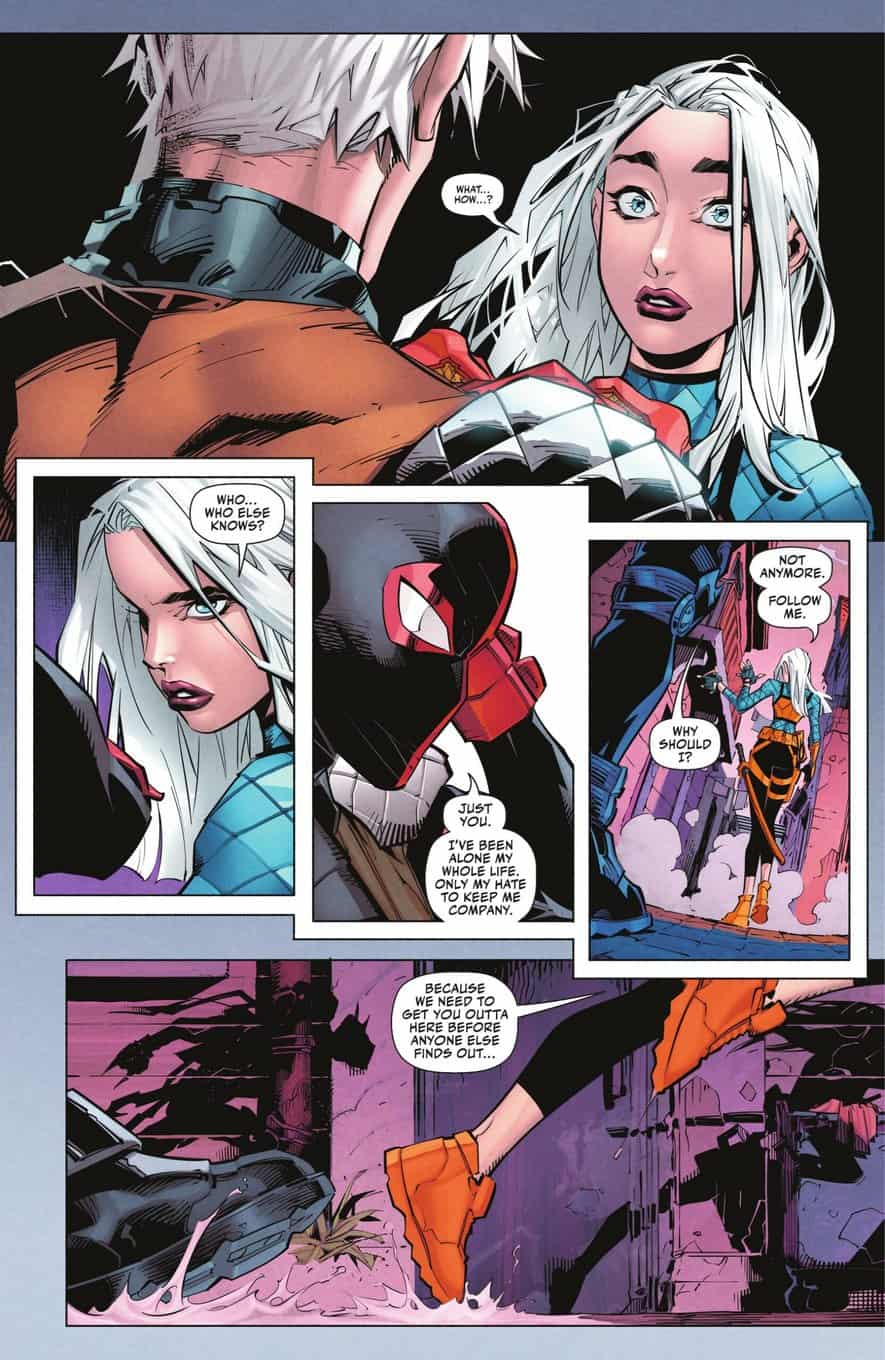 Lady Shiva confronts Hawke to congratulate him on his success in the Lazarus Tournament and his gone as quickly as she as she showed up. 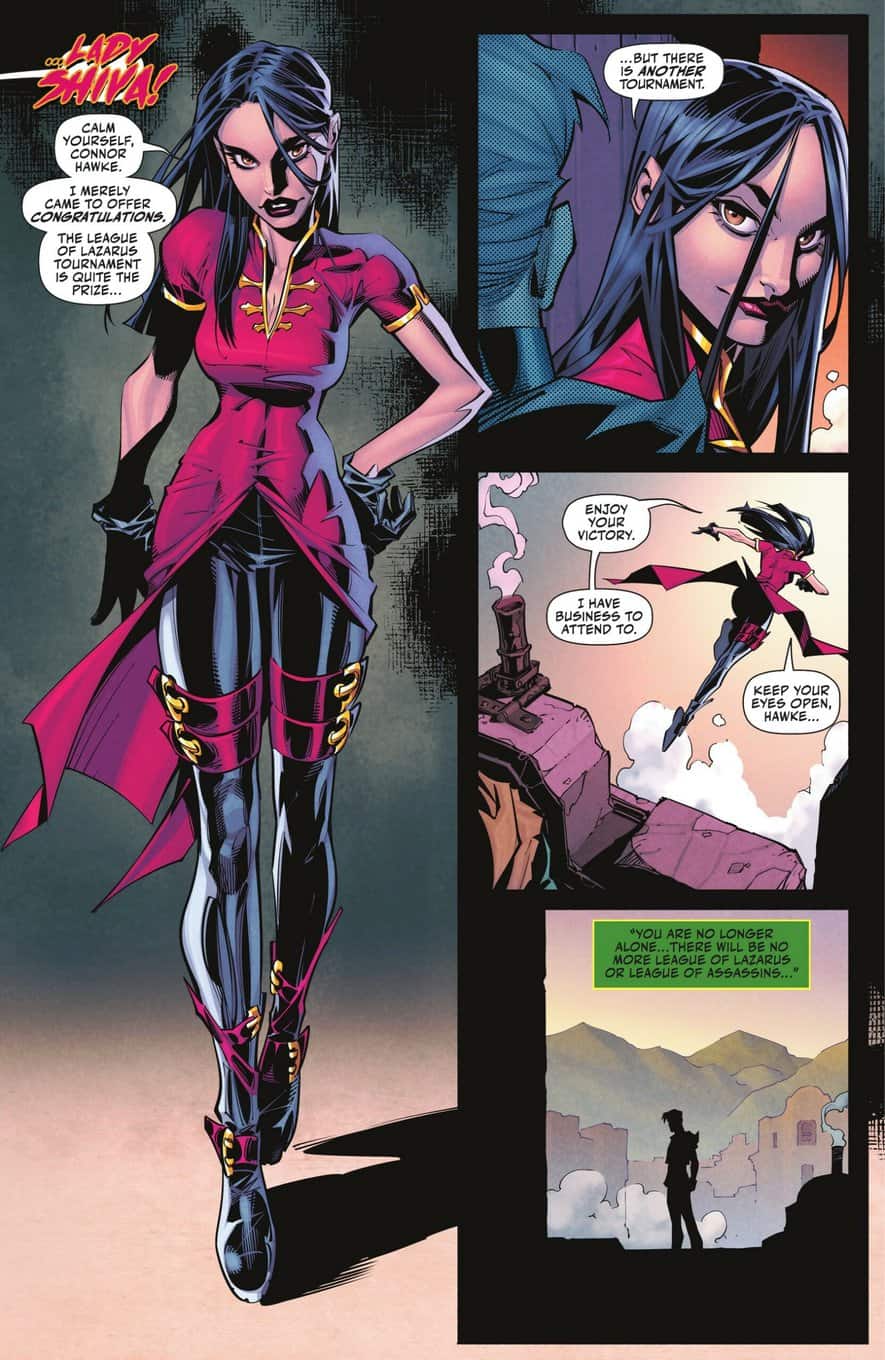 She also notes that the League of Assassins and League of Lazarus are no more and we learn they have become part of only one league: the League of Shadows. 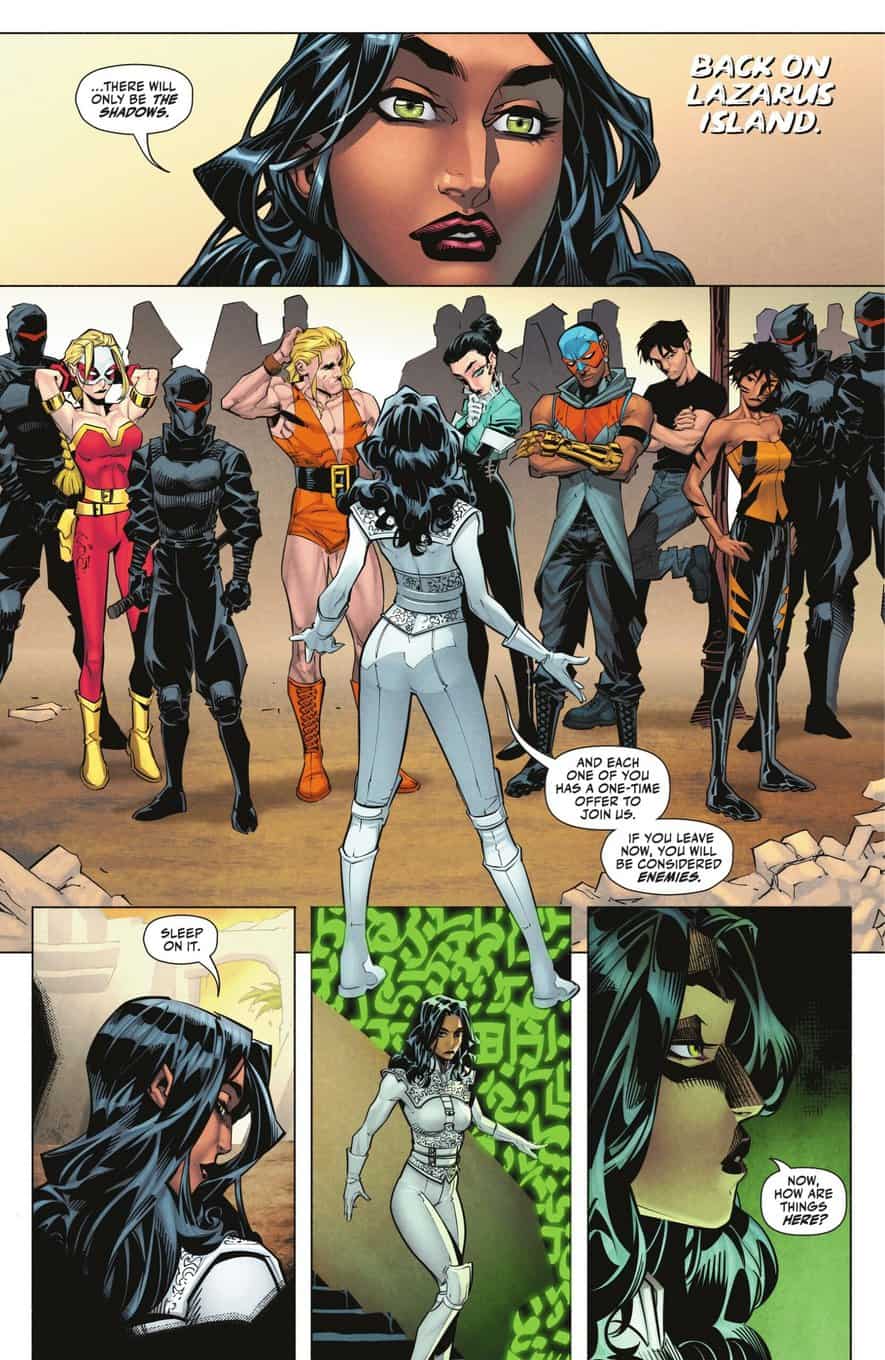 The book begins to end with Robin and Hawke taking down Master Dusk who may be broken, but perhaps not dead. 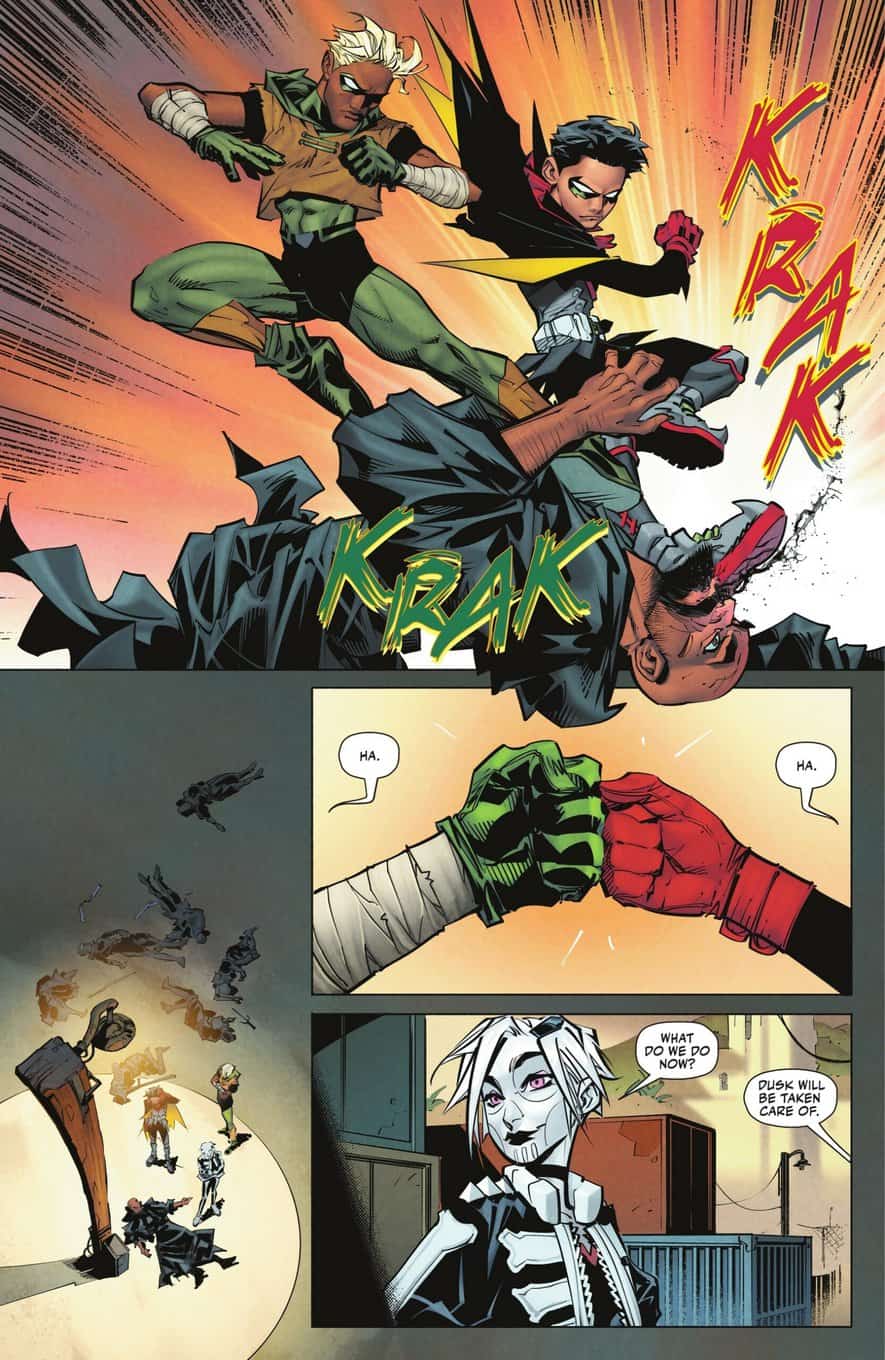 ReSpawn and Ravager leave on their own as the friends party… 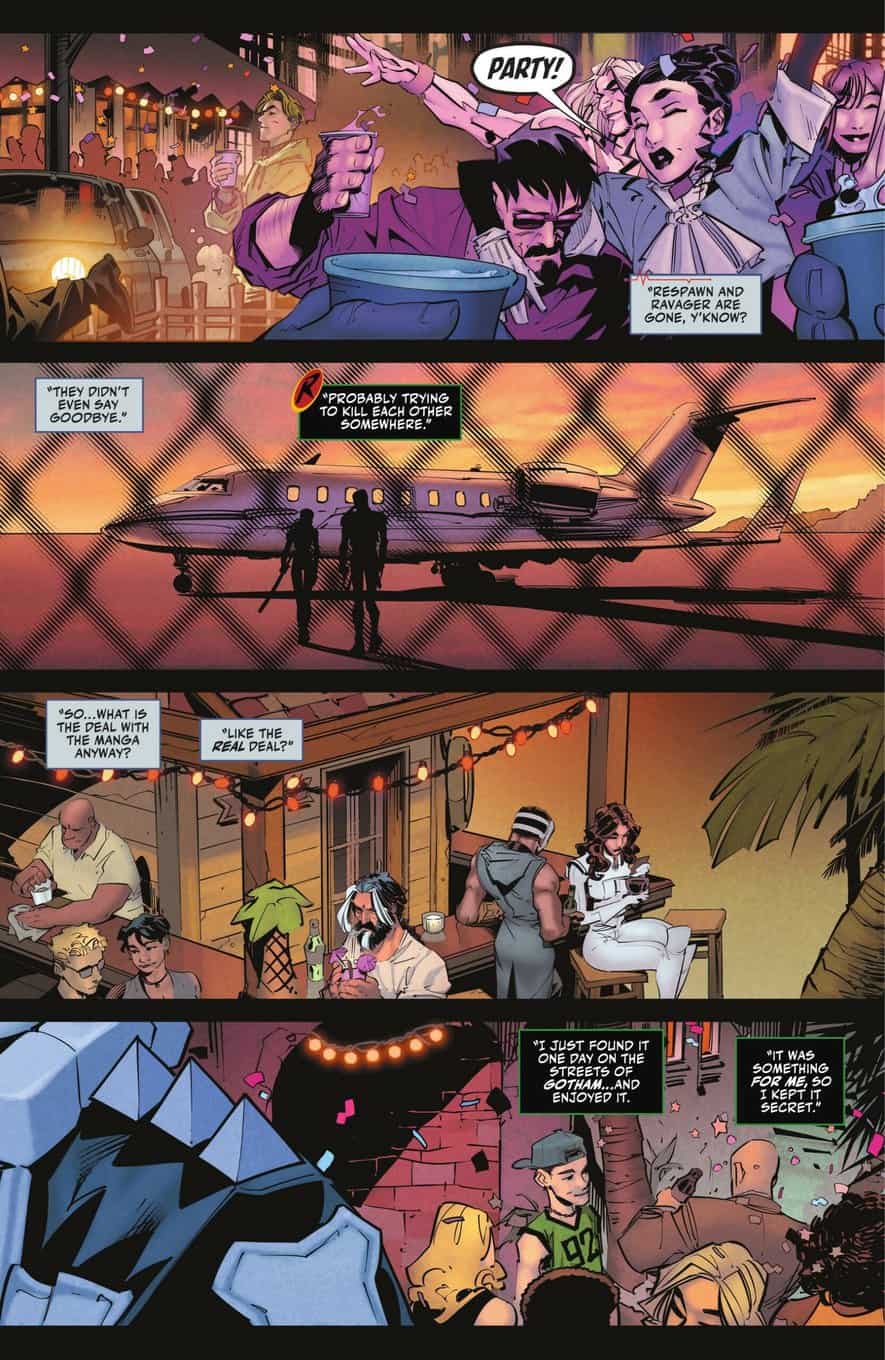 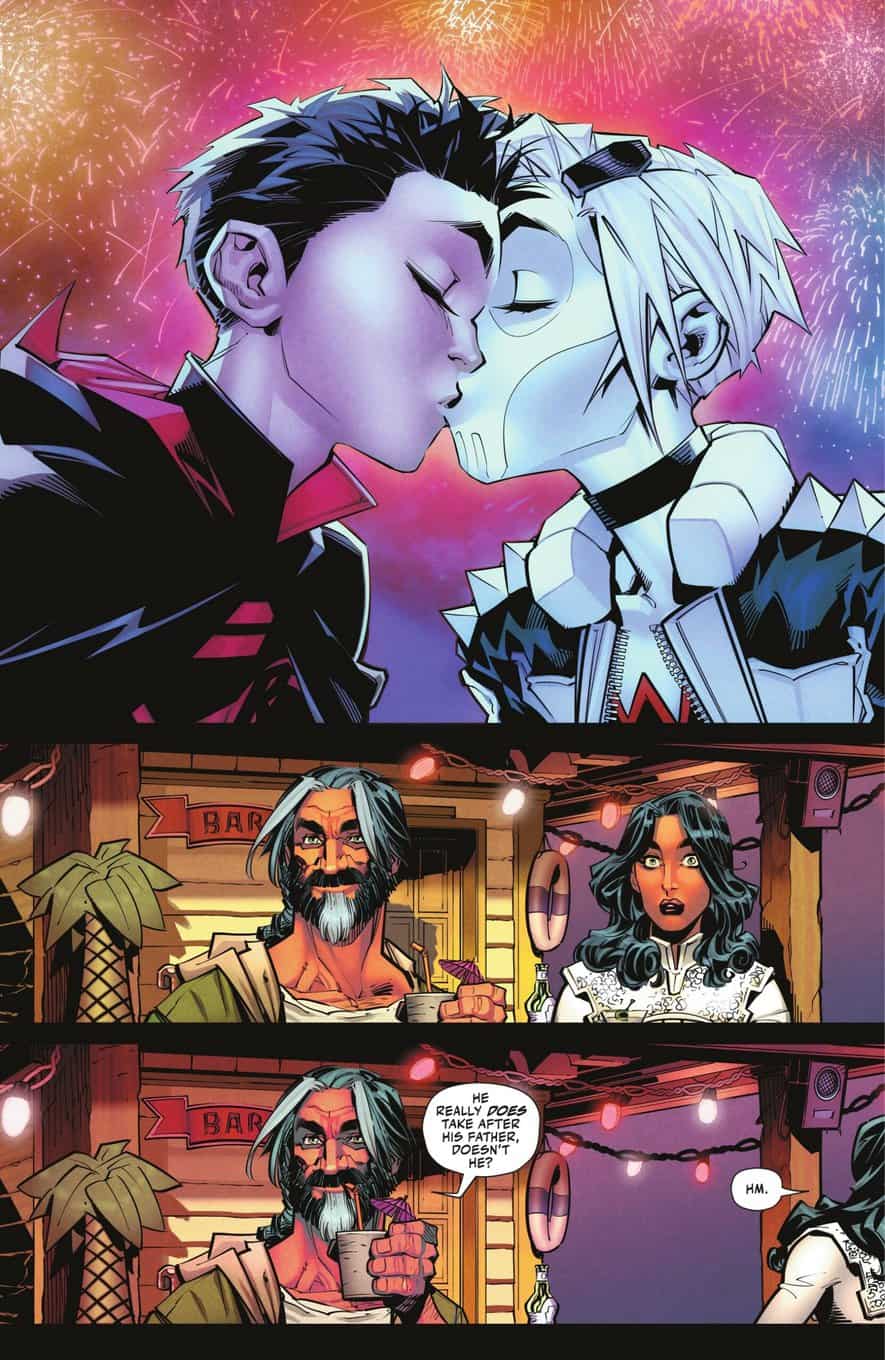 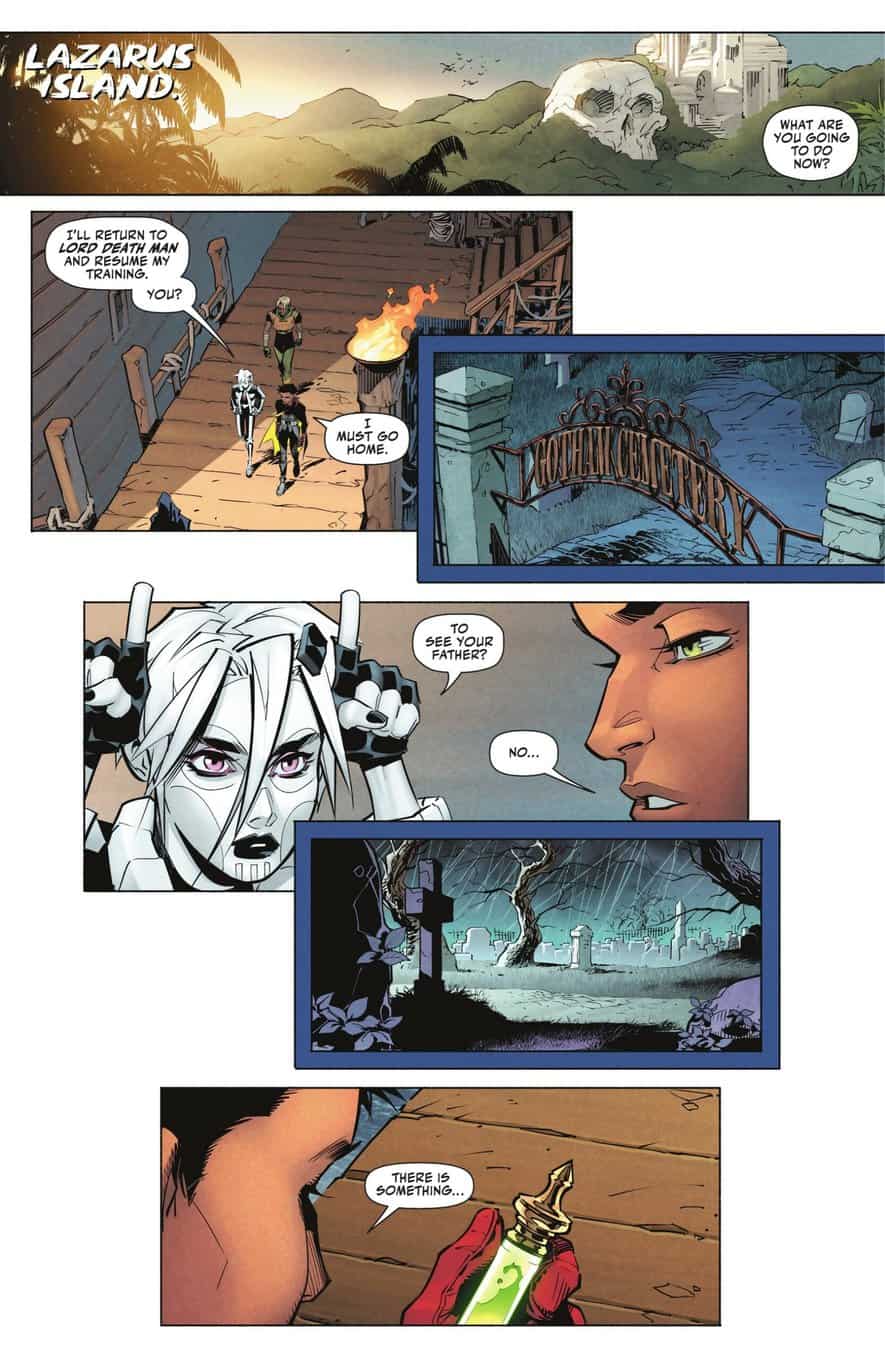 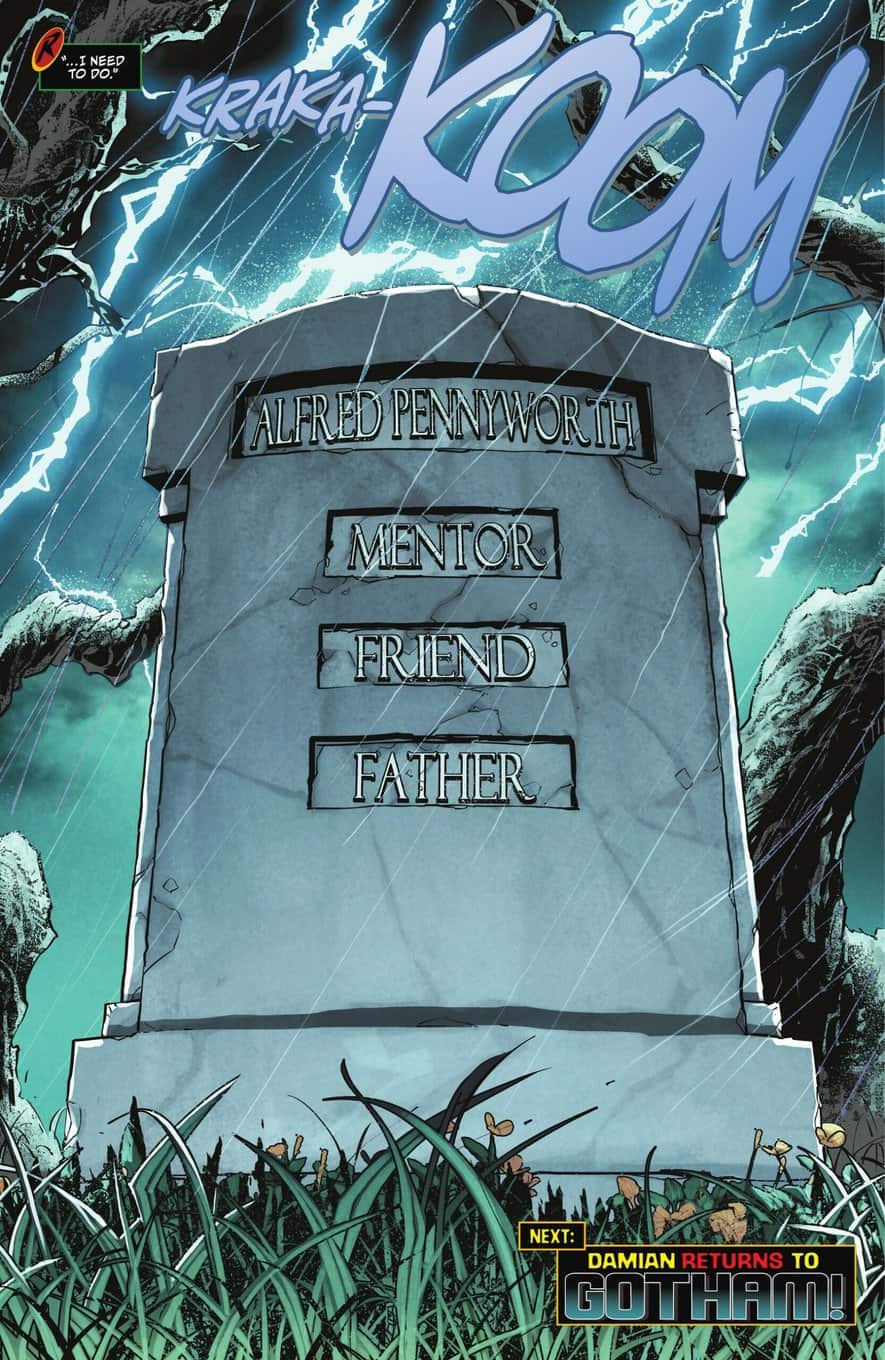 A satisfying end to an arc that has spanned 11 issues that also sets up the future in an intriguing away whether Pennyworth, ReSpawn or the League of Shadows. Solid art to boot. 8.5 out of 10.