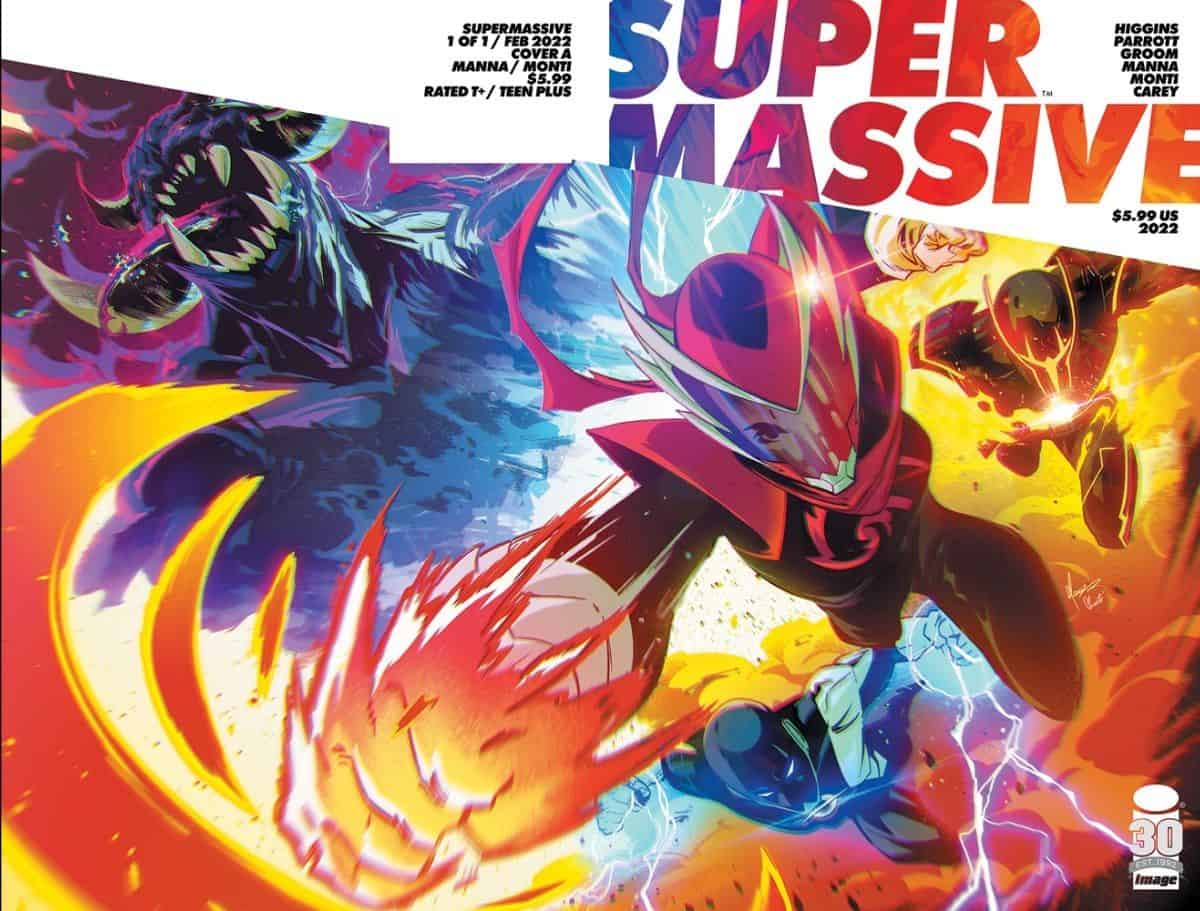 The book has several variant covers in addition to the main cover above. 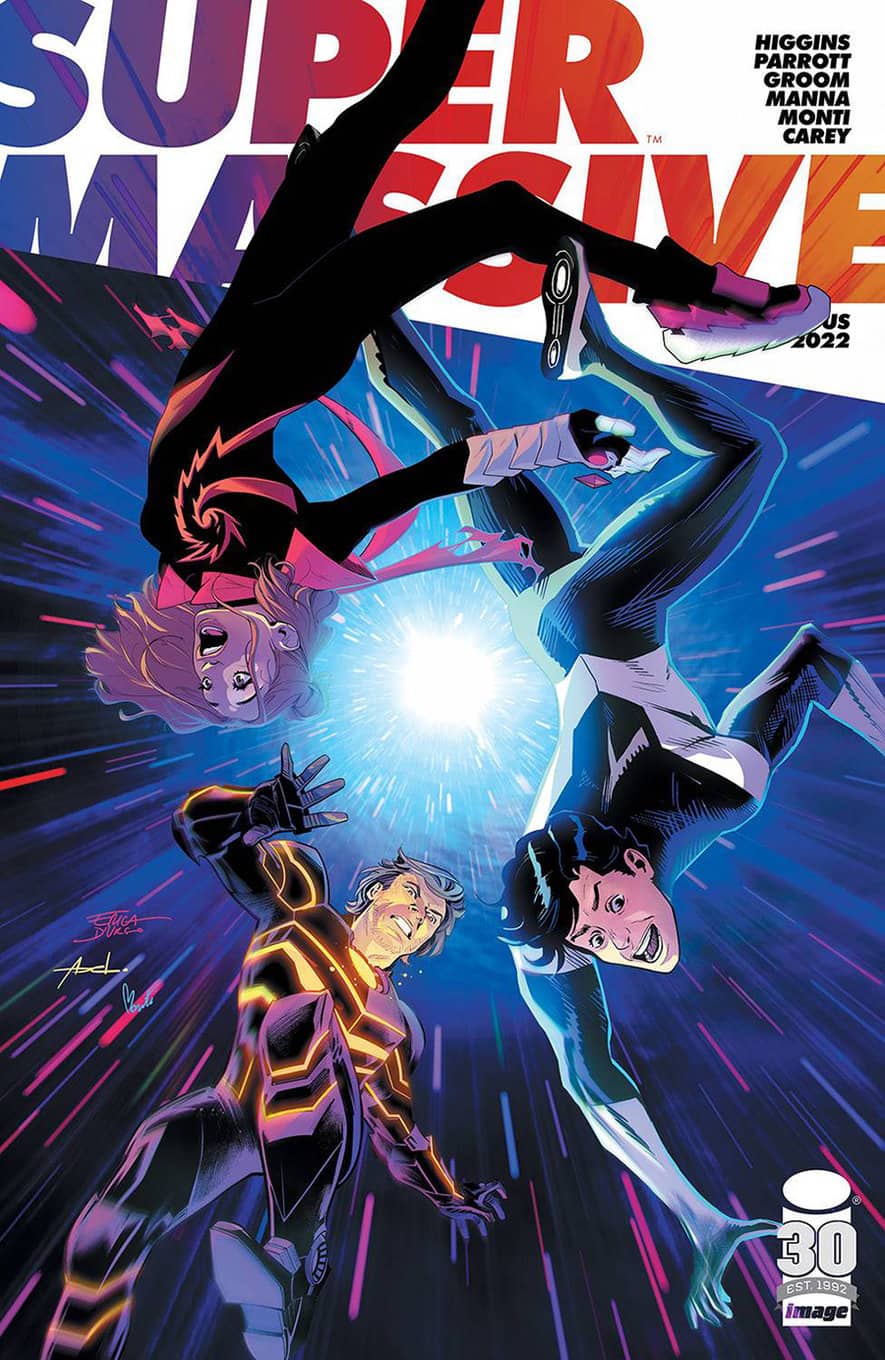 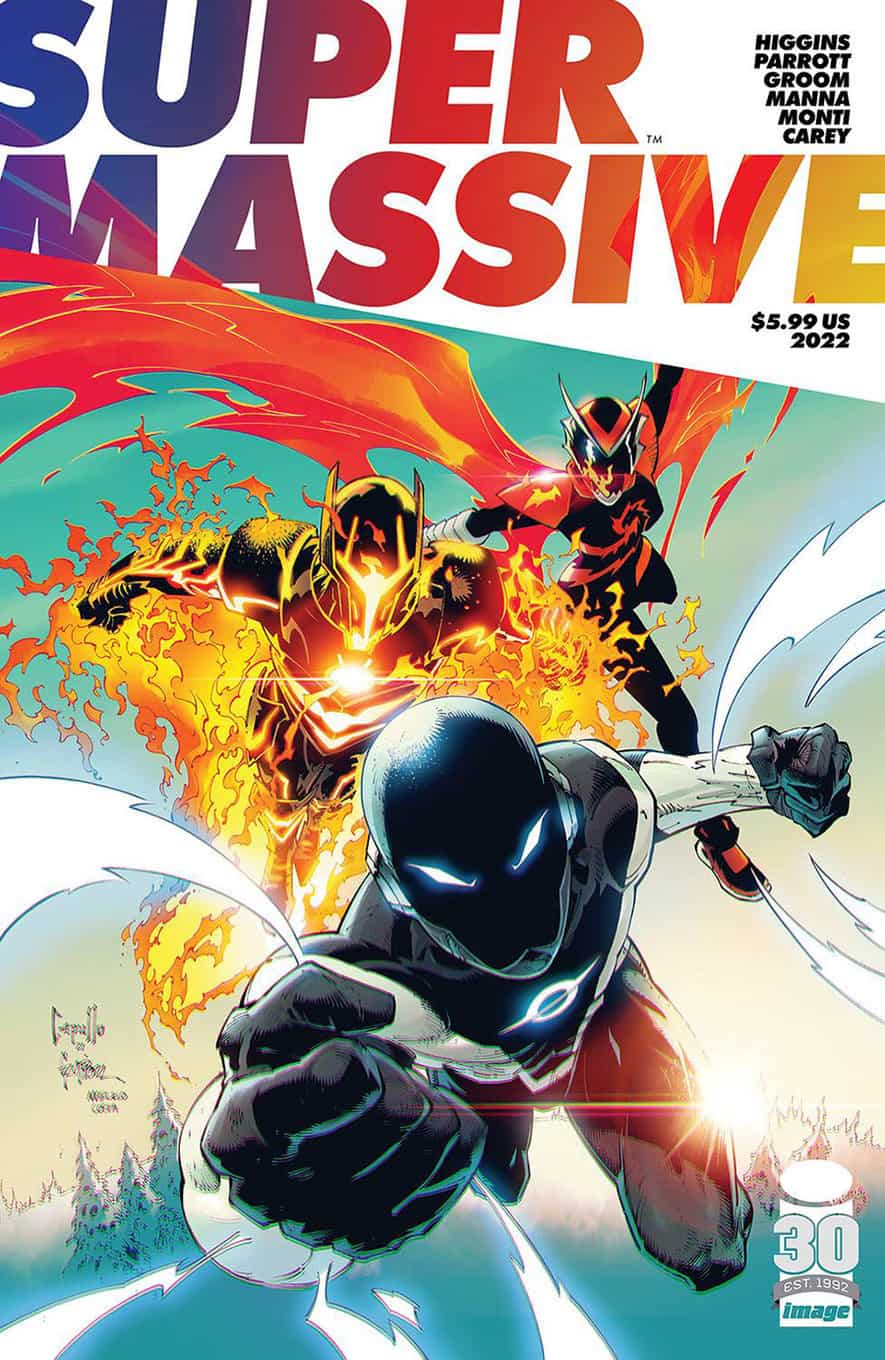 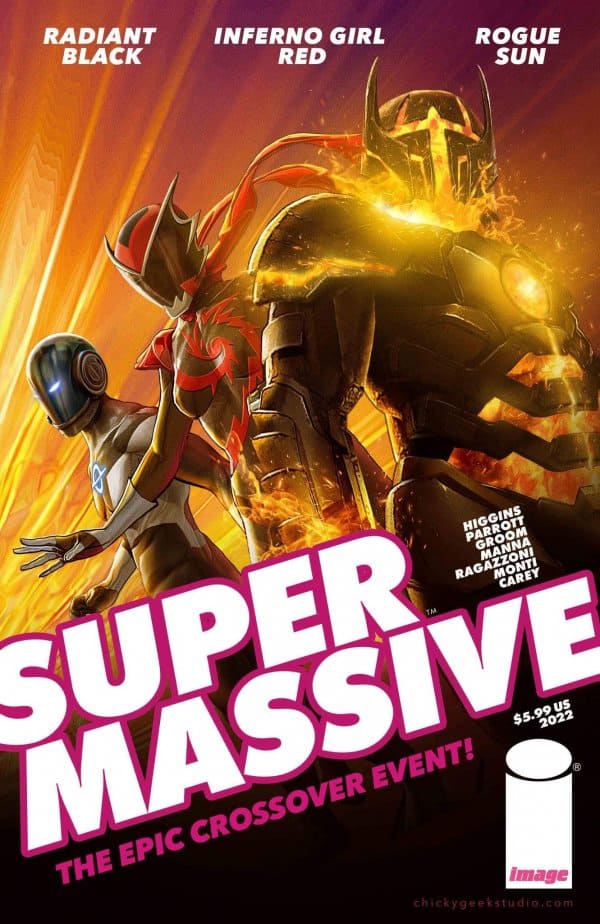 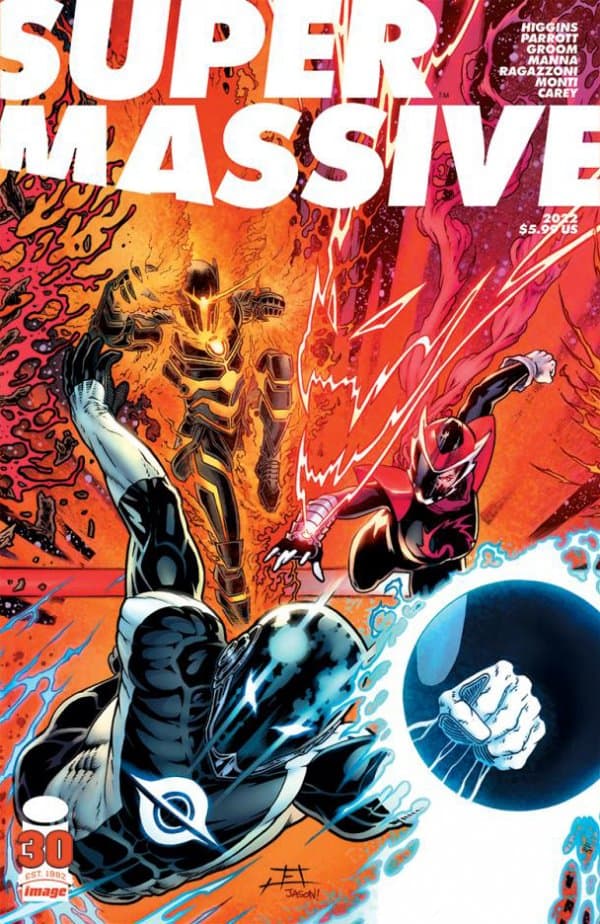 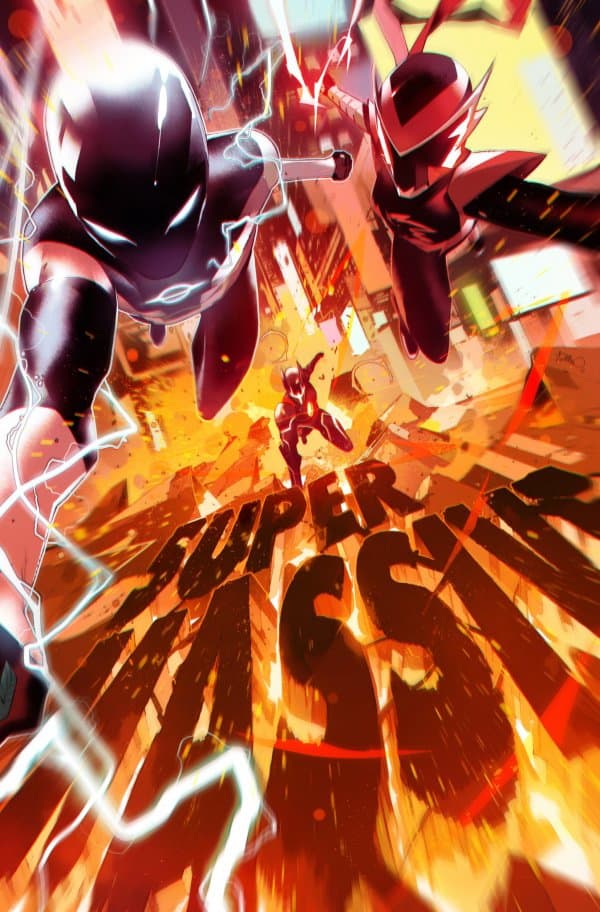 The variant covers include those with text and trade dress like the above and pure art below. 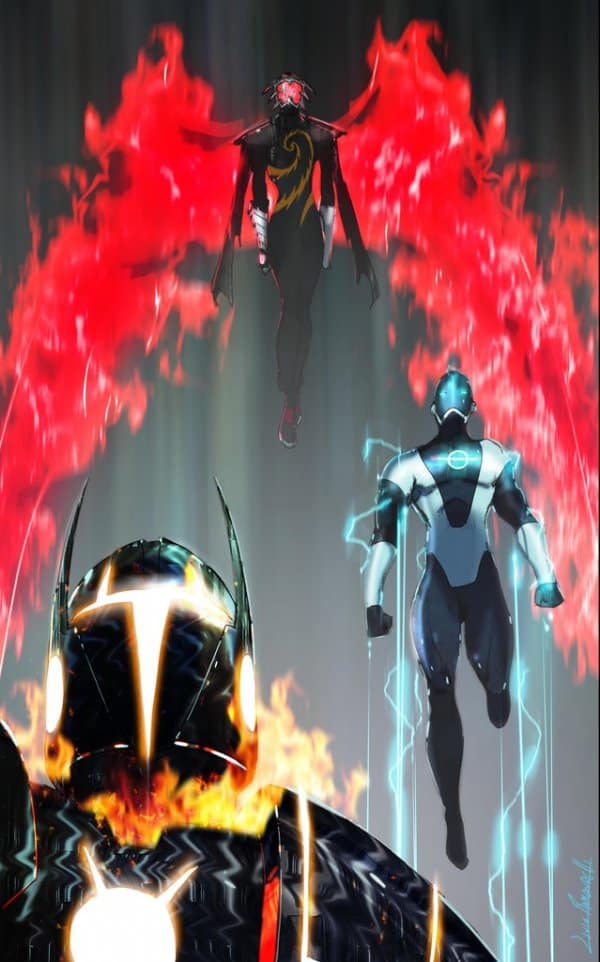 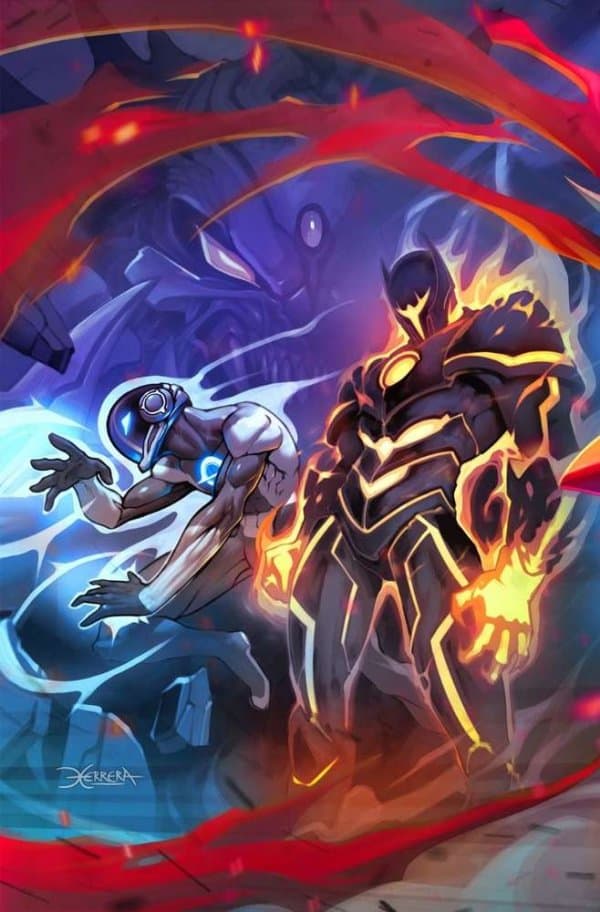 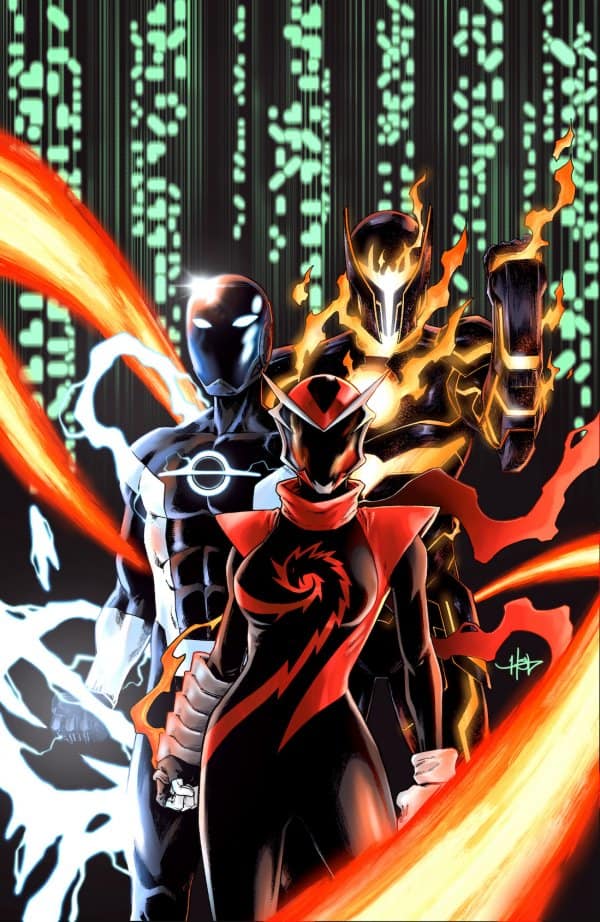 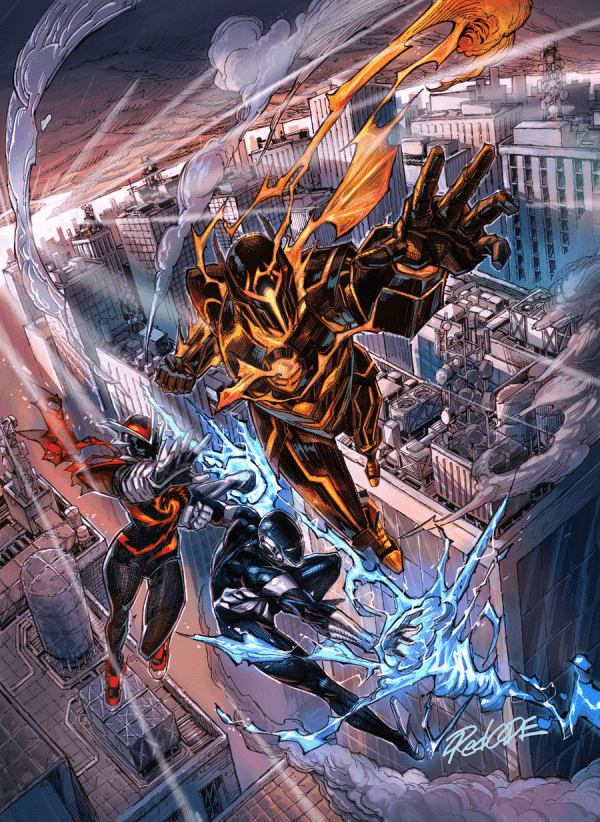 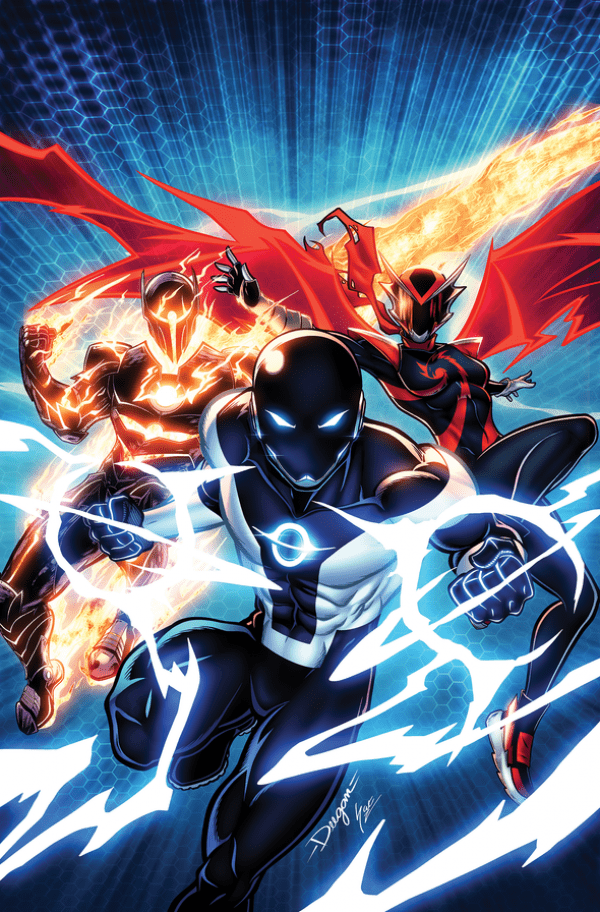 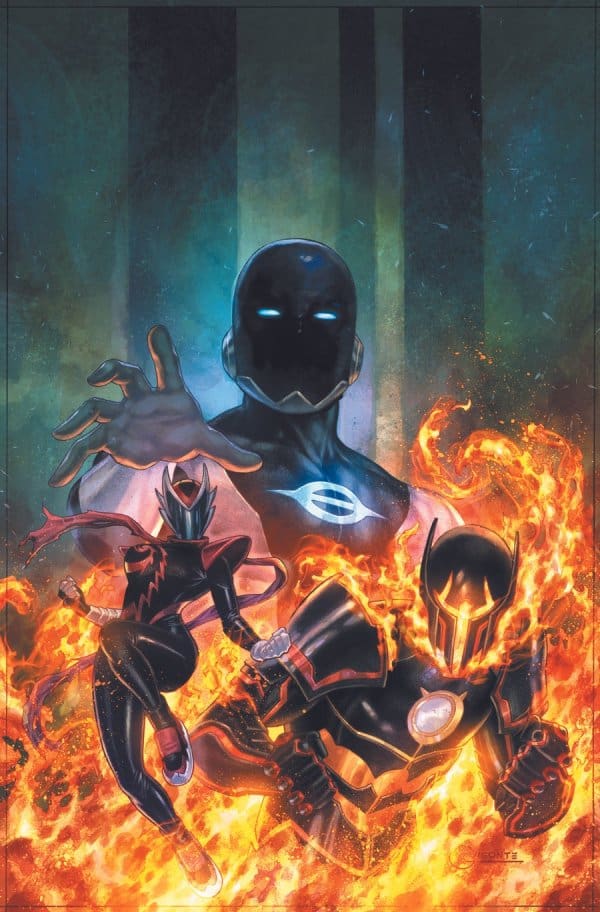 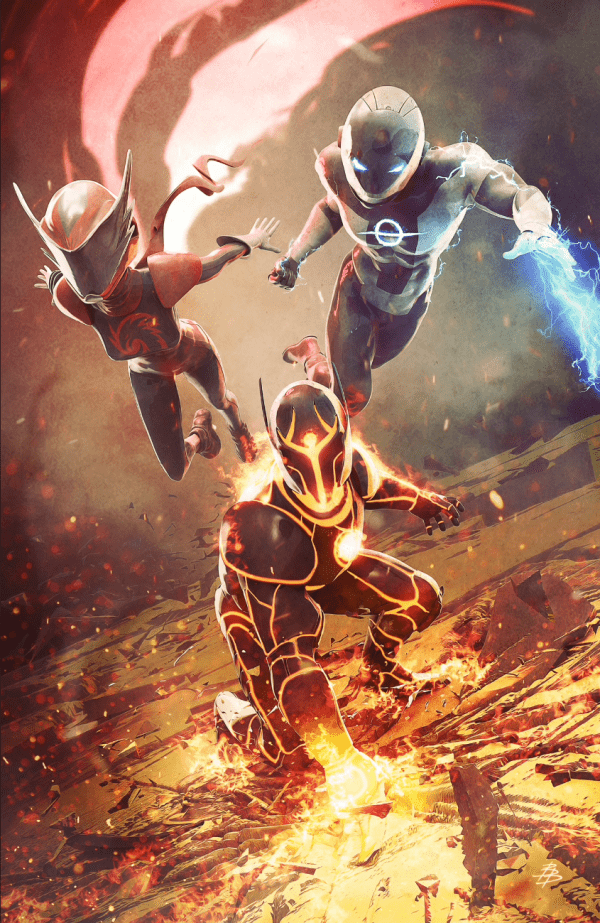 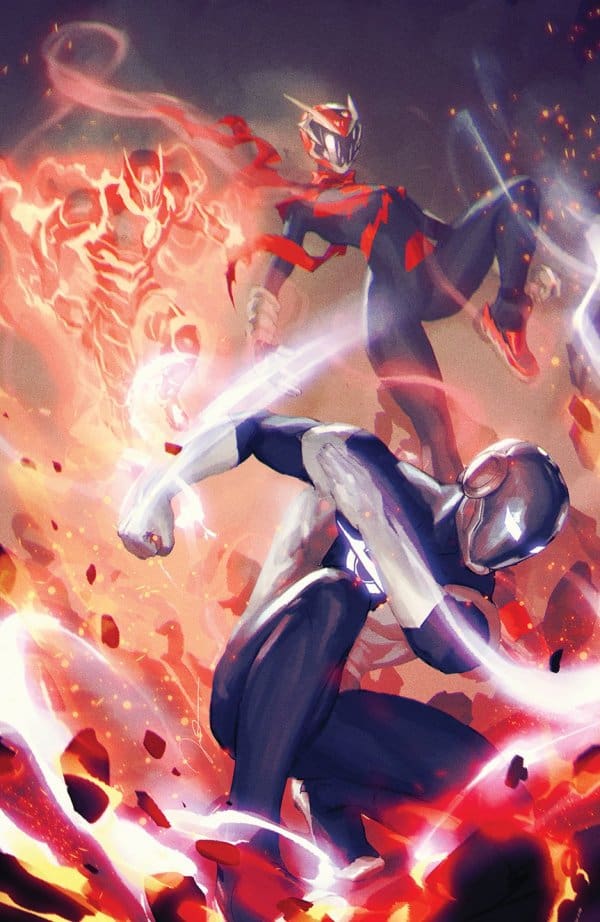 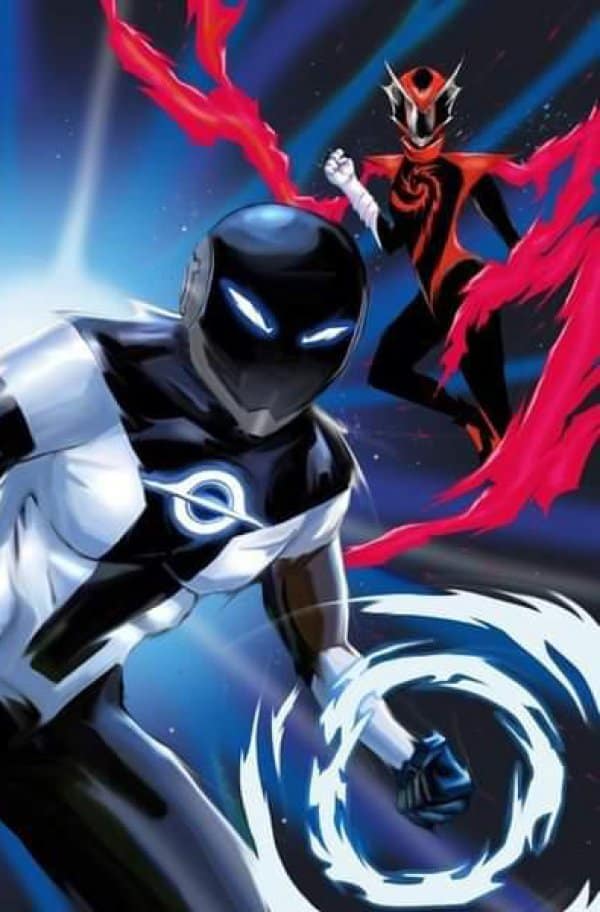 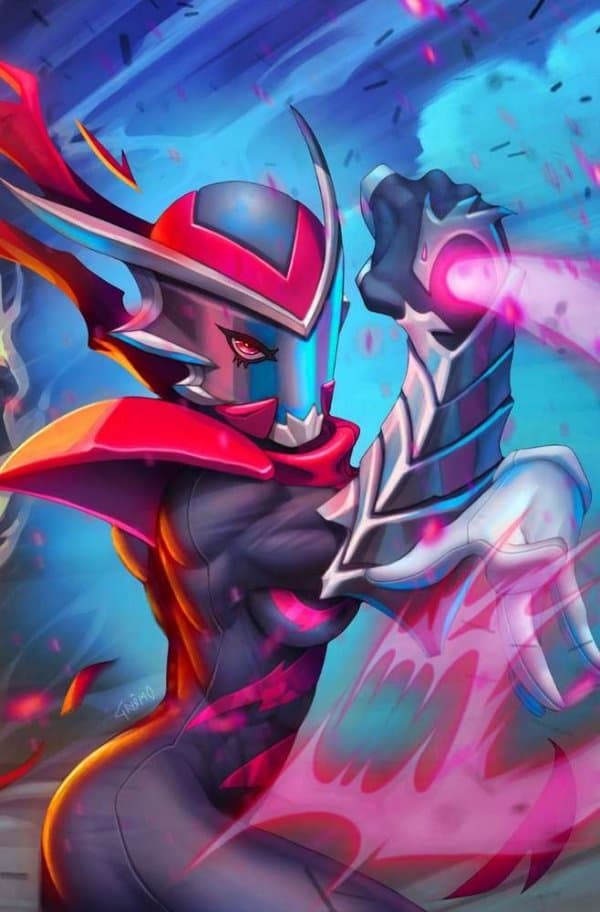 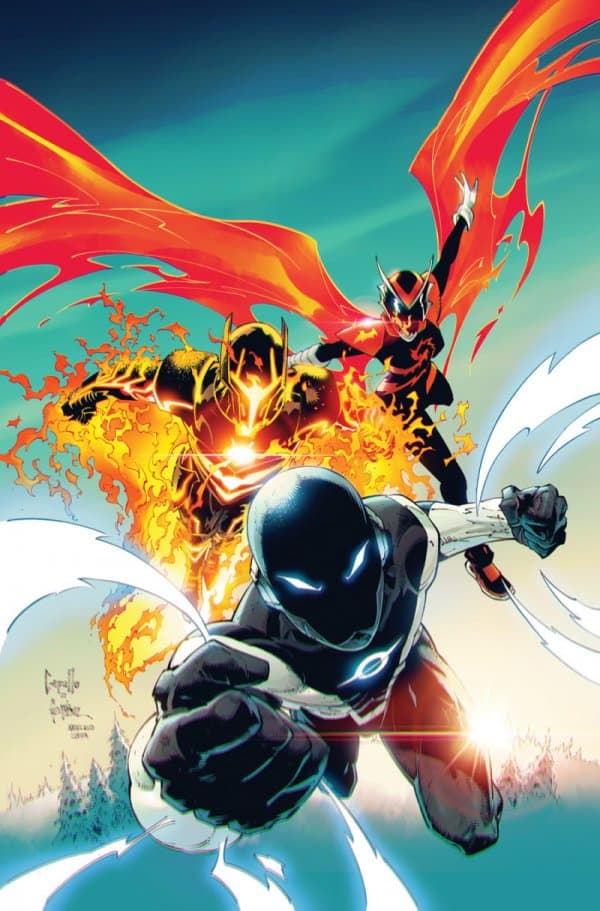 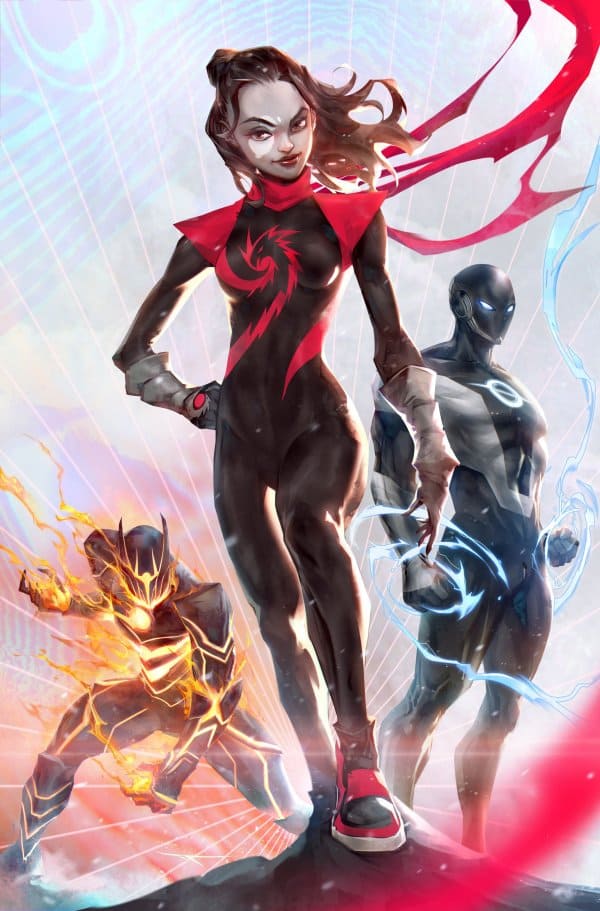 The covers artists for this one-shot are listed here while the promise of the title can be gleaned from its solicit.

THE SUPERHERO CROSSOVER EVENT OF 2022!

2021’s hottest new superhero RADIANT BLACK launches into his first ever crossover event with the Image Comics debut of INFERNO GIRL RED and the first appearance of ROGUE SUN! The future of Image’s superhero universe is here! 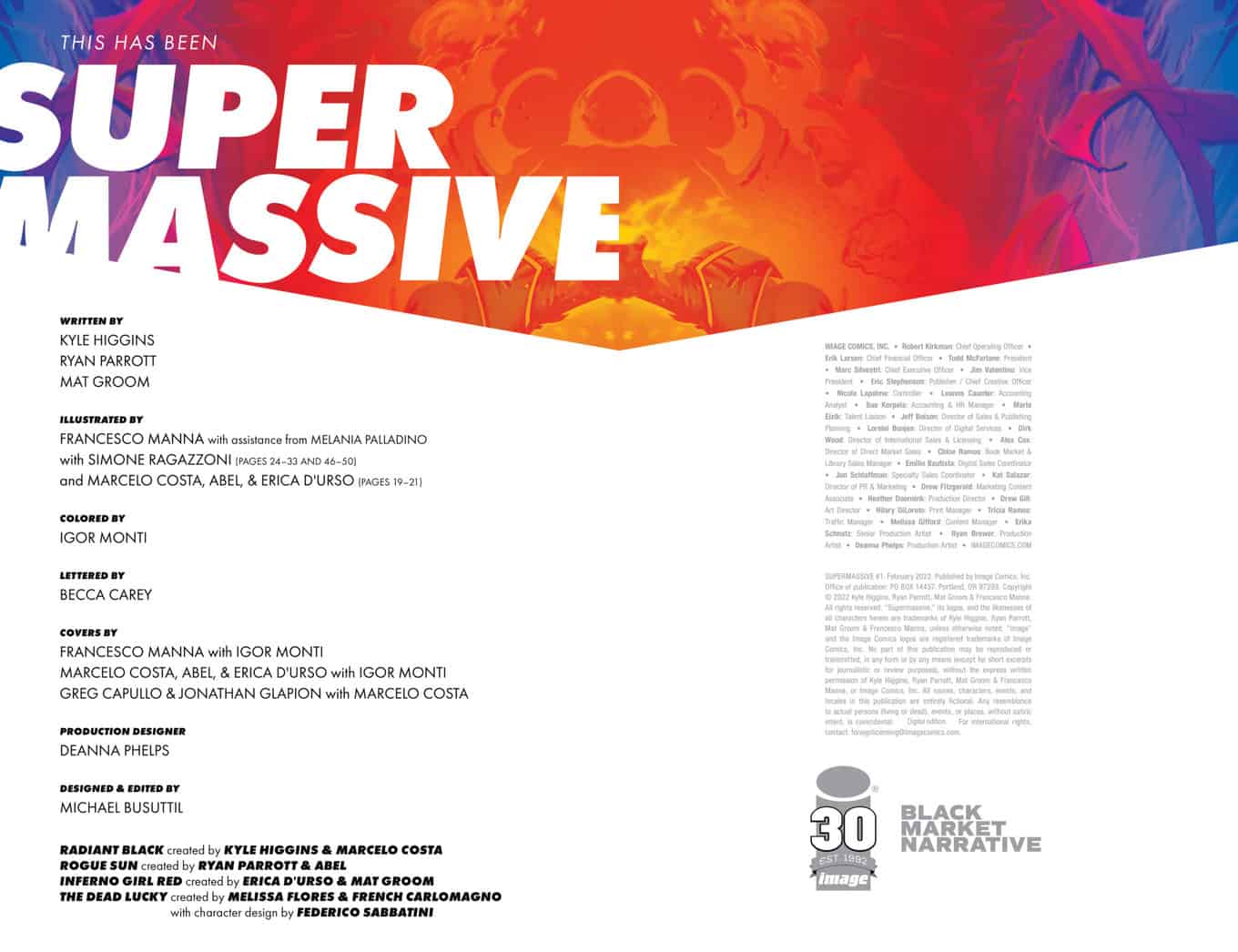 They win their massive battle with a massive foe. 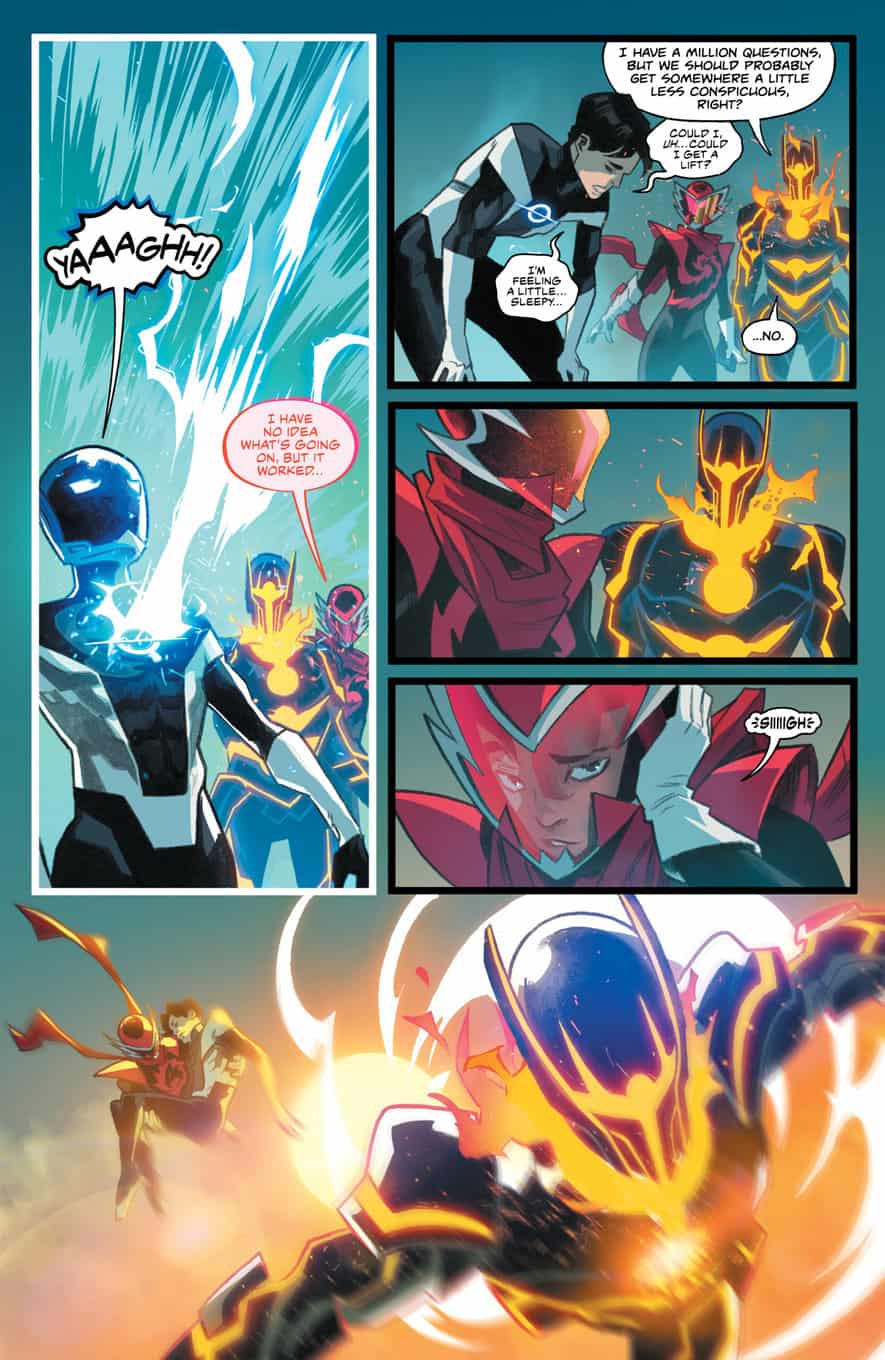 The book ends with the three as comrades. 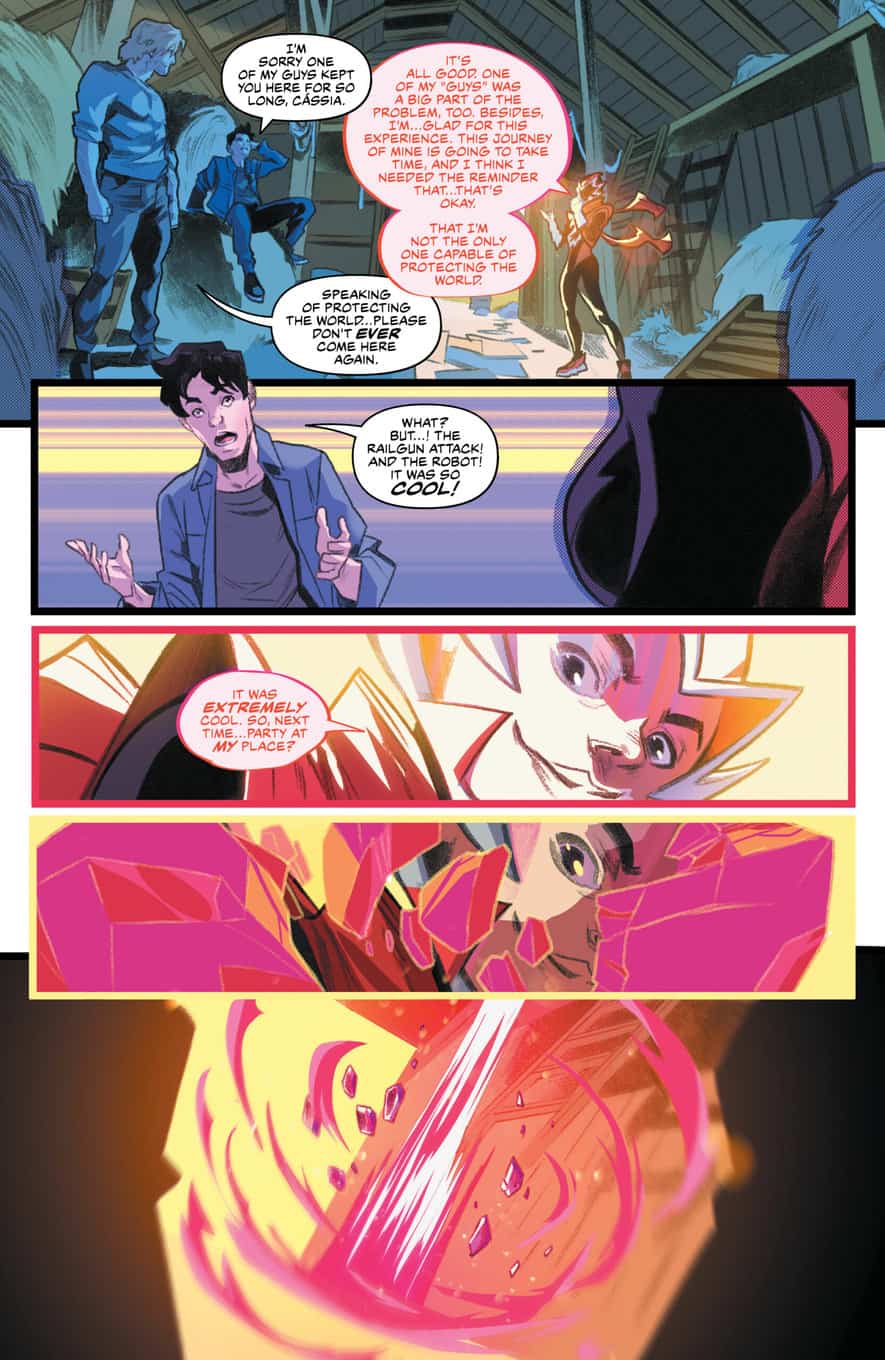 However, it is no clear if they will be there for Radiant Black and a looming threat that he can’t handle alone. 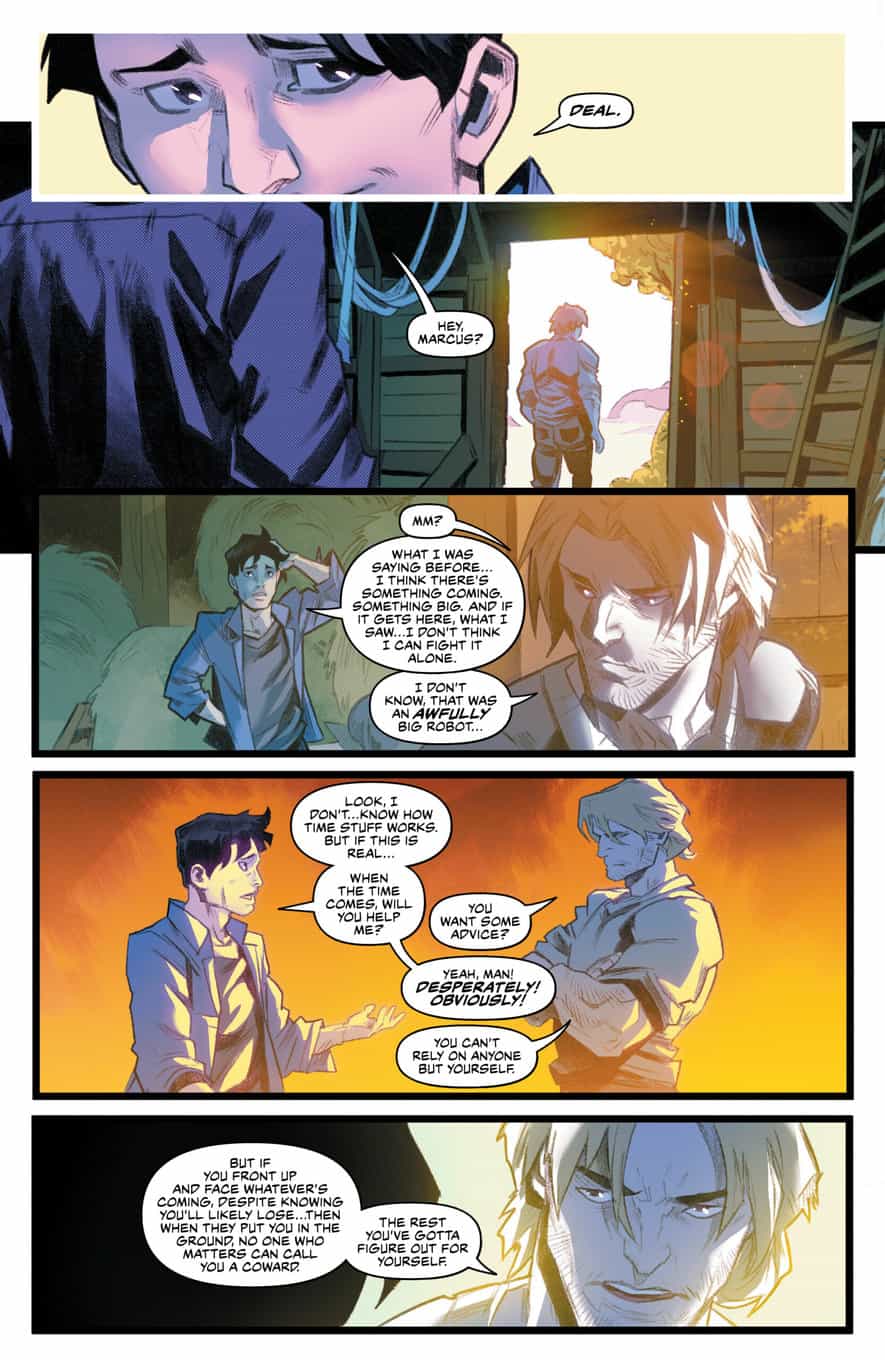 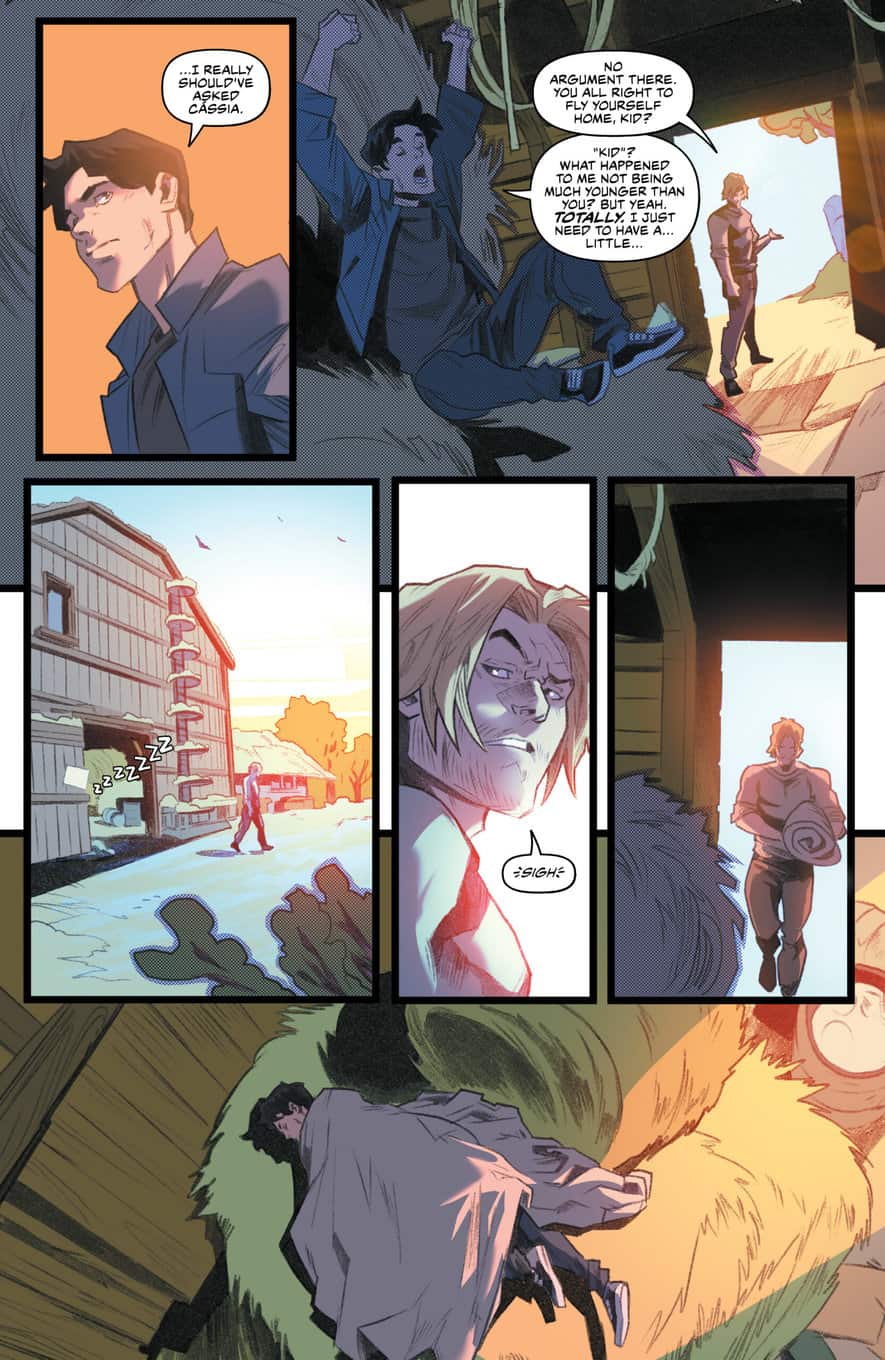 Then we get a tease of the first new book. 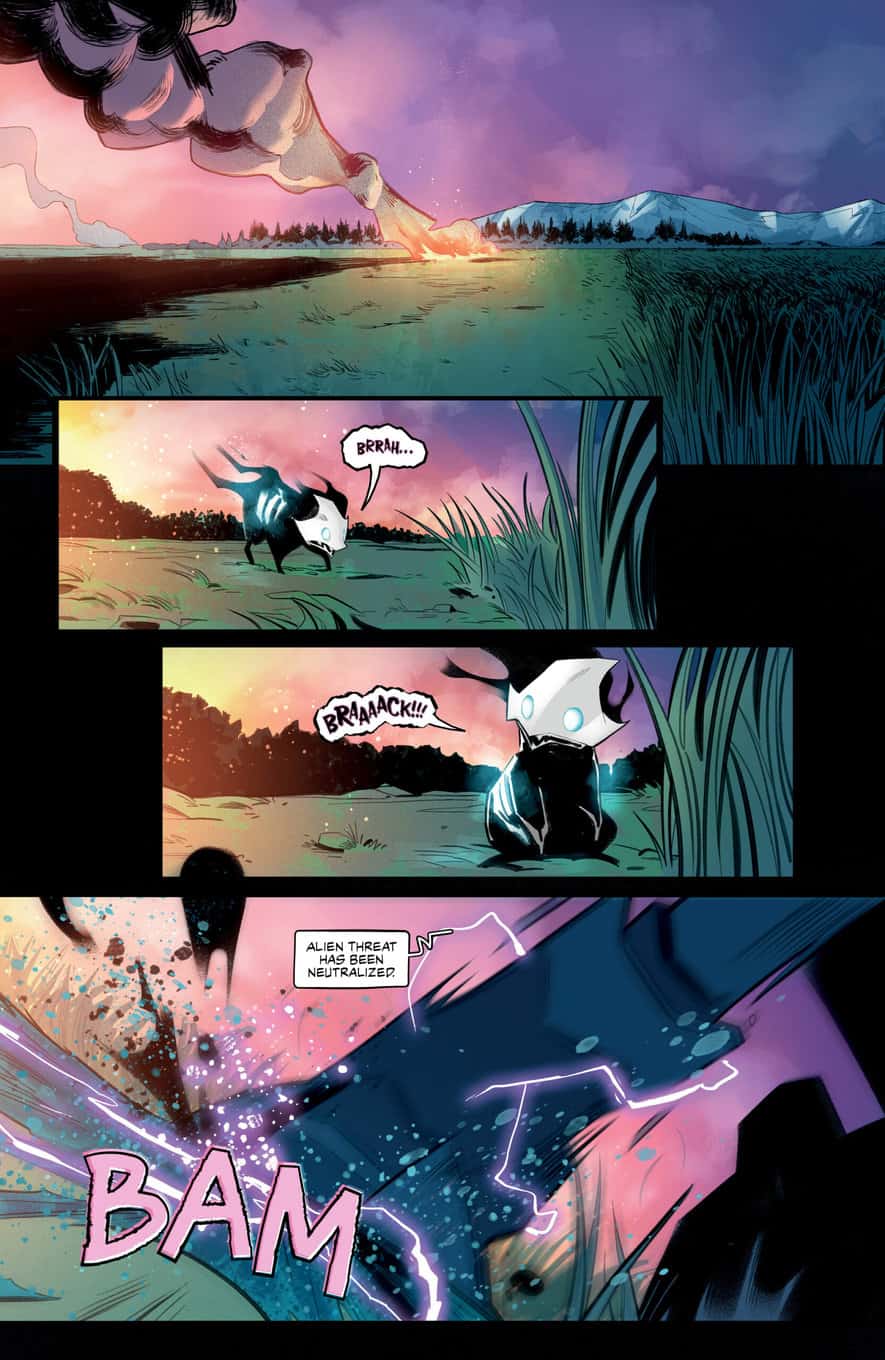 Something and someone called The Dead Lucky. 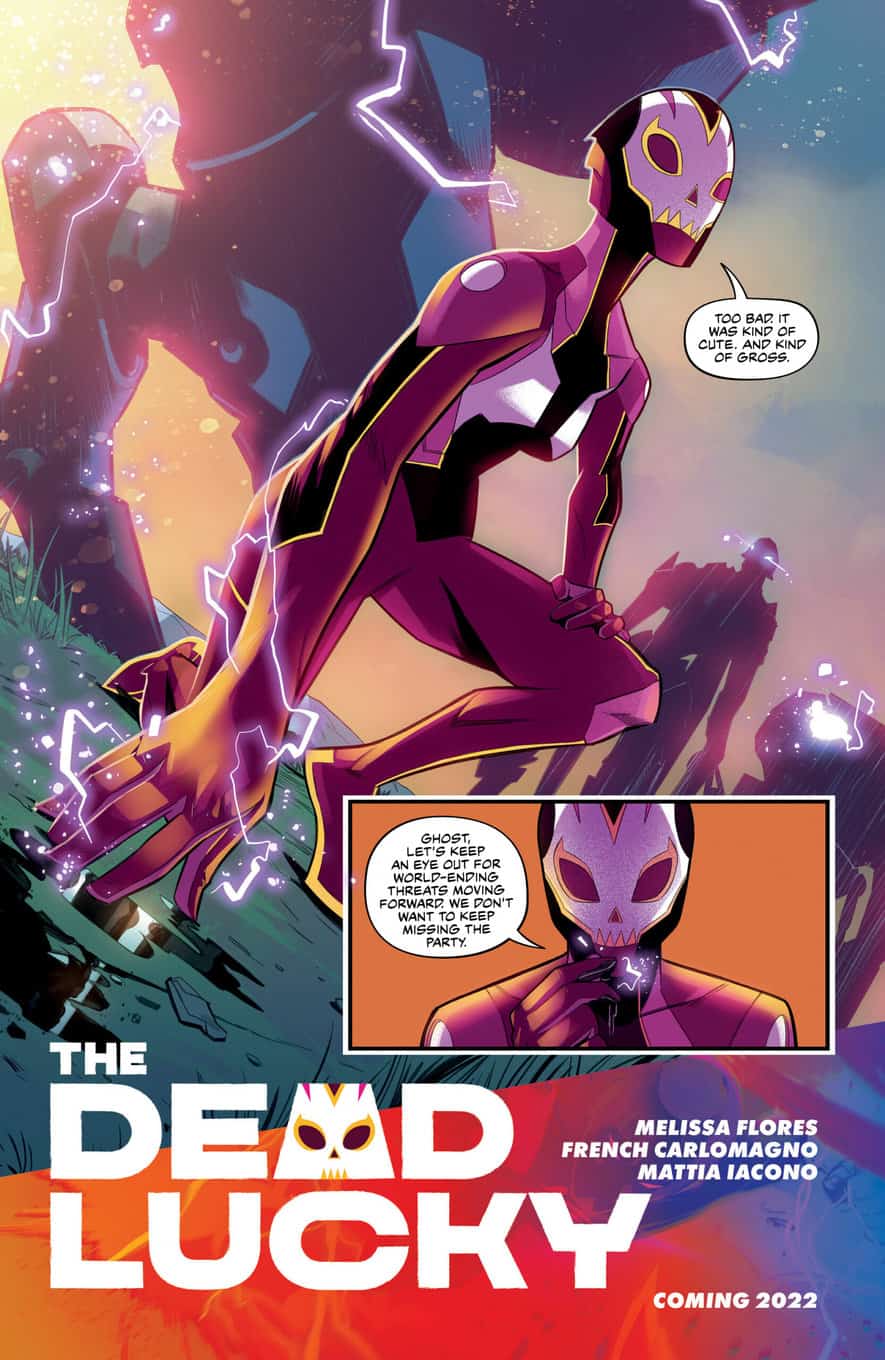 Then we see the Radiant Black comic book line of titles are part of a shared universe called the Massive-Universe. 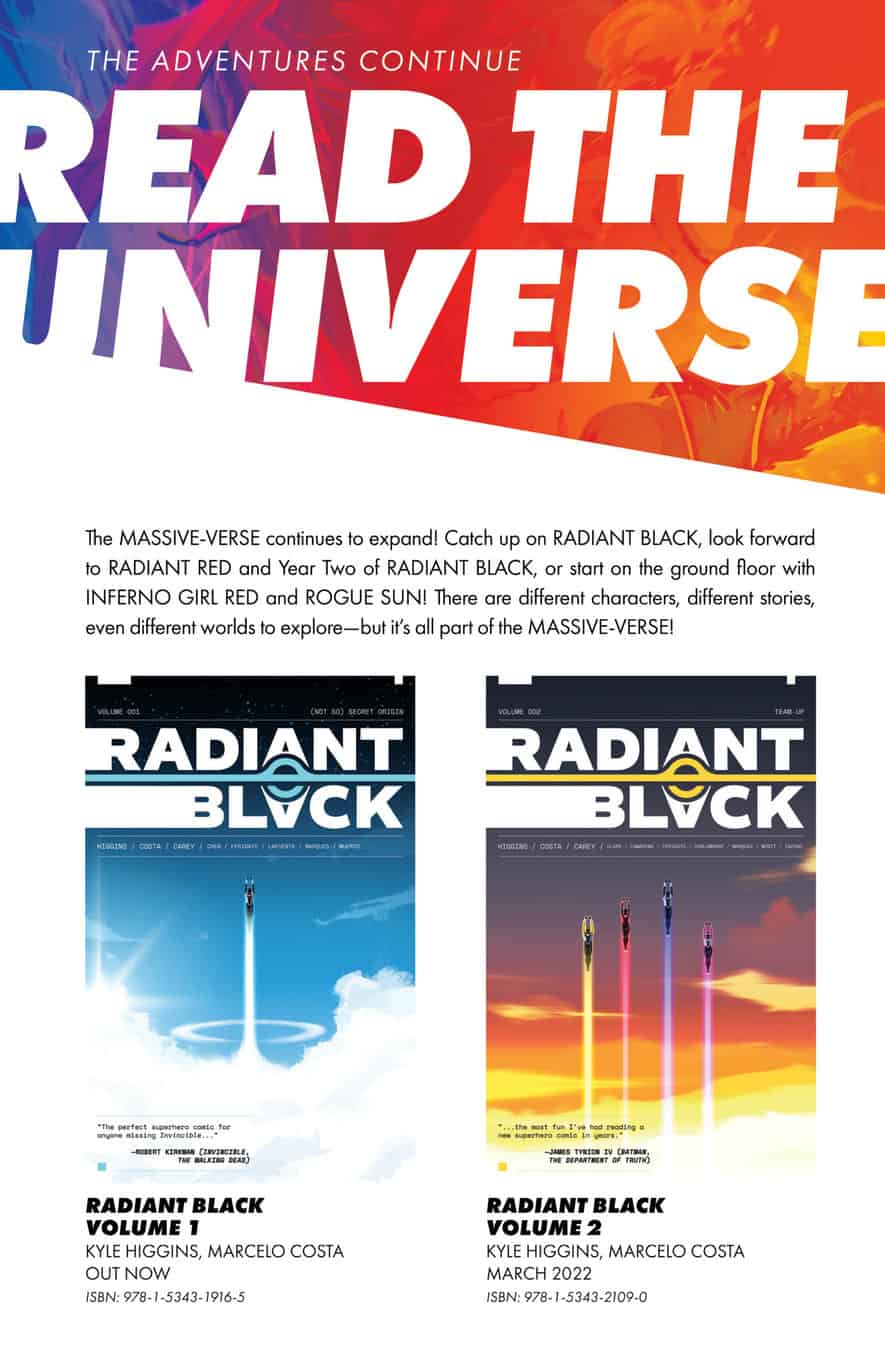 Into includes three more franchises on top of Radiant Black and The Dead Lucky: Radiant Red, Rogue Sun and Inferno Girl Red; all have book(s) out in 2022. 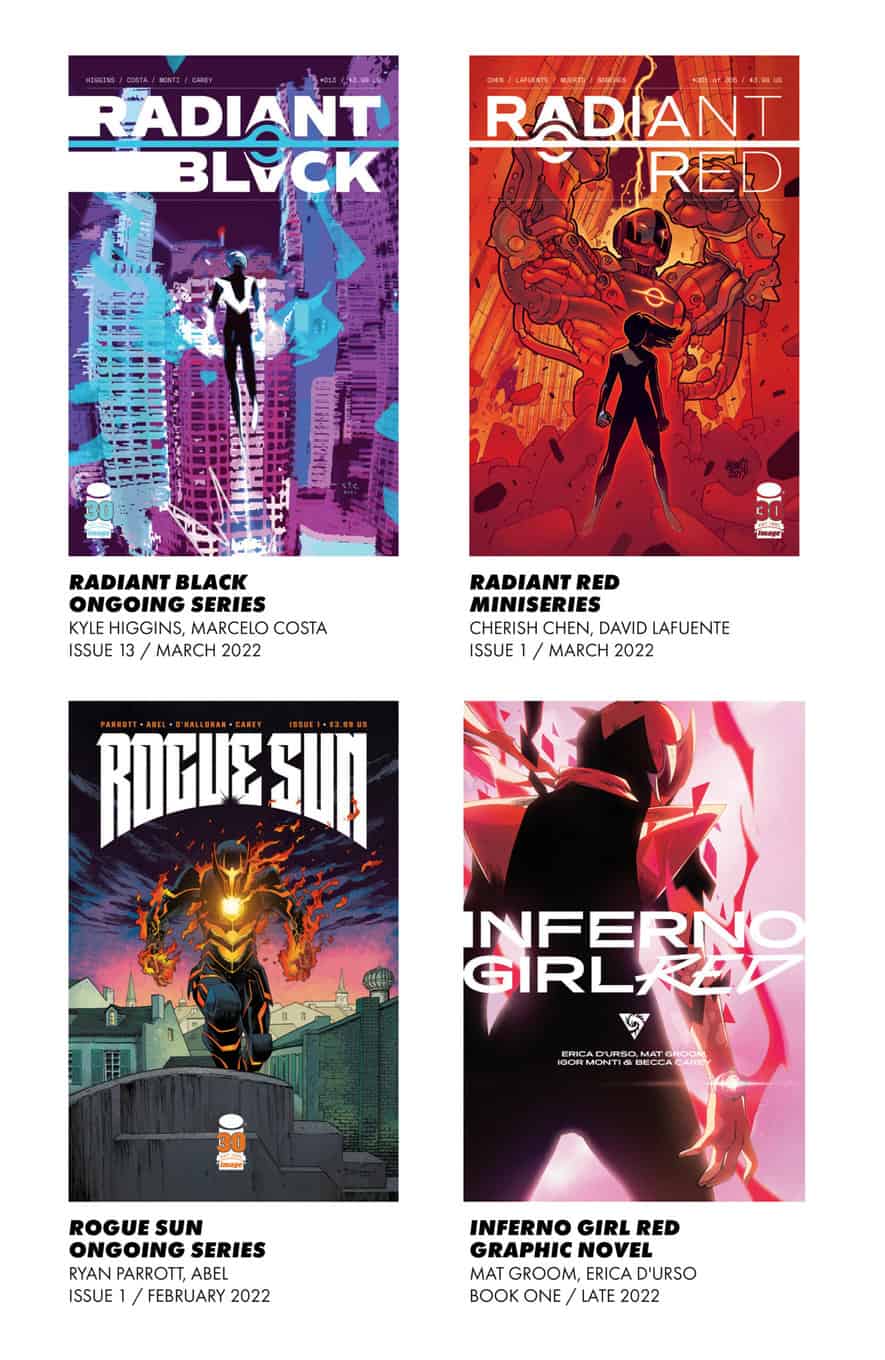 Although, a fifth spin-off was also teased last month with Radiant Yellow. 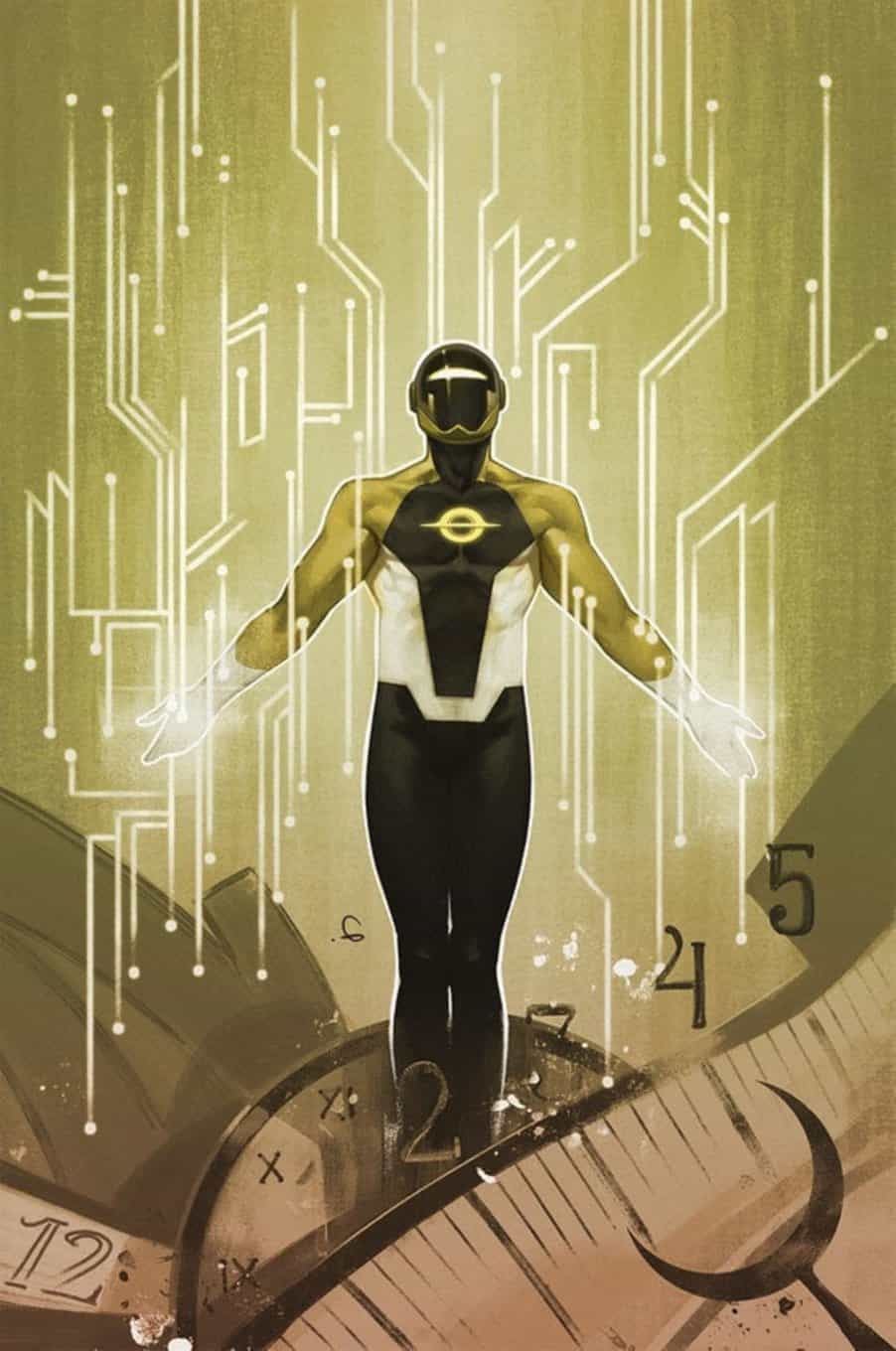 Now, you may count this Supermassive one-shot as also a spin-off, but this was an event book and unless they repurpose the name for a one-shot in 2023, I’m comfortable excluding it from my count on that technicality. 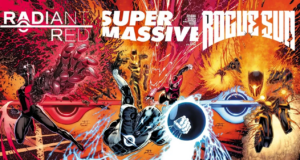