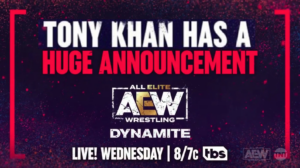 Since press time ROH has issued a press release responding to the news of the promotions purchase here.

March 2, 2022 – Moments ago on AEW: Dynamite live on TBS, it was announced that Tony Khan has agreed to acquire the assets of Ring of Honor Wrestling Entertainment, LLC from Sinclair Broadcast Group, including the promotion’s extensive video library dating back to 2002, brand assets, intellectual property, production equipment and more.

Known widely as the independent promotion that birthed some of wrestling’s biggest stars of today, including AEW’s CM Punk and Bryan Danielson, and highlighted dozens of members of the AEW roster, Ring of Honor’s purchase signifies a new chapter in the future of professional wrestling as AEW’s meteoric rise continues to draw the youngest-skewing wrestling audience on television.

“Ring of Honor’s influence on modern professional wrestling is etched permanently in the history books, and this acquisition ensures that its legacy will be kept alive and treated with the utmost respect,” said Tony Khan, CEO of AEW, Chief Football Strategy Officer of the Jacksonville Jaguars and GM/Sporting Director of Fulham F.C. “This deal adds thousands of hours of content to our rapidly growing library and creates new opportunities to expand our footprint on a national and global scale, while having the potential to produce new content under the ROH banner. I will immediately begin exploring opportunities to make ROH’s video library available to fans, who’ll have the opportunity to witness the beginnings of the careers of some of AEW’s biggest stars.”

“Ring of Honor has produced some of the best professional wrestlers over the past 20 years, but more importantly, it created a family. I will be forever grateful to everyone in the ROH family who has worked tirelessly for the past two decades to take ROH to levels previously unimagined,” said Joe Koff, Chief Operating Officer, Ring of Honor Wrestling. “Tony has the utmost appreciation and respect for Ring of Honor, and I’m truly excited to see how he continues the legacy.” 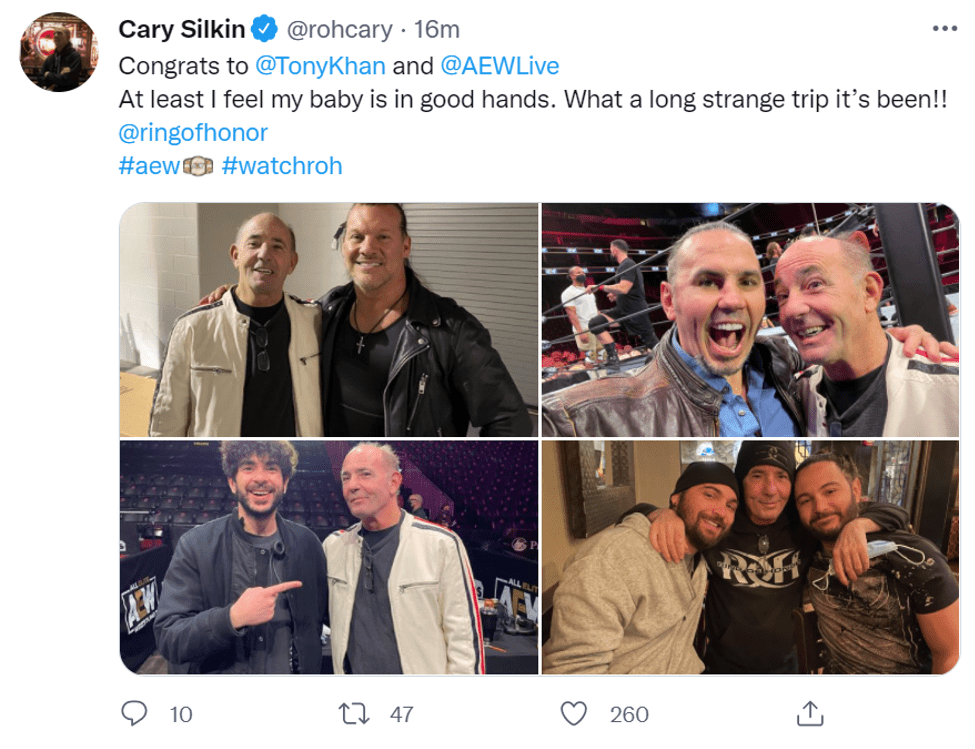 At least I feel my baby is in good hands. What a long strange trip it’s been!!⁦ @ringofhonor⁩

Silkin’s comments implies that Khan may keep the promotion active. Perhaps this is one of the reasons that Khan has been picking so much talent over the last year? Stay tuned as this story develops.