Red Sonja Gets Another Spin-Off In Samurai Sonja Series! 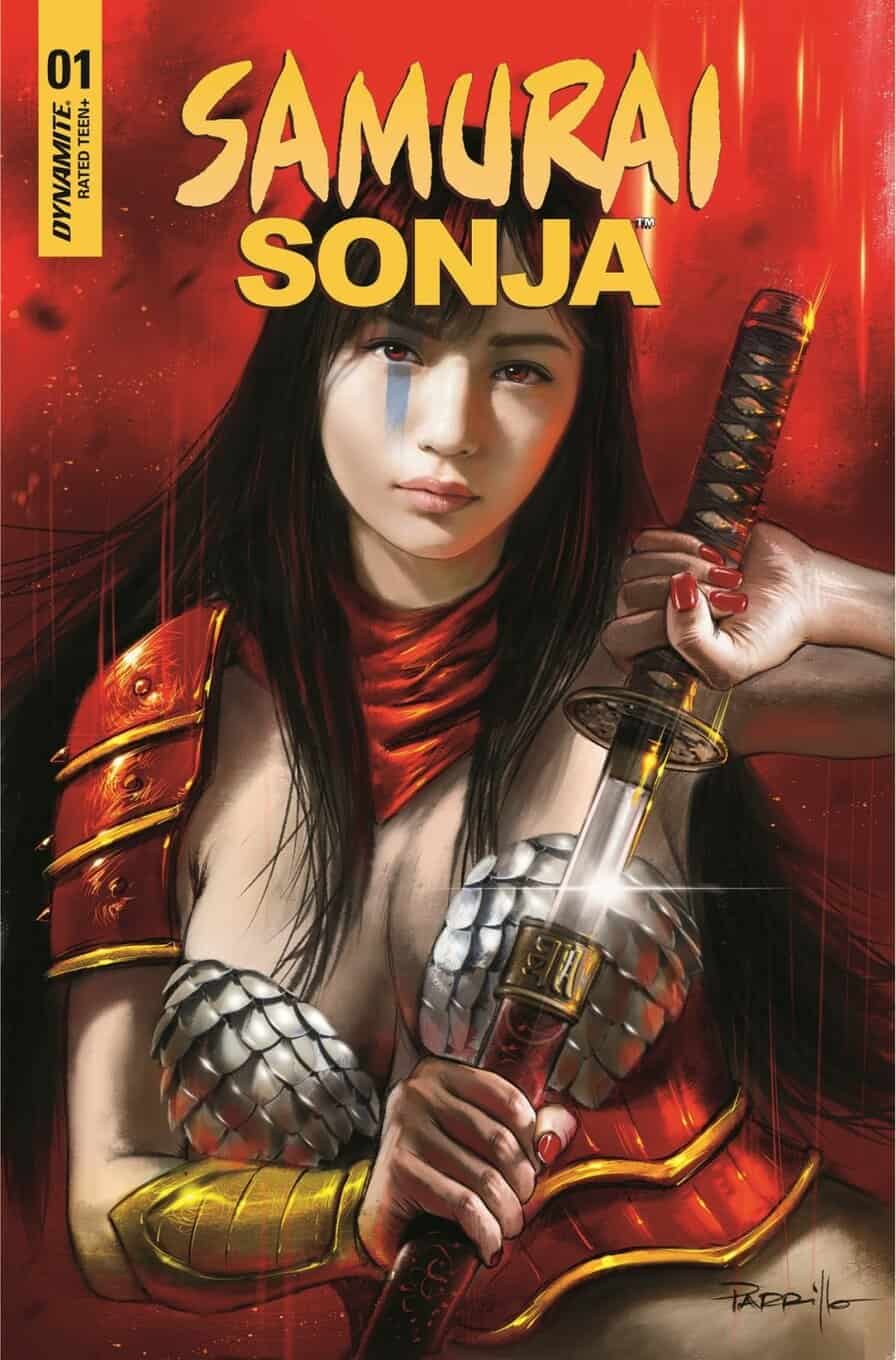 After fans learned about the infinite variations of the Red Sonja concept across time and space, Dynamite is gearing up for a new series set in the Sengoku period of Japanese history. In Samurai Sonja #1 a new Sonja emerges. This version of the warrior is the daughter of a slain samurai. She will take on his sword to prove herself worthy of her family’s legacy. Read more from the publisher below:

“Her journey goes awry when she makes a deal for her life with the goddess Amaterasu in a desperate moment. Sonja will be gifted a set of magical armor and powerful weapons capable of slaying mythical beasts. However, if she falls in battle, her entire bloodline will be erased from history, and her family’s name will be no more.”

Writer Jordan Clark, known for his contributions to Aquaman and the Star Wars franchise, is on writing duties with artist Pasquale Qualano on interiors. Colorist Kike J. Diaz and letterer Jeff Eckleberry round out the creative team. 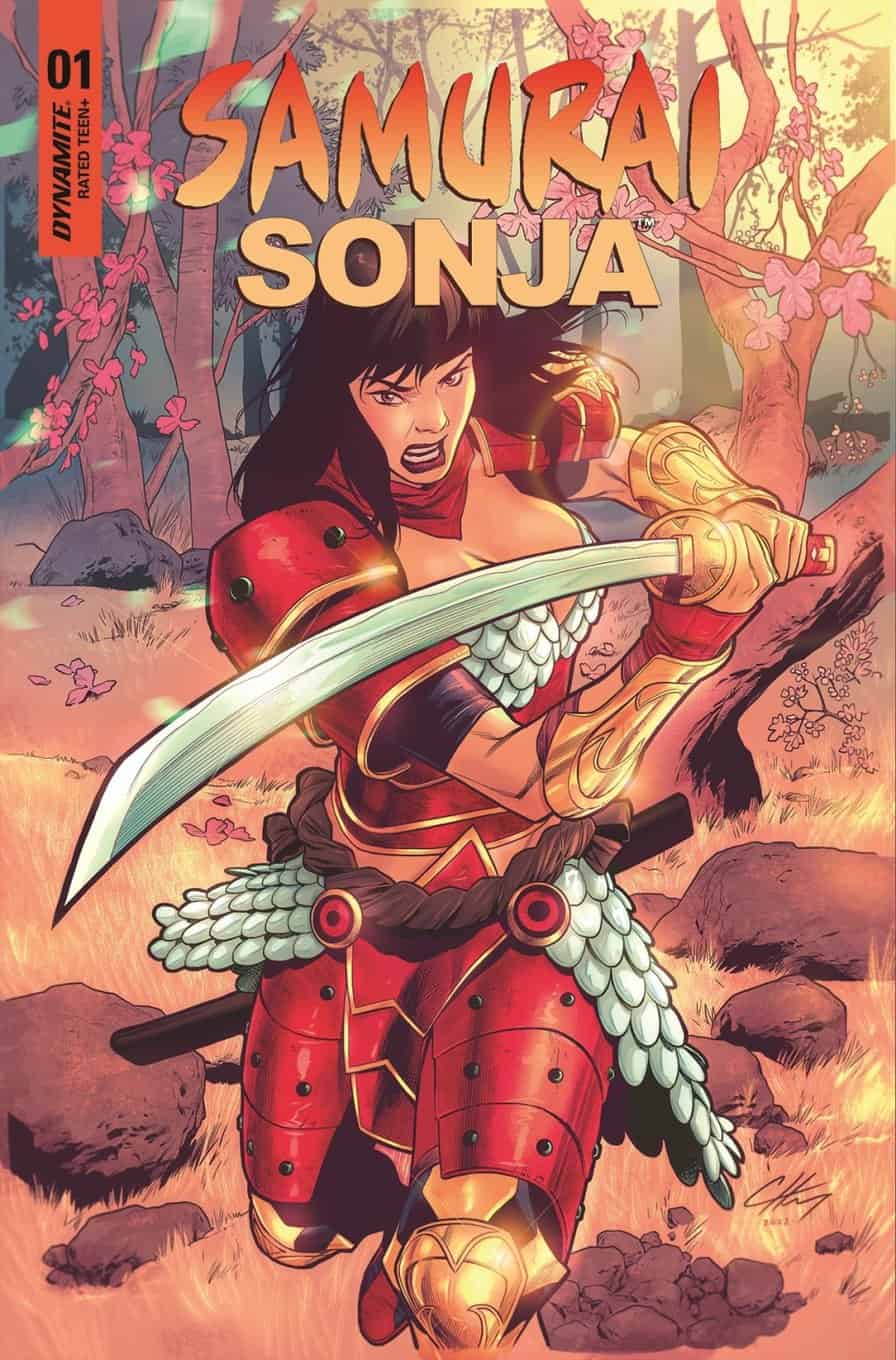 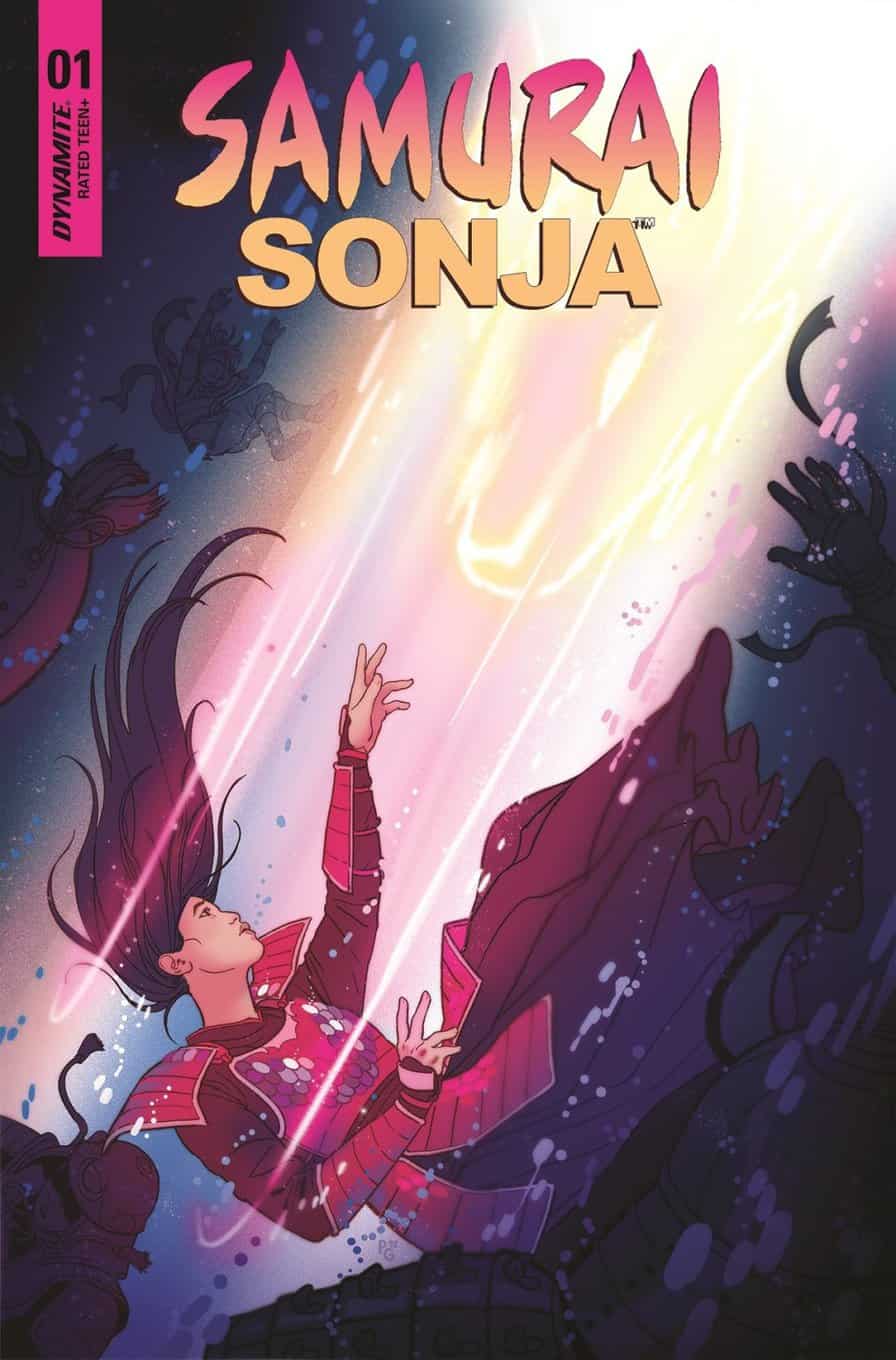 “I’m so excited to introduce readers to the world of Samurai Sonja!,” said Clark. “As a long time fan of samurai culture and folklore, getting a chance to merge those sensibilities with a timeless character like Sonja has been a blast. She embodies so much of the Bushido Code as a fierce warrior with a strong sense of justice as well as compassion. This is my love letter to works like Seven Samurai and Vagabond and if you’ve enjoyed Pasquale’s work in the Sonjaverse so far, just wait until you see what he’s doing on this series!” 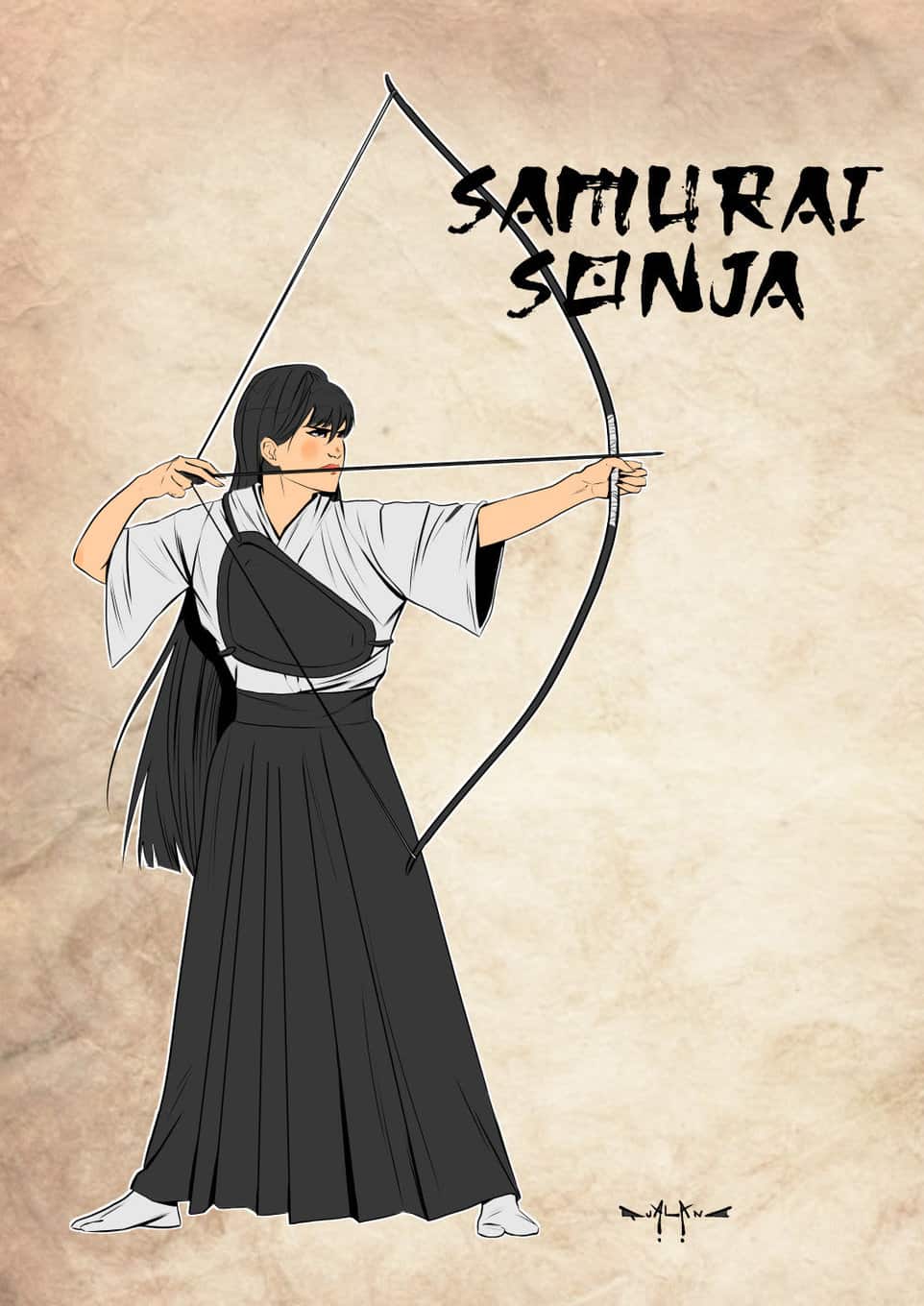 The new comic combines elements of Japanese history with the unique mythology of that culture, specifically the Sengoku period, which lasted circa 1467 to 1615 and was marked by endless civil war and tension following the collapse of the last major government. This Sonja also faces legendary creatures from Japanese folklore, including the Demon King, Shuten-Dōji. 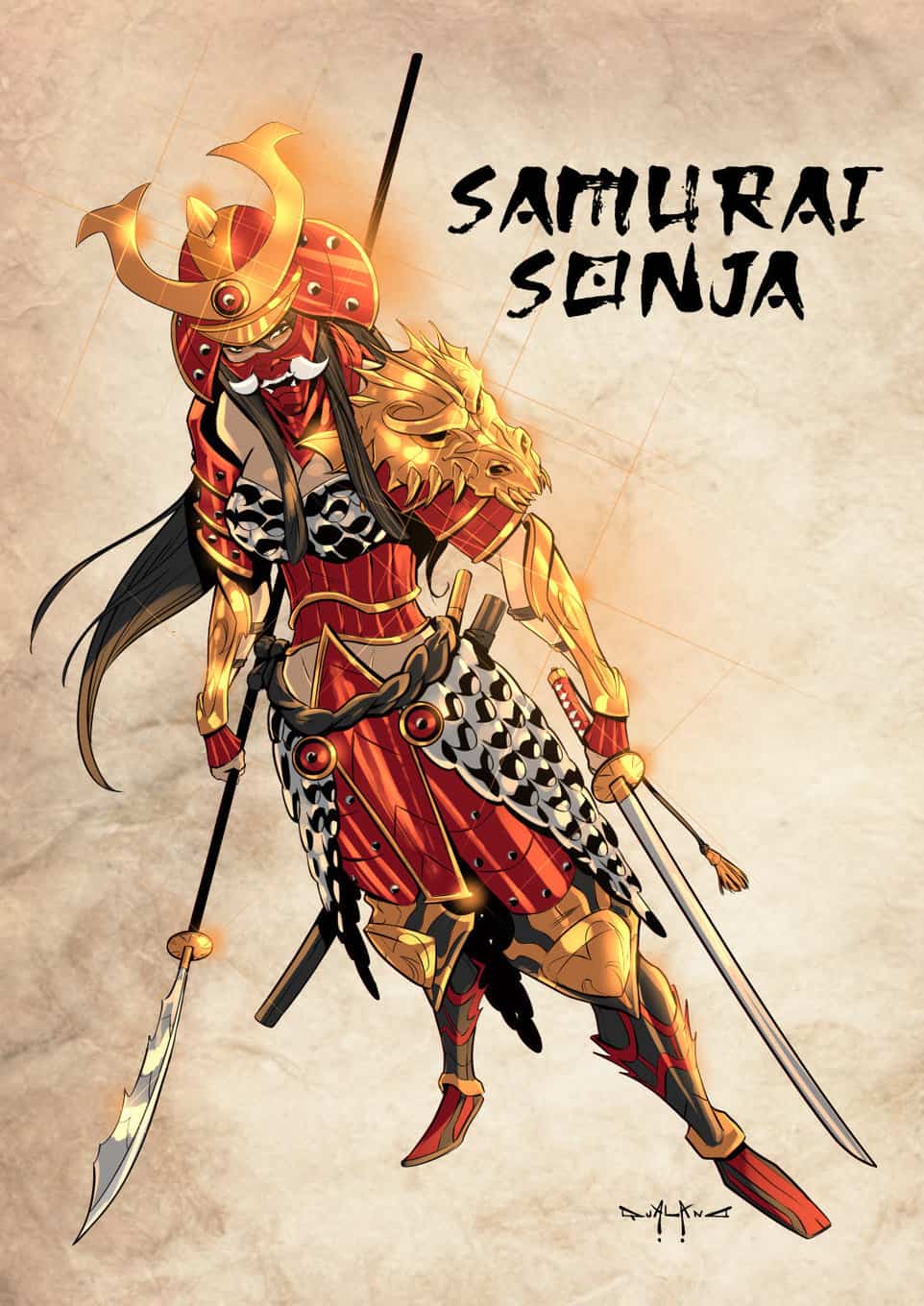 Samurai Sonja #1 will be available for preorder in April and is slated for a June release. It will also be available for individual purchase through digital platforms such as Comixology, Kindle, iBooks, Google Play, Dynamite Digital, ComicsPlus, and more. 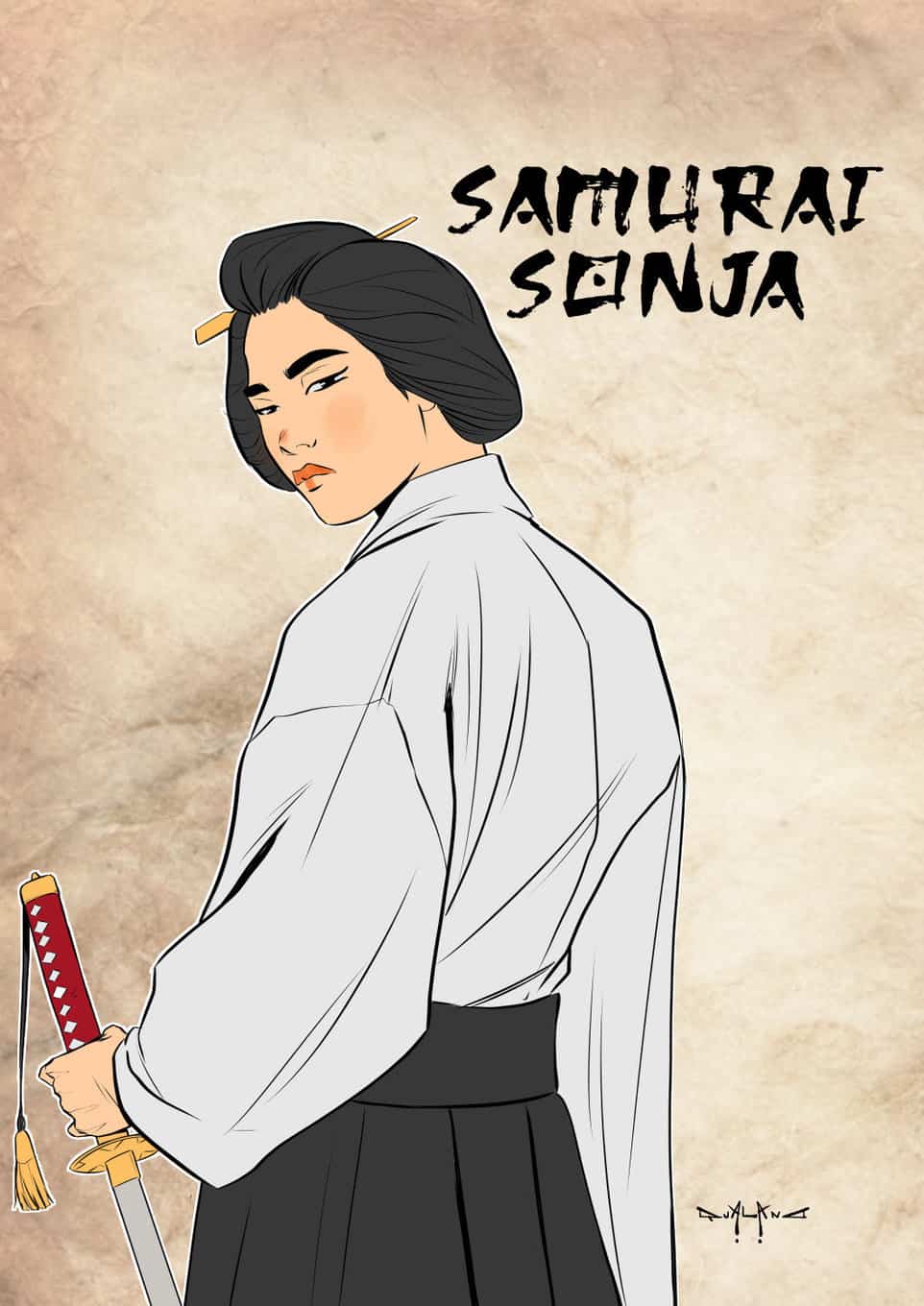