Outpouring Of Emotion From Wrestling Community Over Passing Of Scott Hall!

Outpouring Of Emotion From Wrestling Community Over Passing Of Scott Hall At 63! 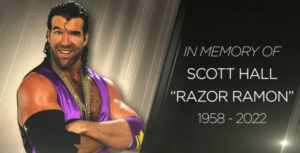 In addition to all the major wrestling promotions paying tribute to Hall so did he his elders, peers and the next generation of wrestlers too. Below is just a small sampling of the outpouring of love for the “bad guy”. 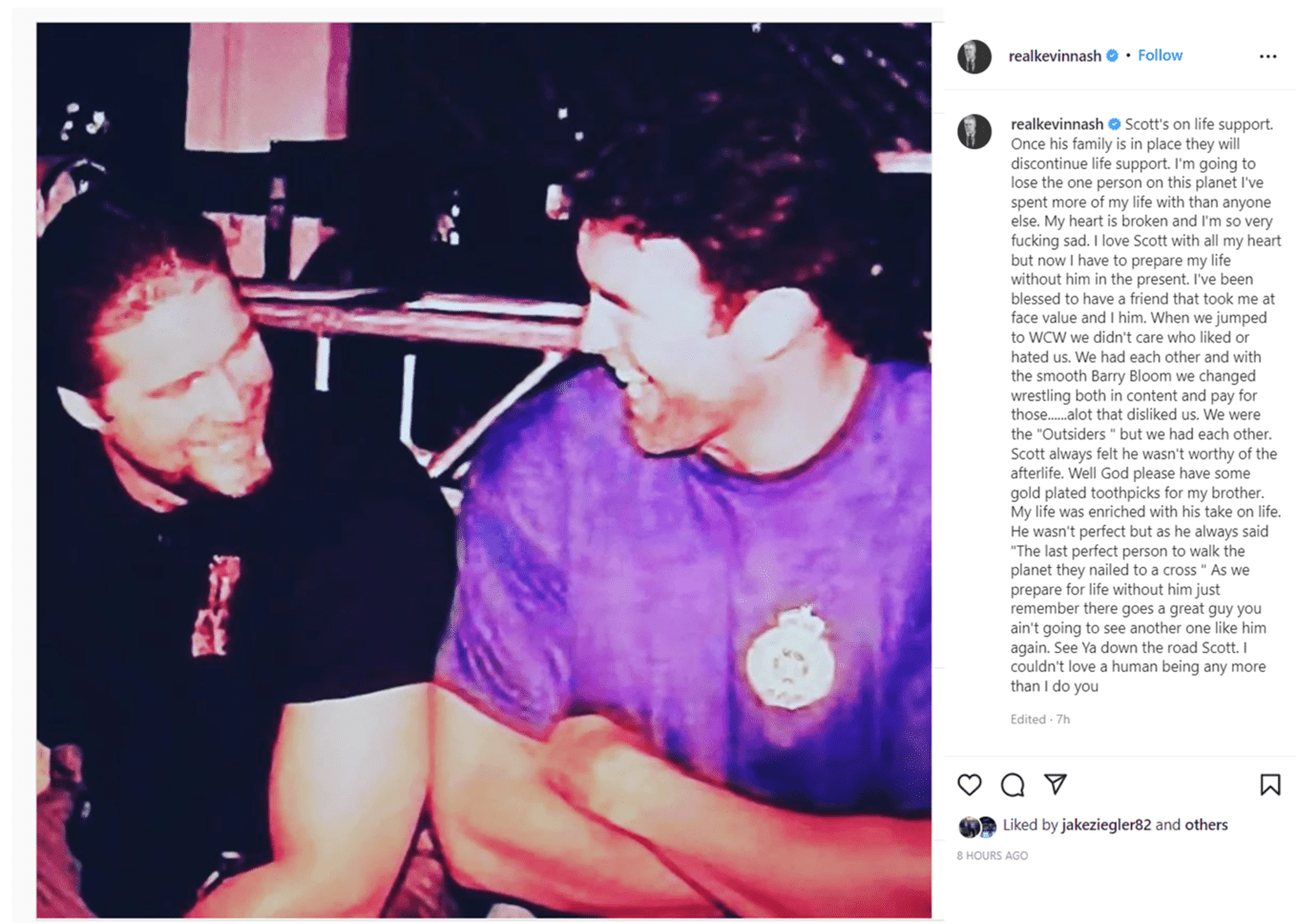 I love you Scott!!
I’ll see you down the road…#BuddySystem pic.twitter.com/Qx2he0TetS

He wore that shirt every week & had the rest of the nWo(Hulk,Dusty, Macho Man) always shout me out on live TV while I was out with a broken neck. Just one example of what a good friend he was. #RIPScottHall pic.twitter.com/eBCg7FoOH6

I love you my friend!!

Doesn’t seem real. RIP Scott. You were a light. I’ll cherish our memories and always be so beyond grateful for your words and encouragement. Has always meant so much to Brie and I. Lots of love and prayers to the family. 🤍✨🙏🏼N https://t.co/1IemJsUQy1

So many prayers for Scott Hall and his family right now. The wrestling community is a very strong family and near or far, we have each others backs. Times like these are never easy but I do know there are so many incredible people waiting for you on the other side, ‘Bad Guy.’ 💜 pic.twitter.com/KGTpWR44BR

Scott Hall was a towering figure among his contemporaries – a legend inside and outside the ring.

My deepest condolences to his friends, family and everyone who loved him.#RIPScottHall https://t.co/dDRd88DGjz

My brother has gone on to Valhalla to raise some hell

The bad guy till the end.
“YO Death, what’s your finisher? Can’t wait to kick out”
He may not have kicked out,
but he wasn’t gonna put that MF’er over clean ❤️@realkevinnash love you & miss you more!
God Speed
RIP
Dally pic.twitter.com/EihZrfAWnO

Always enjoyed being around the Bad Guy. One of best minds, and workers, in the business, he and Kevin changed the business-for the better. Rest easy friend. https://t.co/KYKrwnQ2FK

One of the greatest minds in wrestling history, a one-of-a-kind performer, and a man who left an indelible mark on the business.

Saddened to hear about Scott Hall’s passing. The Bad Guy was always great to my brother & I. My thoughts go out to his family & loved ones. #RIPScottHall pic.twitter.com/cOxea6DvWF

My family and I are saddened to hear of the passing of our friend, Scott Hall. I knew him most of my life and he will be very missed. Our prayers go out to his family and friends. #RIPScottHall pic.twitter.com/gBPwUw250T

Scott Hall was a gifted performer, a brilliant mind, and a credit to this profession.

God bless Scott and his loved ones. His contributions will never be forgotten.#RIPScottHall pic.twitter.com/yVgSS0vTSw

Without Scott Hall and his influence in professional wrestling, this podcast would not exist.

That's just one tiny piece of the incredible legacy Scott left behind after his years of hard work and dedication to the industry.#RIPScottHall. You'll be badly missed. pic.twitter.com/e0BgZcMCeP

He wore that shirt every week & had the rest of the nWo(Hulk,Dusty, Macho Man) always shout me out on live TV while I was out with a broken neck. Just one example of what a good friend he was. #RIPScottHall pic.twitter.com/eBCg7FoOH6

Thank you for everything you've done for wrestling. You left the business better than you found it. pic.twitter.com/Fkm5XKuHTQ

— Something to Wrestle with Bruce Prichard (@PrichardShow) March 15, 2022

I’m saddened to hear of the passing of Scott Hall. He always made time to talk to me and he always encouraged me to fight for what I wanted. He made it cool to be a “bad guy.” 🙏🏽 #RIPScottHall #RazorRamon pic.twitter.com/ZRpT7pQxOI

Scott, You Had An Incredible Career! As You Know, We All Respected You So Much! Thank You For Our Friendship & For The Greatest Survivor Series I Was Ever In! Rest In Peace! 🙏🏻🙏🏻🙏🏻 pic.twitter.com/25dwdtgObJ

I know I always say I’m the coolest- but I was probably lying because he was. #RIPScottHall

He’s left a legacy in wrestling that nobody will ever touch.
Survey says…Block The Hate Salute the Great! 💔 #Outsider #Chico #TooSweet #BlockTheHate

Without Scott Hall, wrestling as we know it today wouldn't exist. He set new standards, changed the business, and left a legacy that will last forever.

Hey Yo — Scott Hall was a true legend who changed the game forever. There will never be another like him, Chico. We’ll never, ever forget the “medium sized mang.” 😞💔 #RIPScottHall pic.twitter.com/0zdGMPe3eG

We are saddened to learn of the passing of the legendary Scott Hall, he will live on forever in the hearts of his fans.

We send our deepest condolences to his family, friends, and fans. pic.twitter.com/AFu05Pa8jj