It was a stacked episode of AEW Dynamite this week. 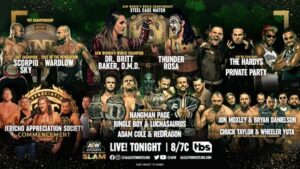 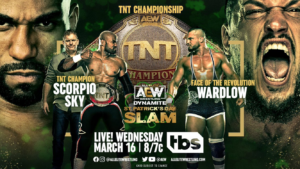 There was the TNT Championship match between Scorpio Sky and Wardlow. 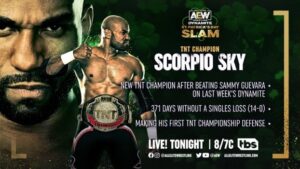 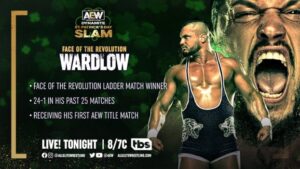 There was also the AEW Women’s World Championship match as the main event. 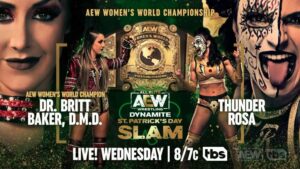 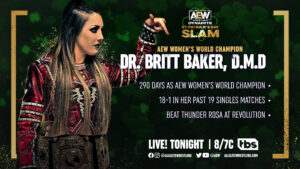 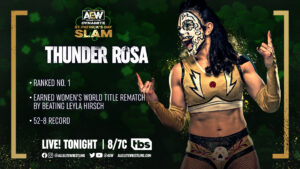 Well, in one of those matches a new champion was crowned per AEW’s own recap.

Sky and Wardlow had a stare-down. Sky applied a side headlock but Wardlow powered out and tossed Sky across the ring.

Paige got in Wardlow’s face outside the ring. Vanderford moved her aside. Vanderford distracted Wardlow long enough for Scorpio Sky to hit a sliding dropkick on Wardlow.

Wardlow grabbed Scorpio Sky by the throat and launched him with a belly-to-belly suplex. Wardlow tossed Sky a second time, but Wardlow was clutching his ribs from all the body shots he endured from Sky earlier.

Wardlow spiked Sky with a one-handed chokeslam. He signaled for the first movement of the Powerbomb Symphony! Wardlow planted Sky with one powerbomb. And then a second powerbomb! Wardlow dropped Sky a third time with the powerbomb. Dan Lambert jumped on the ring apron to distract Wardlow. Scorpio Sky rolled to the outside of the ring to buy some time.

Wardlow was about to powerbomb Scorpio Sky on the arena floor when Shawn Spears walked onto the ramp with two steel chairs! MJF came out of nowhere and drove Wardlow’s face into the steel ring post!

“Wardlow on unsteady legs. Where did MJF even come from?” asked Jim Ross.

Scorpio Sky rolled up a dazed Wardlow and pinned him!

Austin Vanderford grounded and pounded Wardlow, but Wardlow fought up Vanderford and Spears. Wardlow grabbed MJF but Spears blindsided Wardlow with a steel chair to the back! MJF pulled out a bank check and handed it over to Dan Lambert, who accepted the payoff.

“Wardlow is on an island all alone right now,” said Schiavone. 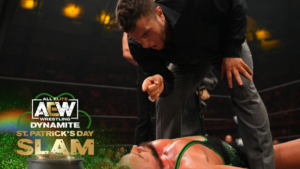 MJF cracked Wardlow in the head with the ring! “This was your call!” shouted MJF… 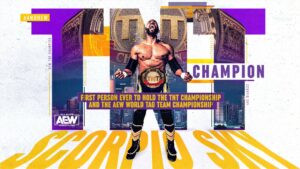 “The champ is coming out solo,” said Excalibur.

“Well there’s nothing Baker can do about it because she’ll be in a cage,” replied Schiavone.

Baker immediately tried to climb out of the cage but Thunder Rosa pulled her down to the mat. Baker fired back by hammering Thunder Rosa with shots. Thunder Rosa kicked Baker and then landed a clothesline. Thunder Rosa rammed Baker into the unforgiving steel cage!

“Britt is in a bad way here,” said Schiavone.

Baker was bleeding and Thunder Rosa began pushing Baker’s forehead back and forth against the fencing. Thunder Rosa rammed Baker face-first into the steel cage, outside the ring. Baker shoved Rosa away. Ref Paul Turner checked on Baker’s laceration.

Thunder Rosa hit a big stunner on Baker and followed up with a double knee strike to the champ! Thunder Rosa gouged Baker’s forehead. Baker cracked Thunder Rosa with a back elbow. Baker rocked Paul Turner with a mistimed superkick! Thunder Rosa nailed Baker with the Thunder Fire Driver but there was no referee to count the pin!

Thunder Rosa placed a steel chair on Britt Baker and climbed to the top rope. Britt got up and cracked Thunder Rosa three times with the steel chair.

Baker piled up steel chairs near the corner of the ring. Baker climbed to the top turnbuckle and smashed Thunder Rosa onto the chairs below with an Air Raid Crash!

Ref Aubrey Edwards entered the ring and counted but it was only a near fall as Thunder Rosa kicked out!

“Britt is looking not only to end the night but to end the career of Thunder Rosa,” said Excalibur.

Britt Baker cracked Thunder Rosa with a steel chair! Thunder Rosa rallied back with a Thunder Fire Driver into the thumbtacks and pinned Dr. Britt Baker! 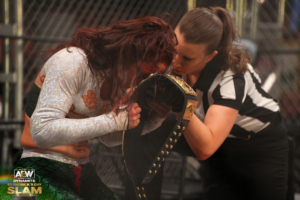 “The best of the best, Thunder Rosa, in her adopted hometown, the new AEW Women’s World Champion,” added Excalibur… 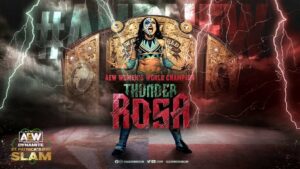 Another dynamic night of AEW programming.