The series is part of the Top 10 from the full Image Comics June 2022 solicits. 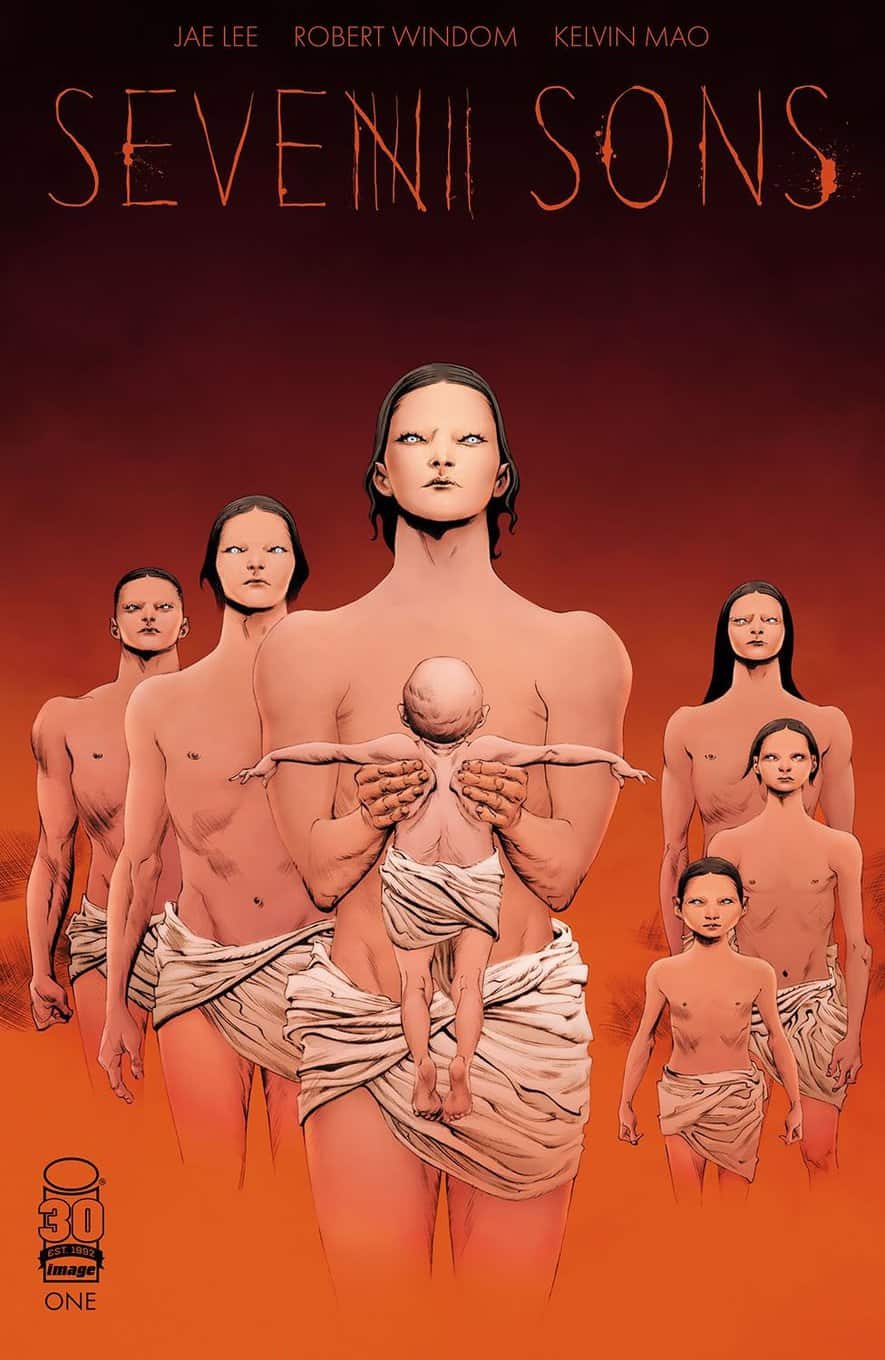 “Seven Sons is a complex and interesting story that grabs you from page one,” said Lee. “I’m excited for people to join us on this thrill ride!”

In Seven Sons, Delph—a young man who may be the Second Coming of Christ—runs for his life as he attempts to learn the truth behind his existence.

“Kelvin and I were interested in exploring the impact of religion in society—but with murder, mystery, romance, and even a missile attack or two—and Jae Lee is the perfect artist to realize our vision of this alternative history,” said Windom.

Seven Sons is the perfect series for fans of fast-paced plotting like The Fugitive paired with The Da Vinci Code’s Biblically high stakes. 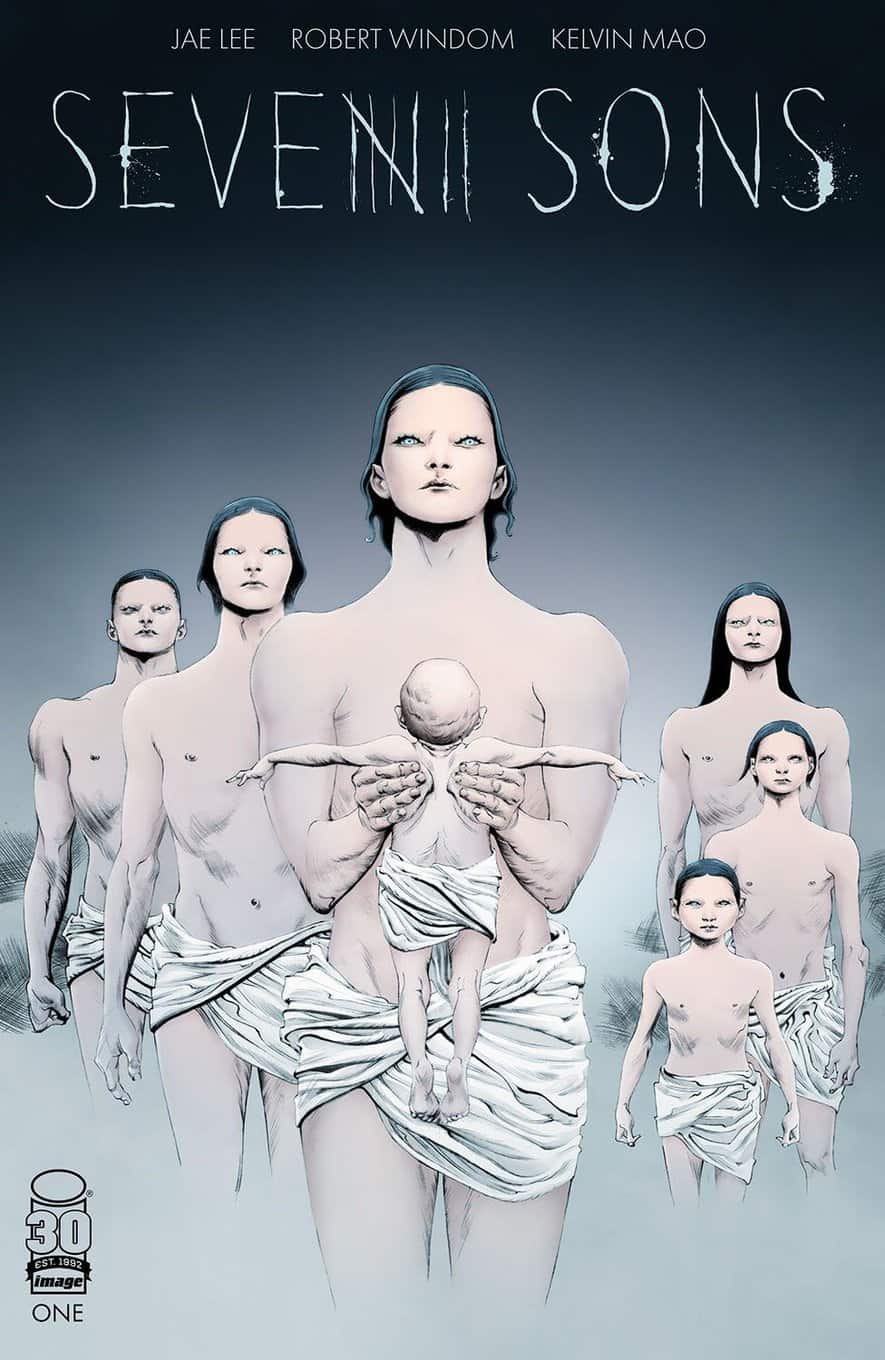 Seven Sons #1 will be available at comic book shops on Wednesday, June 15:

Seven Sons #1 will also be available for purchase across many digital platforms, including Amazon Kindle, Apple Books, and Google Play.

Plus a look at the interior pages via a preview has been released. 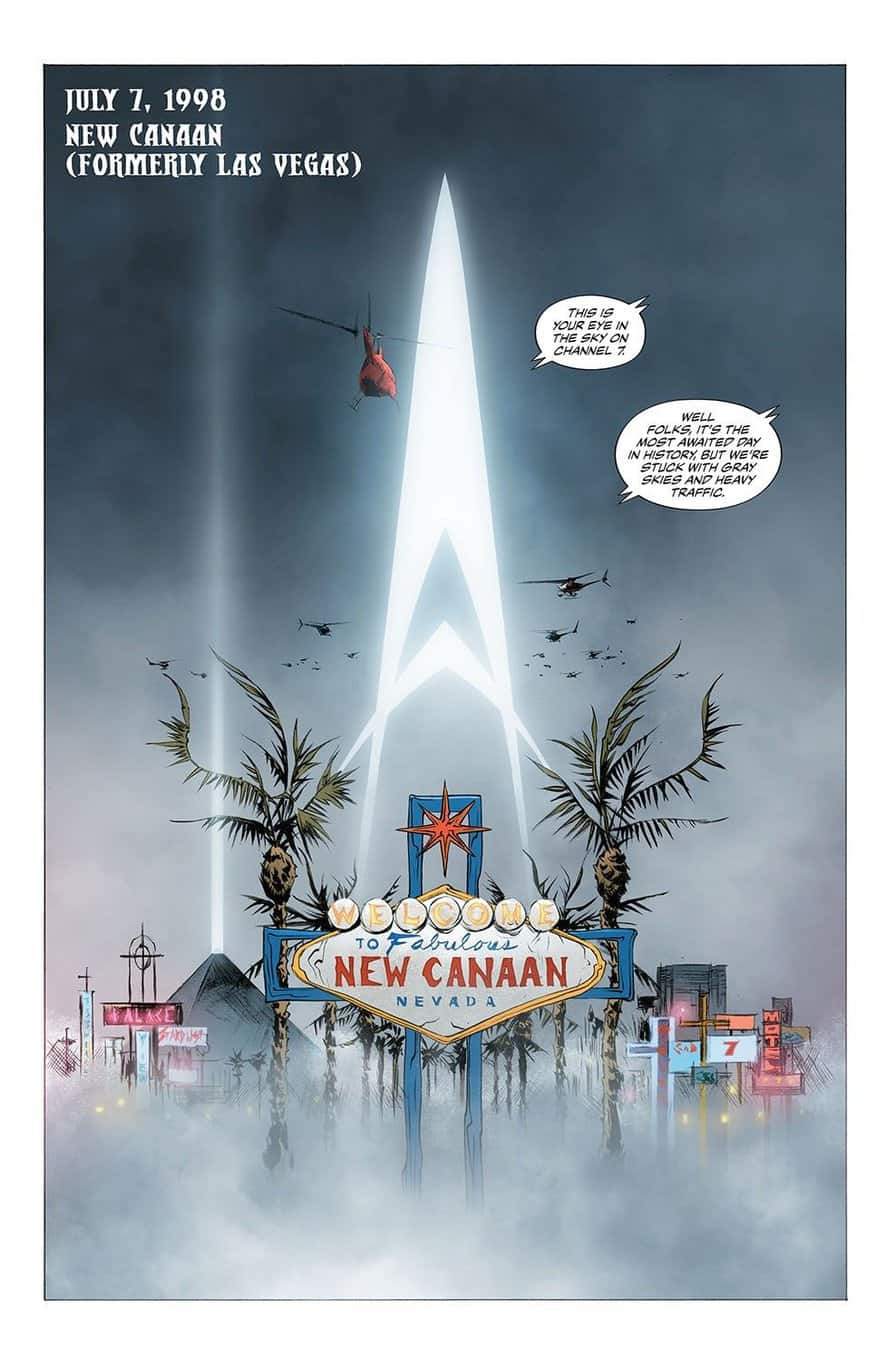 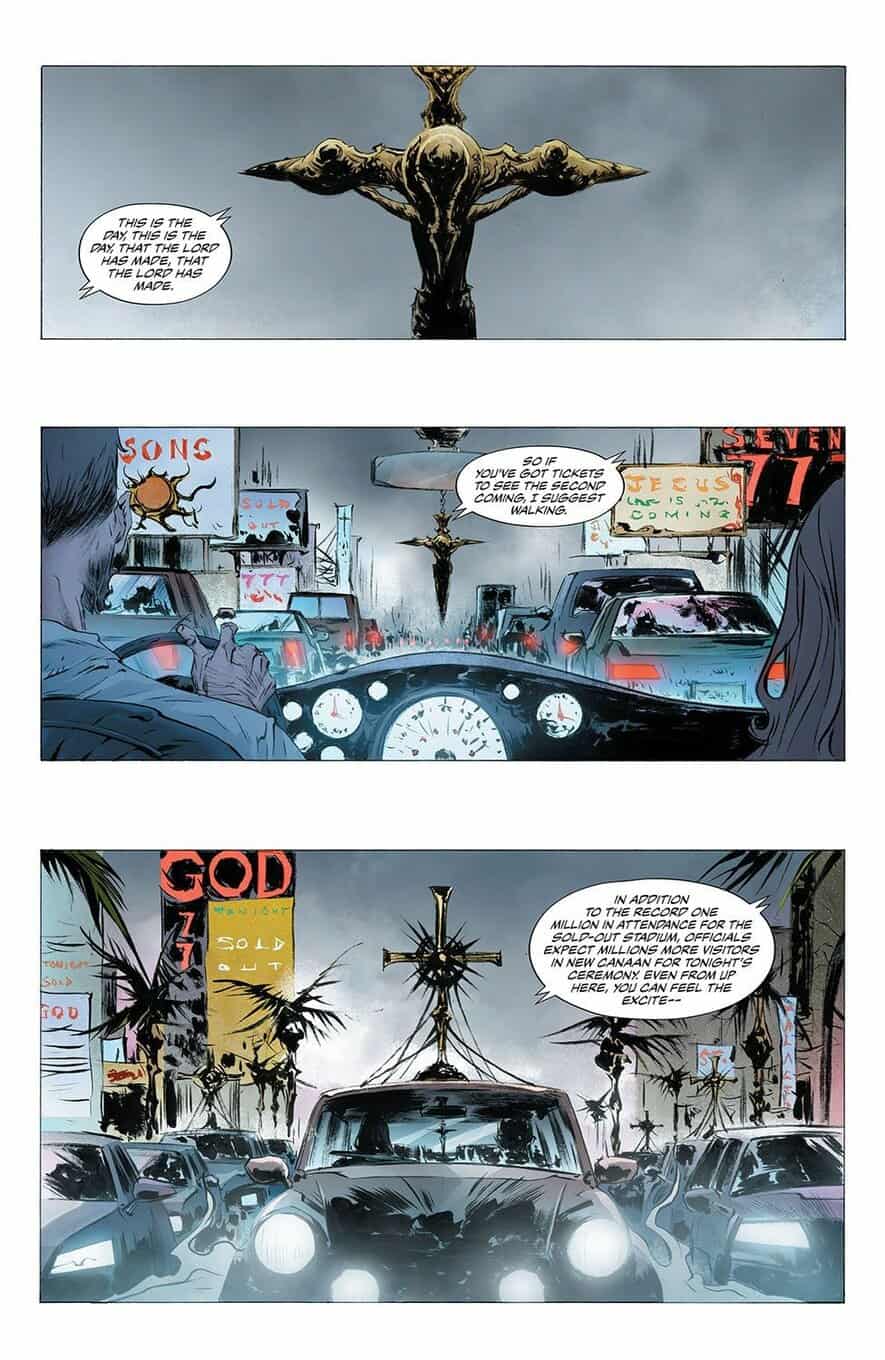 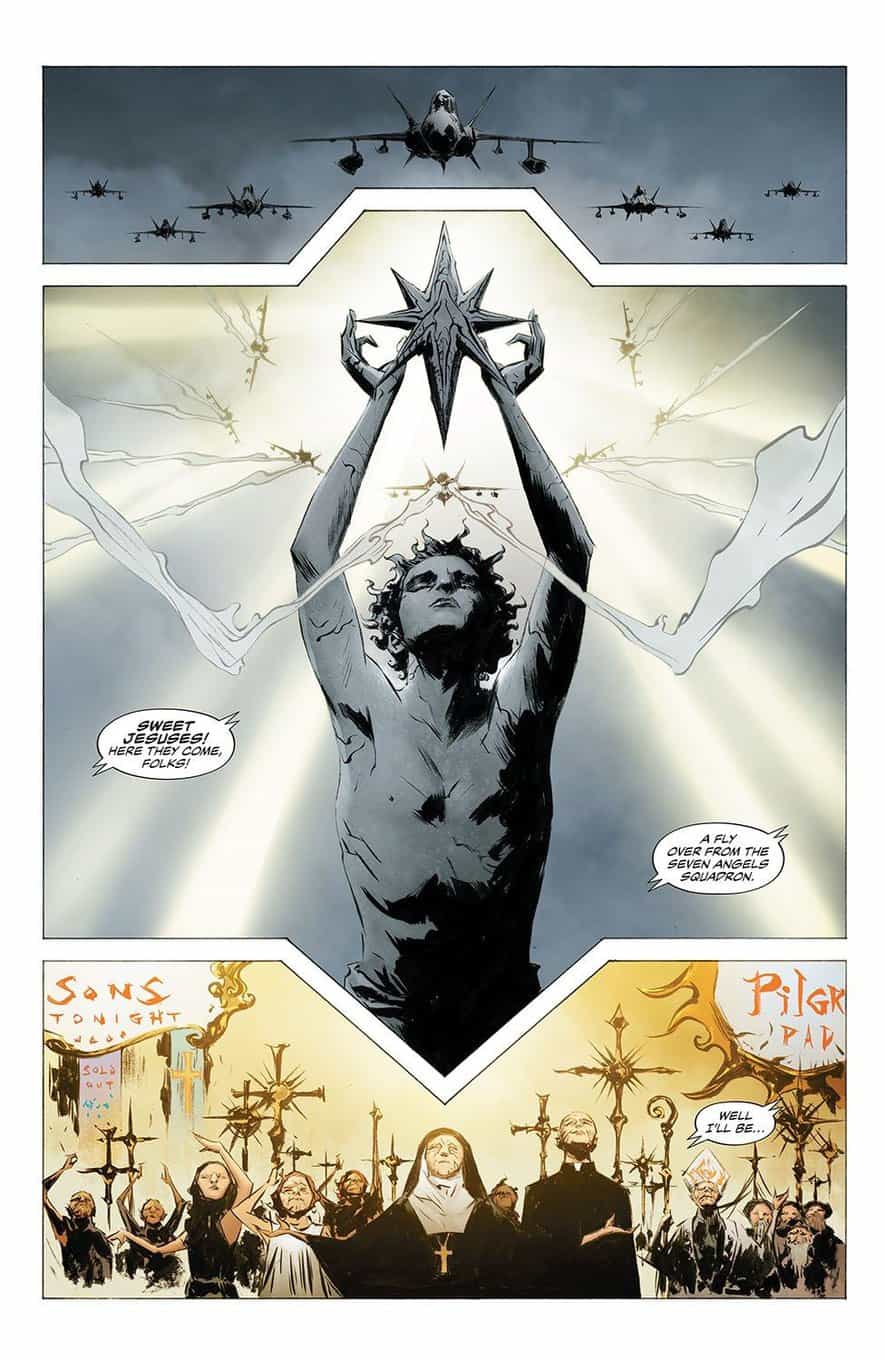 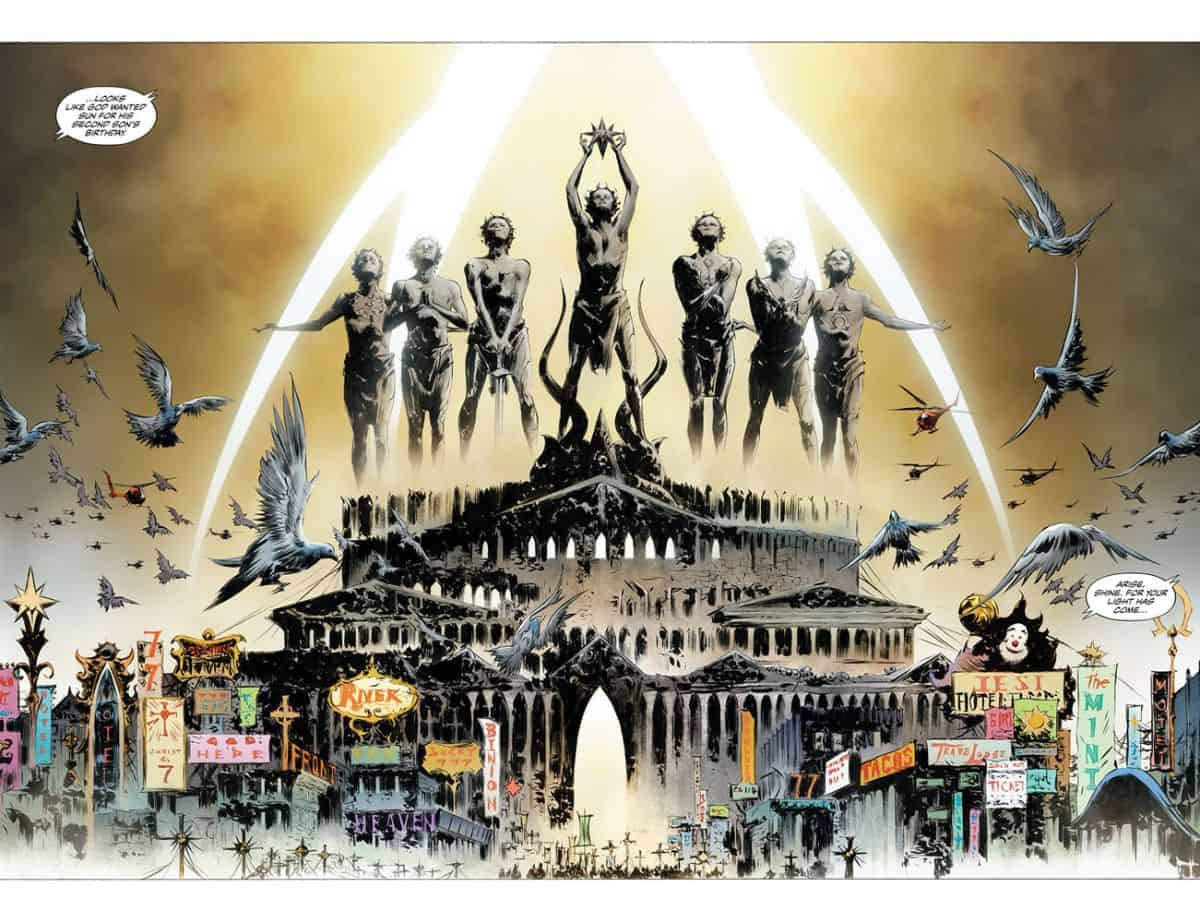 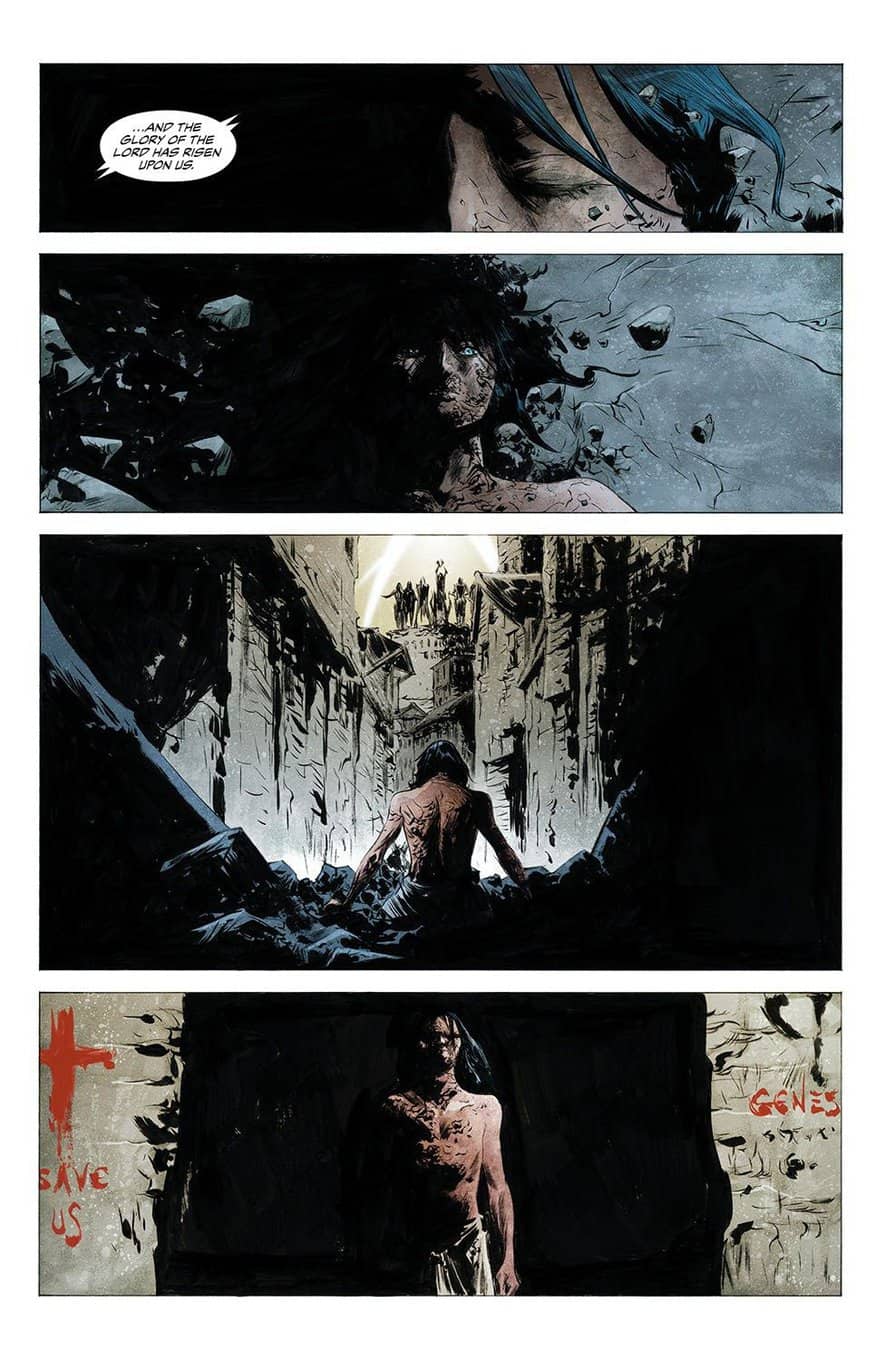