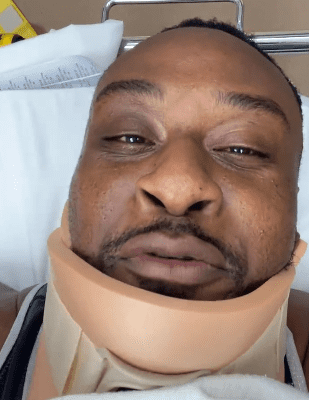 Looks like Big E went home rather quickly after he broke his neck in a botched move that he and Ridge Holland both contributed too.

Fortunately, the neck break doesn’t require surgery, but could still be career ending as Holland continues to wrestle and even picked up a win over Kofi Kingston a week later on Smackdown.

Big E has a new update and message for his fans.

Hoping for a speedy recovery for the champ.