Cody Rhodes was revealed to be Seth Rollins opponent for Wrestlemania 38. 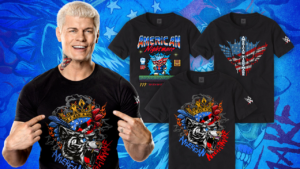 While their match remains underway WWE started selling his merch.

Dynamite Entertainment Announces Death Of Elvira Mistress Of The Dark?!