Chaos Engulfs The Trial Of The Amazons Part 5?! 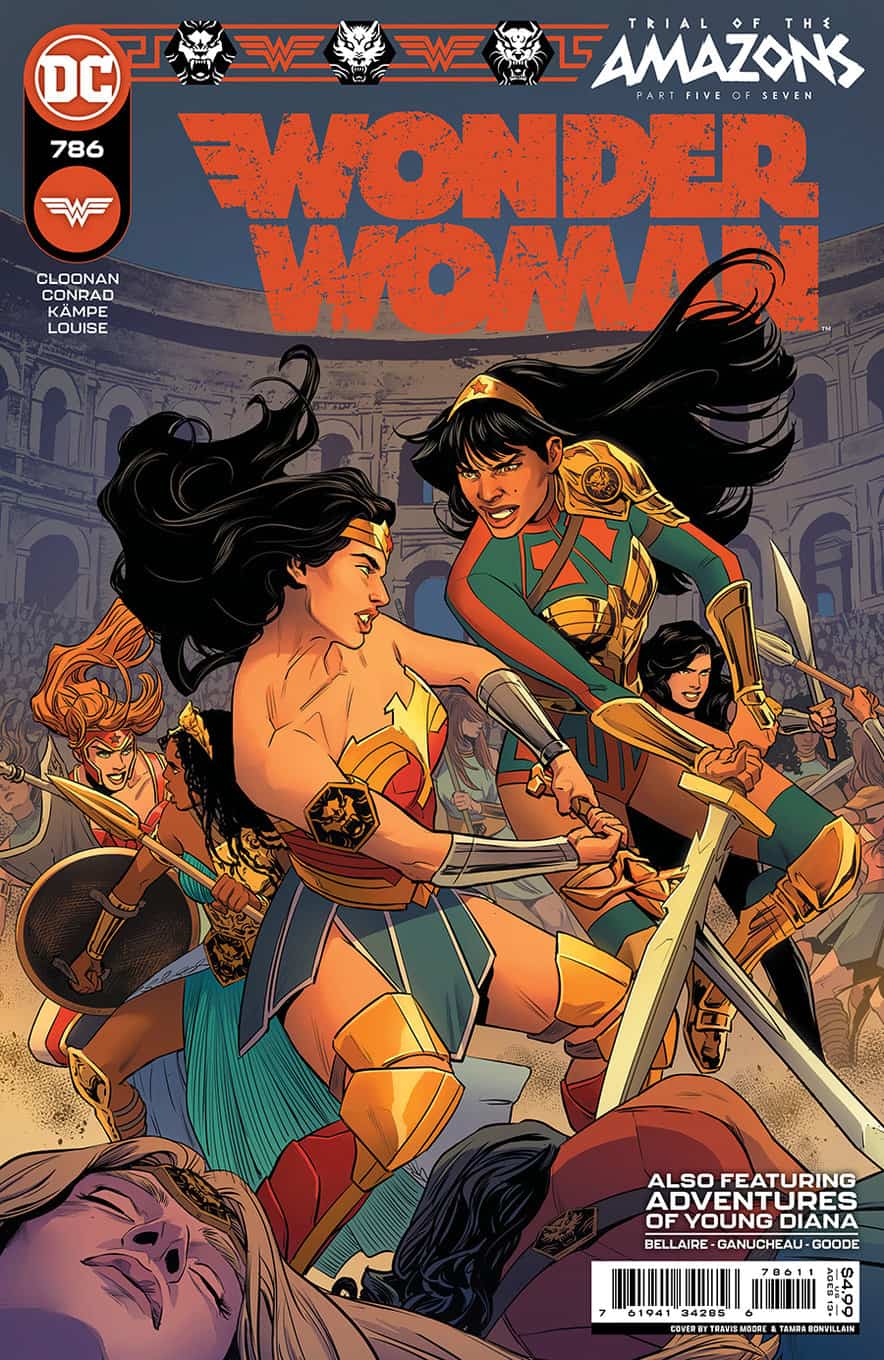 The issue includes a variant cover below that complements the main cover above. 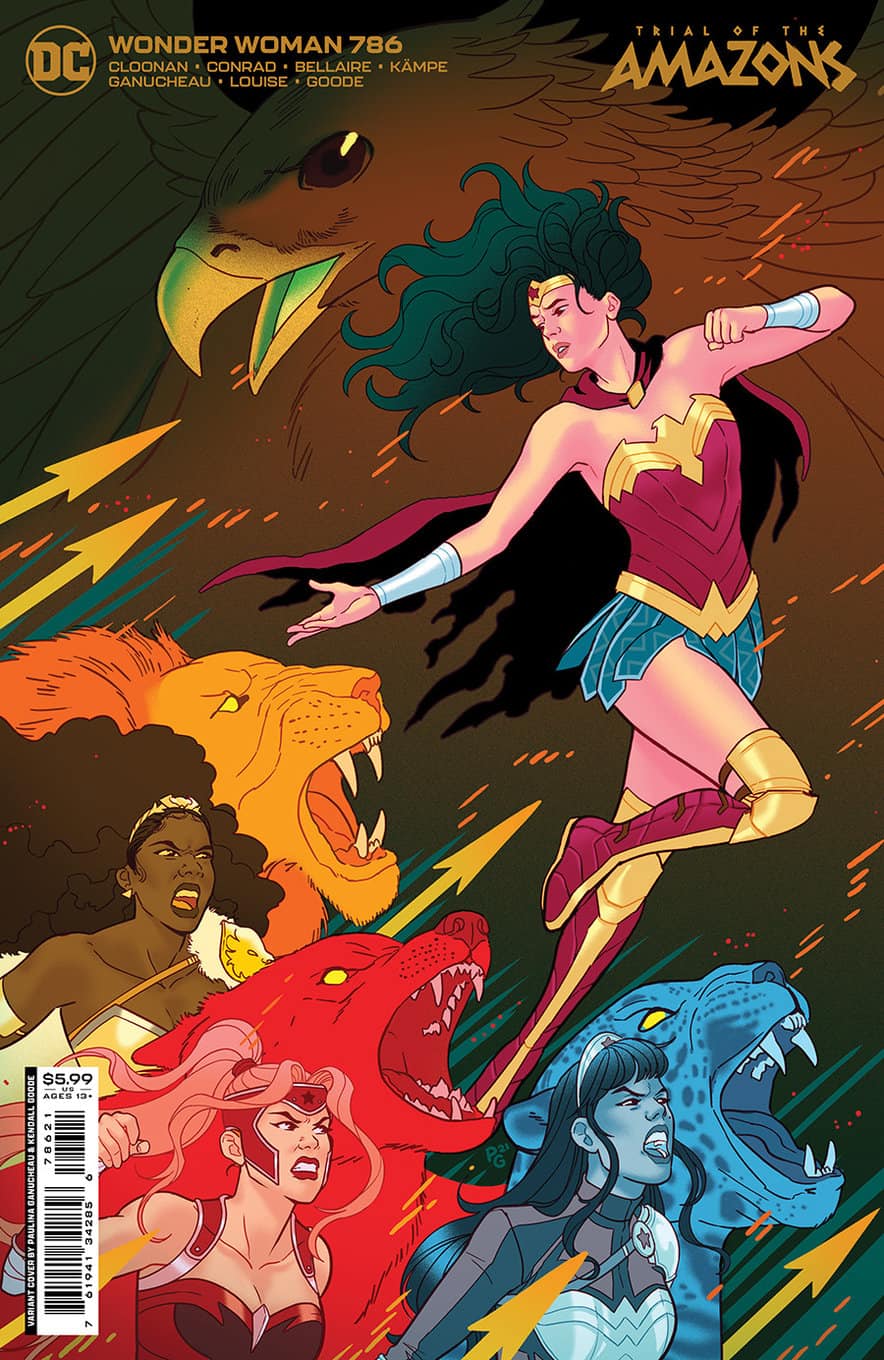 The seven part Trial of the Amazons event so far.

The promise of part 5 can be discerned from its solicitation.

“Trial of the Amazons” part five! Tensions rise as the tribes compete with one another to determine the future of the Amazons. But a lot more than just glory is on the line—immortality is too! Little do they know, someone is pulling everyone’s strings from behind Doom’s Doorway. Who could it be? Find out in this jam-packed issue!

The book opens with all three tribes giving their representative in the trial a weapon to use while Diana, who is beyond the tribes and represents all Amazons, brings her sword. 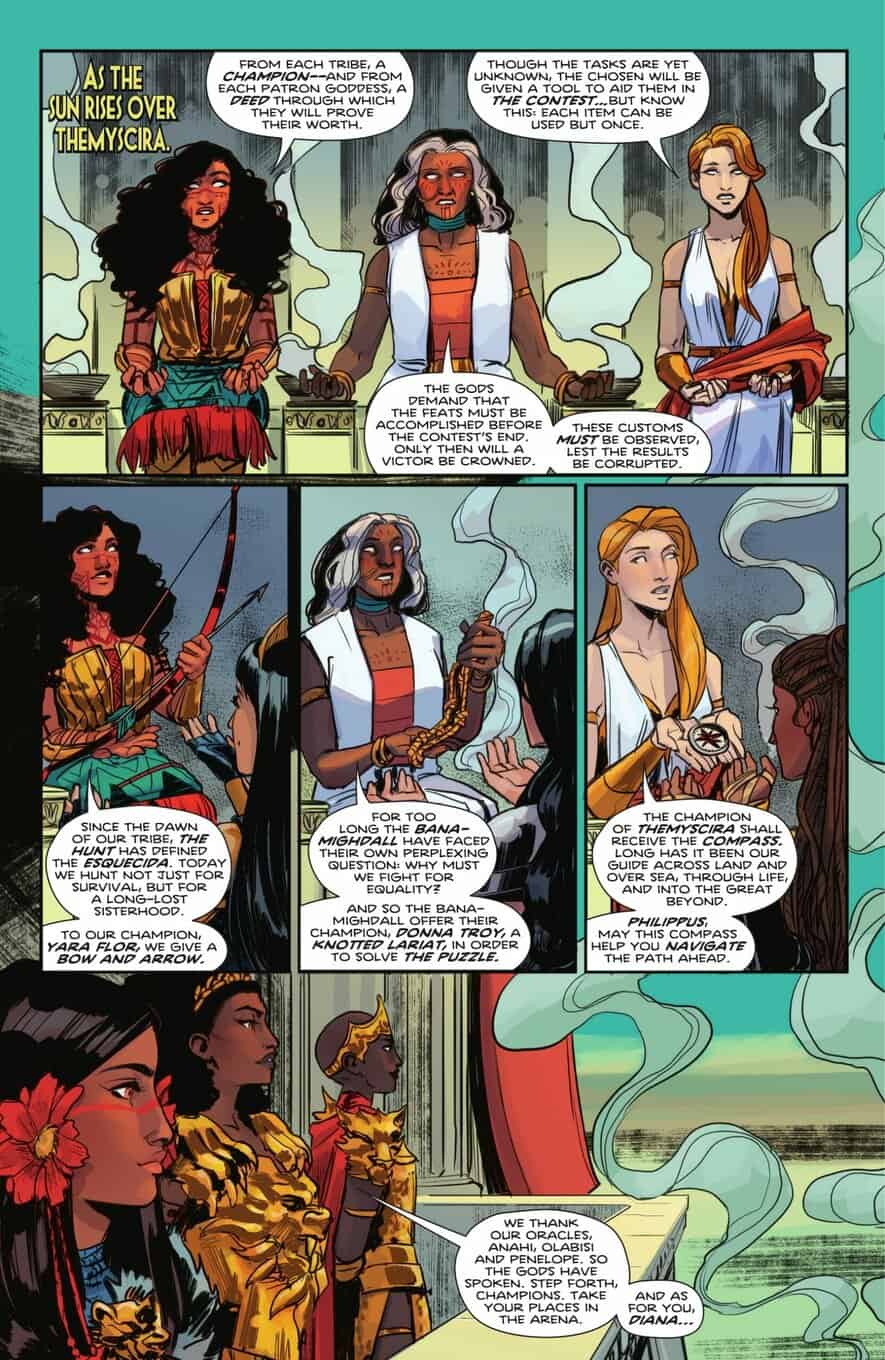 Considering Diana represents all the tribes it was a bit surprising to see editorial gave her the crest of her deceased mother’s tribe on the book’s main cover. 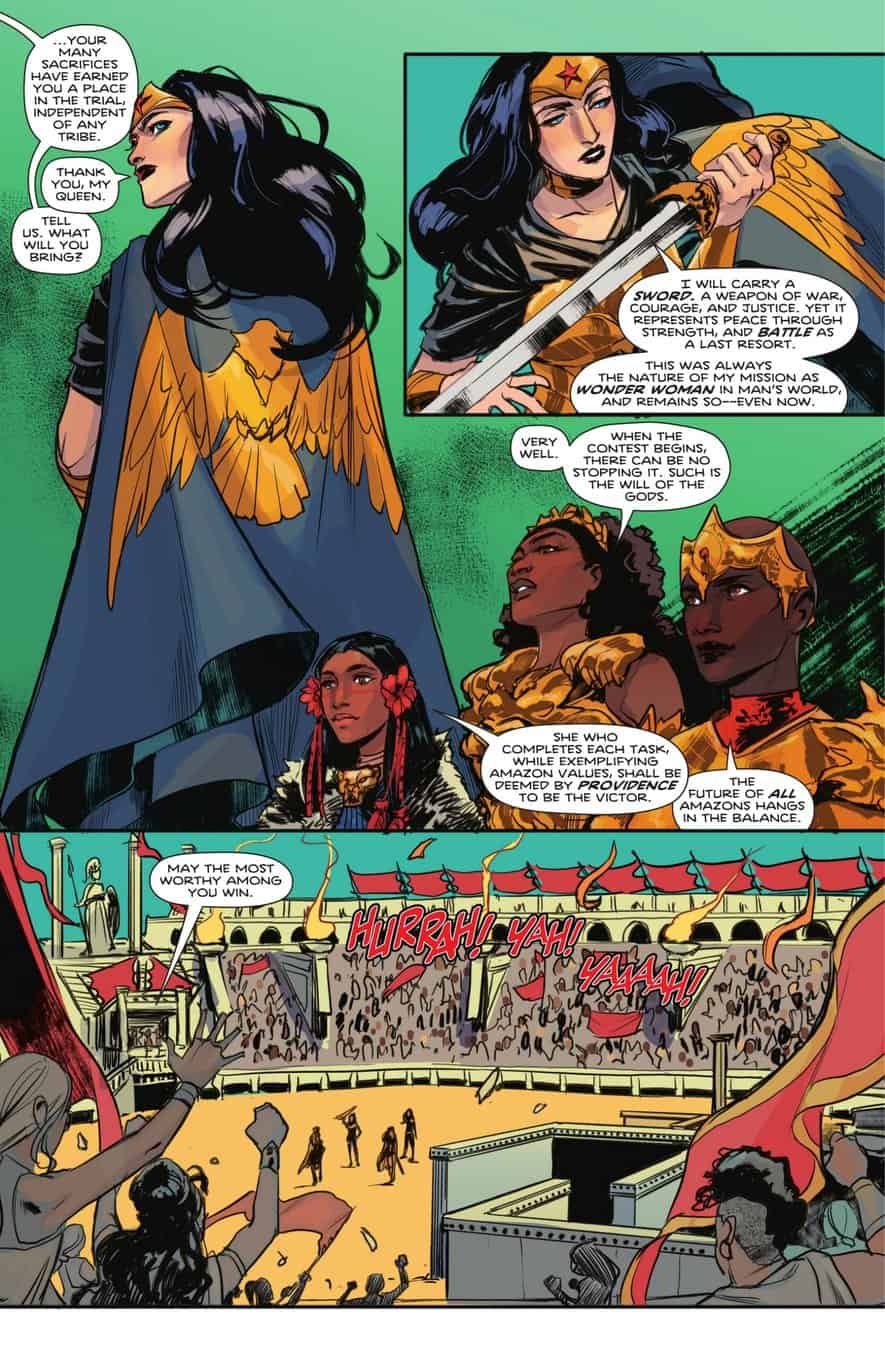 While the Amazonian champions Yara Flor, Donna Troy, Philippus and Diana get unexpectedly swallowed up into a cavern, the tribes of the Amazons are incensed that the trial has been hijacked with Cassie Sandsmark and Artemis stuck in the middle of the madness. 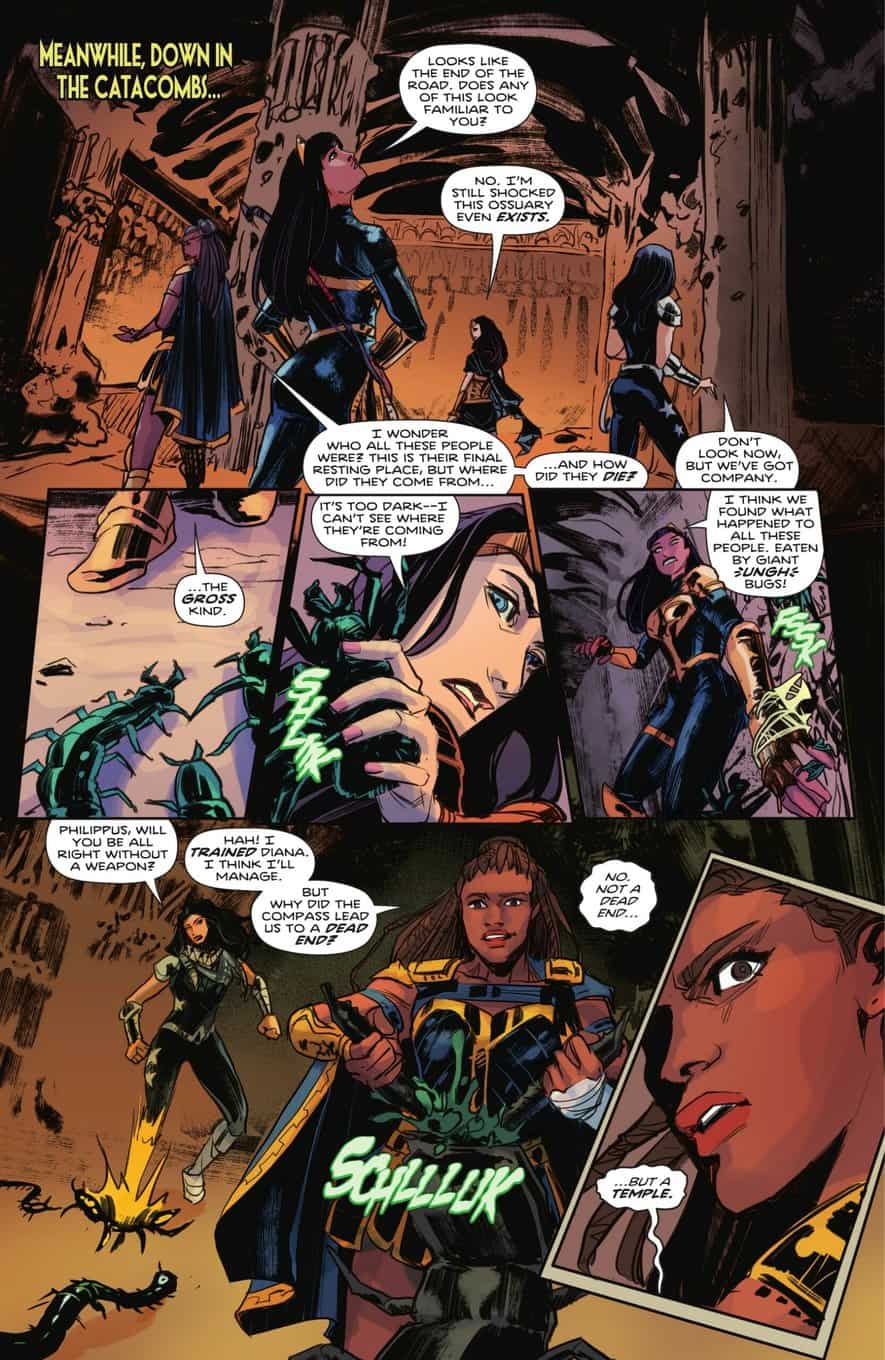 The champions are confronted by Echidna a creature of Greek Mythology; half woman and half snake who lived alone in a cave. 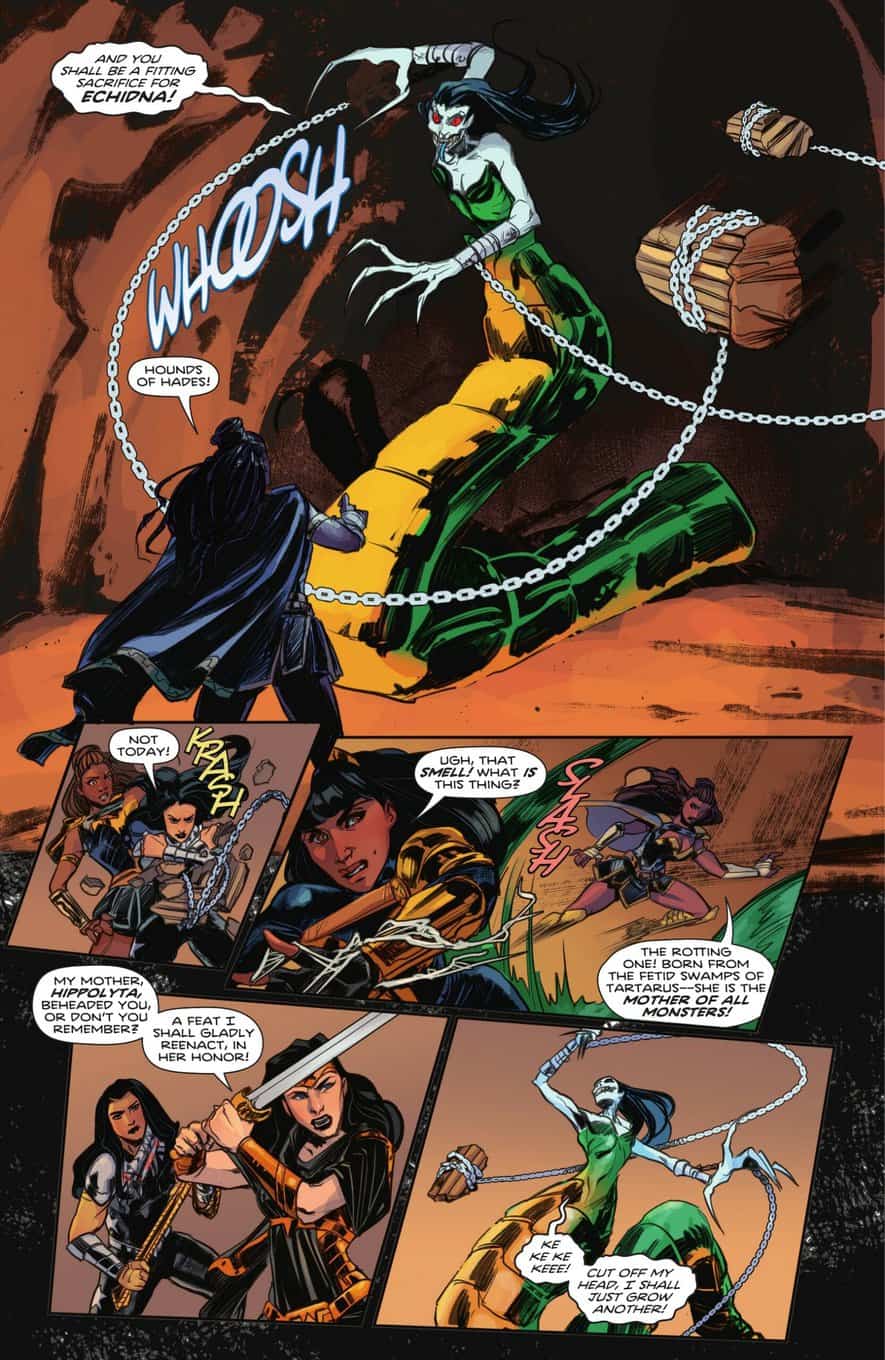 She alleges she can’t be killed. 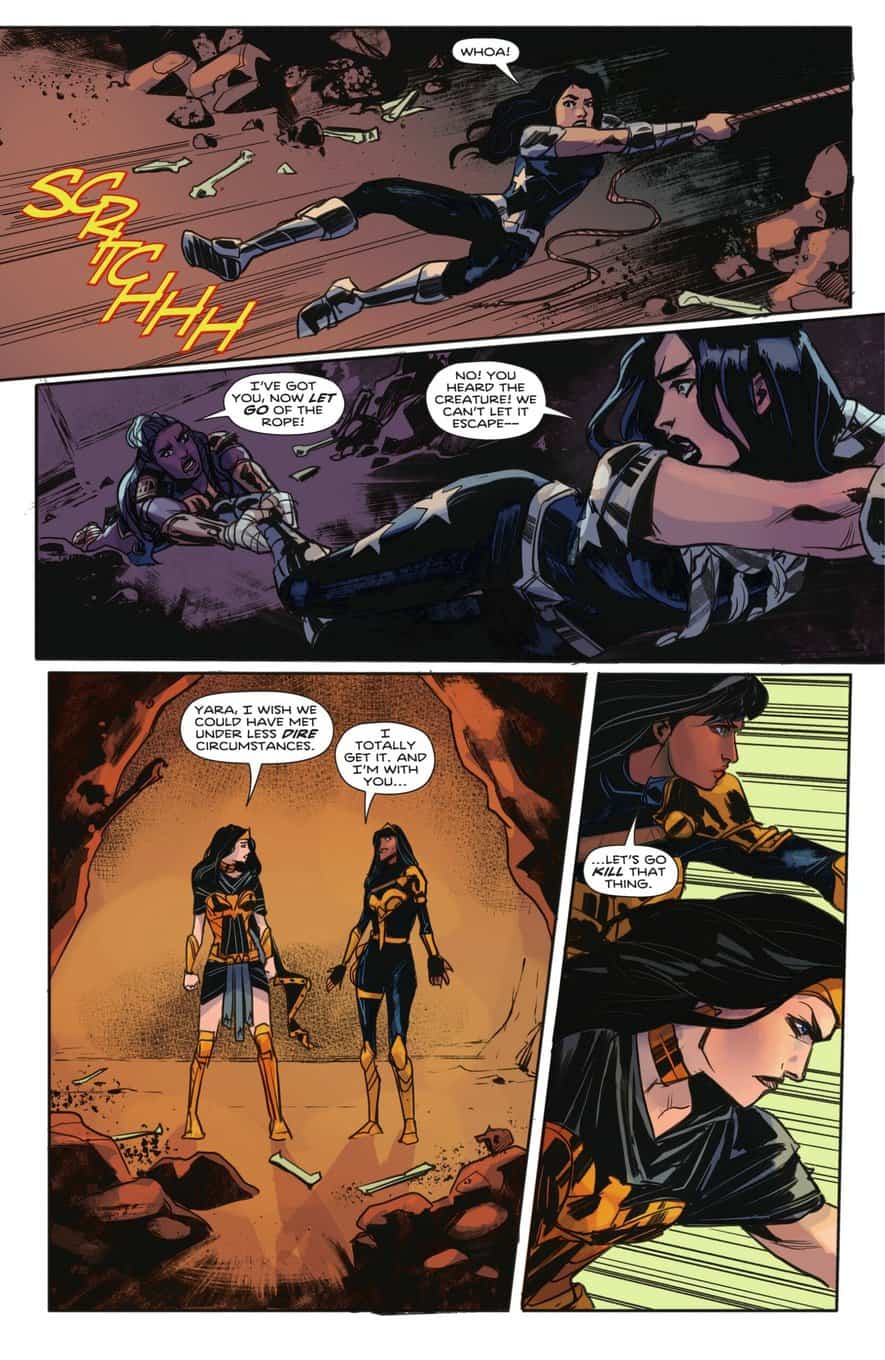 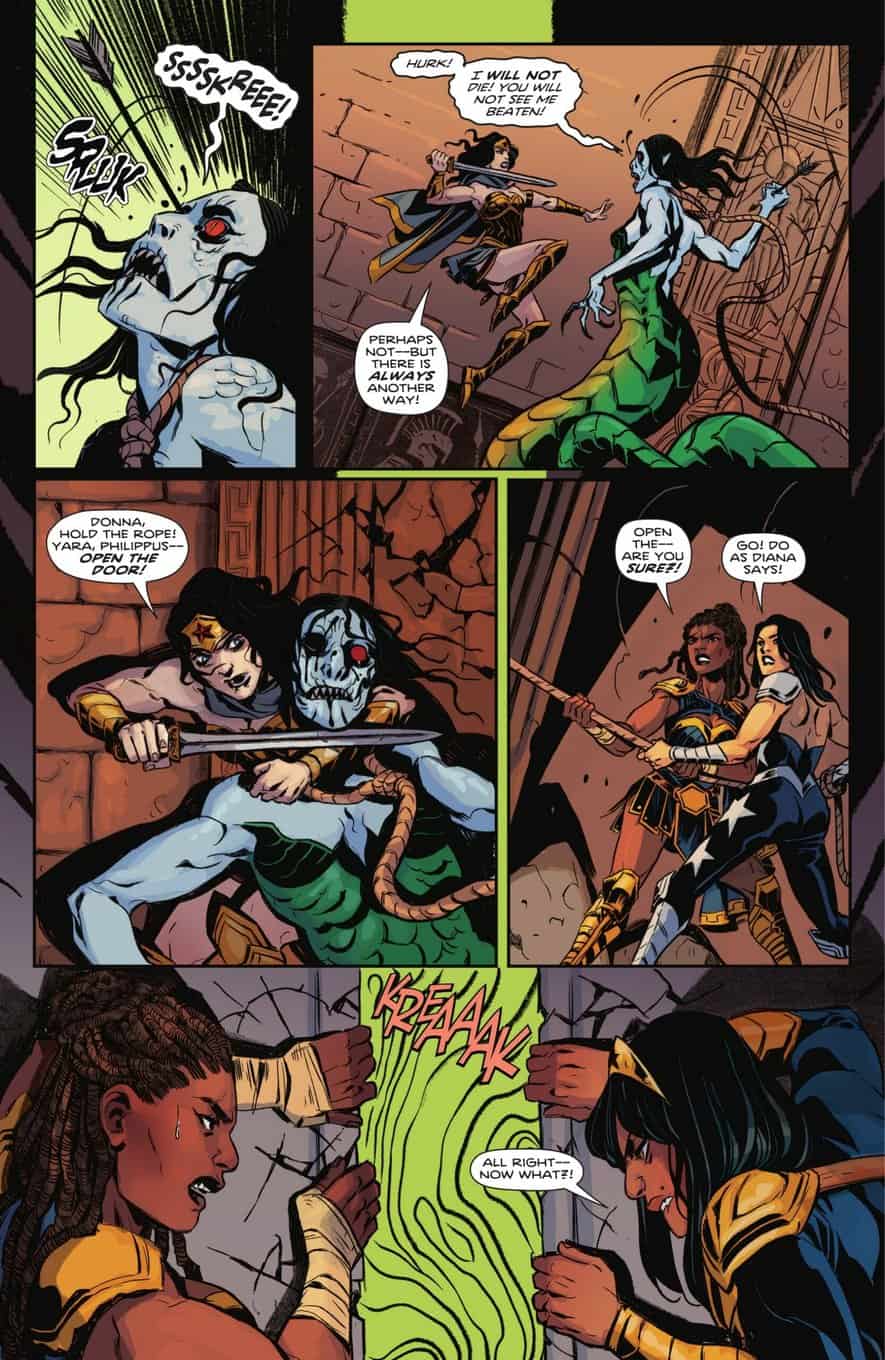 …Wonder Woman and Wonder Girl team up with the other champions… 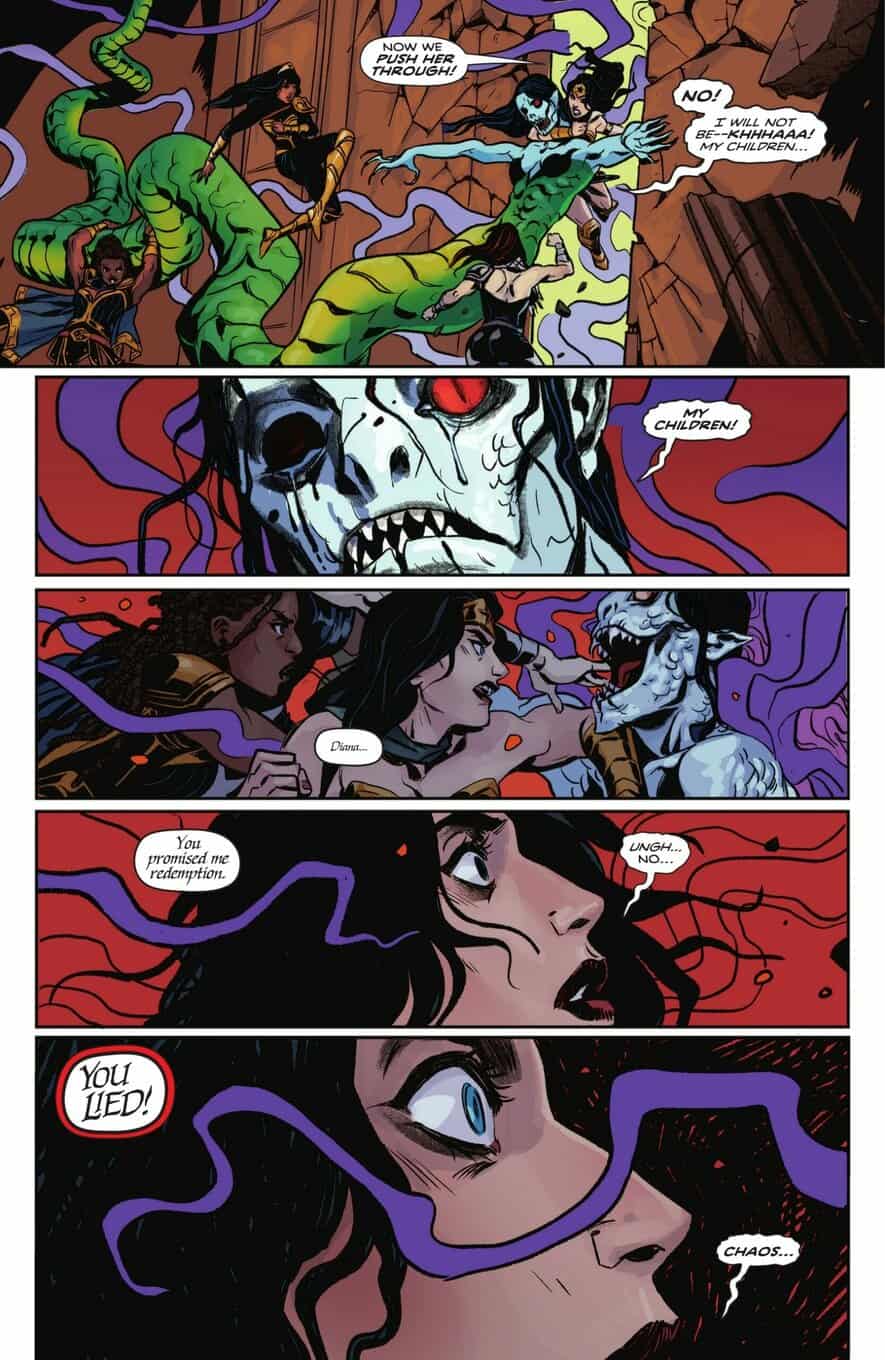 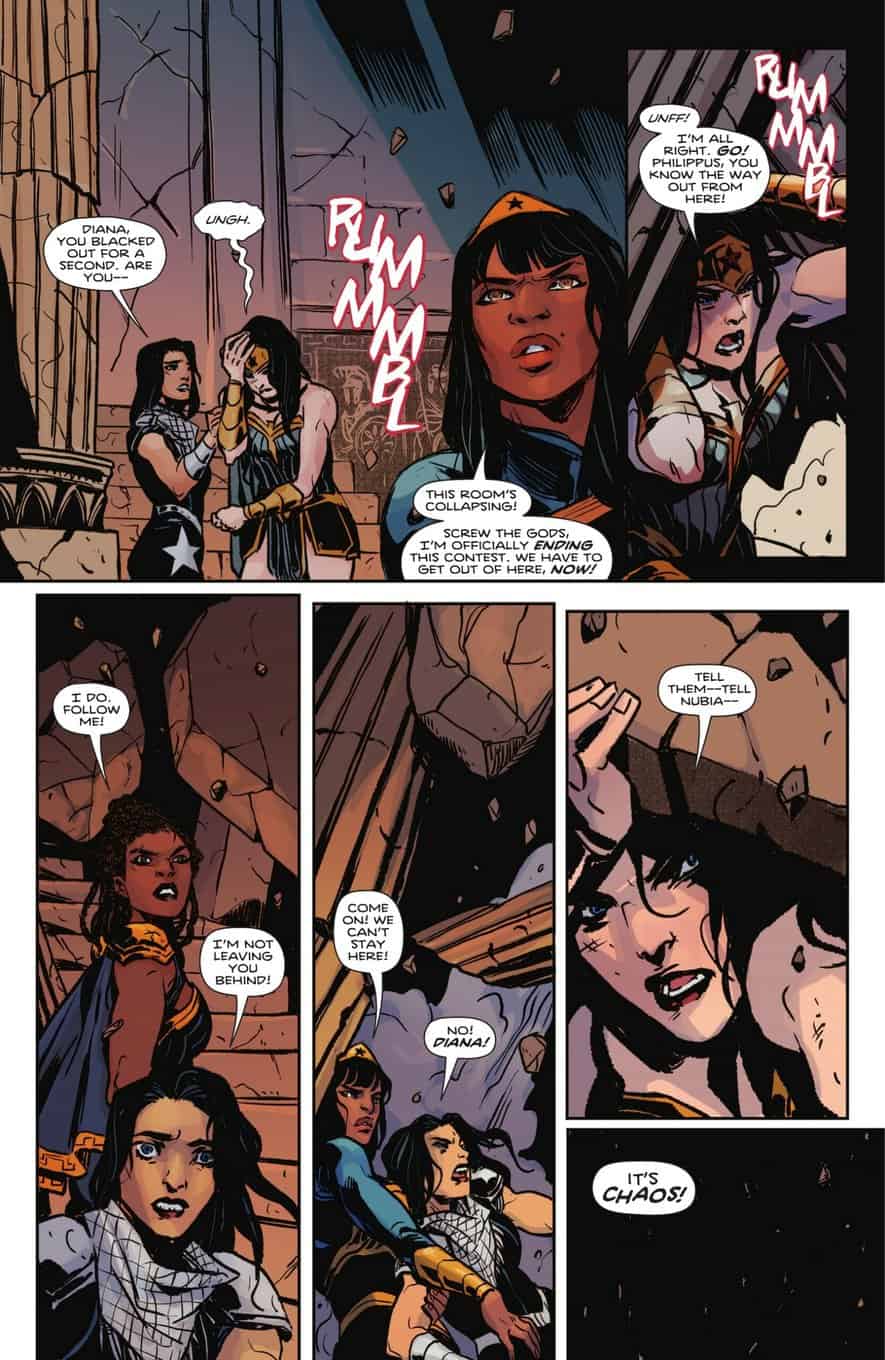 However, chaos has come… 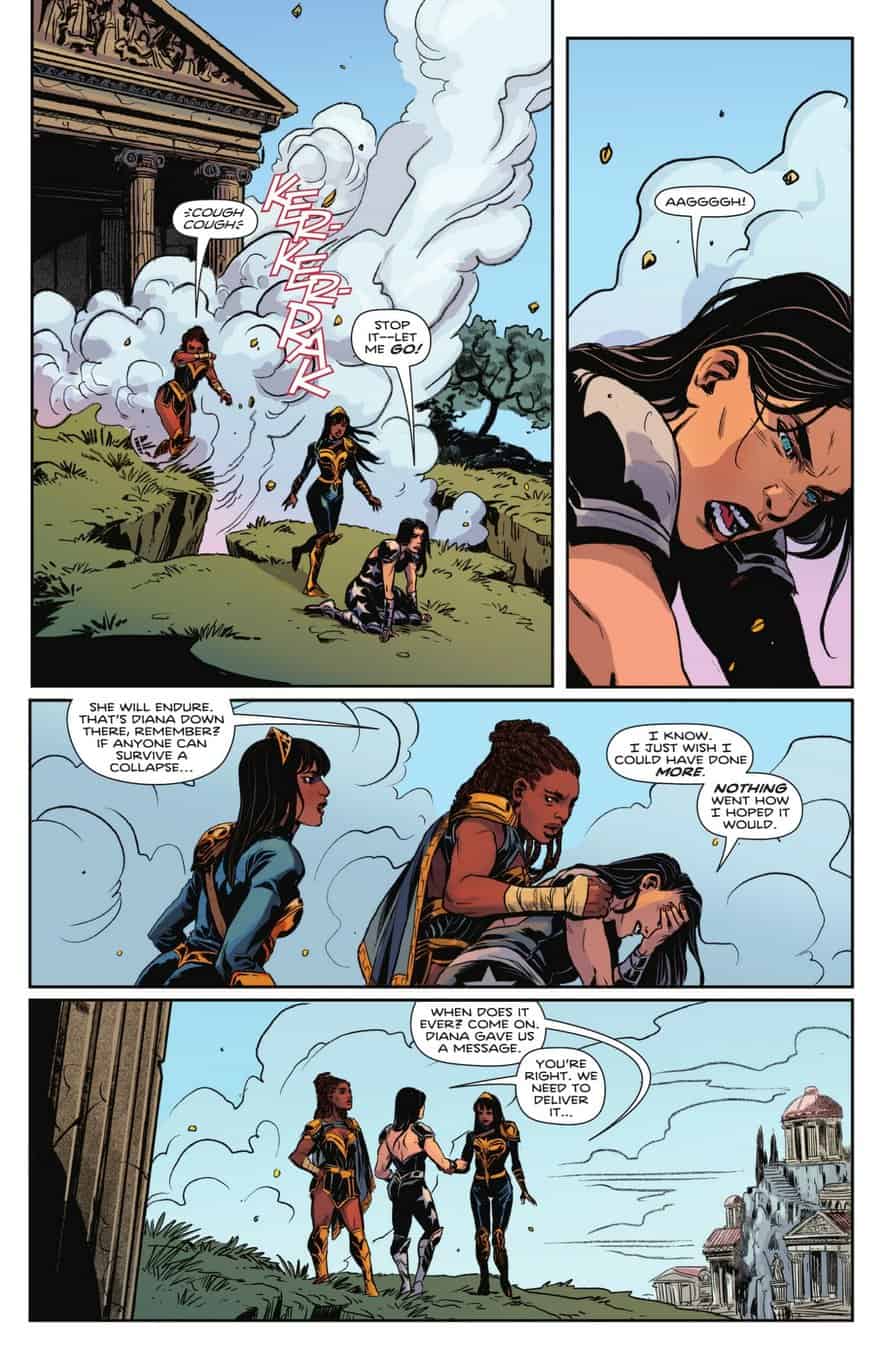 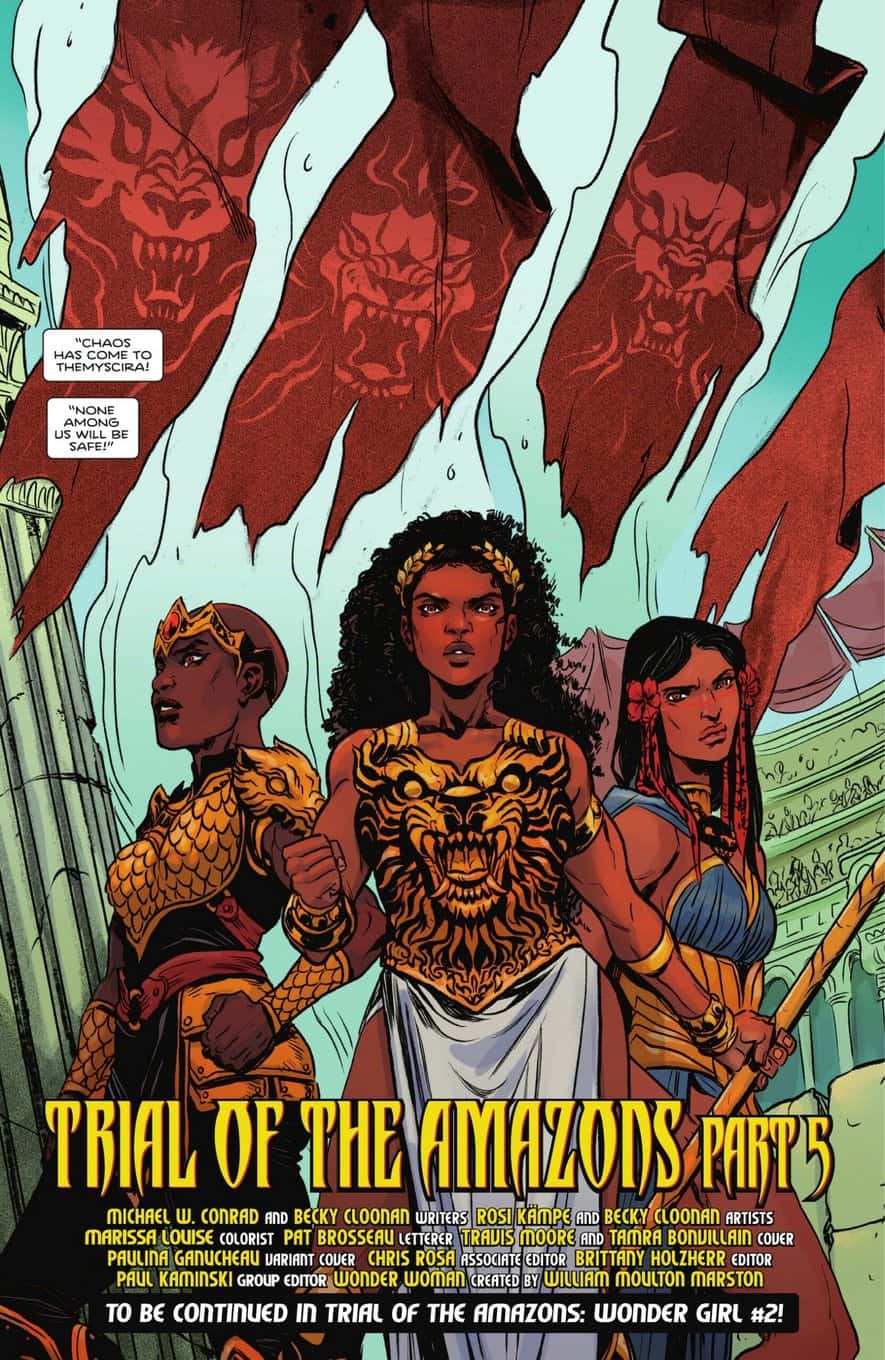 The book also includes another Young Diana back-up tale, that appears geared to much younger readers, as I leave you with the Trial of the Amazons checklist. 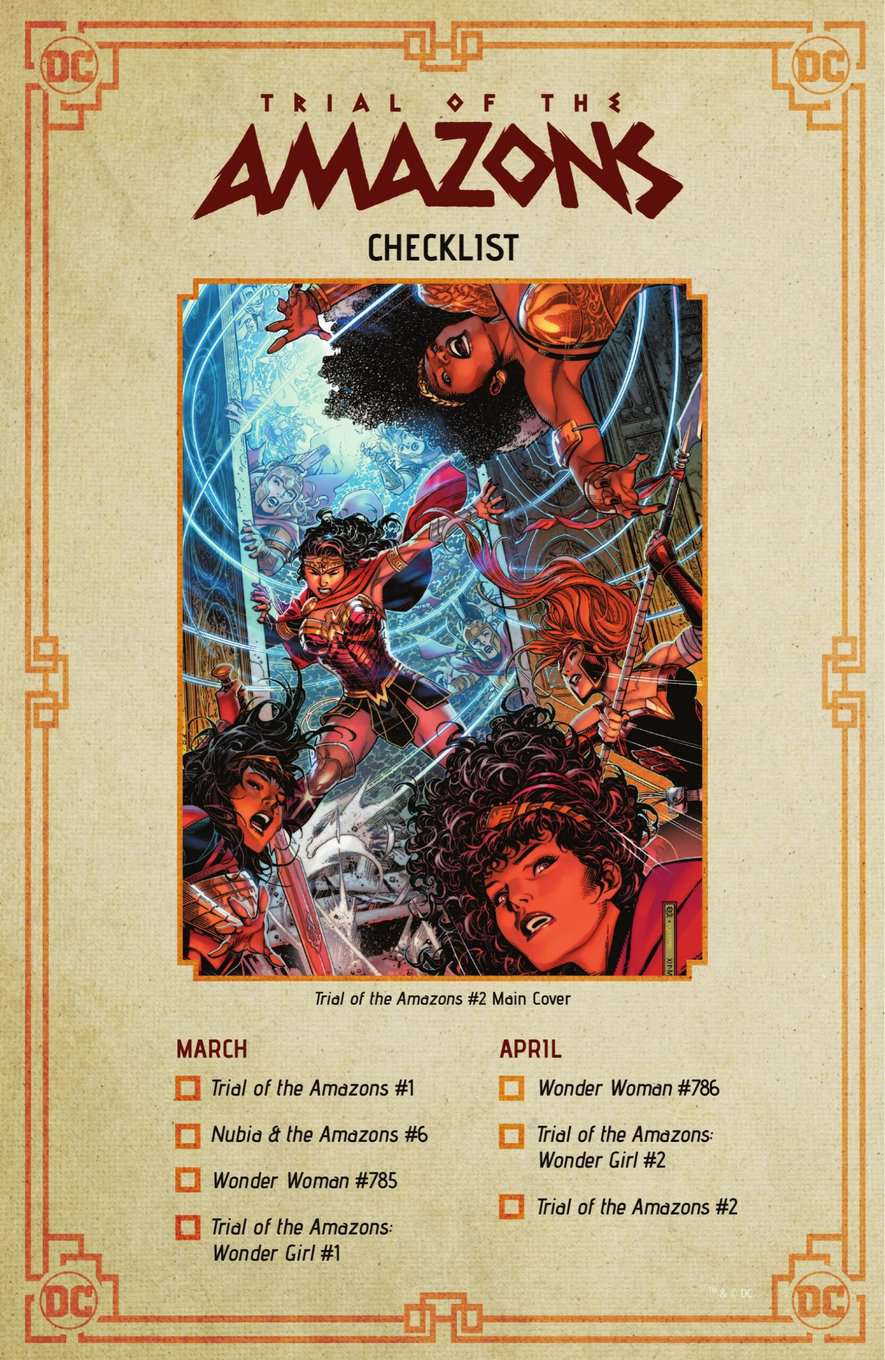 Very cool seeing all the old and current Wonder Women and Wonder Girls interacting. While I found the story intriguing, I didn’t find the art to to be visually pleasing. I hope we actually get the “trial” that is promised in this events title. 4.5 out of 10.