Why Is Typhoid Mary Married To The Kingpin? A New Super Team Emerges! How Did We Even Get Here?! 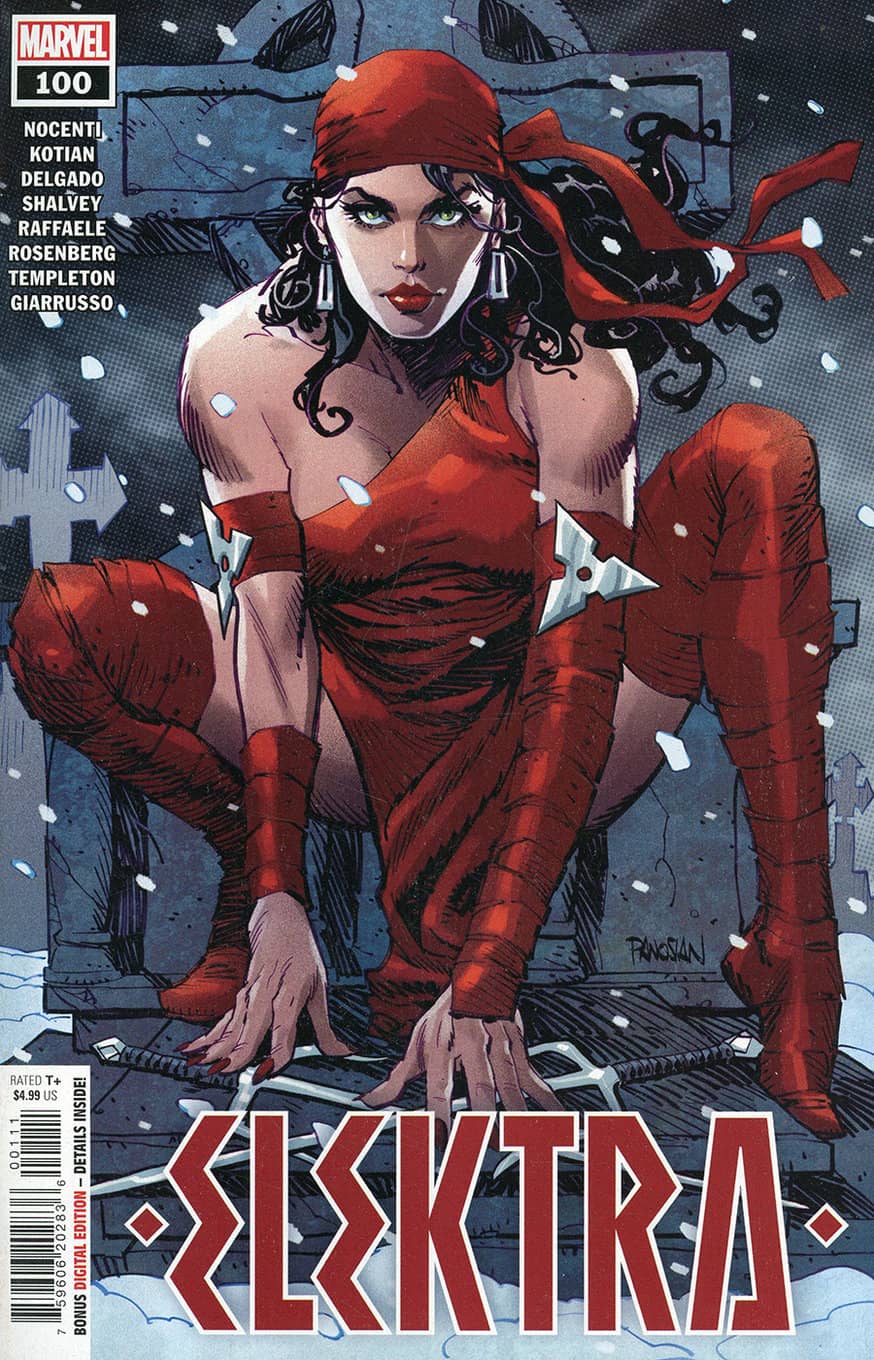 The milestone issue has a few variant covers below to complement its main cover above. 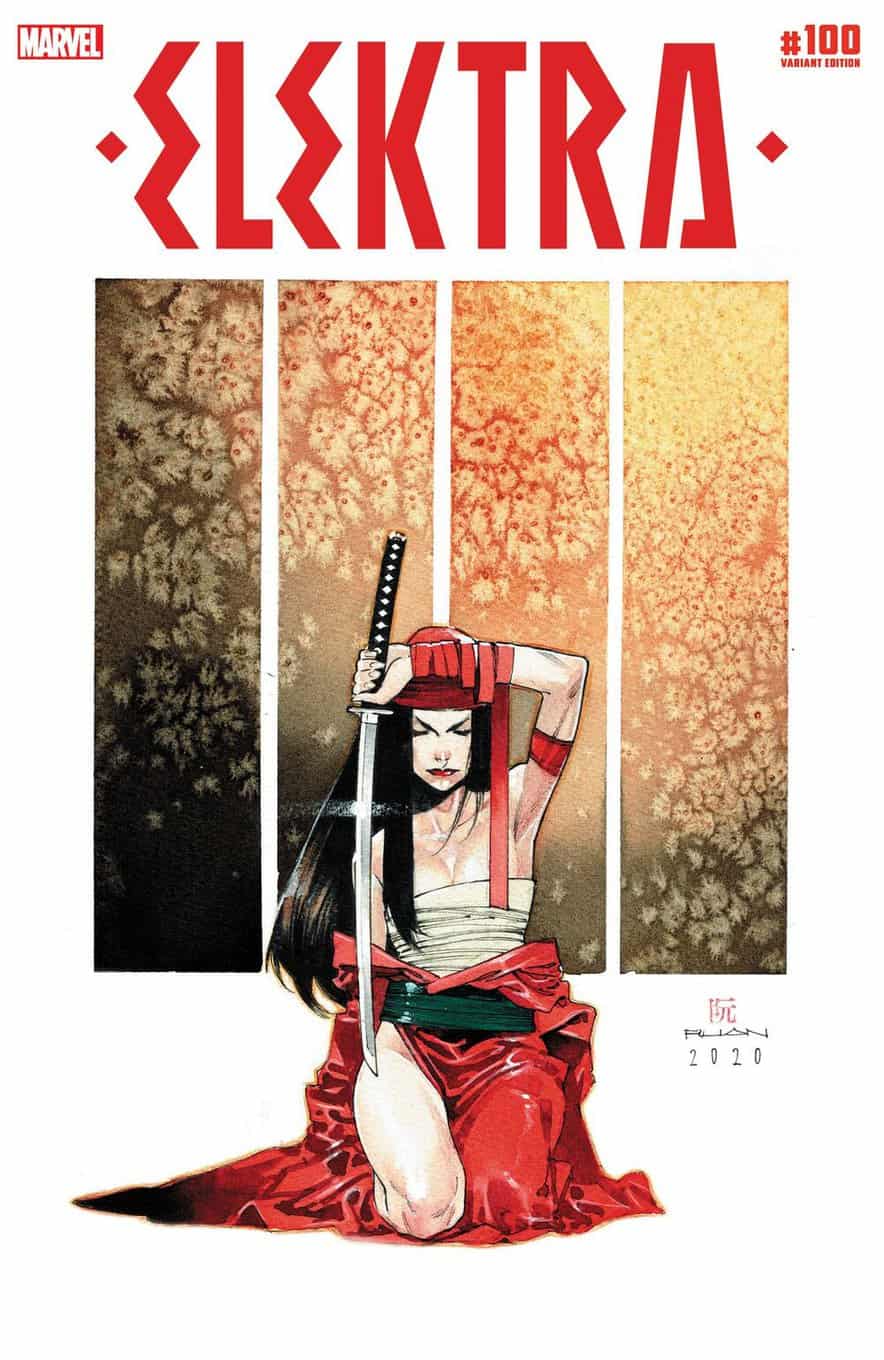 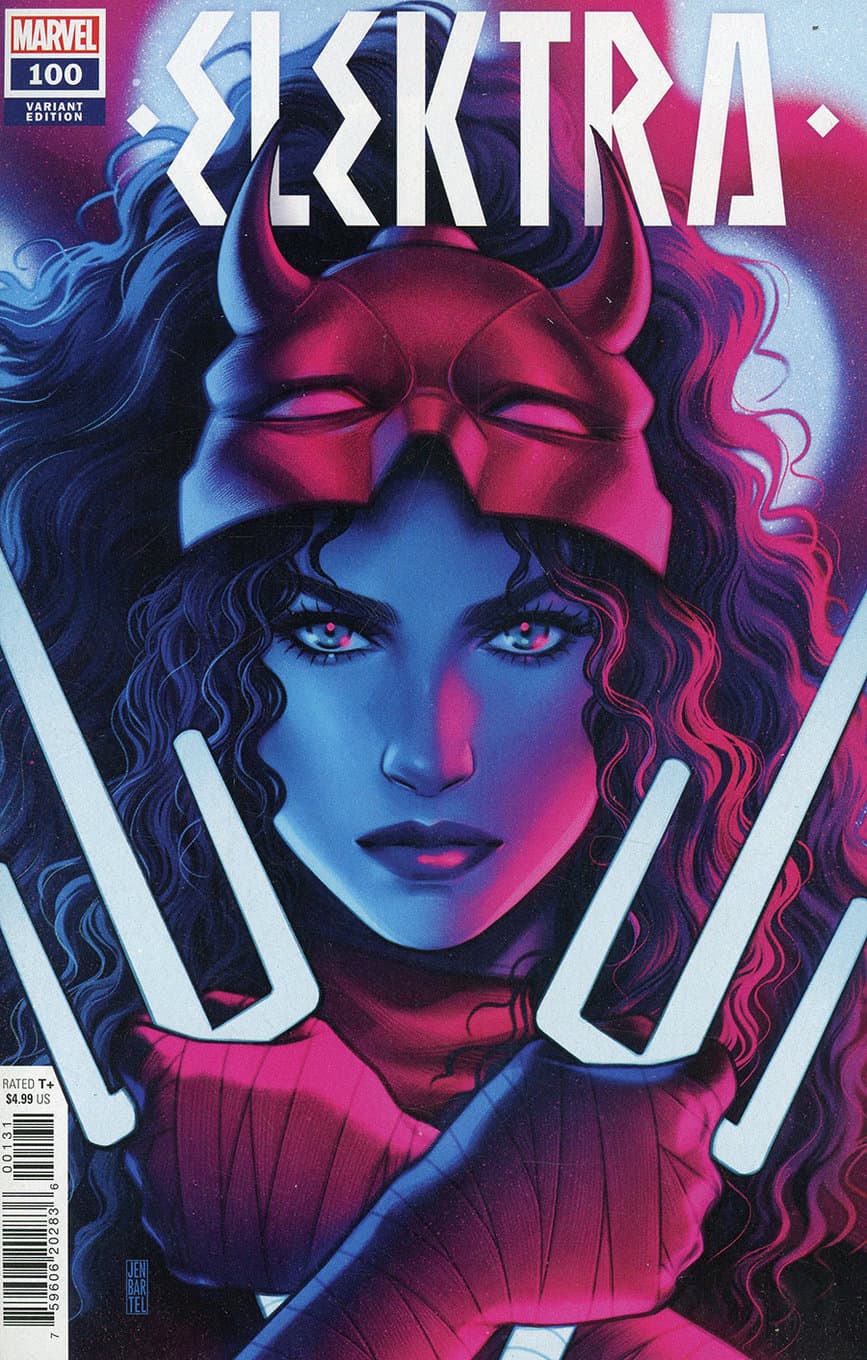 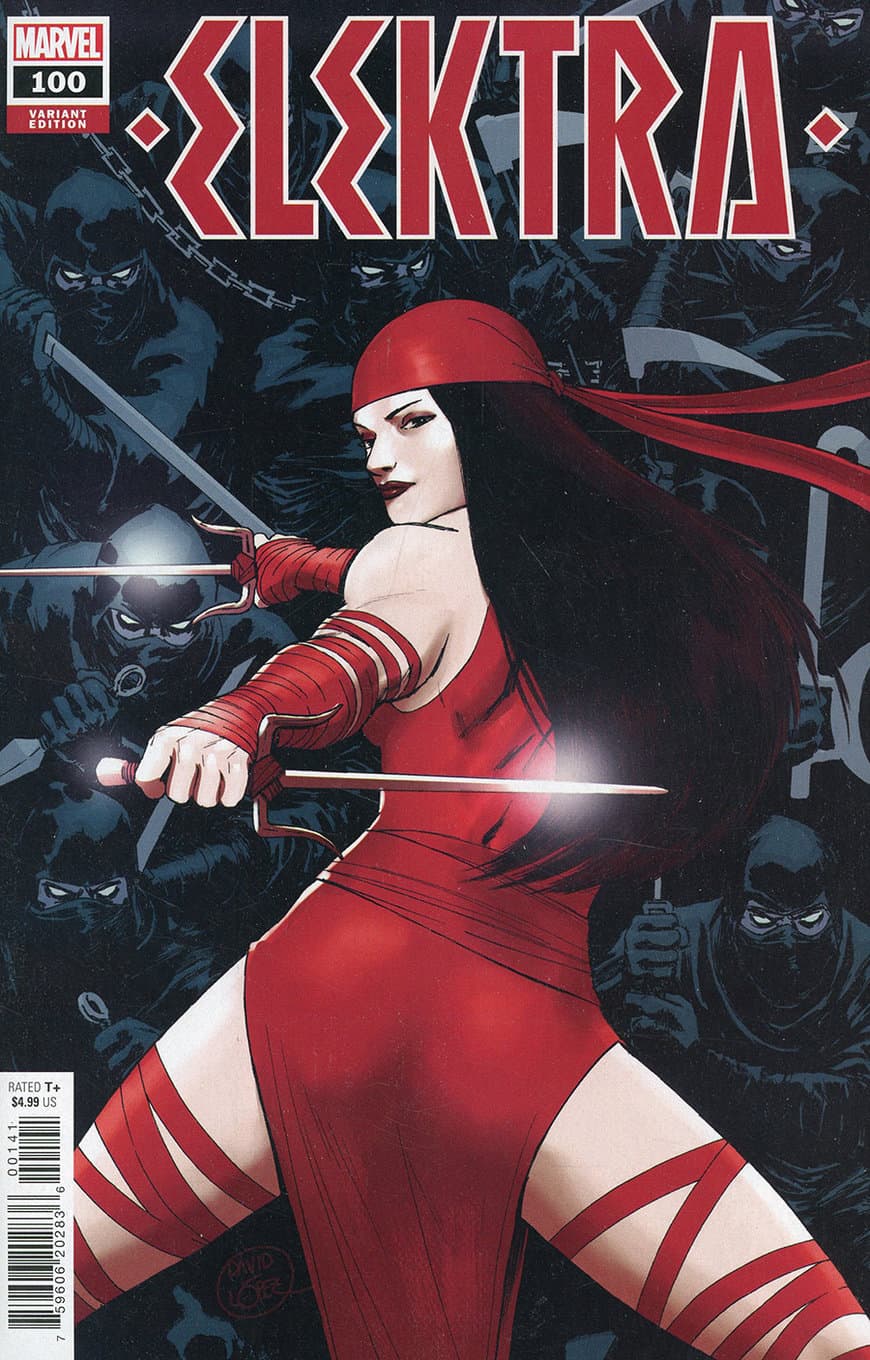 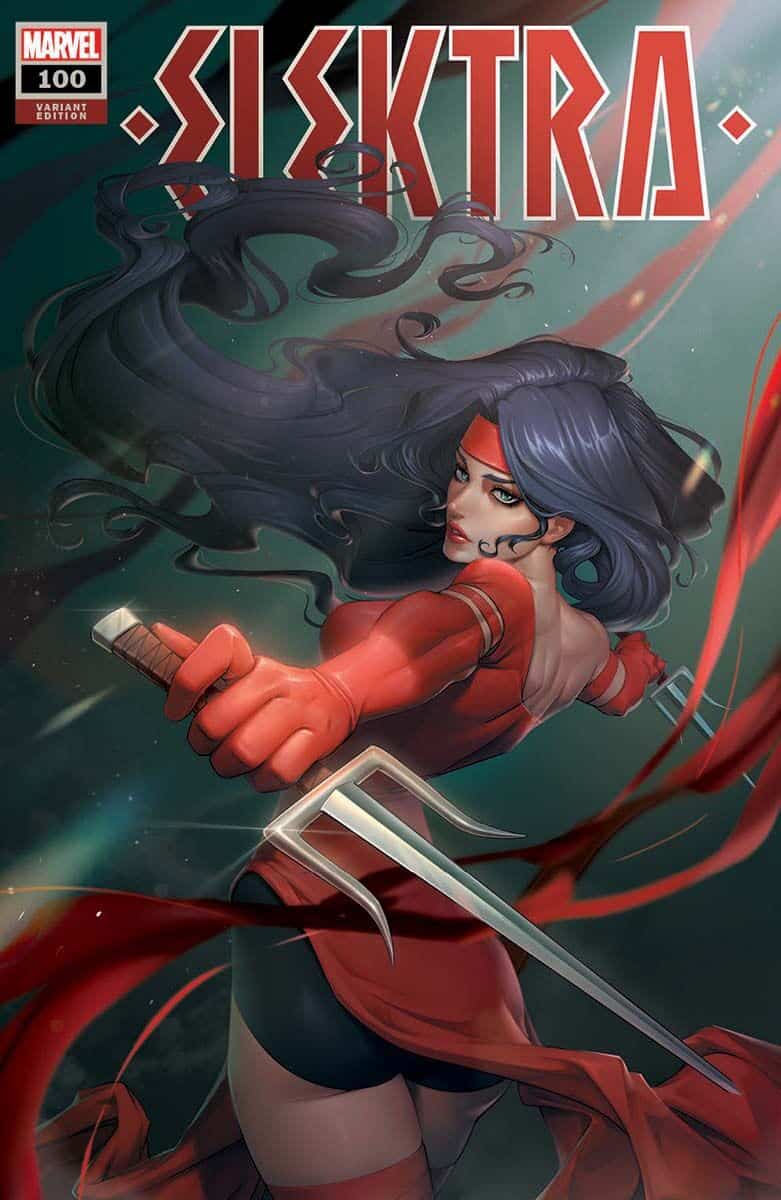 The promise of the book can be inferred from its solicitation.

Elektra has been many things – a pawn, a pariah, and even a provocateur. But through it all, she has been one thing above all others: the most dangerous human being in the Marvel Universe! Everything that has happened in her long and storied life has been leading to this: the 100th issue bearing her name, and the starting point of what is to come!

The first story in the issue answers the first question: Why Is Typhoid Mary Married To The Kingpin? 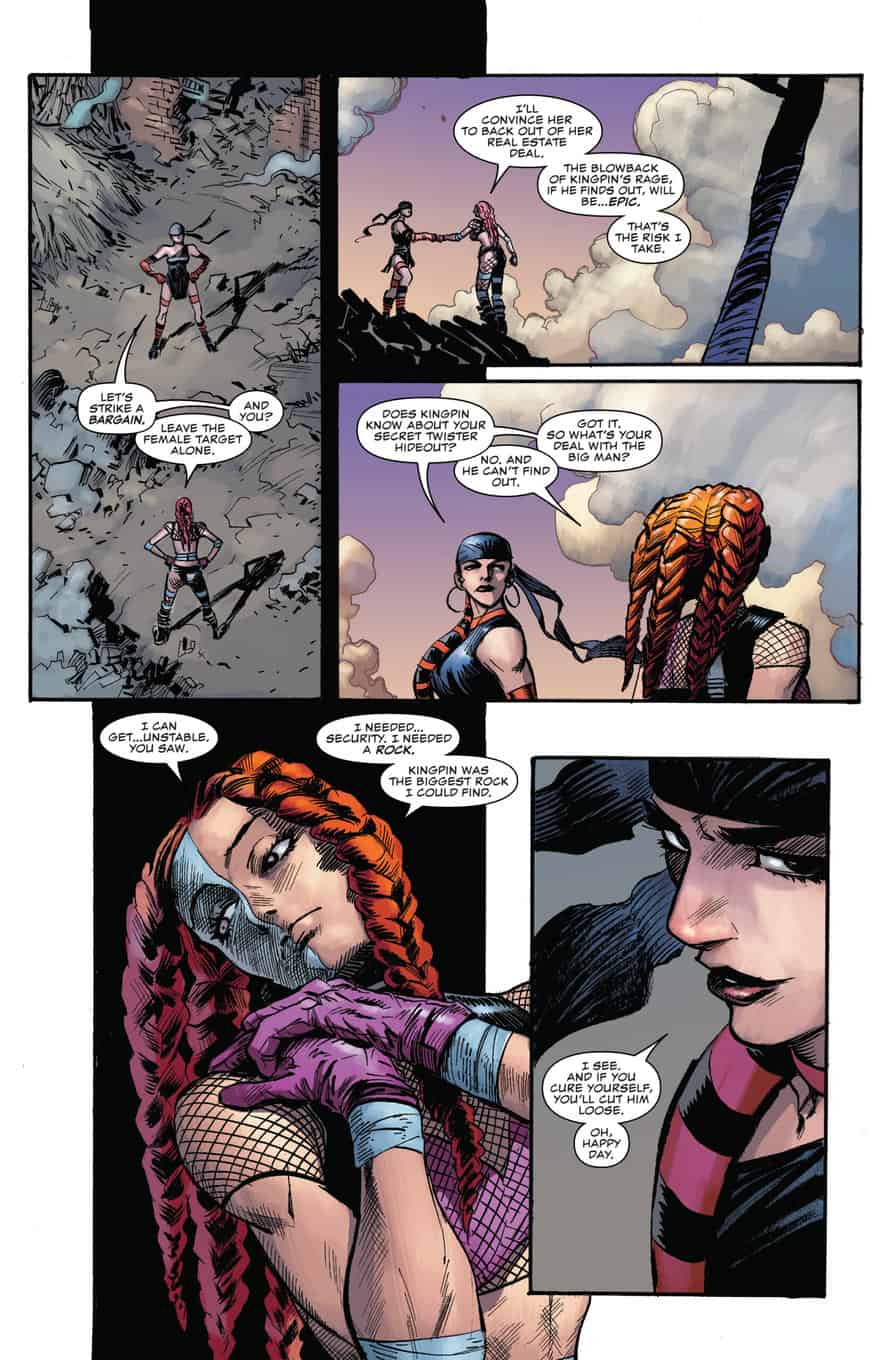 Looks like Mary needs Wilson Fisk to keep her mental stable, keep her others personalities in check, perhaps there’s a little love their too as they quite literally sail into the sunset. 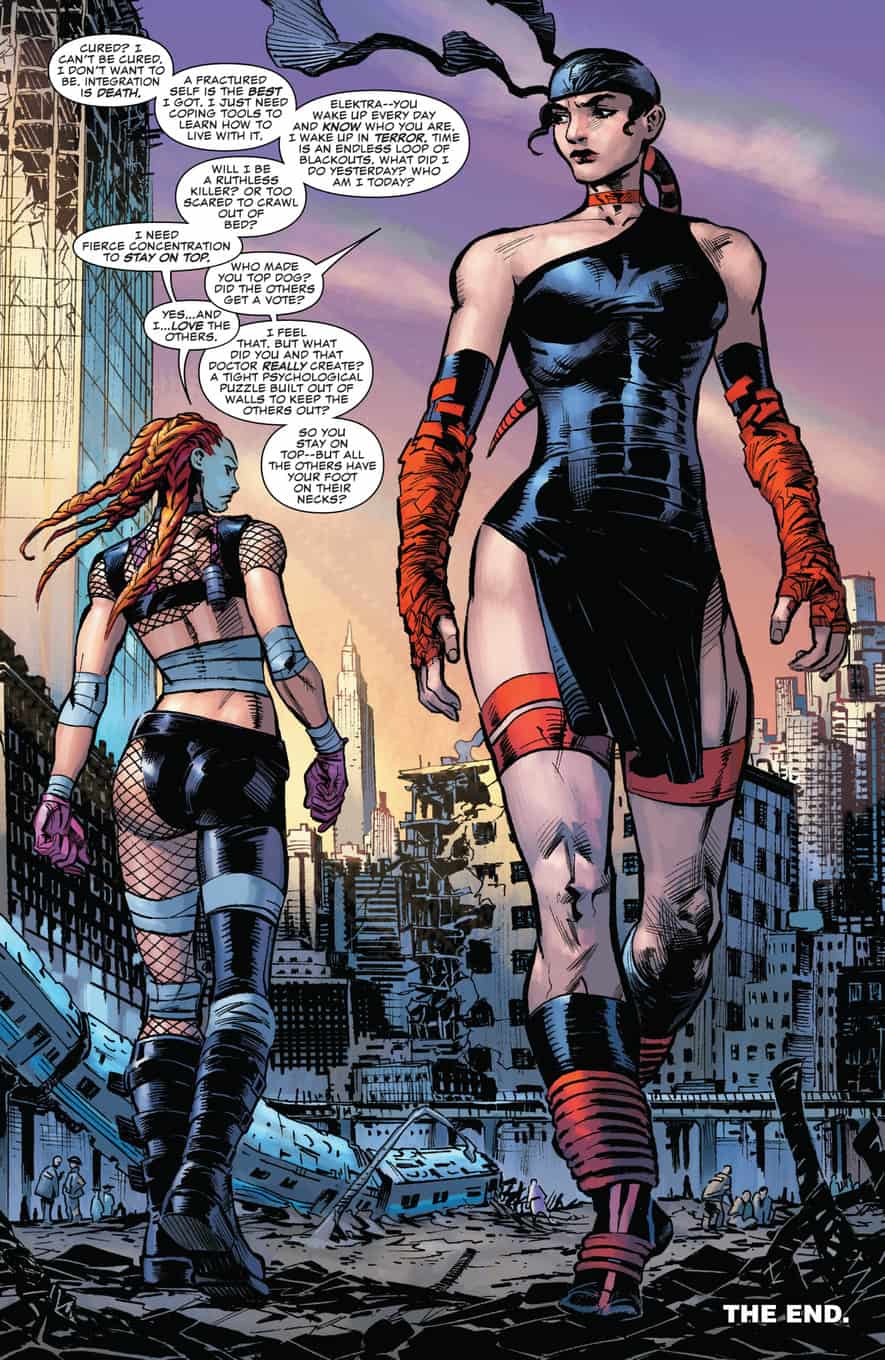 The second story focuses on the relationship dance of Elektra and Daredevil. 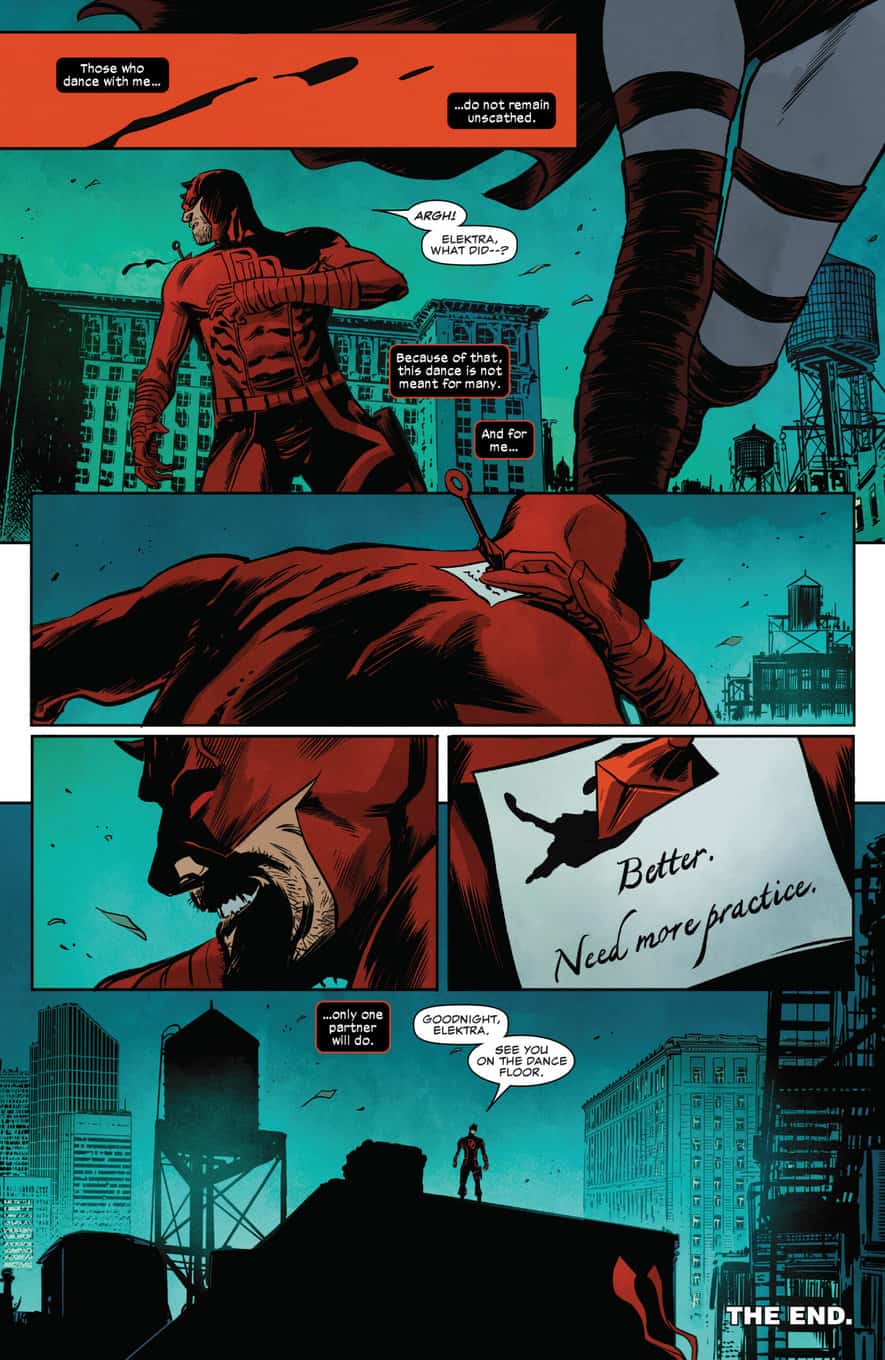 An “extra” in the book tackles the next reveal: A New Super Team Emerges! 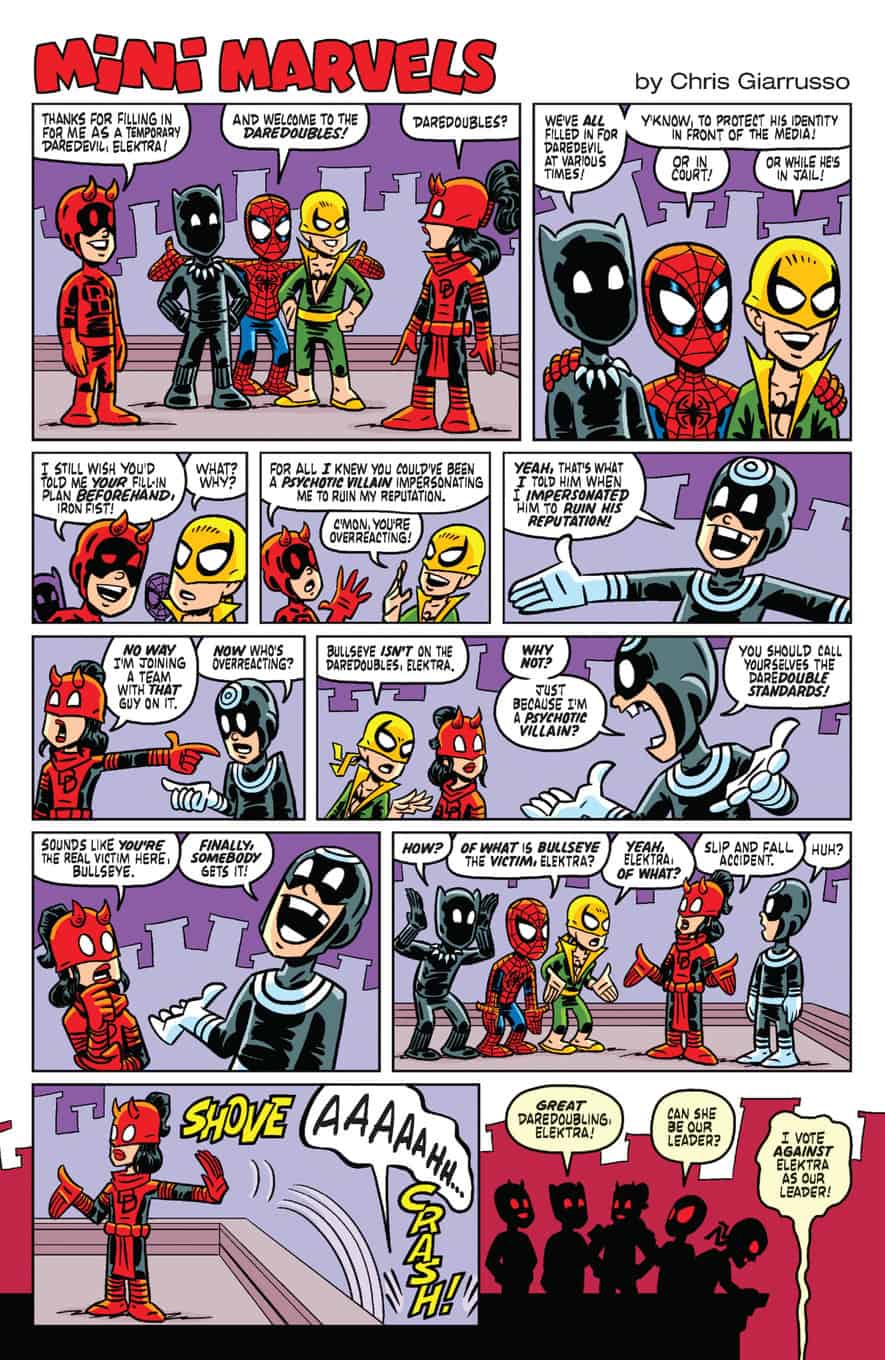 Enter the Daredoubles featuring the Black Panther, the Amazing Spider-Man, Iron Fist, Bullseye and now Elektra; all characters that have doubled for Daredevil over the years for various reasons.

Finally, the book also answers the last question: How Did We Even Get Here?! 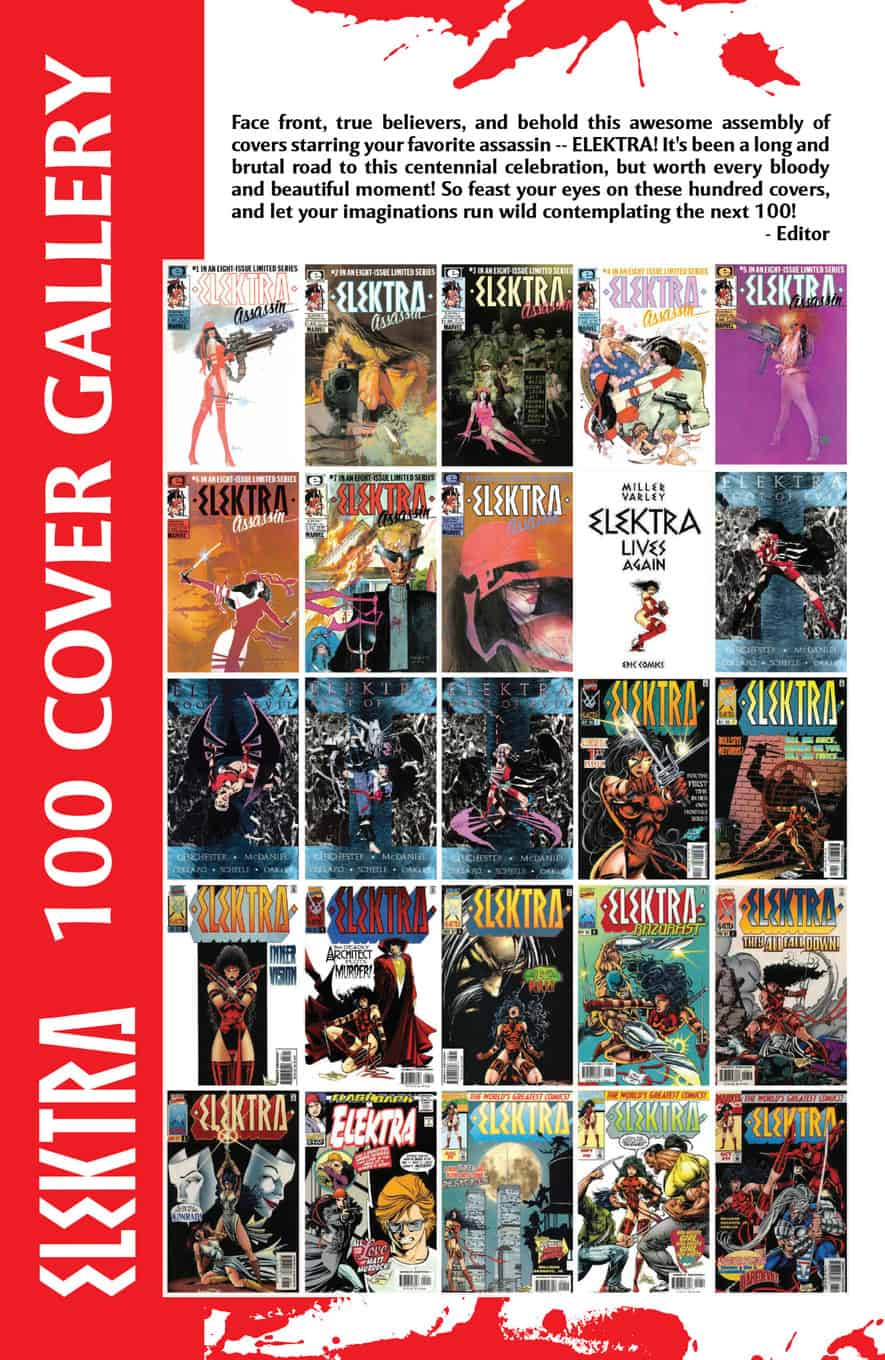 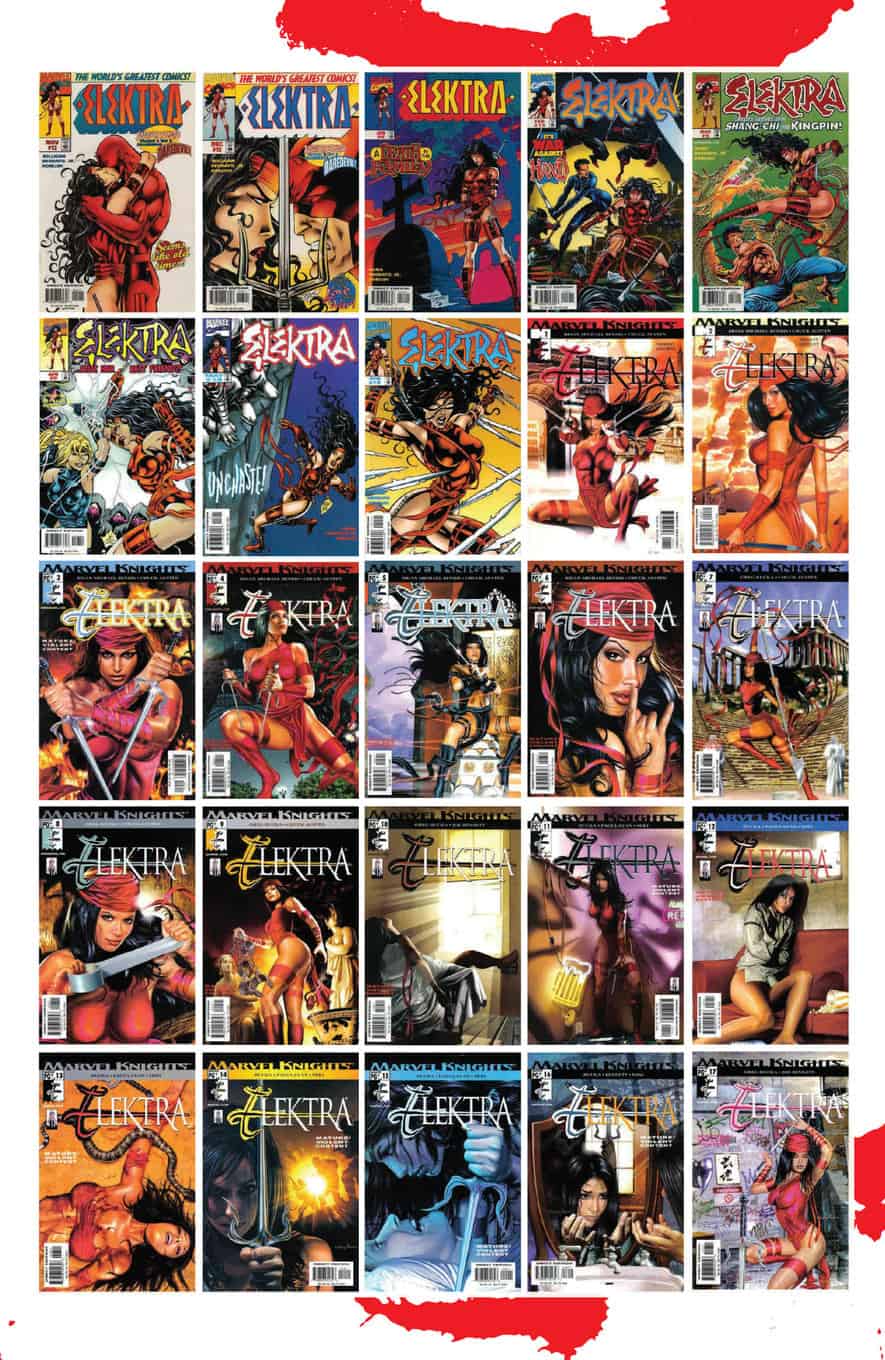 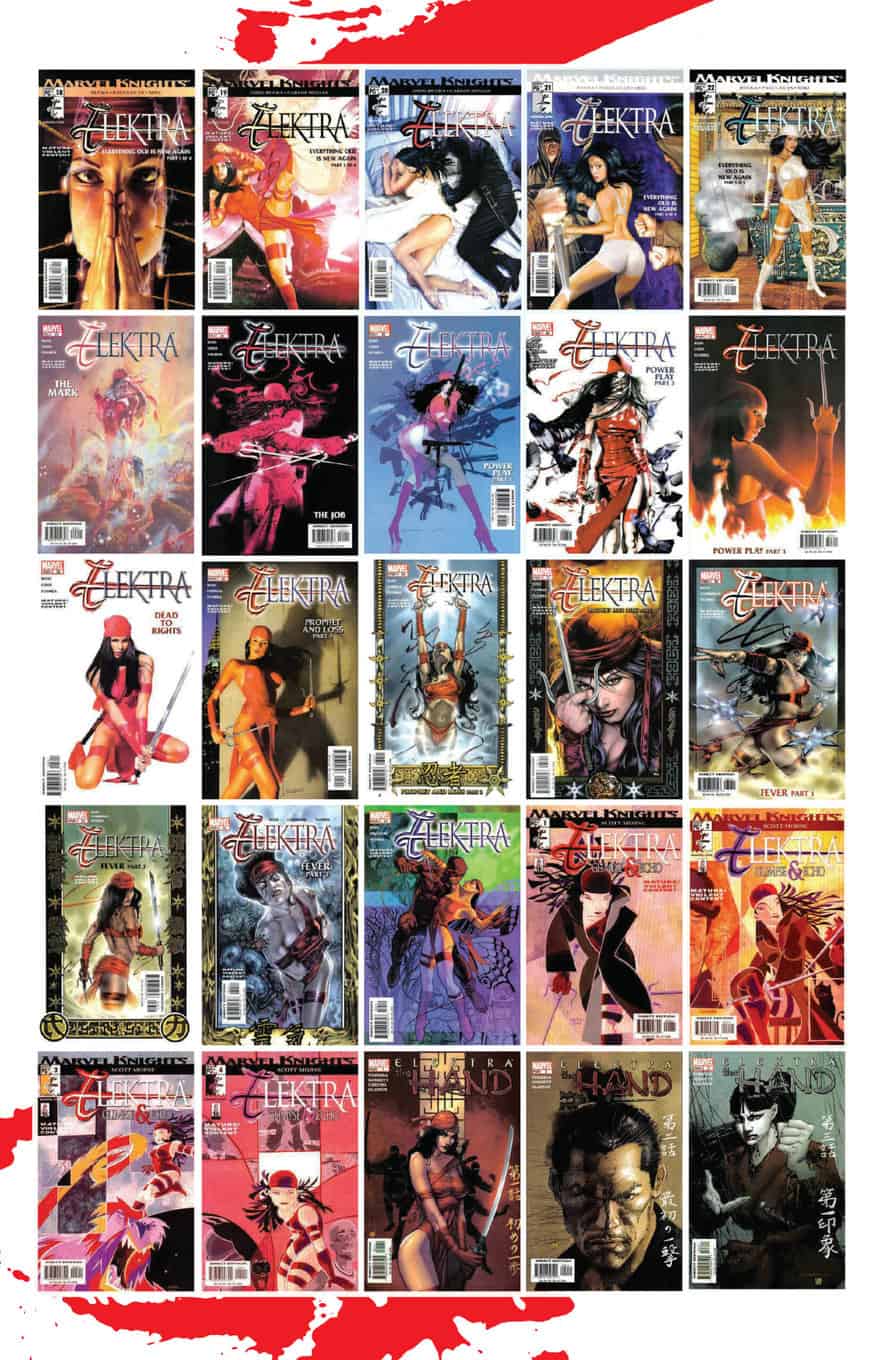 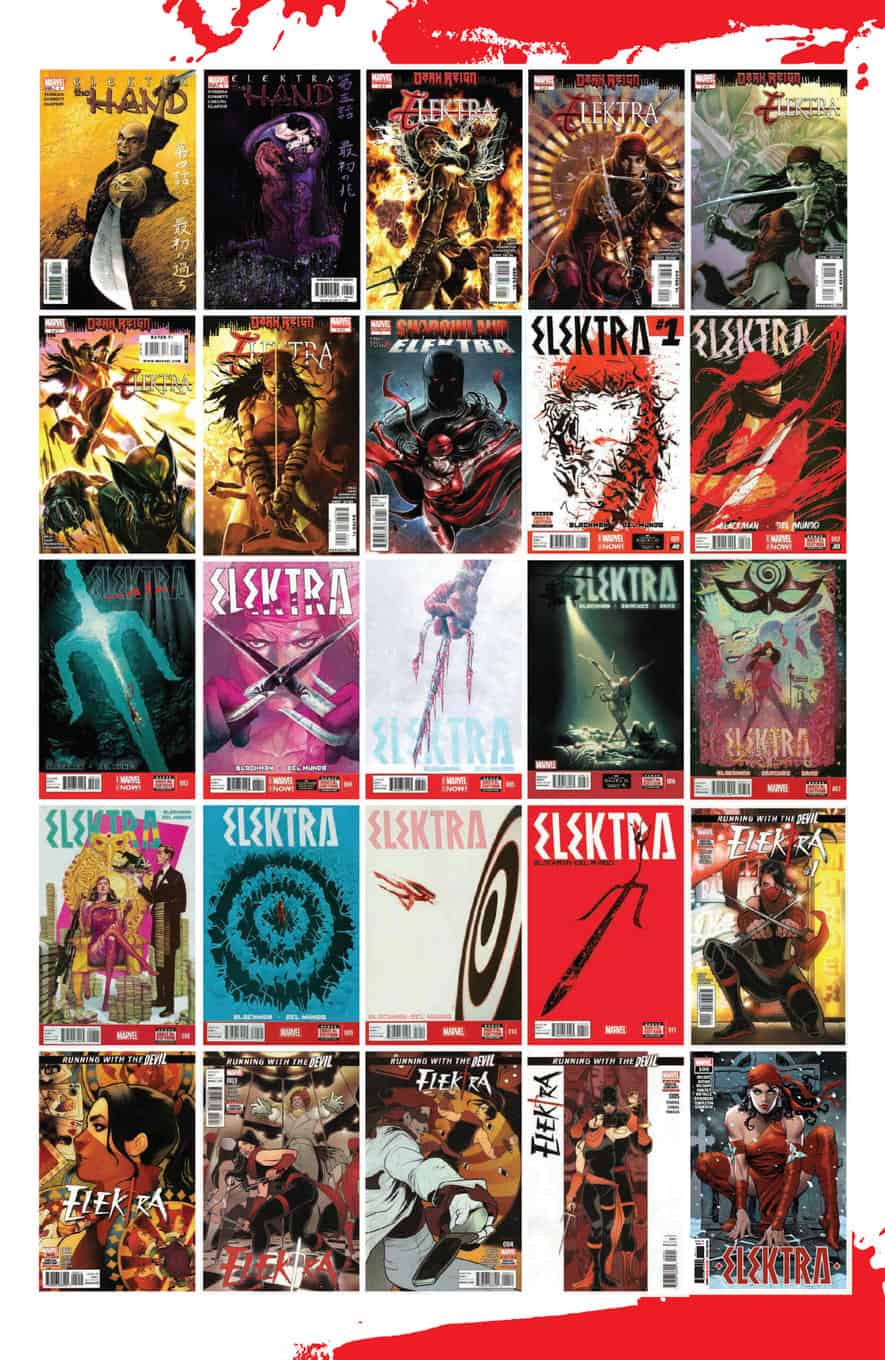 From the Elektra 100 checklist to ending the issue on a tease of what’s next in Devil’s Reign Omega #1. 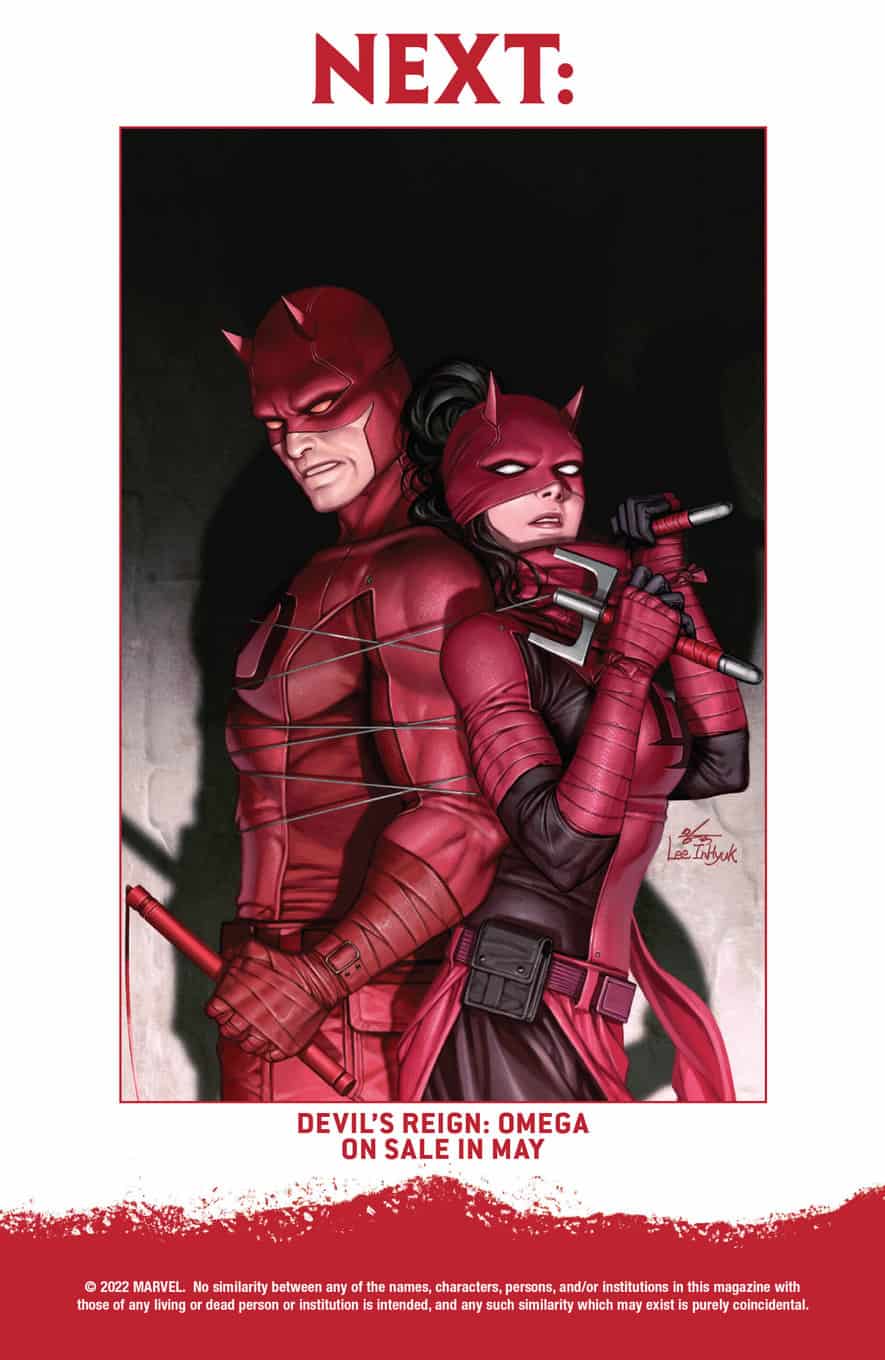 In the wake of one of the most visceral DAREDEVIL, nay, MARVEL stories EVER, the Marvel Universe’s New York City stands remade and reforged — if not in Wilson Fisk’s image, then at the very least in his spirit!

After a battle that nearly tore the city and its citizens apart, New York’s super heroes have no choice but to try to adapt to the new and dangerous paradigm they find themselves operating under — with eight million people turned against them!

That book is expected on stands on May 25, 2022 ahead of the launch of the new ongoing Daredevil series in June 2022. 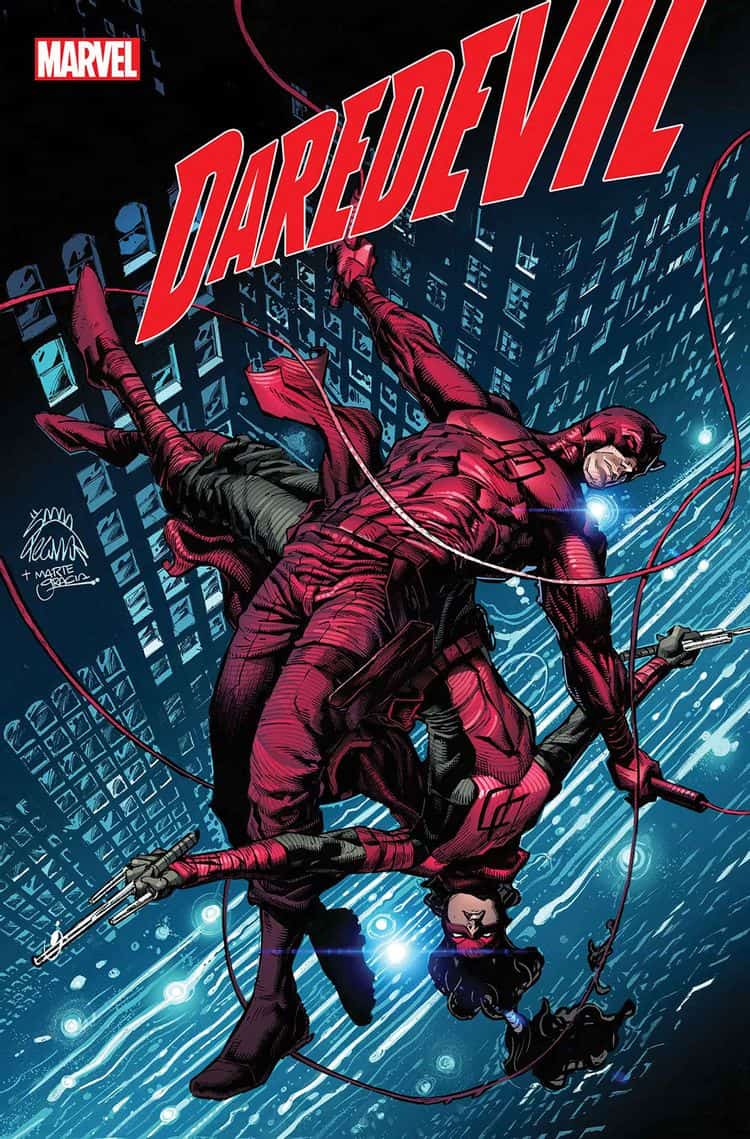 Its solicitation is below.

AFTER THE REIGN COMES THE DAWN!

In the wake of Wilson Fisk’s violent and visceral last act, it’s a new era for New York and the Man Without Fear! With a groundbreaking creative team returning to usher in an all-new chapter, Matt Murdock has no choice but to leave behind everything he’s ever known, and ELEKTRA is the last vestige of his former life. Everything Matt Murdock thought it meant to be DAREDEVIL is about to change, including the challenges he will have to face in the cowl!

That book is expected on stands on July 6 2022 and promises a Devil’s Dawn to follow the Devil’s Reign.

I’m Charlie Walker out in theaters and VOD today