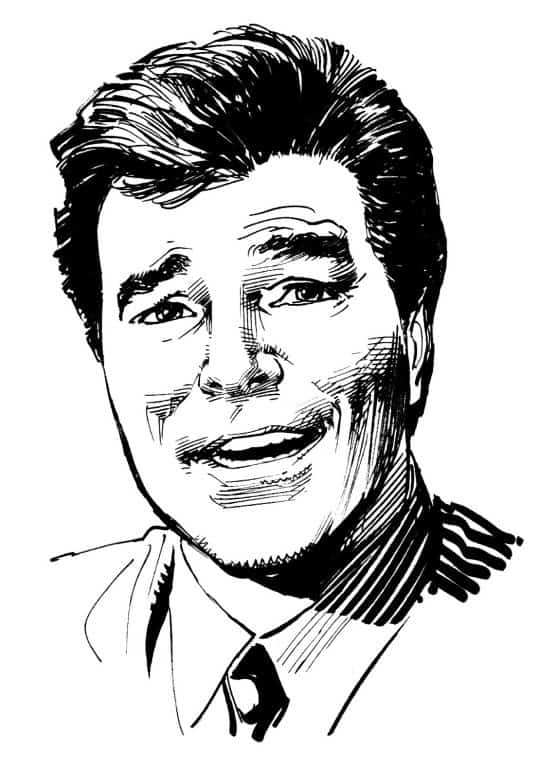 Neal Adams’ son Josh Adams broke the news over the weekend of his dad’s passing. 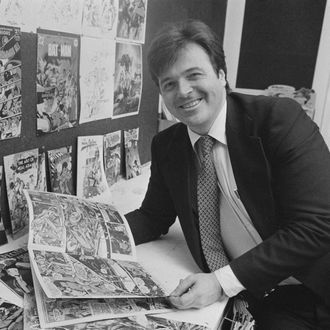 “What is it like having Neal Adams as your dad?”

I can’t tell you how many times that question has been posed to me since I was little. How the heck could I answer that question? At a certain point it actually made me frustrated. He was my only dad.

I didn’t have some sampling of fathers to compare him to. He wasn’t Neal Adams to me. He was dad. Was… 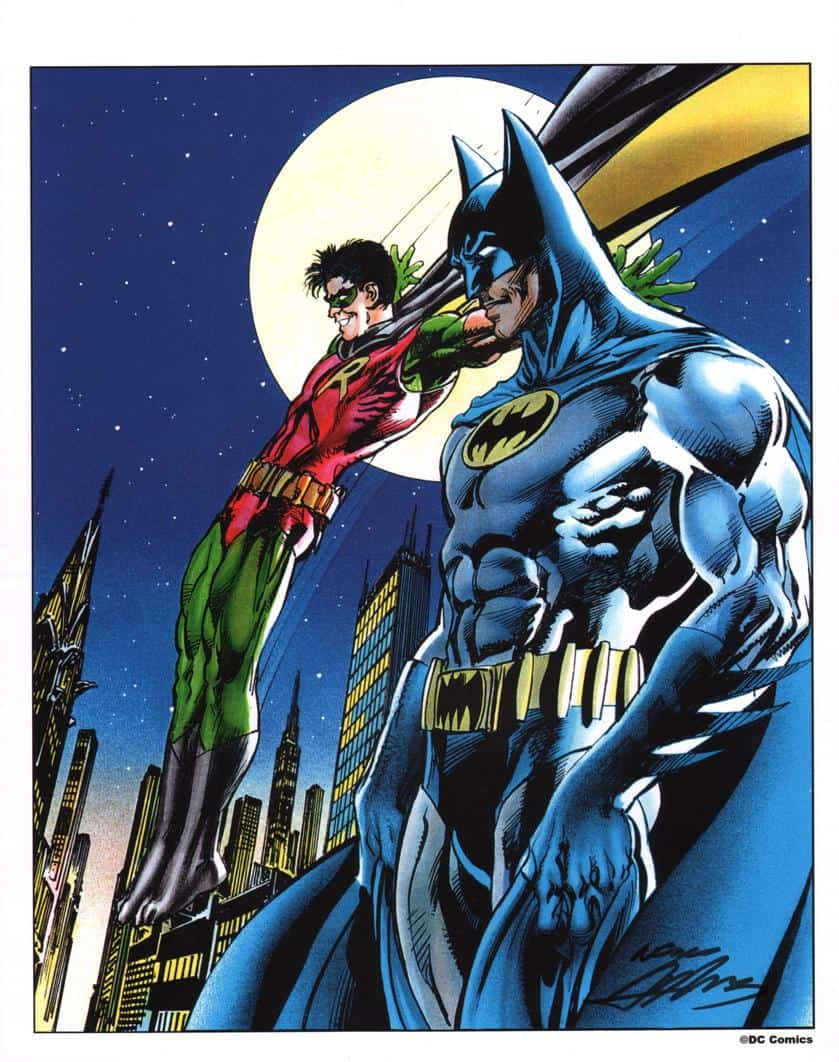 I’m reminded of a scene from Aaron Sorkin’s “The Newsroom.” Feel free to leave your critique of the show to yourself. Jeff Daniels’ character, Will McAvoy, is anchoring a broadcast while his father is in the hospital, dying.

The chaos of anchoring the news provides McAvoy with every opportunity not to call in to speak with his father until finally he relents and decides, during a commercial break, to call in to the hospital only to discover that his father has already passed away.

The commercial break ends and McAvoy is lost in the moment, disregarding the prompter, the camera, and the producer in his ear. After what feels like an endless pause he looks into the camera and says, “Well, I guess it’s just us now.”

The scene has everything and nothing to do with what I’m feeling right now. 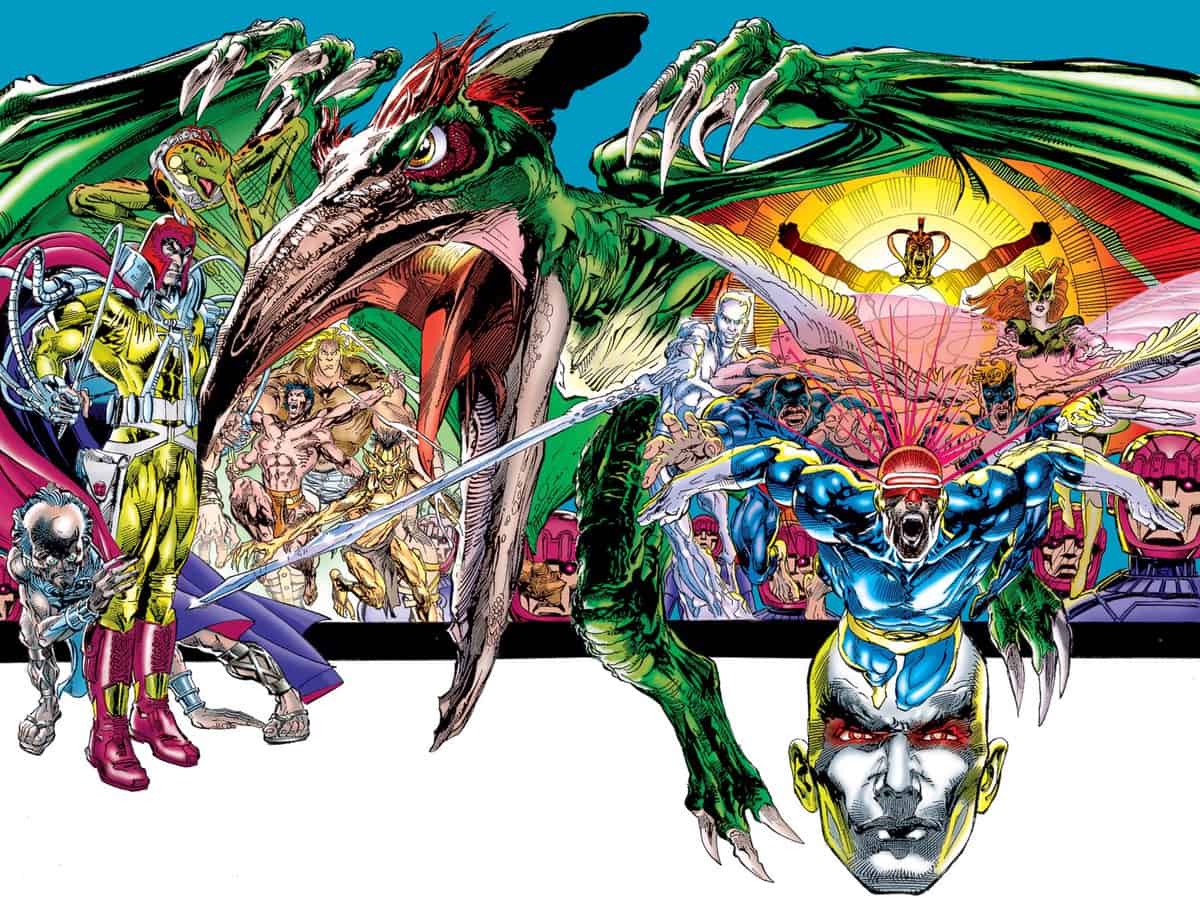 My father was a force. His career was defined by unparalleled artistic talent and an unwavering character that drove him to constantly fight for his peers and those in need.

He would become known in the comics industry as one of the most influential creators of all time and champion social and creator’s rights. When he saw a problem, he wouldn’t hesitate.

What would become tales told and retold of the fights he fought were born out of my father simply seeing something wrong as he walked through the halls of Marvel or DC and deciding to do something about it right then and there.

But growing up in the late eighties and through the nineties that isn’t the Neal Adams I knew. I knew dad. He worked in commercial arts and ran a studio. He worked hard but always made time for family.

We would do family activities nearly every weekend and for the most part he was how I imagined every dad, except he knew how to draw. 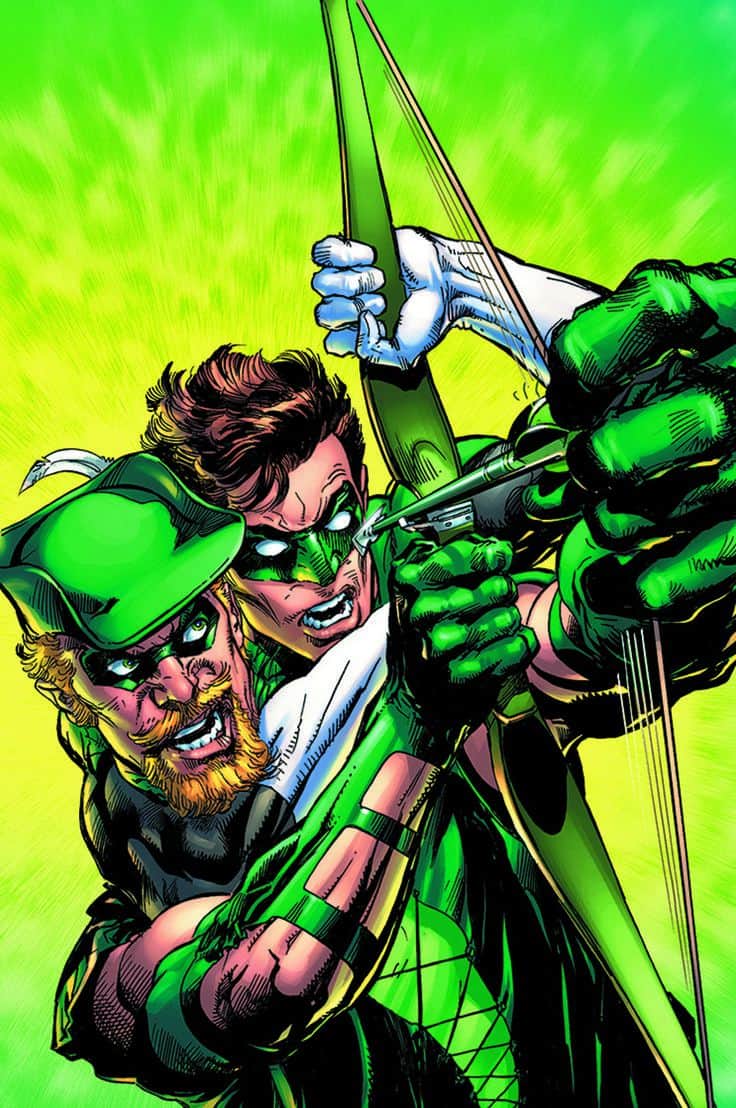 But there were clues. Things I noticed but didn’t yet understand.

We would occasionally go to a comic convention and while there I would see these interesting people who would treat my father with such reverence. Names I would come to know and idolize: Neil Gaiman, Dave Stevens, Frank Miller, Bill Sienkiewicz, Larry Hama and so, so many more.

There was something interesting about these interactions. They were…familiar.

It wasn’t until I was in my early teens that I really started to gain a perspective on who my father was to the comic industry. It didn’t change who he was to me. He was still dad.

I just got to understand what he was to other people a little bit more. Still, there was something about the way all these people treated him that was so familiar. But I couldn’t put my finger on it. 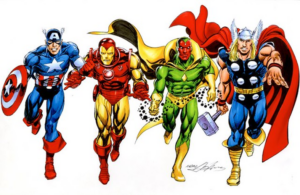 Dad would hate me for sharing this but I can’t keep quiet about it anymore: he was SO generous. He gave of himself, both time and money, without question. He gave without ever asking for anything in return, and never bragging a word of it to anyone.

As I grew older and was trusted by him to be in the room when important conversations were had and deals done, I saw the side of him that earned him the status of living legend.

With a phone call to Marvel or DC he would start a young talent on their career, and with a confident smile he could send corporate lawyers running to hide behind the fallen cards that they once believed was a sturdy house. Still, there was something familiar.

It wasn’t until I was an adult that I truly got it. It wasn’t until I sat at tables at conventions next to the same people I would watch treat my father with such reverence that I understood.

He was their father too. Neal Adams’ most undeniable quality was the one that I had known about him my entire life: he was a father. Not just my father, but a father to all that would get to know him. 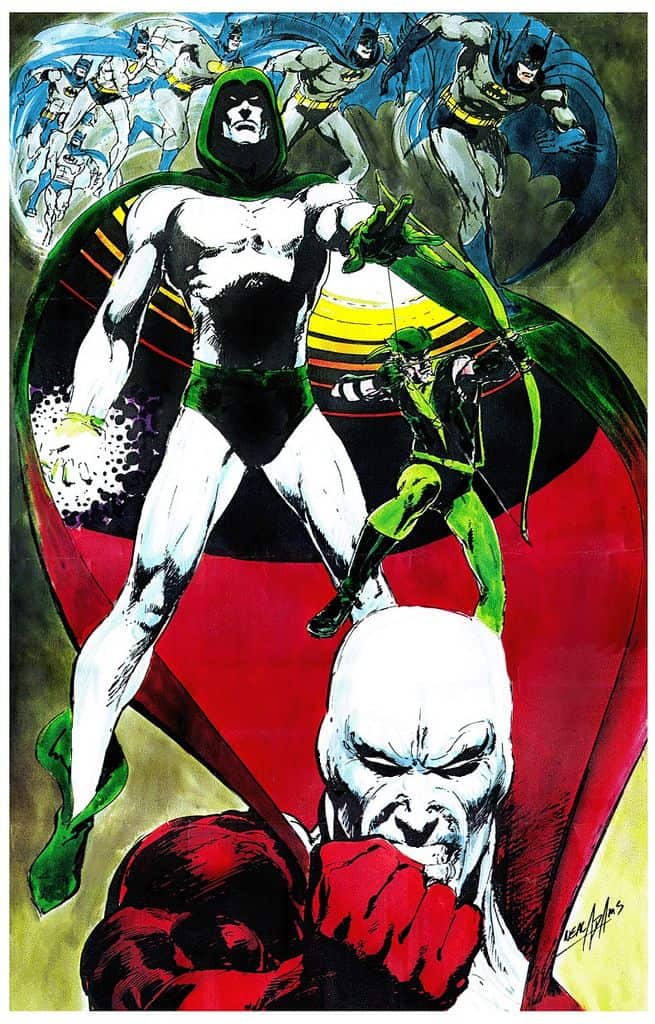 Neal Adams influenced a generation and beyond of artists with his frenetic and realistic approach to the comic book medium and was co-creator for many iconic DC and Marvel super-heroes and super-villains who have leaped from their pages to the small screen, silver screen and beyond. 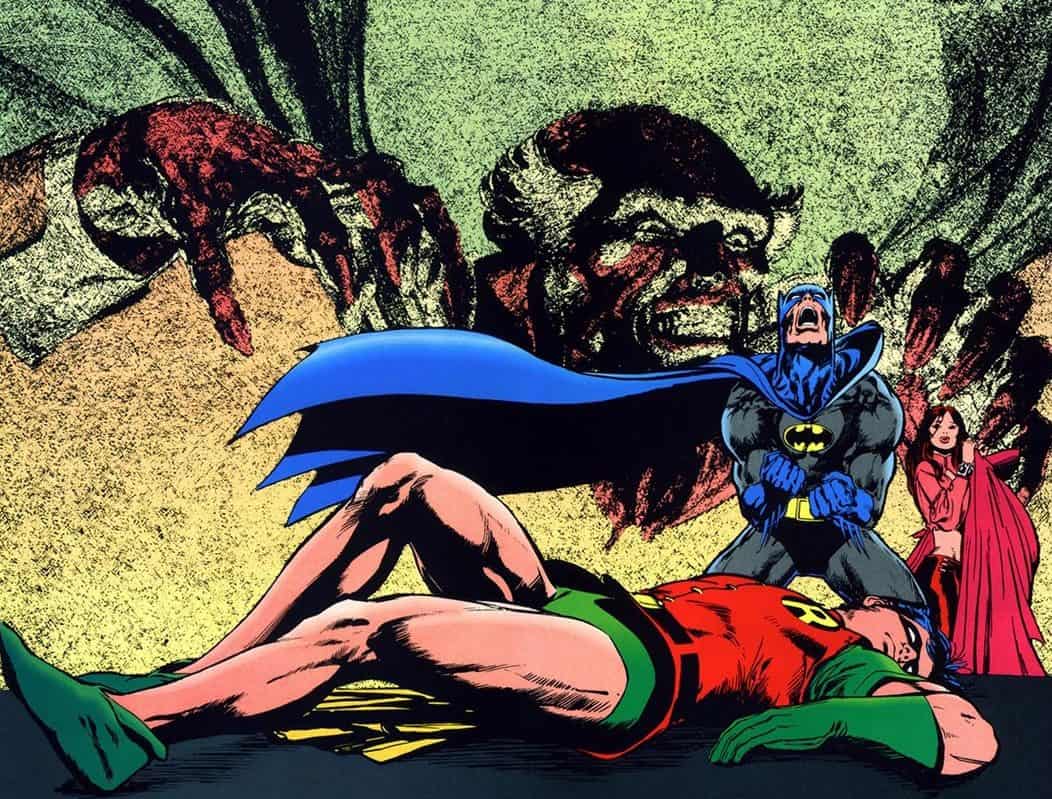 He also worked tirelessly as an artists’ rights advocate ensuring proper credit in books and other media for creations such as Superman, which then became an industry standard, as well as companies returning original art to creators and more. 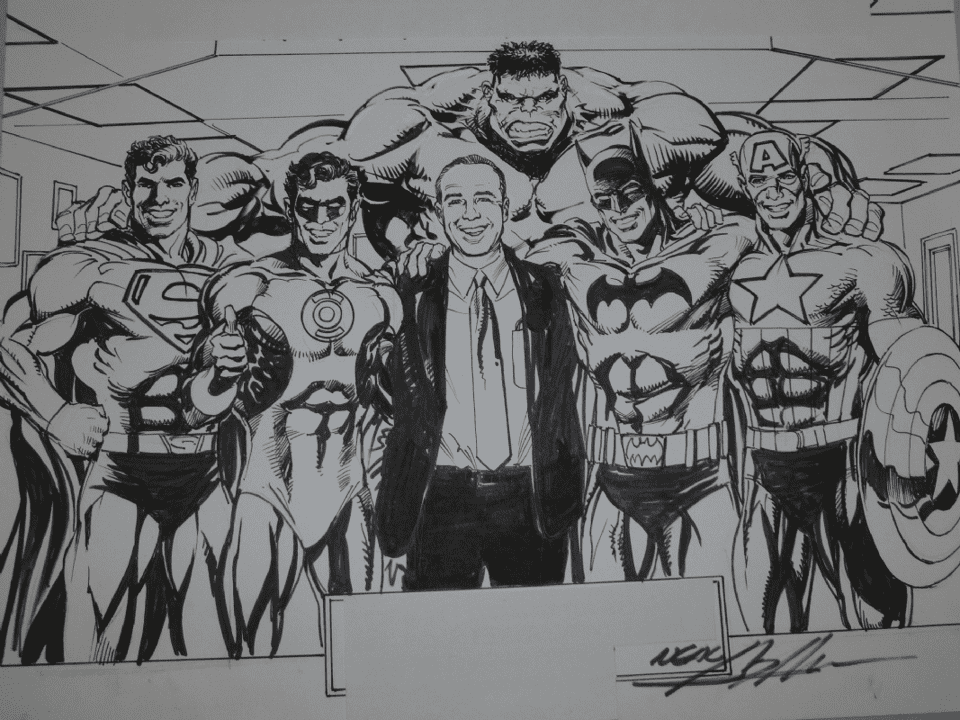 On behalf of the IP and Comics Nexus teams, I offer our condolences to the family, friends and fellow fans of Neal Adams.