Here was the card for Wrestlemania Backlash 2022. 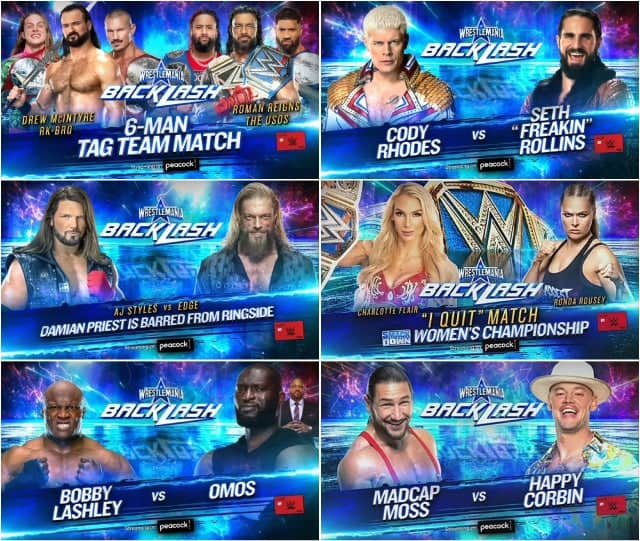 Despite the main event having both the WWE Raw and Smackdown Tag Team Champions in it as well as the Undisputed WWE Universal Champion none of those four championships were contested. 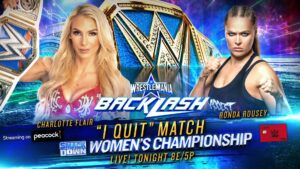 There was only one championship contested on the PPV. 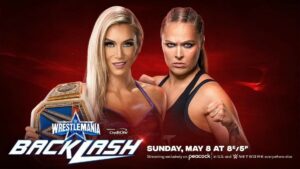 That was Wrestlemania 38 rematch between Charlotte Flair and Ronda Rousey for the WWE Smackdown Women’s Championship in an “I Quit” match. 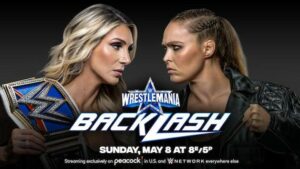 Well, Ronda Rousey got the win and the title. 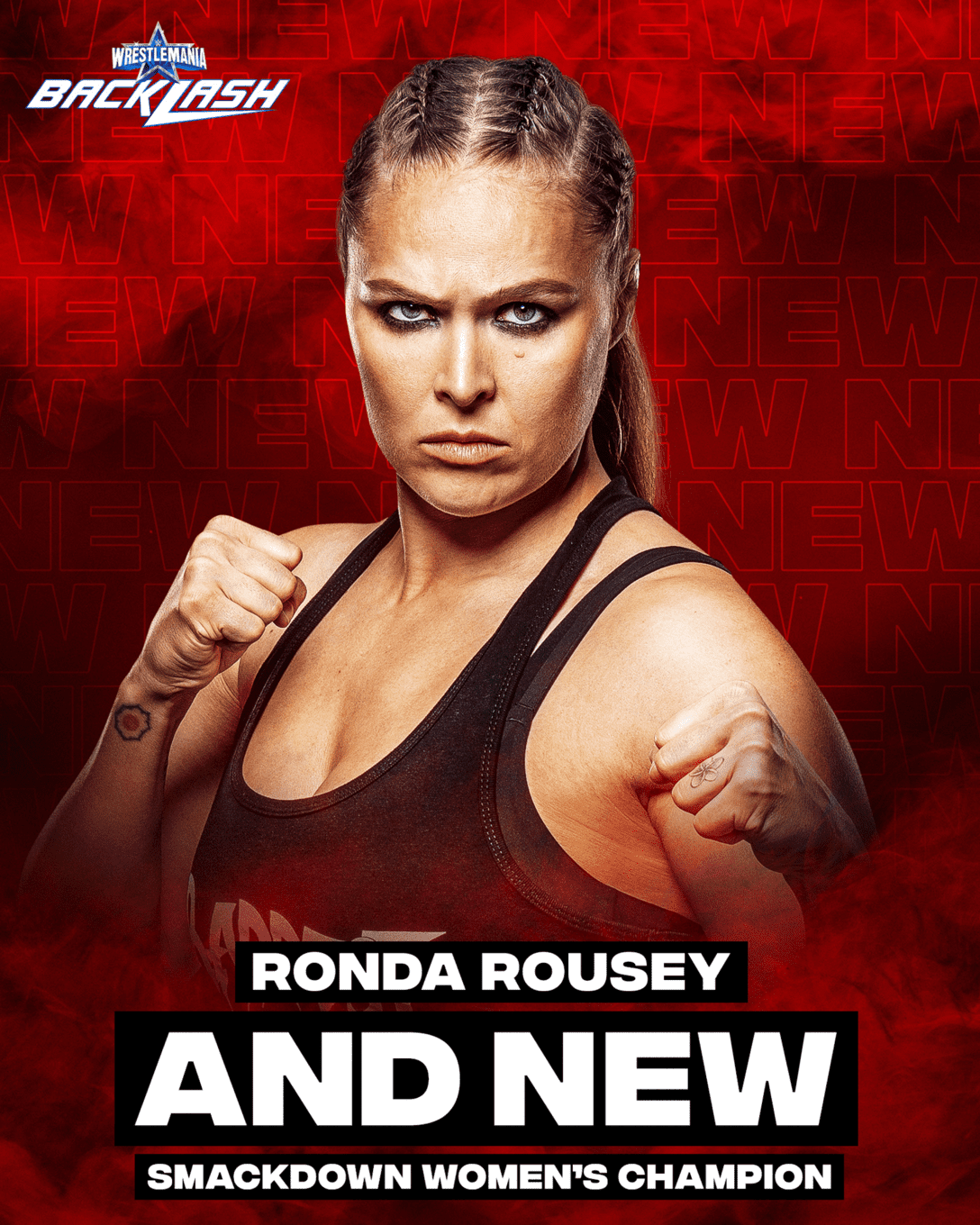 WWE describes the contest as follows.

The action was fast and furious from the onset between Charlotte Flair and Ronda Rousey as the two fierce rivals traded blows before spilling outside the ring, where Rousey sent Flair flying into the timekeeper’s area before eating a big boot from The Opportunity.

Watch every WWE Premium Live Event on Peacock in the United States and WWE Network everywhere else.

After snatching a Kendo stick out of Flair’s hands, Rousey chased the SmackDown Women’s Champion up the entrance ramp where Flair looked to counter with two more Kendo sticks. Following a brief dual, Rousey took control of the two Kendo sticks and pummeled Flair around the ringside area before the two battled among the WWE Universe.

Flair wrapped Rousey around the stair railings for a submission attempt, but Rousey refused to utter the phrase “I Quit” — even after The Opportunity dropped her onto the ring barricade and launched her into the ringpost.

Flair looked to go high-risk, but before she could reach the top rope, Rousey locked in an armbar through the ropes. But Flair held on as the two went tumbling to the arena floor. Frustrated, Flair smashed a chair across Rousey’s back and planted her with a Natural Selection onto the chair before locking in the Figure-Eight.

Rousey refused to quit, though, escaping the submission attempt with a chair shot. As Flair set up the chair for another devastating maneuver, she foolishly paused to wish Rousey a happy Mother’s Day. Enraged, The Baddest Woman on the Planet grabbed Flair’s arm through the chair and cinched in an armbar to force Flair to scream “I Quit.” 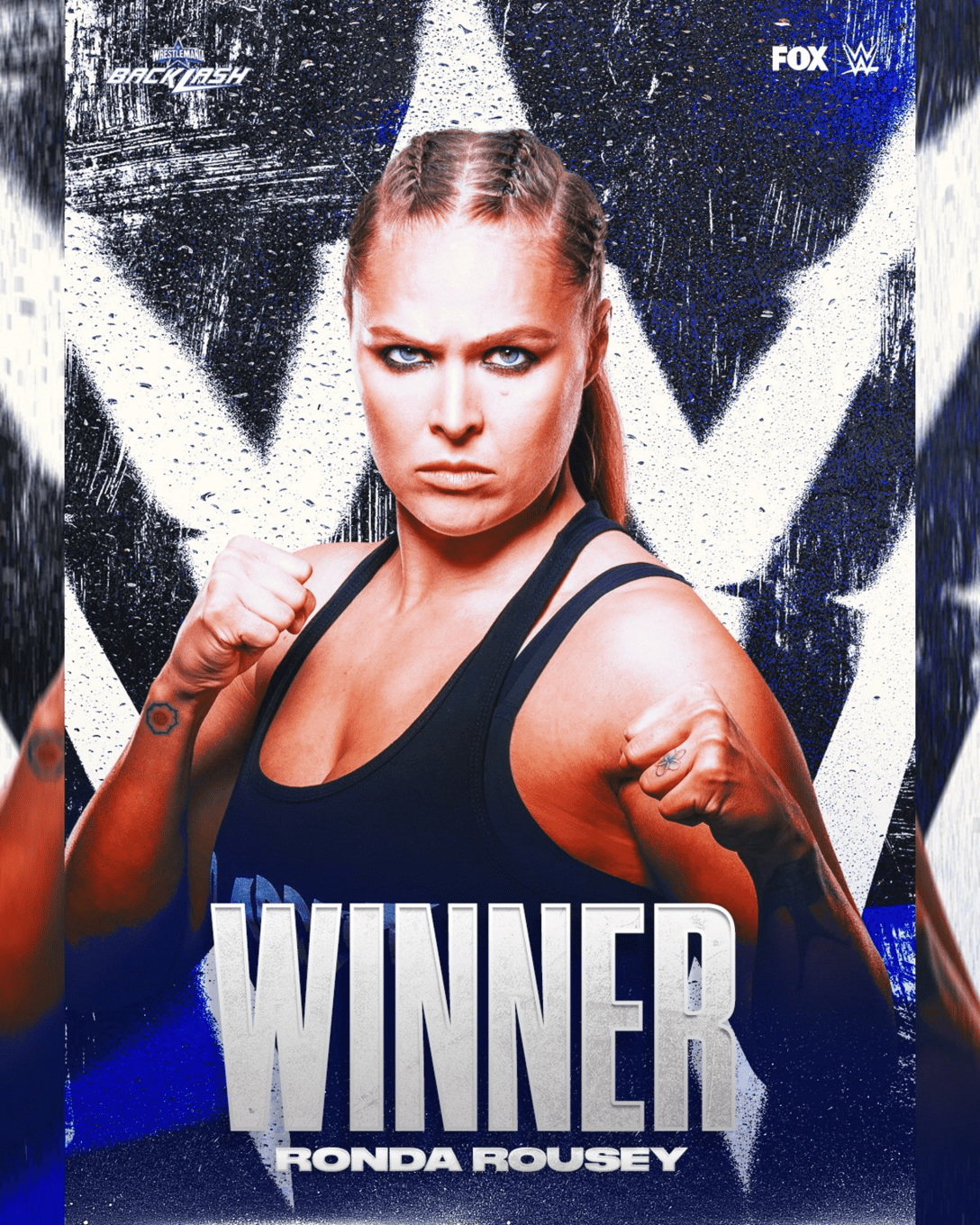 As a result of the match WWE began reporting that Charlotte Flair was injured.

It is being reported that recovery from an actual fractured radius takes 6-8 weeks. 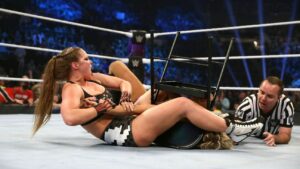 It is also being reported that Flair is fine and taking time off to marry her fiancé AEW’s Andrade El Idolo. 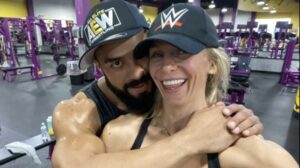