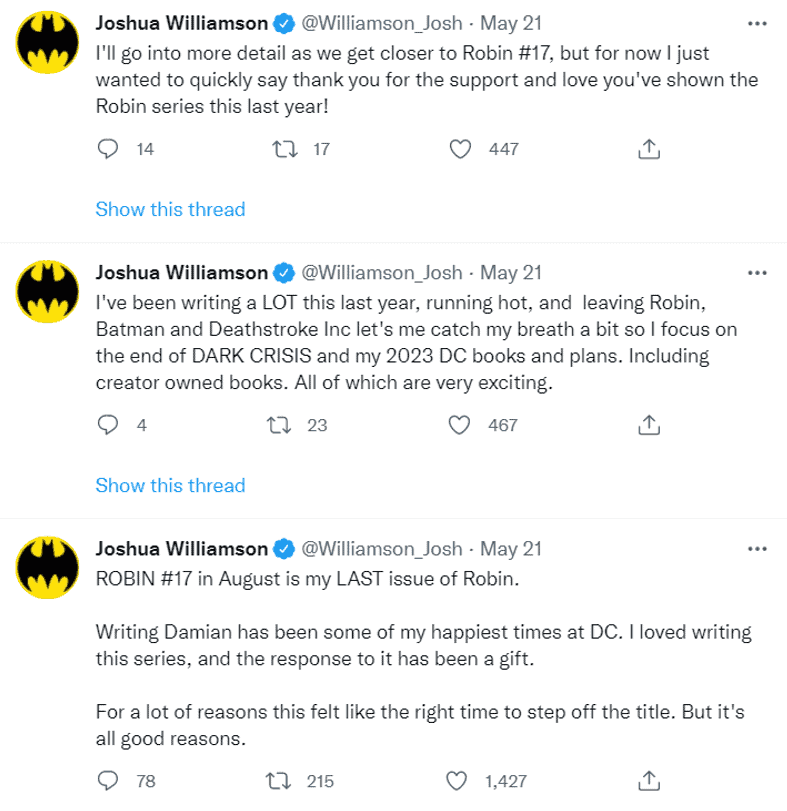 (2) While new Robin creative team not yet known, Superman / Batman writer is penning a new Batman vs. Robin limited series beginning in September 2022. 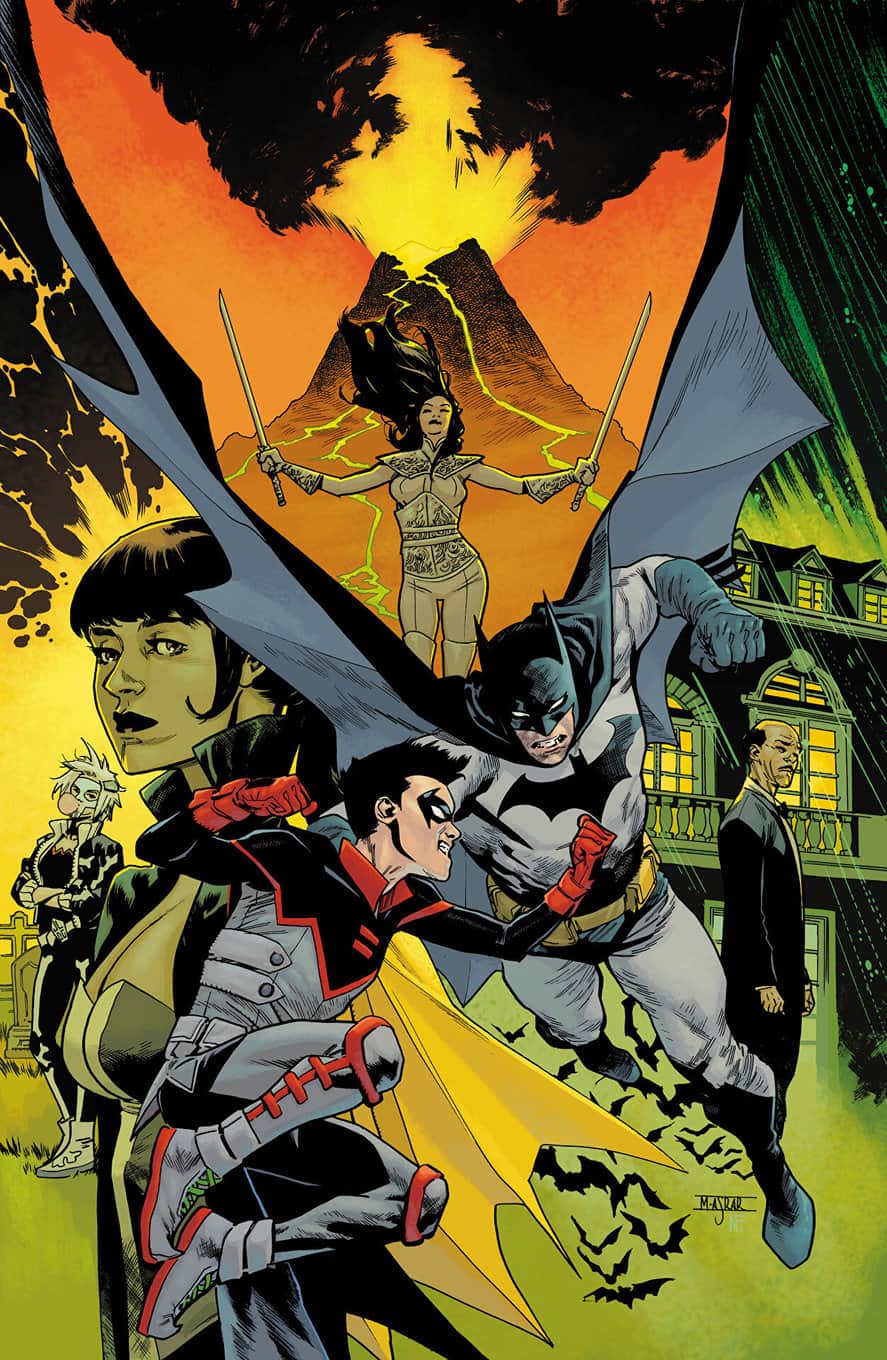 Waid spilled some details of the five issue mini-series, with art by Mahmud Asrar, at Popverse.

“What I can say is that the first arc of World’s Finest is, was, and always has been, designed deliberately to lead into what is going to be Batman vs. Robin,” the writer teases. “What I was trying to do with Batman versus Robin was try to take them into a realm that I’m not used to seeing them in, which is dark magic sorcery, rather than science, rather than logic and detective stuff. We’ve seen Batman and sort of peripheral magic, but I want to get into the down and dirty of it.”

“There’s no point being subtractive to a superhero universe. Every time we limit someone’s powers or put on some new limitation to what they can do and how they can do it, that’s just counter to the whole spirit of comics and superhero comics,” he says. “Comics are not about rules. Comics are about flying, right?”