…No Real Batman, Robin Or Deathstroke?! 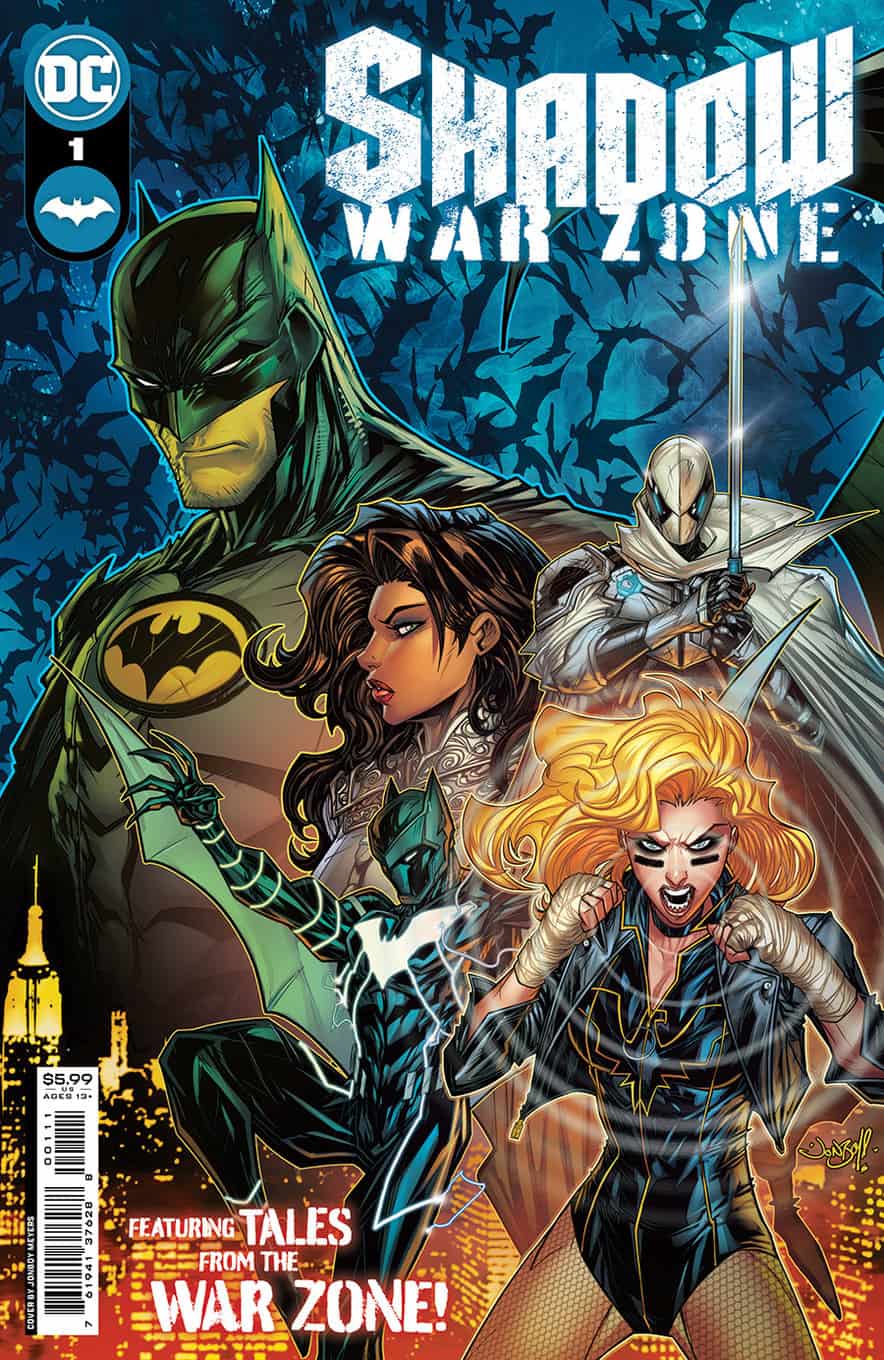 The issue has a few variant covers below in addition to the main cover above. 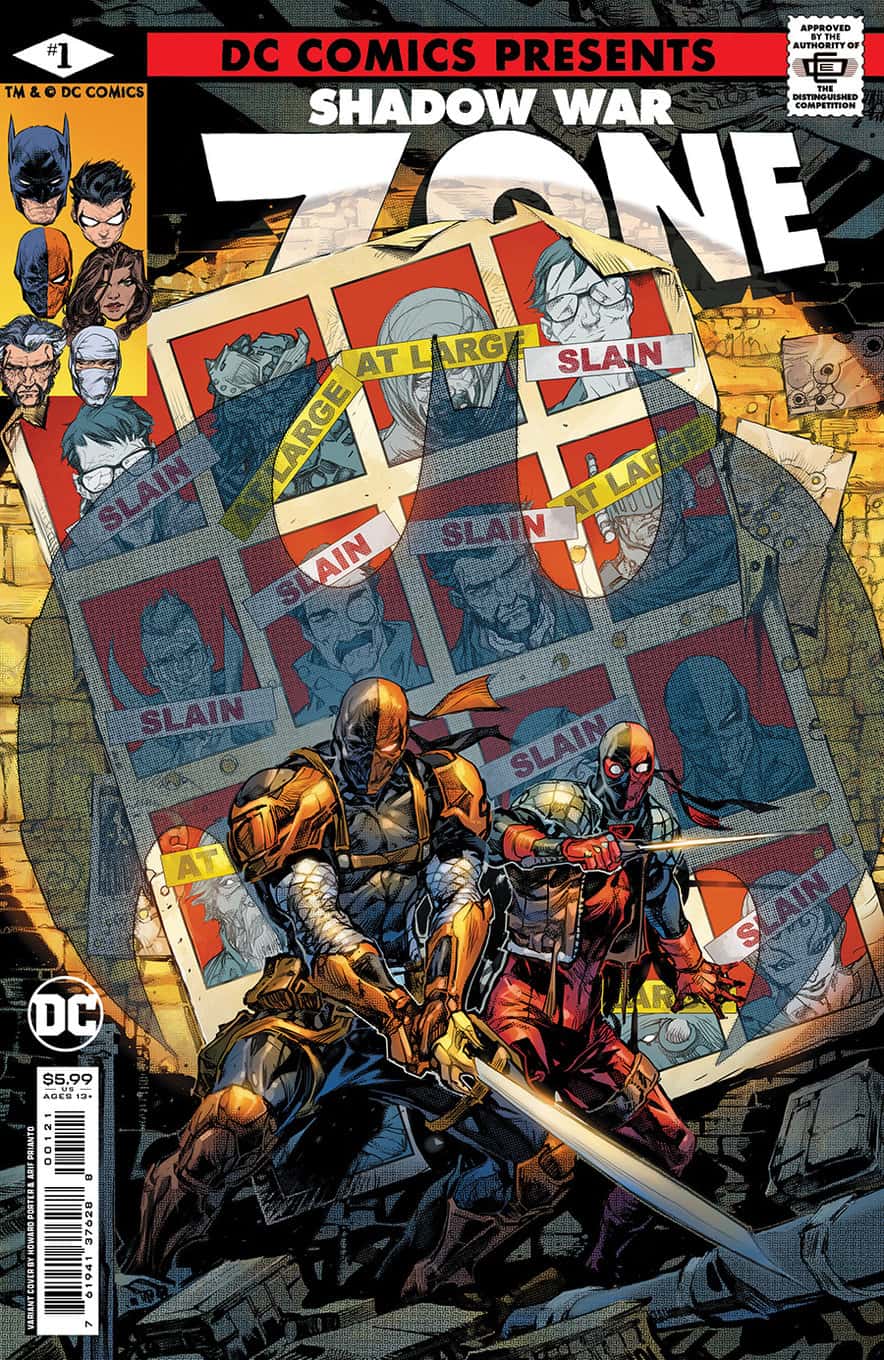 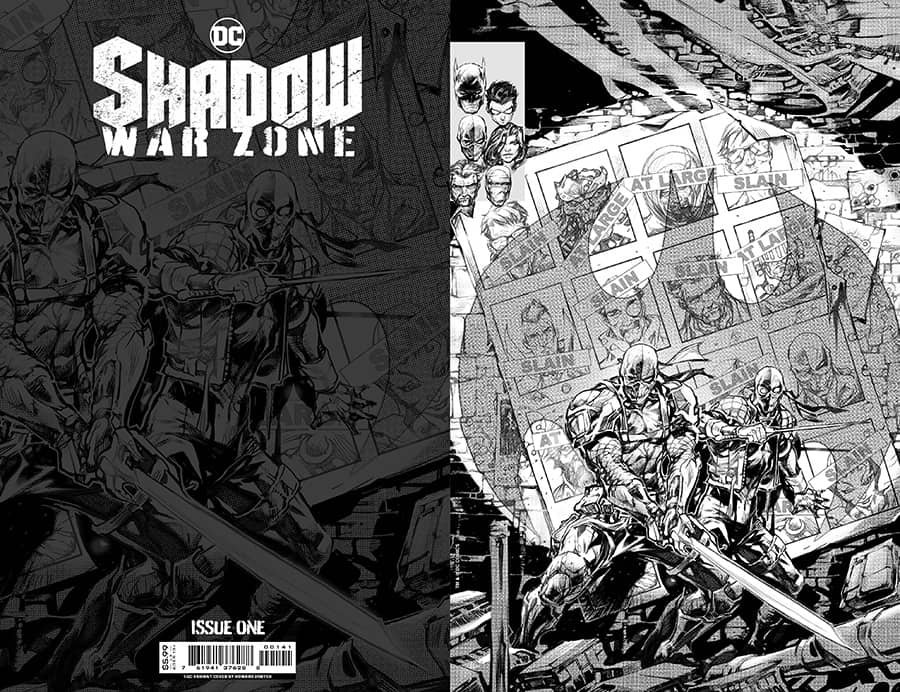 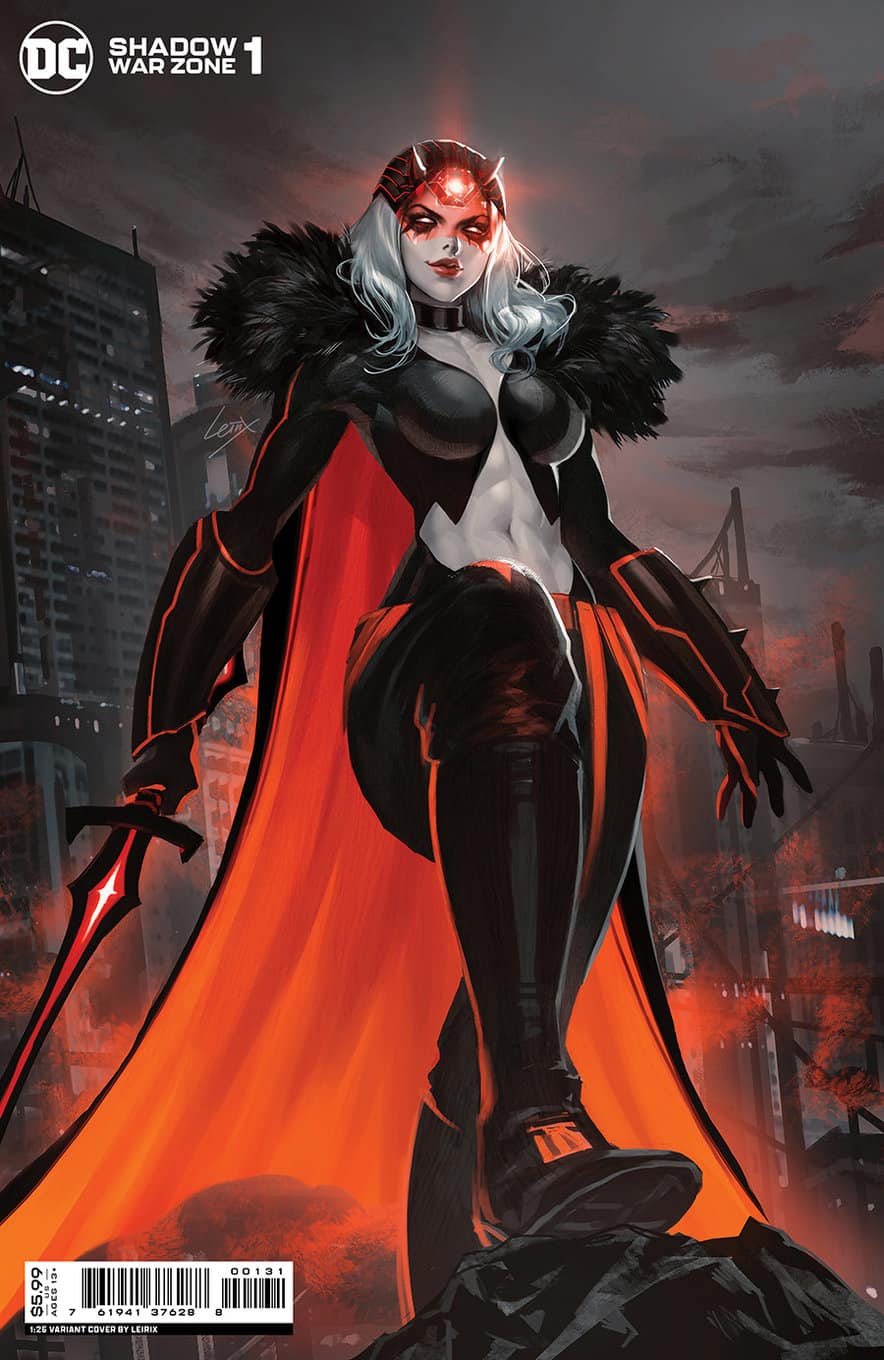 The promise of the title can NOT be discerned from its solicitation.

A special issue that showcases the spread and impact of the Shadow War on the DCU! Talia al Ghul has put out a hit on anyone who has ever worked with Deathstroke—and that includes Black Canary! Where has Luke Fox been? Talia is sick of watching from the sidelines and joins the battle herself! Also featuring the new villain Angel Breaker! What is her connection to Ghost-Maker?

The book opens with a recap of what’s happened in the Shadow War event thus far in some present day banter between Oracle and Black Canary, where the latter tries to fool the former about her whereabouts 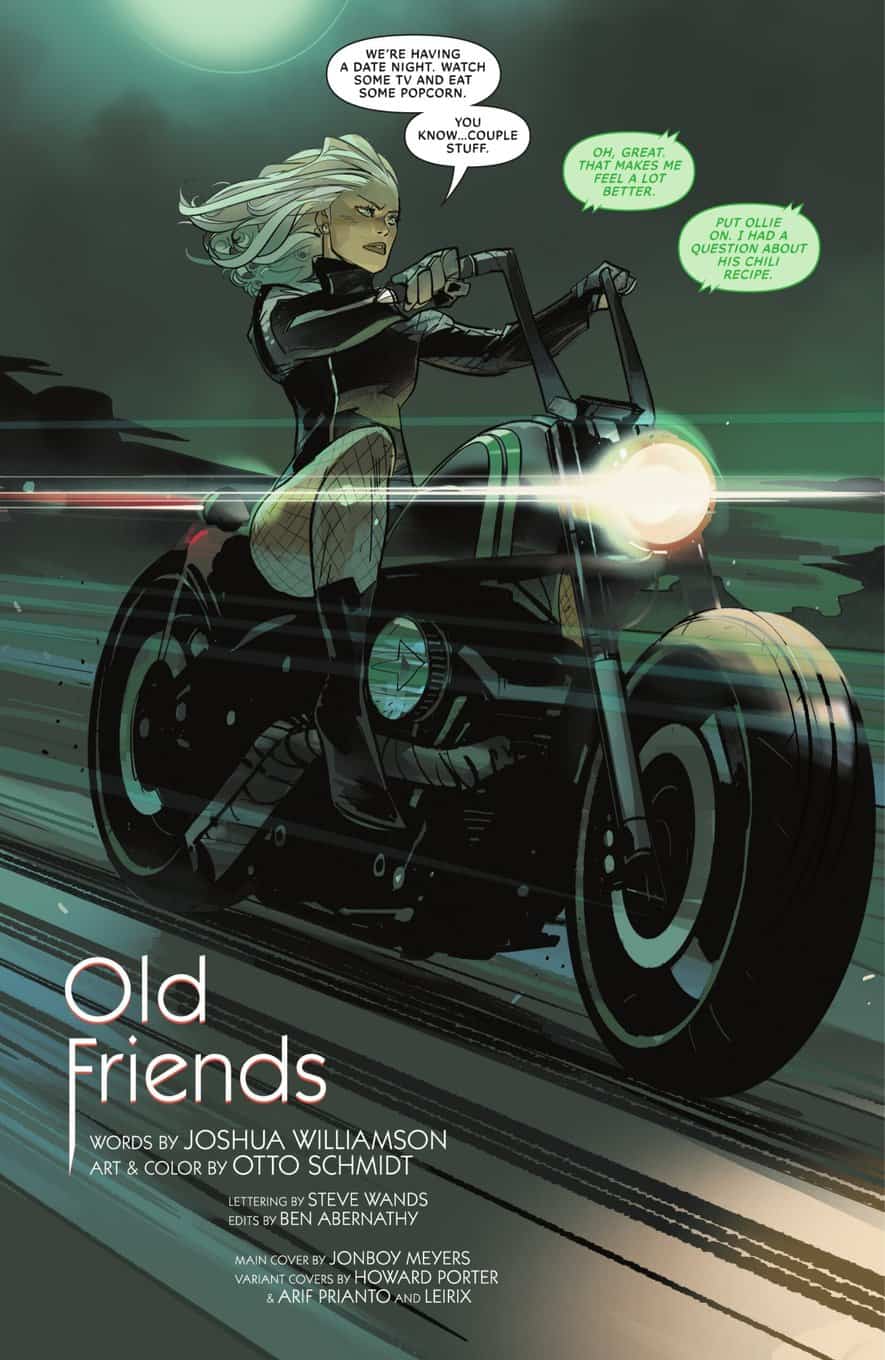 However, while Black Canary sets her sights on Deathstroke, after being “distracted” by Justice League business, she knows who is in her path, both literally and figurately. 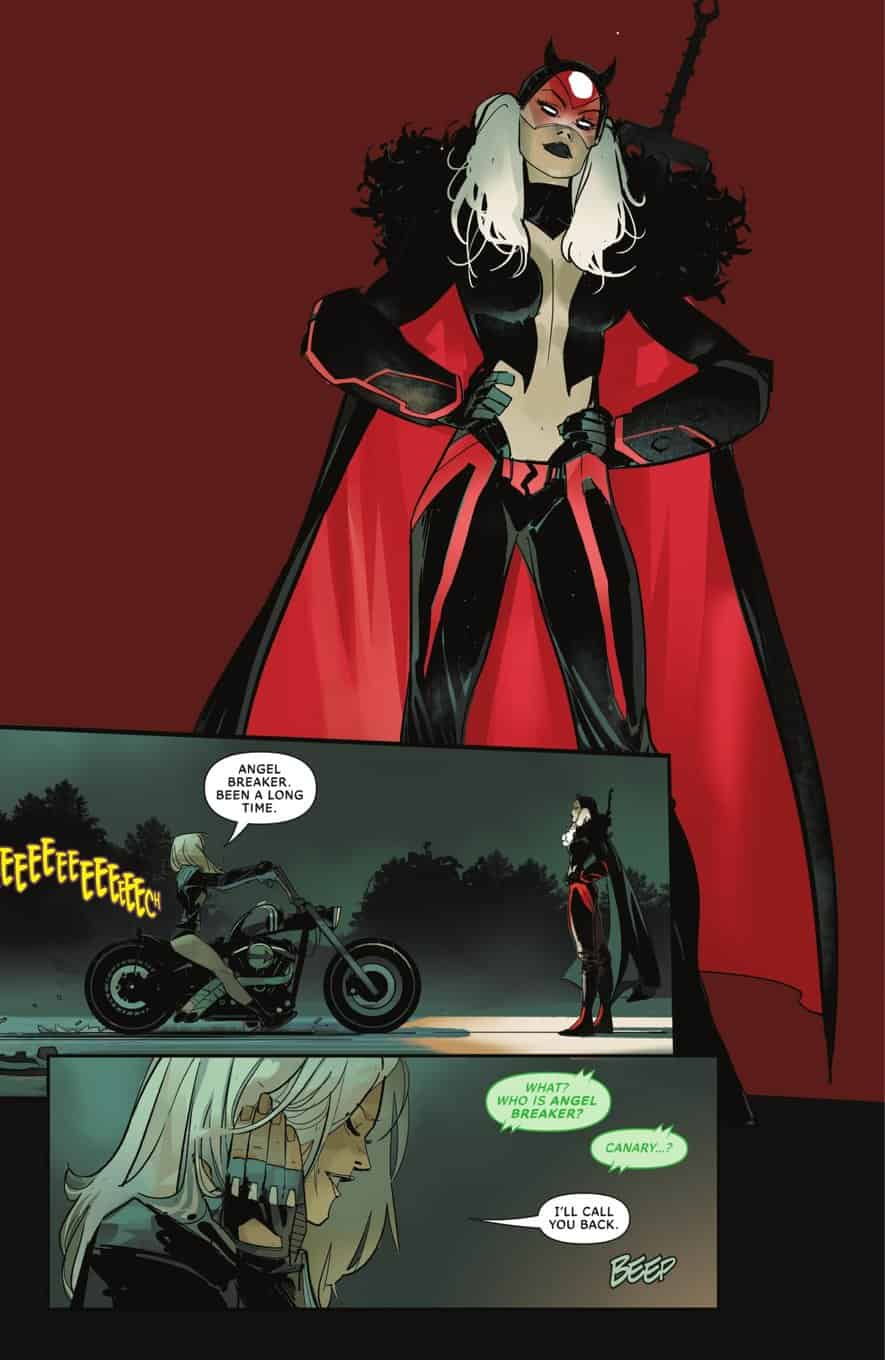 It’s new character Angel Breaker who is working for Talia Al Ghul in her hunt of Deathstroke and his known associates. 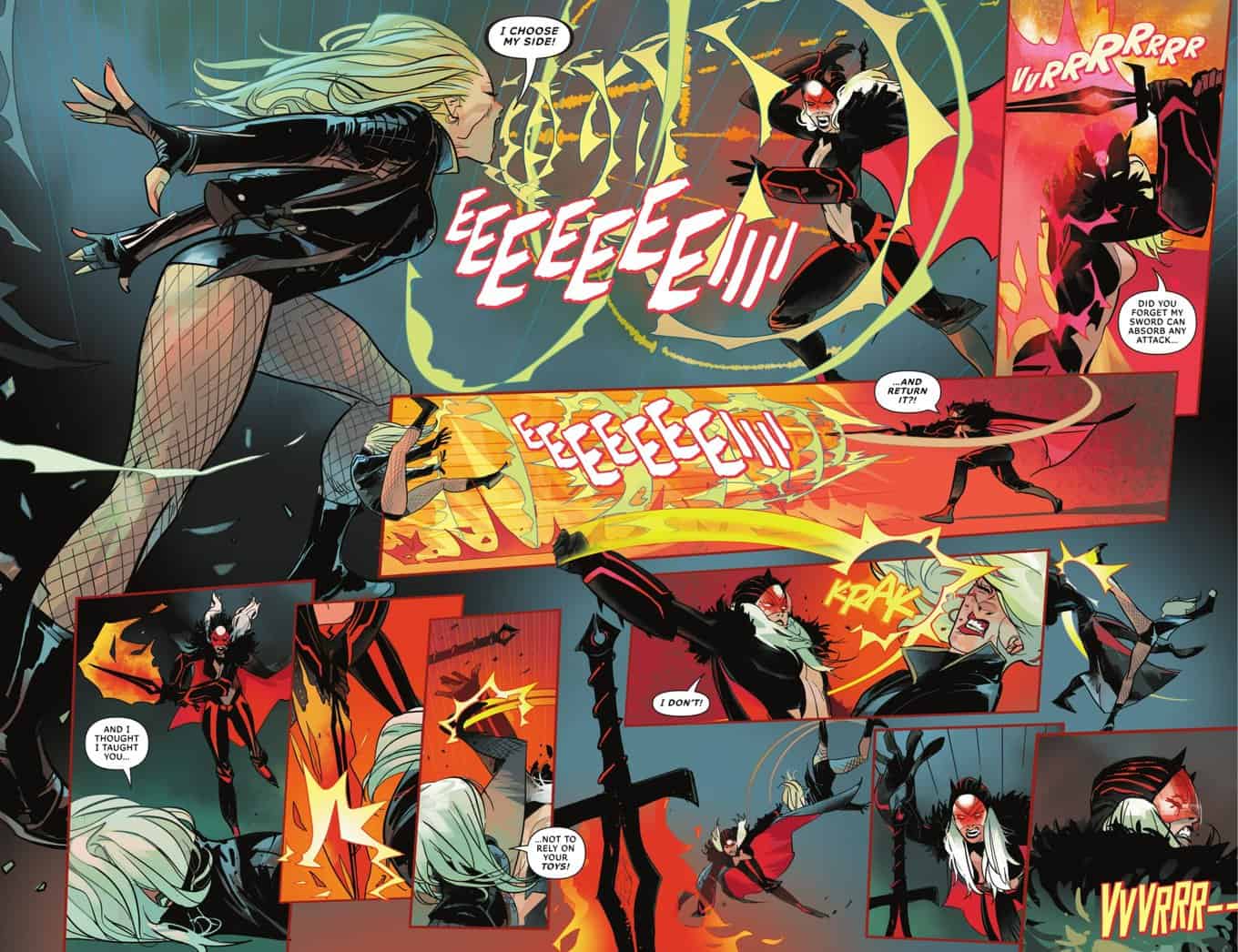 A rather violent fight ensues, through which we learn more about Angel Breaker, including that Black Canary trained her at his some point in the past. 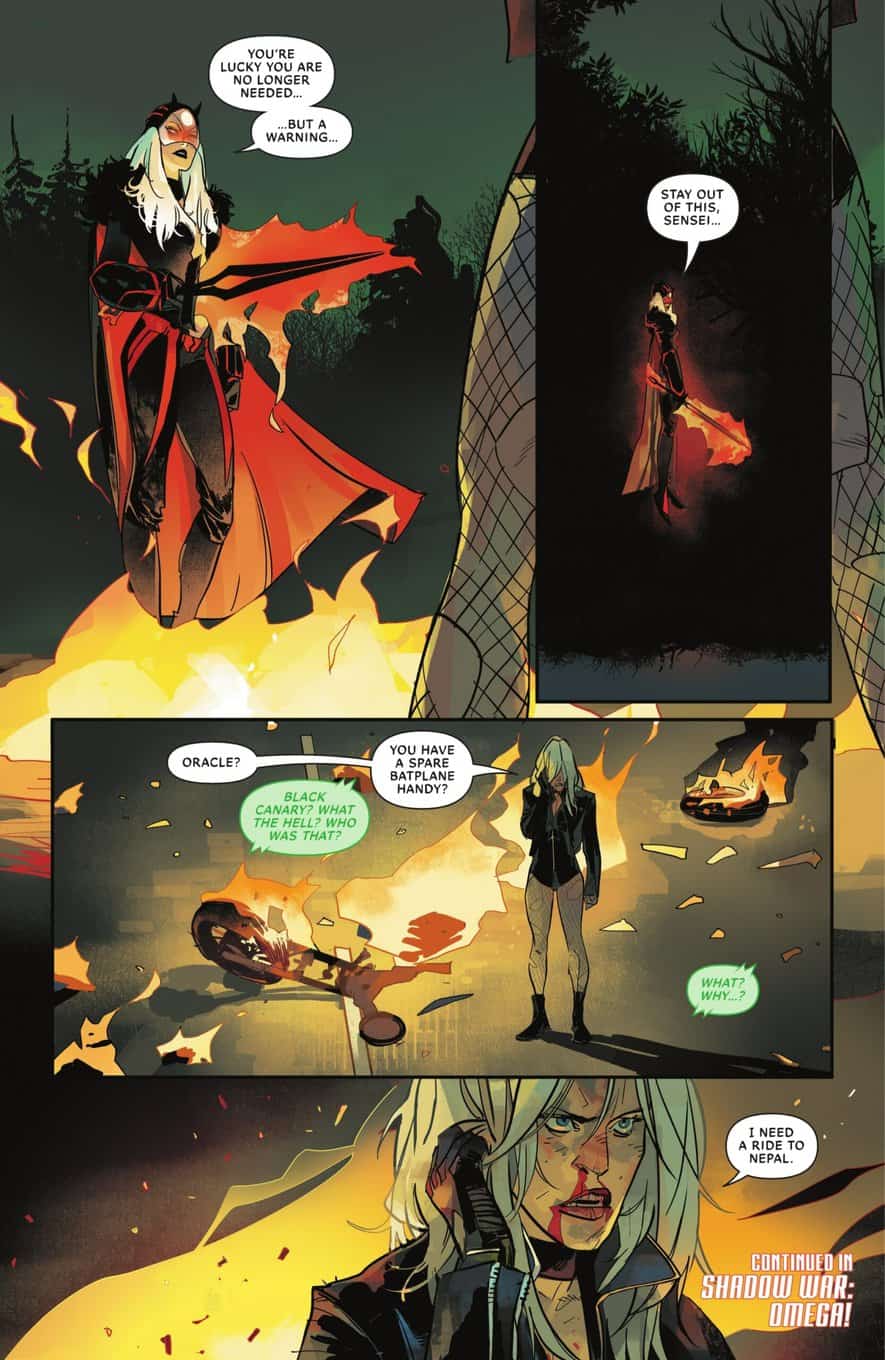 As Black Canary plans to follow Angel Breaker to Nepal, the next story is set in the past and features Ra’s Al Ghul… 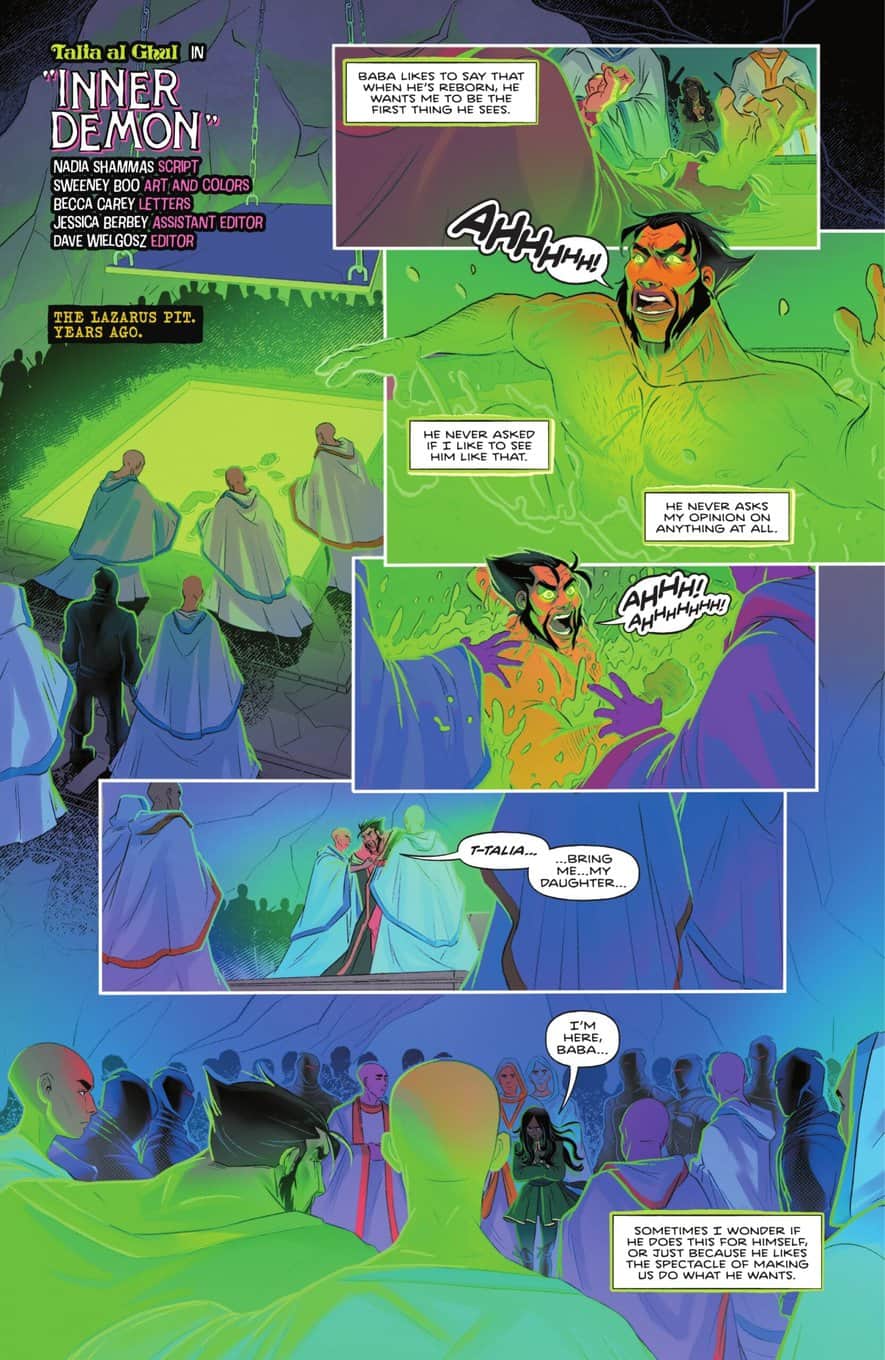 …, his daughter Tali Al Ghul and her grandmother (and his mother) Mother Soul. 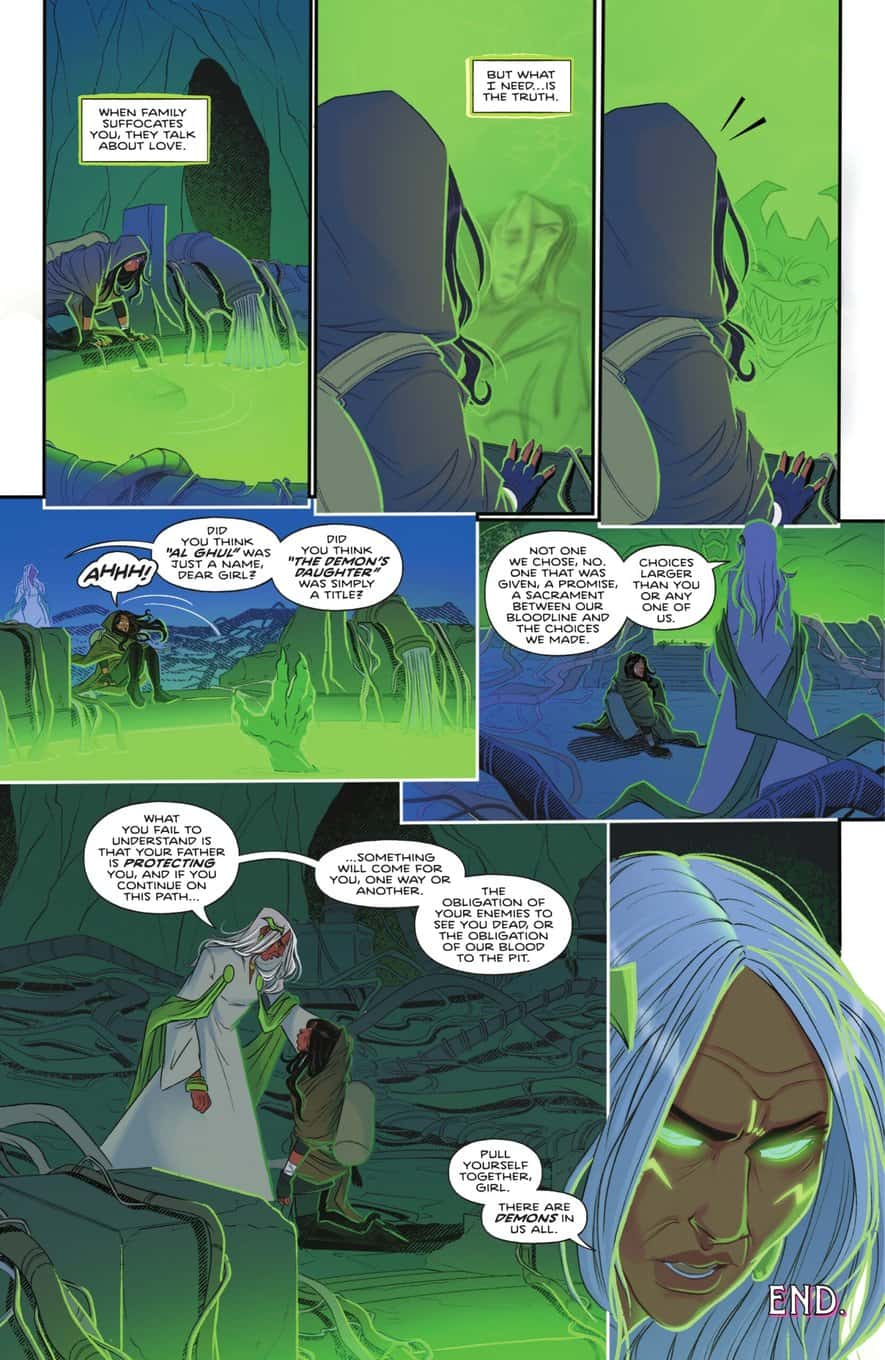 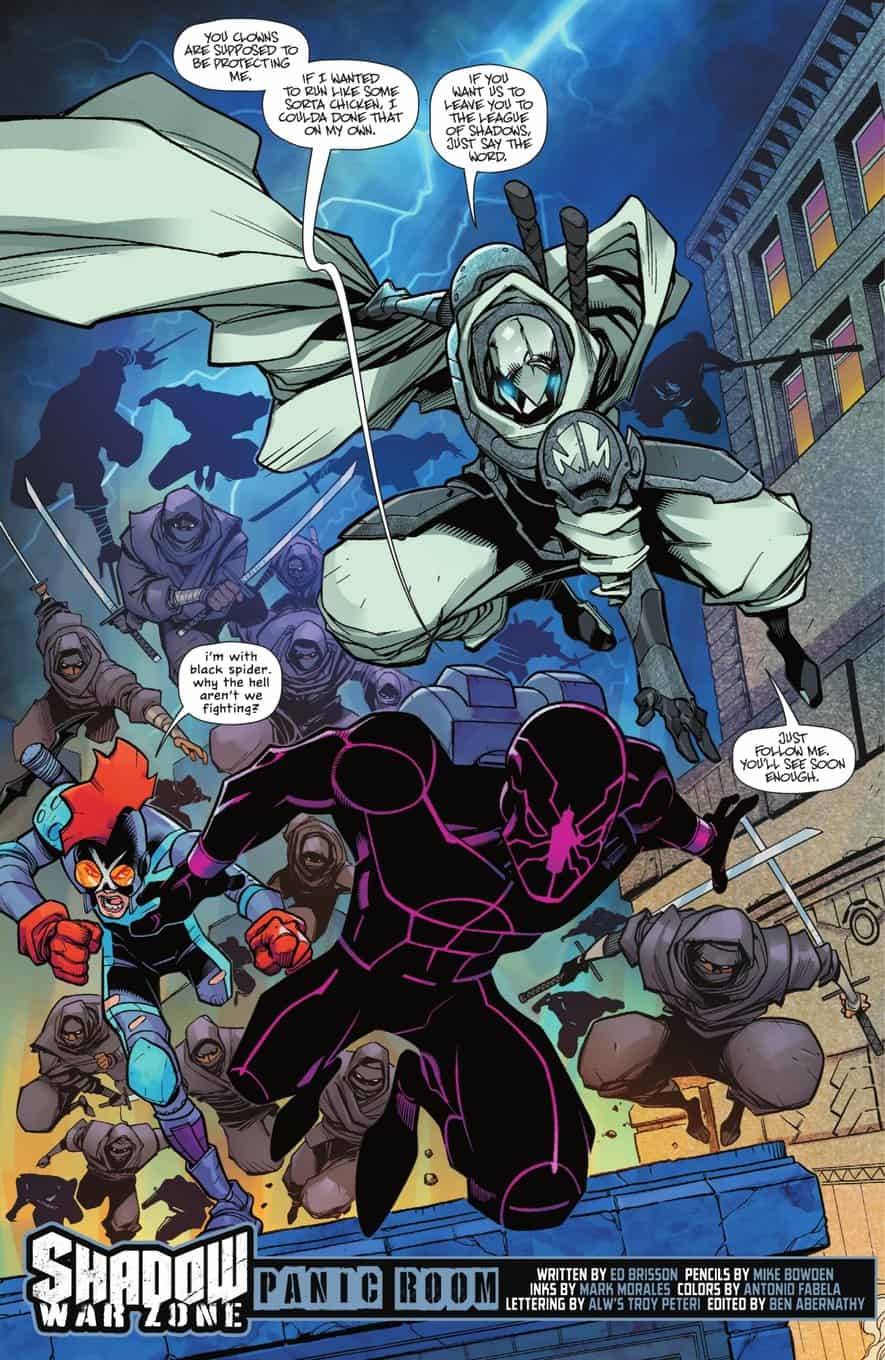 …as part of a story that channels a new age Batman and Robin vibe. 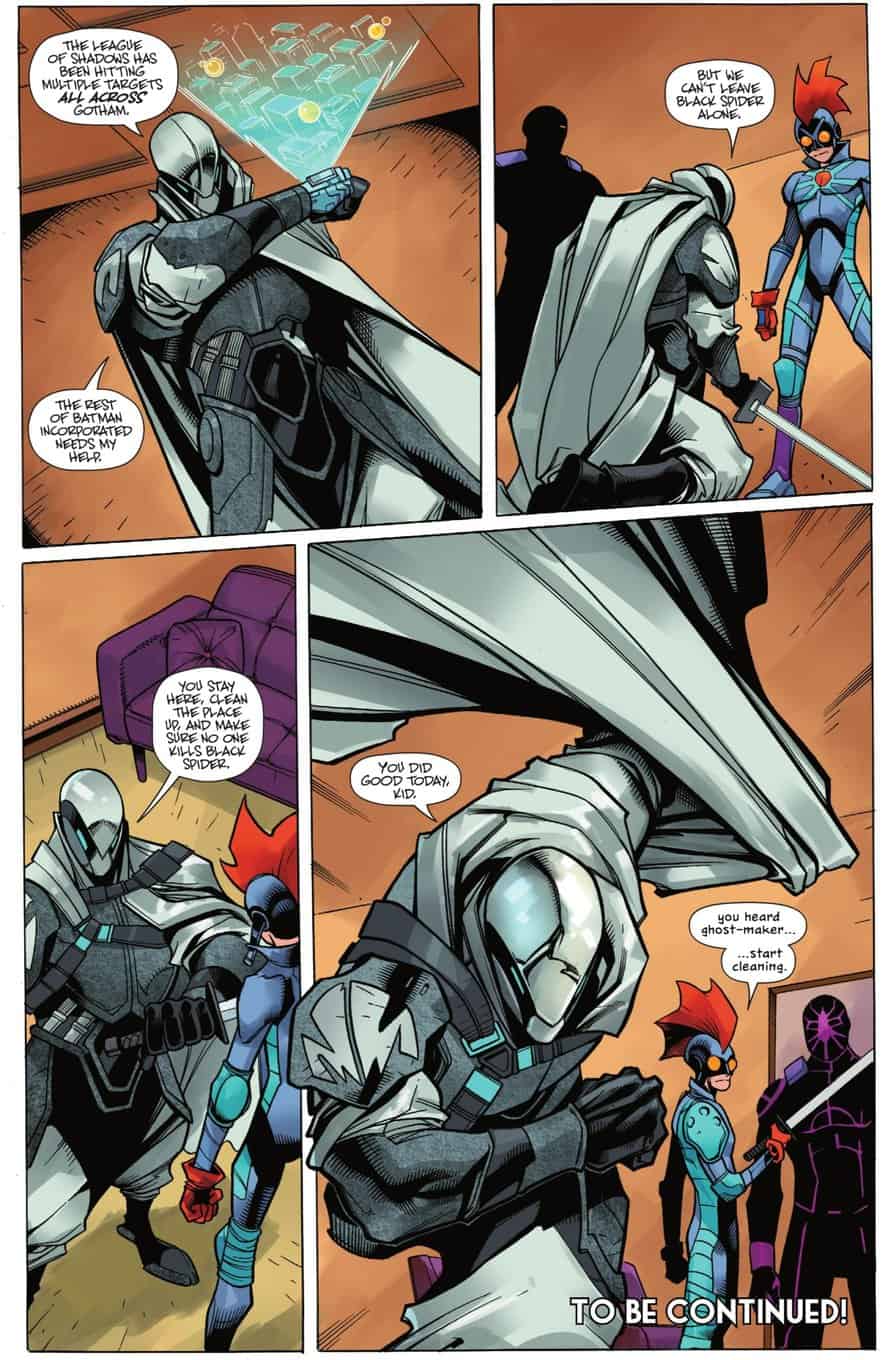 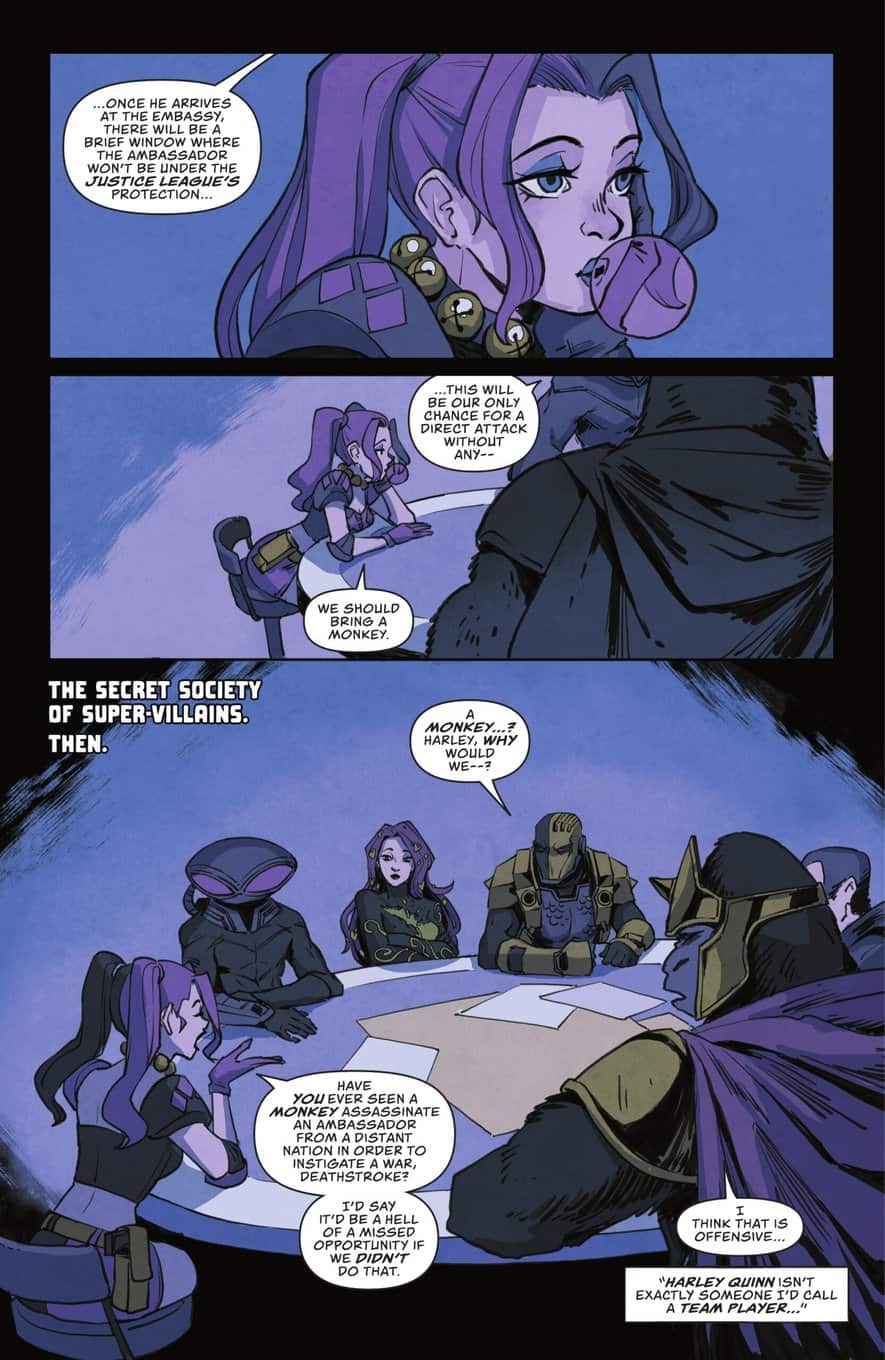 …that concludes on Lashina, one of Darkseid’s Female Furies and one-time Suicide Squad member as the Duchess, who is recruiting a team where Quinn may be a member?! 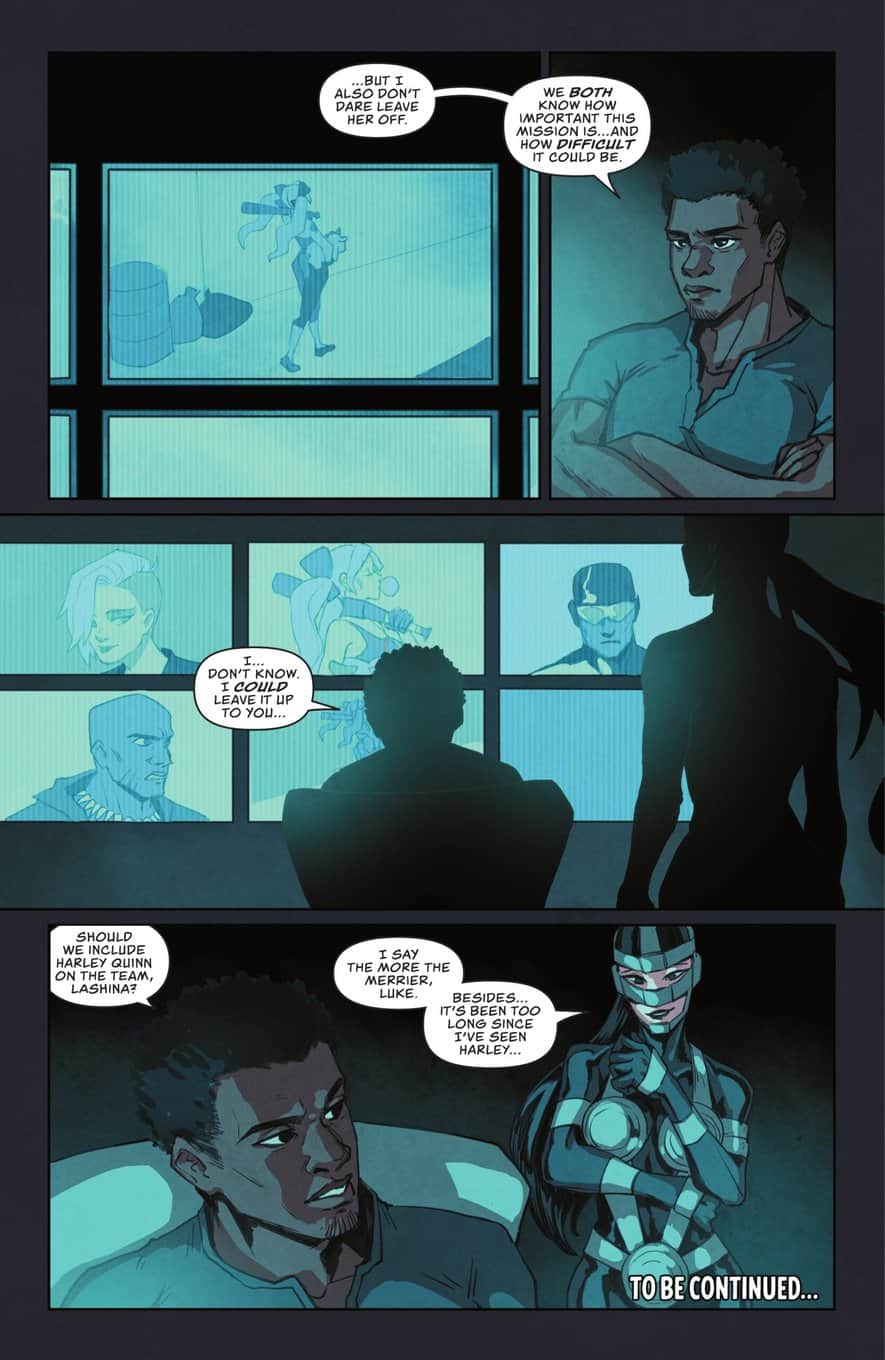 Here’s the Shadow War checklist in case you want to see where we are in this Batman, Robin and Deathstroke event. 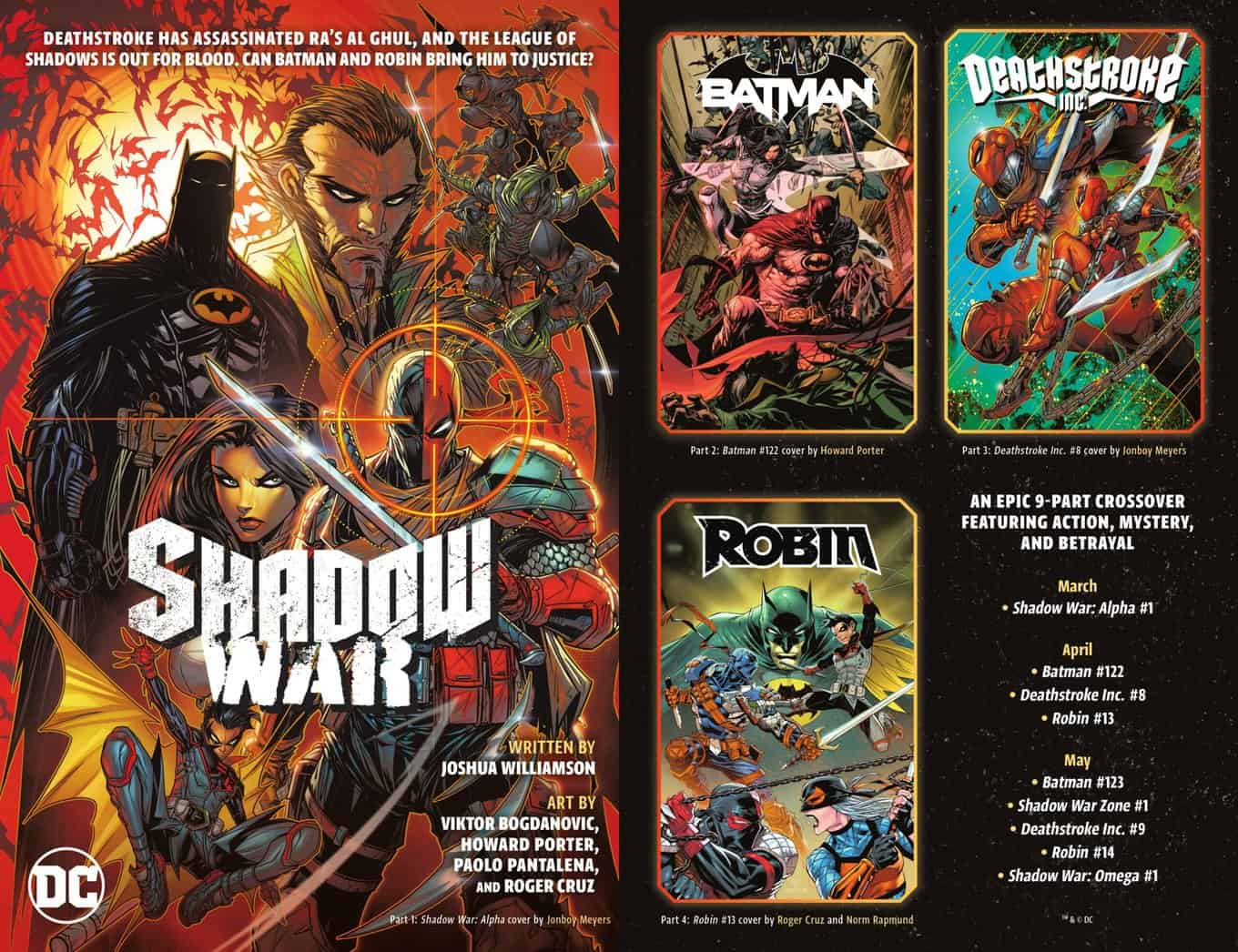 An ok issue with ok art on each story that overall didn’t feel as consequential as I thought it should for the event. The Angel Breaker and Black Canary connection, which seems the most relevant to the event, could have been revealed in a panel or two in the one of the core series titles. Plus the solicitation promised Batwing, but Harley Quinn which seemed like a fair unannounced swap. An interesting read through despite my stated concerns. 3 out of 10.