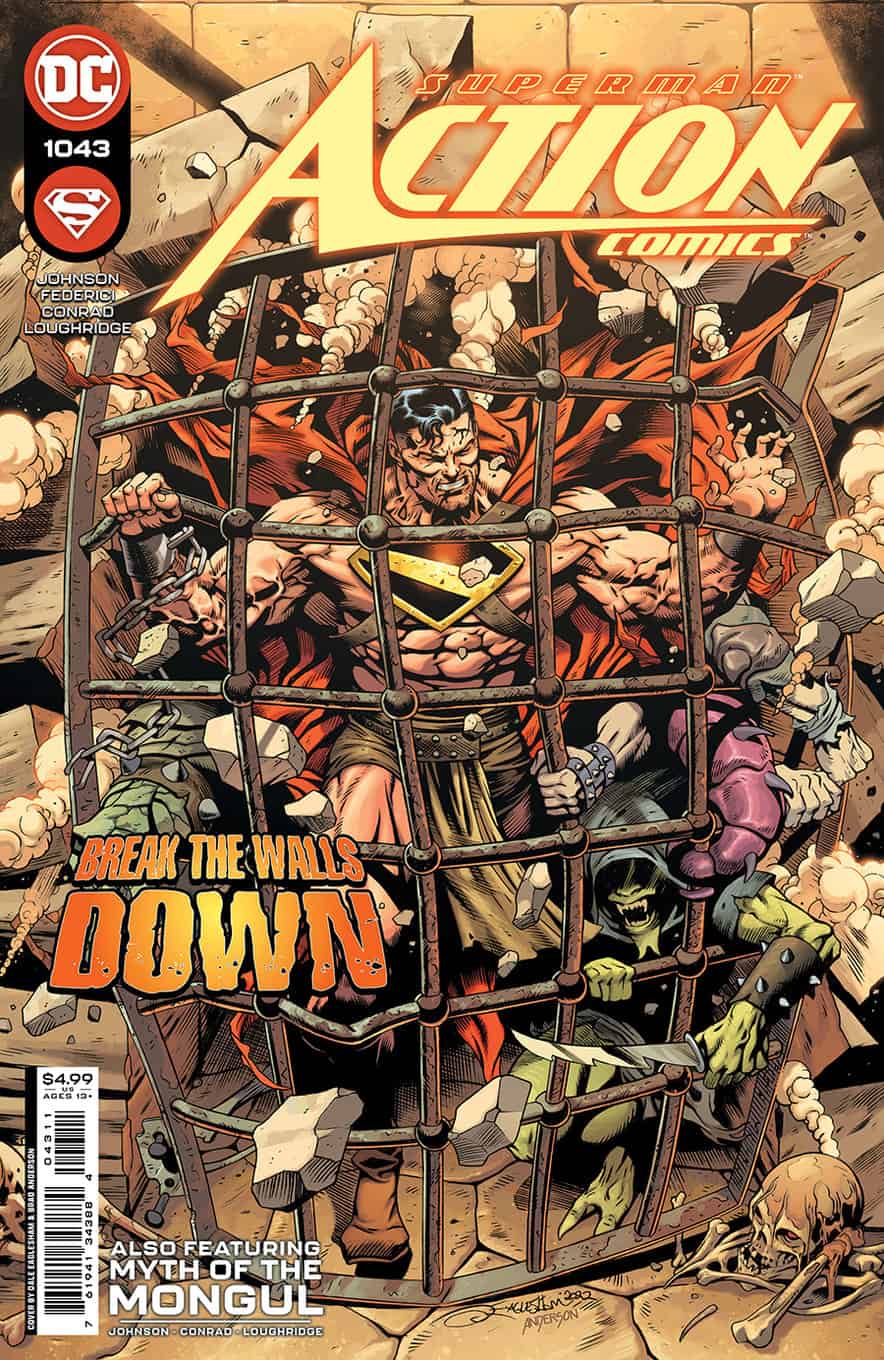 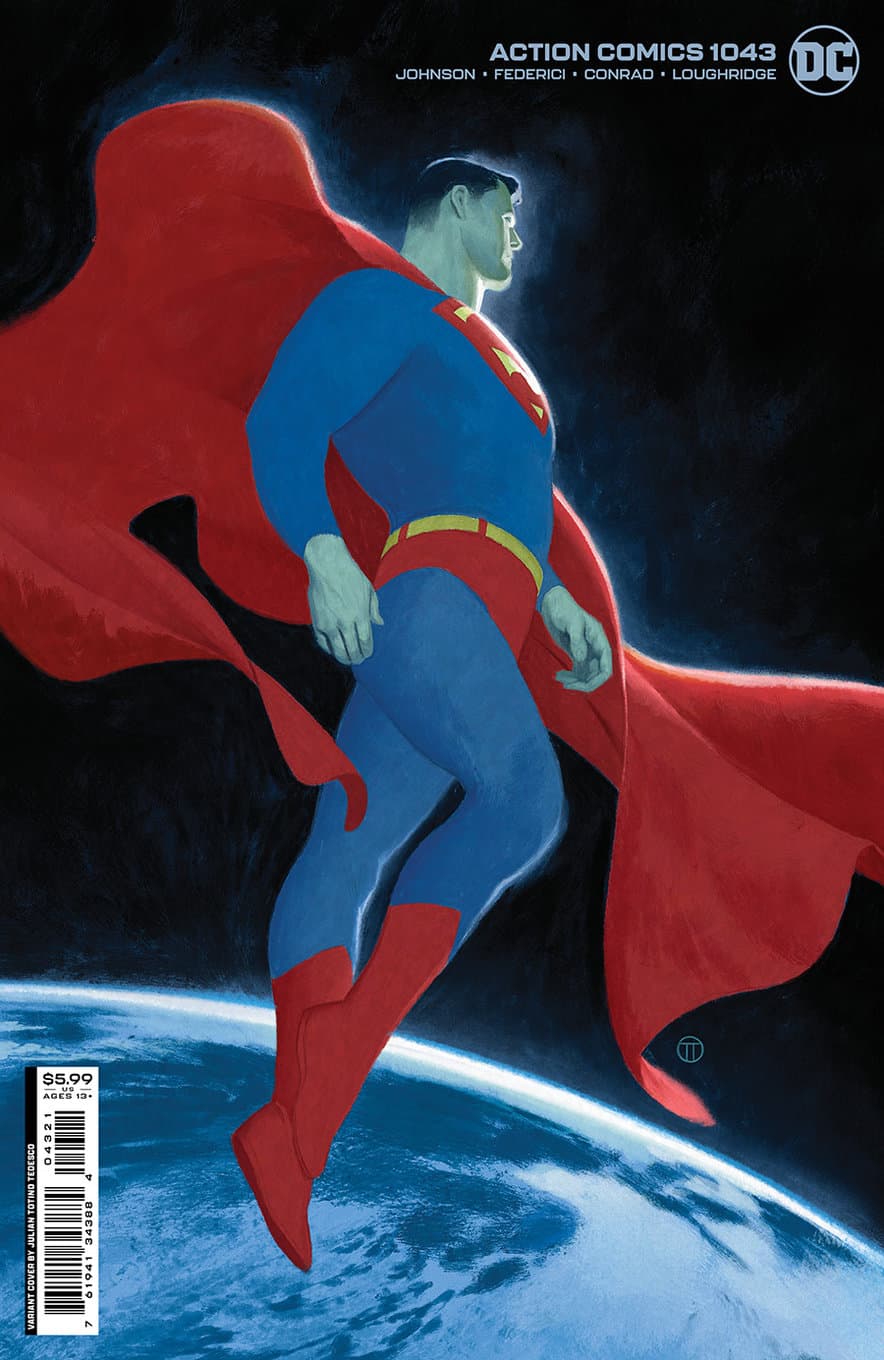 The promise of the issue can be discerned from the solicitation.

The next chapter of the Warworld Saga begins! Following the first victory by Superman and the Phaelosians, the Warworld Rebellion has begun. But Mongul has become more merciless than ever, cracking down on his enemies with unspeakable cruelty. With Superman’s people suffering and his options dwindling, his thoughts turn to the mythical necropolis that supposedly lies at the heart of Warworld. Superman’s epic space adventure continues in this new arc!

Then, in “Myth of the Mongul,” journey back to the origin of the first Mongul in history…and uncover deadly secrets that could spell certain doom for Superman and his revolution!

Superman continues to lead the revolution on Warworld, while still missing his wife and son, he is amassing gains against Mongul. 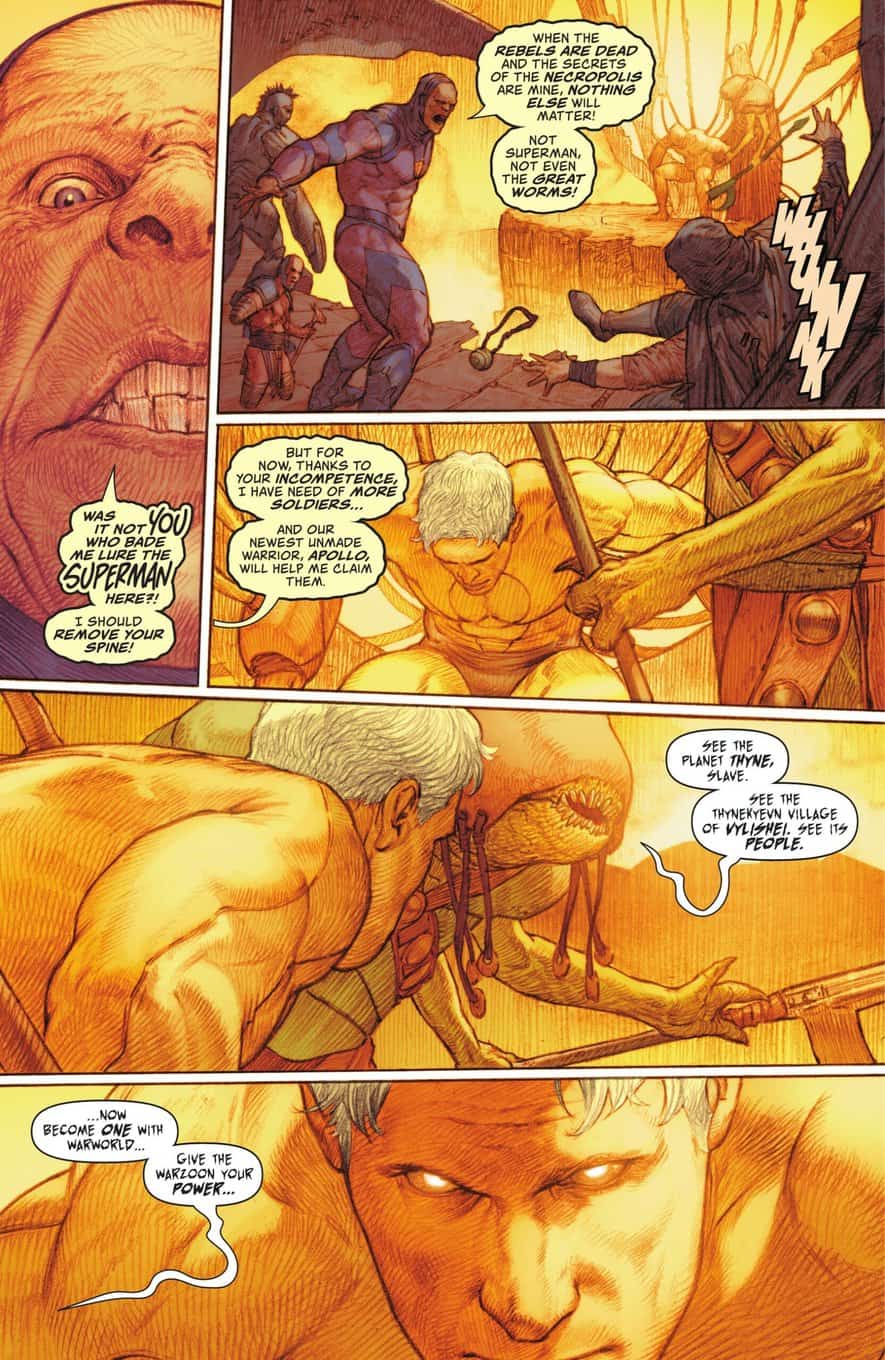 Mongul still has an ace up his sleeves in Apollo, a Superman-level super-hero, who may help him crush the revolution as Warworld continues its conquests across the galaxy. 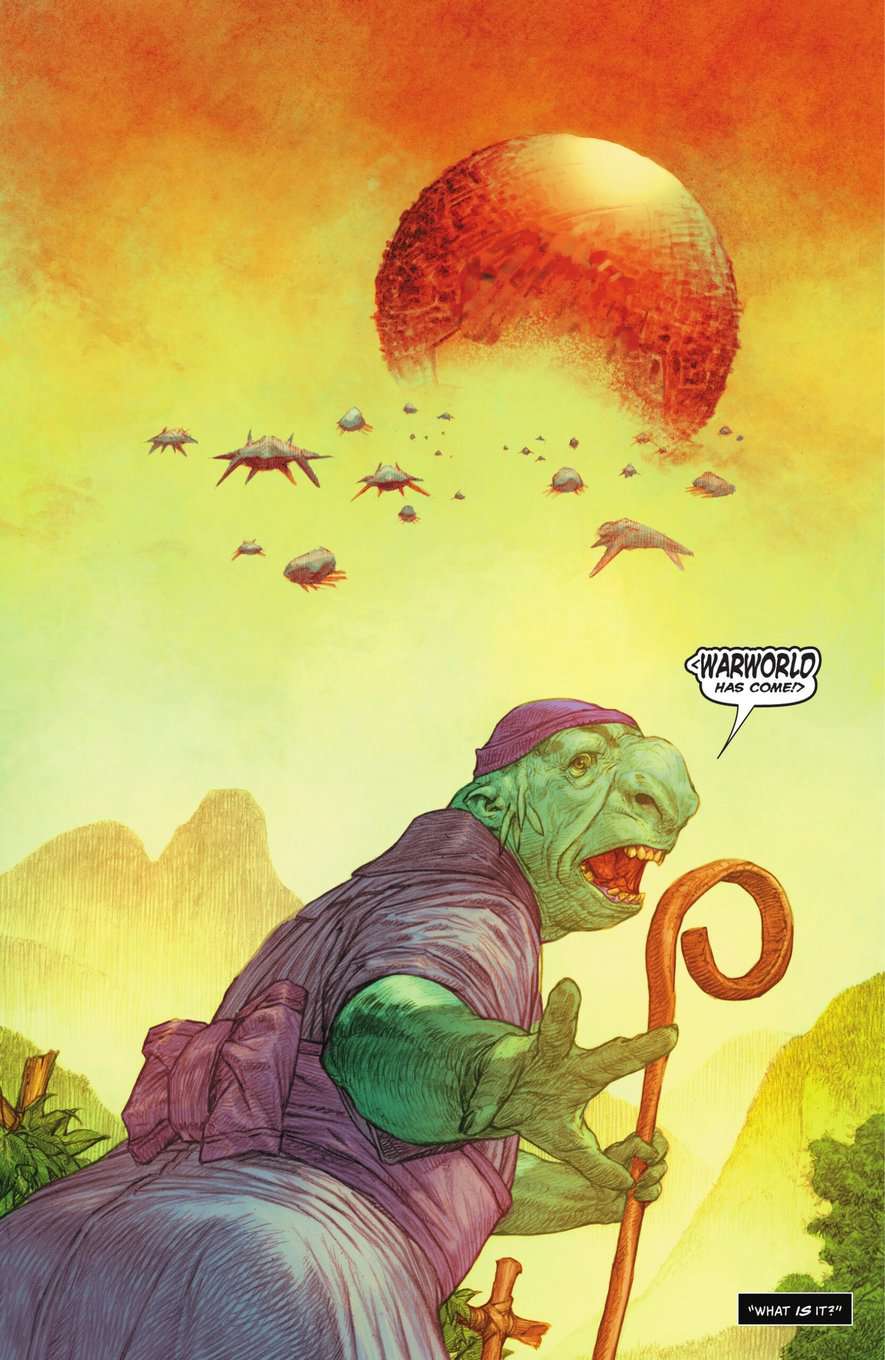 The revolutionaries revel in their recent victory and wonder who or what is the “Orphan” they liberated from Mongul. 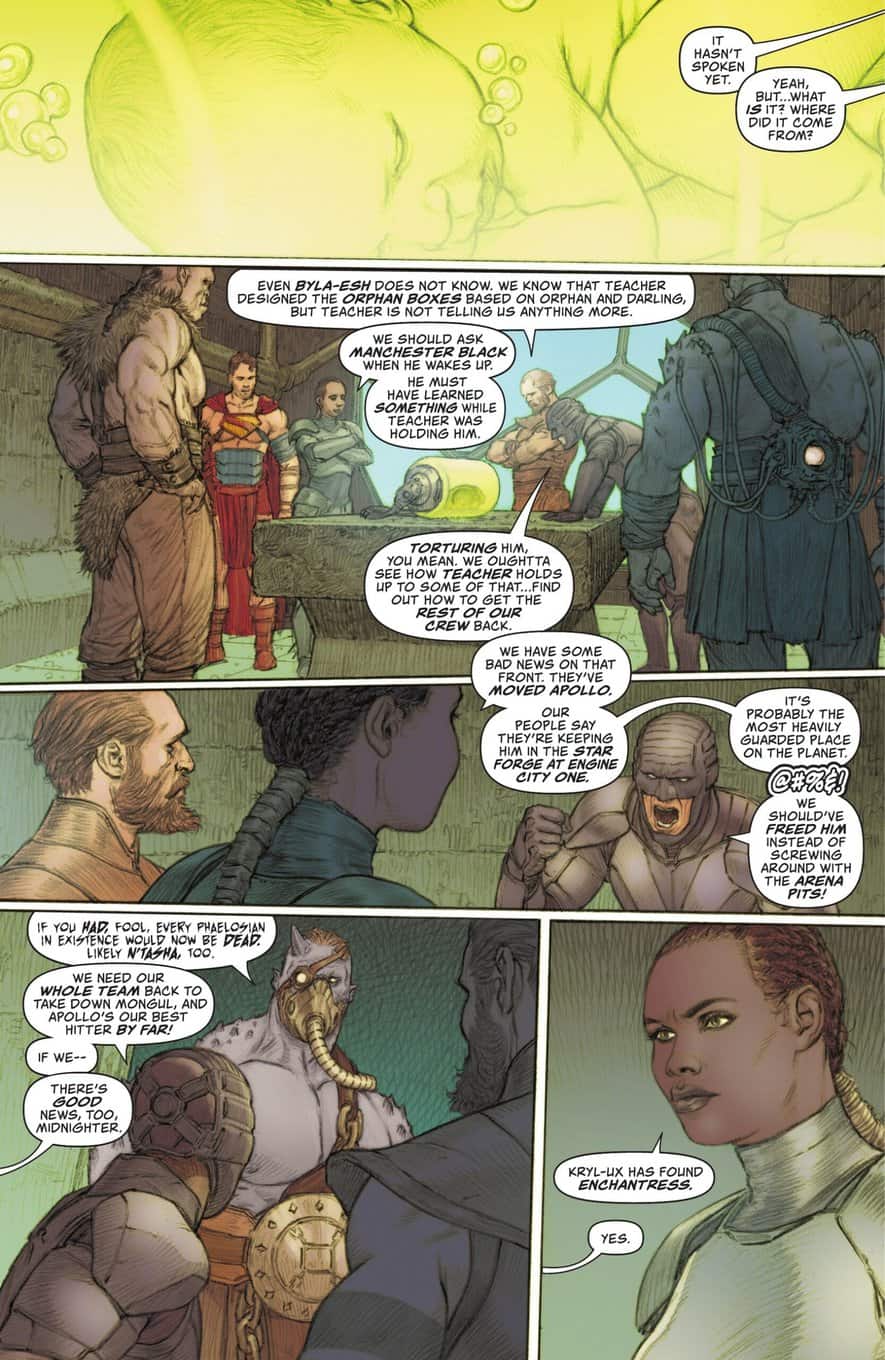 Mongul has now conquered an allies world due to the activities of the United Planets reneging on an agreement with that world’s ruler. 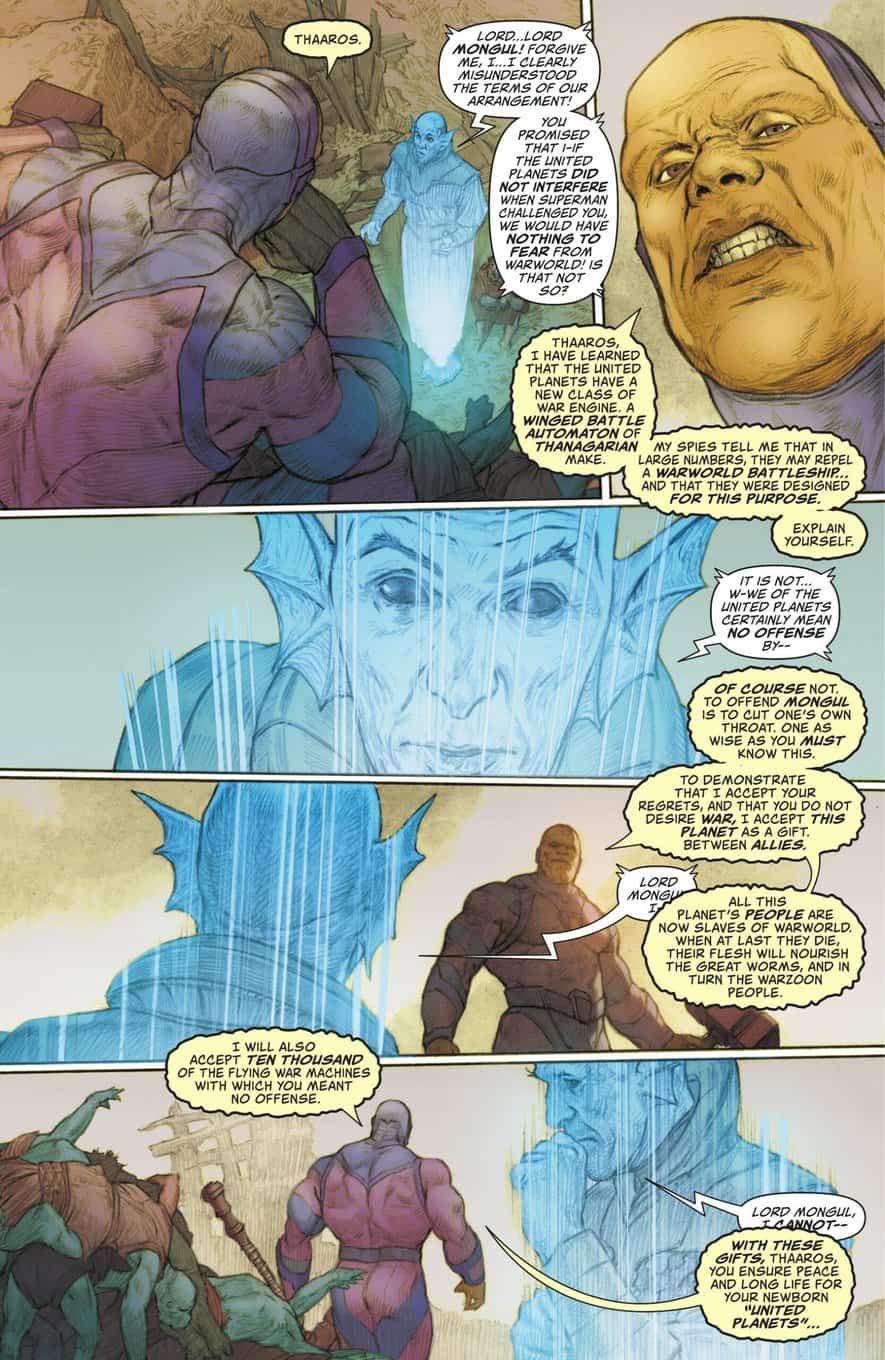 Elsewhere, Superman learns of the history of some of cosmic gems and… 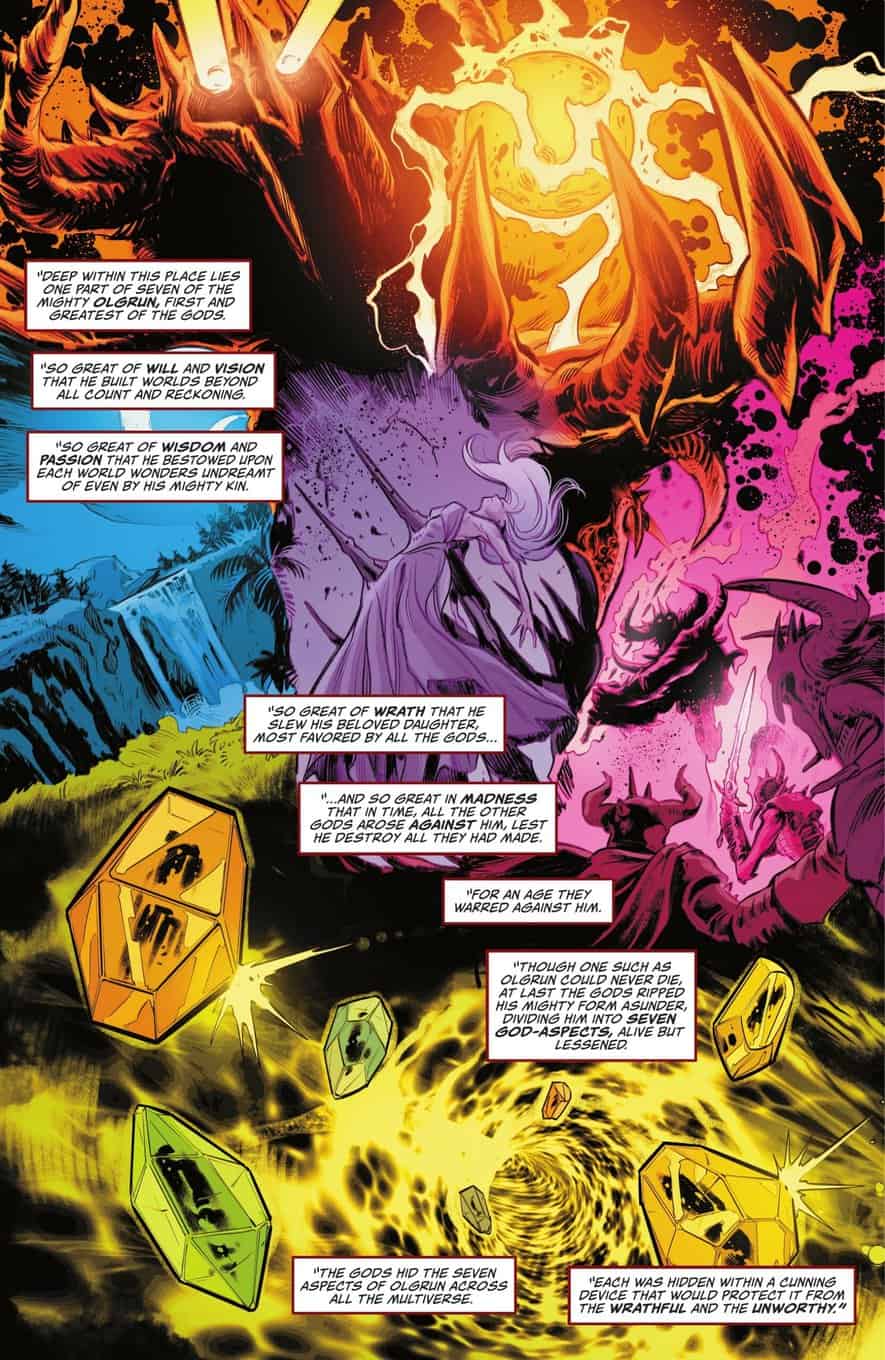 …their ties to what Warworld really is as… 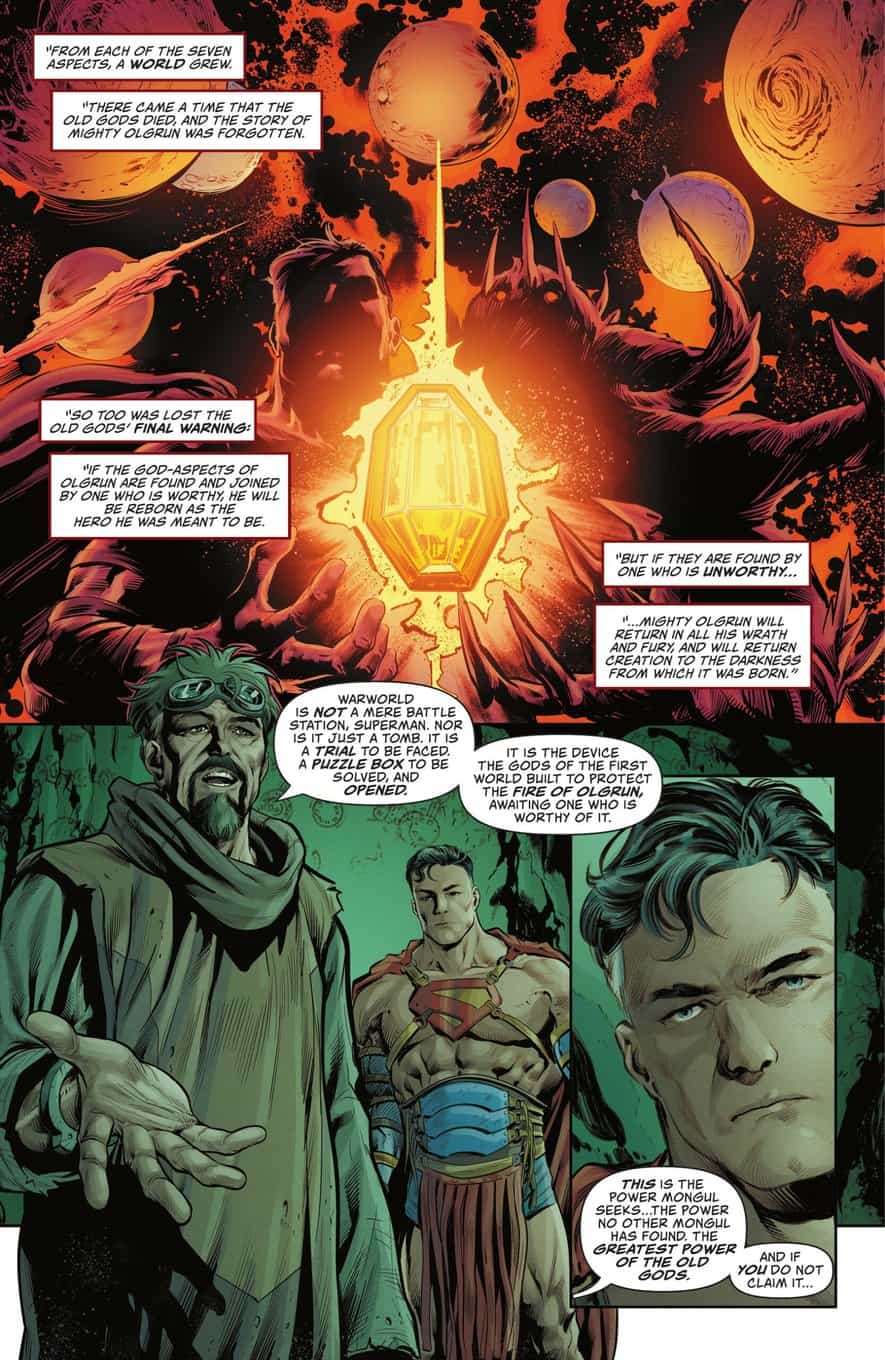 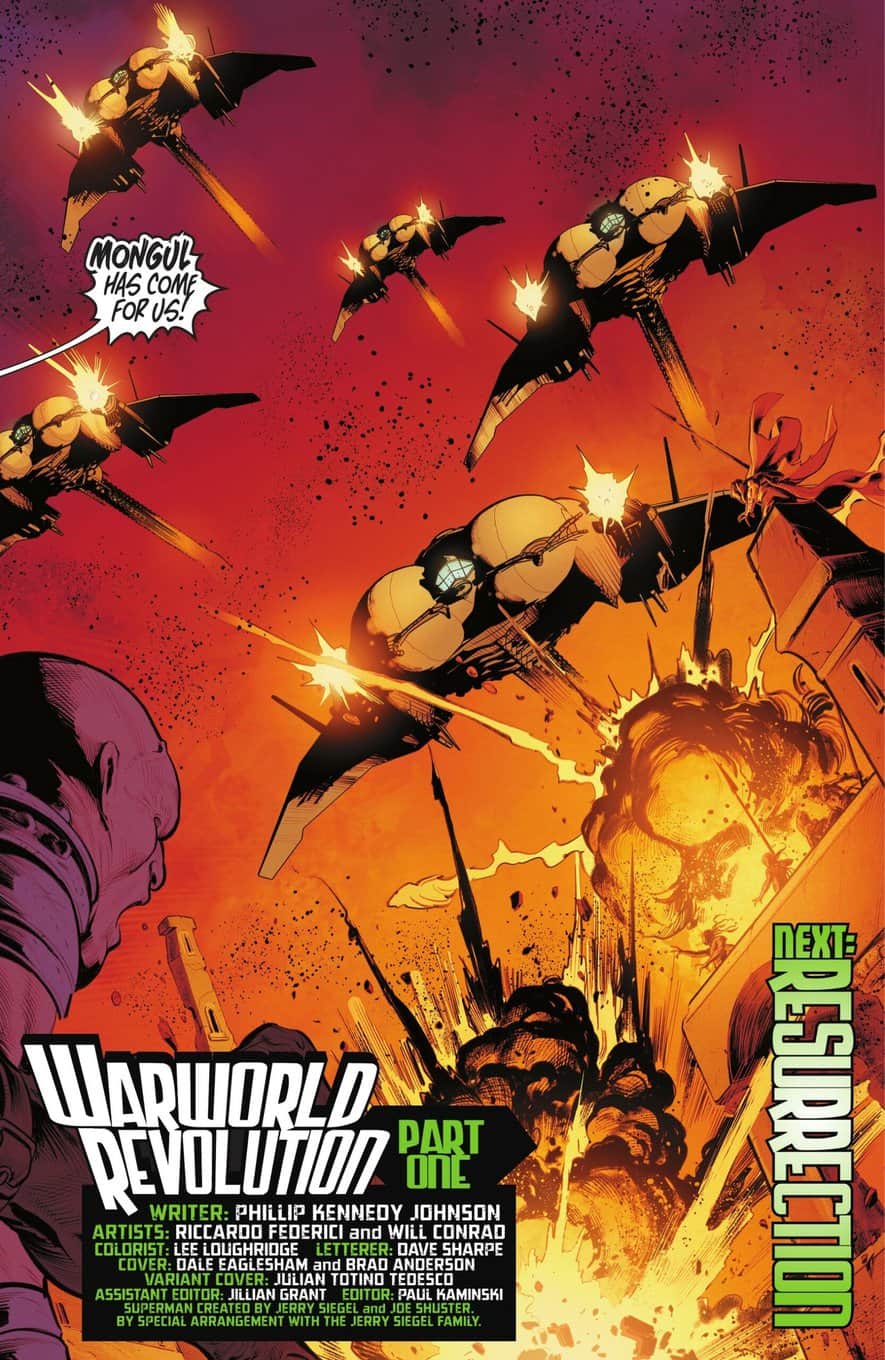 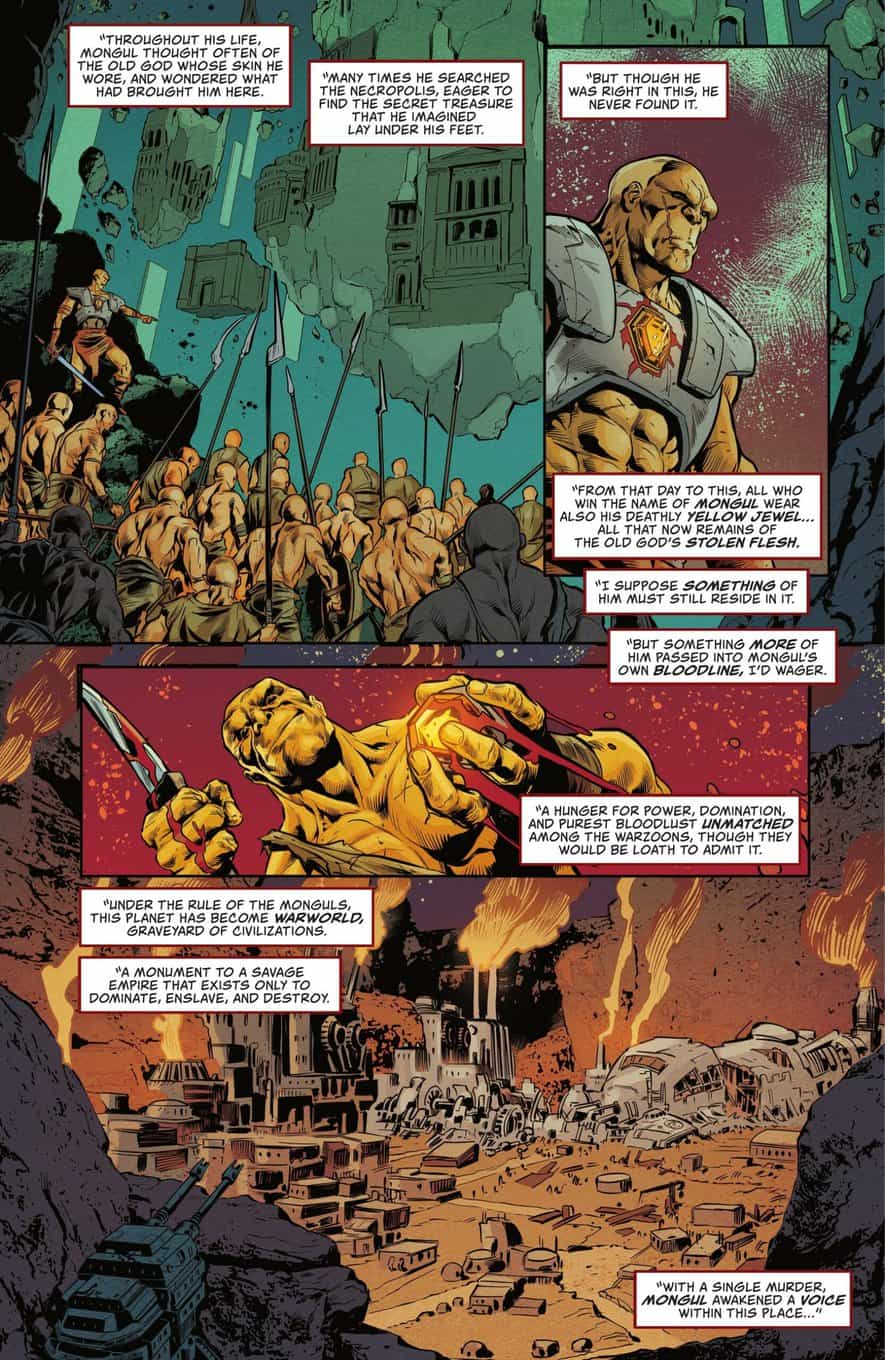 …that’s one that focuses on Mongul’s origins as told by his captives. 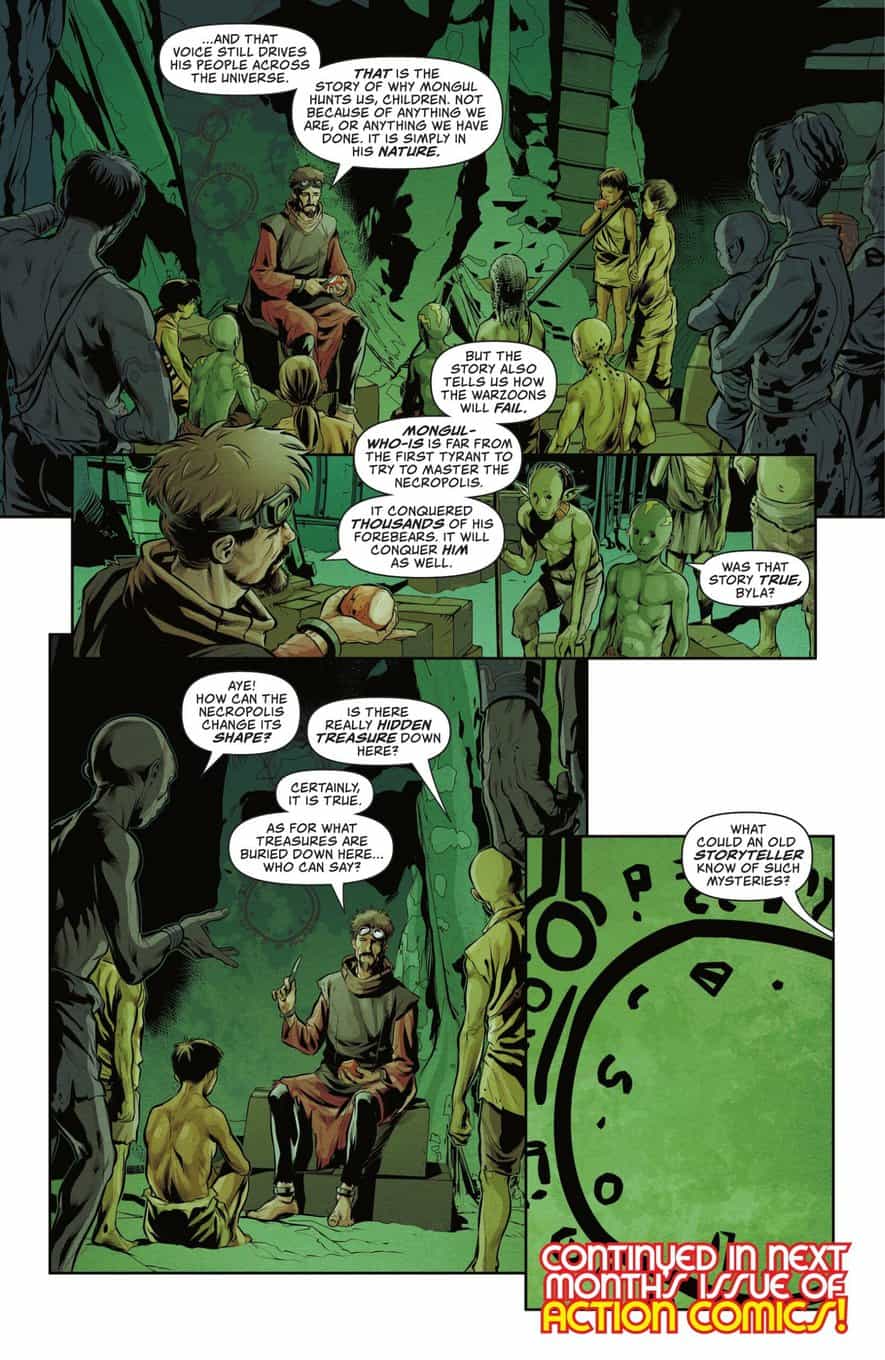 A satisfying read from cover to cover. Both stories were well written and rendered and complemented each other. Curious as to what’s next concerning the Orphan as well as Apollo and the Authority. 7 out of 10.